In ‘The Babadook’, The Monster Is Real

In ‘The Babadook’, The Monster Is Real 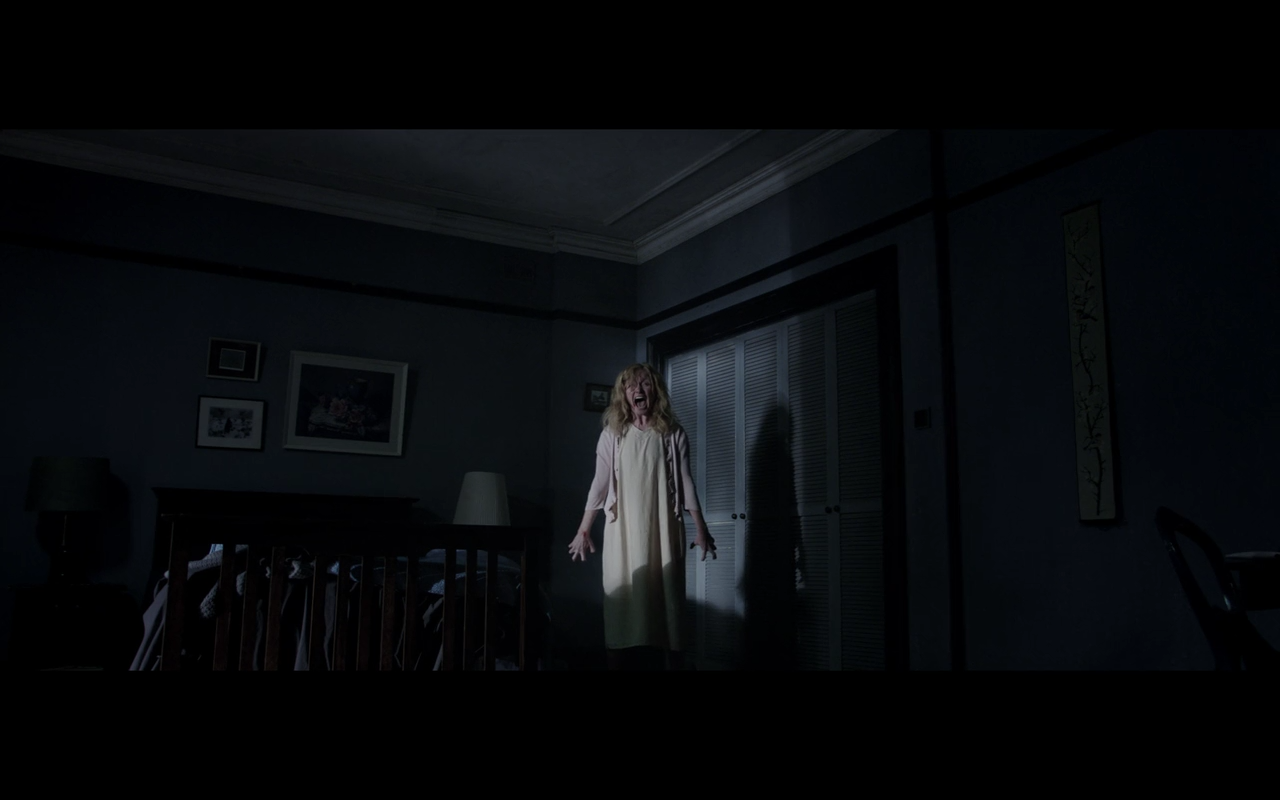 Happy Halloween from The Netflix Club! This month, we’ll be doubling down on our output, focusing exclusively on horror movies with a new essay every week. More spooky fun for your Halloween season.

Movie genres are fickle beasts, and few are as fickle as horror movies. Horror movies are transparent in their purpose—they mean to scare you—whereas most other genres have an obligation to theme. Not to suggest that horror movies don’t have a point, but they don’t typically have much room to explore or philosophize. They make their point by acting as a cautionary tale, very rarely dealing in shades of gray.

Characters who are immoral, deceitful, or crass get killed—often first, just to really drive it home—and the character who is most logical, understanding, and empathetic will be the one to emerge alive in the end. Using this kind of black-and-white approach is an easy way to direct the movie’s focus away from murky questions of theme and character, and instead hone in on the elements that we really tune into horror movies for: suspense and anticipation.

And that sense of tension and anticipation is where we’re most critical of horror movies. They go on for too long relying on jump scares, so we get annoyed and stop watching; they spend too much time showing and explaining the scary thing and its mythology, so we get bored and stop watching. But most commonly, they spend so long trying to figure out that crucial balance that they forget to make any of it feel real—it doesn’t feel tied to the real world, the characters don’t seem like they’ve ever done real life stuff before, and the result is that it just doesn’t matter. Sure, it’s always better if our protagonist gets out alive, but if they don’t seem like someone who has anything else going on outside of this movie, what difference does it really make if they live or die?

It’s in this matrix of story, horror cliché, and reality that The Babadook stakes its claim, and the results are a heady brew of thematic horror. It’s not that The Babadook is defying the horror movie tropes that you’re used to; it’s that it’s using them as the building blocks for a heartbreaking story about mother and son. The quintessential disturbed little boy that we’ve seen in The Ring and The Omen and countless others is present here, but there’s no mystery about what troubles six-year-old Samuel, as he so glibly explains to a woman in the supermarket that his father was killed in a car crash en route to the hospital for Sam’s own birth. 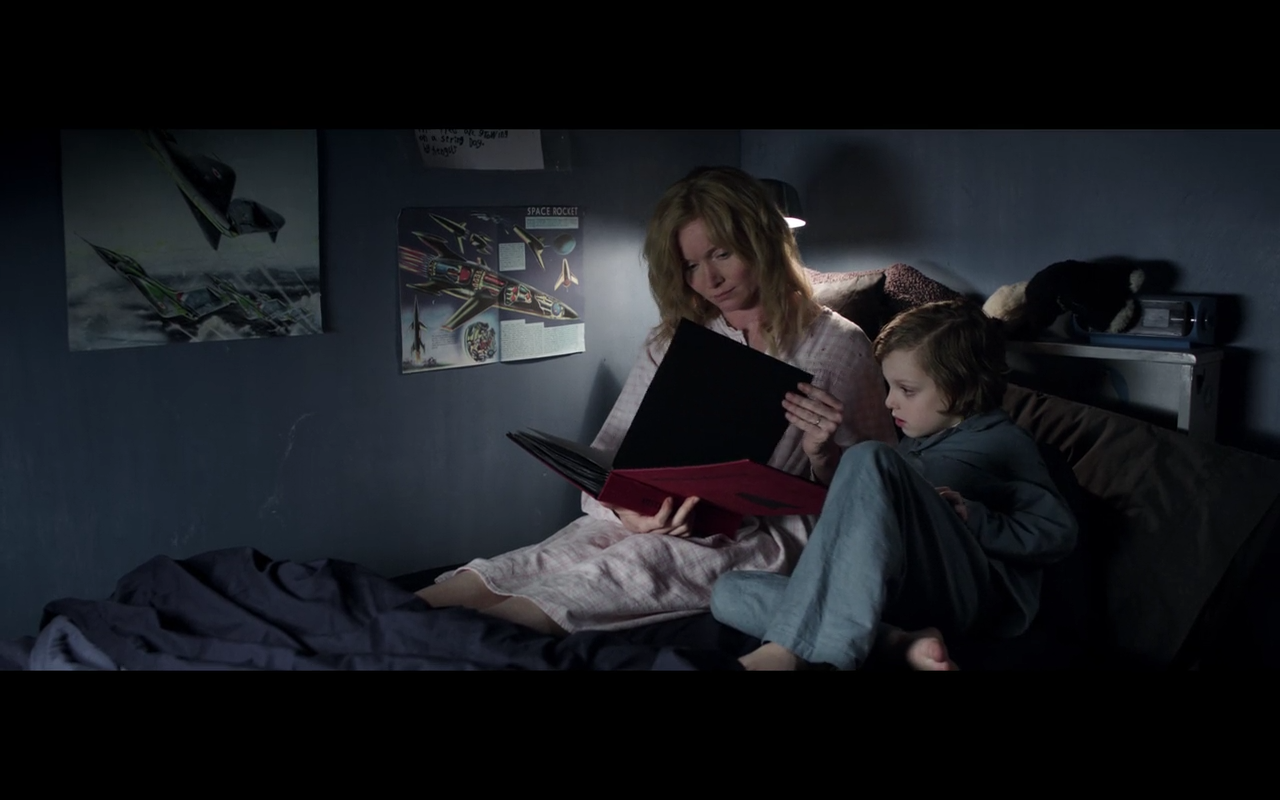 The film’s frantic depiction of his mother Amelia’s life as a single parent establishes her as an emotional house of cards, a character ripe for the unraveling that begins with a bedtime reading of a mysterious picture book called “The Babadook.” And while the role of the Babadook itself as a metaphor for childhood grief is not the most subtle once Samuel’s origins are known, its emotional truth renders it more genuinely scary than any amount of CGI or trick camerawork could. The horrifying monster of this narrative is not confined to the house or the child or the pop-up book from which it emerges: as a manifestation of suppressed grief between mother and son, it terrifies with its total pervasion of all facets of life. 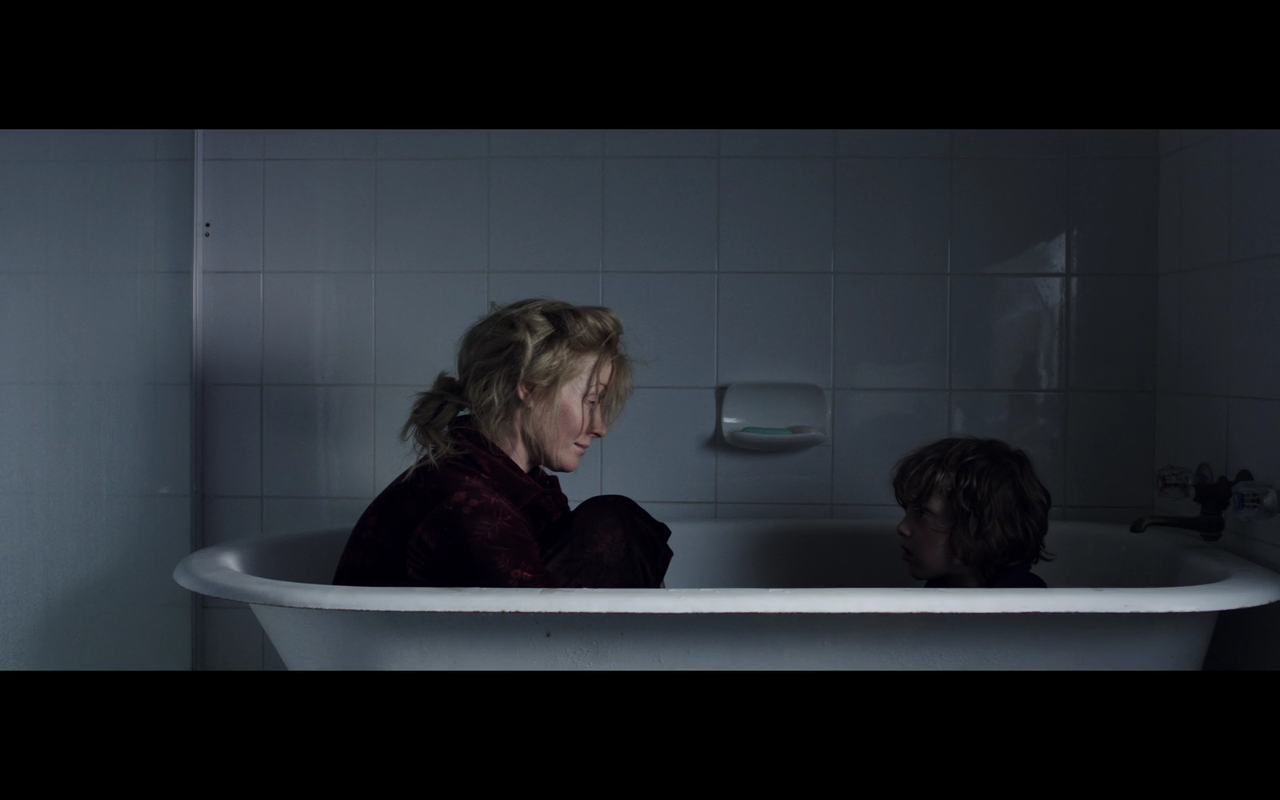 The Babadook can also prove relatively divisive in its full-on approach to theme and character. Those seeking a straightforward monster thriller will get their dose of horror in the film’s shadowy corners, dark closets, and searing fluorescent lights, but may scoff at the film’s thorough treatment of character and an ending that, while thematically complete, is atypical of most horror movies.

In the emotional gray space of grief, it constructs a horror movie that is every bit as honest as it is downright terrifying.

Be not mistaken, however: story-driven as The Babadook may be, it is precisely because of its commitment to character and theme that its scares are among the most satisfying in recent memory. Rather than relying on gimmicks (looking at you, found footage movies), The Babadook finds genuine horror in its story, sold on the masterful execution of director Jennifer Kent. Under Kent’s direction, Amelia’s life is depicted as a suffocating, tunnel-vision dream of motherhood, whose wired energy and emotional numbness keeps us tense for all of the film’s tight 93-minute runtime. It’s not an easy watch, but the best horror movies aren’t.

What makes The Babadook terrifying and powerful is that it takes place in a world of undeniable realness and intimate familiarity, one that doesn’t just operate on our preconceived ideas about how horror movies work or what their characters do. In the emotional gray space of grief, it constructs a horror movie that is every bit as honest as it is downright terrifying. In short, it works as a great horror movie because it works as a movie, period. Its characters are three-dimensional, complete in their flaws. The story doesn’t exist to be scary; it is scary because it could exist.