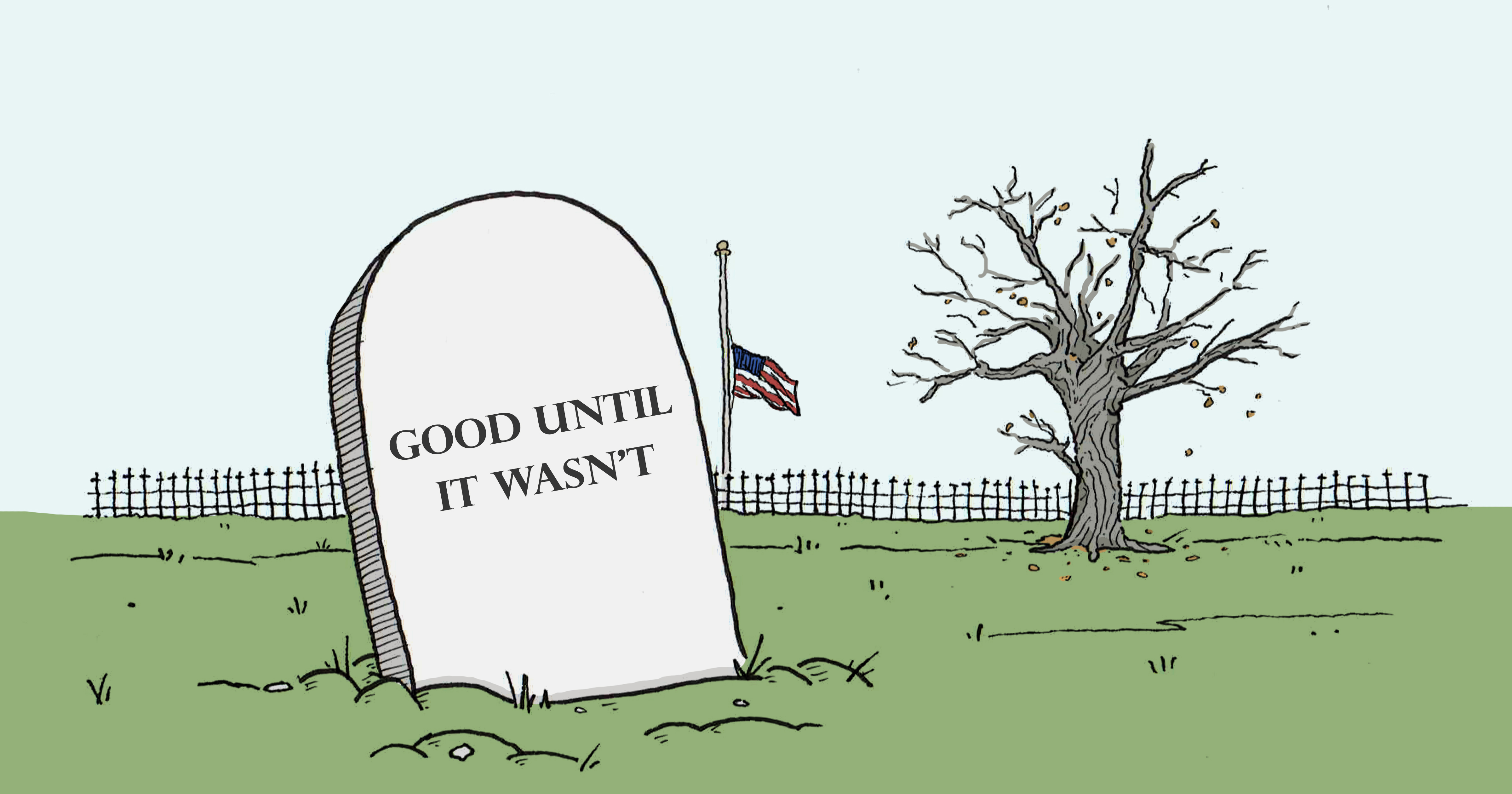 Conventional P. Wisdom was buried in the Arlington National Cemetery Friday afternoon, just three miles down the road from the White House. Known to friends and family as “common sense” or even “political science,” Wisdom had a long and fruitful career all across the United States, working in D.C., New York, Chicago and beyond for decades.  It died Tuesday night.

Conventional Wisdom’s death was announced by family members early Wednesday morning. The esteemed facet of political discourse was on life support for some time before election night; rumors began to swirl earlier this year that it had fallen ill following the Republican nomination of Donald J. Trump, but it continued to make public appearances through last month. Wisdom is survived by punditry members such as Nate Silver, who lovingly memorialized the longstanding assumptions that constituted the foundation of political commentary this past week.

“Not that the polls covered themselves in glory,” Silver tweeted Wednesday night, “but (as with Brexit) the failures of [C]onventional [W]isdom were demonstrably worse.”

Experts and historians suggest that Wisdom’s impact on political conversation will be remembered fondly even as its relevancy fades into oblivion. The clarity that Wisdom provided observers was invaluable for a while anyways, with measurements like the number of contributions, endorsements, incumbent popularity, campaign infrastructure, and paid advertisements, which at some point seemed to be pretty okay at predicting elections.

The burial service was quick and overcast. Some 40 members of the pundit class gathered around the mahogany casket as it was lowered into the ground, their gloved hands pressed tight until the deceased narrative was out of reach. It began to rain.

I made my first political prediction on August 6, 2015. I was sitting on my friend’s couch, gazing up at a flat-screen.

“There is a 50 percent chance that man will be the next president of the United States,” I declared, a hand full of popcorn halfway to my mouth.

I was referring, of course, to Jeb! Bush — former Florida governor, brother of George, son of George. He’d just finished his introduction at the first Republican primary debate, and I picked him as a shoe-in for the ticket. After all, that was the conventional wisdom. Jeb had the name recognition, the establishment support, centrist views to a tee, a bit of experience AND didn’t sound like an idiot right out of the gate. What wasn’t to love?

Turns out, this was a heck of an election to jump into politics.

I’ve been trying to start following the news since I was 12. For a while, I was an idiot, and nothing I’d pull up on the New York Times or Chicago Tribune made any sense — as if I’d tried jumping into Game of Thrones with the Red Wedding. Then, I got to college, and one of my majors was journalism, and the other one was political science, and I  came to the conclusion that I’d better figure out this whole “election” thing and stop being an idiot already.

I read the news. Then, I inhaled the news, leaping from analysis to historical precedent to every insider’s take I could find. At some point, I realized that there was a science here, or something. Everyone else seemed to know what they were talking about, had a sublime (data-backed, even!) rationale for every call. With every article, some undercurrent of thinking that explained everything tugged at the fringe of my periphery. I just had to pin it down.

So yeah. I picked Jeb. Then, Jeb dropped out four states into the Republican primary. This was the start of a long, consistent pattern, ultimately leaving me and the rest of America’s political class bruised and battered on the other side of Election Day about 460 days later — wrong. Again.

I don’t want to belabor any of the news media’s mistakes here — whether it be Nate Silver’s “7 Stages of Doom” for Donald Trump, the $2 billion in free airtime cable gave him, or the polling misses that led to a stunning upset — right now. That’s the media narrative at the moment, and frankly I’ve got nothing to add to the noise.

But as someone who tried to “learn” politics this year, Tuesday night was an atom bomb. I can’t understate that. The fact that we didn’t really see President Trump coming after all this time, after every mistake, one after another is humbling and shocking and damning, and we are headed back to the drawing board.

And yet. I can’t help but feel that I — we — know less than ever about how American democracy is supposed to work. A Trump presidency is as much a victory for anti-intellectualism as it is a curb stomp to the data-driven status quo that journalists have been operating within for decades. A candidate that didn’t do his homework and a campaign that didn’t lay the groundwork was not supposed to win.

It was hubris to assume I could know anything about the mind of the average voter, nevermind a Trump voter. The sting hasn’t faded yet — it won’t for a while — even as the pundits parse the smoldering remains for the lessons we can all learn all this. But as a newcomer, the only lesson I feel in my gut is that there isn’t one; we were just wrong.