They Took to the Streets: Wome.. 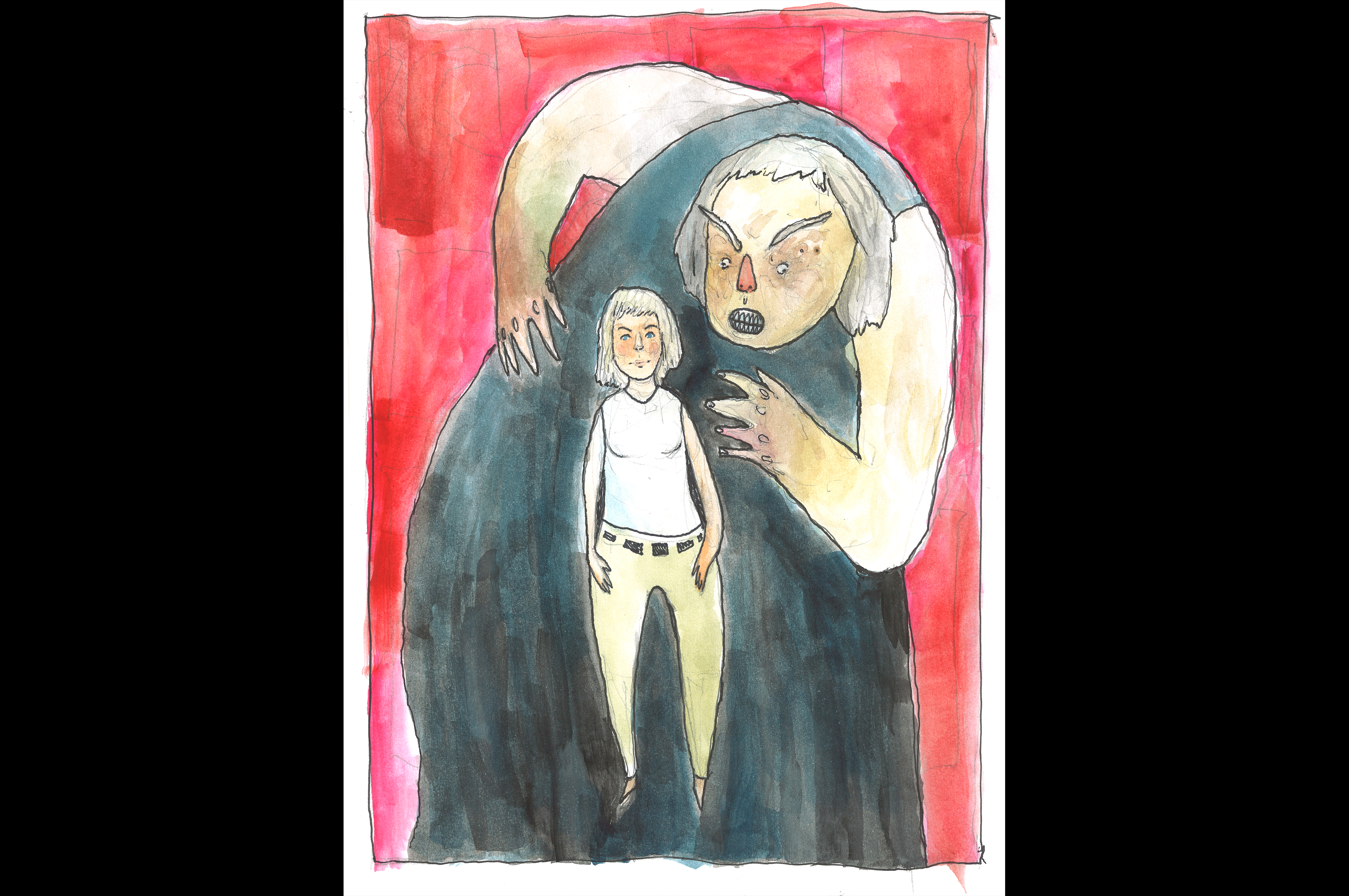 Katerina Fager, an 18-year-old Czech woman, stood in a very long line at McDonald’s. People had come from out of town to go to one of the first, if not the very first McDonald’s in the Czech Republic. The year was 1994, four years after the fall of communism in the former Czechoslovakia, and capitalism was in full swing. Jeans, junk food and commercials were all entering daily life, and everyone wanted a bite.

For Katerina and her teenage friends, capitalism was exciting. They grew up wearing the same communist manufactured sweaters and shoes. There was no variety, only what the state offered. This didn’t stop Katerina from having a fantastic childhood, but hers didn’t include spending weekends at the mall. Soon though, the idea of a mall wouldn’t seem that foreign.

Twenty-two years later, Katerina doesn’t like to go to McDonald’s. Instead, she might go grab something at Water Tower Place, Chicago’s most iconic mall. It’s only a five minute walk from her office on Michigan Avenue, where she works as a multilingual psychotherapist. While the Chicago Water Tower might resemble the castles in Prague, the life Katerina lives in Chicago is quite different from the one she planned on living in the Czech Republic, but she loves how it all turned out.

“Everything happens for a reason,” Katerina said. This is one of her favorite quotes. She doesn’t say it passively, as if to excuse misfortune; she genuinely believes this.

“Travel is the only thing you buy that makes you richer” is Katerina’s other favorite quote. Before she ever stepped foot out of the Czech Republic, she had fallen in love with geography and started to memorize the world’s different countries.

“You could wake me up in the middle of the night and ask me the capital of any country in the world and I could answer it,” Katerina said. For life under communism though, travel wasn’t an option. Geography class was the closest Katerina could get to exploring the outside world.

After the fall of communism, the opportunity to travel finally arrived. Katerina’s mother saved up for months in 1991 to take a 10-day bus ride around Europe with her daughter. They went to Germany, Austria and Italy, leaving with literally no money in their pockets, only taking enough food to last them 10 days. There was no money for hotels, so they slept every night in their bus seats.

For the the first time in her life, Katerina felt poor. She saw people eating out and buying clothes, and she and her mother could not afford any of this. Even today, it’s hard for her to describe the feelings this gave her. After taking a long pause to reflect, Katerina settled on one word: trapped. She felt trapped by her lack of wealth. She felt trapped in a world where money buys you the better things in life. All she could do was look from the outside in, and imagine what it was like to have money. How amazing it must be, she thought. With these ideas running through her head, she ate her prepared food, saw the sights that didn’t charge, and eventually, retreated to her bus seat.

This trip was also the first moment in Katerina’s life she thought to herself, “I need something better.” She needed a life where she could afford to travel and see the world. She needed to be free. She took the bus back to the Czech Republic telling herself, “I’m going to work my ass off in school.” Her new perception wasn’t a reason to lament. It was a reason to keep pushing for something better.

Three years later, at the age of 18, Katerina found herself on another bus, this time headed to Manchester, England. She was going to work for an English family, and was excited to improve her English.

The English were far from welcoming. The first family she worked for viewed her as an inferior Eastern European, not as an ambitious, intelligent young woman. The second family was not any better.

The last person Katerina worked for was Sandra, a single mother of two. While talking about Sandra, Katerina was forced to take another pause. She hunched over in her chair. “The memories are giving me chills,” Katerina said.

Eventually, Katerina hit a breaking point. She cried to Sandra, pleading for her to let her leave. Sandra said no. “If you try to leave,” Sandra said, “I’ll call deportation services. I’ll tell them you stole from us. You’ll never come back to England.”

“I was scared to death,” Katerina said “I was too scared to tell anyone.” Soon after this, Katerina started planning her escape. Two months later, she approached Sandra, ready to lie her way out of this. Katerina told Sandra that her family member had died and that she had to go back to the Czech Republic. “Fine,” said Sandra, “but I’m not paying you, not one penny.”

At the age of 21, three years after coming to Manchester, Katerina was finally going home. With the help of some friends, Katerina bought a bus ticket to the Czech Republic.

While this was a traumatic experience, Katerina values it. It helped her realize she never wanted to be treated this way again, and she told herself she never would be. Like the bus trip with her mother, this experience motivated her to do well in school. She believed education would give her the freedom to travel.

While Katerina valued school, the itch to travel proved to be too strong. Within a year of getting back from Manchester, Katerina had moved to Kuwait and began working as a stewardess for Kuwait Airways. After the painful experience of Manchester, Katerina was finally traveling in the way she had always dreamed of. She was eating some of the world’s best food, and she was working with people she loved and respected, and they loved her back. Just like in geography class, Katerina studied the globe. She moved her finger from one country to the next, except this time she went where her finger pointed. She wasn’t a poor and trapped young girl, or a terrified au pair. She was finally free.

In 2002, after five years at Emirate, Katerina decided to go back home. Even though it was hard to leave, she wanted to finish her education.

In her first year back, she met her future husband, Dusan. He had flown in from Chicago for the wedding of Katerina’s best friend, and within a year, he had moved to the Czech Republic to stay with Katerina. By 2004 they were married, and by 2007, the couple had a daughter and a newborn son. In 2008, before Katerina could finish her graduate studies, the family moved to Chicago. While they only planned to stay two years, they started to get comfortable. Maybe this could work, Katerina thought.

In 2014, Katerina graduated from Northeastern Illinois University’s graduate psychology program in Chicago. She now works full-time for DCFS (Department of Children and Family Services) and works part-time as a multilingual psychotherapist for families and couples. She believes that her experience in Manchester has helped her better empathize with the children she works with, and she believes her experience at Kuwait Airways, where she flew all over the world and experienced many cultures, has helped her become a better multilingual therapist.

Katerina looked for Sandra on Facebook. She couldn’t find her. Katerina’s not sure what she was hoping to find, or say. She thinks maybe she just wanted Sandra to see her new life, a life filled with success. If Sandra ever did see Katerina’s Facebook page, she would see a picture of Katerina smiling brightly. In her intro, Sandra would see Katerina’s professional credentials as a therapist, and her home, Chicago, Illinois. How about that Sandra, the profile picture seems to say with a smile. How about that?