A Guide to Streetball in Chicago

To Smoke or Not to Smoke

A Guide to Streetball in Chicago 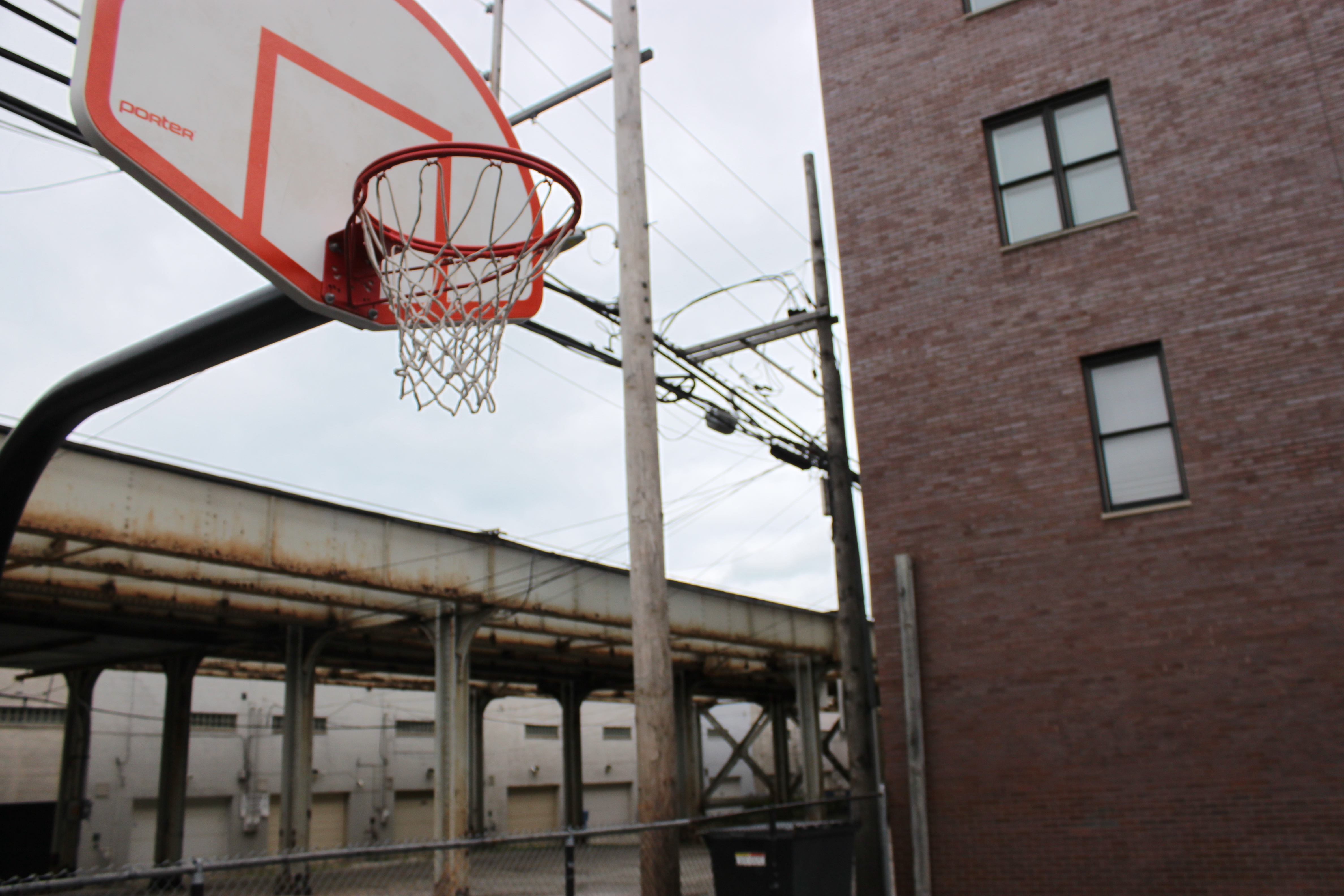 Chicago outdoor basketball players say that there’s nothing better to do come summertime than shooting some hoops outside in the city.

“Chicago’s got a lot of places to play for real. It’s the best ballin’ out here,” said Stanton Park player Michael Lewis. “Outdoors is where it’s at. You’re in the city, gotta make the most out of it.”

Stanton Park features three full-sized courts in great condition, one of them lighted. The courts are situated right behind Skinner North Classical School and two of the courts are semi-fenced in as part of the school. The school uses these two courts for recess, so during the day one should expect only one court to be available. 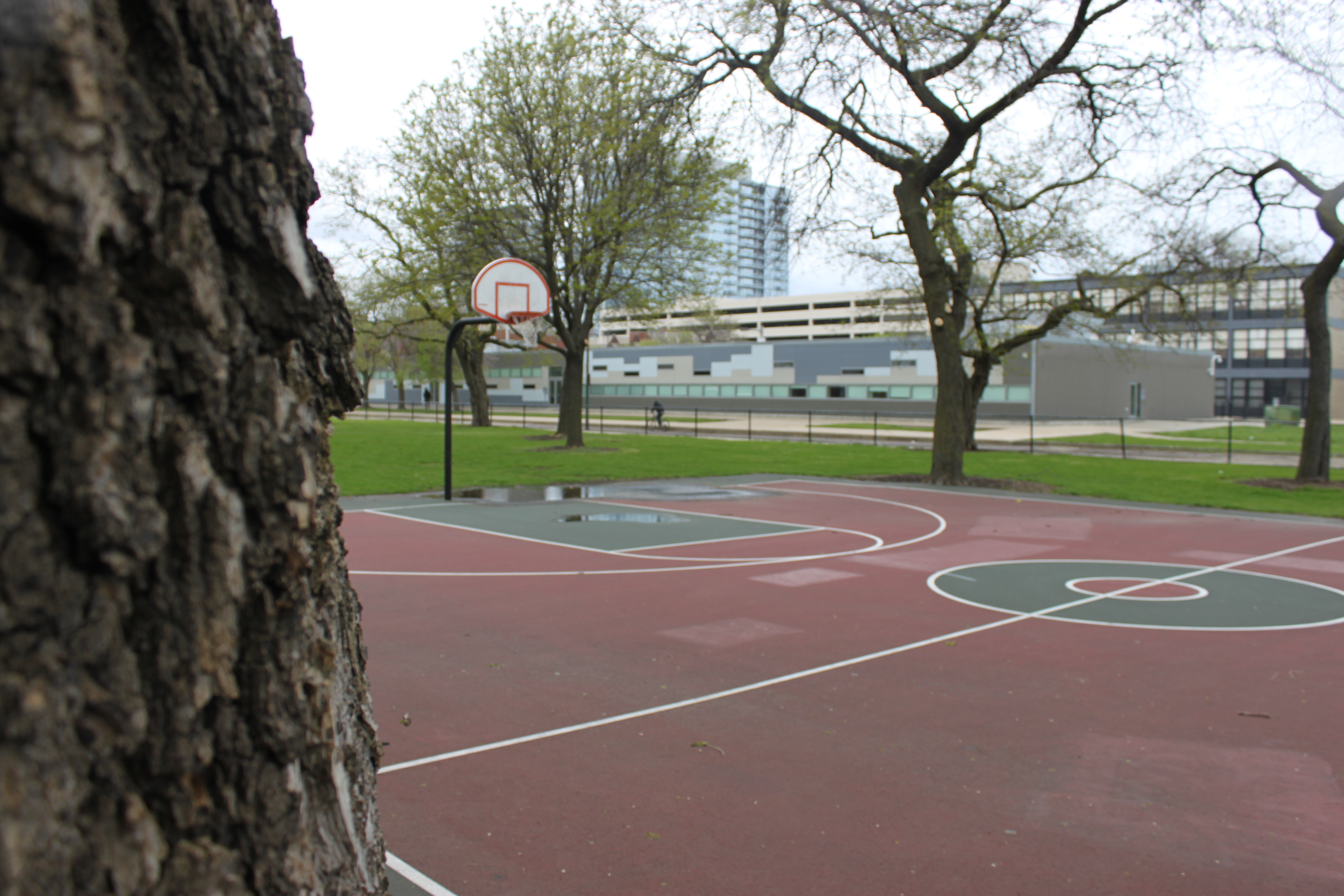 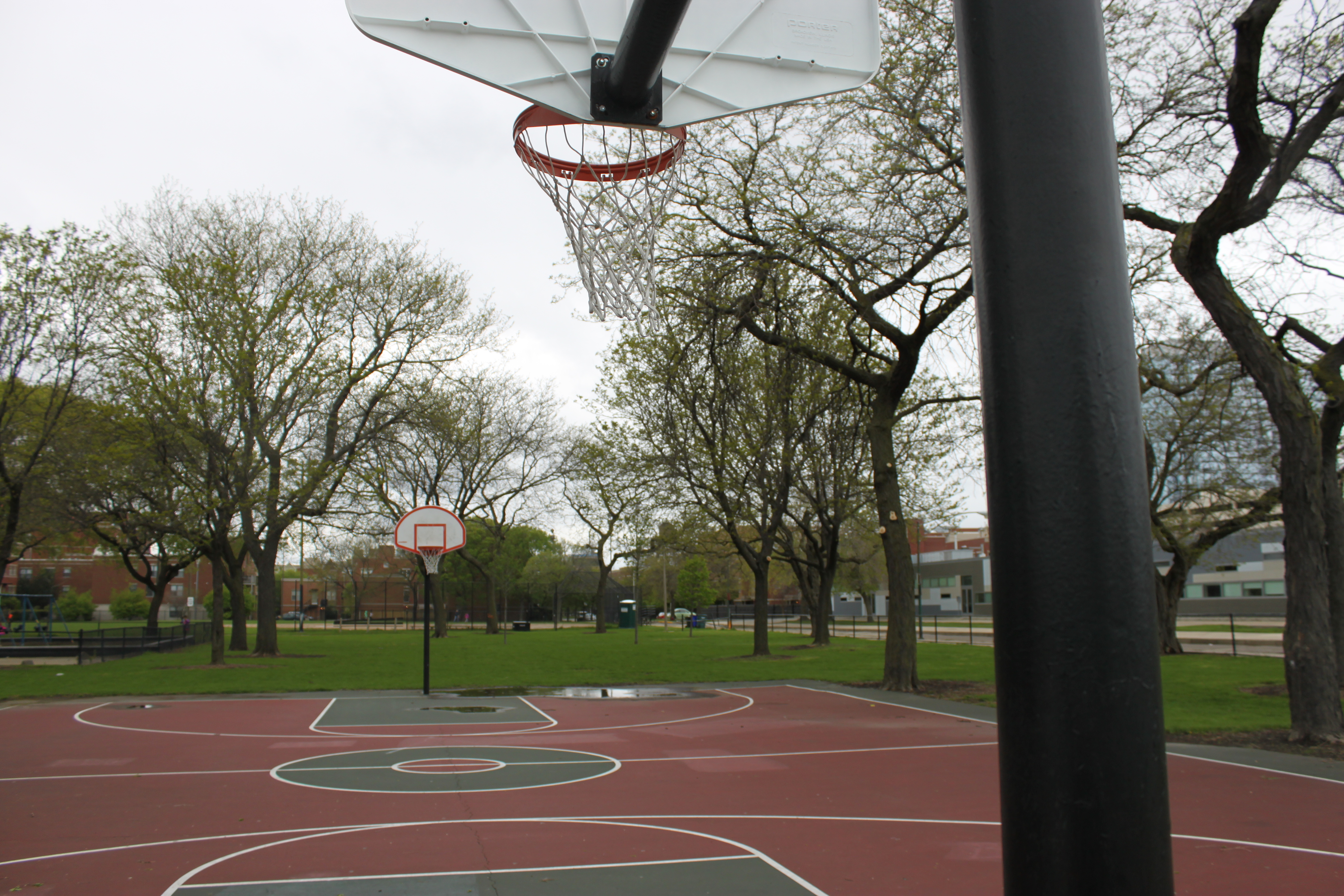 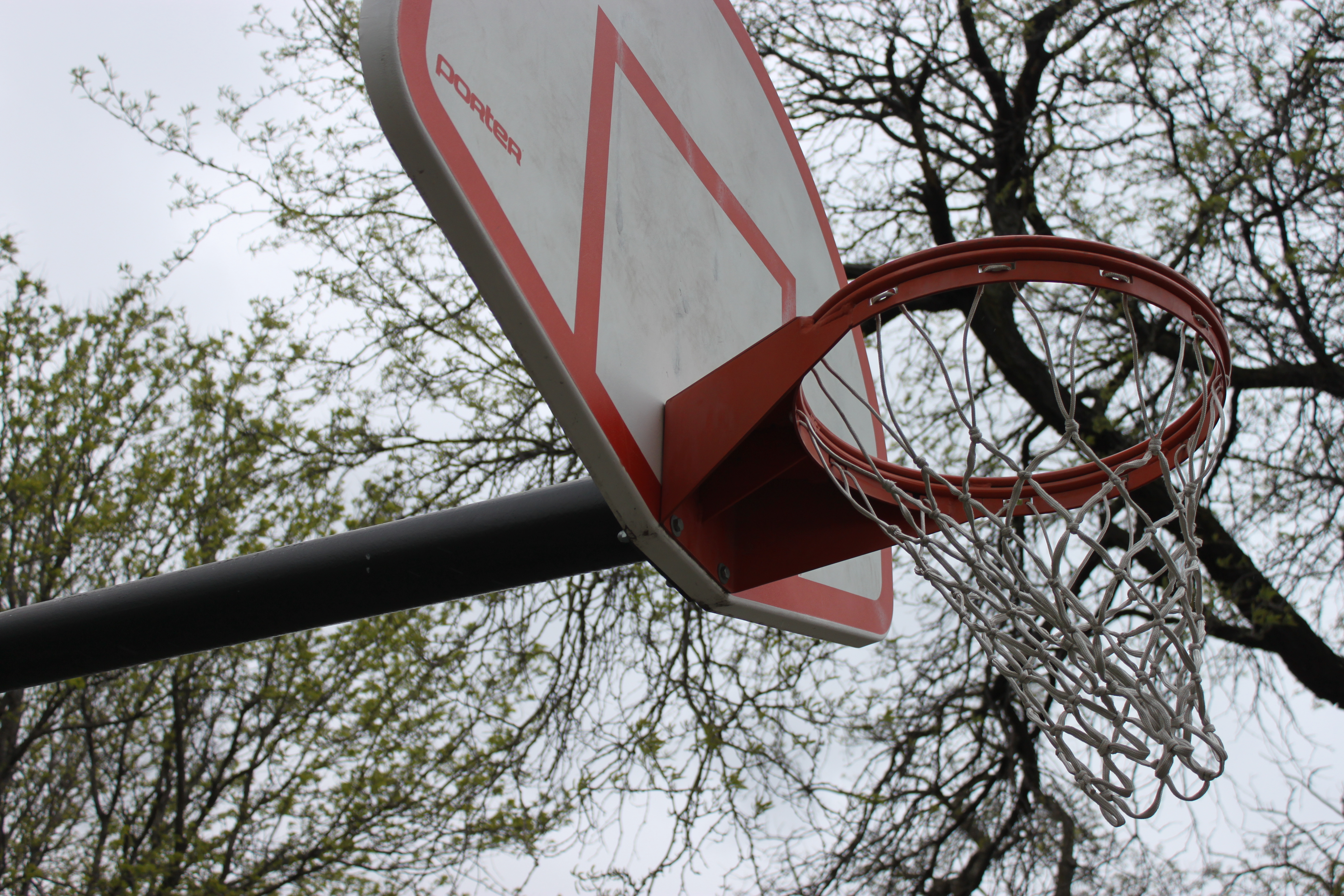 Lewis said while he visits Stanton Park frequently because he lives nearby, he also regularly visits other courts around the city.

Sticking near the North Side,  Clybourn Playlot Park is just a short walk away from Stanton. The single, full-sized court is sandwiched between the El tracks and the busy N. Clybourn Ave. The court itself is in new condition and as long as you’re fine with shouting over the noise of the cars and trains passing through, there’s usually a solid group of people hanging around to get a game started. 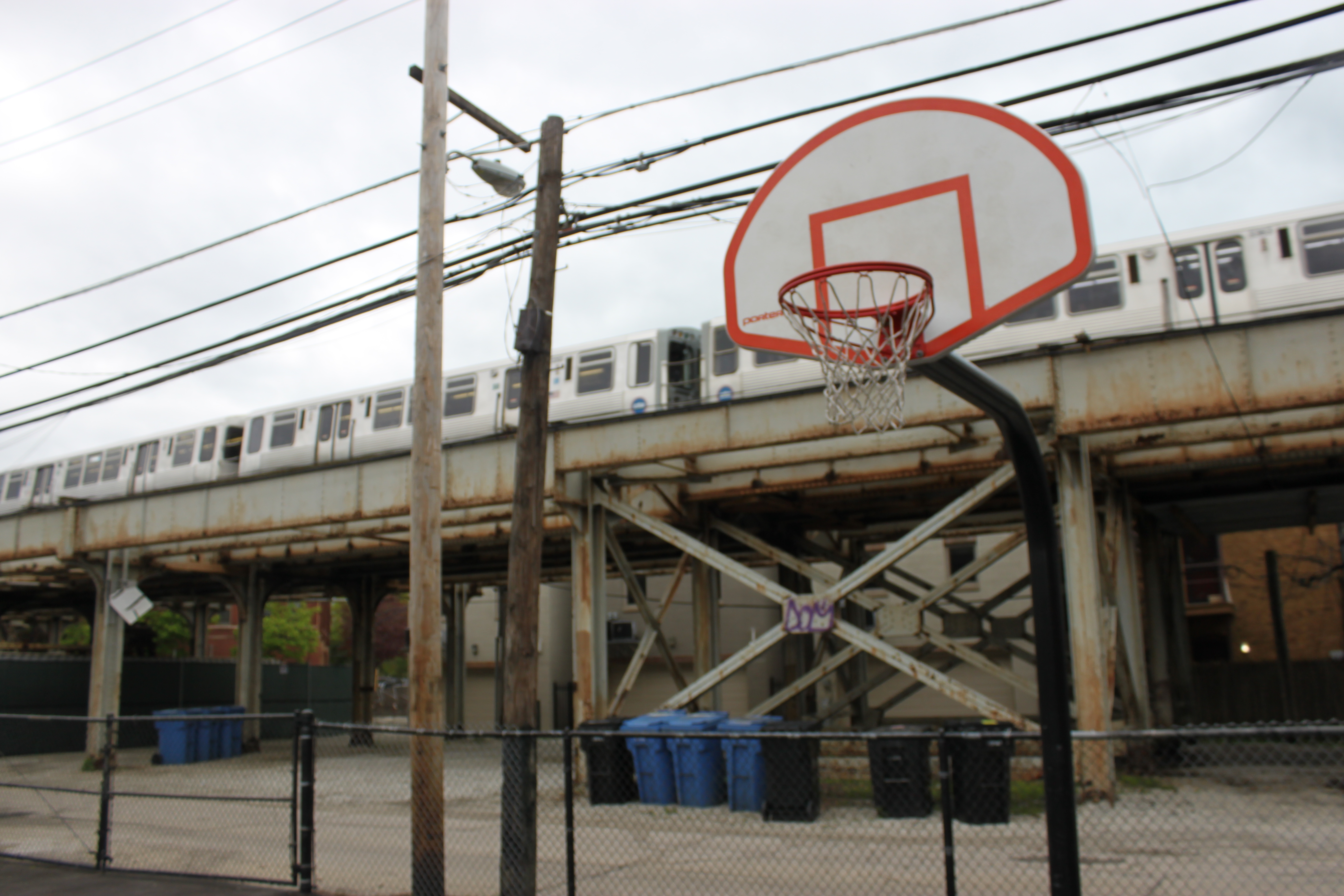 One of those people you might meet is Jason Okrzesik, a former ball player for basketball powerhouse Fenwick High School in Oak Park. Okrzesik also played point guard at the collegiate level, for Northwestern. Today, Okrzesik works at nearby C.H. Robinson, and spends time after work playing ball at the nearby court with his co-workers.

“It’s fun to get out here and just mess around every once in a while,” said Okrzesik. “It’s not a bad area. It’s great. The court’s beautiful.”

Okrzesik said he enjoys coming alone to just shoot around or play some full-court games with his co-workers and other hoopers. Okrzesik and his friends play every Tuesday at 5:00 p.m., so if you’re looking for some competition, Clybourn Park might be a decent spot to check out. 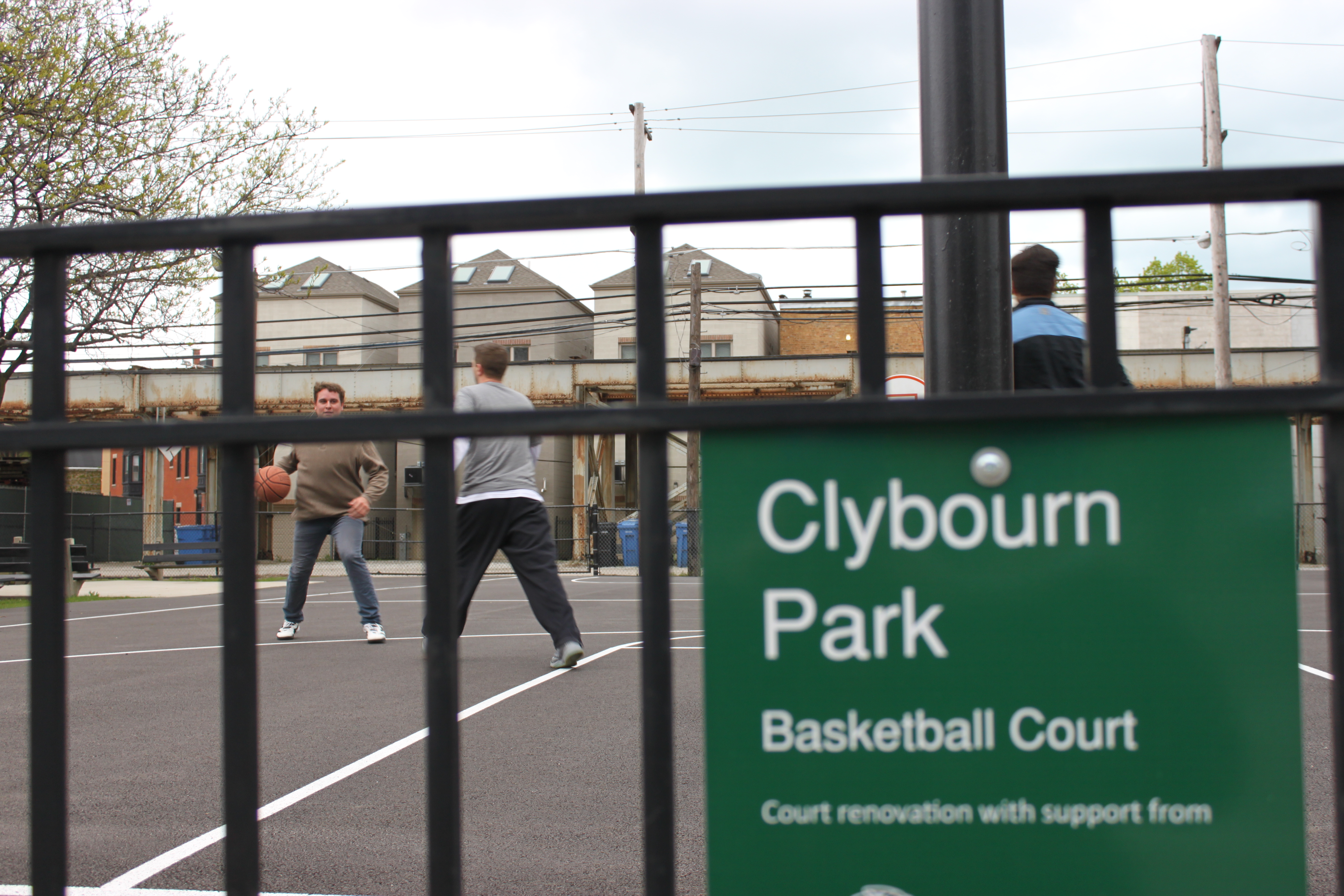 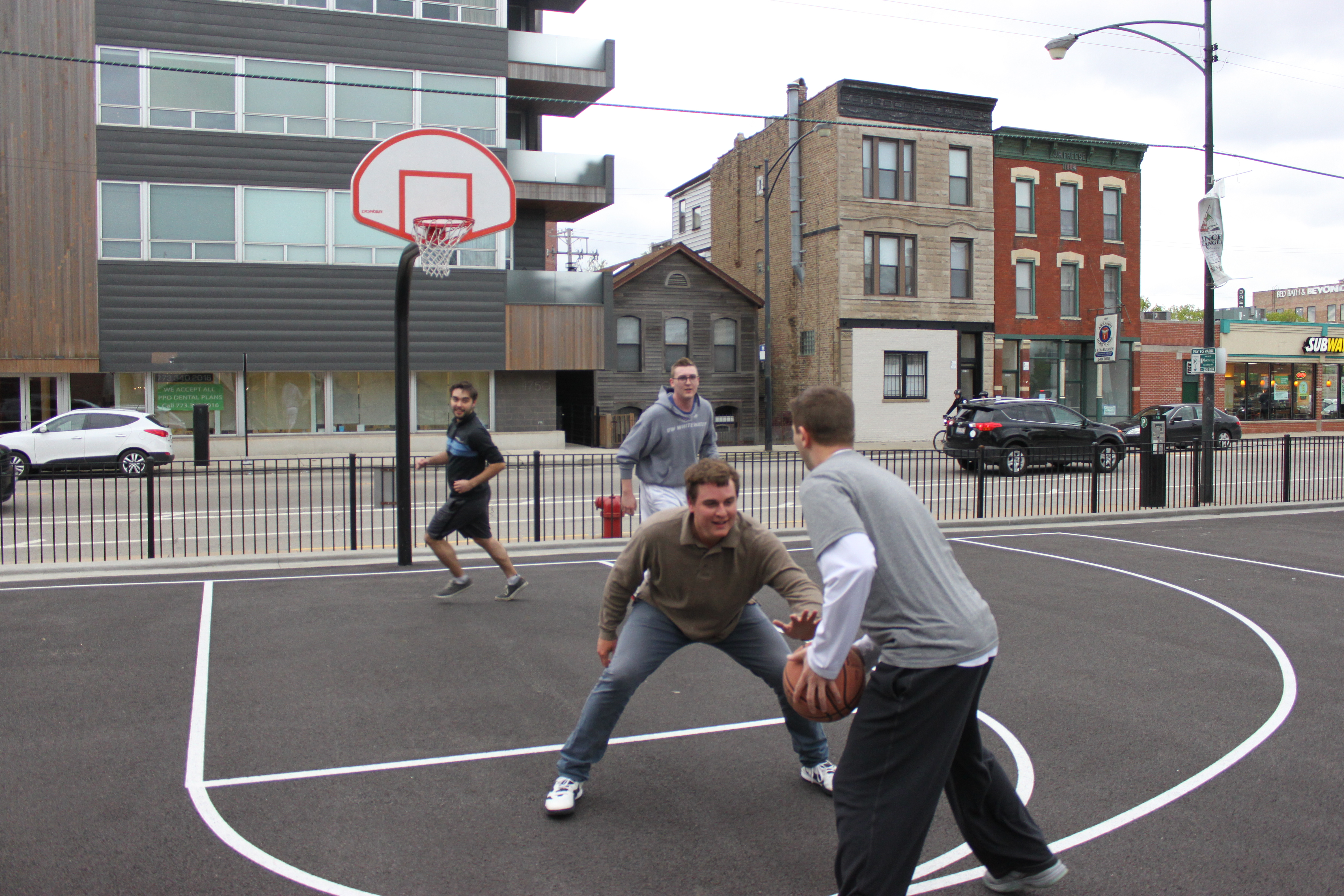 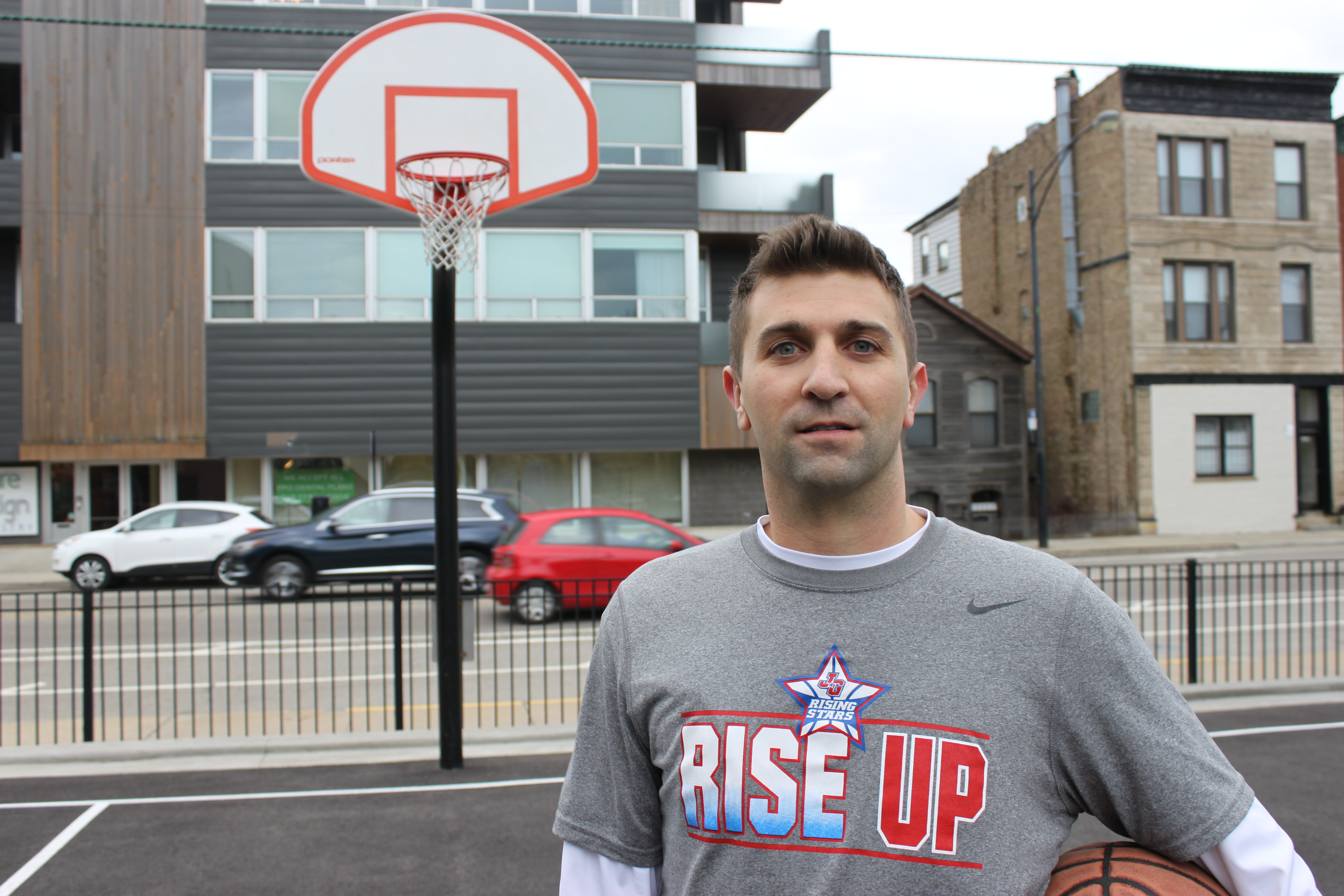 If you’re hanging around the Lincoln Park area, Wrightwood Park might be the destination to explore for a spot to ball. The park itself contains a fieldhouse, baseball field, football/soccer field, volleyball court, track, playground and swimming pool. There’s two lighted courts with 4 hoops apiece.

The courts’ surfaces may not be in pristine condition  — one of the courts can actually flood during a rainy day because of a pretty sizeable dip  —  but it’s definitely one of the more popular places in the area for pickup games.

Wrightwood regular Dale Fanella said full 5-on-5 games are almost always available on days with decent weather. He said the busiest times on the court are weeknights after 5:00 p.m. and weekends from 10:00 a.m. on. 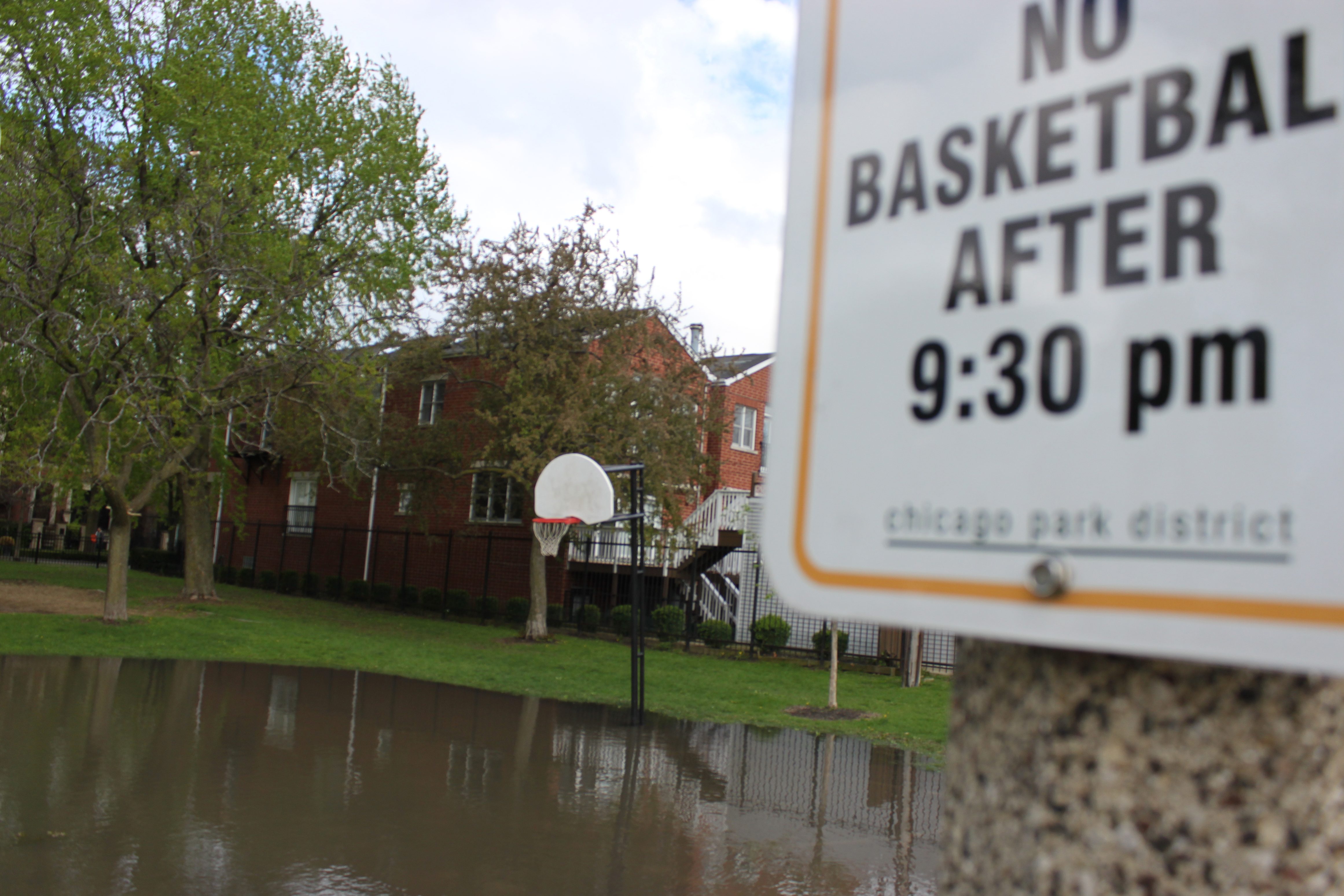 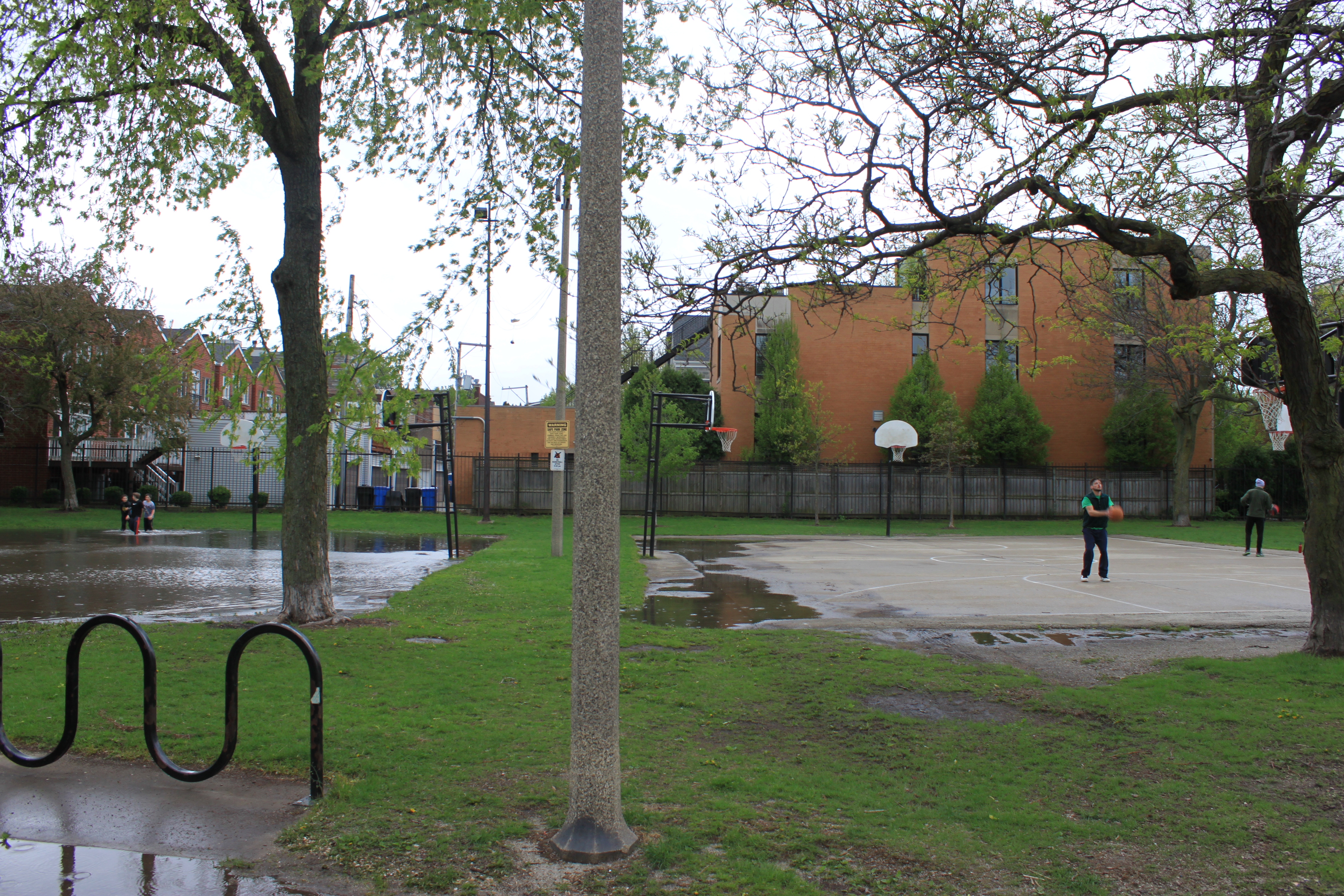 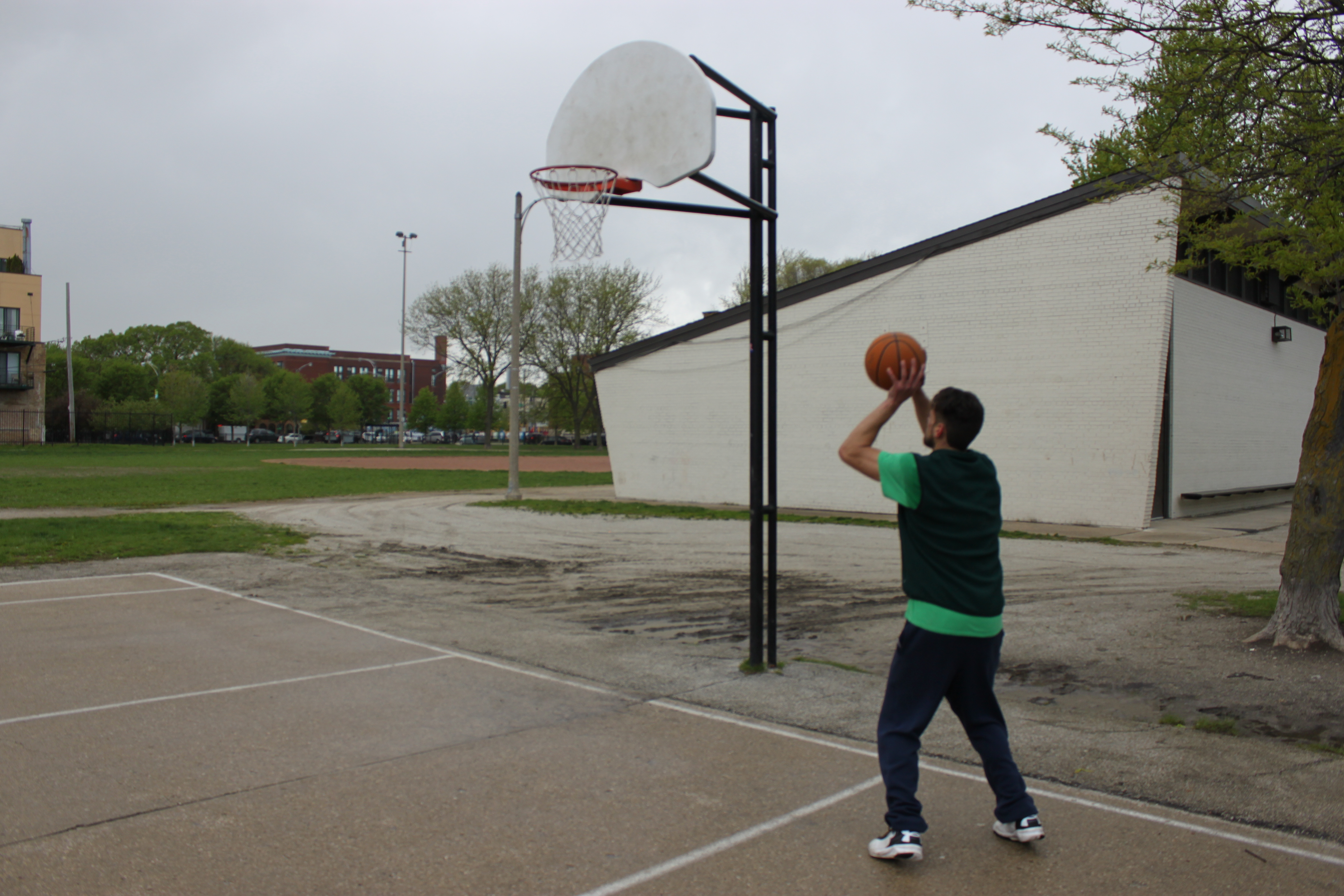 Fanella said that he personally plays ball there almost every day.

“I’ve lived over here for like five to six years and have been here all the time, every day. People must be like what the f— is wrong with this guy,” he said.

Fanella’s die-hard attitude is shared among many outdoor ball players in the city.

“It’s not as hardcore round here as it is down south for sure,” said Lewis. “But at the same time there’s still a culture with this you know? Basketball and Chicago, that’s what it’s all about.”

That culture Lewis speaks of is present in every outdoor court in Chicago. It’s a swagger, a movement. I saw and heard it at every court I visited. Dale Fanella doesn’t leave until he makes 300 shots. Jason Okrzesik taunts his co-workers after every made bucket. No matter where you are in the city, streetball is alive and well.

The Near North side courts discussed here are just a small sample of what Chicago has to offer. The map below shows the locations of the best spots to ball in the entire city.

If you find yourself near the South Side of Chicago, check out two of the most historic courts in the city.

Located a short walk from Chinatown, Margaret Hie Ding Lin Park is simply a court tucked underneath the El tracks and fenced in like a cage. The court is one of the most popular in the city because it’s been featured in commercials starring Chicago Bulls legends Michael Jordan and Derrick Rose.

The over 500-acre Jackson Park extends into South Shore and Hyde Park neighborhoods.

“All the courts are great man,” said Lewis. “For real, there are so many ballers in this city and you find them out here at these courts. It’s fun man. People out here ballin for the culture. For the culture.”