A Trip to Middlemarch

A Trip to Middlemarch 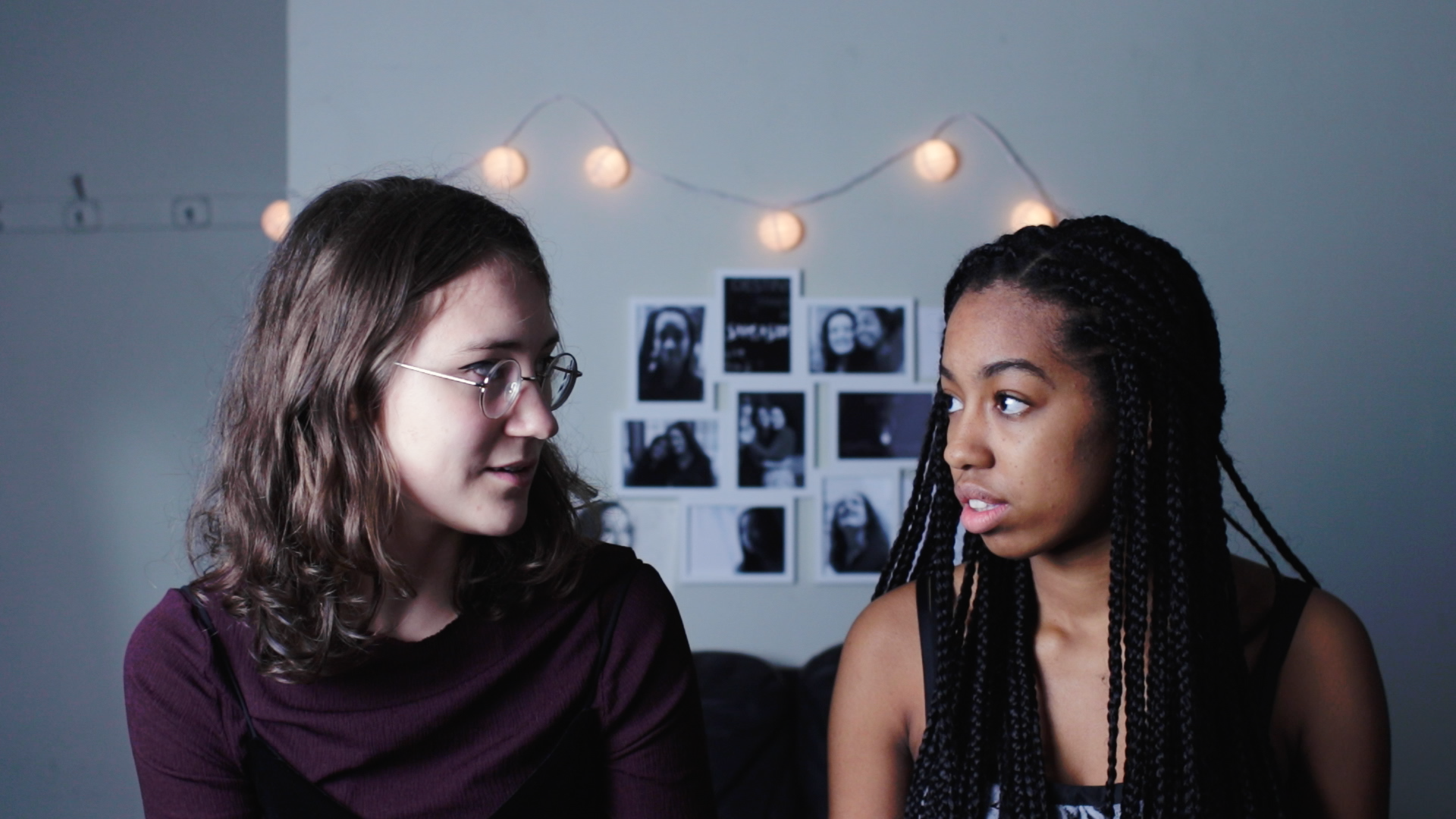 On May 2, 2017, a small but mighty group of Yale students completed production on a 70 episode web series called “Middlemarch: The Series.” The web series, which returns from its hiatus on Aug. 9, is a modern adaptation of George Eliot’s 1871 novel of the same name. However, instead of following the dramas of small town English politics from the 800-page source text, “Middlemarch: The Series” documents the lives of an ensemble of confused college students in the fictional town of Middlemarch, Connecticut.

The web series is told in a vlog-style format, similar to the wildly popular “Lizzie Bennet Diaries,” a modern vlog adaptation of Jane Austen’s “Pride and Prejudice.” The story follows Dot Brooke, played by Mia Fowler (Yale ‘20), who decides to make a documentary about her life and the people around her. As the school year progresses, secrets are unearthed, relationships are started – and ended – and the characters start to get a sense of who they are and who they want to be.

“It works very well in college,” said Rebecca Shoptaw, who acts as the writer, director, editor, cinematographer and producer of the series while finishing a film and media studies degree at Yale. “I think we all felt it very strongly because it’s this idea of ‘yeah, we’re gonna go and change the world,’ and then it’s like ‘how do we do that?’ It’s about people trying to figure out how to be adults with varying levels of success.”

What makes the series work so well is the focus on the ensemble. Many web series, especially those that utilize the vlog format, get trapped in the perspective of the main character. But to make the documentary she wants, Dot gives her friends access to cameras. Because of this, the audience can see the plots unfold for other characters through their own lens, rather than just through Dot. While Dot is the main character, the audience can see Dot objectively through her own faults, as well as those of the people around her.

Rebecca Shoptaw is at the helm of the production, but outside of Middlemarch she creates LGBTQ+ short films on YouTube as ‘Something Cool Productions.’ Many of her films have gained popularity online and have been featured at film festivals such as the North Carolina Gay and Lesbian Film Festival, the Two Cliffs Film Festival, and the MiFo LGBT Festival.

Shoptaw is known for her modern adaptations of classic works. The most notable being “Sonnet 23,” a gay adaptation of Shakespeare’s famous sonnet, which has nearly 100,000 views on YouTube and features Middlemarch’s Kai Nugent. Her passion for modern adaptations as well as putting queer narratives on screen has translated to “Middlemarch: The Series,” where several of the characters are LGBTQ+ and gender-bent. 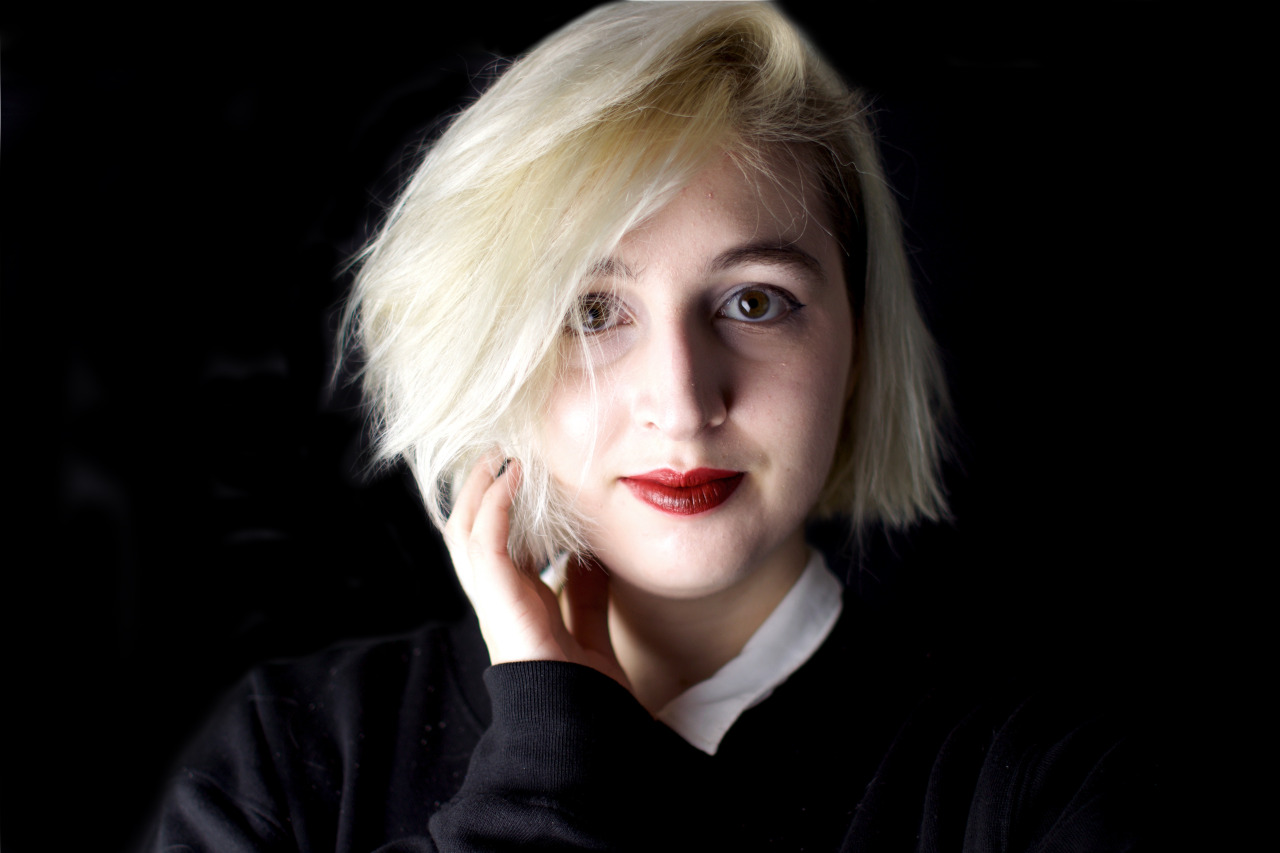 Some of “Middlemarch’s” most integral characters are gender-swapped in “Middlemarch: The Series” – Mary Garth is Max Garth, James Chettam is Jamie Chettam and William Ladislaw is Billie Ladislaw. These choices allow for LGBTQ+ relationships to be born, while also maintaining the integrity of the original characters.

“In ‘Pride and Prejudice,’ it is very important to the plot of the novel that Darcy is a man,” said Shoptaw. “It would be a very different story is he had a different gender. Whereas for ‘Middlemarch,’ I figured out that I could actually switch genders around without changing the spirit of the story.”

Fred Vincy, portrayed by the expertly outrageous Oliver Shoulson (Yale ‘20), exclusively refers to himself as a “gay disaster.” He is often seen in a maroon T-shirt decorated with flowers and the word “gay” emblazoned on the front and spends most of the series worried about getting into medical school as well as navigating his crush on his childhood best friend Max Garth. In “Middlemarch,” Mary Garth is plain and practical, and Kai Nugent brings a cool and collected energy to Max as he tries to find out what he wants to do and what he’s willing to risk to get there.

Jamie Chettam, another openly queer character in the series, uses “they” pronouns, as does Lola Hourihane (Yale ‘20) who portrays them. While the first half of the series doesn’t revolve around Jamie, they act as the audience surrogate, and many of the characters confide in Jamie with secrets they wouldn’t tell anyone else. Jamie is seen trying to romance women in the series, starting with Dot – but after a lot of romantic confusion, they end up confessing feelings to Celia Arrayo, Dot’s eccentric college roommate played by Sofia Campoamor (Yale ‘19).

The series also follows Rosamund Vincy, played by Eliot S. (Yale ‘20). Rosamund spends the series trying to find the love she sees in rom-com’s but ultimately fantasizes the idea of love, rather than the feeling. She seems poised in comparison to her disaster brother, Fred, but it’s clear she may be more of a disaster than she leads on. 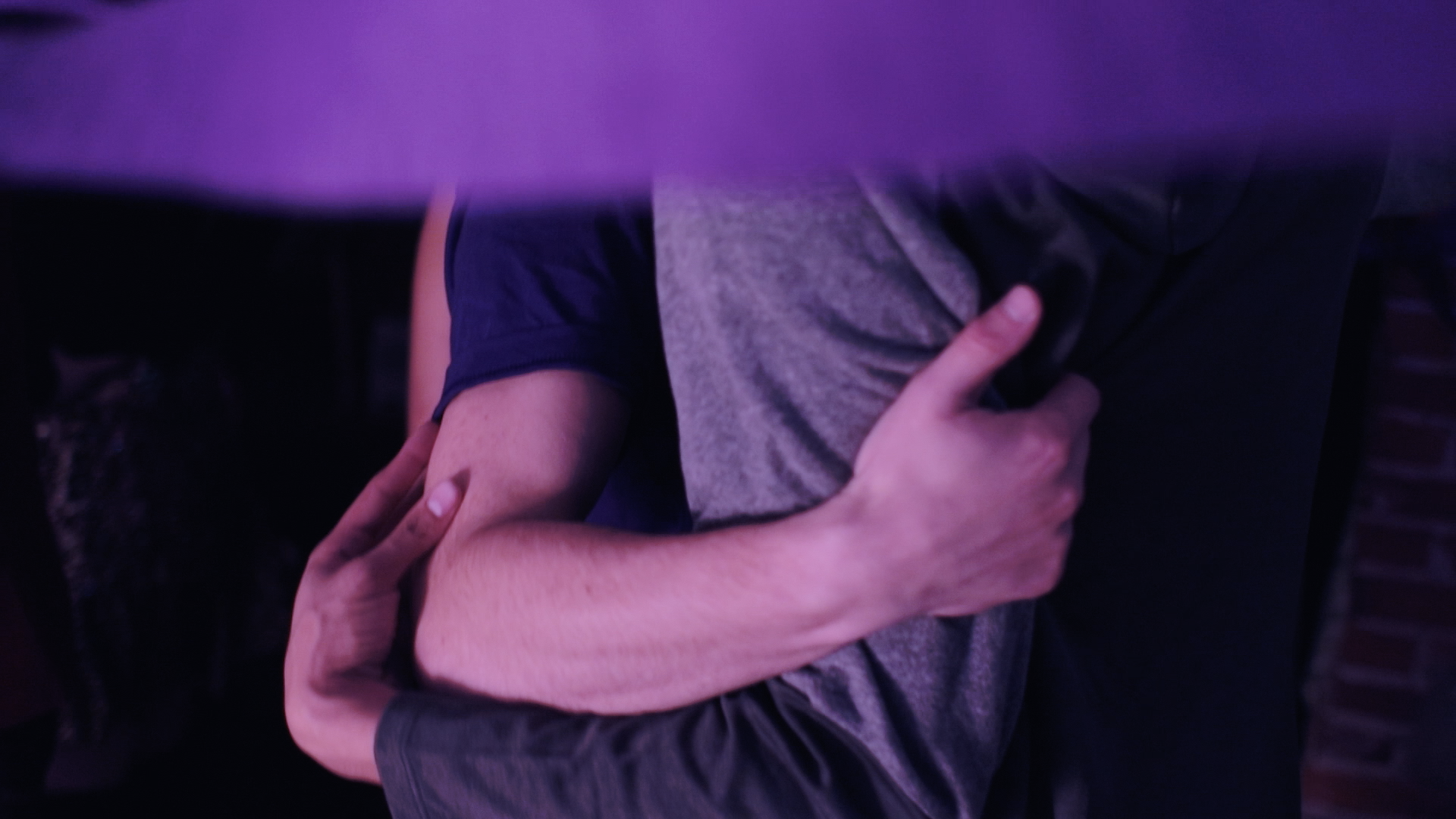 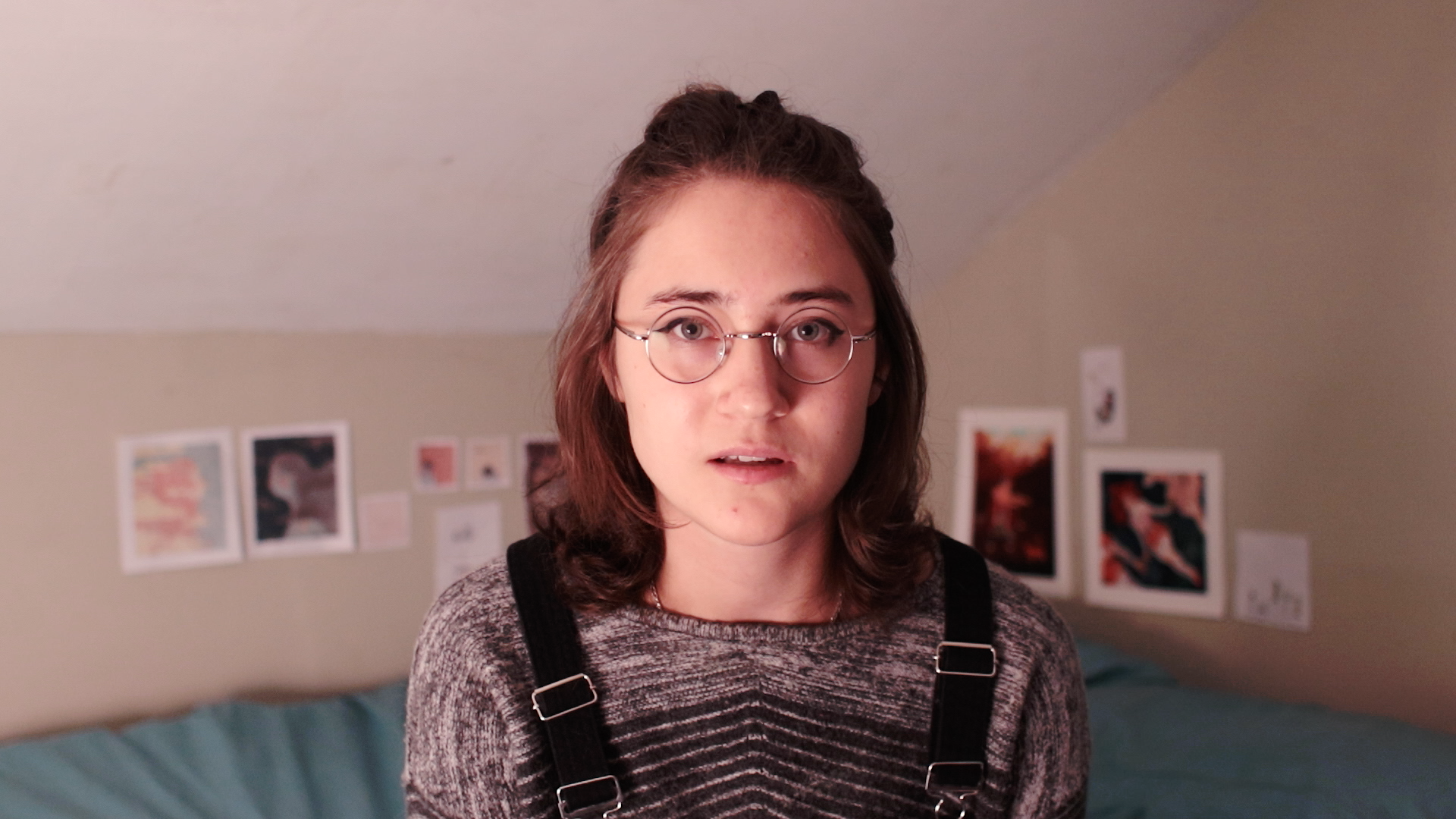 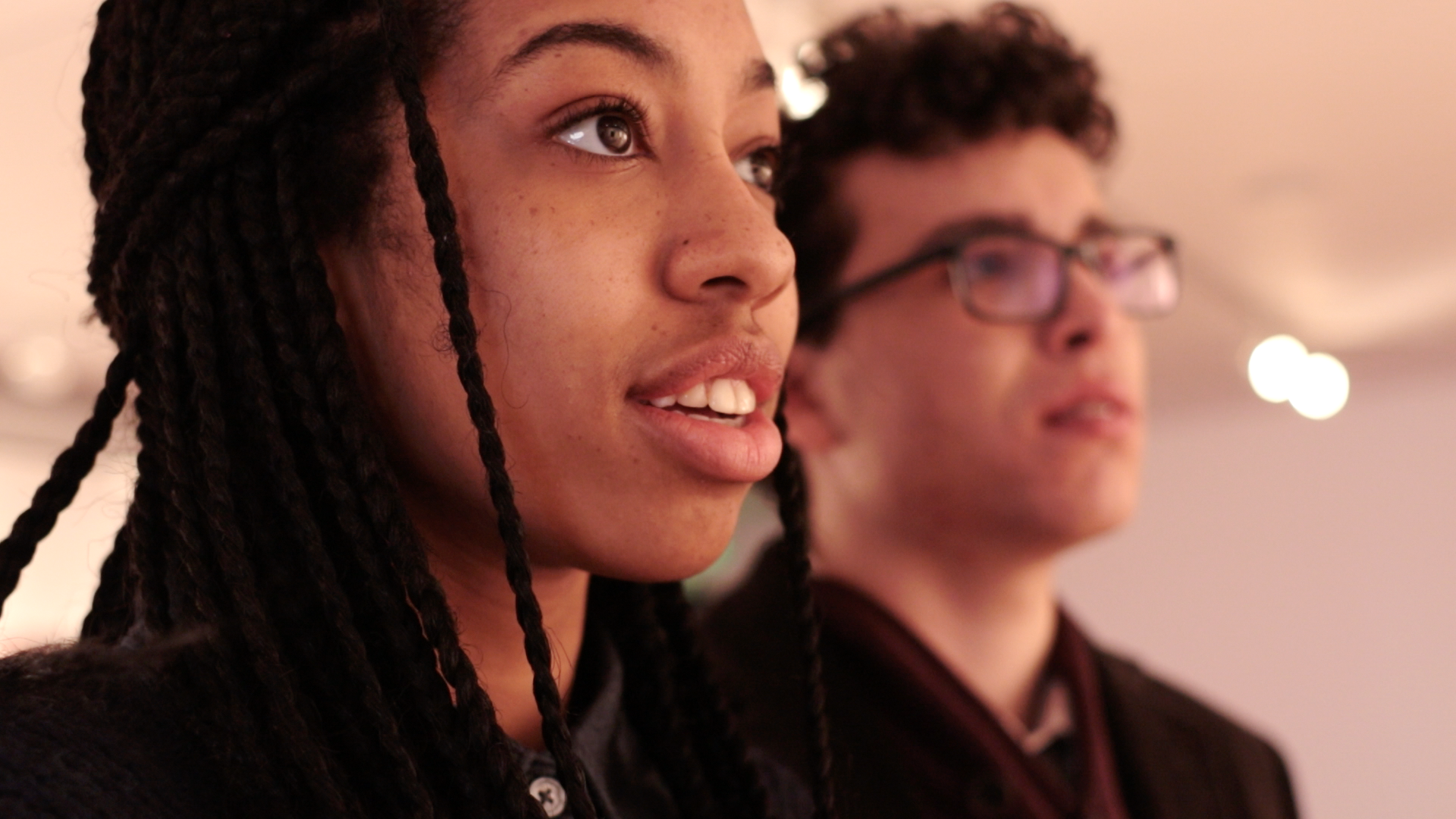 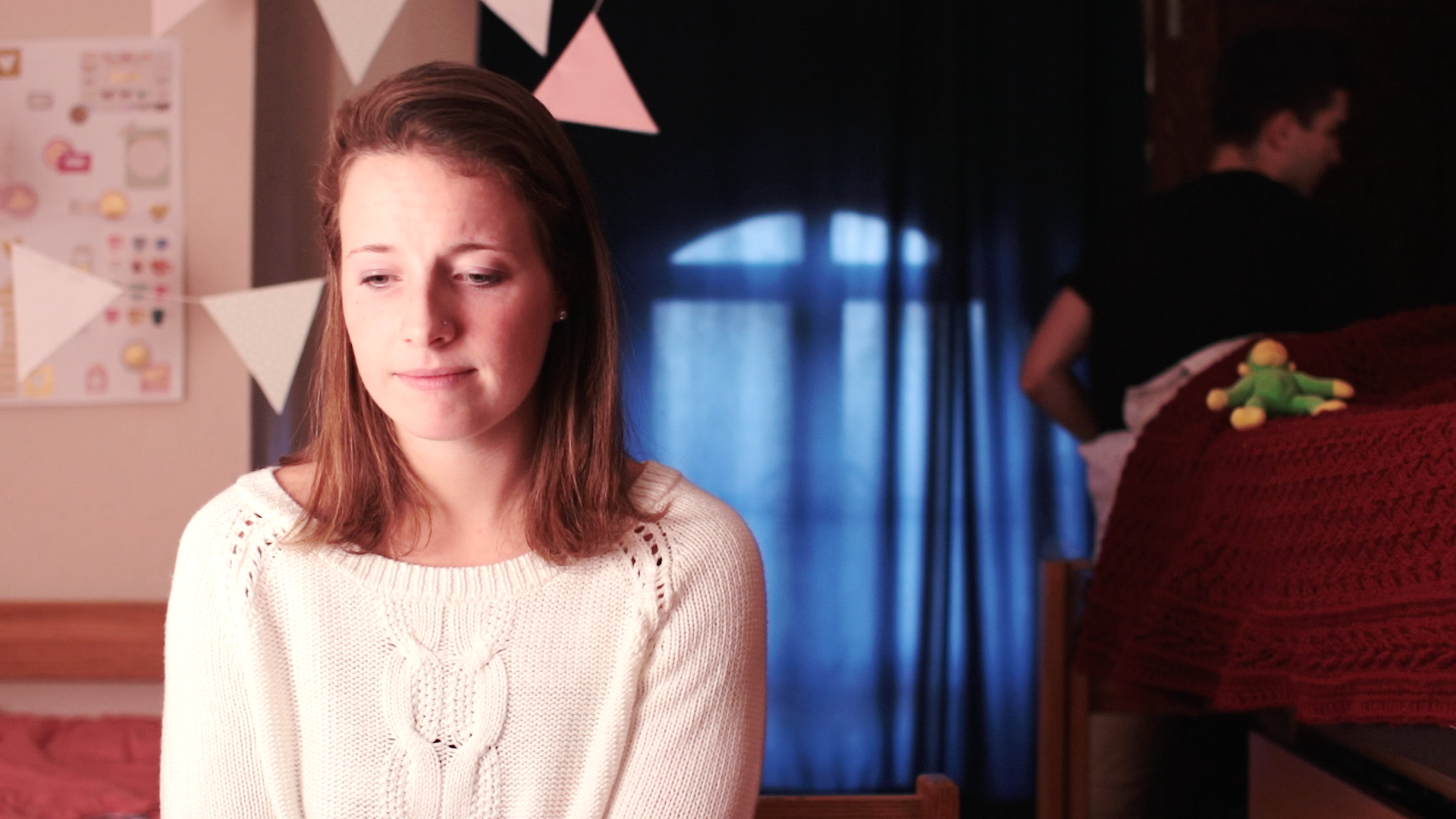 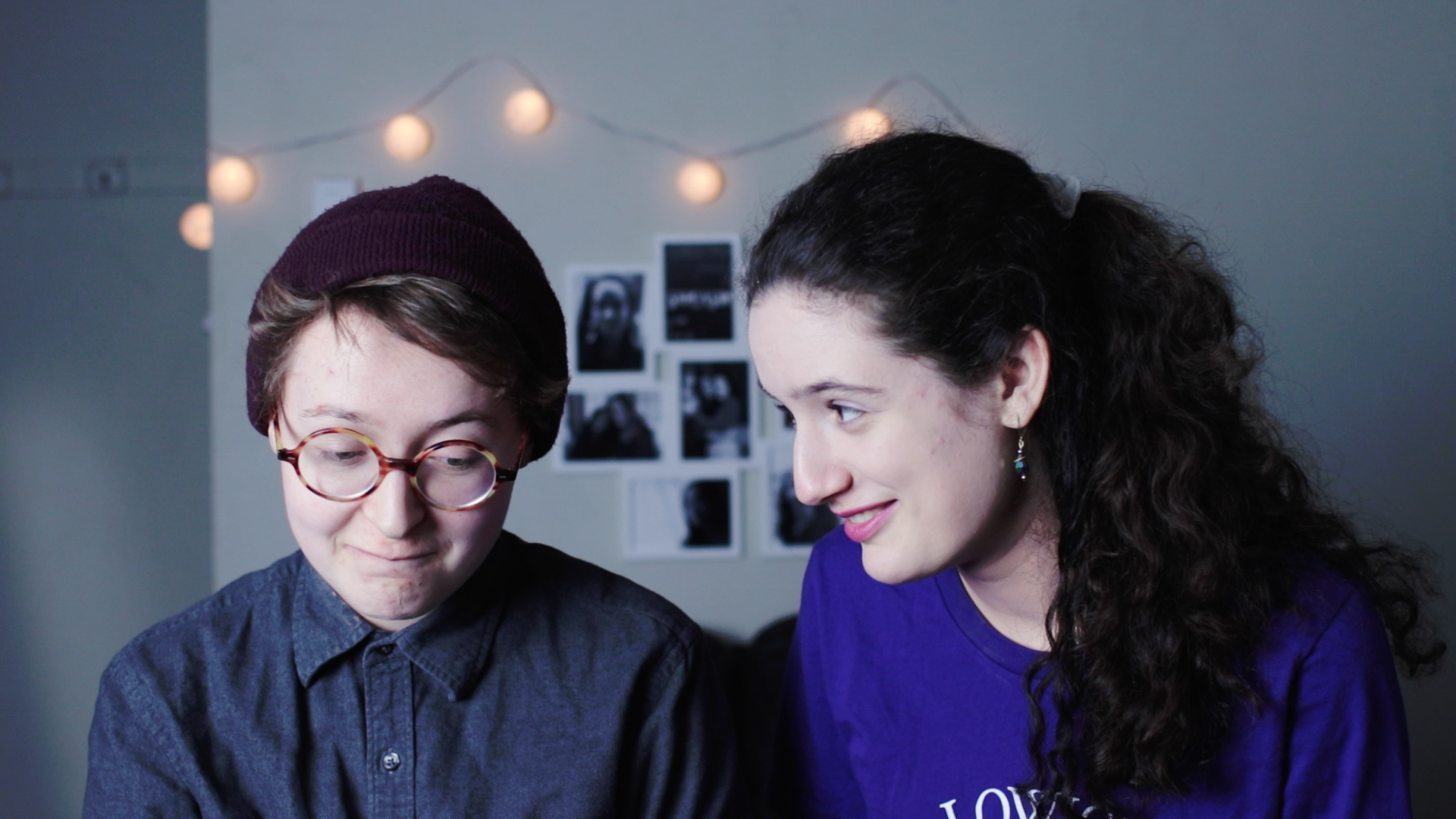 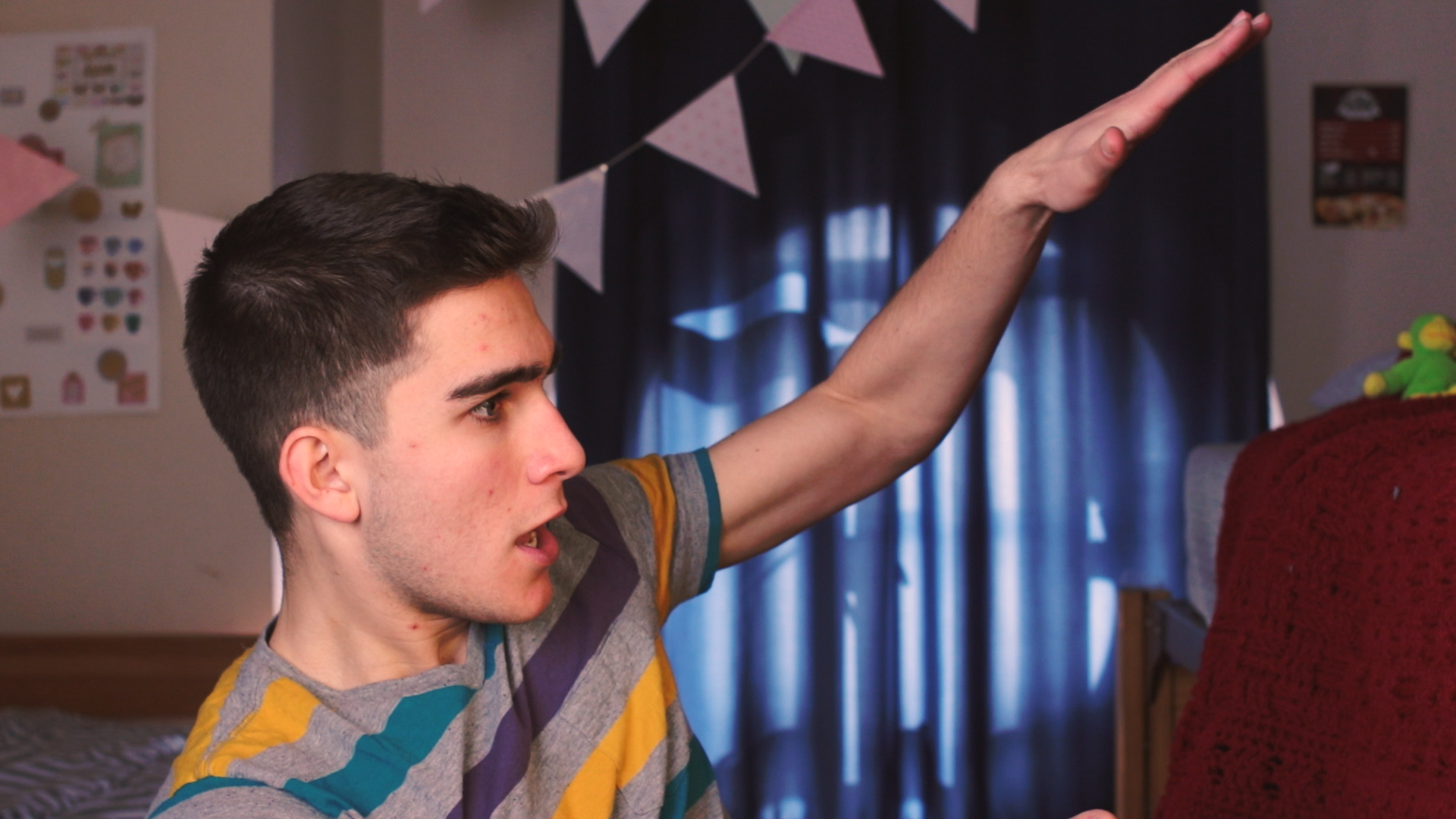 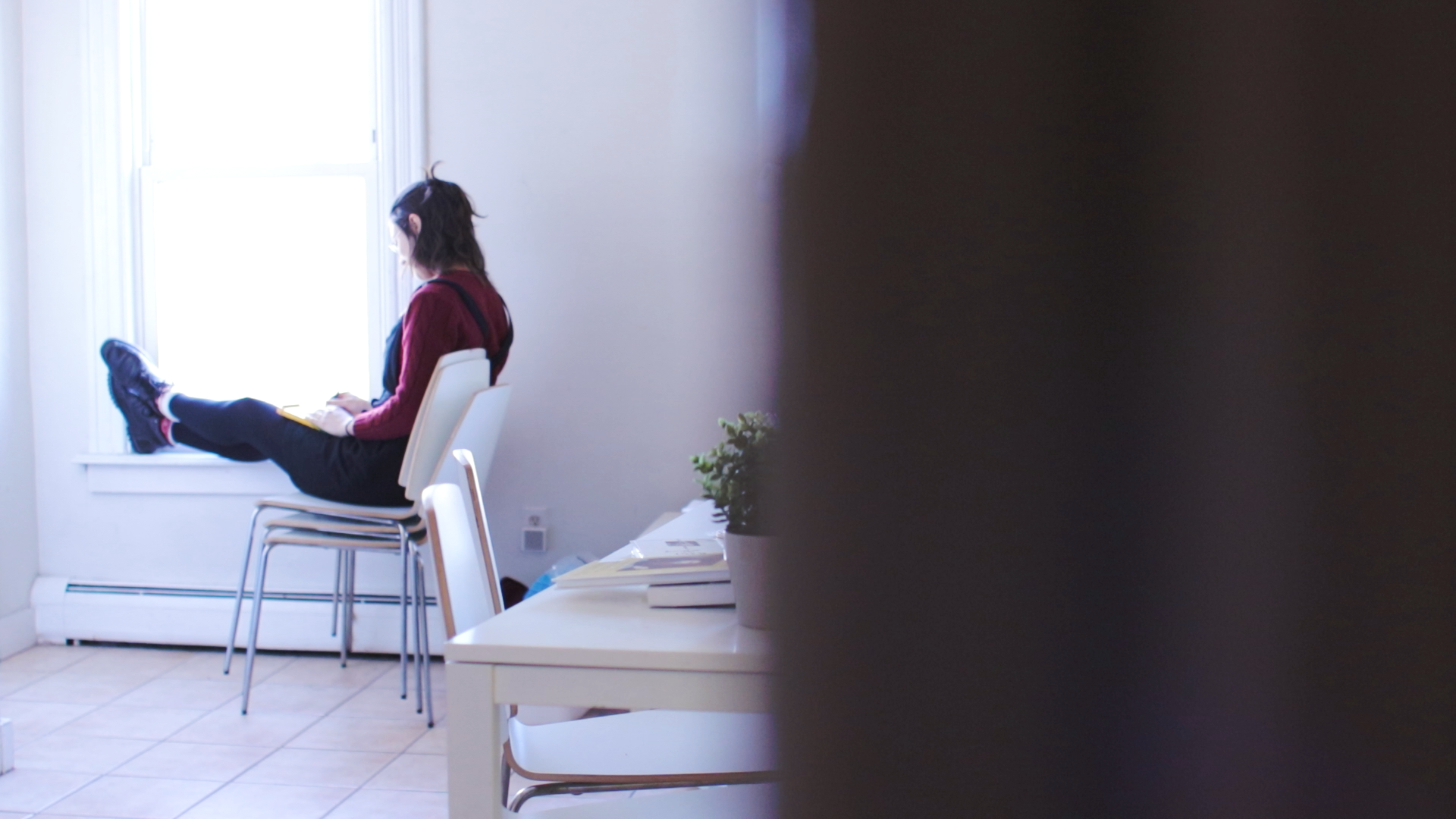 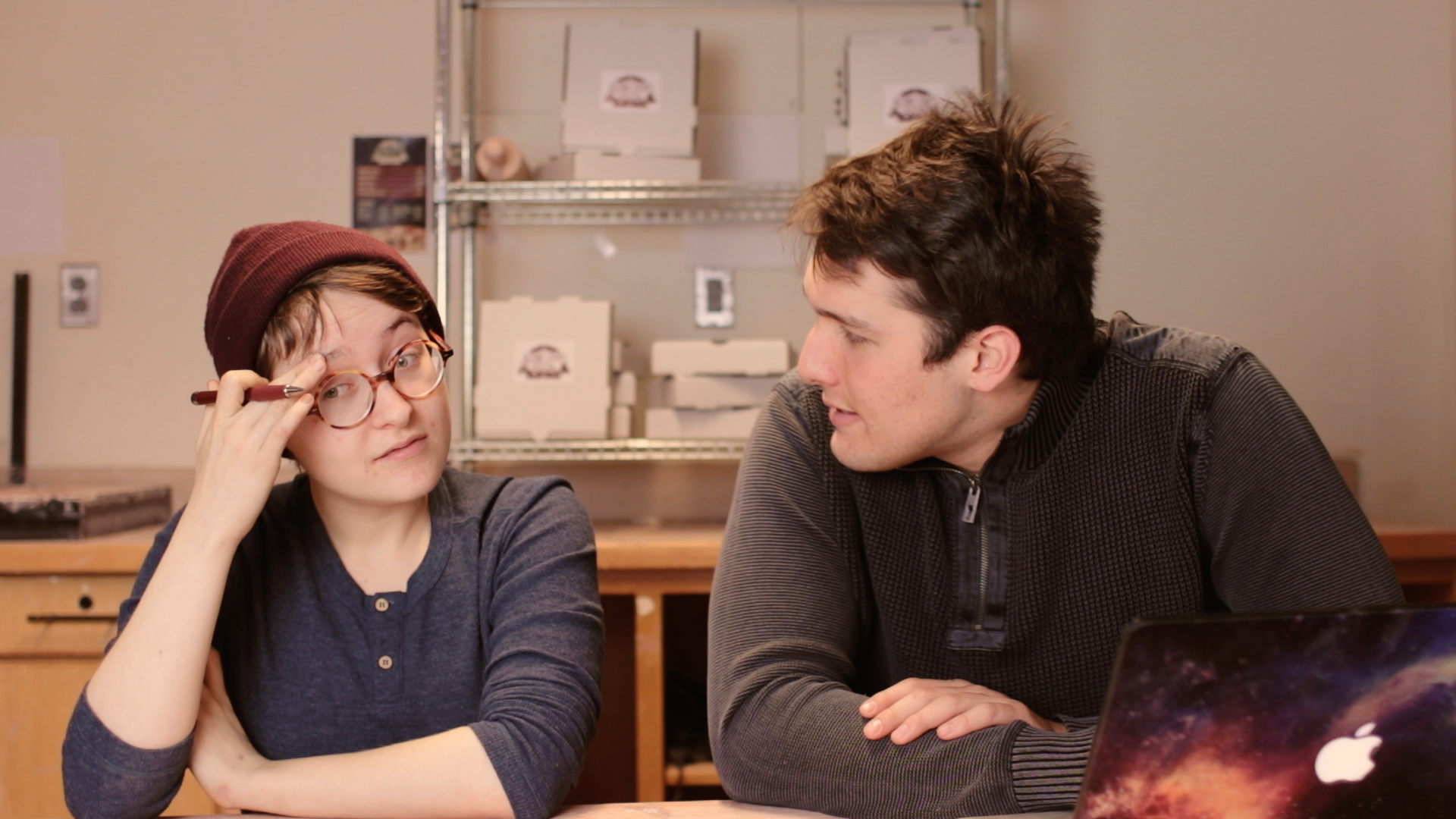 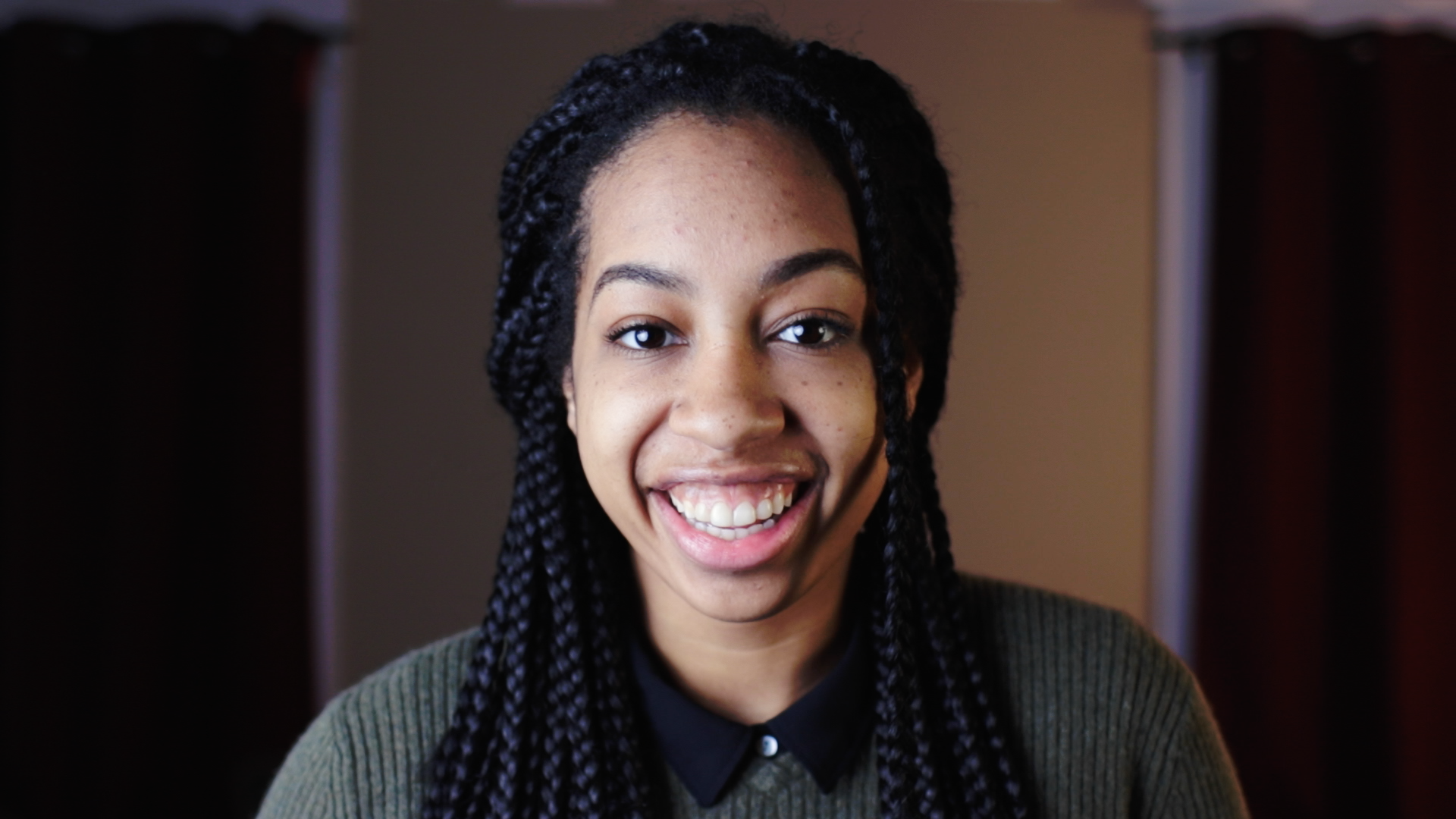 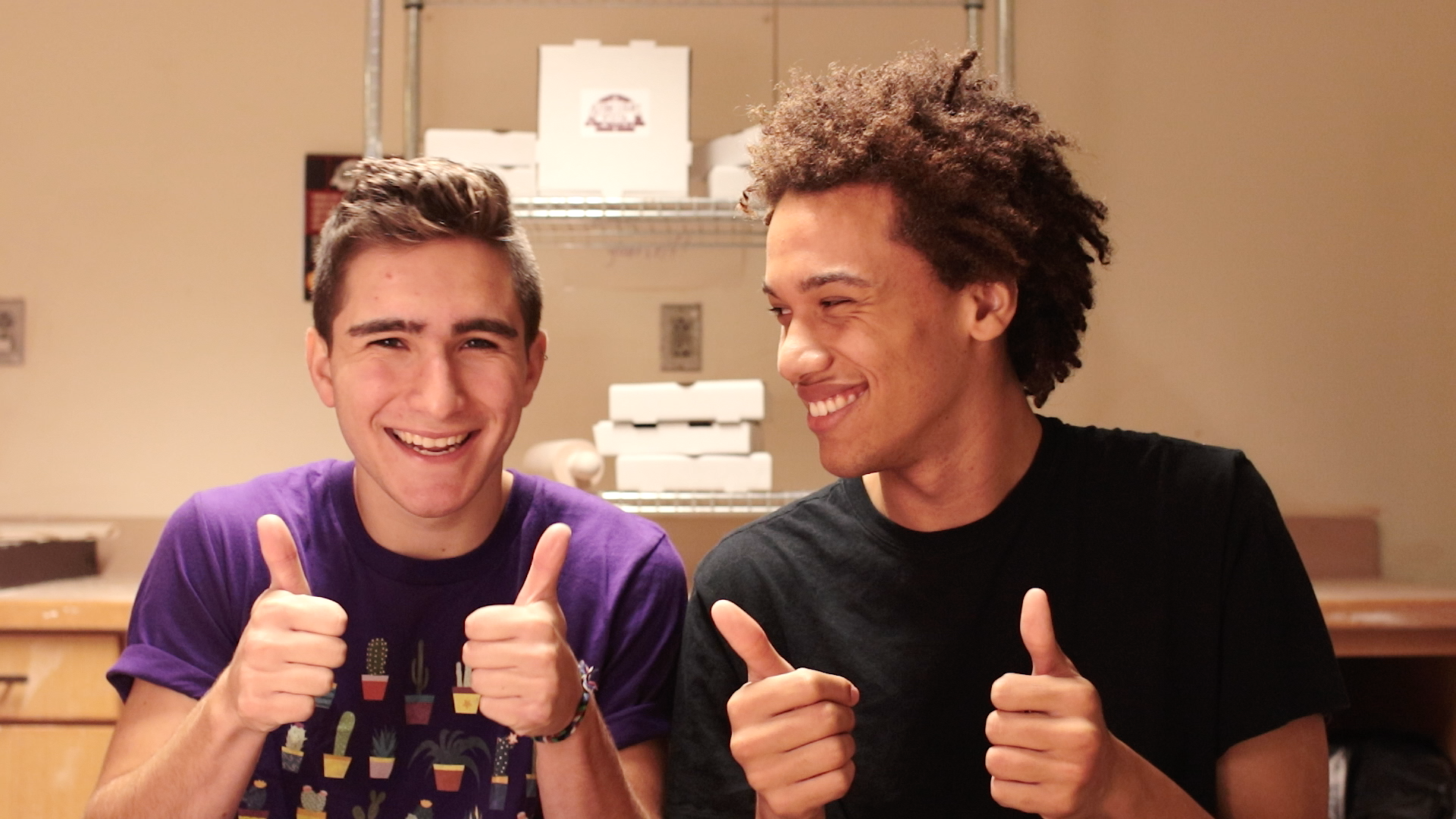 Other featured players include Thomas Lydgate, the pre-med student who is dying to tell everyone about his study abroad in Europe played by Carlos Guanche (Yale ‘20), Edward Casaubon, a graduate student who takes a liking to Dot played by Zak Rosen (Yale ‘20), his quiet and artistic cousin Billie Ladislaw played by CBG (Yale ‘19), and her friend Adele Naumann played by Ariel Lowrey.

Web series’ are quickly becoming the go-to medium for telling LGBTQ+ stories. When it’s incredibly difficult to get a television show produced, especially with a majority-LGBTQ+ cast, many creators go to online video spaces like YouTube and Vimeo to share these stories with the world. There are limitations – like “Middlemarch: The Series’” $1,000 budget – but there is a sense of creative control that can only be found in producing content for the Internet.

In Chicago, Open TV Beta is a production company that helps fund and create online video through an LGBTQ+ lens. Most notably is the web series “Brown Girls,” which premiered for free on Vimeo in February 2017 and is set to be adapted for television by HBO.

For Shoptaw, “Middlemarch: The Series” was the gateway to tell an engaging, long form story that she wasn’t able to do in the short film format.

There is also a level of fan engagement that is unique to web series. “Middlemarch: The Series” has cultivated a following not only on its YouTube channel – where the episodes are posted – but also on social media accounts for the series and its characters. Shoptaw engages with fans of the series through Fred Vincy’s Tumblr account or by retweeting the so-called “Middle-memes” made by enthusiastic and passionate viewers.

“It’s a very tight knit and supportive community, which is lovely,” said Shoptaw. 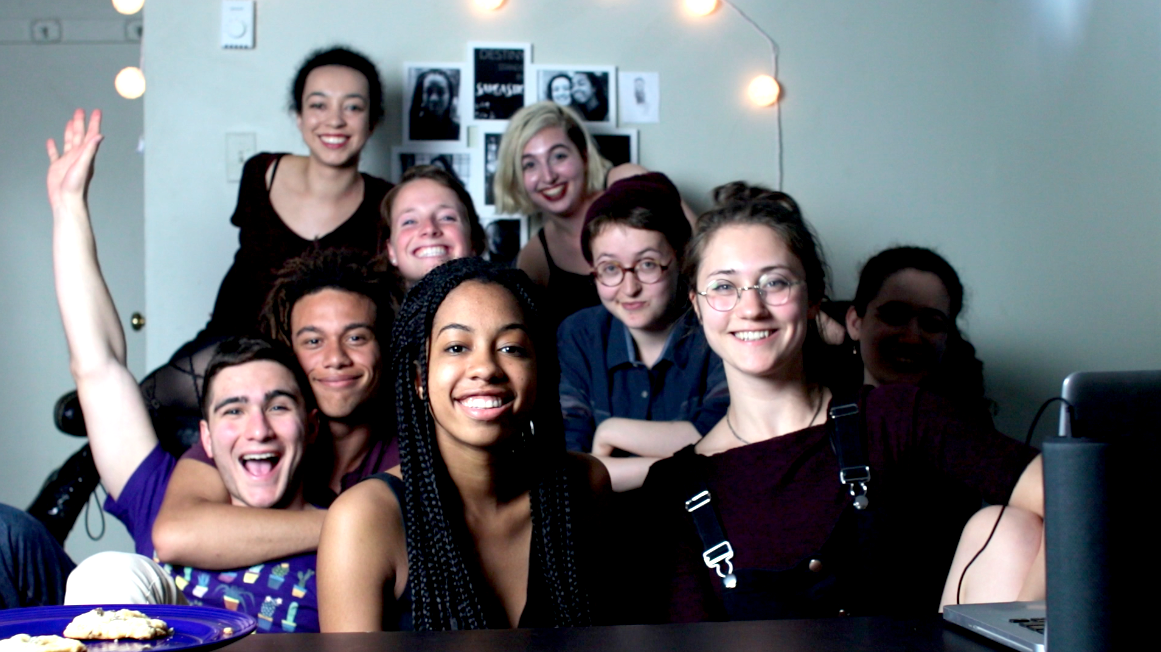 “Middlemarch: The Series” is smart. It takes a lengthy, classic text and repackages it for a new world. Fans of the original text can understand the nuanced references, but the show can be enjoyed by anyone. The cast is equally talented as they are charming – and the audience is pulled in from the very beginning. There is heartbreak and conflict, but there is also an underlying theme of hope. Maybe it’s a liberal arts type of idealism, but it’s evident this lovable group of kids really want to change the world – and the world better watch out.

“Middlemarch: The Series” returns August 9 on http://www.youtube.com/c/middlemarchtheseries at 5:30 PM EST.