Where Can I Pee? Trans-Inclusive Bathrooms on Coll...

Where Can I Pee? Trans-Inclusive Bathrooms on College Campuses 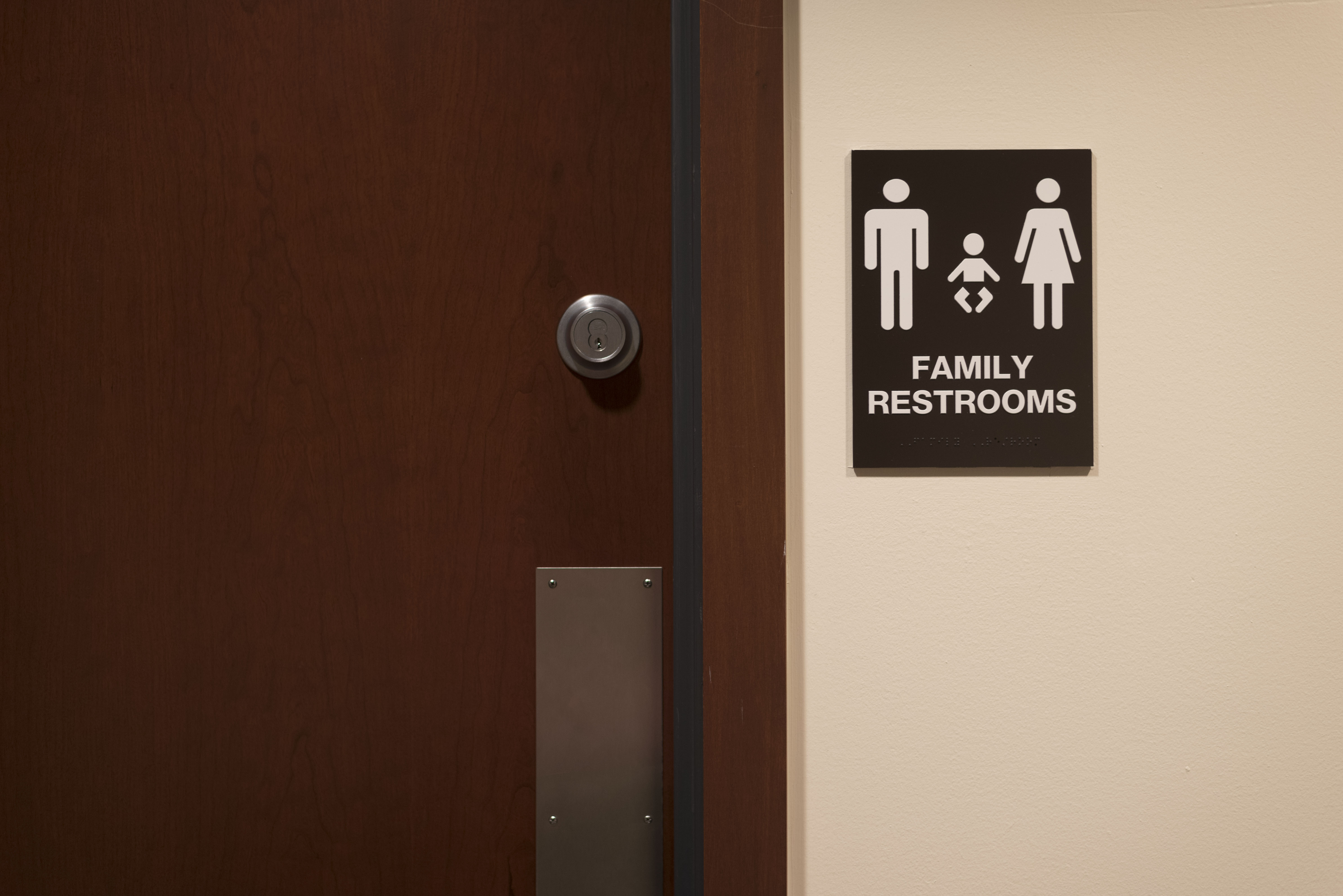 When it comes to transgender rights, being able to use the restroom is vital. This right is especially prevalent among transgender and gender nonconforming students who may not feel comfortable using a gendered restroom on their college campus.

Since then, many universities have implemented some form of gender neutral restroom on campus, but they can be few and far between, and vary across the country. Transgender and gender nonconforming students in Chicago face this problem on DePaul University’s Loop Campus and at Columbia College Chicago. 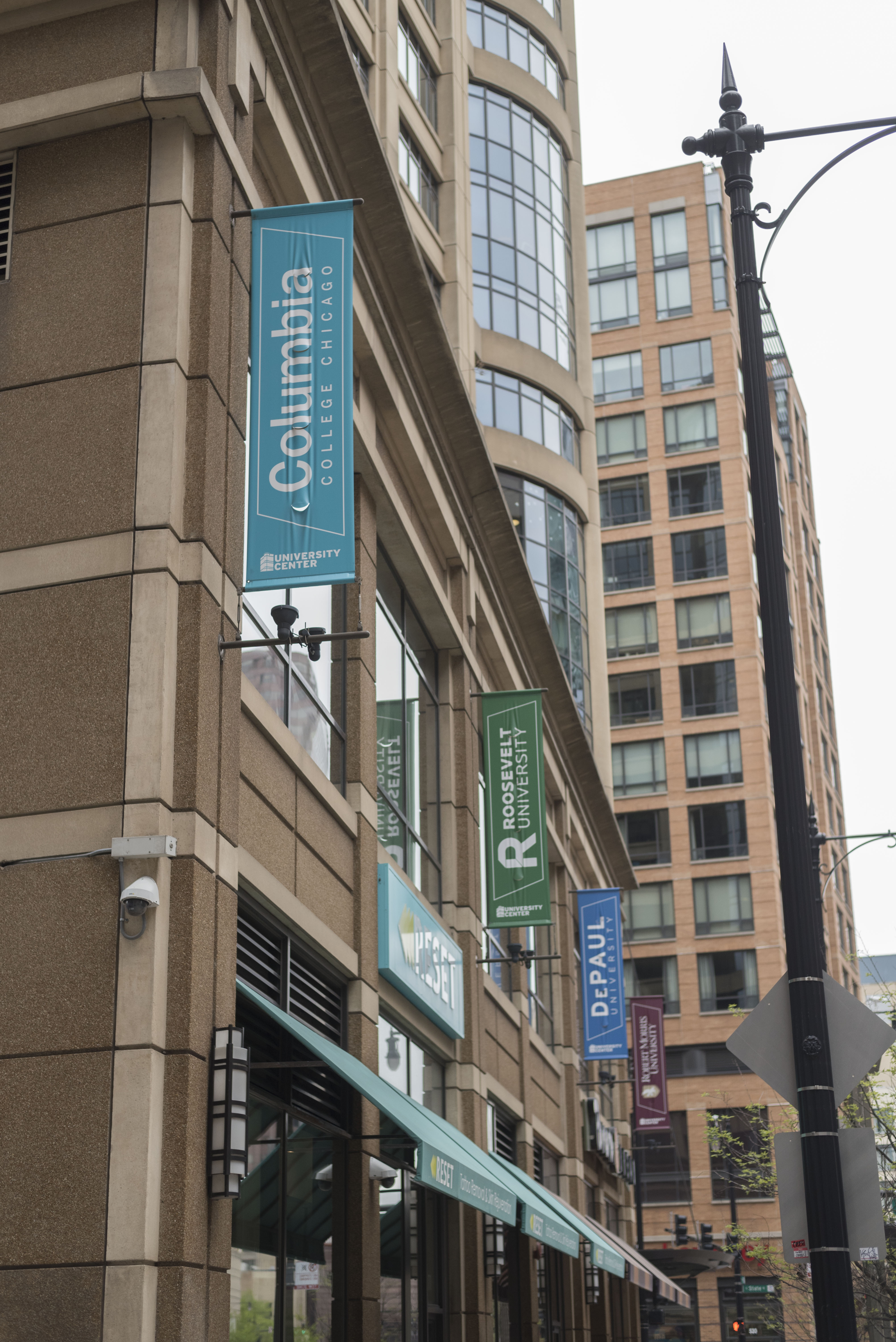 There is also one single occupancy restroom at DePaul’s Merle Reskin Theatre in the Loop. However, it is four blocks away from the campuses other buildings and is only useful to the Theatre School students who have performances there.

Most of these buildings have at least 10 floors with a limited amount of elevators and many students rushing to get to class. Because of this, many students don’t have the access or the time to find the restroom, especially in the 10 minute breaks between each class.

“If there isn’t a restroom suitable for all students in every building,” said L.C., an alumnus of Columbia College Chicago and former political chair of the university’s LGBTQ student led organization: Common Ground, “students are either uncomfortably sitting through four hour classes to use the restroom or they’re returning late from break and drawing attention to themselves and potentially being reprimanded or seen as disrespectful.”

According to the university, there are plans to incorporate more gender neutral bathrooms in the loop campus in future renovations.

“DePaul University was founded to be welcoming and inclusive; that is at the core of our Vincentian mission and that has not changed,” according to DePaul spokesperson Carol Hughes. “We promote, foster and support a campus environment that is inclusive of people from all sexualities and gender identities. We encourage students with questions or concerns to meet with a staff member from LGBTQA Student Services.”

There are gendered bathrooms on every floor of the Daley Building. Using these could cause transgender and gender nonconforming students to feel dysphoria, but some have adapted to use the restrooms that make them uncomfortable out of convenience.

“I have a different experience because I can use the bathroom [of my assigned sex at birth] somewhat comfortably,” said Snow Ellet, a non-binary sound design major at Columbia. “Most of the time, it’s just more convenient and because of my presentation, going into a gendered space to use the restroom doesn’t affect me as much. But that isn’t the same for all trans students.”

For many transgender and nonconforming students, a gender neutral restroom can be a safe haven. Going into a men’s room while presenting feminine can subject someone to dirty looks if not violence, and vice versa. 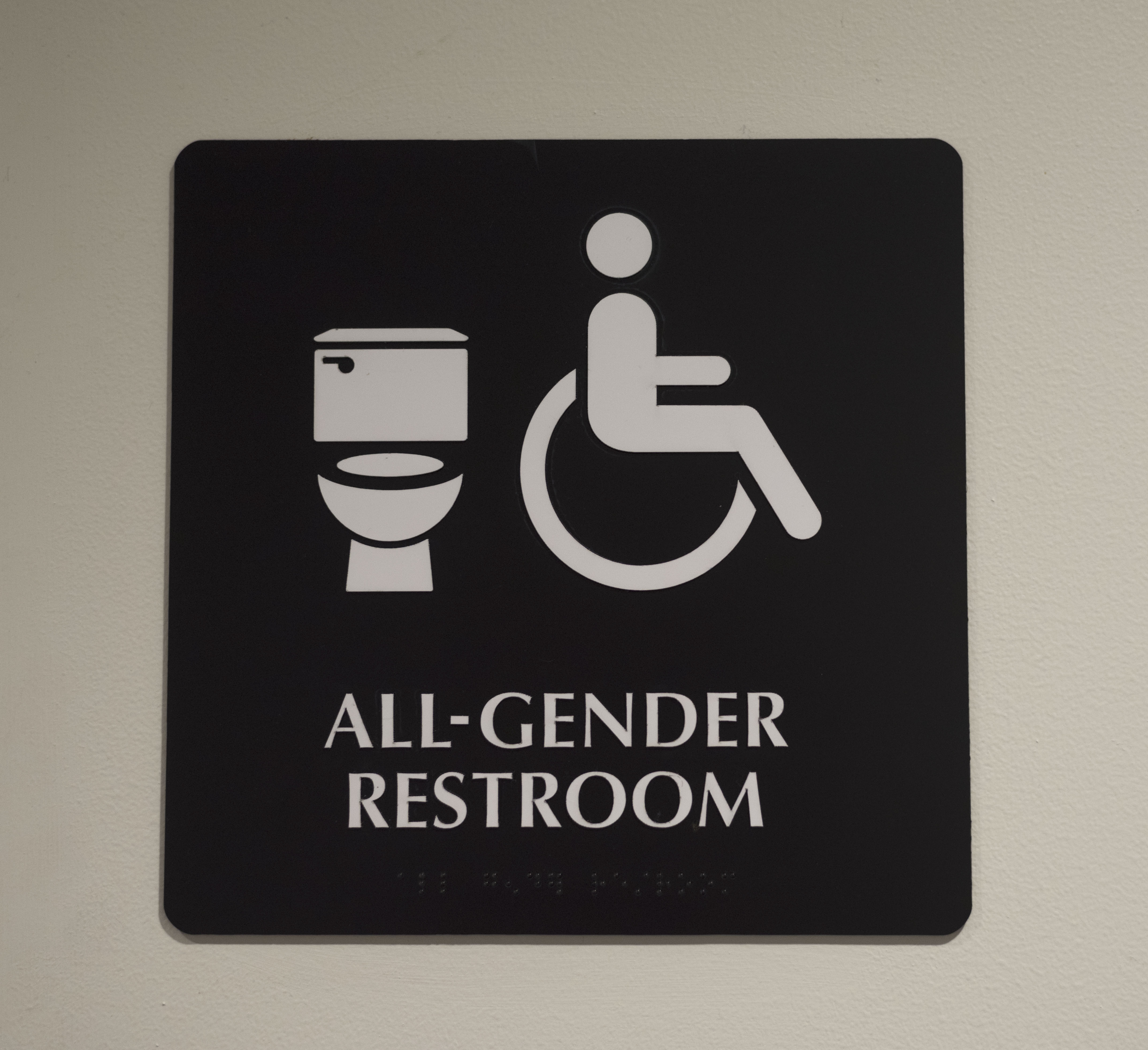 The buildings with gender neutral restrooms are often several minutes away from eachother, and if a student has classes in the 12 buildings that do not have these facilities, they could be out of luck. Columbia has introduced initiatives to adhere to the needs of the LGBTQ student body, like offering gender pronoun pins at orientation, but there are structural changes that need to happen from within the university to create a safe space for queer and transgender students.

“I did a lot of work at Columbia beginning in my first semester to improve life on campus for trans and gender nonconforming students, and introducing all gender restrooms was a part of this,” said L.C. “Constantly advocating to the administration was an option, but nothing really came of it.”

Especially with newer buildings, it can be logistically difficult to create new bathrooms for transgender and gender nonconforming students without redoing years of modern construction.

“The campus architect found that due to Chicago building code regulations, the only option would be to add bathrooms in the event of new construction or renovation,” said L.C. “Students offered suggestions but were not invited back to the table after the regulations were discovered.”

The coordinator of the Office of LGBTQ Culture and Community at Columbia left in Fall 2016, and there has been no replacement or initiative to work around the code since.

Columbia College Chicago is currently building a $50 million student center set to be completed October 2017. There are currently plans for gender neutral bathrooms, but there has been no confirmation on how many there will be.

“Using the restroom comfortably is a basic human necessity that all people deserve access to, especially in a space that is supposedly dedicated to shaping our society’s future,” said L.C.