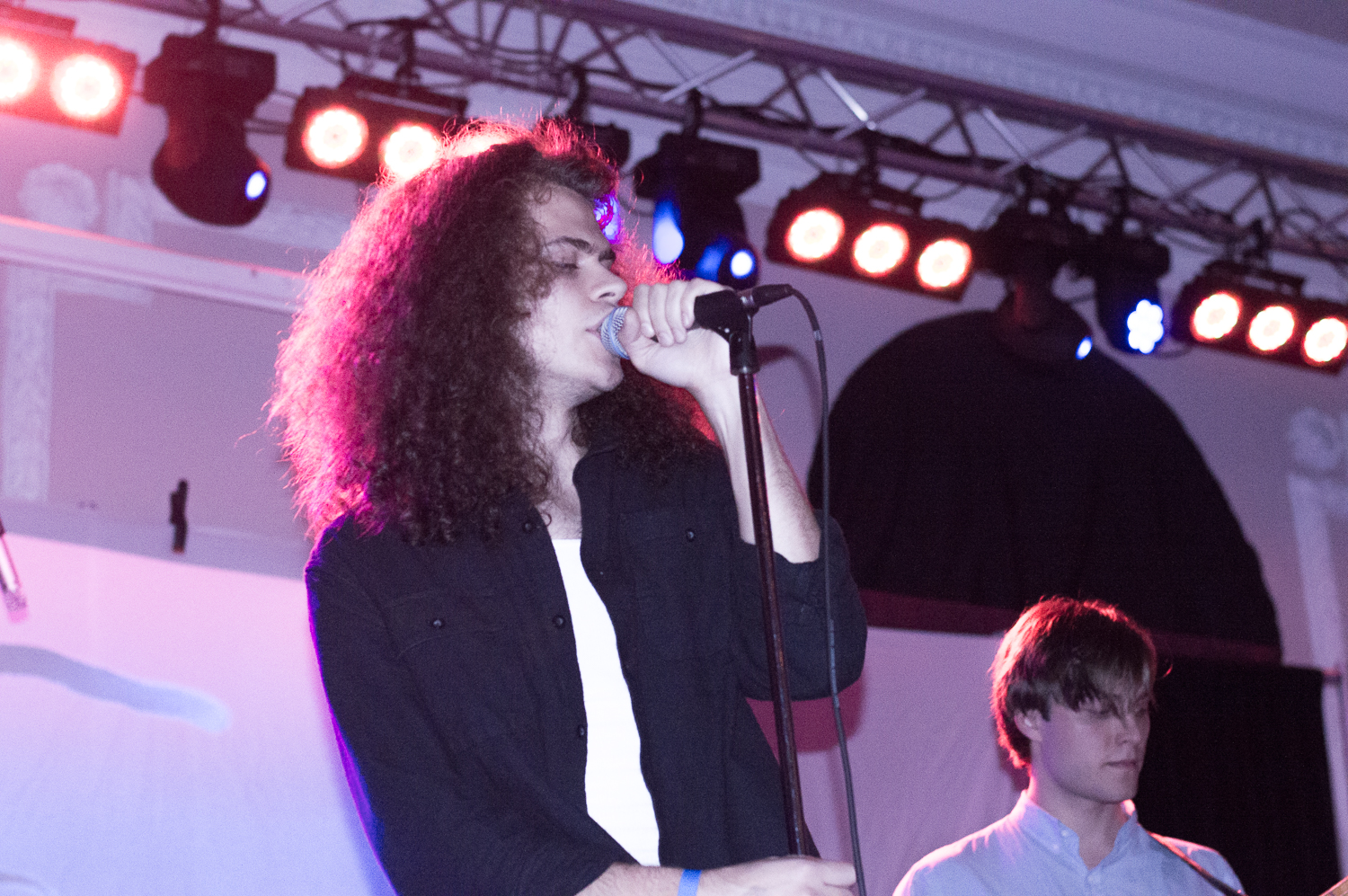 It’s rock’s age-old trope: a bunch of high schoolers want to start a band  — perhaps inspired from sifting through dad’s old record collection or brushing off a dusty guitar from the secondhand store. They go to house shows, where they connect with other starry-eyed teens who share similar music styles. One plays bass, one guitar, one can sing. One might have a friend, or maybe even know a relative, who plays drums. It’s the suburbs, it’s boring, so jam sessions spur, “Summer of ‘69” style. Suddenly they’ve got themselves a band.

That’s the rough origin story of Chicago self-described “dirty doo-wop” band Modern Vices. The five boys  — Alex Rebek (vocals), Miles Kalchik (bass), Thomas Peters (guitar), Pat Hennessey (drums), and Peter Scoville (guitar)  — grew up in Chicago’s west suburb of Elmhurst. Hennessey, Peters and Rebekstarted in a psych-rock band, with Kalchik occasionally filling in on bass. He and Scoville had their own bands on the side, as well, before coming together as a unit.

Fast-forward four years, and Modern Vices has become a Chicago DIY-scene staple. From house shows to bar gigs to opening for larger groups such as BRONCHO and Twin Peaks, Modern Vices finds themselves between their Chicago roots and burgeoning fame.

Kalchik attended DePaul for his freshman year in 2013; Hennessey transferred from Tulane in 2013 and Thomas had also attended for two years, from 2012 to 2014. Scoville stayed close by, attending Columbia College while Rebek spent a year at Skidmore College in New York in 2013. While in the city, the friends began to play together more often, getting involved with the local music scene through friendships with bands like The Symposium and The Walters.

Modern Vices began on what Kalchik described as a “backwards start to everything”  — they recorded their first self-titled album before ever playing a show as a full band. Modern Vices, the 2014 album, featured the lyrical twinge of doo-wop with gritty garage-rock power, accompanied by Rebek’s booming, Morrison-meets-Elvis-meets-Julian Casablancas vocals.

Drawing influence from traditional doo-wop lyrics  — like The Miracles’ “Ooo Baby Baby”  or James Brown’s “Oh Baby Don’t You Weep” —  the band, creatively, went by the name Baby Baby. That is, until they received message from another Baby Baby, a “funk rock” band from the Atlanta area. Not set on the name, the group decided to try other titles. It took many rounds of brainstorming until they settled on Modern Vices.

“It was really the first name the whole band could agree on,” Kalchik said. “It wasn’t until later that we looked back and thought it really fit with our sound.”

They had a name, they had an album, but few were listening. Chicago’s DIY supportive, friend-rather-than-competitors ethos came in handy. Kalchik listed Chicago’s garage rock monsters Twin Peaks as a big help in getting the band offline and into shows. The Chicago natives helped expose the new band to local bills and house shows, expanding their fan base and celebrity. Modern Vices even re-recorded their debut album with L.A.-based record label Autumn Tone Records, the same label that produced Twin Peak’s 2013 album Sunken.

Max Loebman, singer-songwriter of rock trio Rookie, first met the band at the Wicker Park venue Subterranean in 2014, when he was playing guitar in another Chicago DIY staple Yoko and the Oh No’s.

“I was really into them and still am,” Loebman said. “Their shows are really energetic, and it’s hard to open or follow them.” 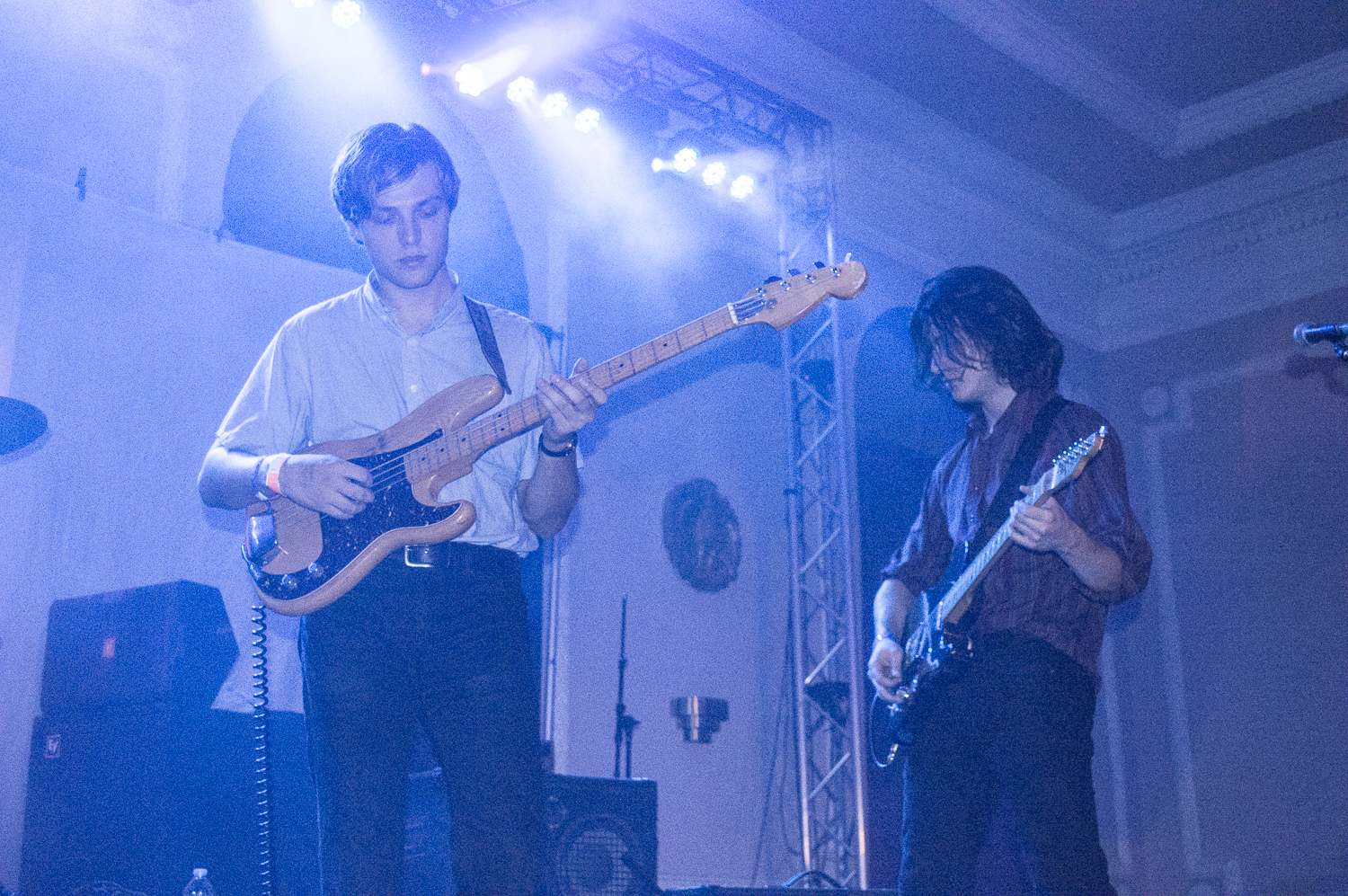 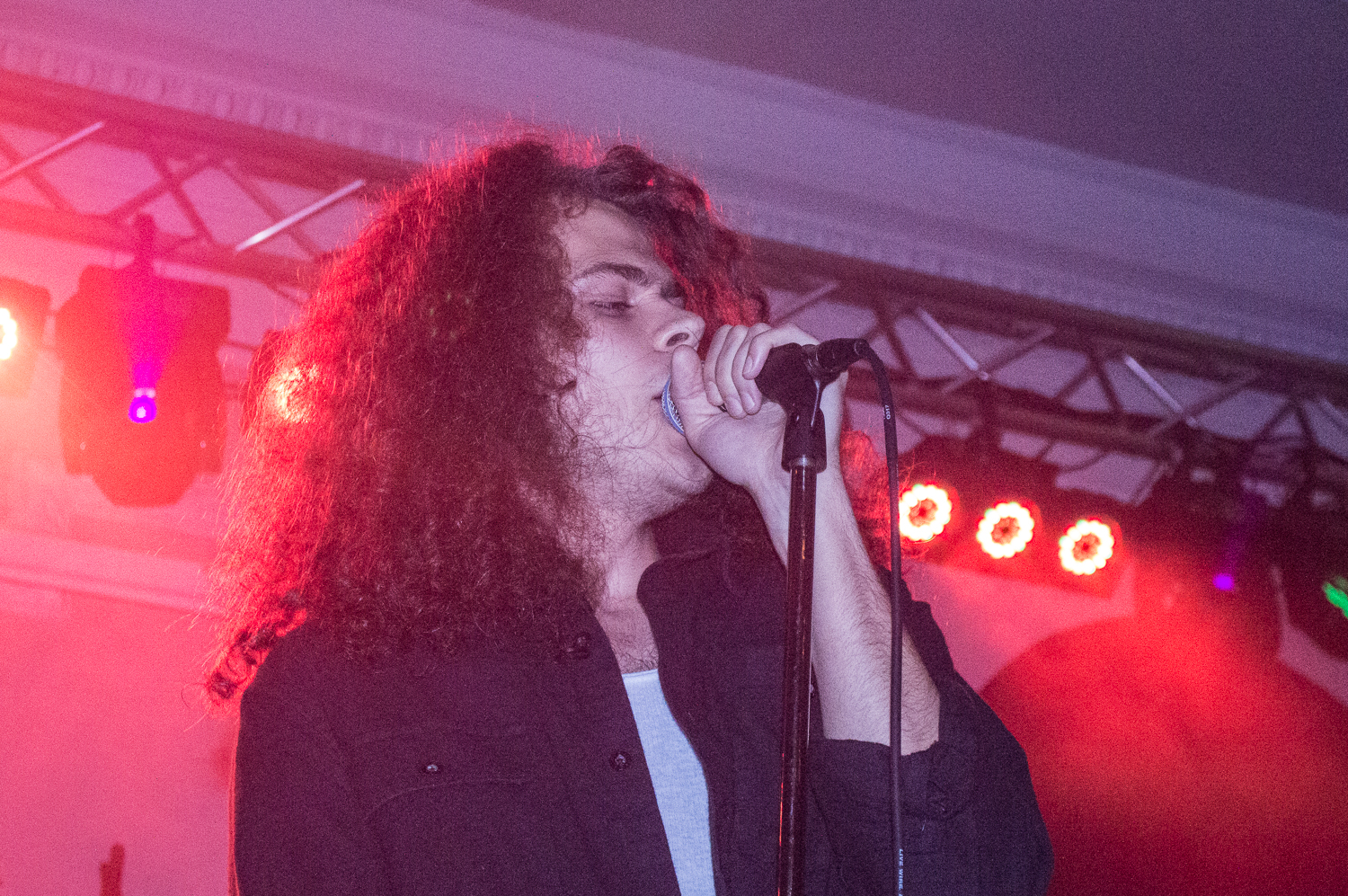 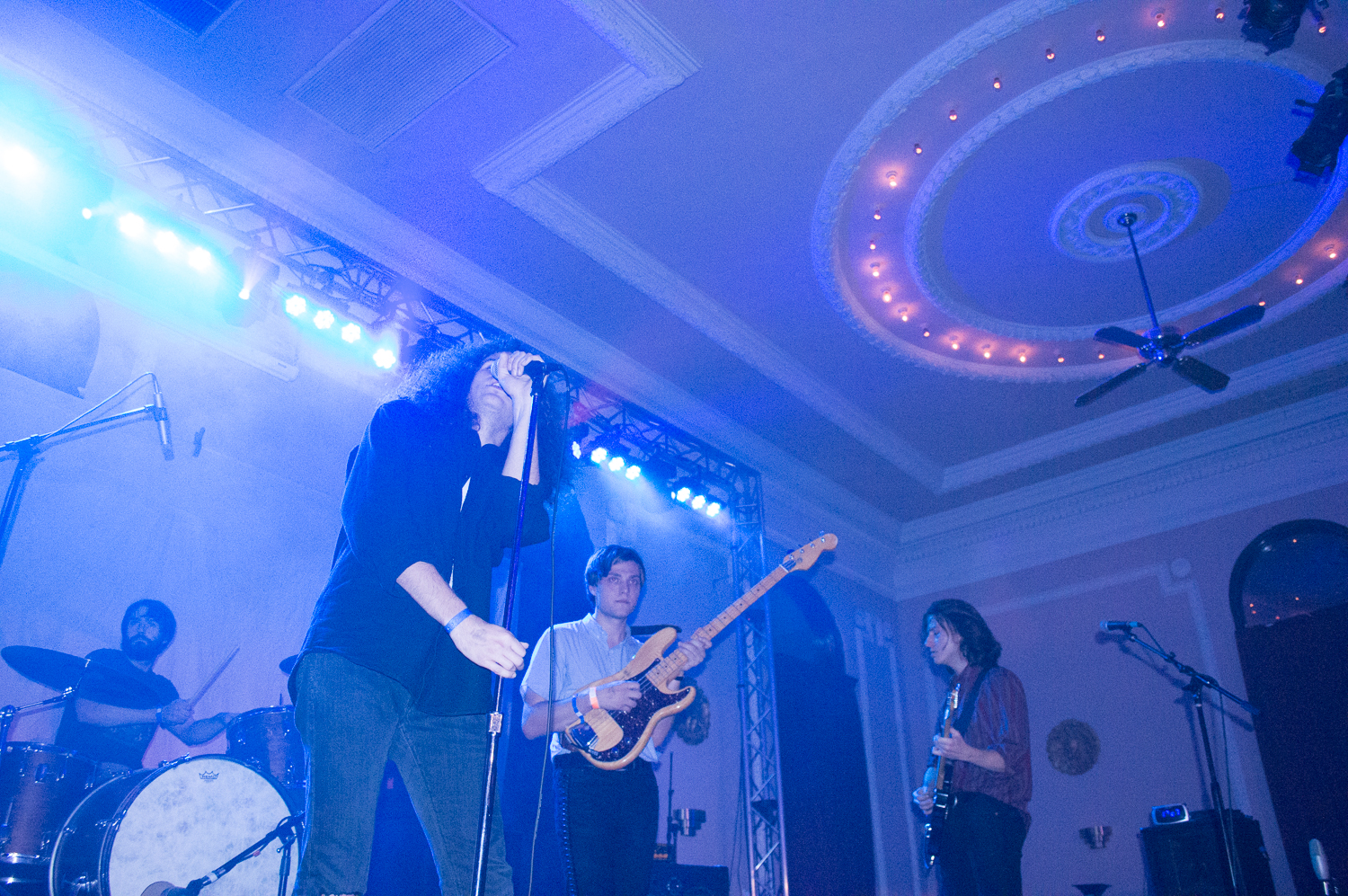 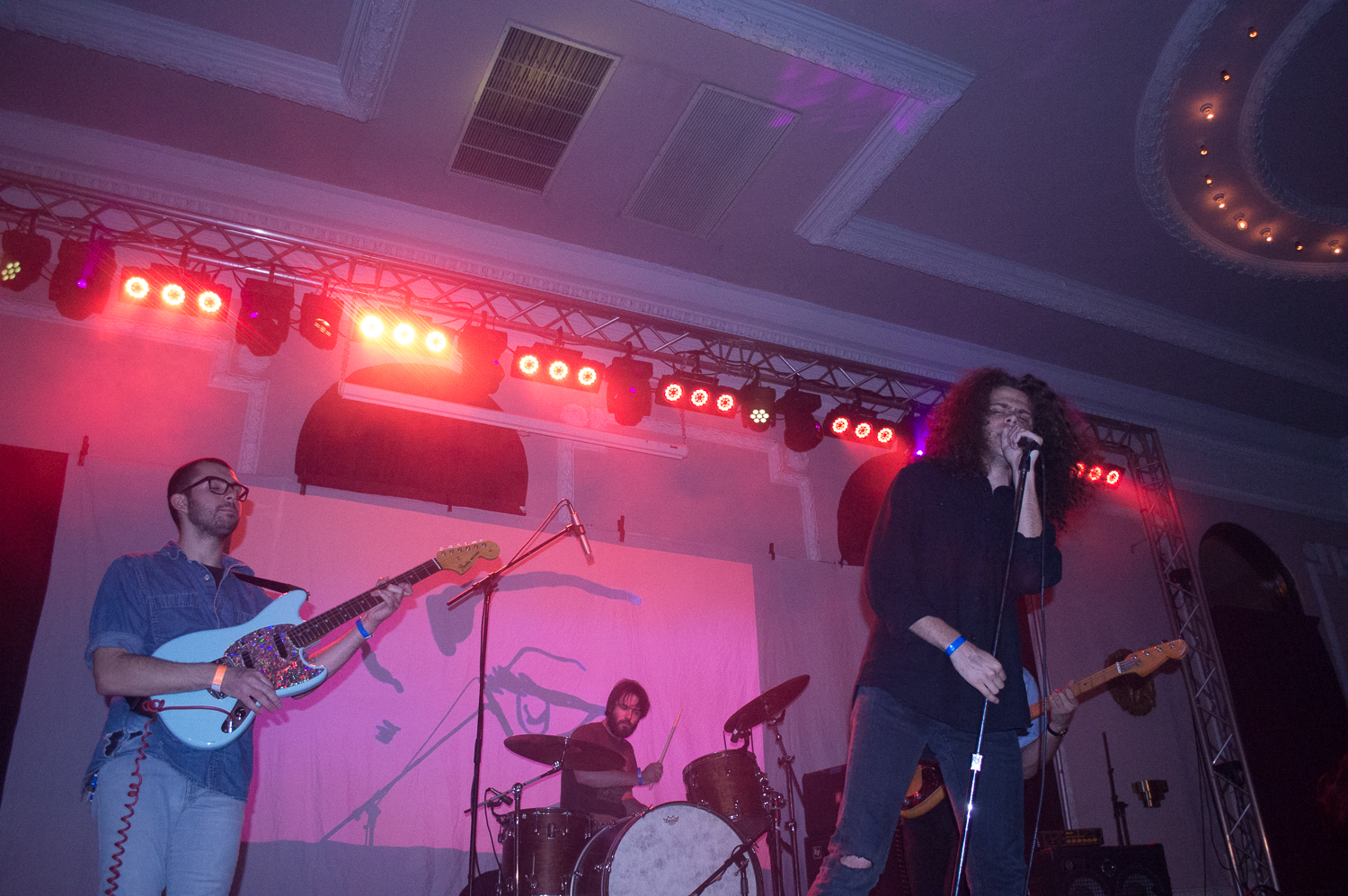 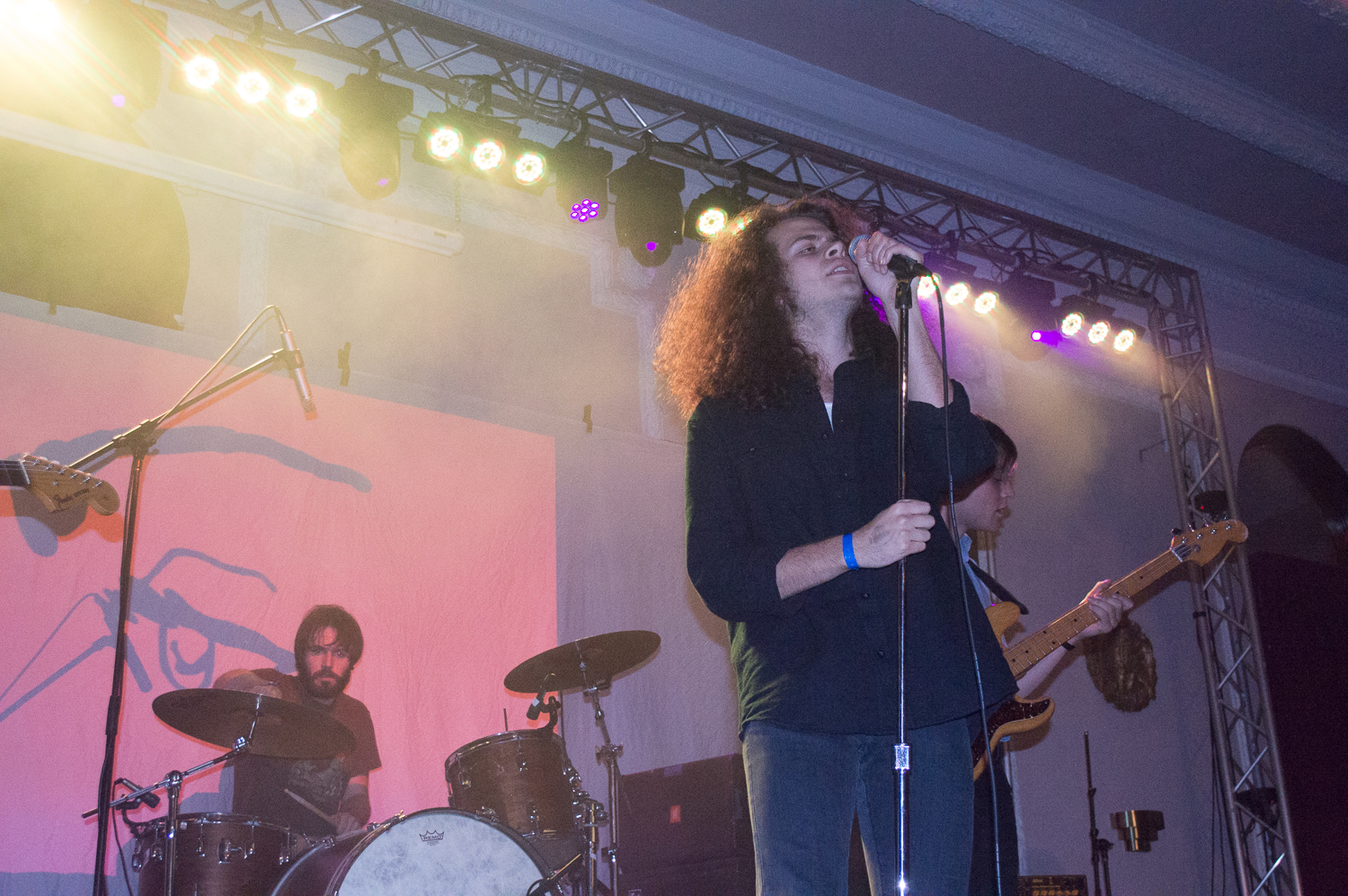 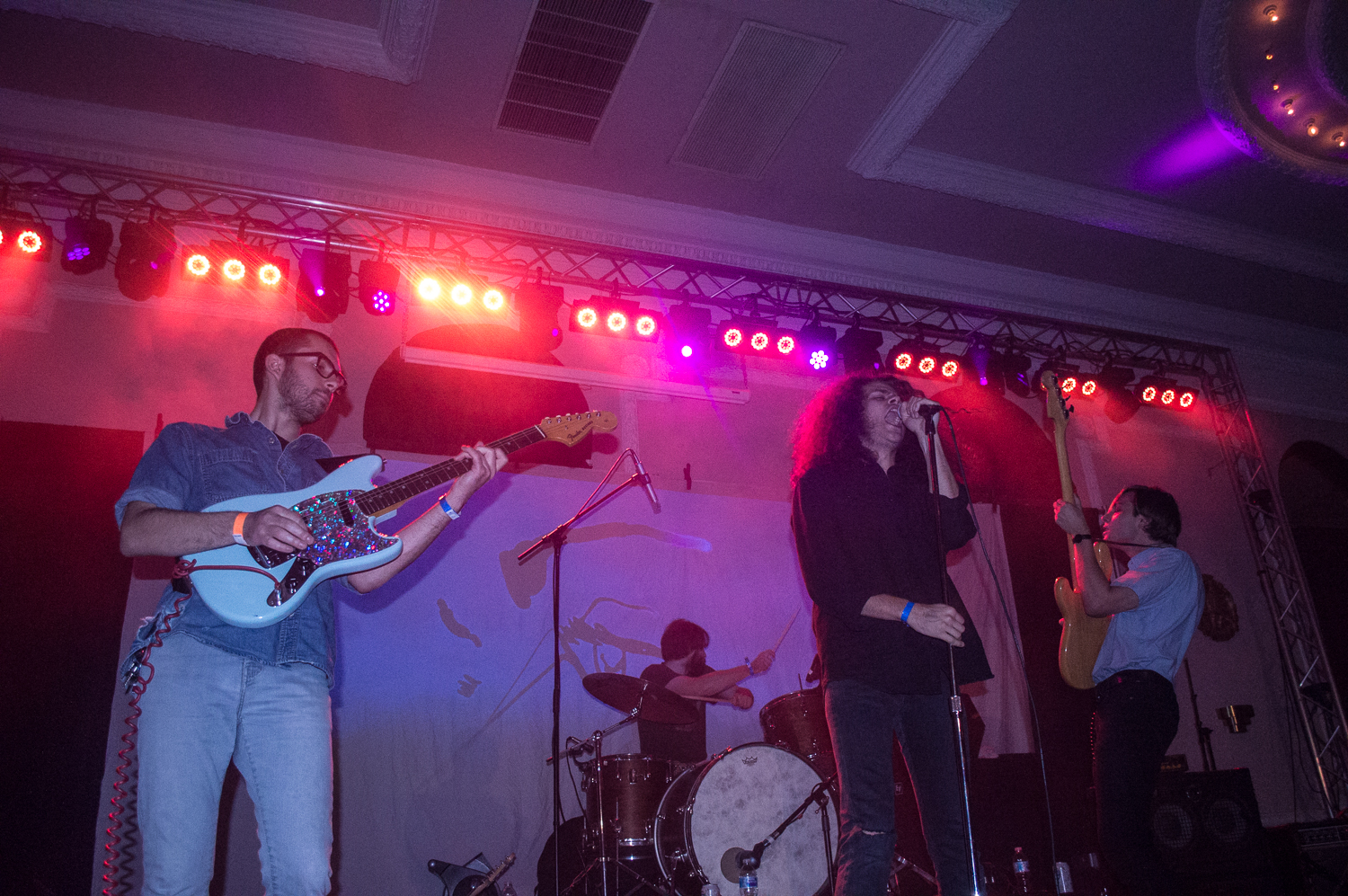 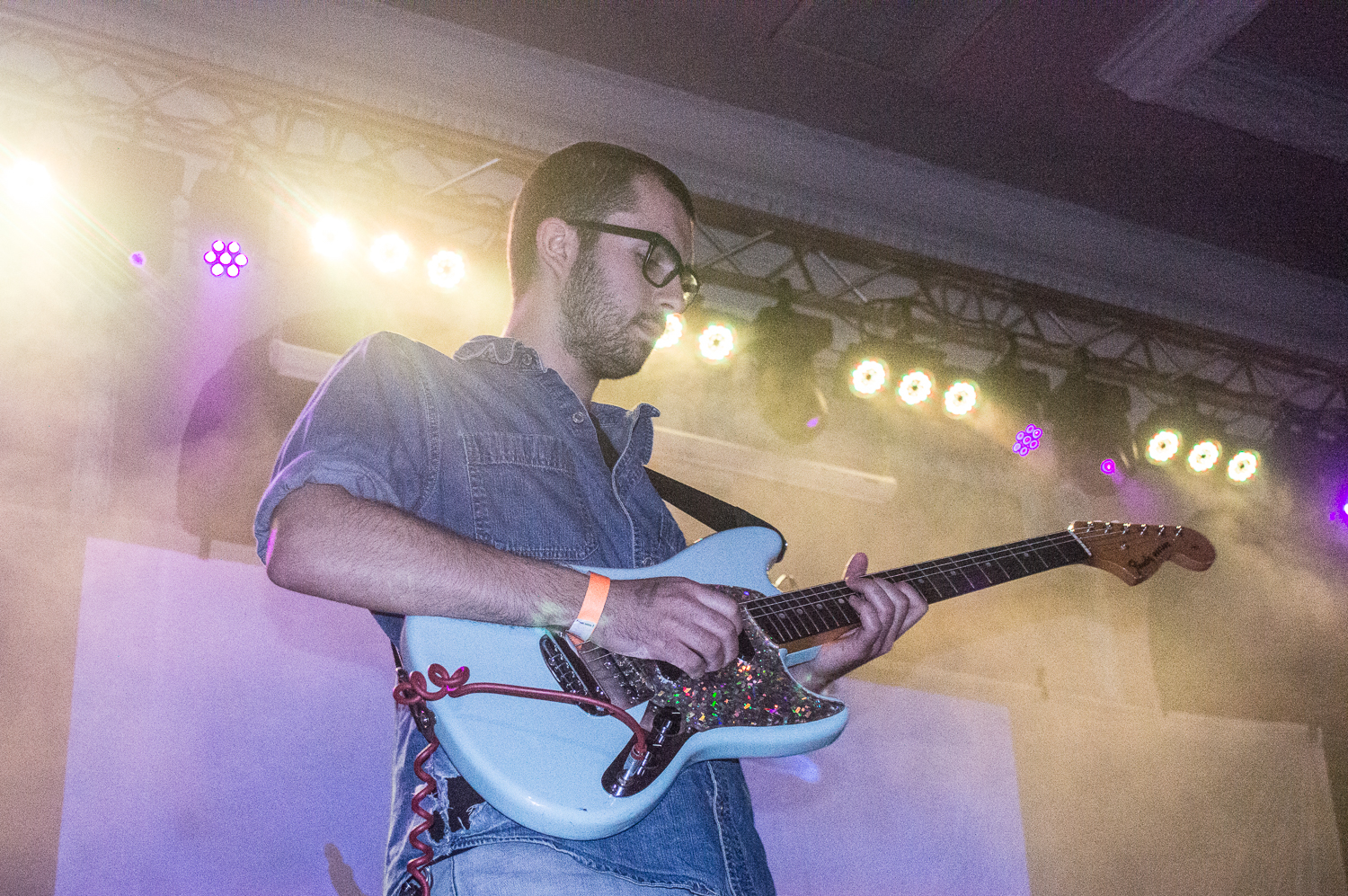 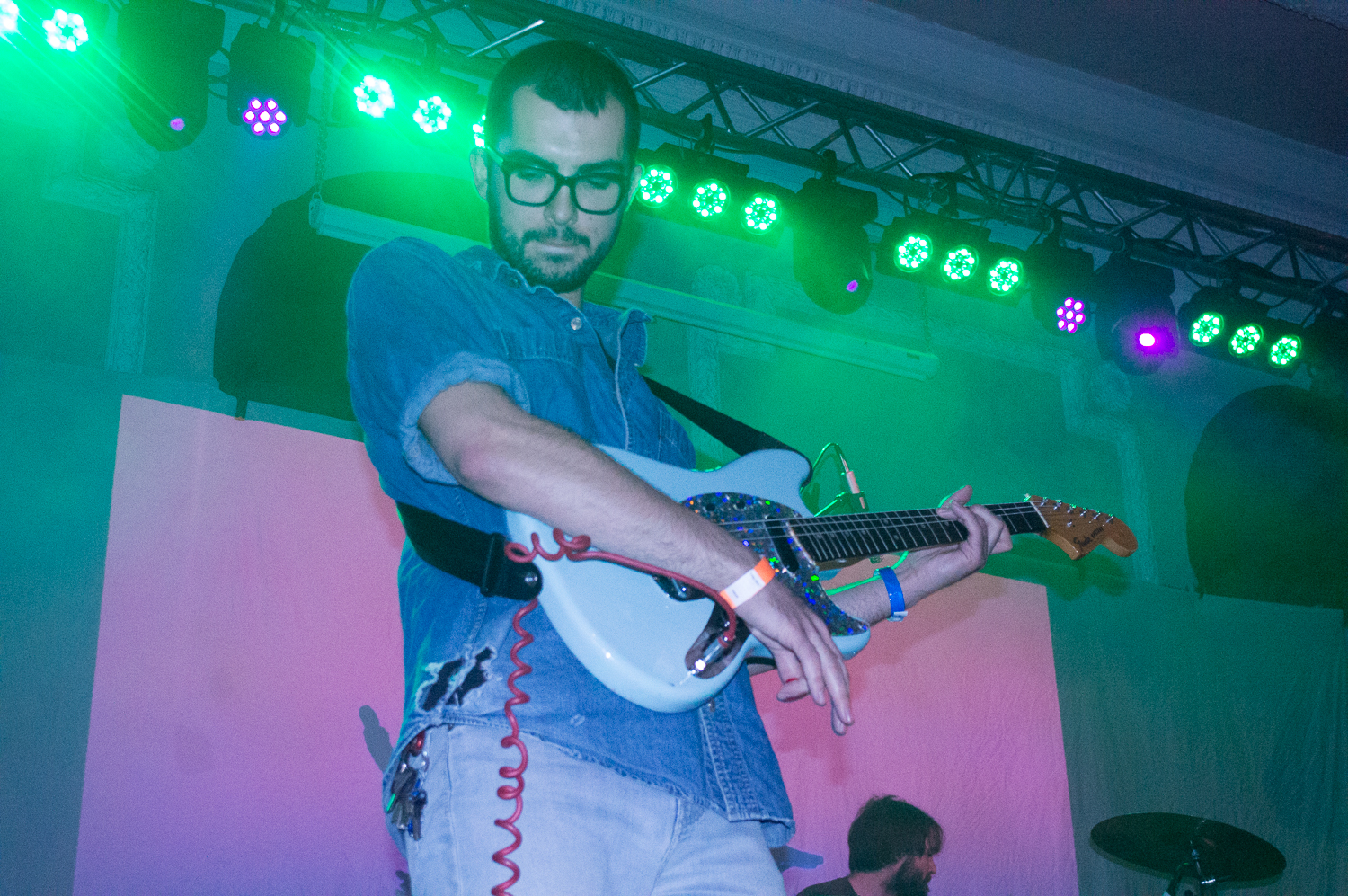 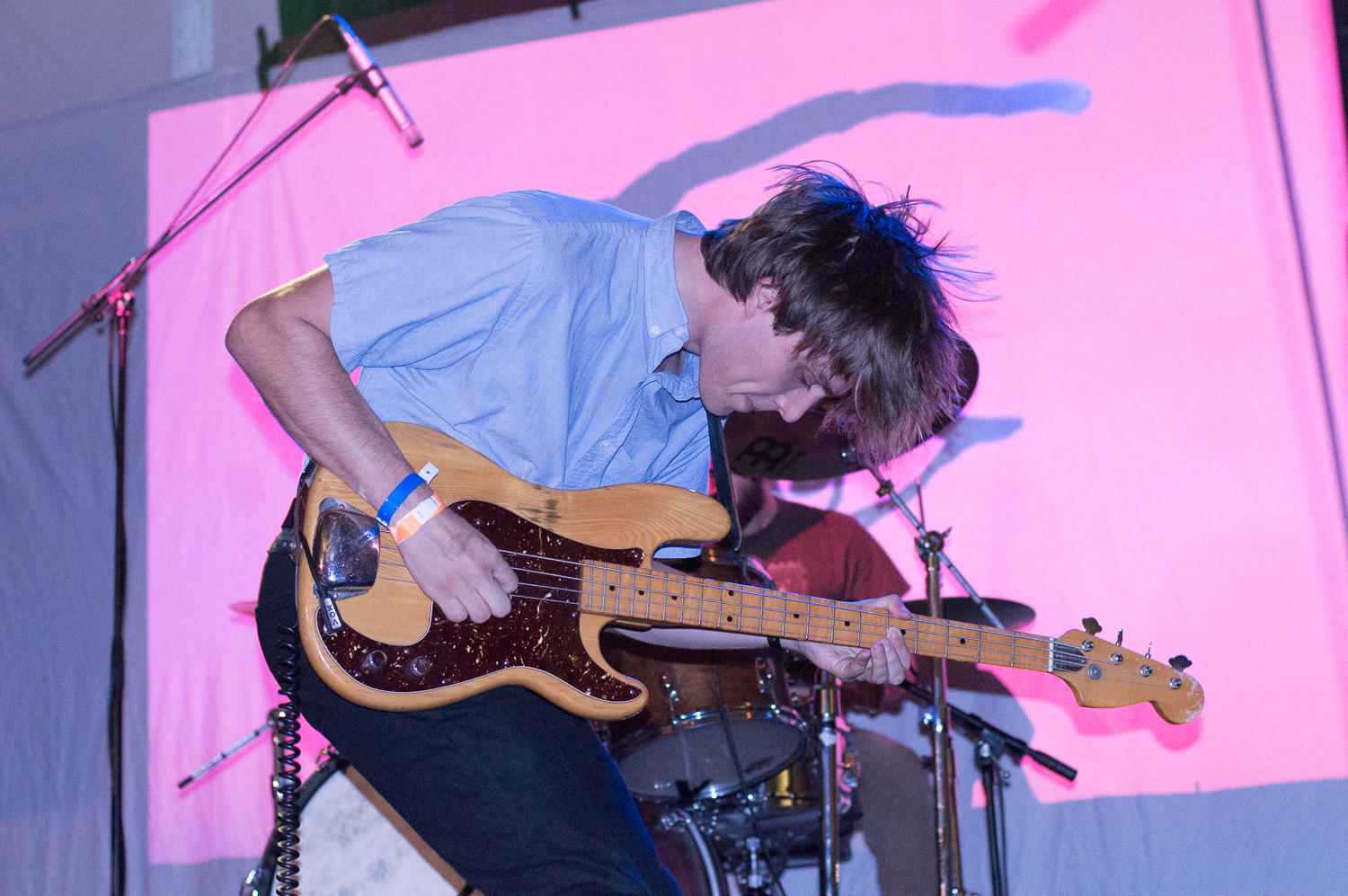 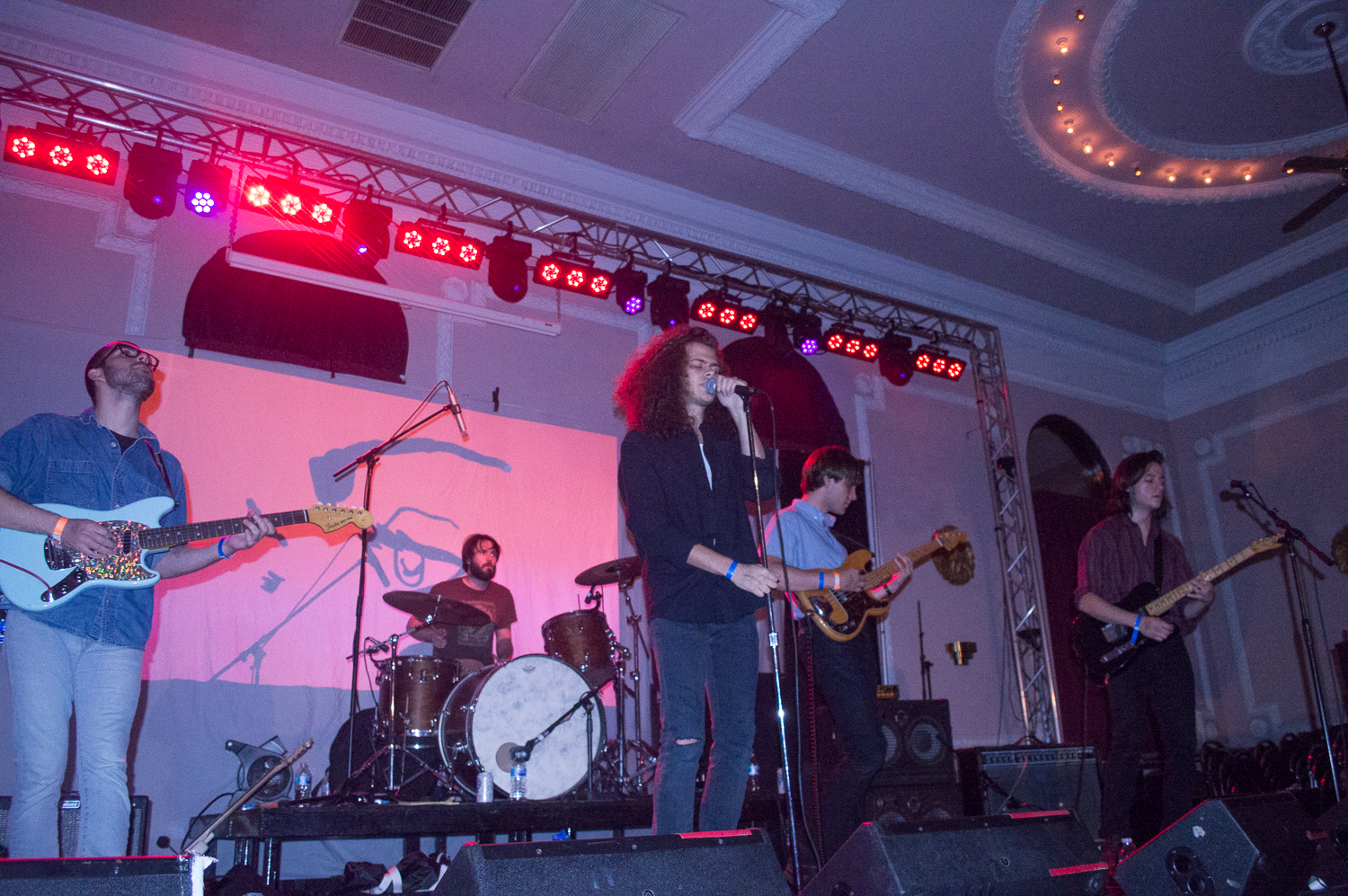 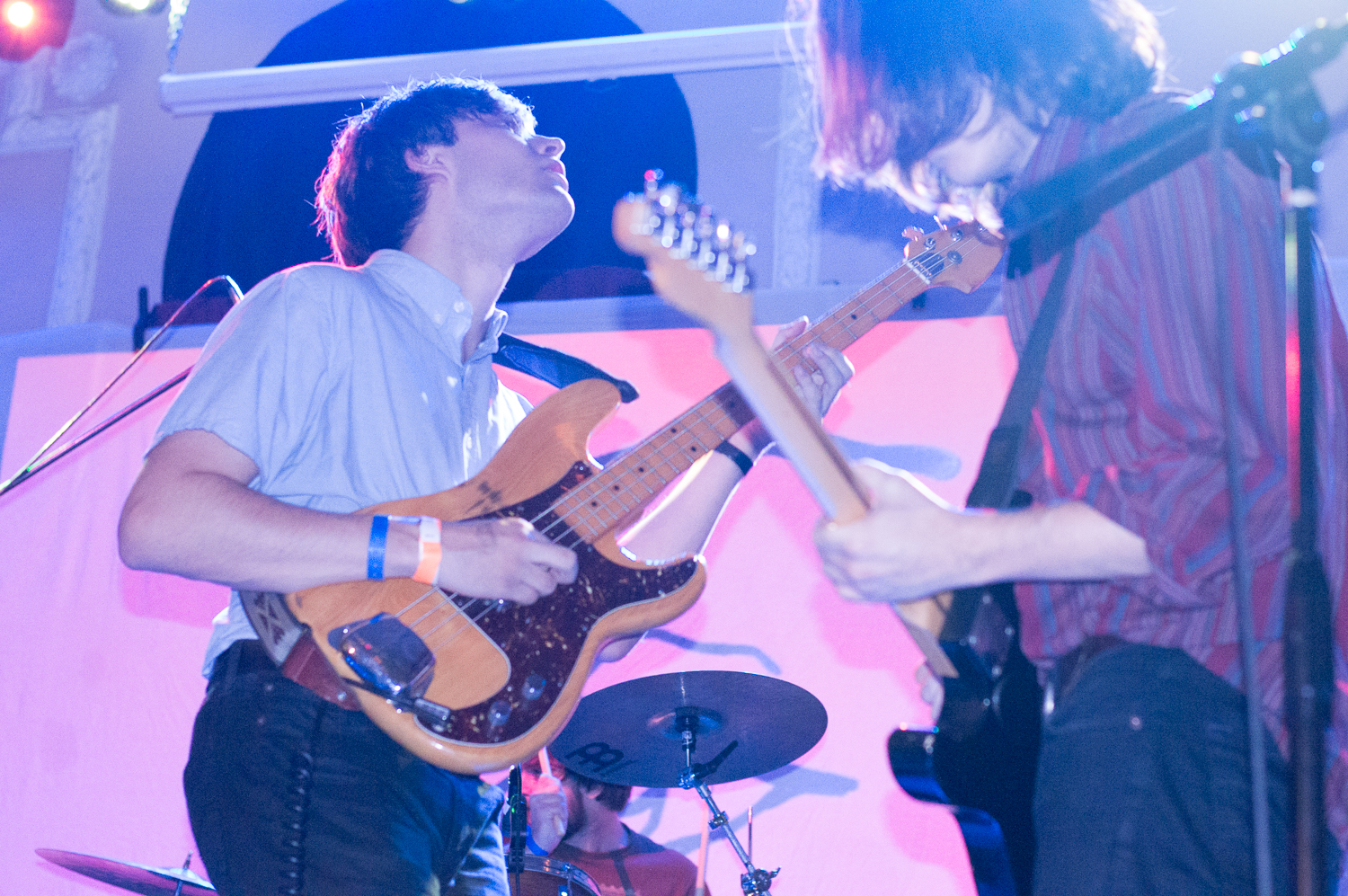 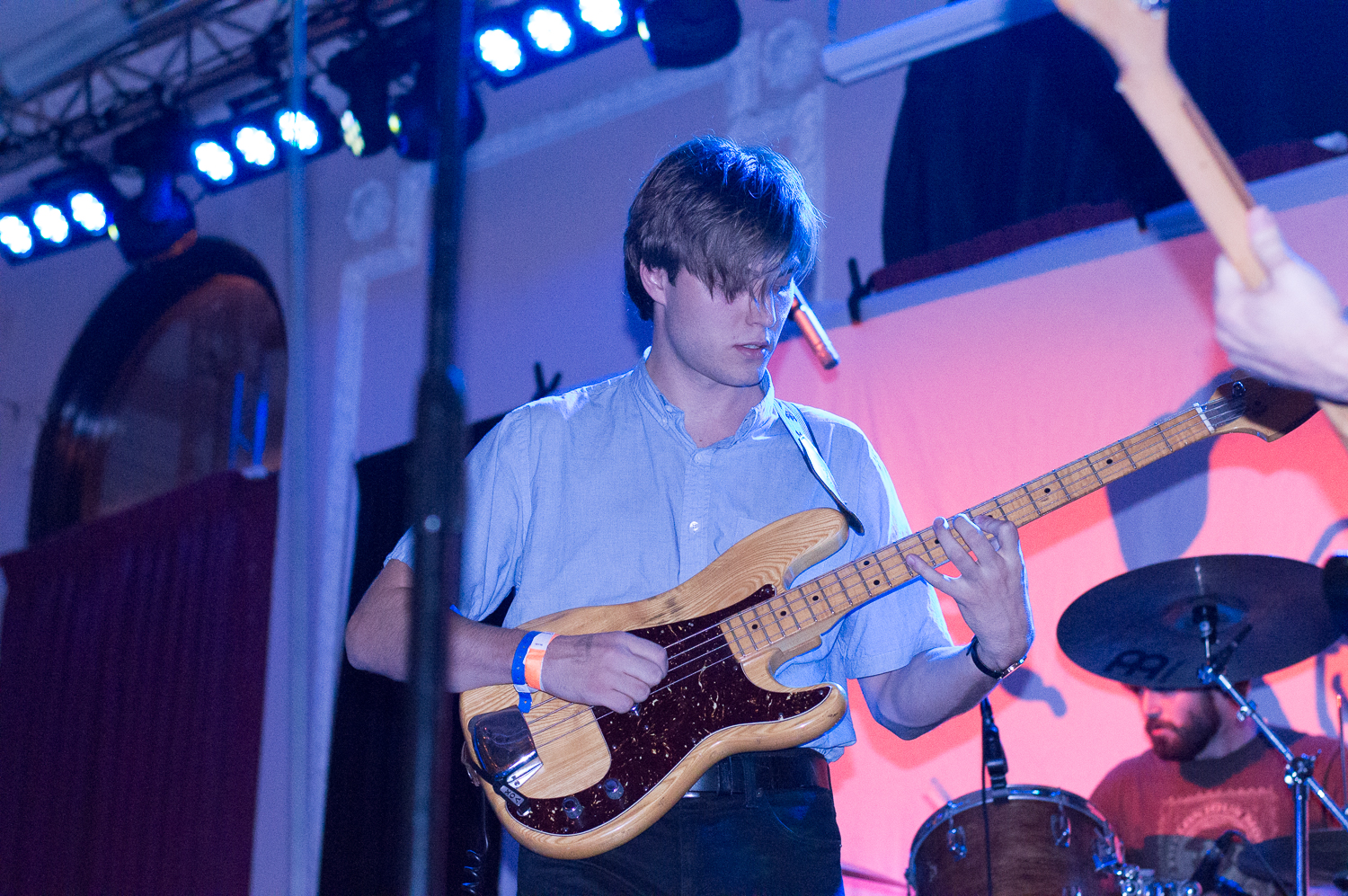 Most recently, Loebman shared a bill with Modern Vices while performing with Yoko and the Oh No’s at Warble Daze in October 2017, both bands headlining the two-day showcase.

“The Chicago scene is something we’re really grateful for,” said Kalchik. “Bands who are tight kind of stay tight, then it’s really easy to get a lot of other bands together from there.”

While Chicago’s DIY scene has an overall friendly nature, it can sometimes turn too friendly. According to Loebman, show lineups have the tendency to become repetitive and “one thing that could be improved is branching out.”

“I, and a lot of my friends, don’t really see it as a competitive thing but rather as a bunch of people making art,” said Loebman.

For their next album, Modern Vices seems to be moving through the decades. Without revealing too much, Kalchik said the album with bring more post-punk sounds (think late-‘70s, early-’80s vibes). The band has even worked with Cage the Elephant guitarist Brad Schultz, looking to find their own polished, signature sound. Their October 2017 single, “If Only,” offers fans a taste of what is to come, with a poppier melody, layered vocals and more polished tone.

“Even though some of the sounds sound a little different structure-wise, we’re still pulling on emotions,” said Kalchik. “Whatever dark magic is going on in some of that ‘60s stuff.”

For now, Modern Vices seems to find themselves tiptoeing the middle ground. The band has played notable stages such as Austin’s South by Southwest (SXSW) music festival consecutively in 2015 and 2016, but also playing bills at local bars like Cole’s or Elbo Room. It’s the “dangerous waiting game,” according to Kalchik. It’s been four years since the band has released an album; how much longer can they wait to perfect the next?

“We want to get organized before we pull the trigger,” Kalchik said, “We’re harder on ourselves than any criticism we receive.”

An earlier version of the article stated that Rebek and Peters started a band, then added Hennessey. The paragraph has since been revised.