On Being a Radical Bastard

On Being a Radical Bastard 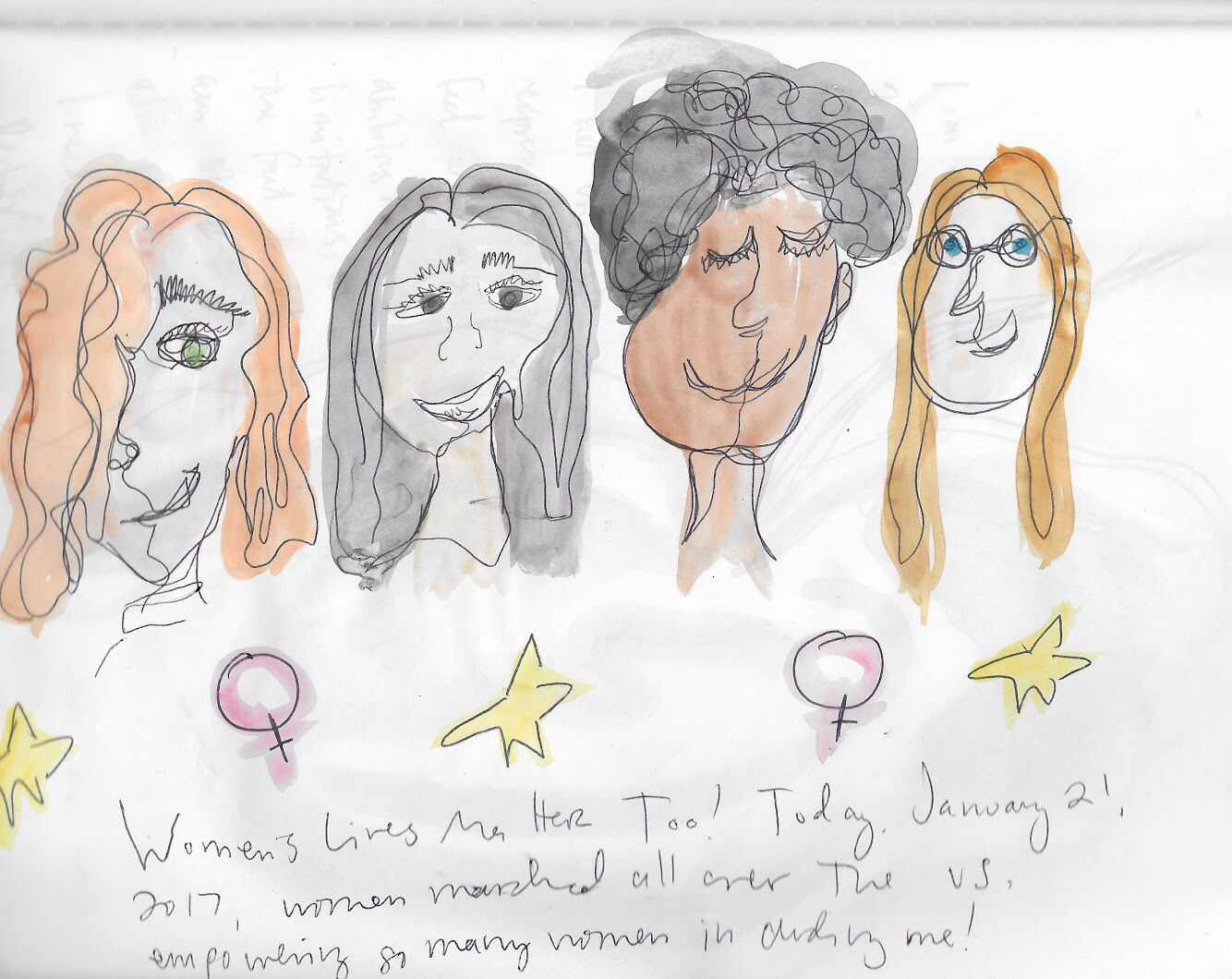 If I could remember the day I was born, I’d imagine it’d go like this: it’s the summer of 1997, almost eight months since Bill Clinton’s second inauguration, and it’s hot, and my mom does all the work, and all I do is show up covered in caul, a thick mix of mom and me. It would take them about a week to name my brother, but with me — the first baby woman — they come prepared.

My name is Anne, and you’ll find it littered throughout my lineage, one small syllable sitting in the back of mouths and passed down to daughters and granddaughters and great-granddaughters. It’s buried in the middle of my eleven-year-old sister’s name too — Kathryne Anne. With this shared heritage, it’s hard to think of me as first of my kind: a small American, conservative-bred woman who turned into a feminist all on her own (or maybe we should thank the internet here and my high school journalism teacher).

In this way, I’d like to think of myself as a bastard, but my parents would opt for “radical.”

I try to pinpoint the exact moment I realized my parents’ radical bastard was born. There’s no singular time but rather a gestation spanning a twenty-minute phone conversation with my mom where she tells me not to tell my father I like both men and women. And a drive home from church where I argue with my mom about police brutality. And a post-dinner conversation where my mom challenges my pro-choice stance. It’s in these moments I feel the radical bastard is closer to crowning.

But the closest thing I’ve gotten to a second birth is almost dying.

If I could remember the day I got hit by a car, I’d imagine it’d go like this: crash. Some people have told me I kept calling out for my mom, and I’d like to think that’s true (you always want to go back to where you came from).

It felt like I was back where I came from, covered in blood, only this time it was all mine: blotched and bloodied, my face blew up and bled. I had a scrape covering my whole left cheek and I was sewn back together at the eyebrows where I had two deep cuts that stopped bleeding within a few hours.

Then the Women’s March unfolded. I was told it was uncomfortably warm for January that day, and it must have been all the women together, generations burning together in cities across the country, cremating the inauguration from the preceding day. Over quarter of a million women marched in Chicago alone.

Alone on the seventh floor of Illinois Masonic, I felt gross and grossly helpless: I was in a bed where an alarm would go off if I tried to get up, which was pointless anyway because when you have a broken pelvis and are two days freshly scraped off the pavement the last thing you want to do it get up.

The only thing I could do was what I do best as a woman: bleed. I picked and peeled the scab on my cheek while I watched the news highlights of the march, shedding skin and blotting my cheek. The first collective movement in Chicago I could be a part of, and I’m bed-bound and broken, bruised and bleeding. That is not poetic; that is the truth.

The only poetic thing about this is the fact that I got to walk at the second Women’s March in Chicago one year later. 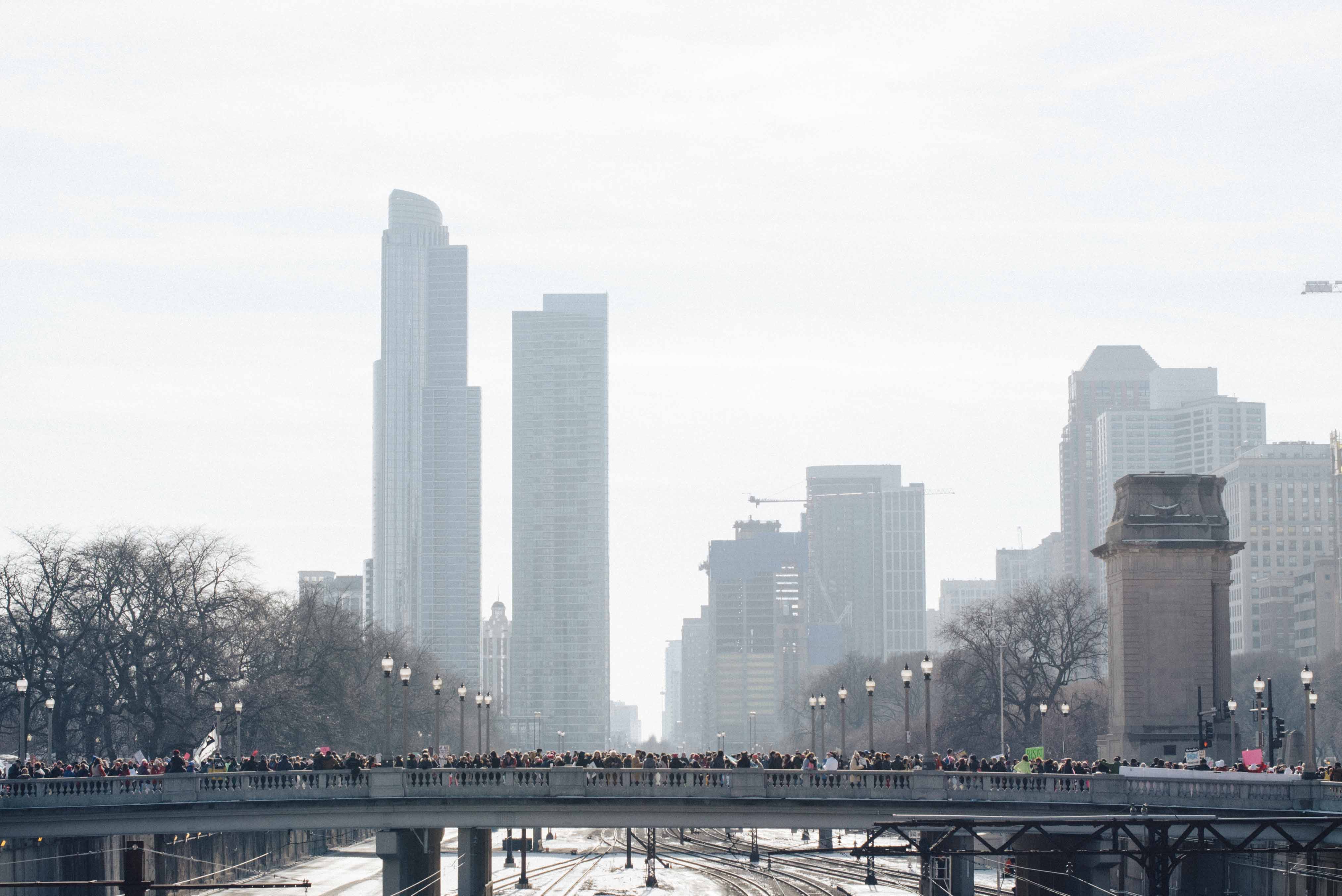 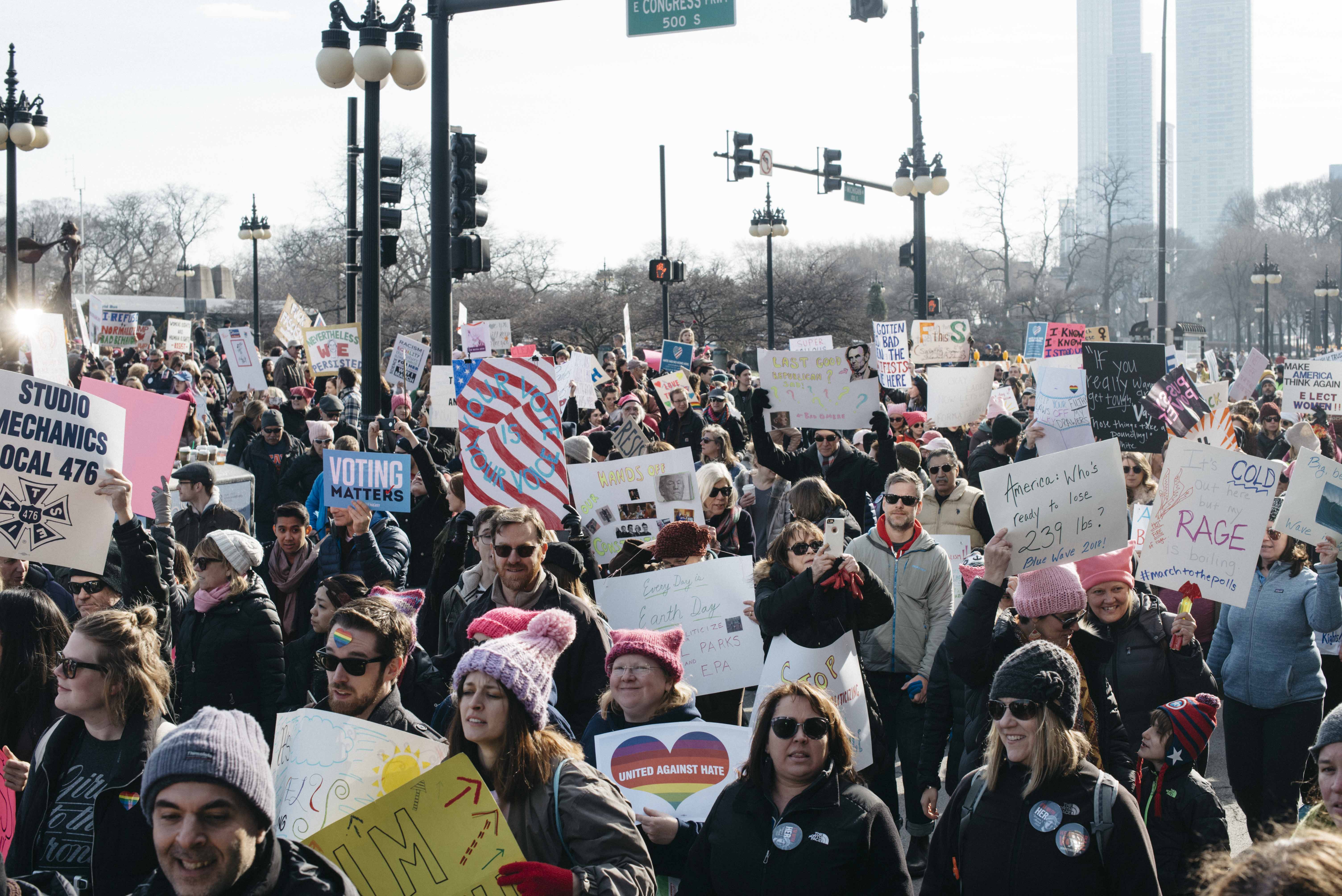 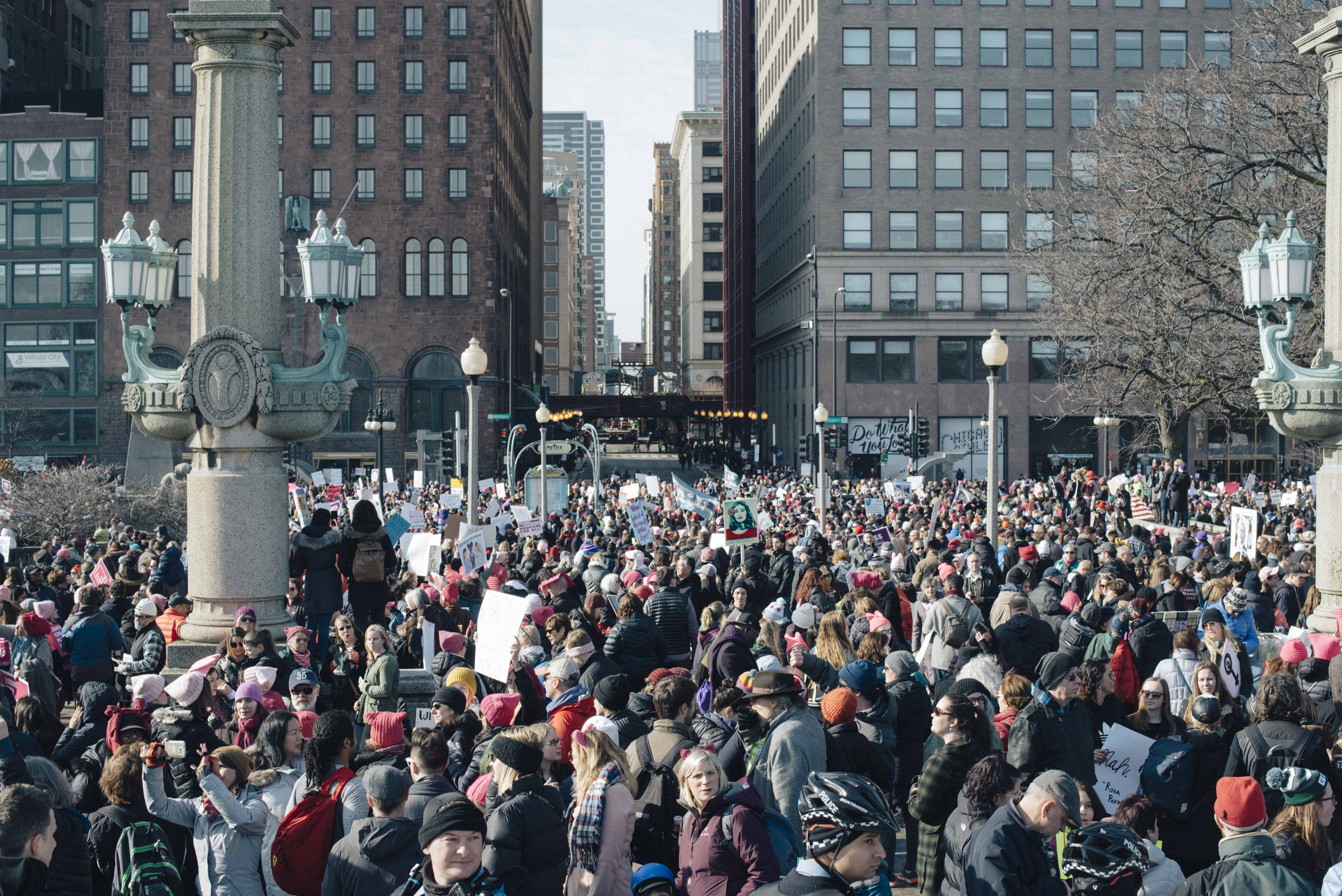 “I could tell you I felt empowered and I felt heard and a part of something bigger.” (Annie Zidek, 14 East)

I remember the first time I relearned how to move among women again, to walk after my accident: it was on the eighth floor of Illinois Masonic only a few days late of the first Women’s March. It was just me and the physical therapist, her using a looped safety belt around my broken ankle to hold it while I hopped on one leg. It took us fifteen minutes to get to the window. Our own women’s march. I marched for myself for learning how to walk again, for my sister who will never have to relearn to walk, for all the women who already knew how to walk.

Fed up and rebellious, I used the same body which was cracked last year and I was one of 300,000 to march on Saturday. It was simple, a coming together of hundreds of thousands of people protesting the predator we have in power and advocating for the rights of so many others. Snaking through crowds of people was gratifying: I felt like I knew where I was going, like my body was moving towards something greater, like my body learned how to move among other women.

Surrounded by families of multi-generational marchers and by my close female friends and by women who are doing better work than I feel I am, I felt empowered and I felt heard and like I was a part of something bigger.

As I marched, I thought of my parents just 50 miles north and of the radical bastard I’ve become. I was born during the Clinton administration, and I’m surprised they didn’t see this coming, this whirlwind of woman spilling small rebel yells from her mouth: this is what democracy looks like. Each syllable hitting the sides of the buildings and building up into the city’s noise. I hope my parents can hear me. Overhead, the L roars, sounding her hymns and carrying ours throughout the rest of the city.

With all the noise and the fever, I couldn’t help but come back to one thought: I wish my little sister was there. Eleven-years-old and unapologetic, she loves math and science and her own voice. She has wit and spunk and she’s more promising than I ever was at eleven. My only hope for her is that she learns to get what she deserves, and she becomes a woman who marches, a radical bastard. That is the most rebellious act.