We Should All Be Dancing

The Love of Jazz: The Chicago ..

His illustrations, graphic reporting and cartoons can be found in the pages of The New Yorker, Barron’s, Chicago Tribune and The Wall Street Journal, to name a few. Ken Krimstein is a professional lecturer in the College of Communication at DePaul University, faculty advisor to AdVentors, DePaul’s advertising club, and guides the creative component of DePaul’s National Student Advertising Competition as the faculty advisor.

His latest endeavor is a graphic biography of the influential Hannah Arendt, a political theorist and prominent philosopher of the twentieth century. “The Three Escapes of Hannah Arendt: A Tyranny of Truth” will be available in September 2018 by Bloomsbury Books, and offers an illustrated portrait of a woman navigating war-time tyranny and political instability.

Hannah Arendt’s assessment of the Nazis and famed phrase “the banality of evil” in “The Origins of Totalitarianism,” originally published in 1951, had a resurgence of popularity during the last presidential election. Krimstein illustrates Arendt’s life and controversial intellectual ideas through his witty and emotional graphic memoir.

It didn’t seem fitting to have Krimstein boxed in through the traditional interviewing model  — instead, he answered questions through his drawings.

1.) If you were stranded on a deserted island, what three things would you bring with you? 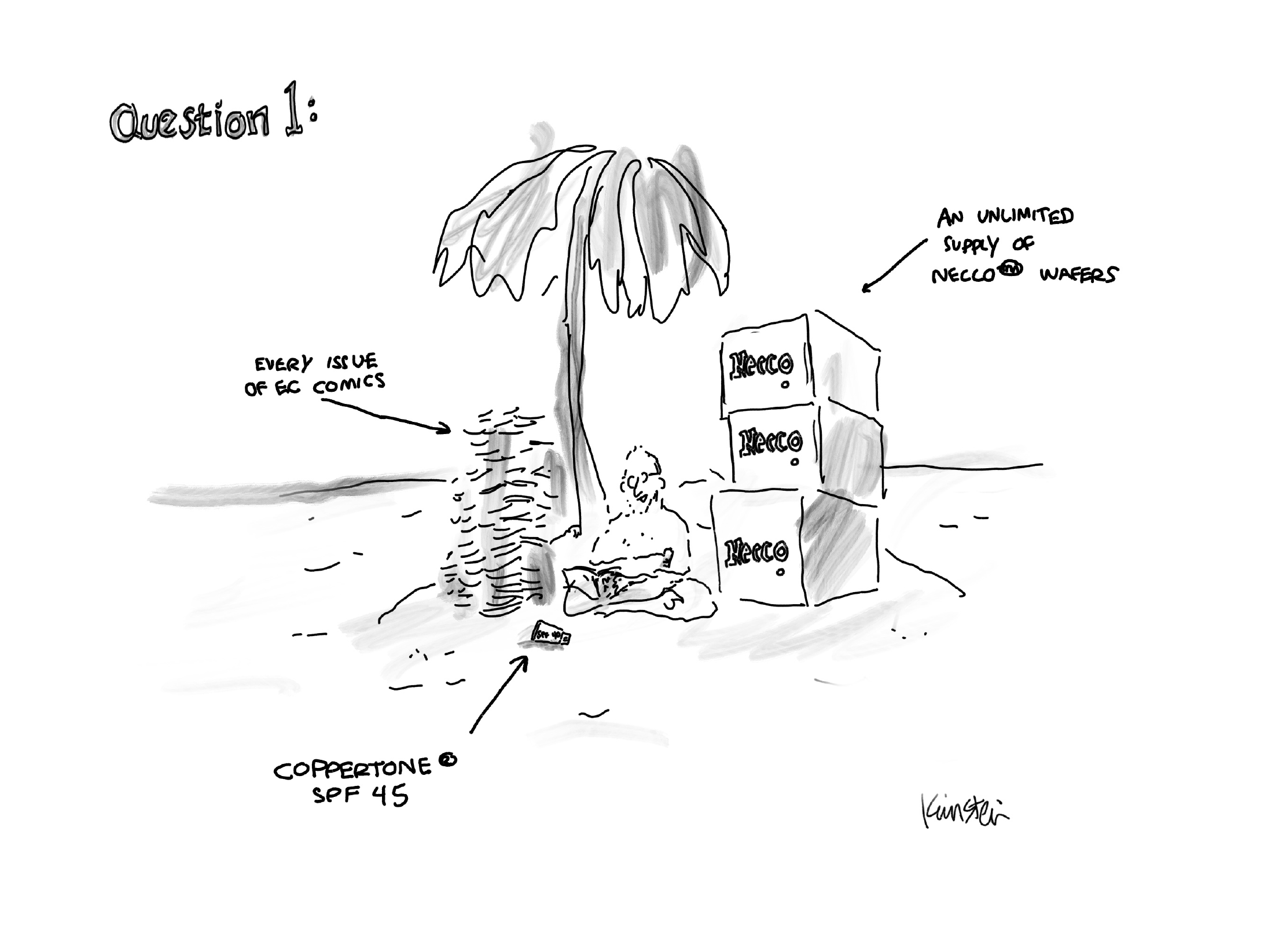 2.) What ridiculous thing has someone tricked you into doing or believing? 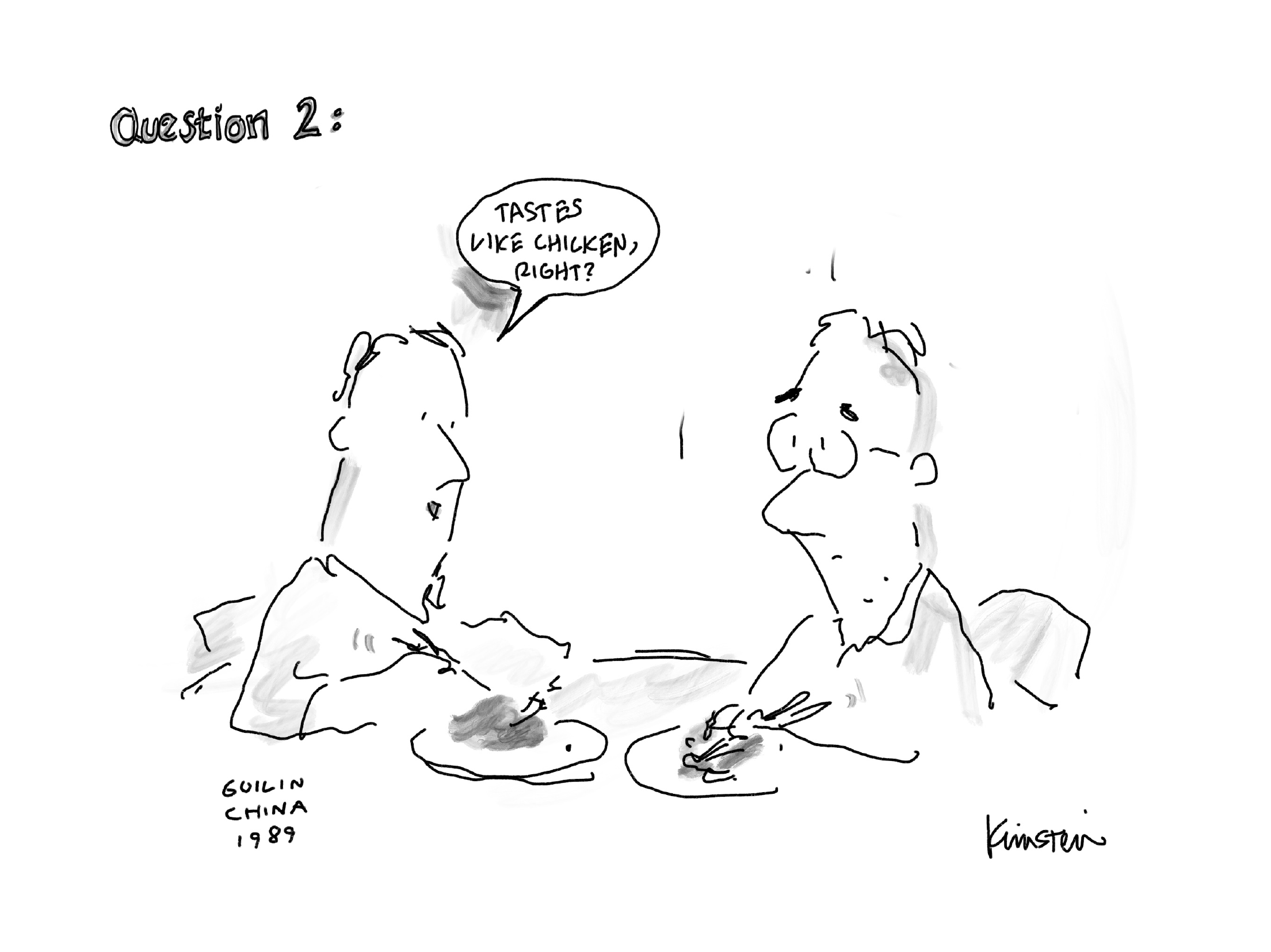 3.) What would I find in your refrigerator, right now? 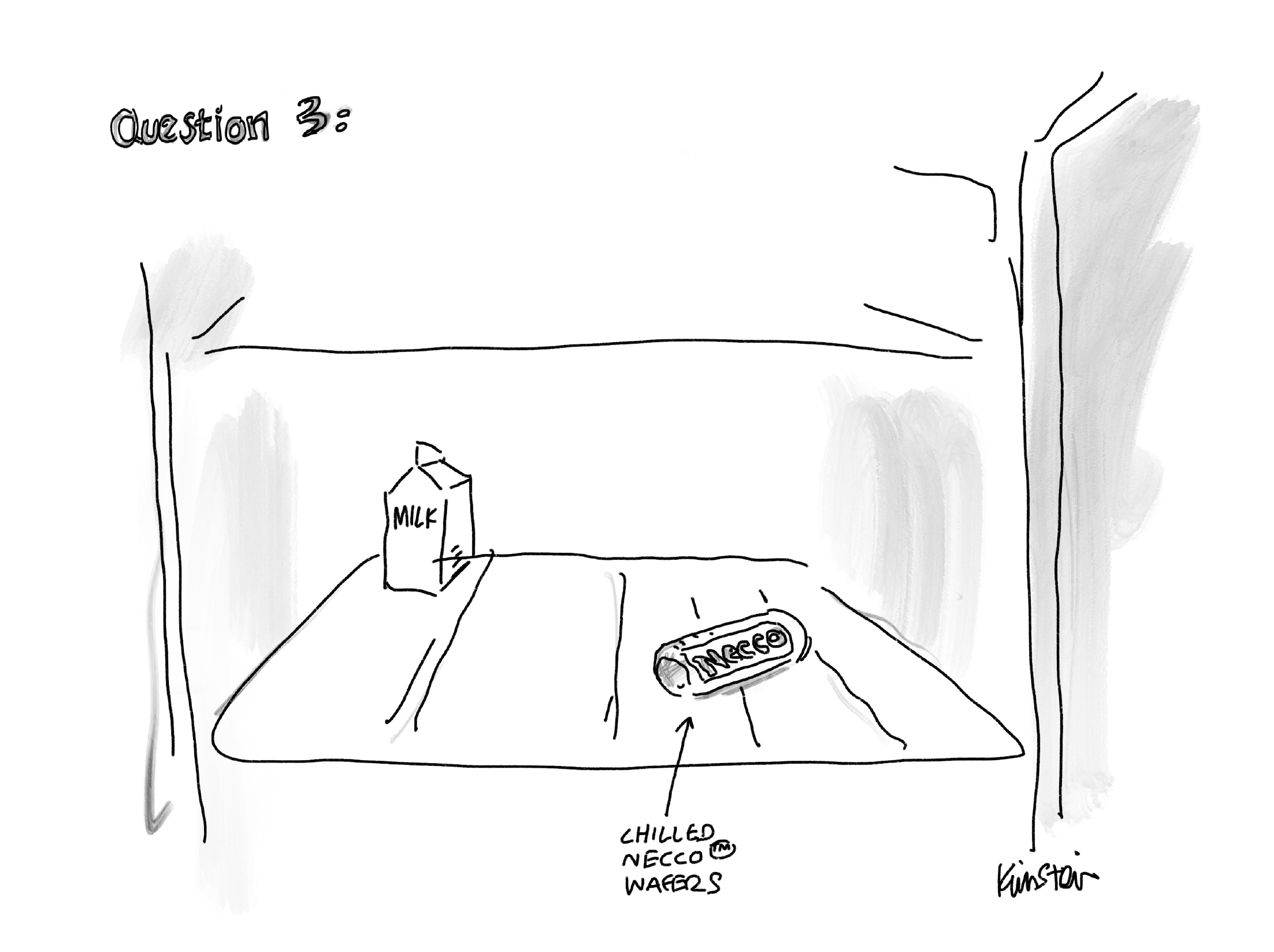 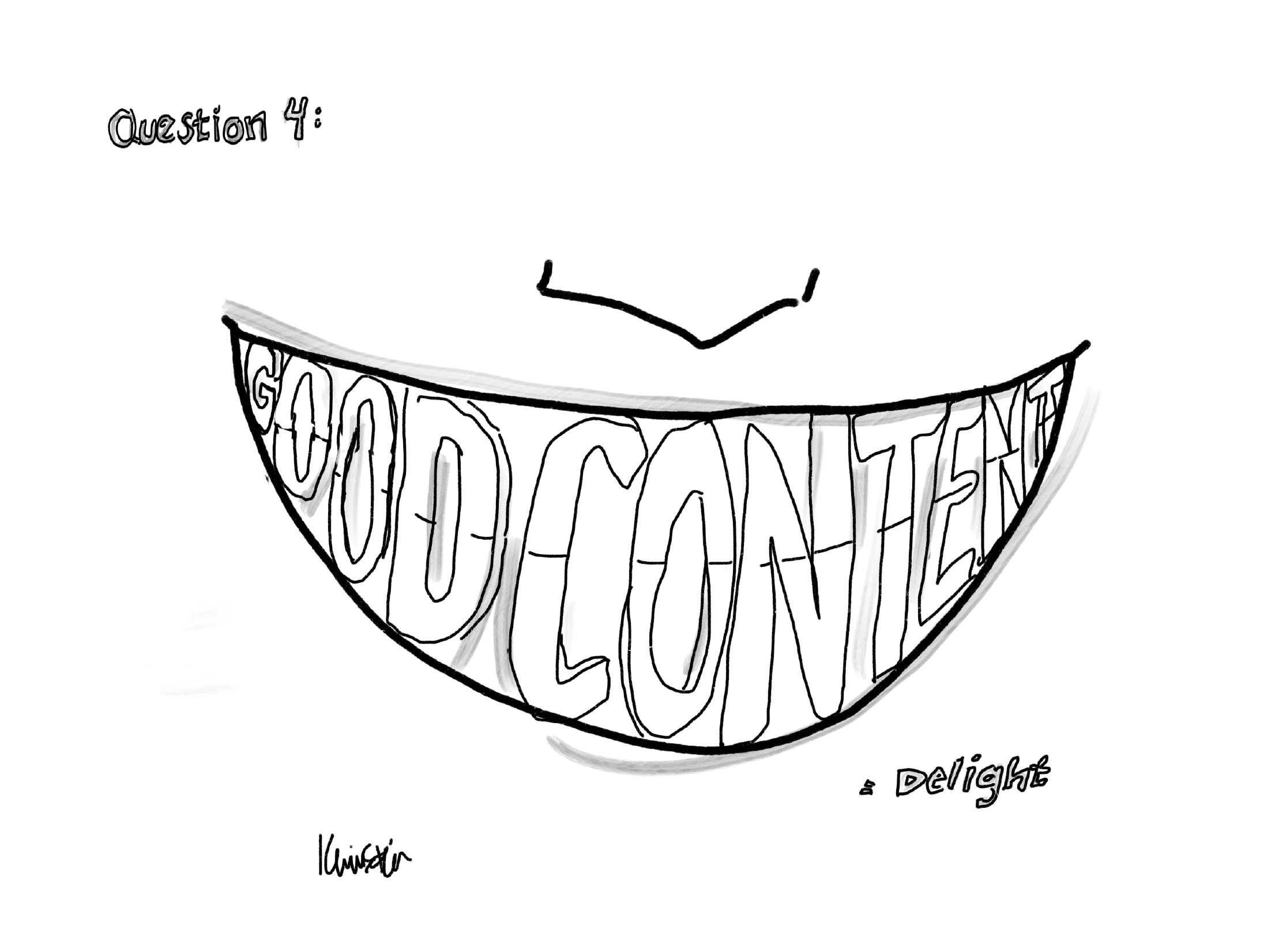 5.) What gets under your skin more than anything else? 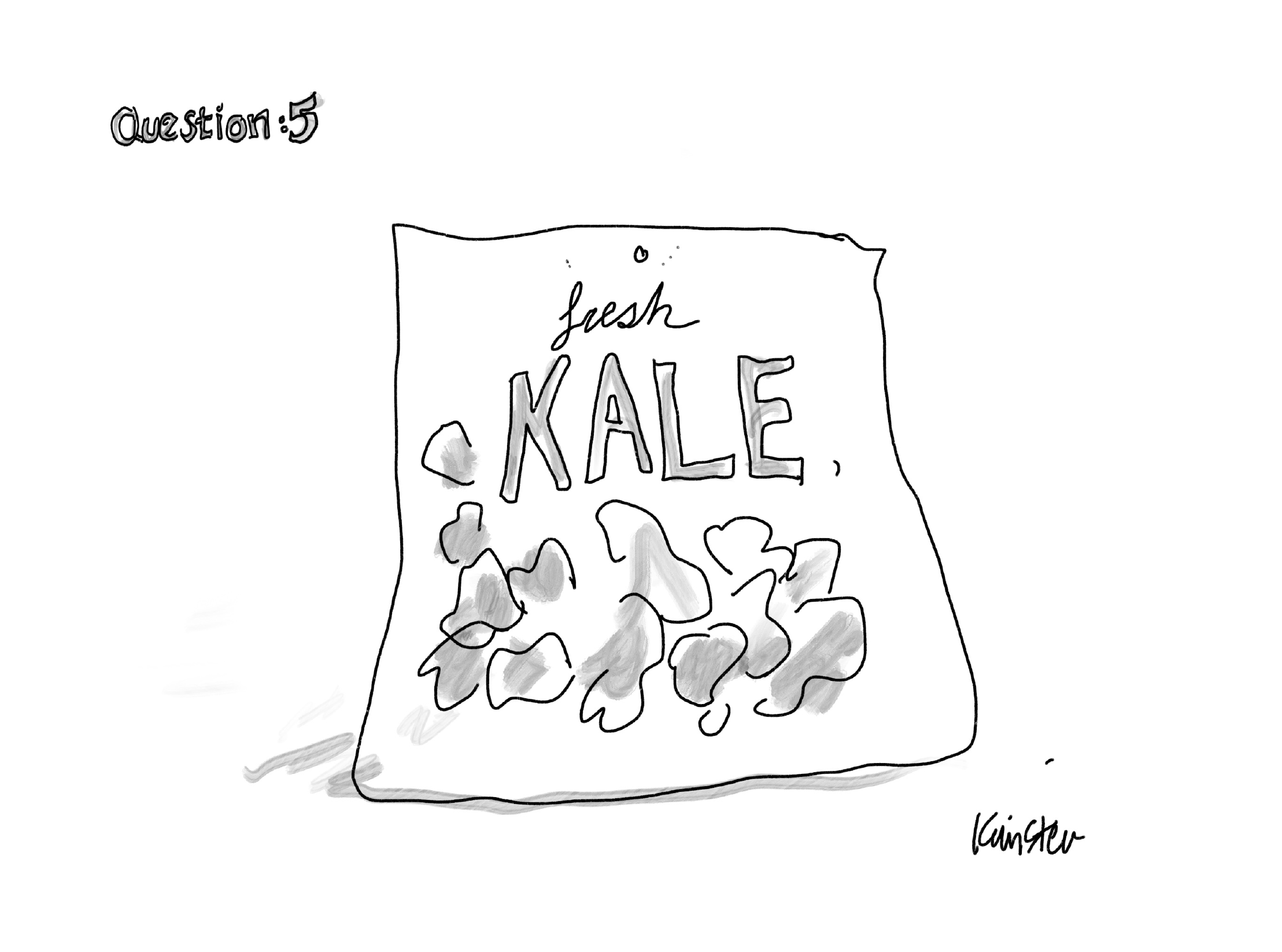 6.) If you could have dinner with three people, who would they be? 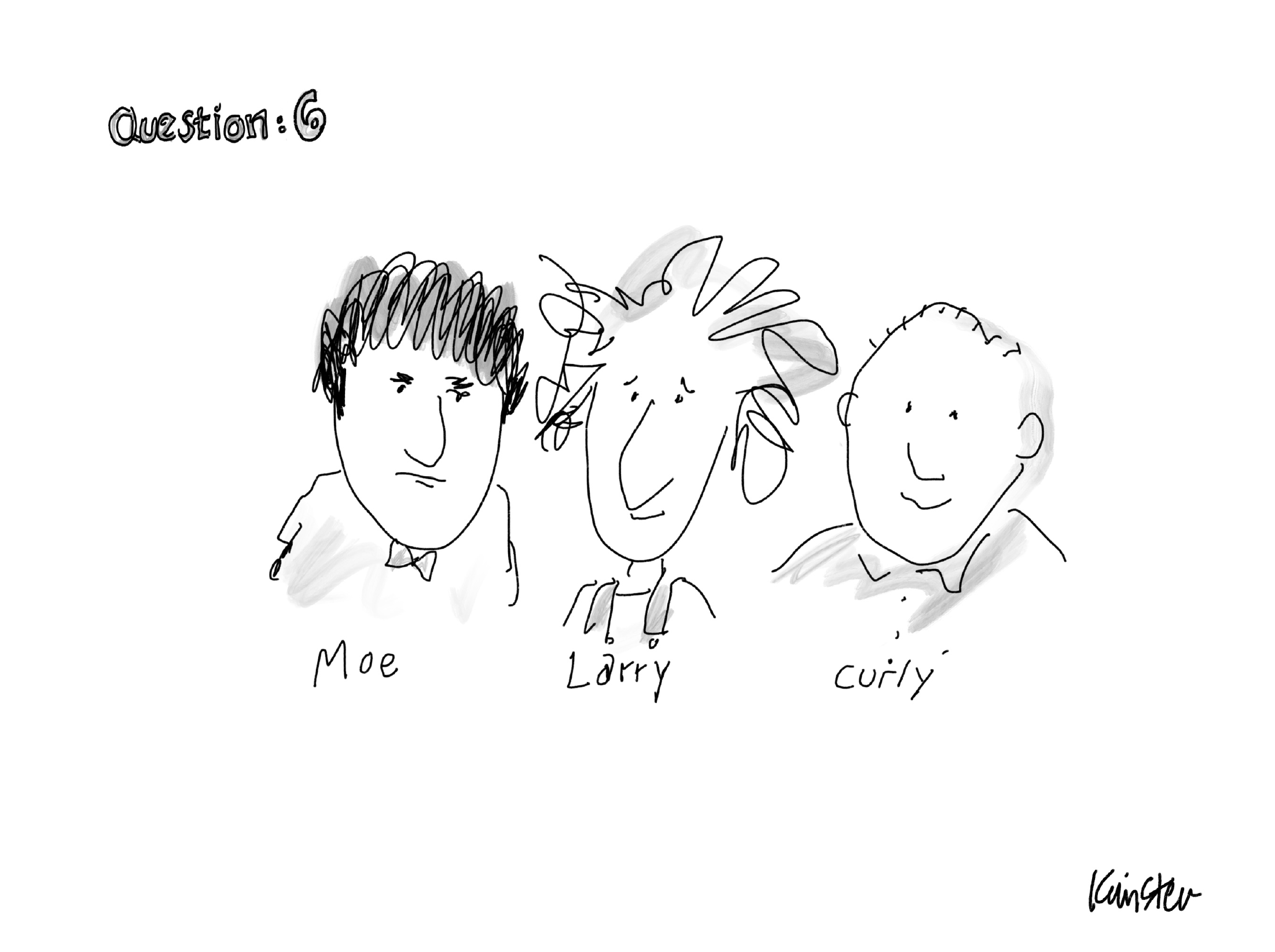 7.) Do you believe in Bigfoot? The Loch Ness Monster? 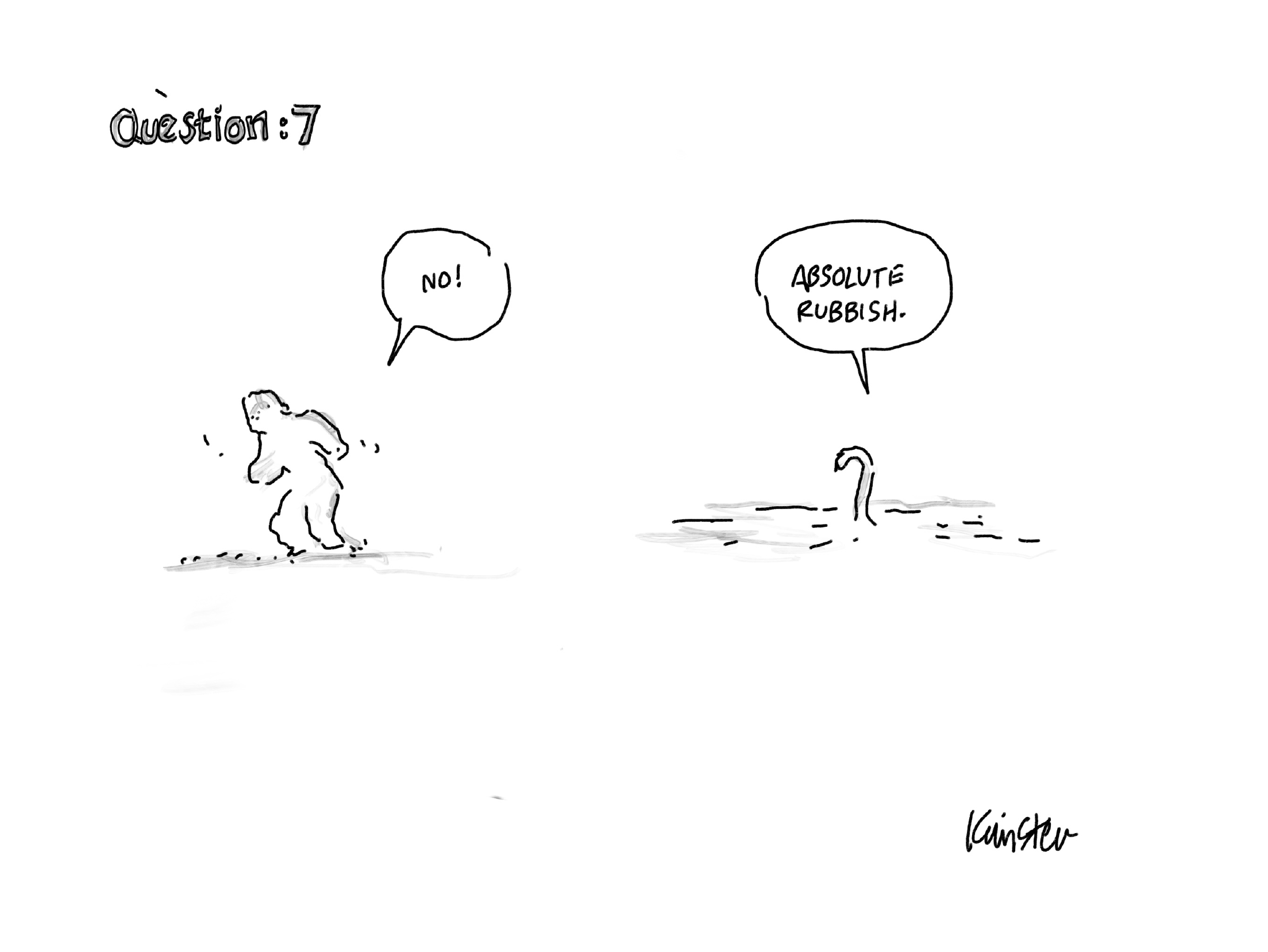 8.) If you could compare yourself with any animal, which would it be? 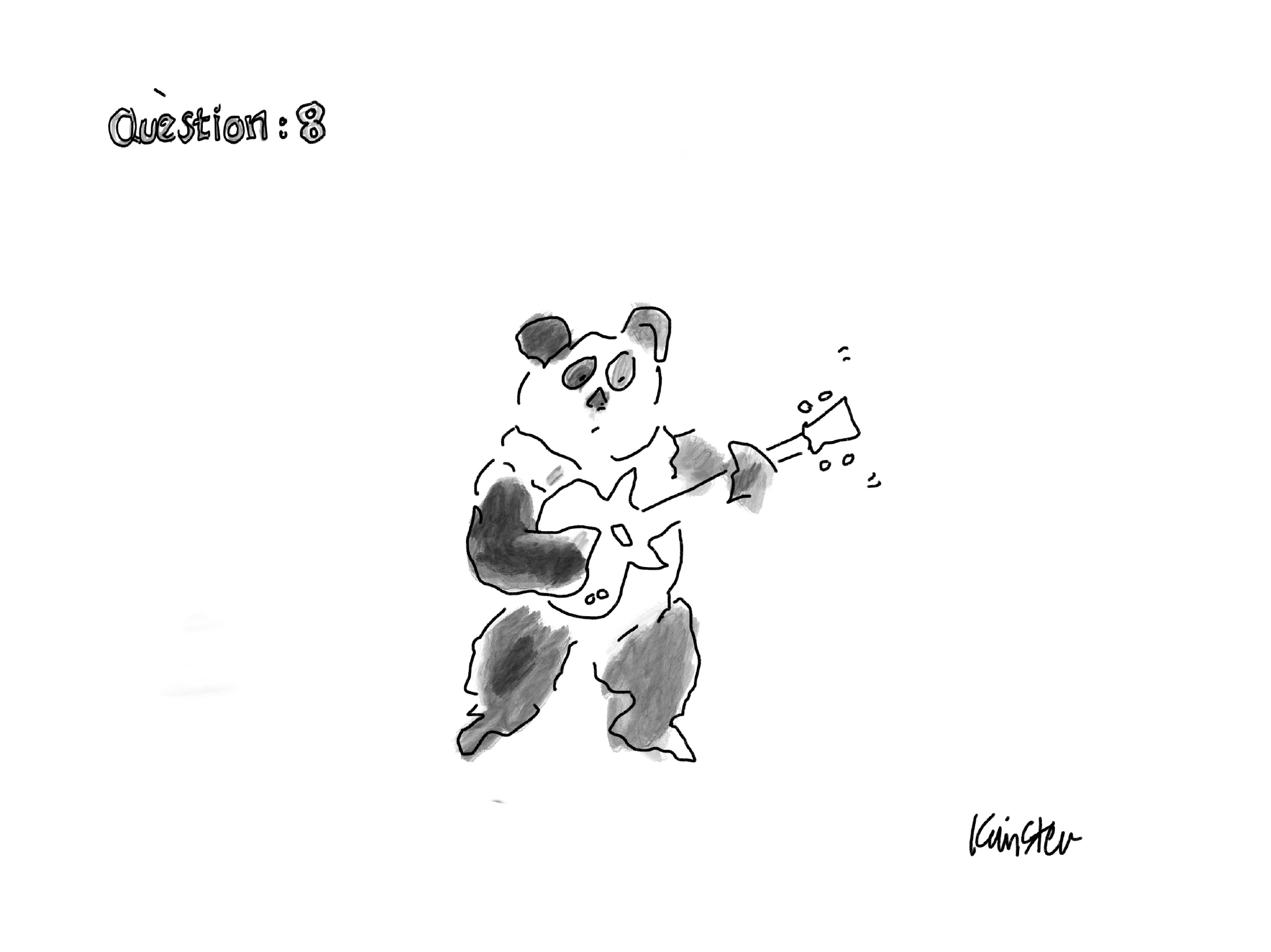 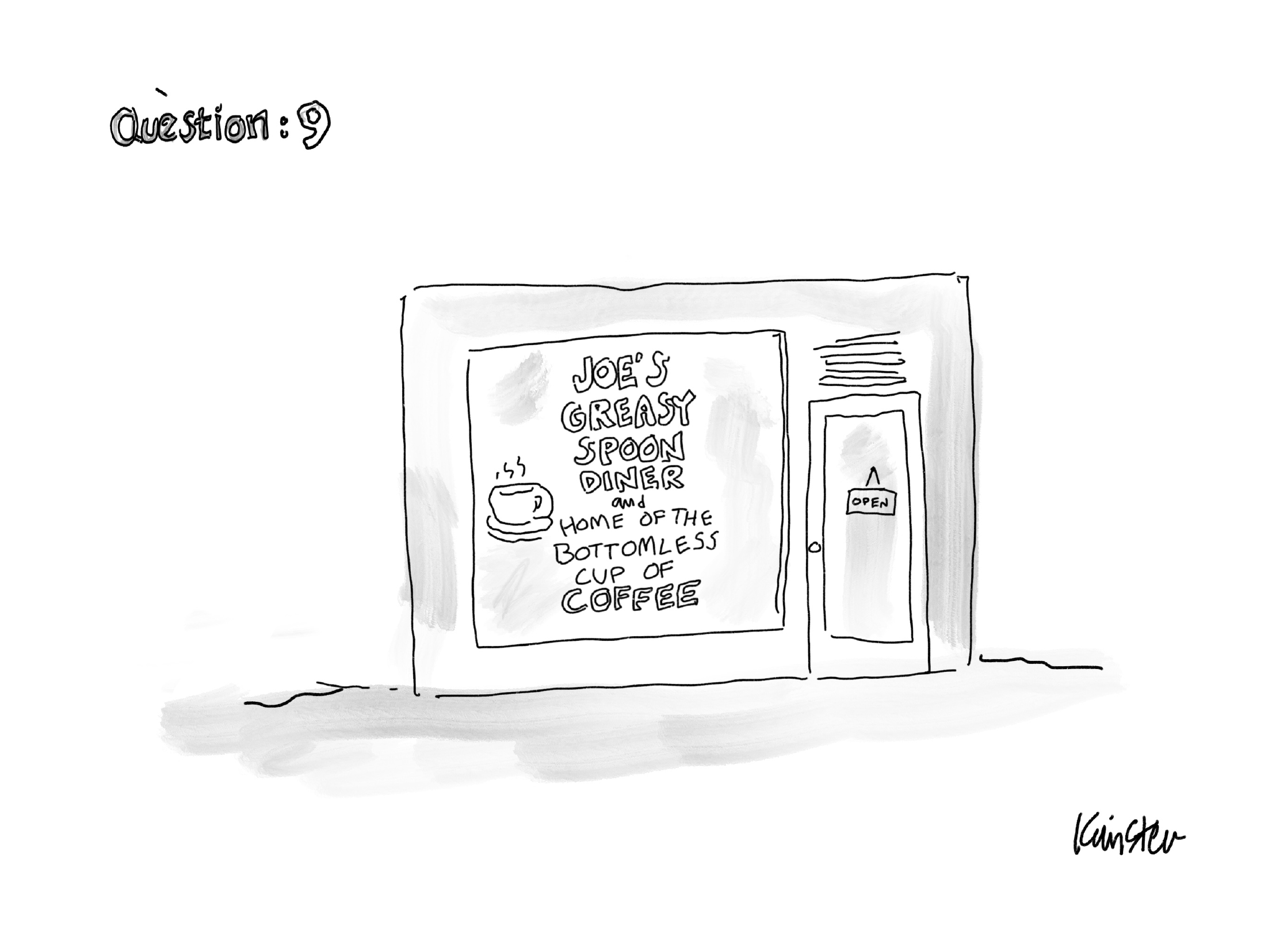