Beyond Burke: What You Should Know About the 14th ...

5 Issues That Matter Most to Y..

Beyond Burke: What You Should Know About the 14th Ward 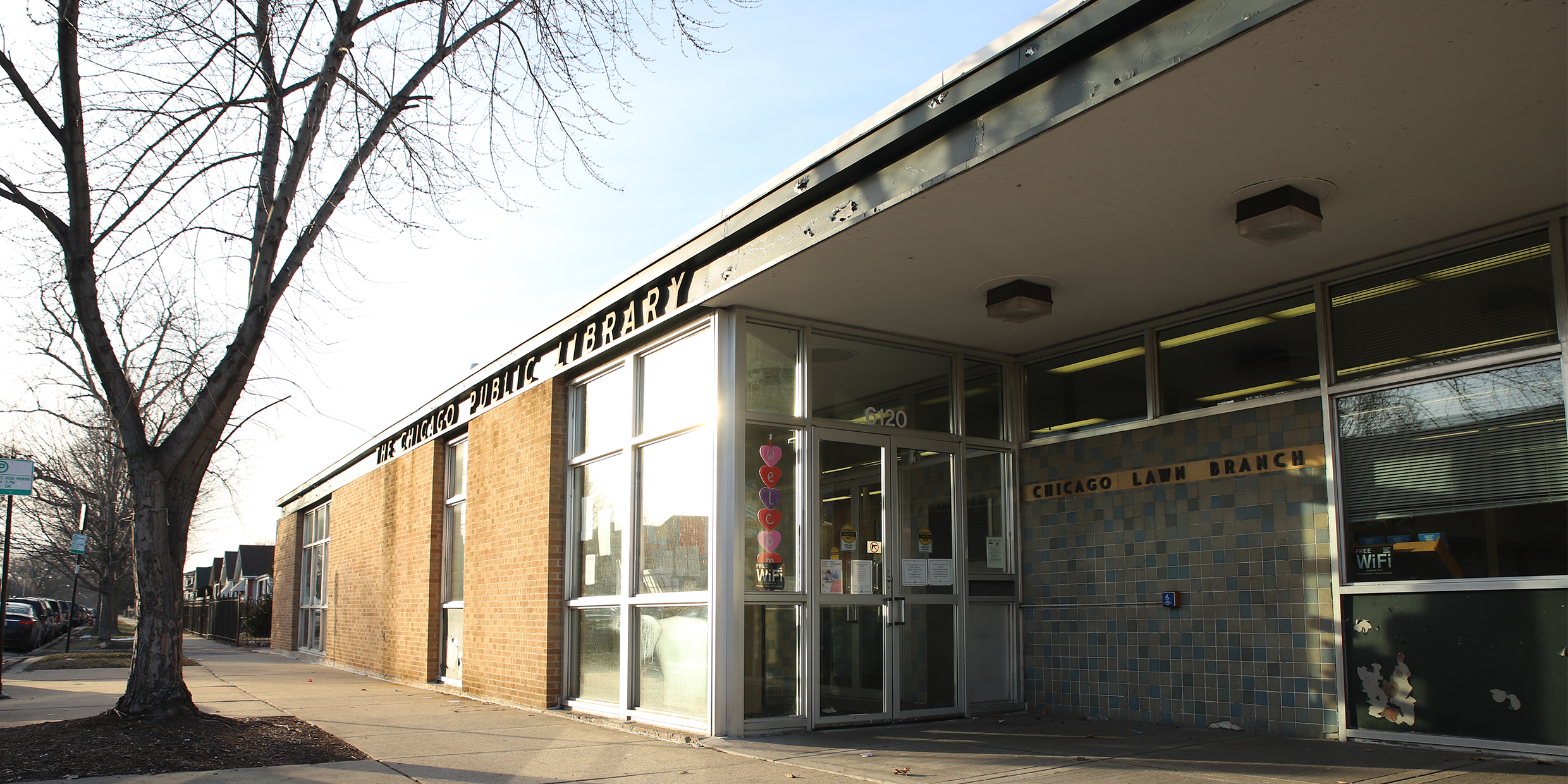 On February 9, in preparation for the upcoming aldermanic election, South Side Weekly held its first community forum for residents of the 14th Ward. South Side Weekly Editor-in-Chief Adam Przybyl and Contributing Editor Jocelyn Vega led discussions on the political climate in the 14th Ward, and how reporters can improve coverage of  people and politics within South Side communities.

The 14th Ward is located in southwest Chicago just south of I-55. It intersects six community areas and primarily runs through Archer Heights, Gage Park, Garfield Ridge and Brighton Park. Demographically, roughly 80 percent of the ward’s 54,031 residents are Latinx, 17 percent are white and fewer than three percent are Black or Asian.

Edward Burke has been alderman of the 14th Ward since 1969 and is the longest serving alderman in Chicago history. He has served 12 consecutive terms and is currently running for his thirteenth term. He has faced little opposition in most of his campaigns, and he ran unopposed in every election between 1971 and 2007.

Vega’s family lives in Gage Park, and she said Burke’s presence in the 14th Ward has almost become an afterthought over the years. He has been an uncontested presence for so long that some residents feel his office does not take an active role in the community.

“I know he has been here for a really long time,” she said. “So he is very much a part of the background in a lot of ways.”

Much of Burke’s work, both in his private firm and his work for the city, takes place outside his ward. He served as Chair of Chicago’s Council’s Committee on Finance, one of the most powerful positions in the city, from 1983 to January 2019. Vega said that Burke’s office has done too little to engage with its residents civically and that much of the community’s civic engagement takes place outside the ward office.

“There are other ways that the community is very much involved politically not directly with that office or because of that office and I feel like that gets ignored a lot,” she said. “Like how people in the church organize dances, how people organize dance groups for their youth, how people look and take care for one another.”

In terms of elections, Przybyl said Burke has a monetary and organizational stronghold.

“Burke has $12 million in his campaign funds, and that’s gonna be worth something,” said Przybyl. “He just has a very entrenched organization here.”

Much of his fund has been growing for decades, as Burke usually does not have to spend much on campaigning. His largest monetary base is Friends of Ed Burke, which currently has $2 million in available funds and $7.6 million in investments.

This election Burke is in the spotlight, facing criminal charges of extortion and legitimate opposition in his aldermanic race. Burke’s extortion charges center around FBI wiretapped recordings of Burke’s phone. Burke claims he is not guilty of any attempted extortion.

“The story is that he wanted a Burger King in this ward to switch over their tax work to his firm, that he owns on the side in addition to being alderman, and also wanted them to send $10,000 in donation money to Toni Preckwinkle,” said Przybyl. “And his demand was that if you don’t do this I won’t give you a permit to do some kind of renovation, something that they wanted to do.”

Burke has been accused of using his position in the finance committee to bring business to his law firm, which specializes in property tax appeals. One of his clients was Sterling Bay, the developer behind Lincoln Yards, before the firm dropped him amid his extortion charge. The FBI raided Burke’s law office in November, seizing a variety of files, computers and 23 firearms. He was later charged with extortion in early January.

Burke is running for reelection anyway, and Przybyl said that he has survived criminal accusations before. He has been implicated in accusations of ghost staffing in the Finance committee, and in 1997 his campaign payroll was probed by a federal grand jury.

“I think there’s obviously still a lot of Burke signs, Burke supporters who don’t care that this is happening,” said Przybyl. “[Burke] said this, that there have been similar investigations before that have not turned up anything.”

Two candidates are challenging Burke in the election: Jaime Guzman and Tanya Patino. Both have significant support. Guzman, who works for the Pilsen Law Center, has been endorsed by the Chicago Tribune and Chicago Sun-Times. Patino, a civil engineer, has been endorsed by Jesús “Chuy” García, the recently elected congressman from Illinois’ 4th Congressional District which intersects part of the 14th Ward.

Przybyl said García’s endorsement could be misleading when considering how it may affect voters.

“Some people bring up the fact that when Chuy was involved with Aaron Ortiz’s campaign last year for state rep, part of that district included parts of the 14th Ward, and that was one of the only place that Ortiz lost to Dan Burke,” said Przybyl. “And so the argument goes, well, actually Chuy’s influence might be big throughout the city, but maybe not here.”

“I think that most of the ward’s within that district but some of it isn’t, so I think there’s only so much you can draw from that [endorsement].” 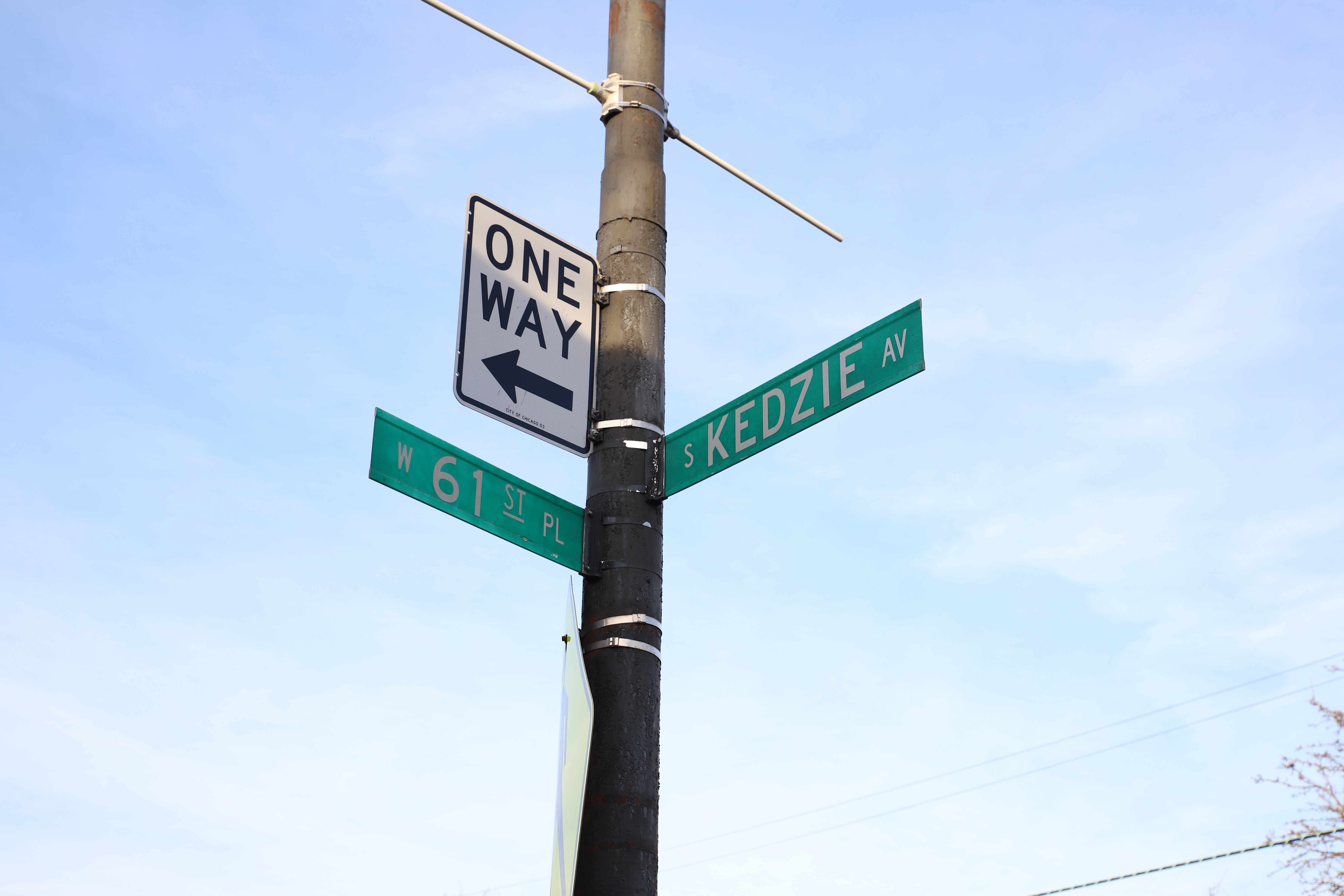 The wards have been reshaped multiple times since Alderman Ed Burke was first elected in 1969. As a result, the demographic of the 14th ward has shifted, making it no longer a majorly white ward. Burke has made attempts to connect with the demographic of his ward.

“He claims that everyone in his office is bilingual in English and Spanish,”said Przybyl. “He himself seems to have learned Spanish.”

An attempt to appeal to his ward can be seen in some promotional campaign materials.

“He had a video that I think was both in English and in Spanish, so he seems to be doing things to try to appeal to that demographic. But I don’t know to what extent people feel like they’re represented by him. I think that the election will be one way to find out.”

South Side Weekly centers itself around the community. It is a nonprofit, volunteer-run newspaper whose goals are “to produce original local reporting about the South Side that wouldn’t otherwise exist, and to include as many voices as possible in the process.”

The staff encourages community members of all ages to contribute.

“We had a 6th grader from Gage Park write a piece,” said Vega. “There’s someone I’m working with right now who’s 15.”

“It’s goal is [to be] a reflective medium to talk about the South Side,” said Vega. “My goal is to have people be able to participate, have information and feel like they’re actually a part of this [election] process instead of it just being a date.”

With discussion and reflection in mind, this forum was the first of its kind put together by South Side Weekly.

“We’ve done open houses and those various kinds of events before, but I’d say it’s the first forum of this kind that we’ve done with the purpose of finding out what people in this specific ward think about the race,” said Przybyl.

The newspaper is working toward more complete coverage that voices the opinions of citizens of these specific communities. The forum was an attempt not only to reach out and provide an outlet for those who want to express concern or start conversations but to gather major issues from community members that could affect the way they vote in this upcoming election. The staff was also prepared to answer any questions about the role of an alderman and their main responsibilities.

Przybyl said that the newspaper does not plan to hold similar events on any other wards on the South Side.

“A lot of other wards have a lot of aldermanic forums, and when we organized this one at first there wasn’t any scheduled for this ward,” said Przybyl. “There’s since been one forum, so there’s that, so we kind of saw a lack of that kind of thing so we wanted to be the ones to start it.”

Chicago’s aldermanic election is on Tuesday, February 26, where we’ll see how Ed Burke holds up against his competition in the midst of a federal investigation. Find your polling location here.