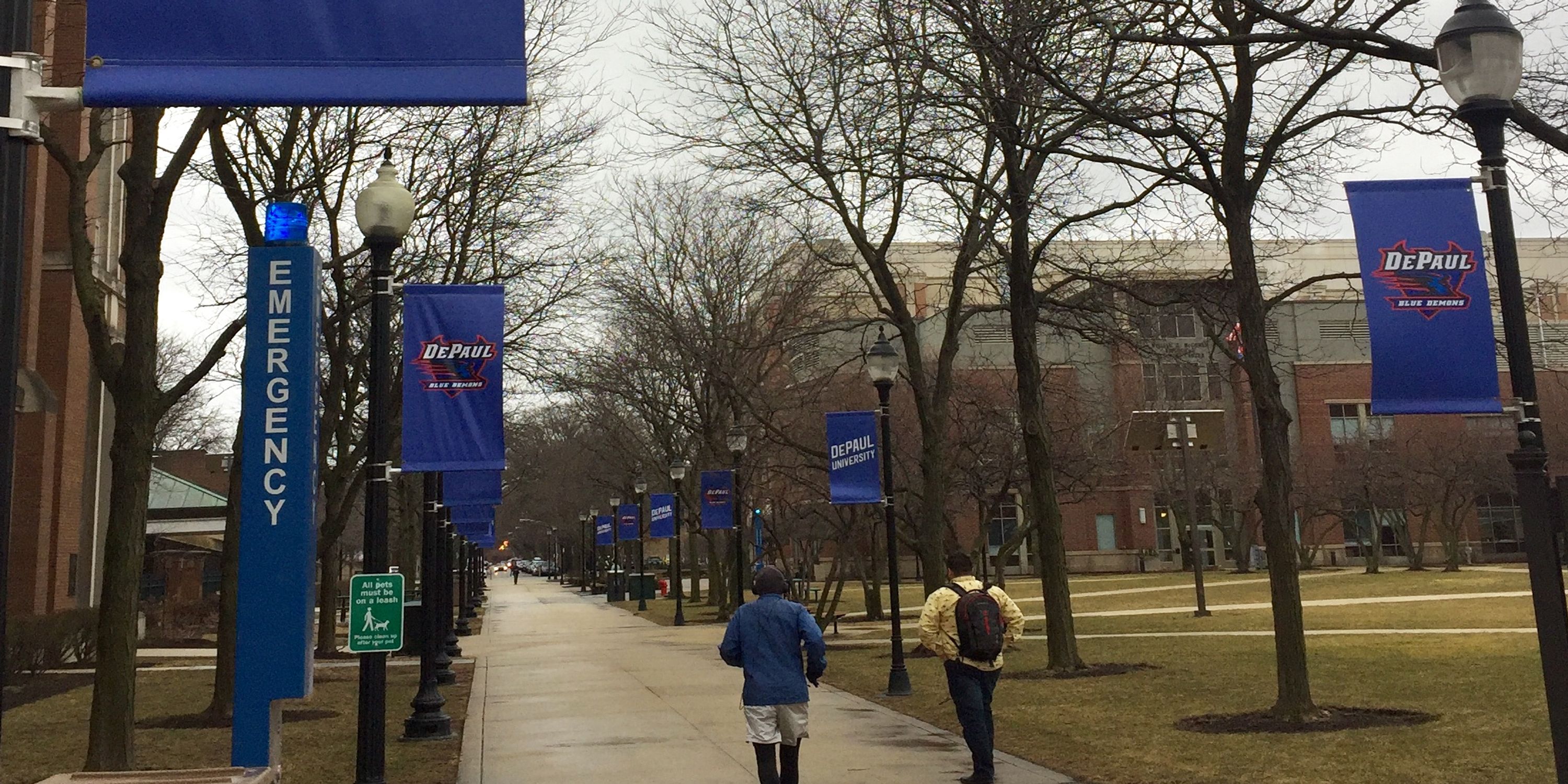 William “Rick” Singer — the California businessman who ran the nonprofit foundation and for-profit college prep center that used bribery and fraud to get children of rich and famous into elite schools  — also made multiple donations to DePaul University. According to 990 forms filed by the nonprofit, the contributions were three installments of $50,000 in 2014, 2015 and 2016. Singer’s son graduated from the university in 2017, thus situating the donations within his son’s collegiate career at DePaul.

This turmoil at DePaul connects to a larger scandal hitting universities, parents and students across the nation. William Rick Singer pleaded guilty on Tuesday afternoon for leading a nationwide college bribery scheme, which was dubbed Operation Varsity Blues by the FBI. Singer used money from the rich and famous to bribe college coaches, exam proctors and brilliant exam takers to secure the admission of students into highly regarded educational institutions. 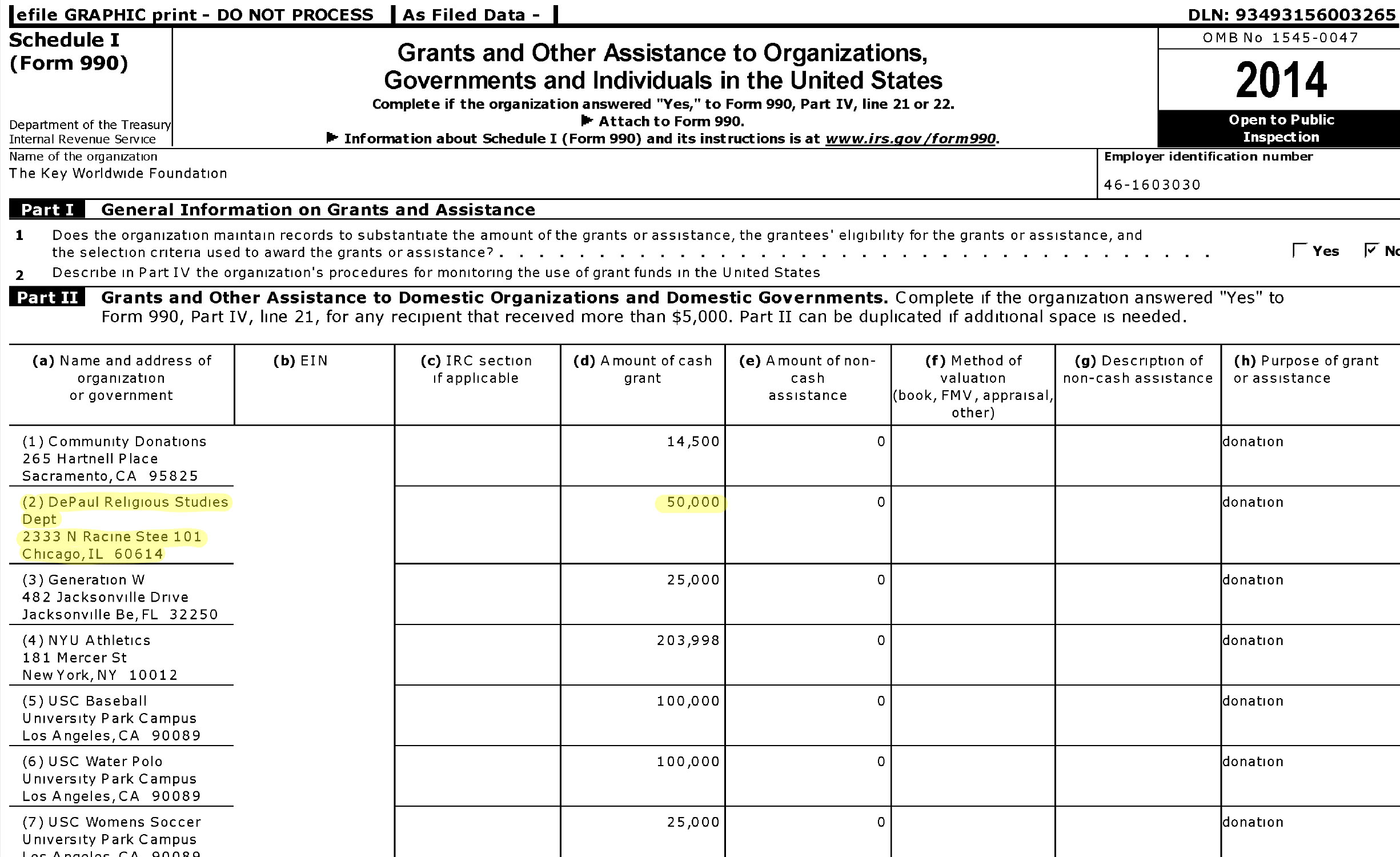 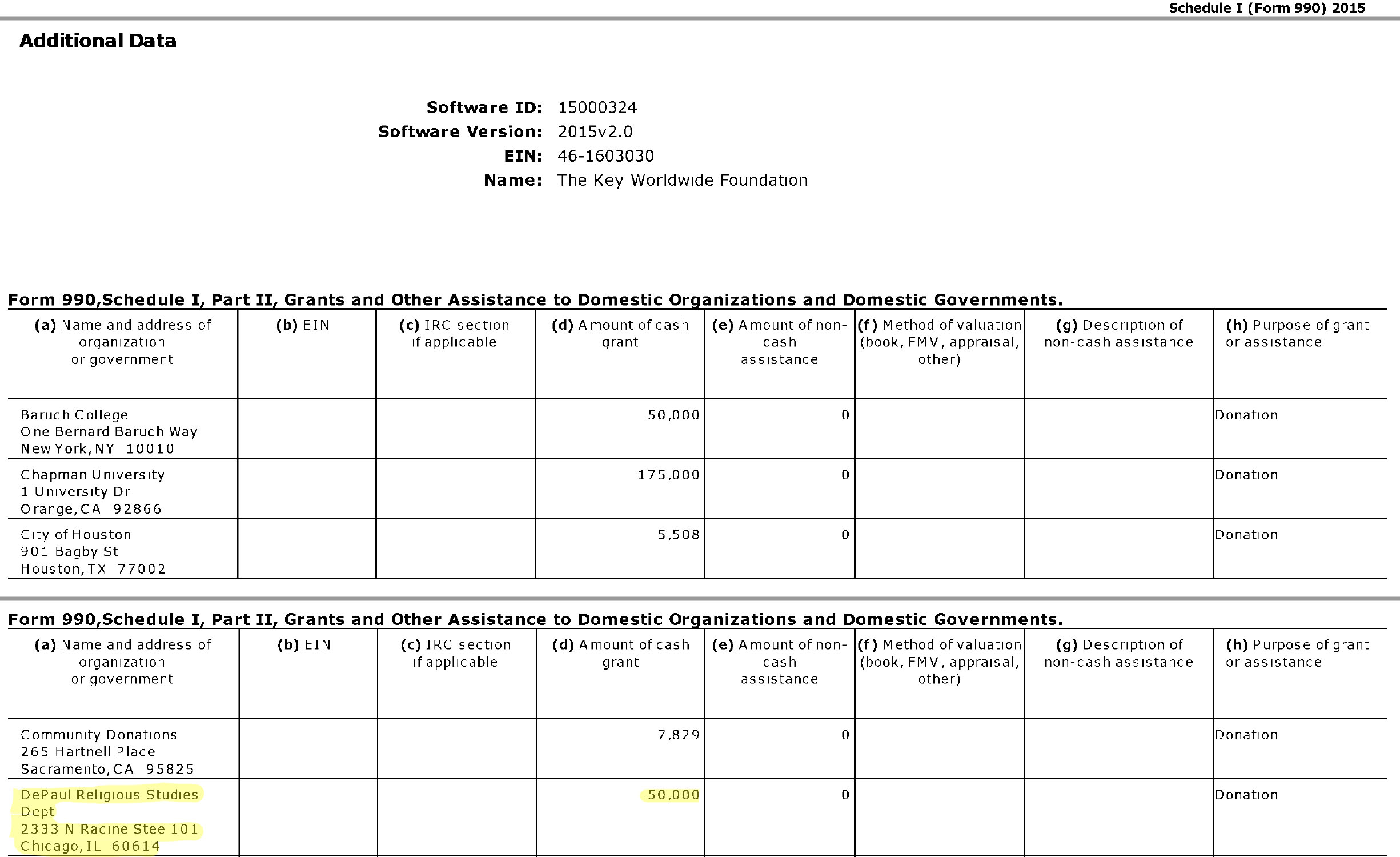 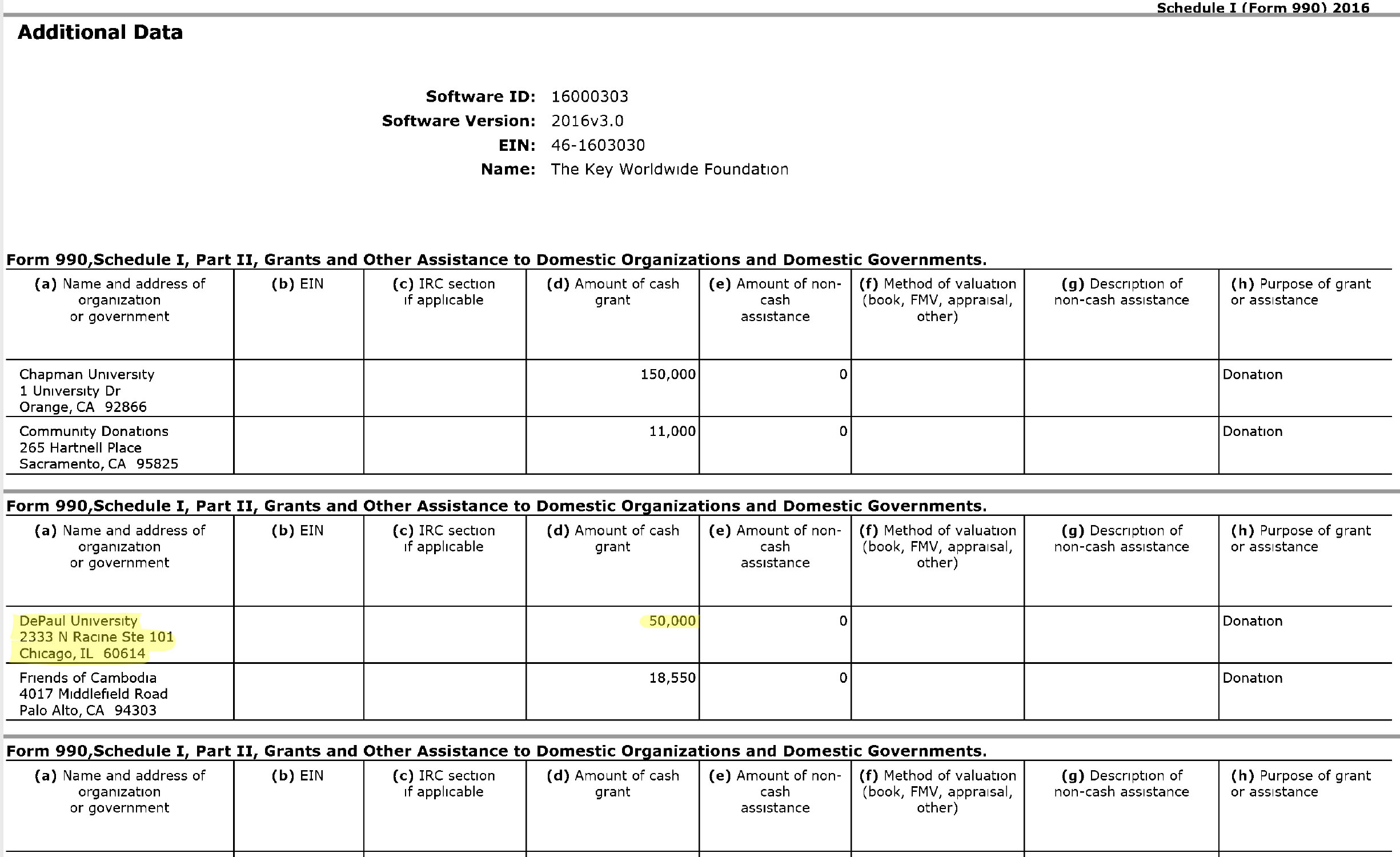 The US Department of Justice charged 50 other wealthy people — including actresses Felicity Huffman of Desperate Housewives and Lori Loughlin of Full House — for participating in the bribery scheme through the for-profit college prep company. The payments, which reached as high as $6.5 million, allegedly granted entry to prestigious universities across the nation, like Yale, Georgetown and Stanford.

Singer, who owns the for-profit college prep company Edge College & Career Network — commonly known as “The Key” — funneled money from parents to college officials through his nonprofit, the Key Worldwide Foundation. Some of these parents wrote these donations off as tax deductions.

While the donation made by Singer to the university through Key Worldwide Foundation is cause for speculation, DePaul was not implicated in the larger investigation. DePaul is also not the only learning institution in murky waters — Chapman University, University of Miami, New York University Athletics and Loyola High School have also received donations from the nonprofit.

But the investigation calls into question DePaul’s own donation policy and vetting process. After conducting our own research, 14 East found that while it’s easy to make a donation to DePaul, the school’s policy for handling donations is vague and is not readily available to the public.

14 East reached out to verify the information. In response to 14 East’s inquiry of the three Key Worldwide Foundation donations, Carol Hughes, executive director of the Office of Public Relations and Communications, gave the following statement:

“DePaul is among the many universities that received gifts from the foundation at the center of the admissions fraud case. We have confirmed receiving gifts totaling $150,000 from Key Worldwide Foundation, managed by William Singer, founder of the Edge College & Career Network and the father of a DePaul student who graduated in 2017.

DePaul solicits a number of constituencies for gifts, including parents. Not unlike many parents, Mr. Singer made several contributions to DePaul. These gifts were made by the Key Worldwide Foundation in 2014, 2015 and 2016 while his son was a student. All were in support of helping students study abroad.

To date, our review has not revealed any reason to believe these donations are connected to recent indictments.”

In its weekly Thursday email, DePaul also publicly announced the official statement to all students, faculty and university staff through DePaul Newsline, the official communication channel for the university. The news was opaquely titled “Admissions Scandal in Higher Education” and featured underneath an image of the Women’s Basketball Team’s recent Big East Tournament win. Students, to much ire, automatically receive these emails to their respective addresses listed in Campus Connect, but how many open and view the email is uncertain.

Singer grew up in the Chicagoland area, according to the Chicago Sun-Times. He graduated from Trinity University in San Antonio, Texas, in 1986 and went on to have a career in college admissions consulting.

Key Worldwide Foundation donated $50,000 to the Religious Studies department in 2014 and 2015; it then donated $50,000 to DePaul in 2016 without designating the allotment to a specific department. Singer’s son graduated from DePaul in 2017. While his name has not been made public, only two students with the last name “Singer” are listed in the June 2017 commencement program. One of those students graduated with a degree in religious studies. It is not clear whether this student is related to William Singer in any way.

Donations are linked to a 2017 study abroad fund named the “The Singer Research Fund 2017.” The fund went towards the “Reforming Religions: Jews, Christians and Evolving Modernity” program, which provided full travel funding to study abroad in Germany. To date no other donations from Singer or his foundation have been traced to DePaul.

While large donations such as those from Key Worldwide might be handled through a separate process, one can easily make smaller donations online through the Alumni & Friends website. A potential donor simply enters the amount they wish to donate and to which specific colleges or programs they would like to see it used at. Donors then include billing information such as address and contact information — exactly as one would when ordering online products — and then specify what their relationship is to the university. At this point the form asks to specify the donors relationship to the school (including whether one is a parent or using a corporate credit card).

Legacy candidates — those with immediate family members that have previously attended the university — have a 45 percent greater chance of admission and are disproportionately white and wealthy, perpetuating privilege for those who can already afford it. It is largely thought that alumni with kids at their alma mater are more inclined to donate, thus boosting fundraising. But according to Chad Coffman in his book, “Affirmative Action for the Rich,” when seven colleges stopped accounting for legacy status between 1998 and 2008, there was no measurable change to alumni giving.

Parental donations are not uncommon across universities nationwide, as most have donation pages similar to DePaul’s that ask donor’s affiliation. How that gift is then handled — and how it could then impact a child’s collegiate experience — is uncertain.

DePaul’s policy regarding donations is actually more restricted than the donation process itself. To view the University Policy & Procedures Manual, one must enter a DePaul ID, identification restricted to students, staff and faculty. Under the subsection Gift Acceptance and Processing, the policy states, “As needed, the Gift Acceptance Committee will conduct a review of the proposed contribution to determine whether the University can accept the gift. The internal review ensures the performance of proper due diligence and analysis related to asset valuation, potential liabilities arising from gift acceptance, adherence to applicable legal, regulatory, and tax statutes, and acceptable and practicable donor conditions.” The policy is unclear of the difference in acceptance and processing of monetary and non-monetary gifts, as all private donations are referred to as simply “gifts.” 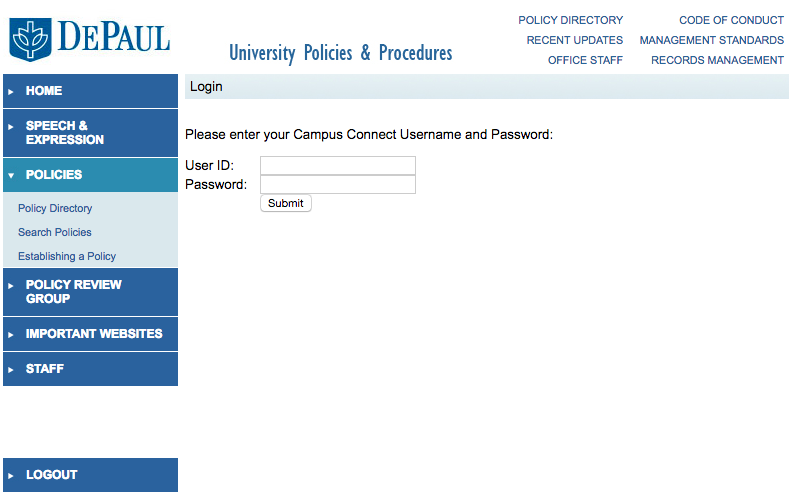 So does DePaul keep the money, even if attached to larger wrongdoing? In 2001, when the University of Oregon learned that financier Jeff Grayson made large donations with money that was not his, the university returned the $850,000 donation. Charitable gifts that fall under scrutiny like Singer’s can be returned, but it isn’t as simple as writing a check. If the donor received the full tax benefit of a charitable donation the institution must issue an IRS Form 1099. Therefore, the donor must report this as additional income and pay taxes on the refunded monetary contribution. So ultimately, Singer would pocket the $150,000 initially donated, only paying taxes on the newly collected income.

Chapman University in California, which received $325,000 in cash grants from the nonprofit, said they are “cooperating with the Department of Justice in its investigation,” according to Buzzfeed News. Based off this information, 14 East then asked these follow-up questions to DePaul administration: if the university was contacted by the Department of Justice;  if so, if they university was cooperating; was the university conducting its own investigation?

“I only have the information in the statement to share…and will draw your attention to the last line,” said Hughes in an email response.

14 East made a request to the Department of Justice for comment on DePaul University’s involvement in the investigation but did not receive a response by the time of publication.