Beyoncé’s 'Homecoming' is a Mi..

Fighting the Power Through Arts at the South Side ... 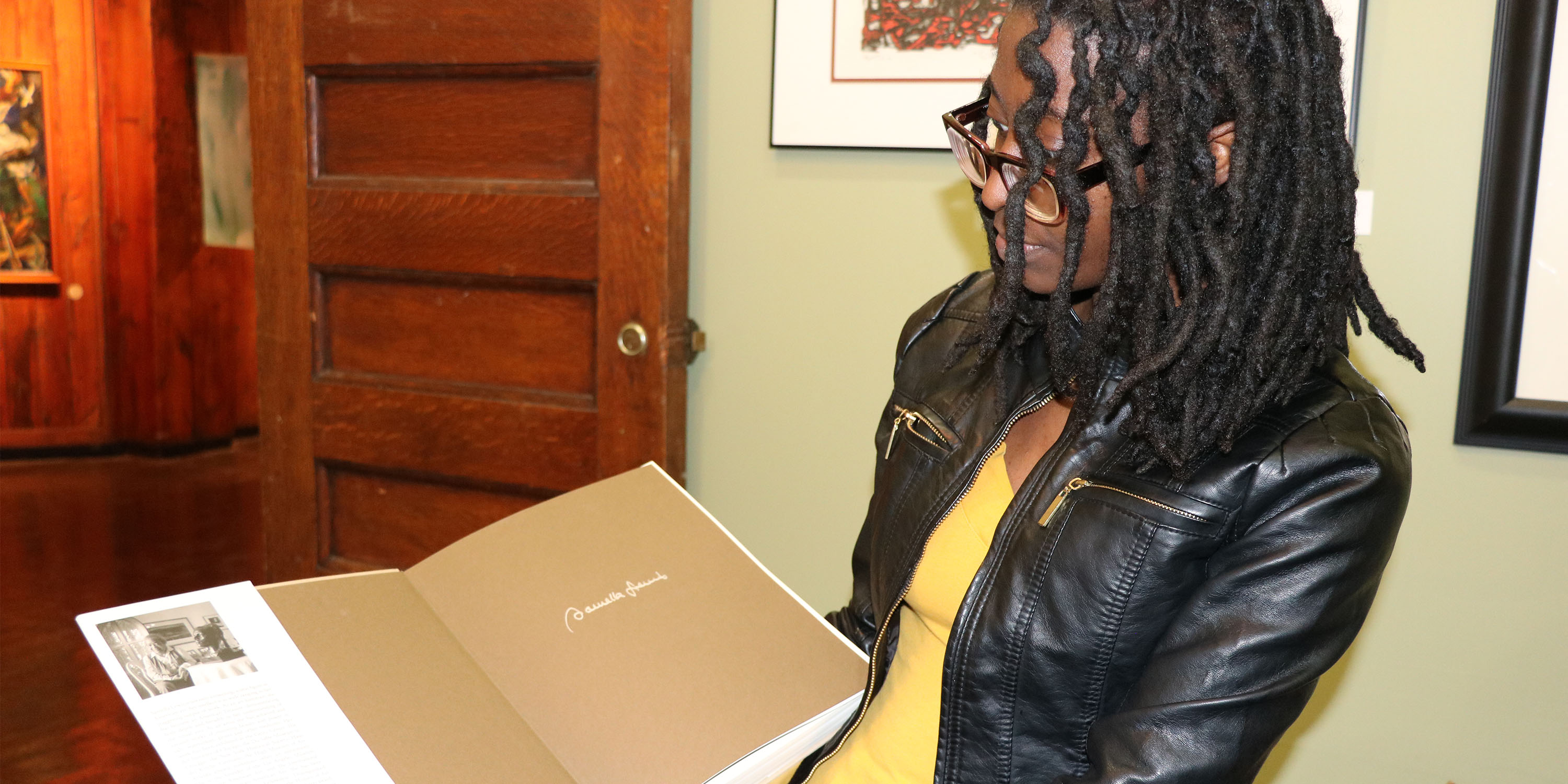 On South Michigan Avenue an untraditional green totem with a remarkable face and piercing eyes unveils the gem behind it, the South Side Community Art Center.

Whether you’re a south side resident or a tourist visiting Chicago, this art center will fulfill any visitor as it displays various arts surrounding the African-American Culture.

The South Side Community Art Center (SSCAC) started in May 1941 by Dr. Margaret Burroughs and other African American Artists who had a desire to create a home for their art. During a segregated time in America, African-Americans had little to no options to discover or grow in arts. However, Dr. Margaret Burroughs developed a team of talented African-Americans who shared the same passions with education and arts, and thus South Side Community Art Center was born.

Now the art center remains as the oldest independently owned African-American art center and collectables institution in the nation. The gem on the south side is 78 years old and there’s plenty of motivated artists to keep the purpose alive. The age range of current artists is  16 years old and above. Some may think that’s really young, but the founders of the center were around the same age range when they discovered that art for the African-American community was needed.

Natalie Battles, Office Manager at the SSCAC, interfaces with artists who are interested in displaying their work at the center along with teaching classes and planning events. As the face of the center, Battles works by their mission statement hoping to “conserve, preserve and promote the legacy and future of African American art and artists.”

While placed on the National Register of Historic Places by the United States Department of the Interior, the SSCAC continues too express different types of art including paintings, photography and even theatre. To some it’s still unknown that movements like Africobra, which represented African-Americans, began in this very place, on the third floor to be exact. 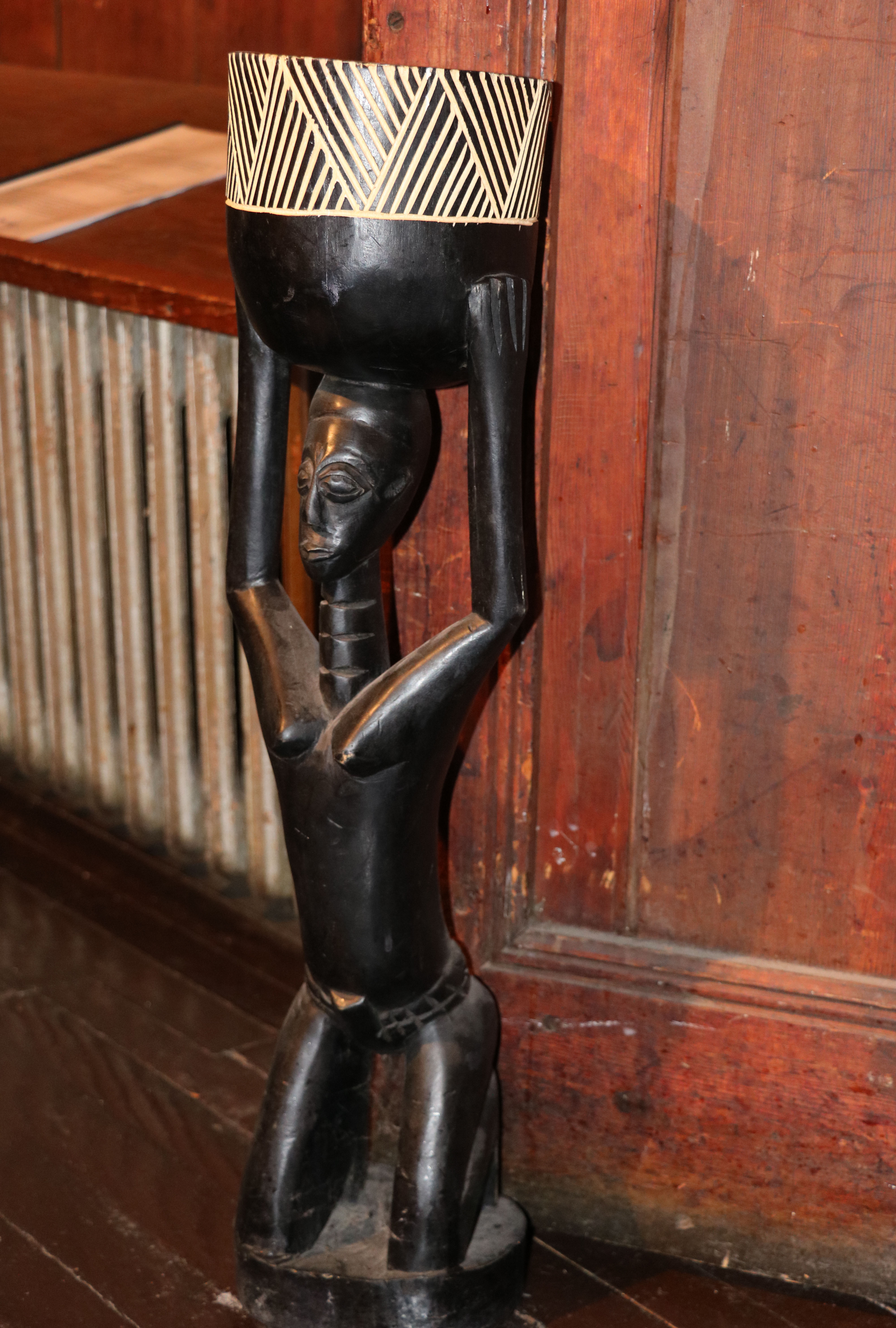 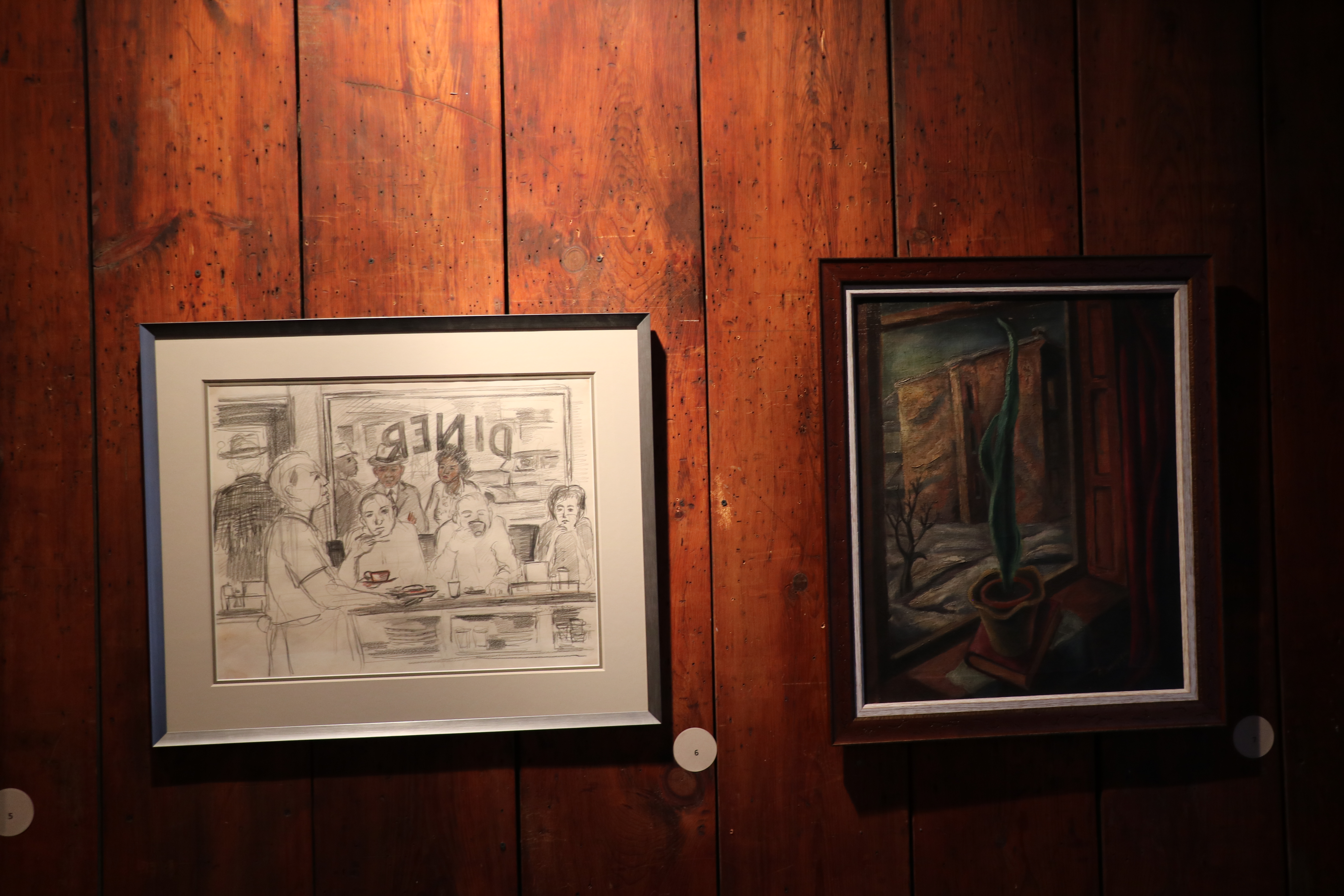 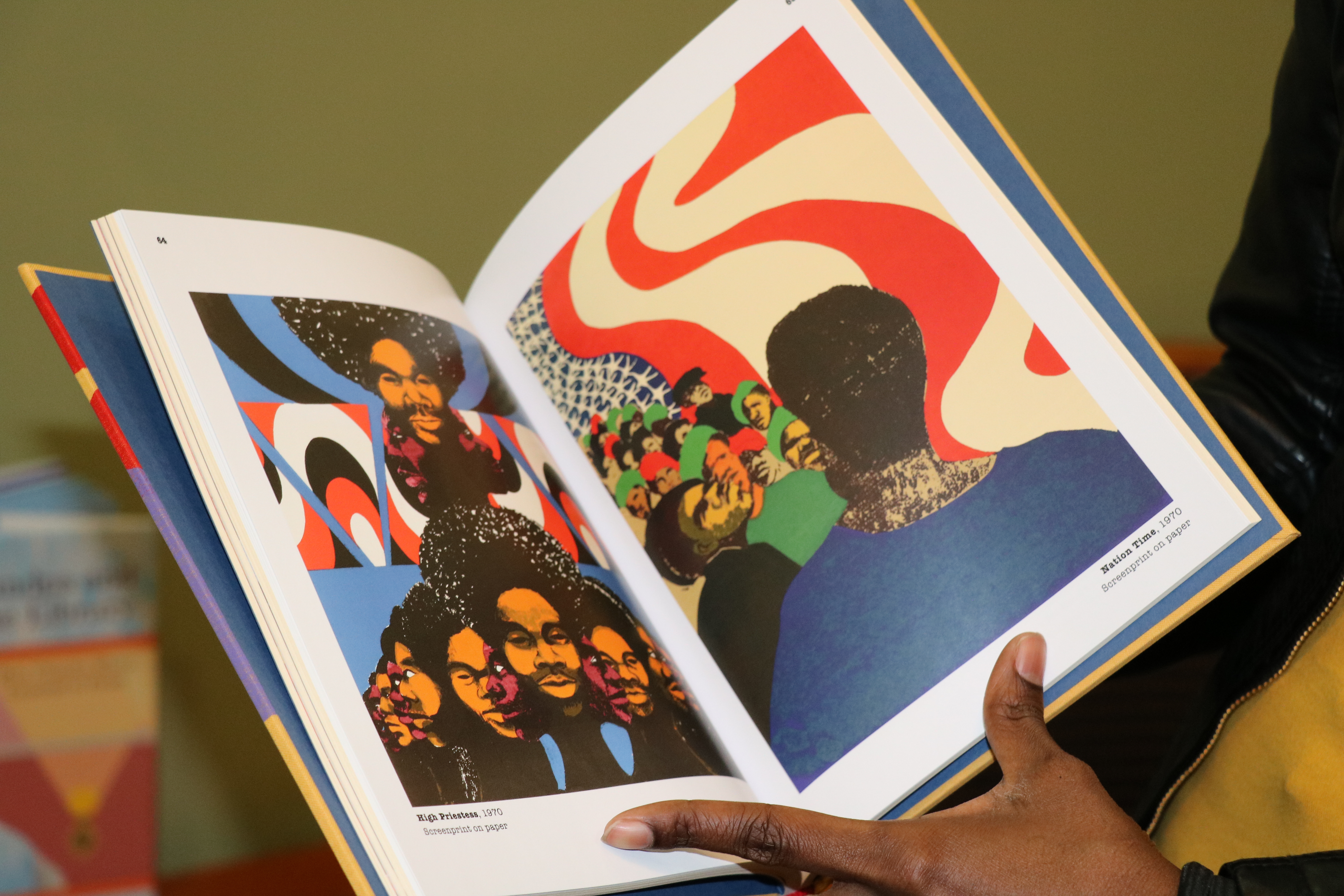 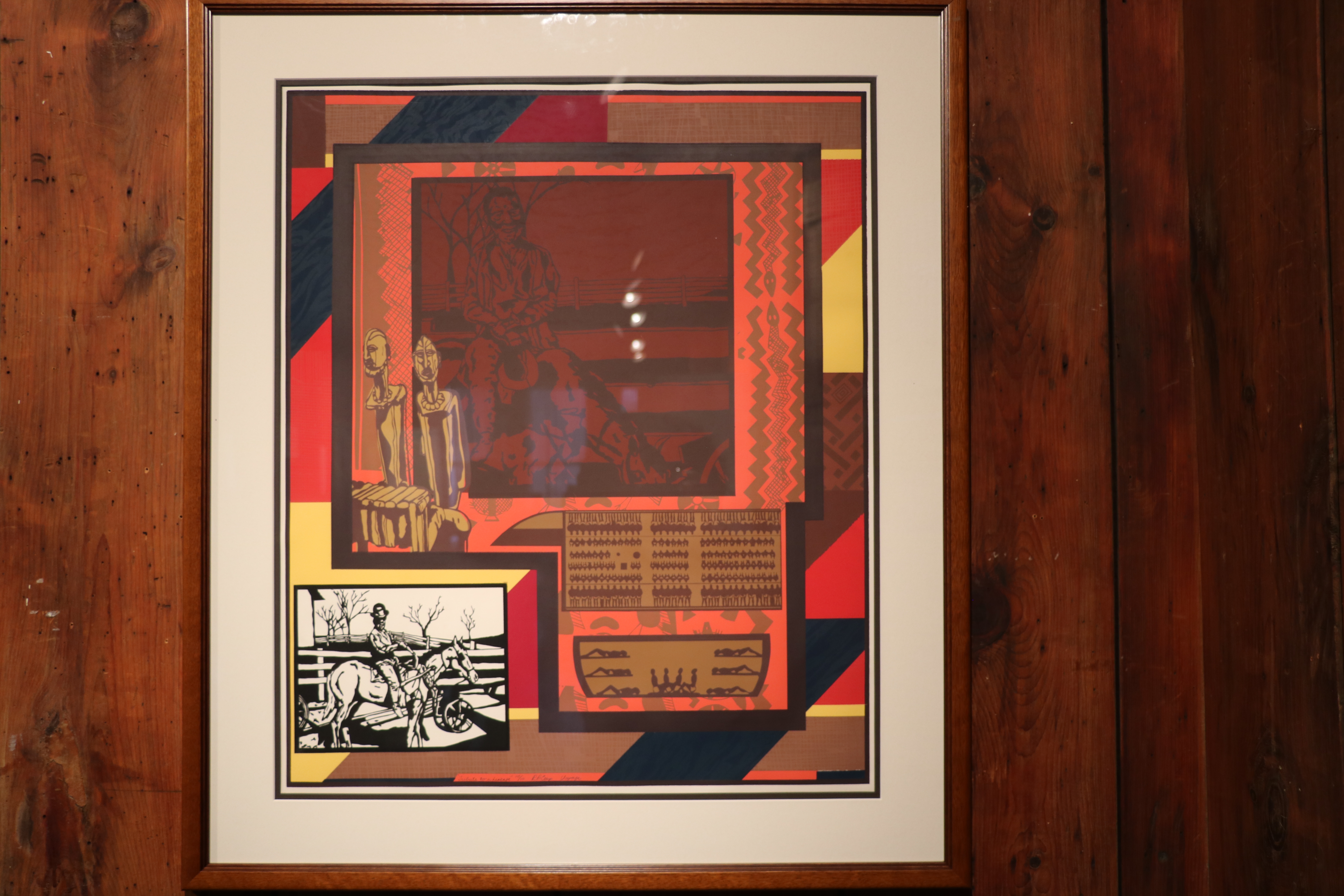 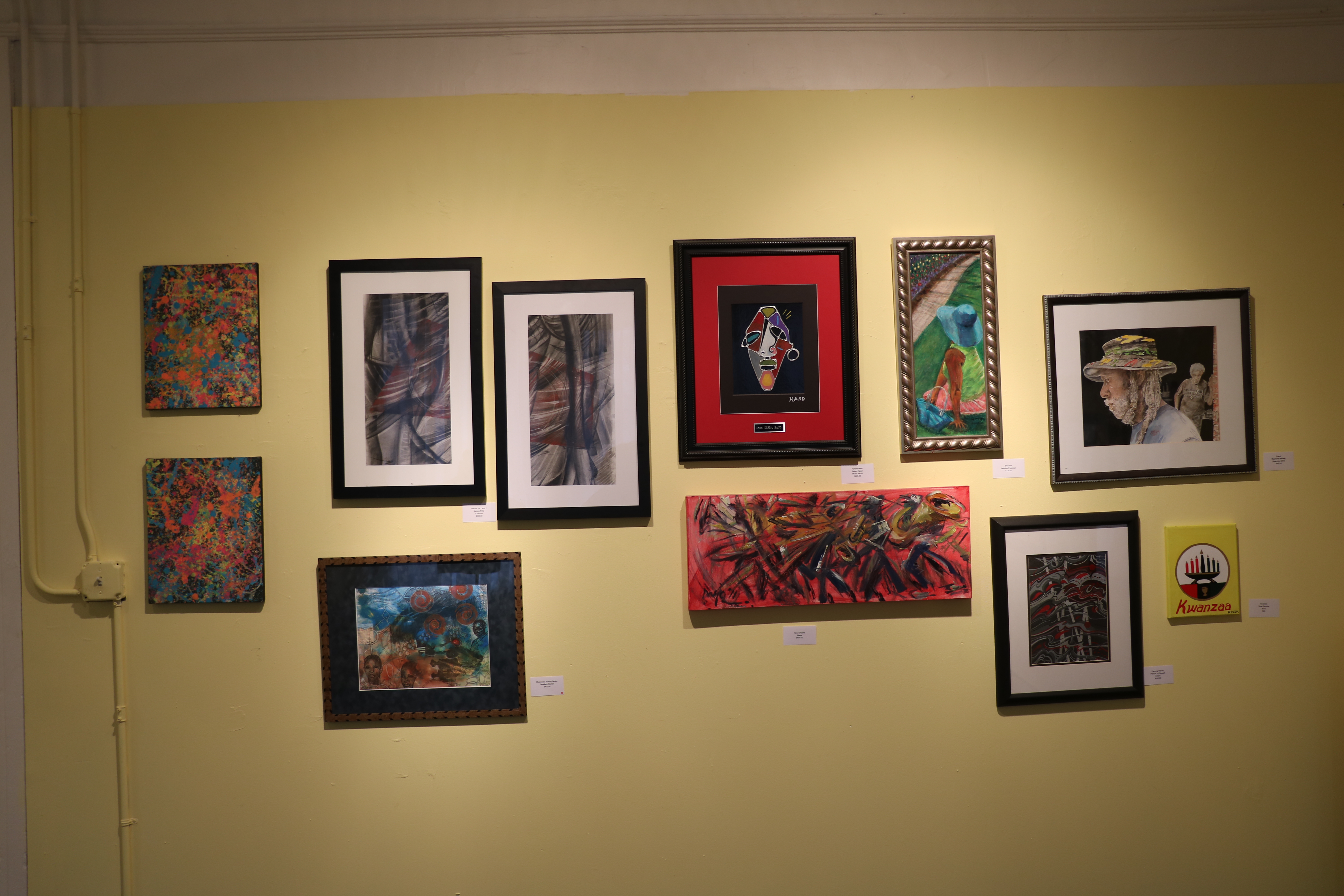 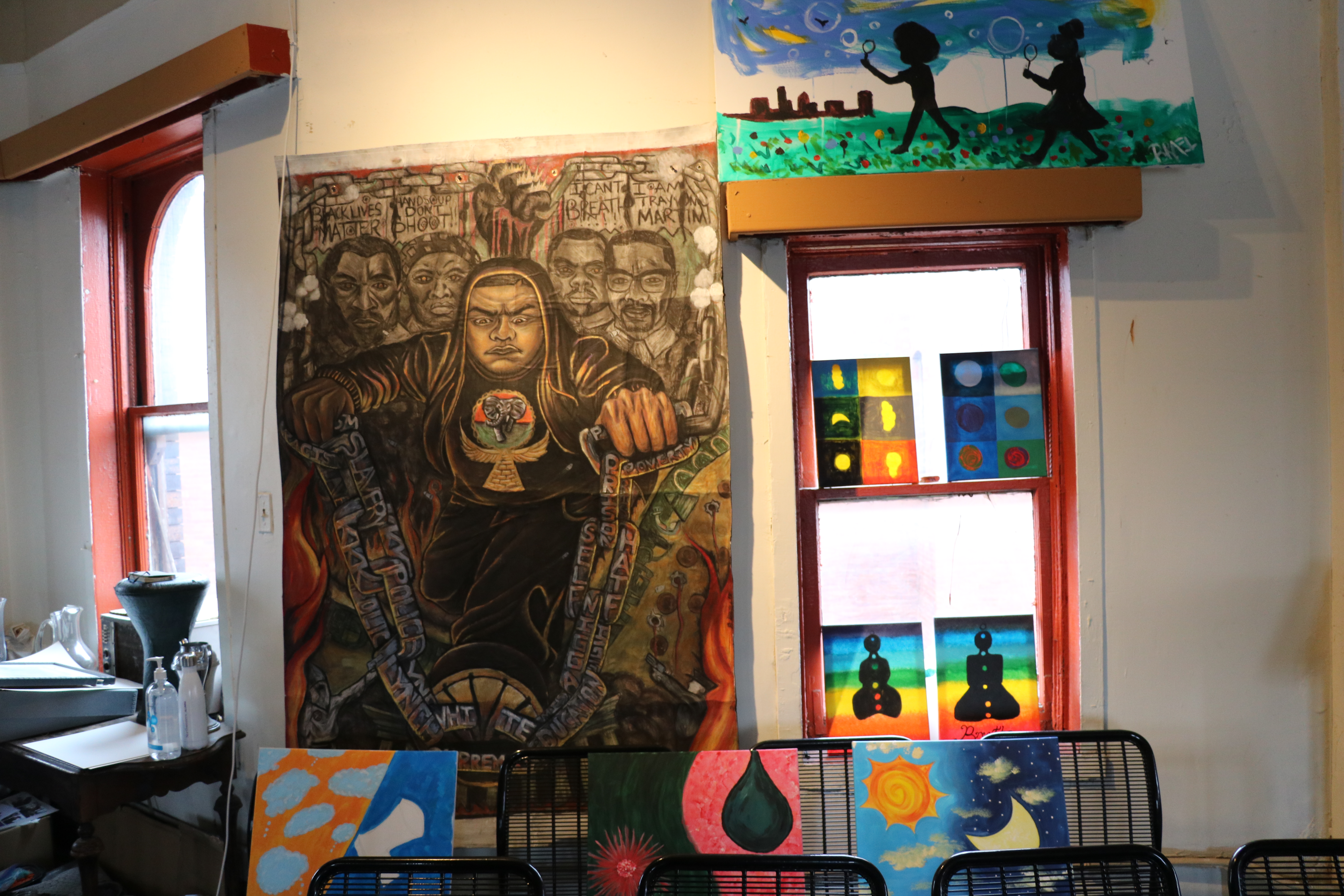 The Africobra movement began in the South Side Community Art Center representing the African-American culture through the lens of an African-American. The paintings are filled with bright colors, afros and pro-Black images.

You could say that this was a different taste for the African-American communities. Of course there were artists prior to this movement but Africobra gave light as the community had been in a dark room. Beginning in 1968 the Africobra movement had been founded by five African-American artists Wadsworth Jarrell, Gerald Williams, Jae Jarrell, Barbara Jones-Hogu and Jeff Donaldson.

The young African-Americans wanted to produce art that was seen as “Black Art.” According to Kavi Gupta, “The group had its genesis in the dissolution of a prior collective called the Organization of Black American Culture (OBAC), which was itself formed as a tool for using art to address social and cultural challenges affecting the African American community.”

The OBAC had collaborated with nine other African-American artists and created the Wall of Respect which is a mural on the side of a business in the Bronzeville neighborhood of Chicago. This painting represented figures in the African-American culture that inspired not only African-Americans but the entire world by their work, faith and desire to change the world they’d lived in.

As the paint brushes stroked, the Kool-Aid colors were vibrant across each painting telling stories of the African-Americans joys and struggles. “A lot of the times when you go to different institutions like the Art Institute, or any art institution for the most part, you don’t see artwork with melanin skin. You don’t see artwork with afros and you don’t see the natural hair and the natural beauty or even artwork depicting our day to day lives. At the South Side Community Art Center, you get that,” said Battles.

Africobra wasn’t the only trademark that came out of the SSCAC, Dr. Margaret Burroughs made sure that all arts were expressed in the art center.

One of her most famous poems called “What Shall I Tell My Children Who Are Black (Reflections of an African American Mother)” focused on bringing up children in a discriminated America.

These struggles weren’t only dedicated to the youth who’ve experience situations described in the poem but it represented African-American mothers. To this day the SSCAC still focuses on the importance of uplifting women. In March, which is Women’s history month, they held an event called “Flowers in the Garden” focusing on the struggles and triumphs of African-American women.

The SSCAC wasn’t the only art institute that Burroughs brought to life, she opened a museum in her basement in 1961 called the DuSable Museum of African American History focusing on the artistic achievements of African-American and African culture.

Over the years Burroughs had award winning pieces and got inducted into the Chicago Women’s Hall of Fame in 1989.

Standing by Burroughs was Charles White and Elizabeth Cattlett who both produced paintings inspired by their culture.

Although their paintings highlighted their skill, Cattlett brought something different to the table. She also created created sculptures. Catlett focused on not only her culture, but emphasized feminism through her artwork. One of her most famous pieces Mother and Child depicted a woman holding an infant yet their bodies were one which represents the nature of a mother.

Catlett once said, “I have always wanted my art to service my people—to reflect us, to relate to us, to stimulate us, to make us aware of our potential.”

Next in line listening to the opening speech by First Lady Eleanor Roosevelt, was Gordon Parks. “Gordon Parks, which is the amazing photographer and also filmmaker and the director of Shaft, he had his very first dark room in the basement of the building here at the South Side Community Art Center,” said Battles.

Parks brought a key part of art to the SSCAC that many weren’t exposed too. He produced work out of the center, along with exposing others to the underlining work of being a photographer. Inspired as a child by the photos in newspapers exposing poverty up north, Parks revealed the truth of society in America and in other parts of the world as he focused on oppression and poverty.

Not only were these group of young African-Americans educated but they were diverse by gender as well. Gwendolyn Brooks was one of the women who produced her work at the SSCAC by writing poetry alongside of Burroughs.

Brooks was born in Kansas but her family moved to Chicago for better opportunity and she had grown up on the south side. As she produced poetry over the years Brooks completed a poetry book called A Street in Bronzeville.

Describing her work as “folksy narrative,” Brooks wrote poems relating to the African-American urban poor. This poetry book was Brooks’s first major acknowledgment and over the years she became a highly respected poet, becoming the first African-American author to win the Pulitzer Prize.

The South Side Community Art Center had been brought up by educated and talented African-Americans who paved their own pathways to produce their art around the world.

“If twenty-somethings and 18 year olds in 1940 could create an institution that’s still here and create artworks that are currently on display that you can see, it encourages you. An artist who came here for the first time was looking at all of the artwork, it made her want to be a better artist because it showed her that she could,” says Battles. 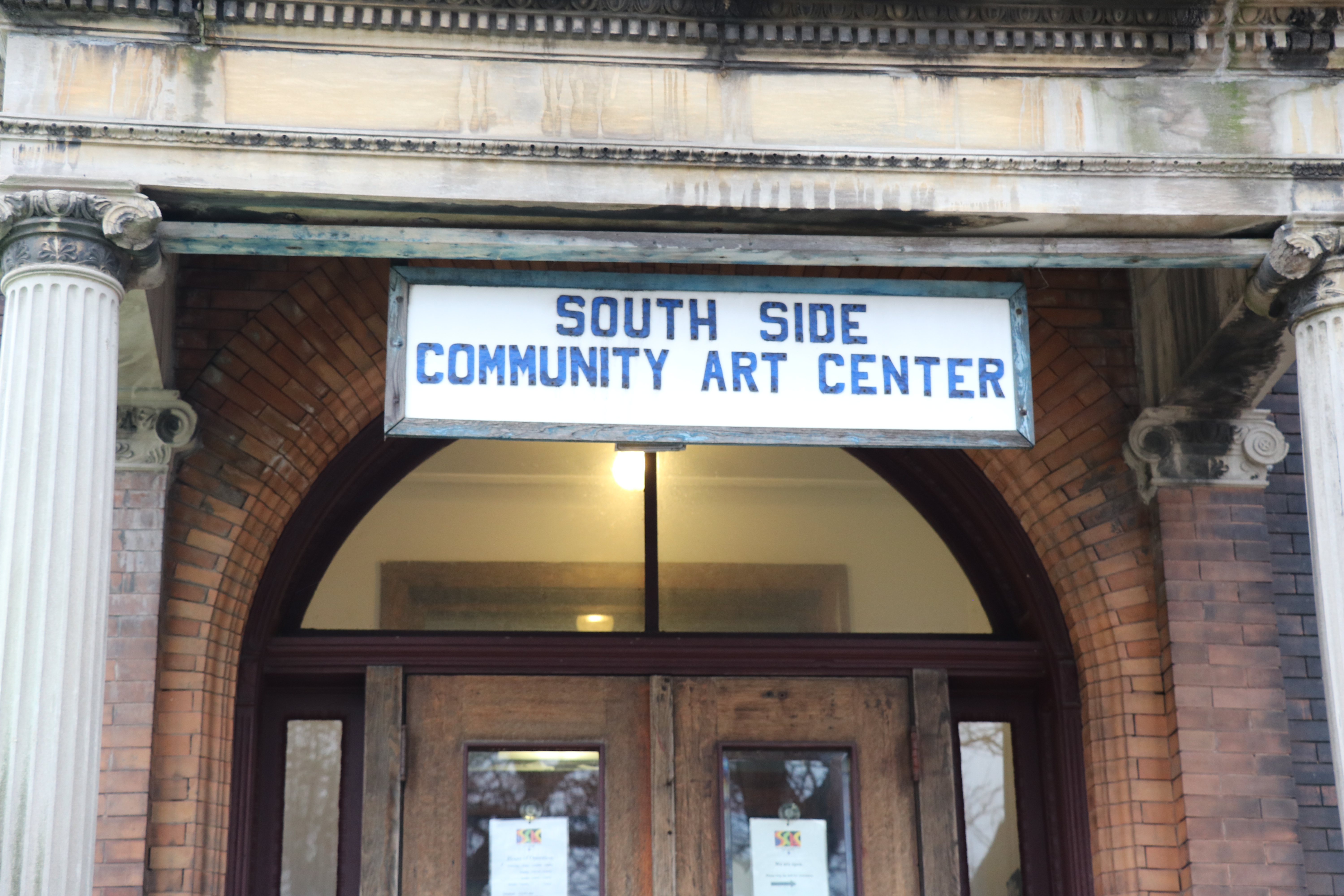 The SSCAC is a living testimony, showing the African-American community and the world, the power of dedication and hard work. Although Battles handles office duties such as going through paperwork and conducting tours, she herself works in arts and theatre and teaches classes to the youth.

Anyone who decides to walk in to the SSCAC will walk away understanding that they can accomplish anything they desire through any state of the society. Before passing away Brooks dedicated a poem to the SSCAC and it moves anyone who needs to understand the center a little better. As the poem ends with “…and thus we shall survive,” Battles and anyone who reads the material can feel that the SSCAC has survived and will continue to survive.

The messages sent to the south side from the art center is to embrace the African-American culture through arts that are creatively influenced by the past and present struggles.

As sport is such a great and powerful component, this art museum also sends a message to young African-Americans that there’s others way to be successful. Some may not want to be the next LeBron James or Serena Williams, but it should be known that if you’re an aspiring Gwendolyn Brooks or Dr. Margaret Burroughs, you’re more than good enough and appreciated.

Related Articles: A Walk Up Michigan