DePaul Marvel Fans React To ‘A.. 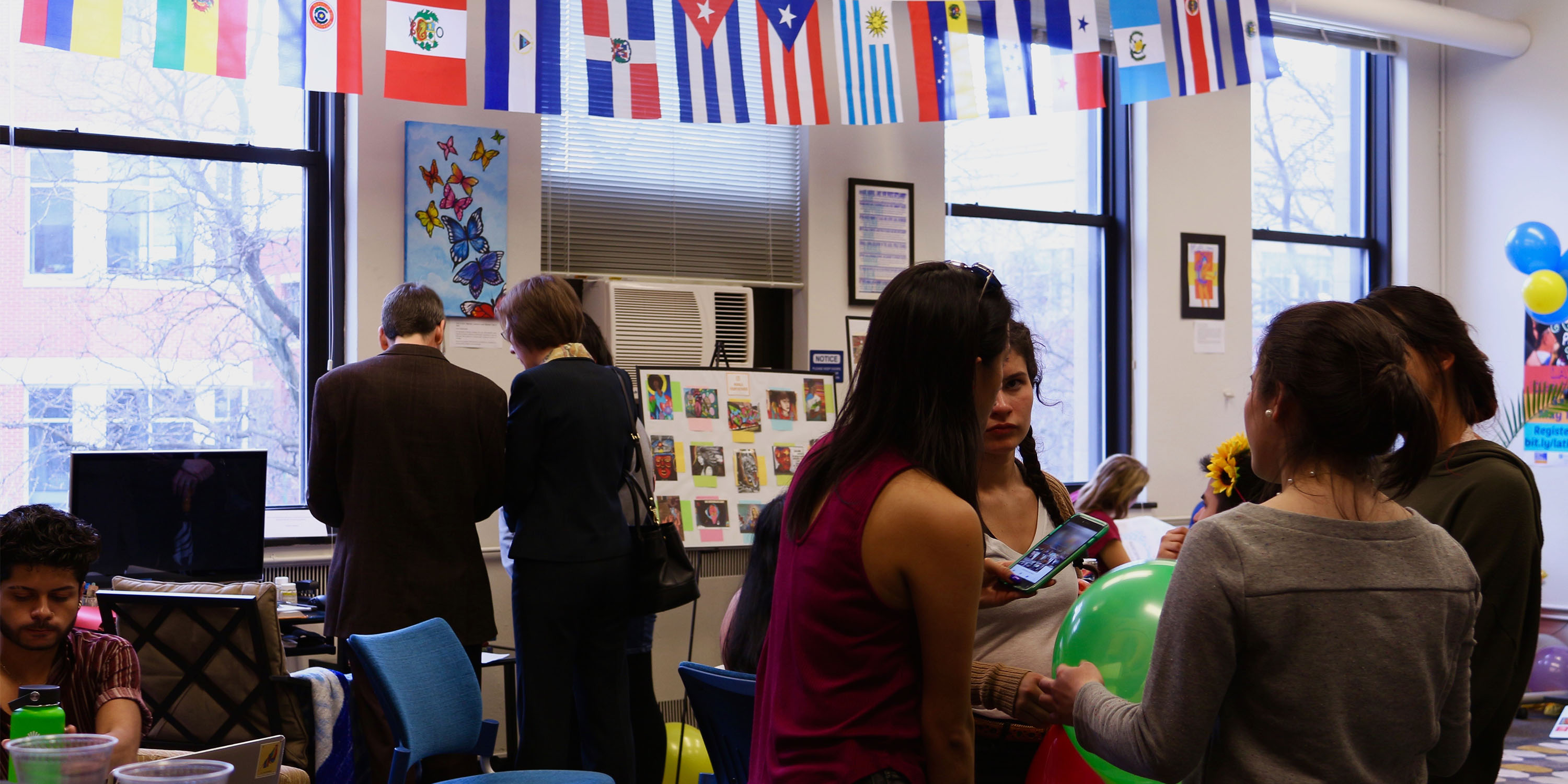 As soon as you enter through the doors of the Latinx Cultural Center, you are greeted with friendly smiles and loud Latin music that makes you want to dance. From April 22nd through April 25th DePaul hosted its second annual Somos Latinx Art Festival. Somos, which means “we are” in Spanish, celebrated the diverse Latinx heritage of DePaul’s students and surrounding community.

“This event allows the DePaul community to get to know more about the everyday life of our Latinx students,” said Kelly Garcia, one of the student organizers of the Somos event.

The event — organized by DePaul’s Office of Multicultural Student Success, the Division of Mission and Ministry and Tepeyac — showcased the art of Latinx students at DePaul through a Vincentian lens. The festival included a visual art exhibit in the Latinx Cultural Center free and open to the public all week. All the art on display was made by students and alumni from DePaul University.

According to Monica Ramos, the Latinx Cultural Center Coordinator, this event gives insight into Latinx culture and Latinx community issues in a thought-provoking manner. The various art pieces speak of the vibrancy of the Latinx cultures and communities, they also illustrate the challenges that have affected this community historically and presently. Some of the art included black and white photographs of day-to-day lives of Latinx communities, the interactive “Rebuilding Puerto Rico” puzzle created by Joshua Smyser-DeLeon, advisor of the Tepeyac student organization and  Ministry Coordinator, and the colorful paintings made by students and alumni.

“Art has a way of expressing what the community wants to communicate whether that be positive highlights or a difficult struggle,” said Victor Hugo Lara, one of the organizers of Somos. “I think showcasing art will give insight to what Latinx artists at DePaul want the world to know.” 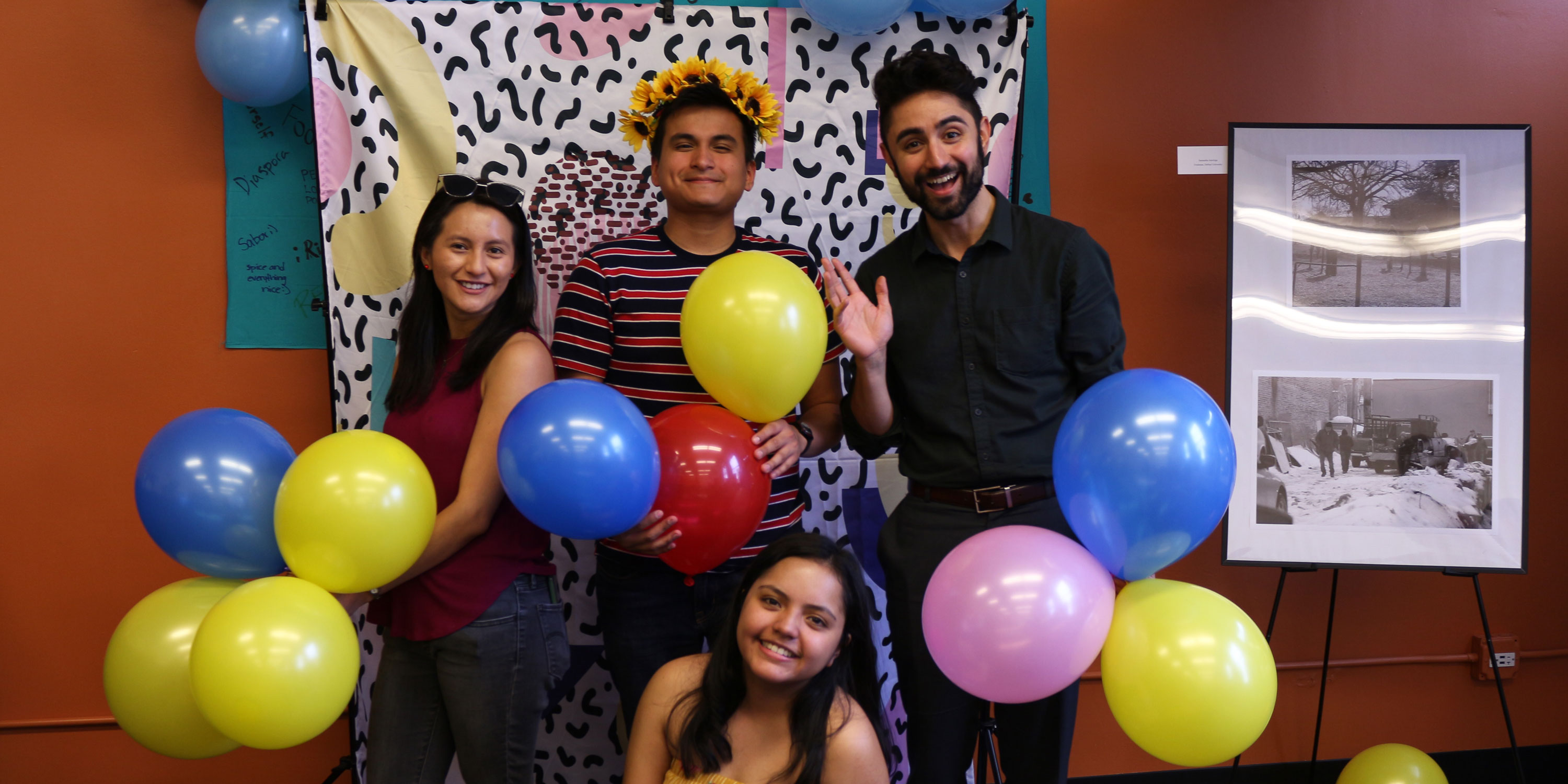 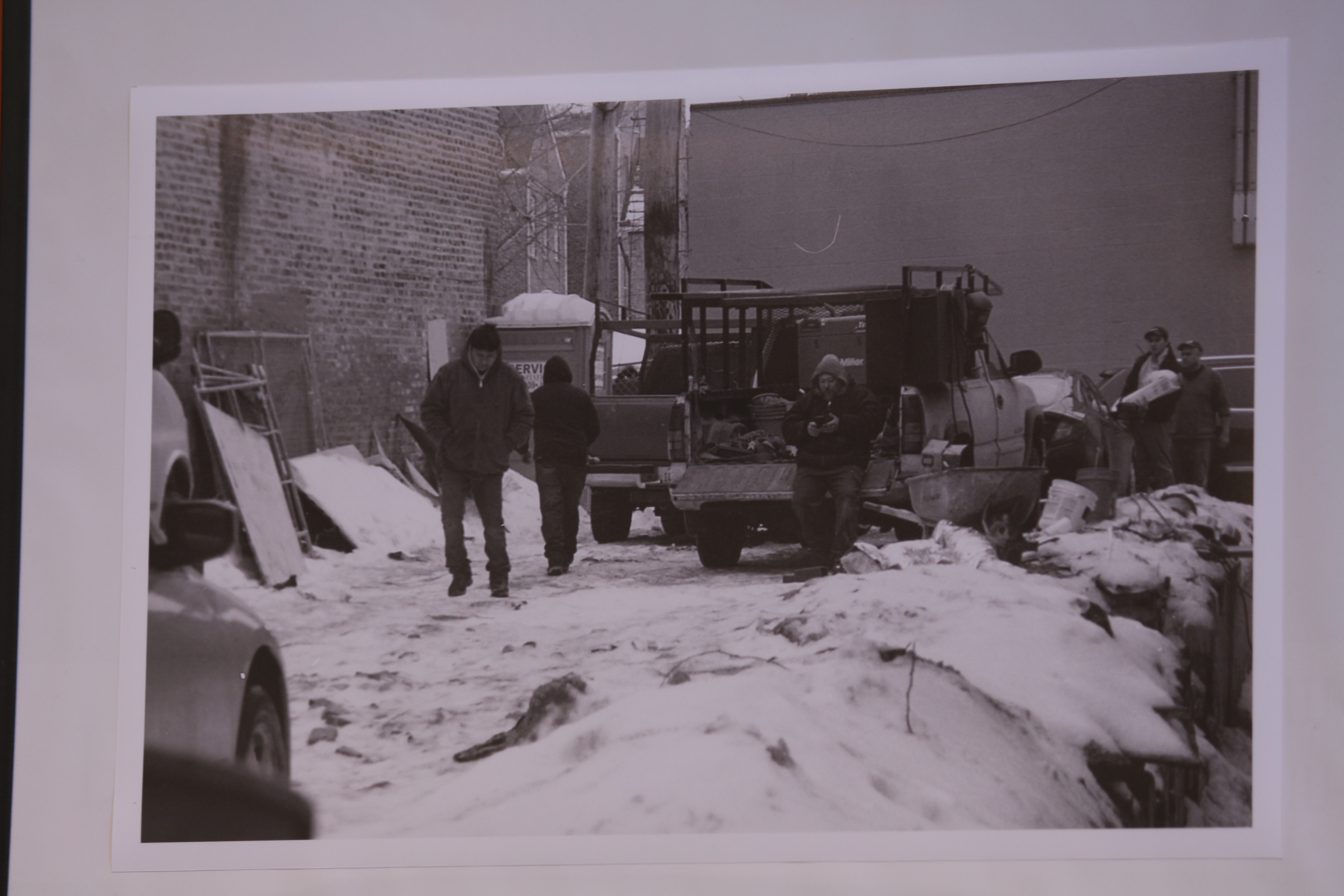 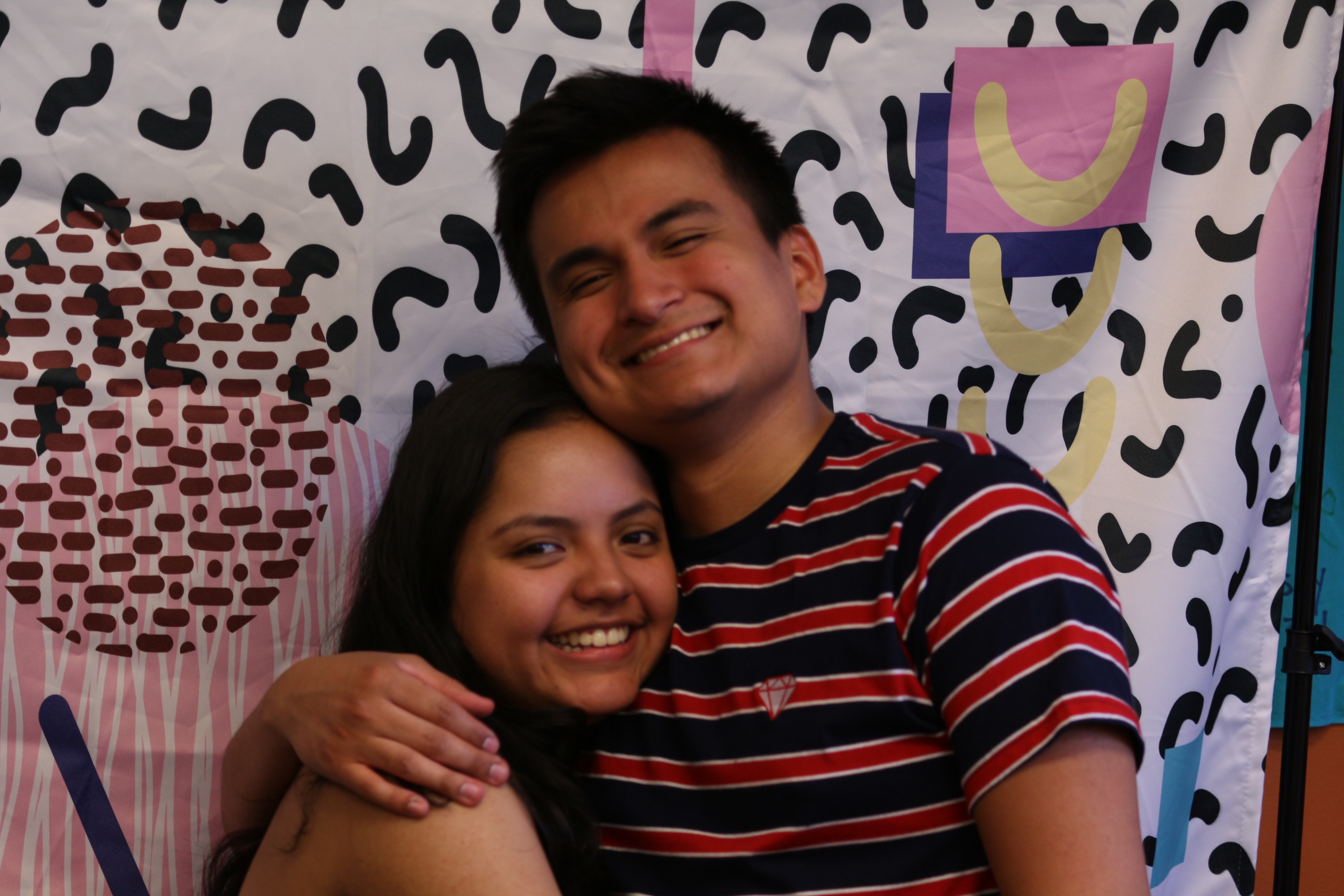 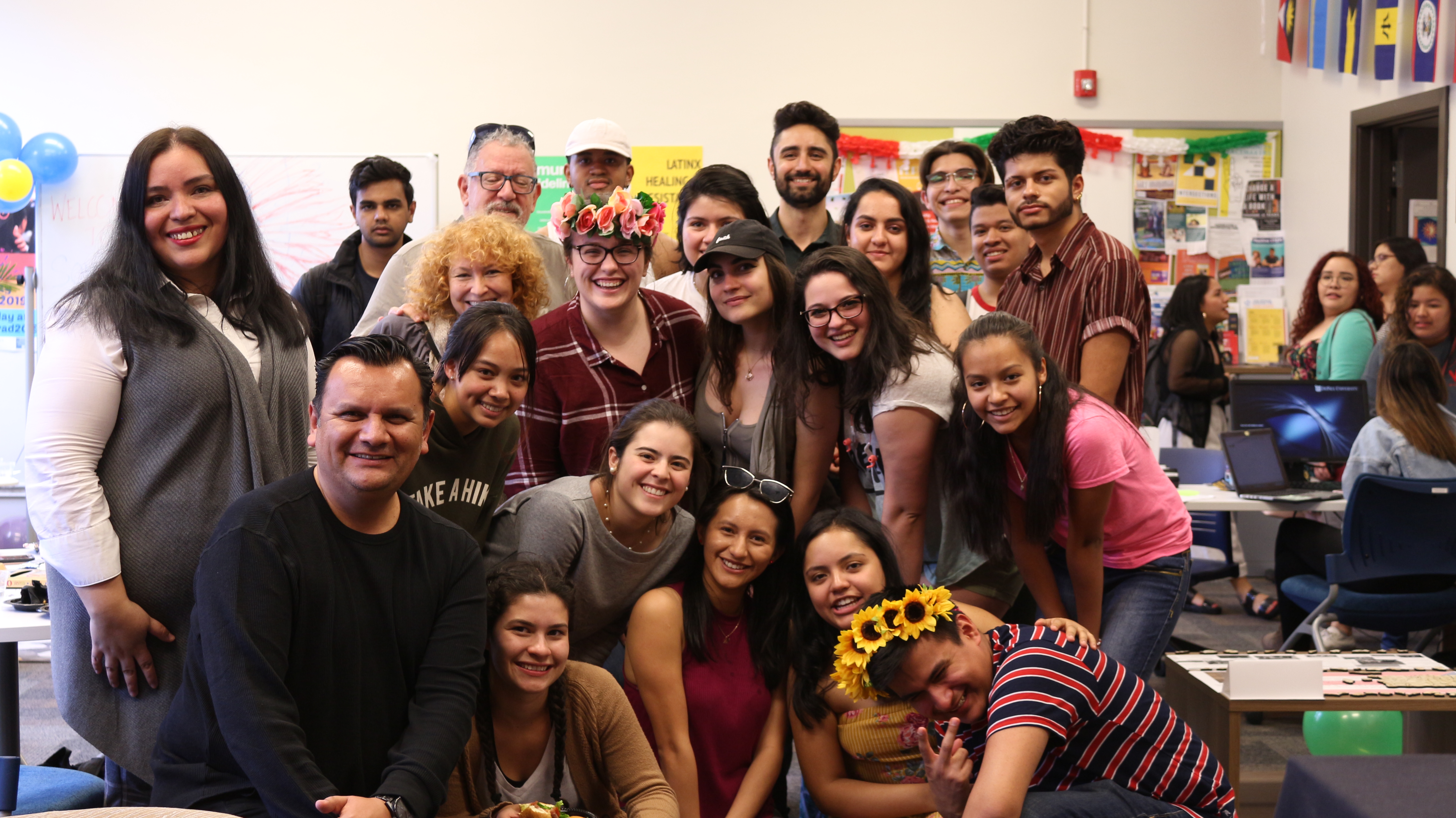 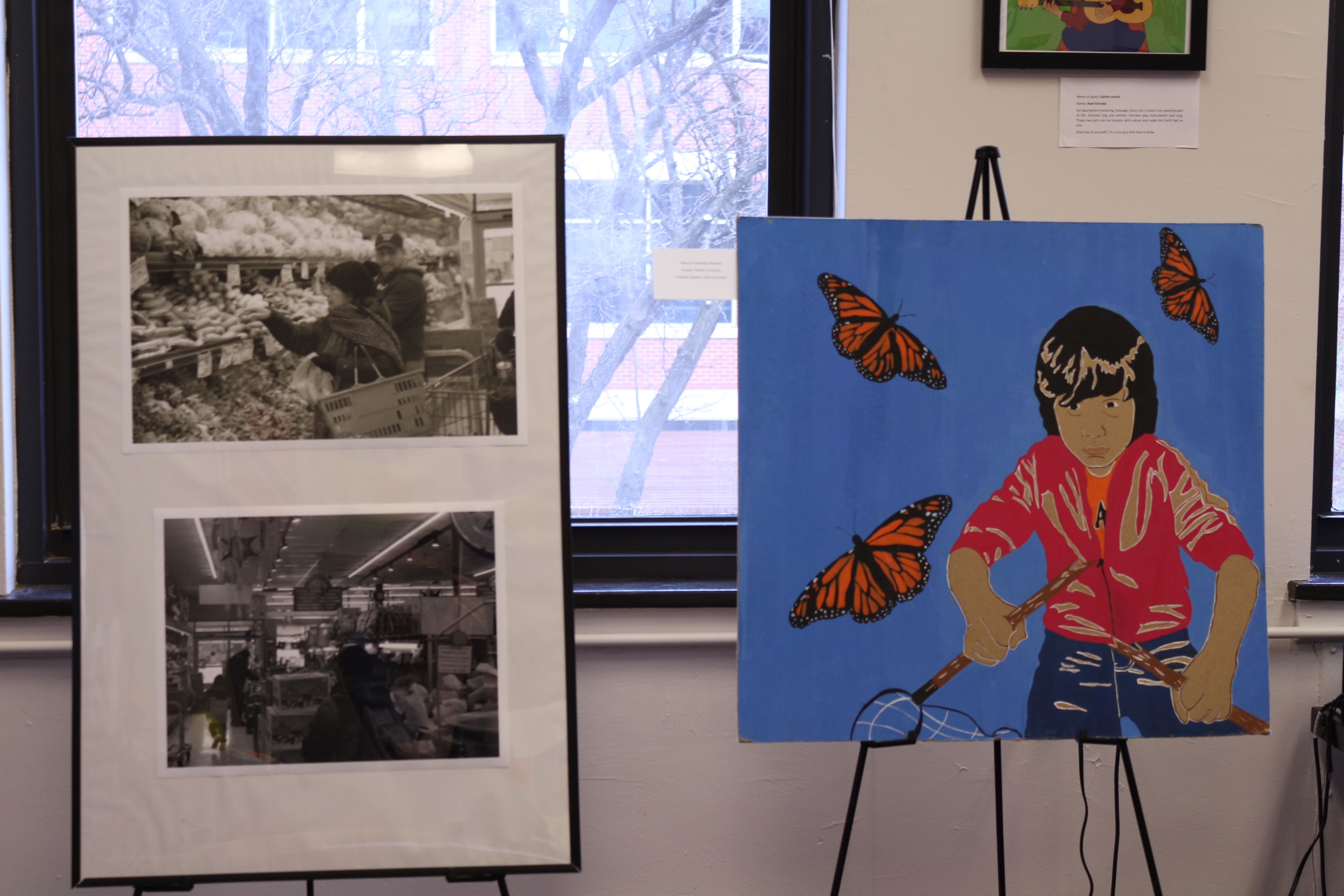 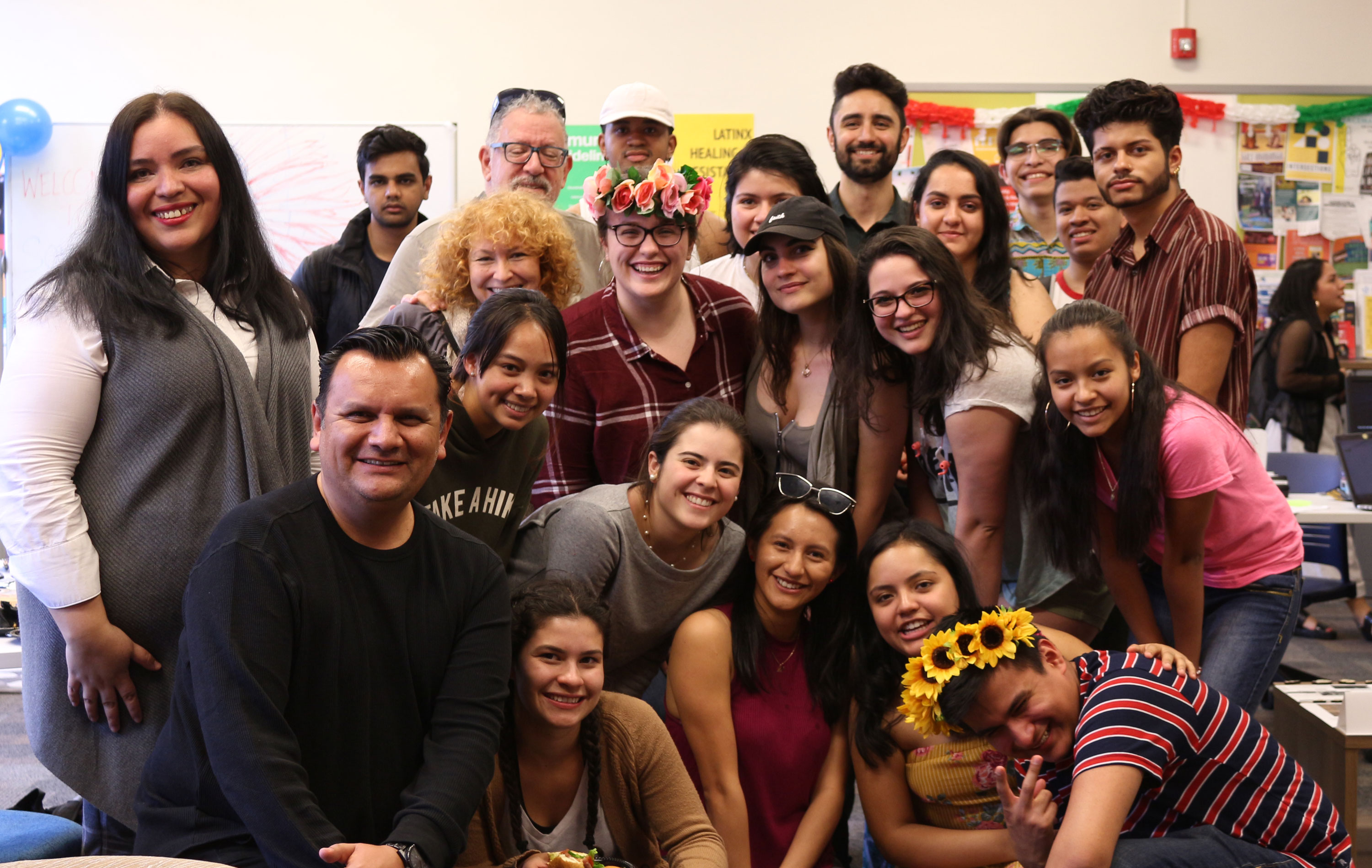 Attendees could walk around the room to look at different art exhibits, participate in arts and crafts at one of the tables, or simply enjoy their time by dancing around the room filled with balloons and take pictures in front of a picturesque photo wall. On Monday there was an opening celebration; on Tuesday students were able to attend the writing workshop and poetry slam. The event on Wednesday was the longest one, having different live performances by Latinx student artists. Finally, to wrap up the event, on Thursday there was DIY arts and crafts and a surprise guest speaker, Ricardo “NACO” Gonzalez, a comic book artist based in Back of the Yards. Most of his work focuses on concerns with the depictions of Mexican-American identity in the United States.

“The art exhibit allows us to explore more about the foundations of our faith and culture as a community,” said Garcia. “Before hosting the festival, we asked each artist to connect their artwork with the Vincentian mission and see how we can get our DePaul peers to engage with our community.”

McLean Casey came to the event to support her friends who were involved with coordinating it. However, she also said that events like this help her to be engaged with part of her heritage and to meet other people who have similar backgrounds.

“I think this event is important because it shows off the similarities that come with Latinx heritage,” Casey said. “You know, like when you’re from the Latinidad [referring to the various attributes shared by Latin American people], you often feel very disconnected and very separated because there are so many countries, and so many different cultures, but this is one of those things where everyone can experience the same thing.”

Somos started its organization in the early fall. According to Garcia, that allowed all the organizers to reach out to more Latinx students interested in participating which in turn has brought them a bigger audience.

“In the fall, that’s when we recruit our artists and begin to spread the word,” said Garcia. “I’ve worked hard to shine a light on all of the events taking place. So far, we are expecting over 100 people to attend at least one of the days of the festival.”

The event drew many students and staff from DePaul University, regardless  of their identity. Below you can find some of the highlights of the event.