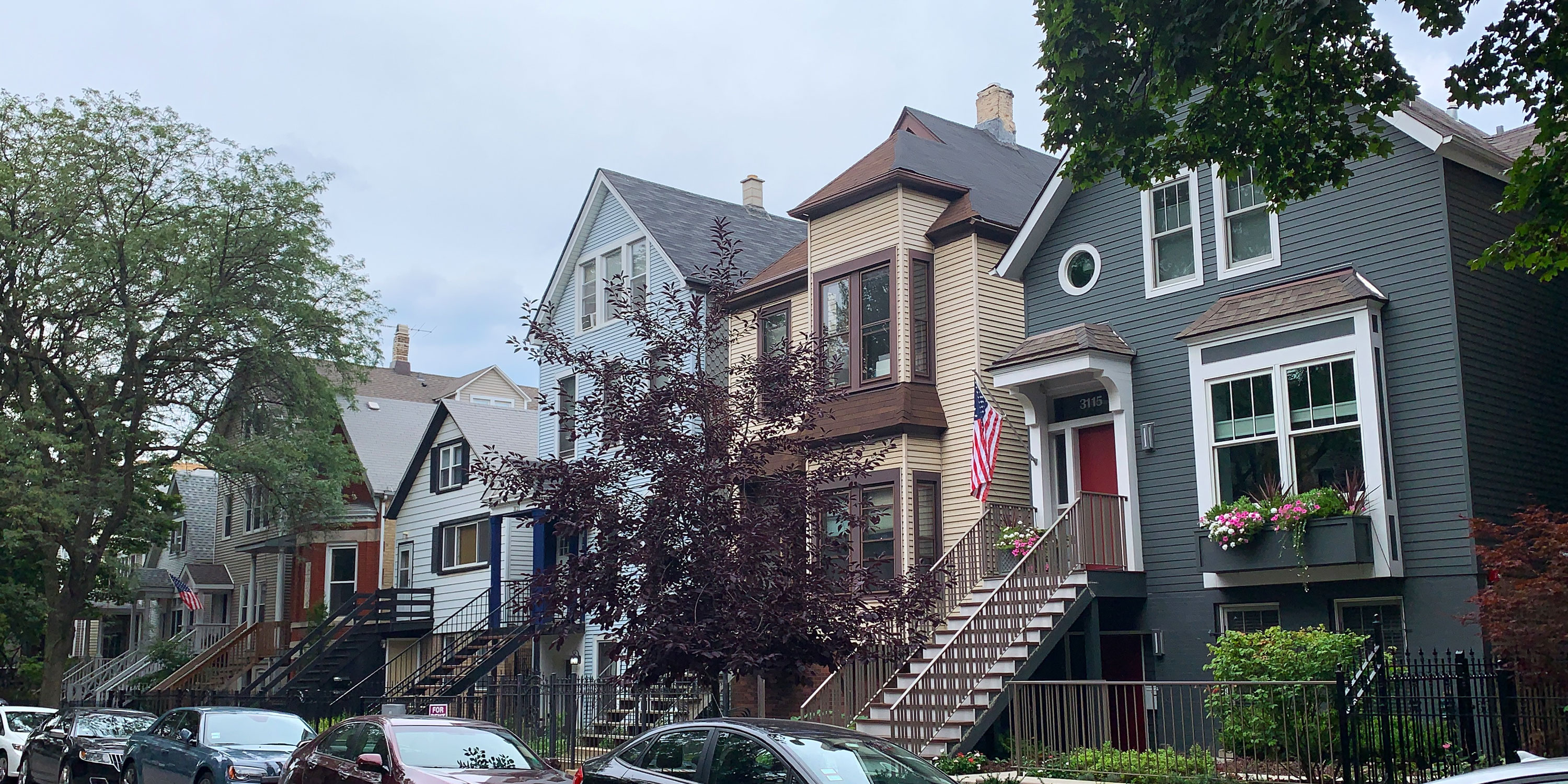 For many DePaul students, moving off campus and into an apartment for the first time is a rite of passage. It marks a day of independence, but also of new responsibilities that include cleaning, cooking and financial management. Sometimes those daunting responsibilities are just the beginning, and students come to realize that the apartment advertised as “vintage” or “just needing some TLC” is the beginning of a long road with apathetic landlords and often unlivable conditions.

As college students, our lifestyles and financial positions are often in-flux, trapped in an environment of ever-changing roommate arrangements, career prospects and ability to find a financially stable individual to co-sign a lease agreement. The resulting living situations are often inexpensive but unkempt, or uninhabitable entirely, unless one is fortunate enough to enter an agreement with a communicative and cooperative landlord.

A renter’s guide to resources in Chicago for when things go wrong. Graphic by Jakob Emerson, 14 East.

A communicative landlord was not the case for Zoe White, a junior living in Lakeview.

“I rented through a third-party company kind of like Airbnb,” she said. “I didn’t really know my actual landlord, and did all my communicating through them.”

After moving off campus with four other friends her sophomore year, White found a beautiful two-story apartment for the five women to share, fully complete with modern furniture, stainless steel appliances and located just steps from the Red Line. But that’s where the comfort of the new apartment quickly ended.

One of White’s roommates noticed droplets of water pooling on the ceiling in their dining room. Over the coming weeks, the ceiling itself began to sag and risked collapse entirely.

The five roommates quickly learned that their air conditioning unit leaked directly from the roof. Though they notified the leasing company and thereby their landlord, their initial complaints were brushed off, and the solution offered was a simple re-spackling of the areas leaking from above.

“No matter how many times we raised concern with this company… I think a lot of our concerns got lost in translation and the problem never really got fixed.”

All five roommates left the building after their year lease was up, citing safety and living concerns in an apartment White describes as a “giant band-aid.”

Elizabeth Coyle, a junior living in Uptown, also learned her sophomore year that legitimate property companies and apartments that were nice on the surface did not always mean a comfortable living situation was guaranteed.

“The second I saw a cockroach the length of my index finger I knew we were in for trouble,” said Coyle.

Coyle and her roommate lived in a high-rise building, adorned with a doorman, security, and separate bedrooms. But even on the 16th floor, cockroaches made their way to the apartment and could not be evicted through contacting the landlord.

Despite reaching out to building management and maintenance on multiple occasions, Coyle and her roommate were forced to purchase roach extermination kits in order to eradicate the pests themselves.

Unfortunately, cockroaches were only the beginning.

Coyle vividly remembers lounging at home after class one day in late March, when winter was still ongoing and cold winds blew without much pause. She heard an odd noise in her bedroom, and upon examination found a quarter-sized hole leading directly to the outside.

From where she stood at the foot of her bed, Coyle could peer (and feel) directly out her 16th-floor bedroom wall.

“I remember how completely shocked I was at the fact that there was a literal hole in my bedroom wall,” she said. “It was honestly scary because it was winter and air was coming through, but also because we were hundreds of feet in the air.”

Construction crews working on the outside of the building had punctured a hole into Coyle’s bedroom. One worker was even skeptical of her claims until she described his outside movements over the phone from the other side of the wall.

Building management never contacted the two roommates to resolve the situation, but the unrequested new window was patched two weeks later after multiple direct calls to the construction company.

Sometimes one’s apartment isn’t actually the problem, and neighbors living in close contact become headaches of their own.

This is what McKay Murphy, a senior living in Boystown, discovered during his last year in college.

“When I moved in it was a very quiet area, but soon after the restaurant below me transitioned into a bar and we began to have a lot of trouble with noise coming from below,” he said.

Often the bar located on the first floor of Murphy’s building would remain open until required to close by city law at 4 a.m. The late operating hours were especially difficult for Murphy and his two roommates also attending DePaul because sleep quickly became a privilege for the three living on the second floor.

Sometimes the noise levels didn’t arise from the bar itself, but rowdy patrons and honking rideshare drivers making their presence known until the early hours of morning.

“I admit that the quick fix for this was earplugs, or headphones, but I also don’t think it was unreasonable to expect quiet at 3 a.m. on a Tuesday,” said Murphy.

Murphy eventually became so disgruntled with the noise from below that he left his bed one evening and walked downstairs to speak with the bar owner. After requesting that the music not be played so loud or that rideshare drivers refrain from honking upon arrival, he was subsequently banned from patronizing the establishment located within his own building.

Luckily, Murphy works in an alderman’s office, and was familiar with local regulations and the process one must go through to resolve noise violations. After filing a 311-noise complaint through his local alderman’s office and working with his management company to have the ceiling reinforced, Murphy and his roommates eventually signed another year lease for the same apartment.

Unfortunately for Sarah Pelletier, a junior living in Roscoe Village, she didn’t work for an alderman and was unaware of the resources available should uncomfortable living situations arise.

When Pelletier and her two roommates moved into their apartment the August right before their sophomore year they were ecstatic. The apartment was gorgeous, decorated with ornate wood cabinetry and included a recently remodeled bathroom. As the three would quickly find, the new features were only surface level deep.

“I remember coming home one day after class and opening the apartment door to an awful smell,” said Pelletier. “I checked the bathroom first because the smell was obviously poop, but found that it was actually coming from the kitchen sink.”

Sewage rising from the pipes in the kitchen wasn’t the first sign that the plumbing in Pelletier’s apartment wasn’t in great shape.

One of Pelletier’s roommates was washing dishes one evening and found herself facing a clogged garbage disposal. After examining the clog, she pulled out a chunk of red human hair, a characteristic shared by Pelletier. The roommates quickly determined that the water leaving their bathroom was traveling through their dishwasher and making its way into the shared pipes below the kitchen sink.

Horrified, Pelletier asked her father, a housing contractor, to examine the kitchen and bathroom’s plumbing while visiting his daughter over the holidays.

“My dad literally looked underneath the sink for less than a minute and basically told us that none of the plumbing was up to code and the outlet directly under the sink could have electrocuted us,” recalled Pelletier.

After months of negotiating with the landlord, and multiple visits from their maintenance man that often provided no assistance with the issue, the dishwasher in the kitchen was replaced and the plumbing rerouted in the kitchen. Nevertheless, the three roommates decided not to re-sign their lease.

“The apartment was honestly so nice, and we loved being right off the brown line, but obviously we moved out after all those issues,” said Pelletier. “Having a nice landlord is key to living off campus during college.”