Why I Got Into Sewing and Why ..

How Your Fashion Choices Can H..

DePaul Students Make Their Own Clothing, Accessories at the IRL 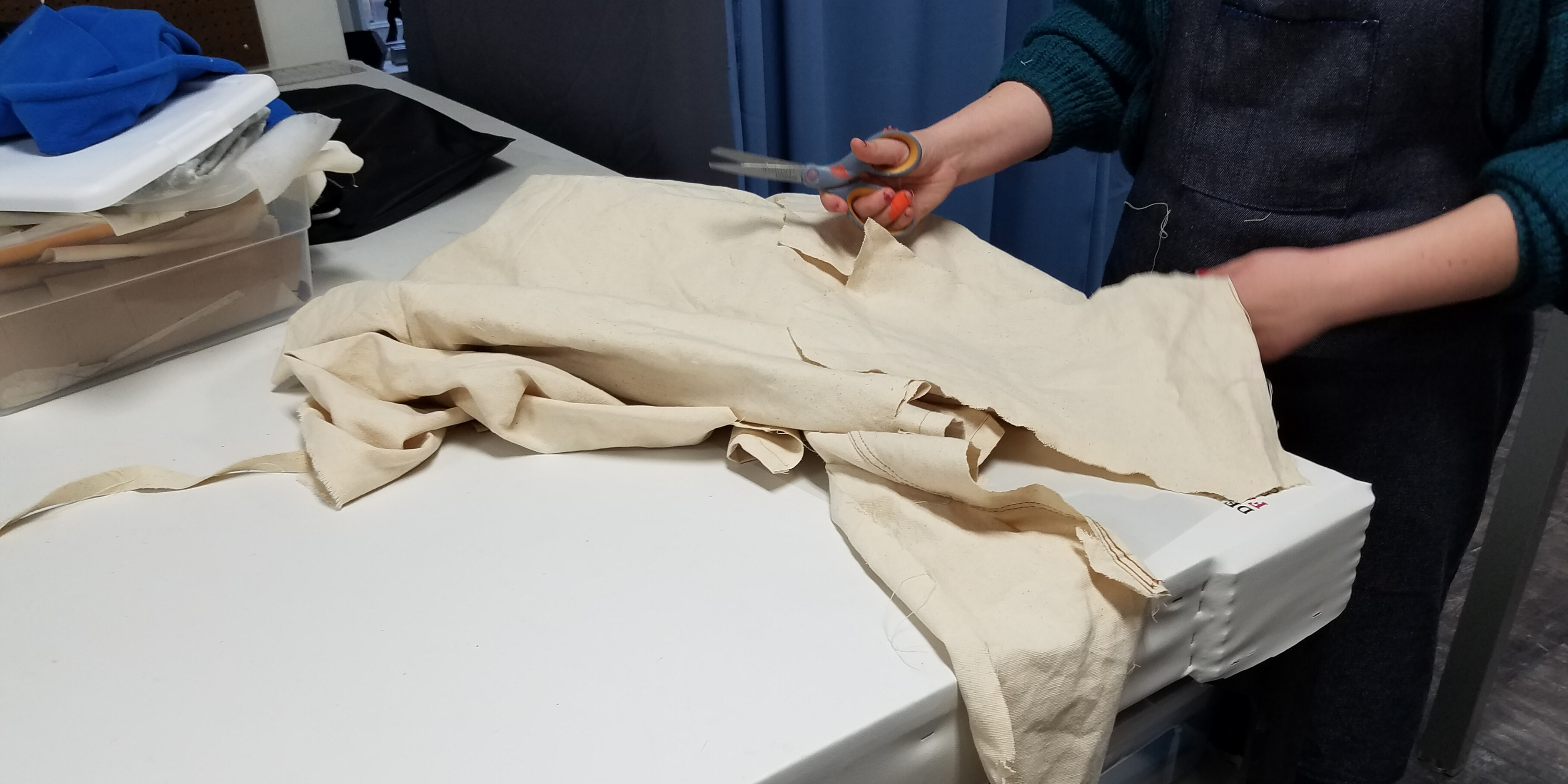 Chances are, you don’t own a sewing machine.

It takes only a quick glance around the halls of Art & Letters or the Daley Building lounge to notice that many DePaul students are into fashion. From fancy coats to bold-patterned pants, DePaulians are not afraid to test the waters of fashion. Some students even make or alter their own clothing. Though tailoring clothing, creating costumes and making jewelry often require specific machinery and materials, some DePaul students use the resources available at DePaul’s Idea Realization Labs (IRLs) to complete their designs.

DePaul has two IRL labs. The original (IRL 1) is on the Loop Campus and opened in 2017, and the second (IRL 2) is on Lincoln Park Campus and opened in 2019. Both are makerspaces — places people go to explore creative projects, usually involving hands-on work with physical materials — and at the IRLs DePaul students can use all available equipment and materials for free.

Wren Lively sat at one of the tables in the IRL 1 on the third floor of the Daley Building. She was undoing stitching on a pair of her jeans.

“I’m tailoring my pants so they fit better,” said Lively, a senior studying graphic design. “I also did a pair last week here.”

Lively said she only needed a few pieces of equipment to tailor her pants: tools to tear the seams apart, a sewing machine to re-stitch the seams and possibly a serger to finish the job. 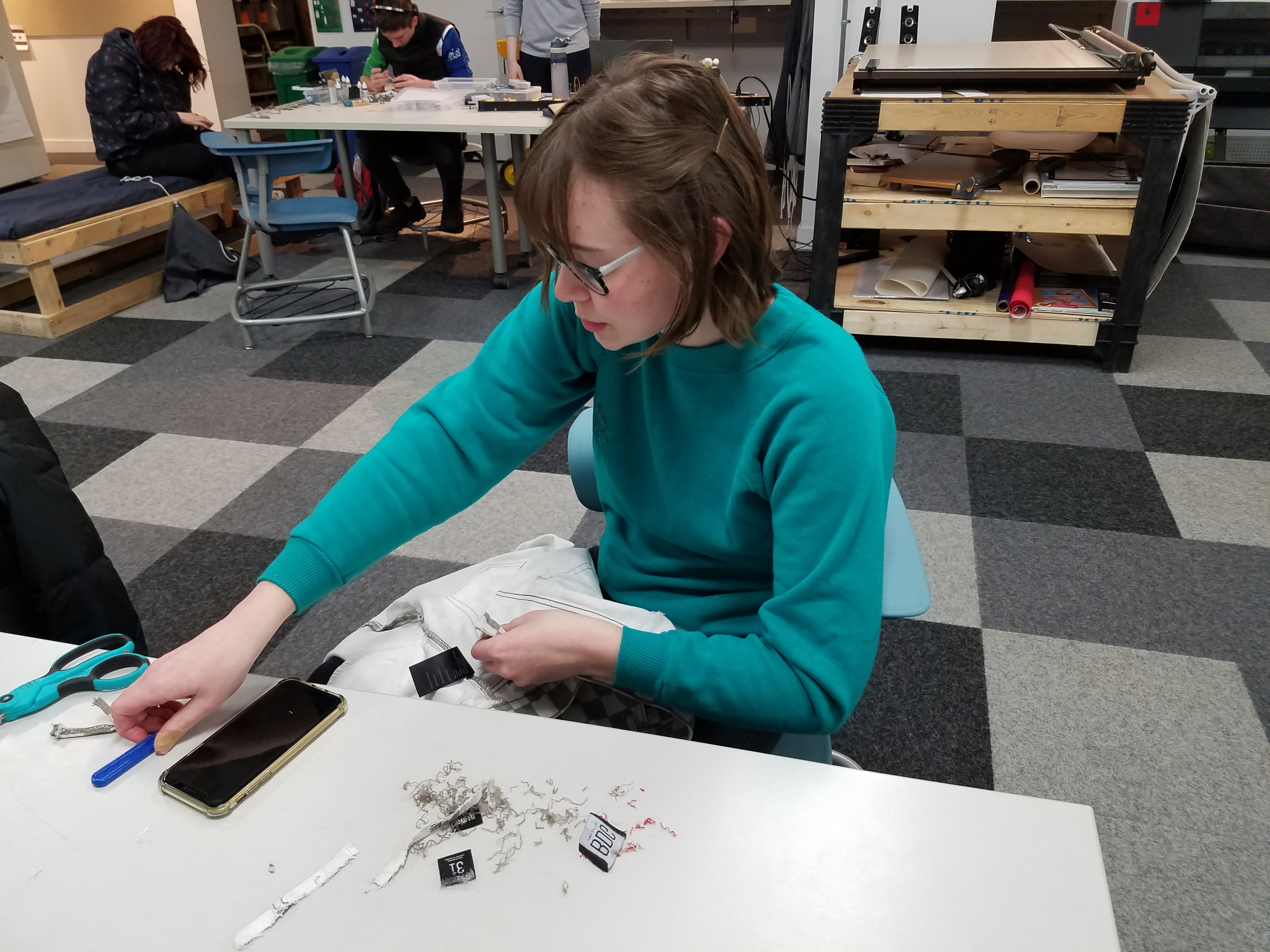 Haley Sullivan, the lab manager at the IRL 2 in Lincoln Park, and worker at both labs, said both spaces have equipment for students to make clothing and accessories.

“At the IRL 2 we have a variety of sewing machines — heavy duty — and we also have a sewing machine that can do embroidery, so that’s something cool if you’re doing DIY patches and stuff like that,” said Sullivan, a senior studying animation. Other equipment at the lab space in Lincoln Park include sergers to finish edges, and two dress forms for people to fit pieces on.

She said most of the equipment and resources are available in both locations with a few exceptions and model variations. Some of the equipment requires training, but the student workers hold classes that allow students to gain access to the machines about once a week. In the older Loop location, more student organizations have begun to utilize the space.

“One big thing [IRL 1] has is a strong Cosplay Club present, so they have group meetings here, and some storage of their own,” said Sullivan.

DePaul’s Cosplay Club has a space in IRL 1 where they meet, work on projects and help each other actualize designs. Cosplay is the act of dressing up as a character, usually from a comic, movie, video game, anime or manga. Popular around Halloween and during events such as comic conventions, partaking in cosplay often relies on creating your outfits to match a character.

At the lab, Eric Sanchez, a graduate student in the Kellstadt Graduate School of Business  and member of the Cosplay Club, was sewing a jacket for a costume. He said that cosplay takes many forms, but the club is a space to share knowledge and skills. 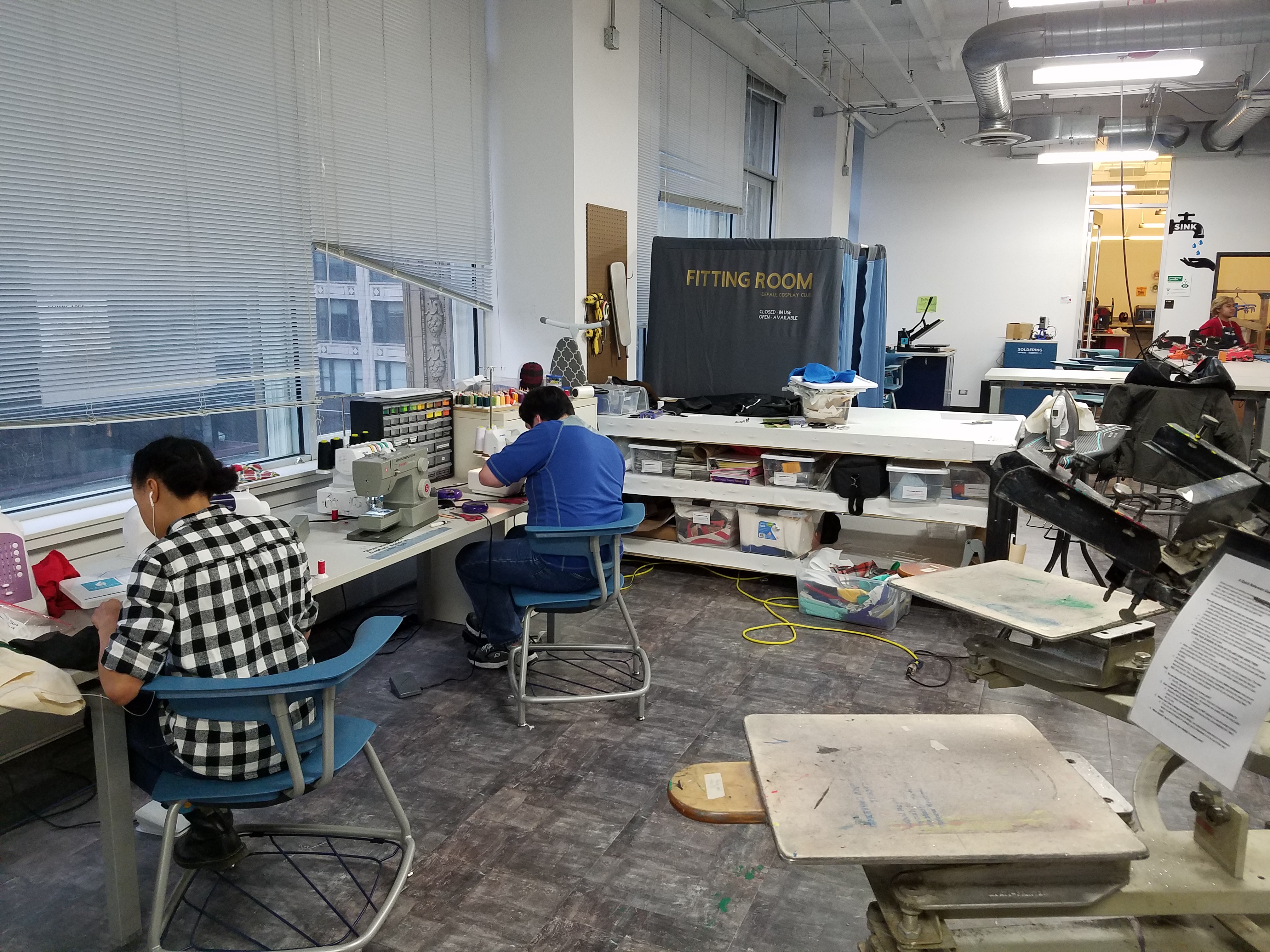 The Cosplay Club space at the IRL 1 (Christopher Silber, 14 East)

“The main goal of the club is to teach students different crafting skills to help them with different costumes,” said Sanchez, “whether for Halloween, just to dress up, or for a [cosplay] convention.”

Sanchez said the Cosplay Club is relatively new on campus — the club became organized in the 2018-19 school year, and got a dedicated space at IRL 1 in Fall Quarter 2019. Sanchez has been helping get the club up and running and is listed as the club’s Treasurer. He also helps club members figure out how to make designs a reality.

“I’m more so on the technical side, so I’ll make things if there’s already a costume design or there’s already something out there from a comic book, story, anime or something like that,” he said. “From the point of view of figuring out how to turn something from a 2D design to a 3D design.”

Sanchez said that people in the club also utilize other resources at the lab that people might not immediately associate with costume design.

“When it comes to cosplay you can make anything out of everything — 3D printers, sewing machines, the woodshop.”

Beyond costume design, students use the IRL’s screen printing equipment to make their own T-shirt designs and add ink images to fabric.

“For more decorative stuff you can totally do screen printing on most fabrics. And then we also have heat transfer, so you can heat transfer vinyl onto all kinds of stuff.” 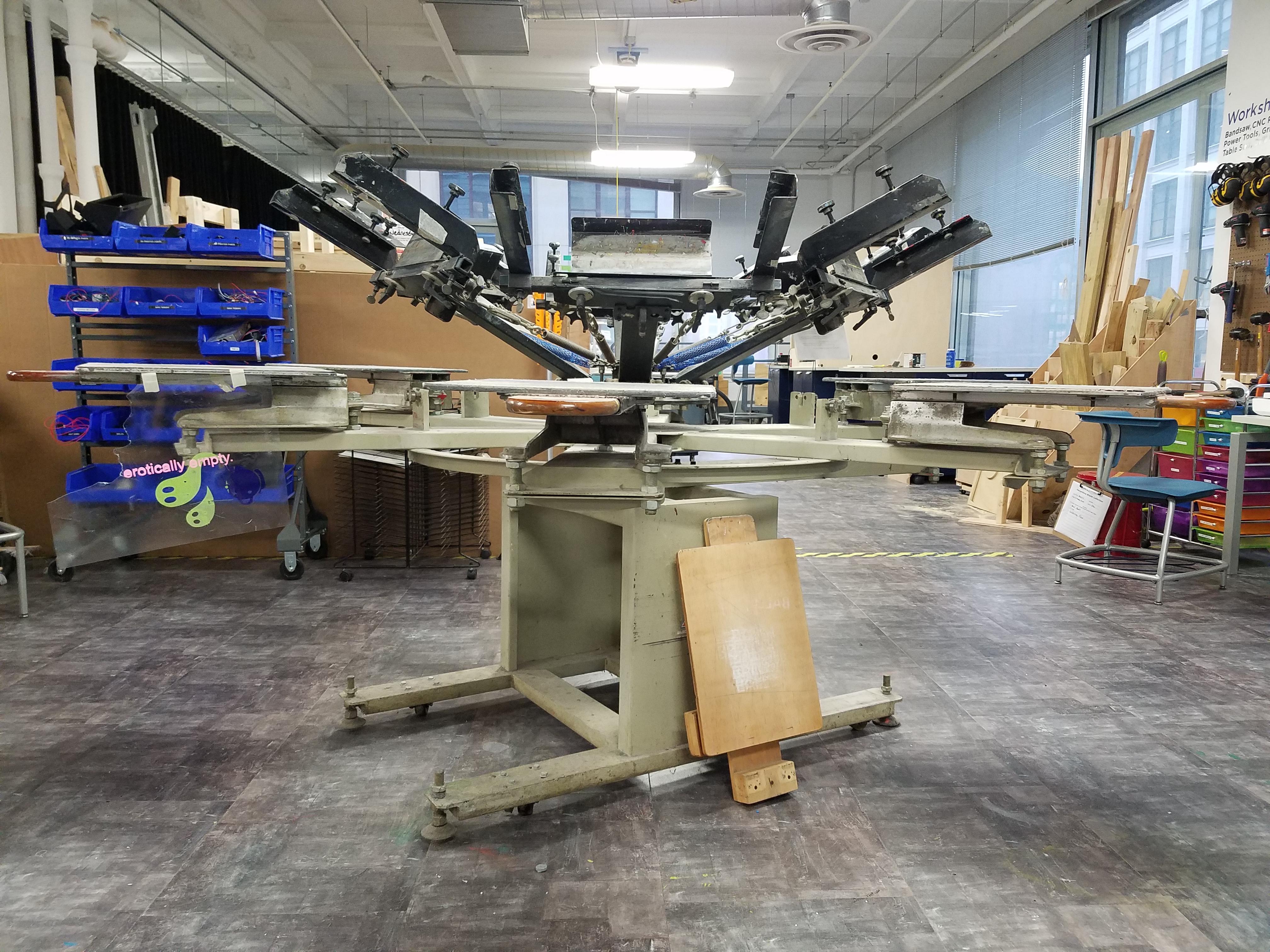 Lively said that beyond pants tailoring, she has taken on other projects.

“I’ve done some embroidery, and I’ve made some earrings out of using a laser cutter with acrylic.”

Sullivan also noted that people are building wearable technology in the lab.

“We have conductive thread and small pieces of conductive fabric, so you could sew thread that conducts electricity into your clothing.”

“You can make a bracelet out of copper tape and hook up a mini LED circuit so it could light up, and you can advance that idea into something bigger and better,” said Rosas. “It’s very doable at this lab.”

Whether sewing jeans or constructing an electric bracelet, students are finding the tools to use and getting creative.

“We’re all learning,” said Sanchez, “and it’s great when we help each other out.”

Editor’s Note: Upon publishing, the piece incorrectly labeled sergers as “soldering machines.” The article has since been corrected.