An Activist’s Homecoming with .. 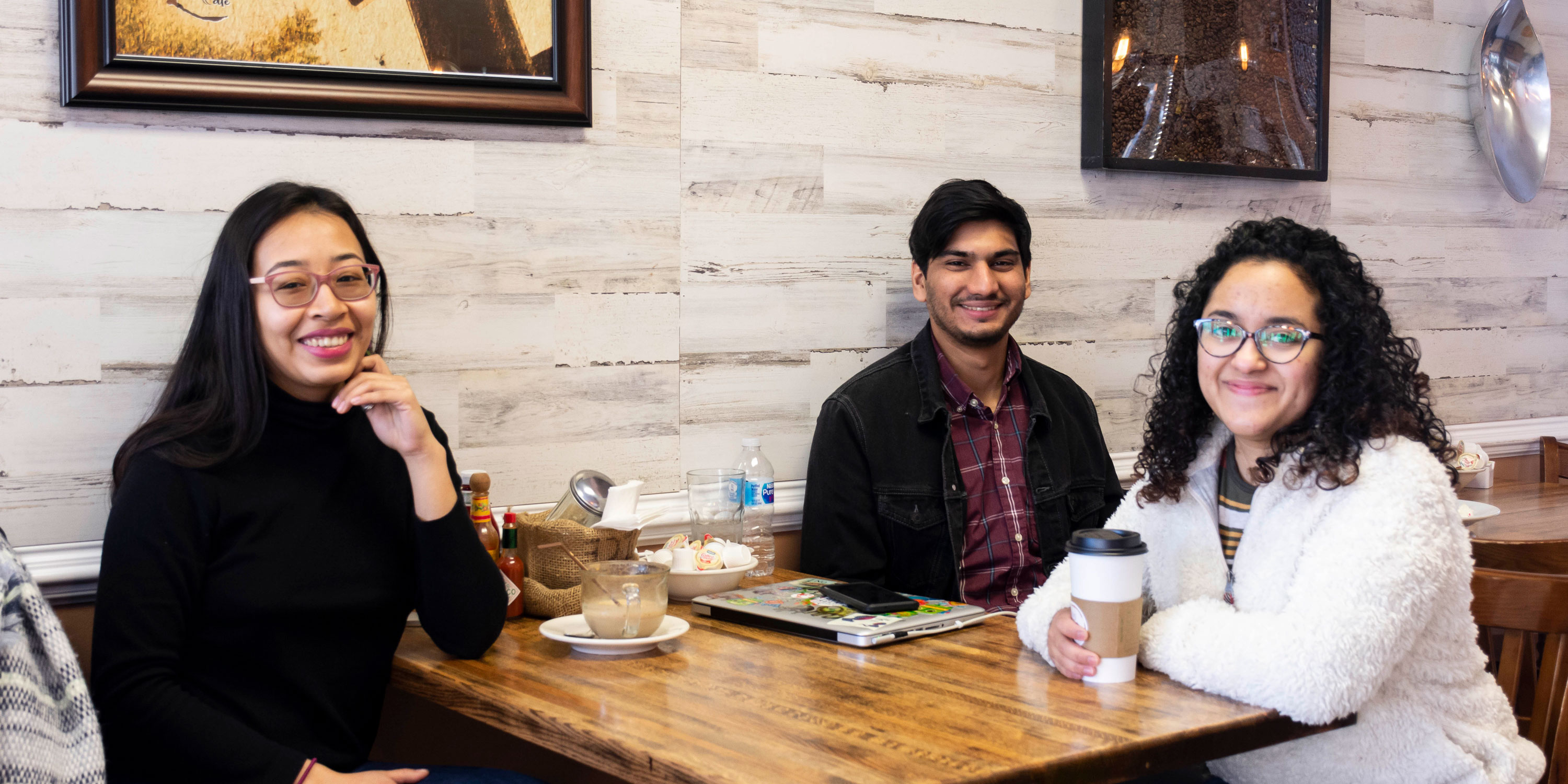 Romulo has spent the past seven years organizing against deportations and for housing rights, Singh reported on Cicero while attending graduate school at Northwestern University, and Alonso specializes in multimedia work. They all noticed that information about issues and decisions being made in Cicero wasn’t accessible to residents and they wanted to change that. Romulo started working on the project by herself last winter and met Singh and Alonso while doing community outreach. In July, they launched El Cicero Independiente.

“I believe everybody has a right to have access to information and to news and to a transparent and accessible government,” Romulo said. “That’s sort of the impetus for me wanting to start this project.”

A southwest suburb of Chicago, Cicero has more than 80,000 residents, according to the U.S. Census Bureau. Since more than 80 percent of residents speak Spanish, El Cicero Independiente is a bilingual news organization, publishing its stories in both Spanish and English.

“It’s important for community members to see themselves reflected in stories and news we cover, so since it is a majority Spanish-speaking community, I think it was important for the coverage to be in a language they understand,” Singh said.

Before El Cicero Independiente launched, there wasn’t a local news publication covering the community. While other publications sometimes cover Cicero, like Chicago’s TV stations, My Suburban Life and Lawndale News, there weren’t any reporters dedicated to covering things happening in Cicero.

“I started realizing that [mainstream media] was leaving out a bunch of communities that don’t get featured a lot,” said Alonso.

After finishing her internship at the Chicago Reporter, she started seeing the information gaps present in her hometown. Romulo, Singh and Alonso plan to fill that gap in coverage with El Cicero Independiente.

At the beginning of 2019, Romulo began hosting community conversations to learn what Cicero residents might want in a news organization. She learned that residents were interested in reading news about what is happening in Cicero, both decisions that are being made in local government agencies and stories about people who live and work there.

Since July, El Cicero Independiente has published more than 20 stories in both English and Spanish. The stories range from how Cicero’s public schools fare and local lawsuits to entrepreneurs and a cannabis referendum.

“I feel like there’s a lot of people in Cicero who are really talented and doing really cool things,  but they don’t really get covered in the news a lot,” Singh said. “Whenever Chicago papers cover Cicero it’s going to be about government corruption, and we all want to expand what is being covered in Cicero by also showing what regular Cicero people are doing.”

After launching, Romulo said that community members have expressed interest in the publication and reaffirmed the work they are doing.

“They were excited by the change that was happening because it’s a good change and it’s for the people,” Alonso said.

Since publishing their first few stories and receiving feedback, they started covering more of the town board meetings.

“Now that they see us as a platform that is available for them to ask questions, people are reaching out for giving tips or just things they want to know about their community,” Singh said.

Community members can email the publication to get involved and start writing for El Cicero Independiente. While they are working on a formal onboarding process, Romulo, Singh and Alonso provide individualized training to volunteers — whether shadow interviews or writing support — to help prepare them to cover Cicero.

Now, Romulo is focused on formulating processes and procedures for El Cicero Independiente, while also working on larger projects and public events about issues in Cicero. She wants to be intentional about the work they are doing and the community that they are building.

“People go on Facebook and read our stuff in English,” she said. “Even though we publish in Spanish, too. We’re missing some of the older residents that live here in Cicero. I think the print edition would reach that audience.”

“I feel like a lot of people are born and raised in Cicero and end up leaving to pursue opportunities outside of Cicero because there’s not a lot of opportunities,” he said. “I’m excited to offer this opportunity for local Cicero residents to learn journalism and develop talent.”

The volunteer-based publication is free, and Romulo, Singh and Alonso are looking for ways to make it sustainable, such as grants. In fact, Romulo was just named a 2020 Voqal Fellow, a program that will help fund their work to develop El Cicero Independiente.

“Most journalism doesn’t serve working class communities of color in Cicero,” Singh said. “We created this to serve this community that doesn’t necessarily get served by most journalists.”

Editor’s Note: An earlier version of this story misspelled a April Alonso’s last name toward the end of the story. Changes have been made to reflect the correct spelling.