How to Remain Sane During COVI..

The Heart of the Homeless: Father Guillermo Campuz...

The Heart of the Homeless: Father Guillermo Campuzano Returns to DePaul 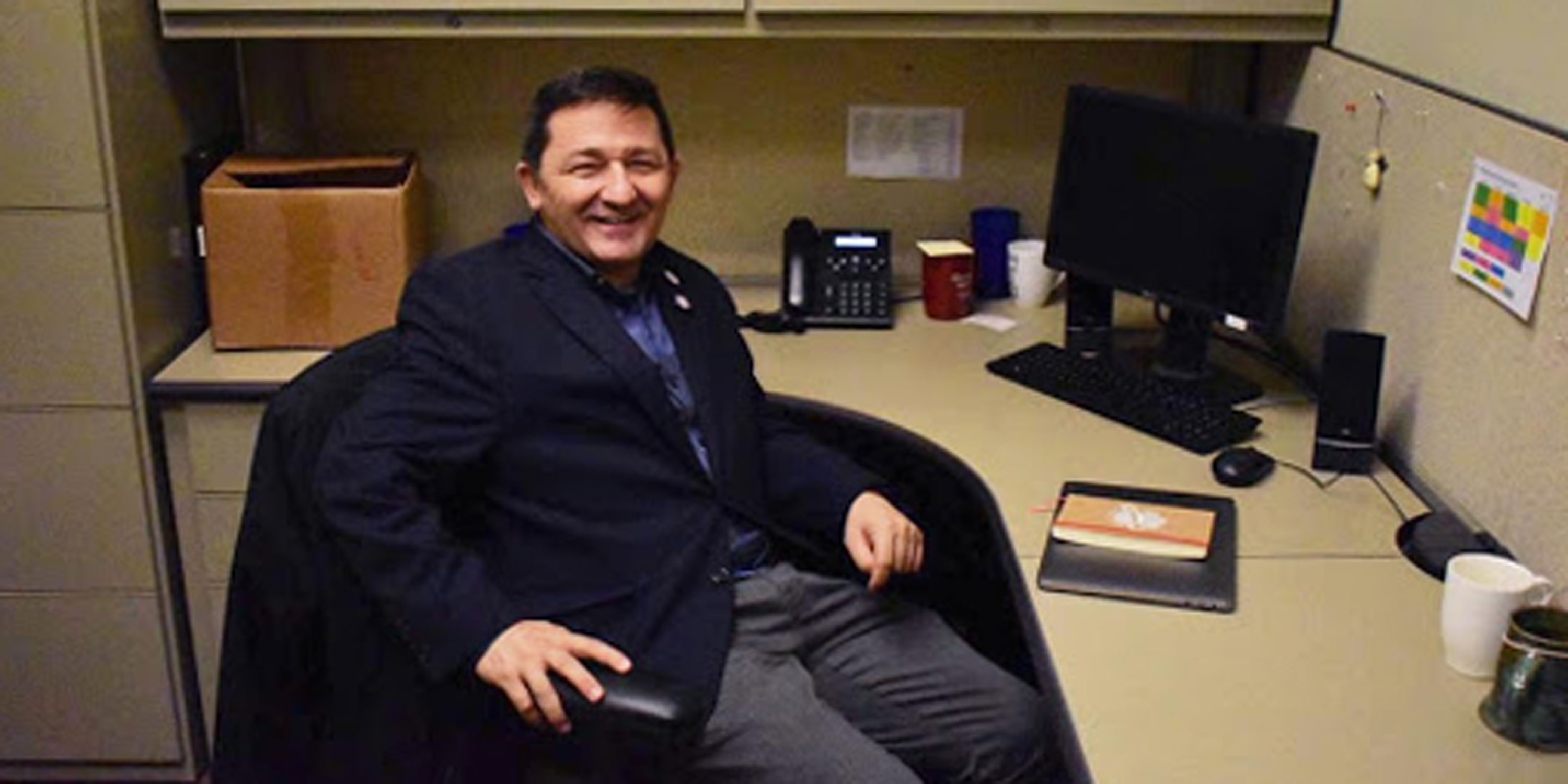 The small, grey-colored office may not appear to be much, but to Father Guillermo Campuzano it feels like home.

After nearly five years working as a Vincentian representative with the United Nations (UN), Campuzano returned in late February as DePaul’s newly appointed Vice President of Mission and Ministry, officially beginning March 1. Now, amid rapid closures of university campuses due to the spread of novel coronavirus, Campuzano’s plans for his first quarter back have shifted dramatically as all meetings were forced to move online.

“None of this was on my radar when I interviewed for the job,” he said in an email on Wednesday. “But this is the world in which we live and the Vincentian question, ‘What Must Be Done,’ is very much in play.”

As this is Campuzano’s third time leaving and returning, the homecoming elicited memories of his first time arriving on campus in 1999 as a student and political refugee.

Fleeing from the Colombian Civil Conflict, he remembered the hardship he experienced having to give up his home country for fear of retaliation while ministering to his community as a priest.

Now, more than 20 years later, this work in human rights advocacy has resulted in the UN’s first-ever resolution on homelessness, which was approved on February 19.

As a part of the Congregation of the Mission, a Vincentian international network, Campuzano worked alongside organizations such the Institute of Global Homelessness and chaired the UN nongovernmental organization (NGO) Working Group to End Homelessness. The group’s focus in ratifying the resolution was threefold: to attempt to define homelessness from a global perspective, to invite countries to measure their homeless population and to formally establish the right to adequate housing.

As the resolution was already approved by the Commission for Social Development, it is expected to be introduced to the Economical Council at the UN later this year and then potentially ratified by the member states of the General Assembly in September.

Returning to DePaul, Campuzano hopes to bring his passion of advocating for people experiencing poverty and housing insecurity here to campus via programs such as DAX, which provides housing to students experiencing homelessness.

Based on FAFSA reports, DePaul estimates that 50 students face homelessness or housing insecurity each quarter, according to a 2018 Newsline article, DePaul’s communication site.

“I wonder how many of these students [facing homelessness] don’t feel home in the world and if they feel home at DePaul … I’m coming here to work on that,” Campuzano said.

His first orders of business included reestablishing relationships he had built with staff as DePaul’s previous university chaplain and Director of the Office of Religious Diversity. However, as the World Health Organization declared COVID-19 a pandemic, this focus shifted to adjust to Chicago’s stay-at-home order and Centers for Disease Control and Prevention (CDC) social distancing recommendations.

“I was in my job only one week before everyone began working from home,” Campuzano said. “As you can imagine, this impacted my ability to connect with my new team, and suddenly having no students, faculty or staff on campus has led us to be very creative in moving programming, outreach, and pastoral care online.”

In addition to the transition to remote work, Associate Vice President for Faculty and Staff Engagement Mark Laboe noted this process will include an interesting dynamic in the — now virtual — Office of Mission and Ministry. “We joke about this now, [but] I was [Campuzano’s] boss last time he was here and now he’s my boss.”

Laboe also added that Campuzano may have some adjusting to do in his new position, but that he’s always enjoyed working alongside him on projects such as Vincentians in Action, DePaul’s service immersion program.

“[Campuzano] has a big vision for what the world ought to be and really pursues that.” Laboe said. “That’s deeply rooted in his own faith commitment, which resonates a lot with me, [although] it may take him a little while to get acclimated again and how things have changed here institutionally.”

Additionally, Campuzano mentioned he hoped to connect with projects already happening here at DePaul, including the soup kitchen at St. Vincent de Paul’s Church. However, due to the COVID-19 health crisis, the church temporarily closed the soup kitchen, according to an address written to parishioners by pastor Jeremy Dixon.

In an email sent to lead volunteers, Dixon said, “This [closure] is not just to protect us, but also our guests who may be the most at risk … the health of our community is the most important factor to me and relies on us.”

Although those who frequent the soup kitchen will be redirected to outside services that are still open, sophomore Cody Cwik understands how difficult this may be for communities who rely on the soup kitchen’s daily support and familiar faces.

“I think volunteering in the soup kitchen has allowed me to see these people in a new light, as people with names and stories rather than just ‘homeless people,’” he said. “I think these people are all too often brushed off as a nuisance, rather than as people who deserve dignity and respect.”

When asked about how more vulnerable communities will be affected, such as the homeless population, Campuzano said, “It is a time of not knowing, but we can know our values and act out of them even in uncertain times, and that includes reaching out to those in need.”

To President A. Gabriel Esteban, Campuzano’s background in social services is essential to his position as Vice President of Mission and Ministry.

In a DePaul Newsline statement Esteban said, “As a Vincentian priest, teacher and scholar, and through his lived experience, Fr. Memo [Campuzano] has made the mission central to his life. His theological knowledge combined with his passion for DePaul will enable and inspire the university community to continue to put our mission and values into practice.”

For Campuzano, this dedication began at 17 years old, when he debated whether he wanted to enter religious life as a monk or a priest while still living in Colombia. Ultimately though, it was his desire to work in social services that drew him to the Vincentian order.

“When I found St. Vincent de Paul … somebody committed to the most abandoned in society, he captured my heart,” Campuzano said. “The Vincentian mission captured my spirit.”

If you or anyone you know are willing to host a student, or are a DePaul student in need of housing, contact Emily Edwards, the Chicago program director for DePaul USA’s Dax Program, with any questions or concerns: emily.edwards@depaulusa.org or (615) 418-8800.

Rental Assistance Rental Assistance is available for people suffering financial hardship due to a crisis such as loss of job, home fire or illness. The program is intended to allow families to maintain housing during the time it takes to regain stability.

This Google Doc provides list and contact information of those within the DePaul community who are offering to help with anyone who may be in need of housing, food, transportation or other necessities.