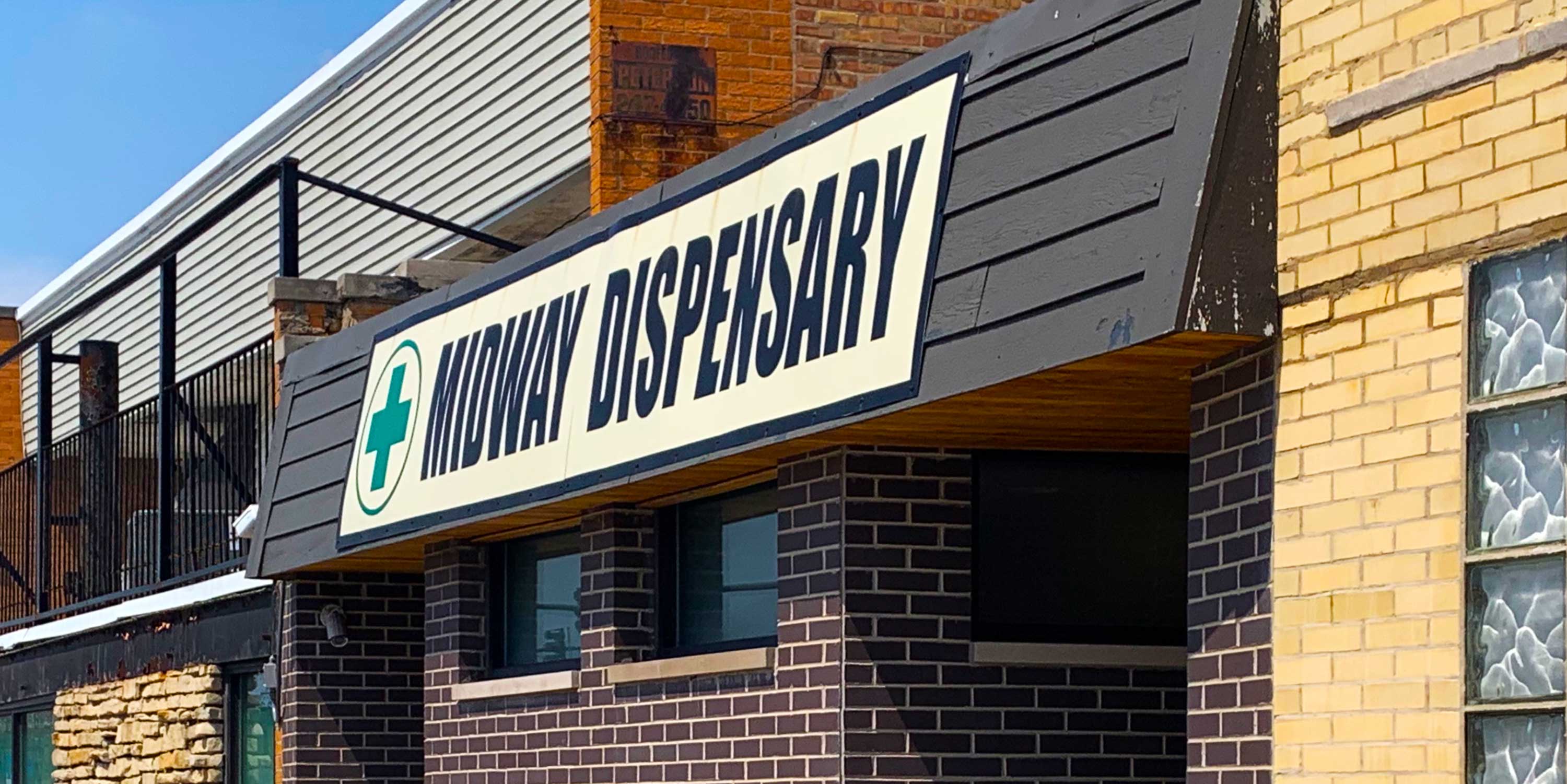 Illinois cannabis sales in April were the highest-earning month for the state since January. 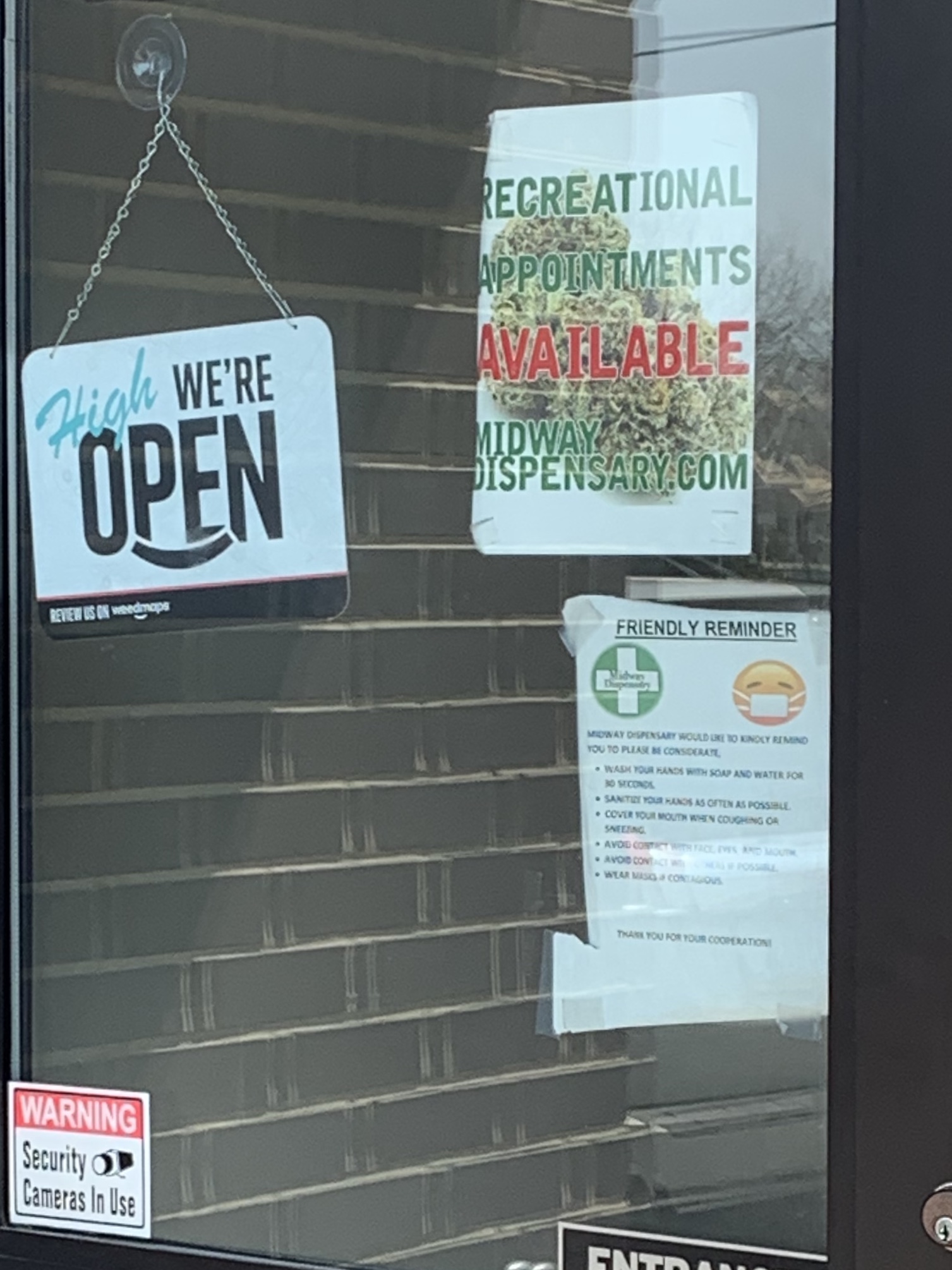 The Illinois Department of Financial and Professional Regulation (IDFPR) issued a statement outlining the adjustments made during the pandemic.

“Dispensaries are permitted to sell medical cannabis outside of their limited access area on their property or on a public walkway or curb adjacent to the dispensary … To ensure medical users are able to access the product they need during the ongoing COVID-19 pandemic, curbside pickup will remain an option for medical patients through April 30th …These rules do not apply to adult-use cannabis sales; those must still take place inside the limited access area.”

Since Pritziker extended the stay-at-home order until May 29, curbside pickup was extended until May 30 for those with a medical card.

Cannabis dispensaries are adjusting to the pandemic by offering recreational online orders, individual appointments and curbside pick-up for medical sales.

“I went to Sunnyside and they only take online orders,” said Chicago resident Tyler Wildt. “It’s actually really clever. After they hit a certain threshold they cut off online ordering for adult use. That way they can control how many people gather.” 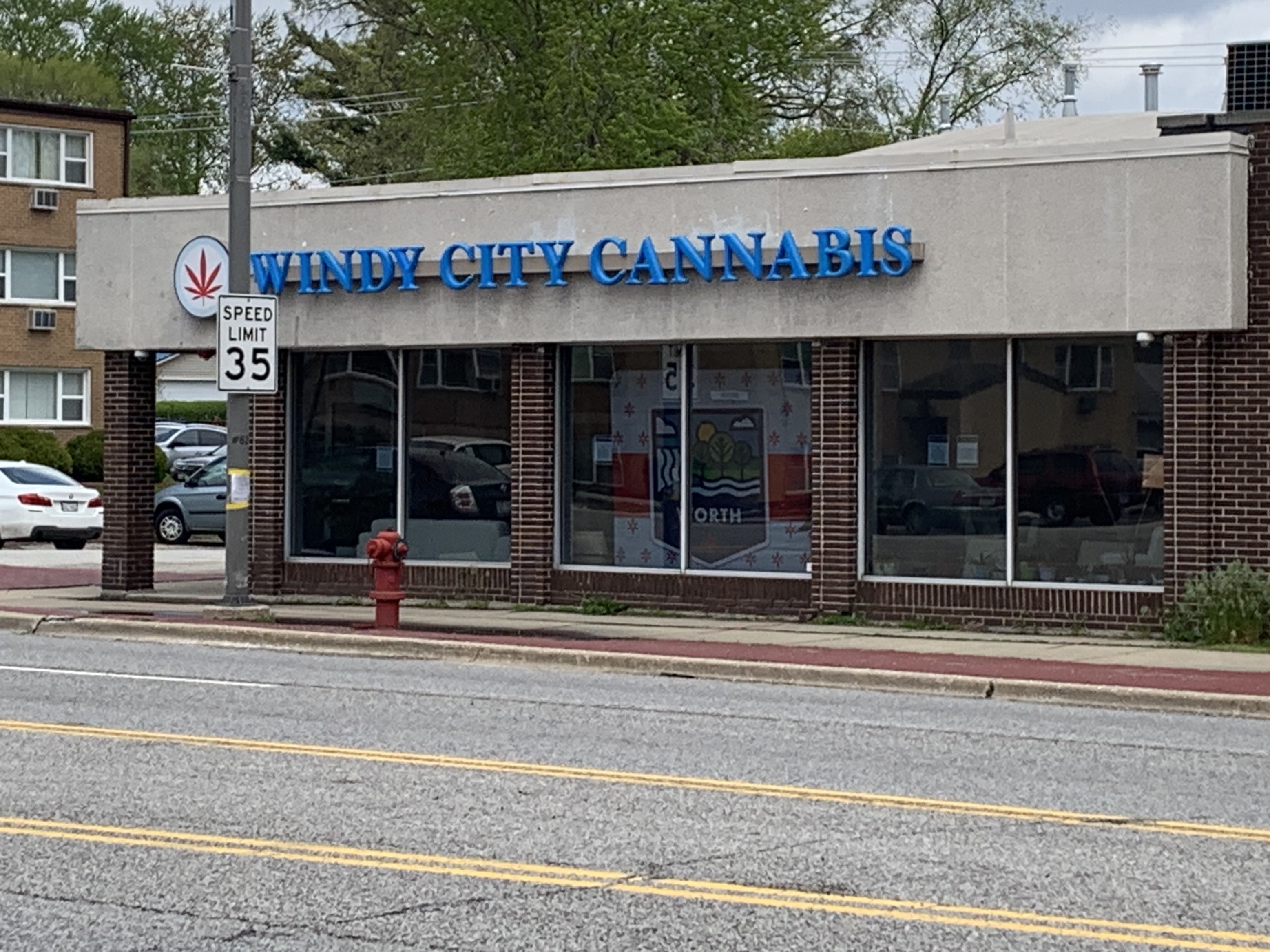 Windy City Cannabis has four locations in the south Chicago suburbs. They released a statement on their website regarding the measures taken to ensure customer safety during the pandemic:

“In addition to practicing meticulous hand washing on a frequent basis, we are wiping down surfaces, door handles, and other high traffic areas with disinfectants on an hourly basis during hours of operation. Hand sanitizer is available in our stores. We also have instructional information from the Center for Disease Control posted throughout our Windy City Cannabis locations.”

“Everyone was very professional and amicable, but they were also very strict with social distancing,” Wildt said. “They have done a great job with it.” 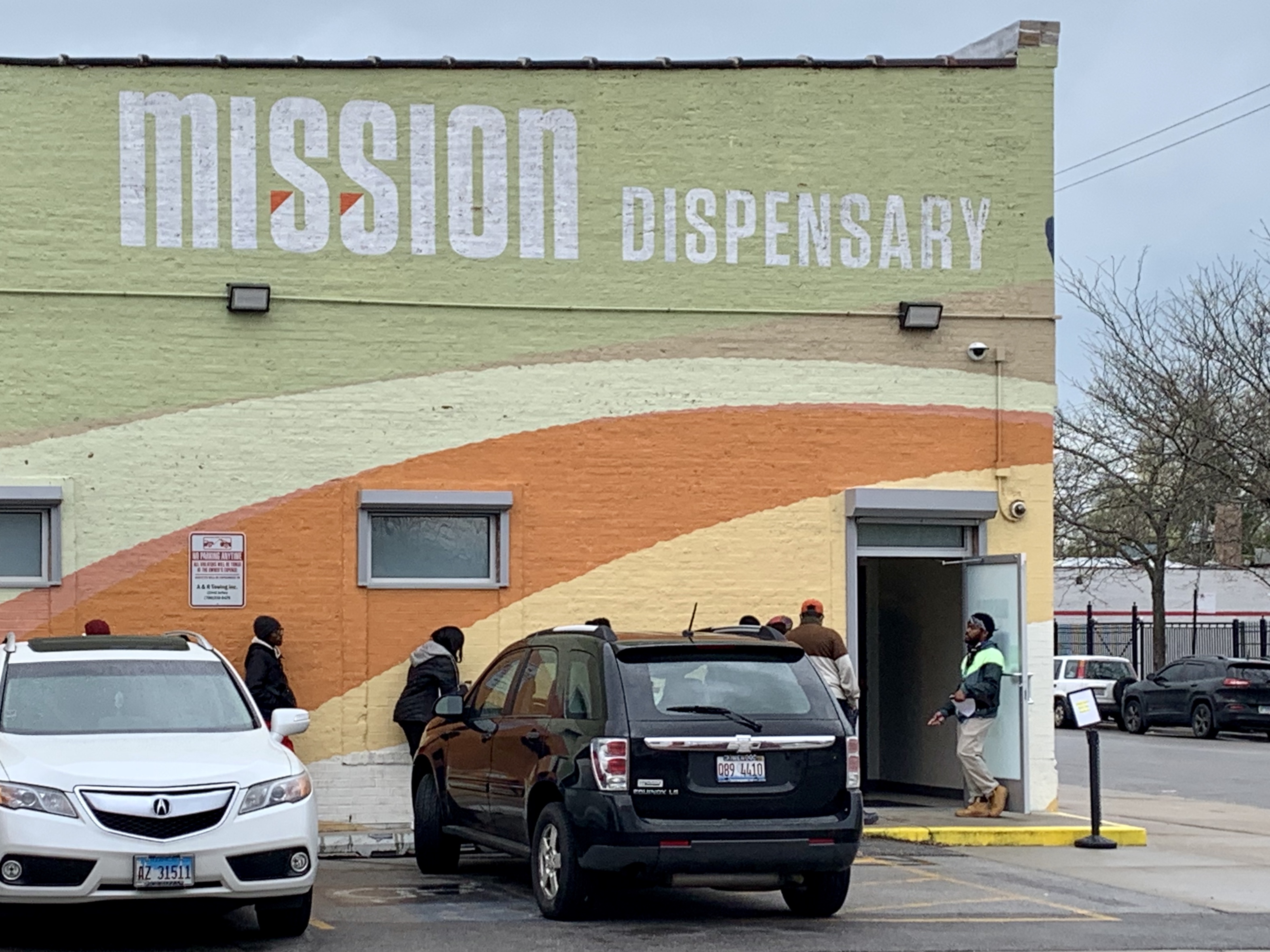 The revenue for April beat February’s almost $35 million and March’s $36 million. The best month for the state is still January, the first full month of recreational sales in the state. That month produced $39.2 million in revenue.

“Three straight months of consistent adult use cannabis sales show there is – and will continue to be – strong support and demand from consumers,” said Senior Advisor for Cannabis Control to Governor Pritzker Toi Hutchinson in a statement on April 2.

Illinois charges a tax rate based on the potency of the cannabis product. The more concentrated the THC, the higher the tax rate, according to the Cannabis Regulation and Tax Act signed by Pritzker. THC is shorthand for Tetrahydrocannabinol, the principal psychoactive constituent of cannabis.

A customer will typically pay somewhere between 19 percent and 35 percent retail tax on cannabis products, depending on the potency. 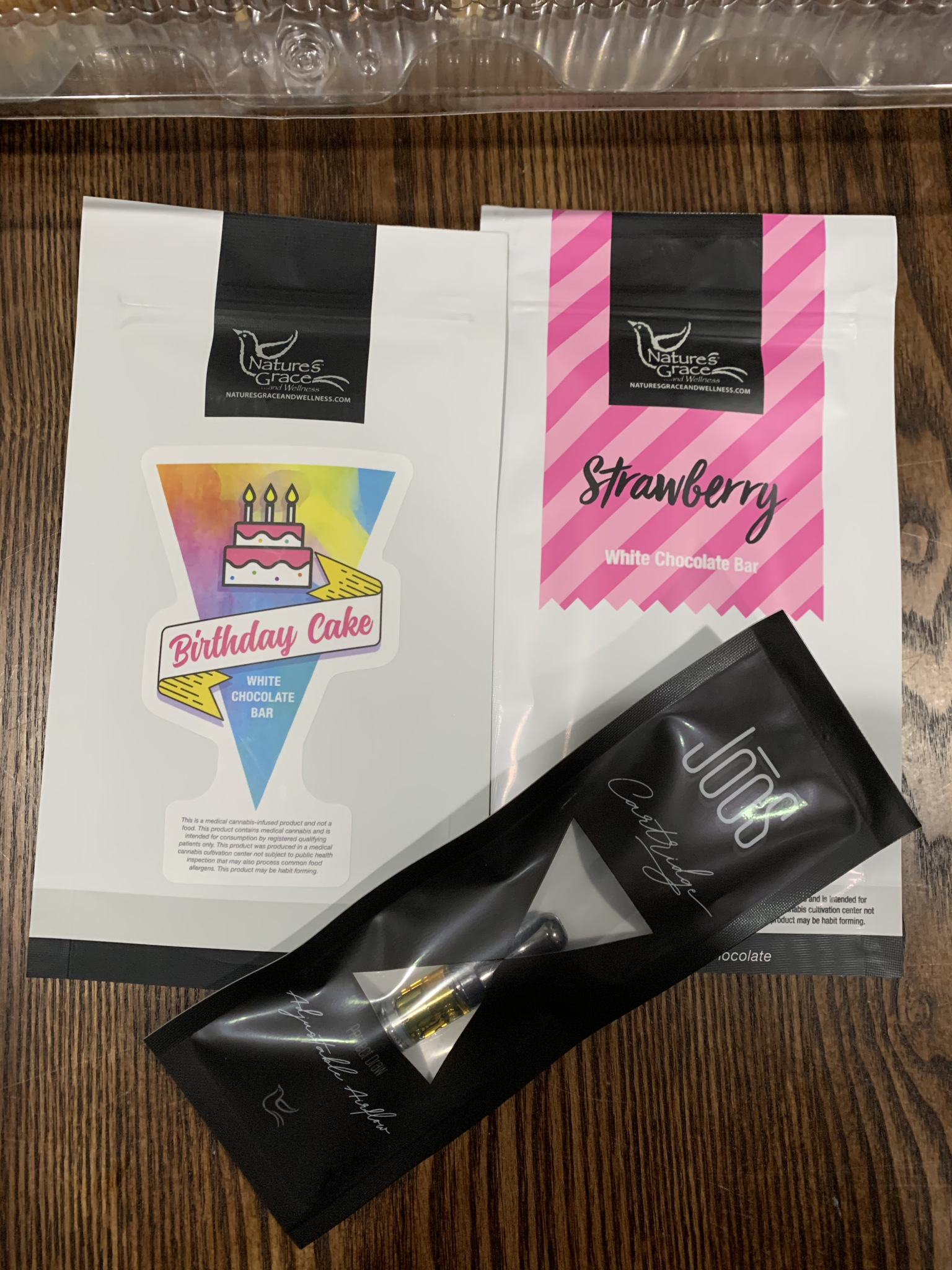 The tax revenue for Illinois cannabis sales are “outpacing what several other states received in the early months of legalization,” according to the Daily Herald in March.

For consumers, an initial issue with Illinois cannabis dispensaries was a lack of supply. Prioritizing the needs of medical patients, dispensaries quickly sold out of product for recreational use, and in the months since have started to regain some of that supply. The awarding of additional licenses to sell recreational cannabis will add to the influx of supply hopefully hitting Illinois this summer.

IDFPR’s March statement indicates revenue from cannabis sales is directed toward addressing the harm caused by the war on drugs. Historically, marijuana arrests in the U.S. have disproportionately affected Black residents. An analysis conducted by the American Civil Liberties Union (ACLU) in 2020 indicates that African Americans are arrested for violating marijuana laws four times more than whites, despite consumption being at similar rates.

“A portion of every cannabis sale will be reinvested in communities harmed most by the failed war on drugs,” according to the IDFPR. “Additionally, the revenue generated by adult use cannabis sales funds the important social justice and equity goals at the core of Illinois’ adult-use law.”

Some Illinoisians, like residents in Chicago’s Austin neighborhood, expressed concern before recreational marijuana was legalized, that the revenue would only benefit dispensary owners, who are primarily white. The complicated law and rules to apply to own a dispensary could detract non industry people from investing. Though some officials urged residents to consider employment as a way to benefit from the booming industry.

Since legalization, some companies have taken steps toward making the industry more equitable. Nature’s Care Company, a dispensary in Illinois, signed a community benefits agreement in March with the Cannabis Equity Illinois Coalition to commit to stricter hiring standards, including hiring 75 percent of its employees from disproportionately impacted areas and providing living wages. The agreement also requires the company to host “know your rights” educational events and participate in National Expungement Week.

When Illinois cannabis dispensaries opened for recreational sales, existing medical dispensaries were given priority to obtain licenses to sell recreational cannabis. This month, the state was supposed to announce 75 additional licenses, which were supposed to increase ownership of Black and Brown residents. However, Governor Pritzker signed an executive order to delay the awarding of the licenses until after the COVID-19 disaster proclamation, or until the IDFPR announces a new date.

According to CBS News, more than 700 applications have been submitted for the 75 licenses. Six hundred of the applications identified themselves as qualifying for social equity status, the state announced in January.

“The law gives them a pretty significant and lucrative head start on making tons of money in the first days of legalization,” Akele Parnell, an attorney with the Chicago Lawyers’ Committee for Civil Rights who is advising the Cannabis Equity Illinois Coalition, told Block Club Chicago in March. “… And that’s just an opportunity that folks, you know, Black and Brown folks like myself, won’t get, so something needed to be done. So this does begin to address that issue to make the industry a little bit more equitable now, as opposed to later.”

The IDFPR did, however, announce that the Illinois Department of Agriculture will award up to 40 infuser licenses and up to 40 craft grower licenses by July 1.

Despite being essential, cannabis dispensaries in Illinois continue to feel the effects of the COVID-19 pandemic. The unexpected changes put a damper on the state’s plans to regulate the cannabis industry and repair the harm caused by the war on drugs.

Check out the map below that lists all of the current cannabis dispensaries in Chicago.