Artists Use Their Platform for Environmental Aware...

Artists Use Their Platform for Environmental Awareness 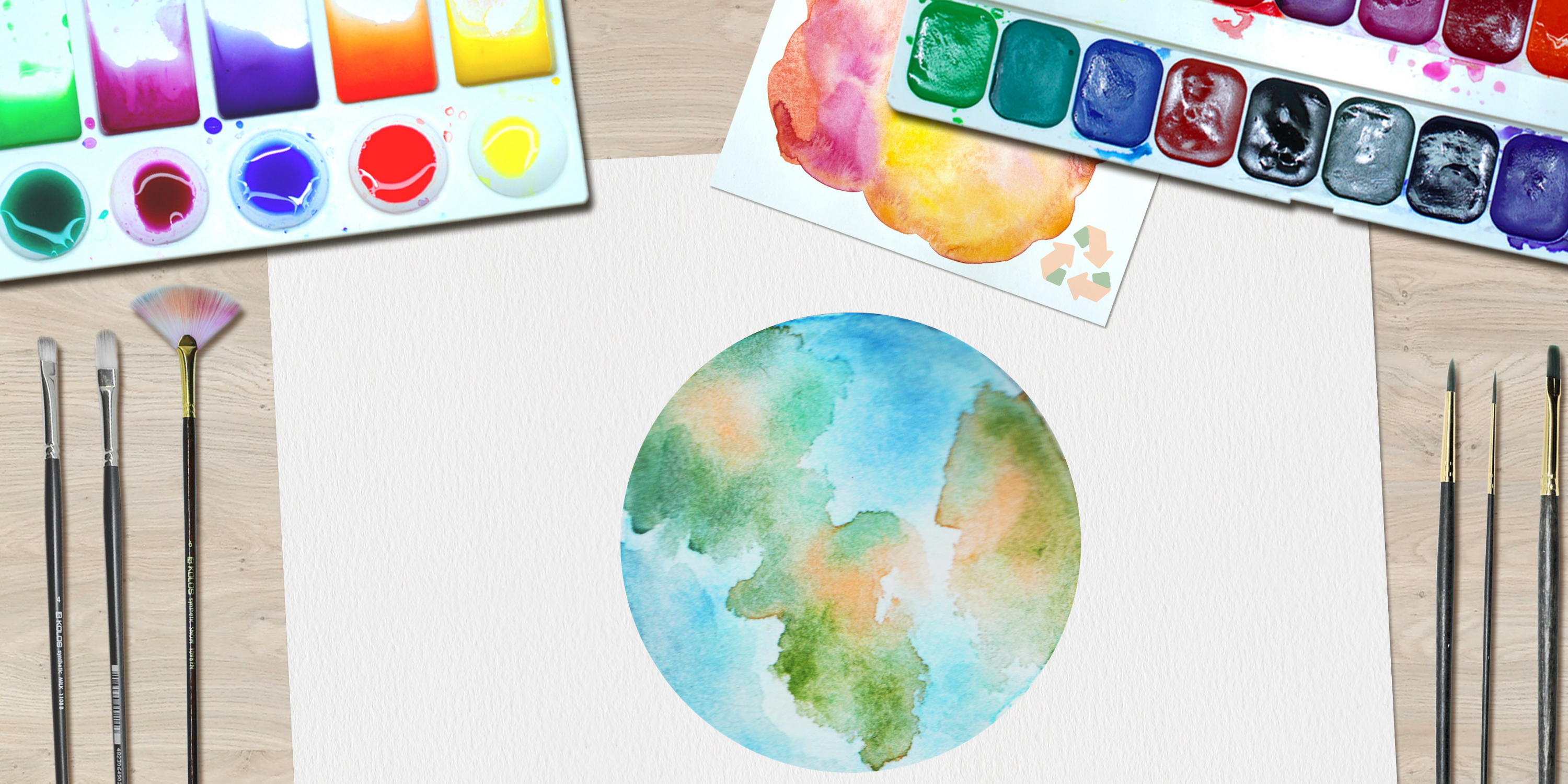 Once a student studying biochemistry, Travis Mitzel drove off to a nearby Illinois forest preserve one sunny afternoon, hoping to escape the bright lights and noisy streets of Chicago to find solace in pristine nature. However, Mitzel soon realized that this pristine image of nature was almost impossible to come by – the roads themselves, which served as a pathway for Mitzel’s car to reach this destination, degraded all aspirations of finding this ideal pristine nature — untouched by humans.

The man-made roads, trails of plastic bottles and crumpled up Snickers bar wrappers residing near the trees and creeks further erased any ideas Mitzel once had of pristine. It was then that he ditched the science books, took to his camera and began expressing the existential doom that now flooded his mind. Mitzel began to speak about the current ecological crisis through a creative lens often referred to as eco-art.

Eco-art, or ecological art, refers to a genre of art that seeks to incorporate environmental themes or images to life through art. In fact, this type of art is said to go back to primitive times with well-documented cave paintings and drawings depicting ancient environments.

While environmental art is not necessarily a new trend, the context in which it lives on has changed. The rise of modern eco-art increased in the late 20th and early 21st centuries, paralleling rising global temperatures, scientific information and increased risk regarding climate change.

More specifically, recent eco-art has grown to show the ways in which humans are impacting the environment. With carbon dioxide levels exceeding planetary thresholds, the United Nations (UN) finding of 1 million species at risk of extinction and climate change marches happening globally, the state of the environment is an extremely concerning issue.

Artists have begun creating works that demonstrate a diverse number of environmental issues, and use their creative platforms to draw attention to the ecological crisis we currently face.

“While science is important, a lot of the public is not scientifically literate. With art, I can reach people who would be in the dark or totally isolated from this content otherwise,” said Mitzel, who recently graduated with a master’s degree from the School of the Art Institute of Chicago.

According to a recent study by the Pew Research Center, only about 39 percent of Americans have what is considered to be “high science knowledge,” according to an 11-question science test that included questions regarding environmental science.

However, the number of people who were deemed to have decent scientific knowledge was significantly higher for white respondents with post-high school degrees. People of color and those who obtained only a high school degree or less were far less scientifically literate in comparison to the former group.

“I see art as one of the languages I speak through. It can motivate action more than just words. I can present information more that is more subverted, and that information can subconsciously sway the way people see the world around them,” says Abdullah Quick, a Chicago-based art student and freelance multimedia artist.

Growing up in Chicago, Quick began using his creative skills to bring awareness to environmental justice issues that hit close to home.

As he became more involved with his photography, his long-time interest in nature led him to notice differences in various parts of the city. Using drone footage, Quick was able to further notice the disproportionate amount of industrial plants and waste dumpsites that reside on the South and West sides of Chicago.

The tendency of industry to settle in Chicago’s South Side neighborhoods is not something new, or coincidental in Chicago. In fact, landfills, hazardous waste sites and other industrial facilities are most often located in communities of color and low-income areas.

Many South Side Chicago neighborhoods such as Little Village, Pilsen and Brighton Park are surrounded by the South Branch industrial corridor, which has been the hub of dirty industries such as coal plants, manufacturing plants and other industrial facilities that have had a lasting imprint on the communities they entrap.

“I brought this information together and gathered it into visual data by overlaying some of the maps and statistics I found from my research over images that I took with my drone,” said Quick.

His reasoning behind his version of eco-art is passion. “The more that we can get this information in front of the public and people that can make change, the more likely that change is to come,” he says.

Influencing others to take action

Quick, like many other eco-artists, sees this work as influencing people of the younger generation that will be in power someday soon. He says he wishes to see future change makers who can put policies in place that prevent the issues he is currently focusing on from reoccurring.

More recent eco-art has sparked public attention to issues such as climate change. During the UN Framework Convention on Climate Change in Paris, famous artists including Olafur Eliasson displayed works throughout Paris in order to encourage the public and policy makers to take climate action.

Eliasson created a piece that sparked major media attention and highlighted the effects of climate change in the Arctic. He imported a mass block of ice from Greenland to Paris, sculpting the ice into pieces and placing them in a circle at the Place du Panthéon, in a popular exhibition called Ice Watch. The ice slowly melted over time, illustrating the effects of glacial retreat due to rising global temperatures.

“People who write poetry, literature and even creative non-fiction can be lumped together into this category of eco-art, and all of it attempts to get us to think about what we’re in the midst of right now,” said Randall Honold, a professor of environmental science and studies at DePaul University.

Honold explains the need for climate change and environmental issues to become integrated into everyday life. He says that the more people see environmental realities intersected with art, theater and even advertisements, the more likely people will be to pay attention.

Both Quick and Mitzel had their work recently published in the winter volume of Minding Nature magazine. The publication shared different pieces of art, literature and poetry regarding issues such as climate change, species extinction, environmental racism and ideas of pristine nature.

Although pristine nature may be non-existent in the context of present-day, Mitzel is coming to terms with our ecological reality through his creative work. He recently purchased 250 pounds of coal online, which shipped to his small Chicago apartment via mail.

In a work he titled “Carbon Sequestration,” he says, “I realized I can just buy coal and put it to creative use — It’s a hell of a lot better than burning it.”