What Could Community Control of the Police Look Li...

What Could Community Control of the Police Look Like in Chicago? 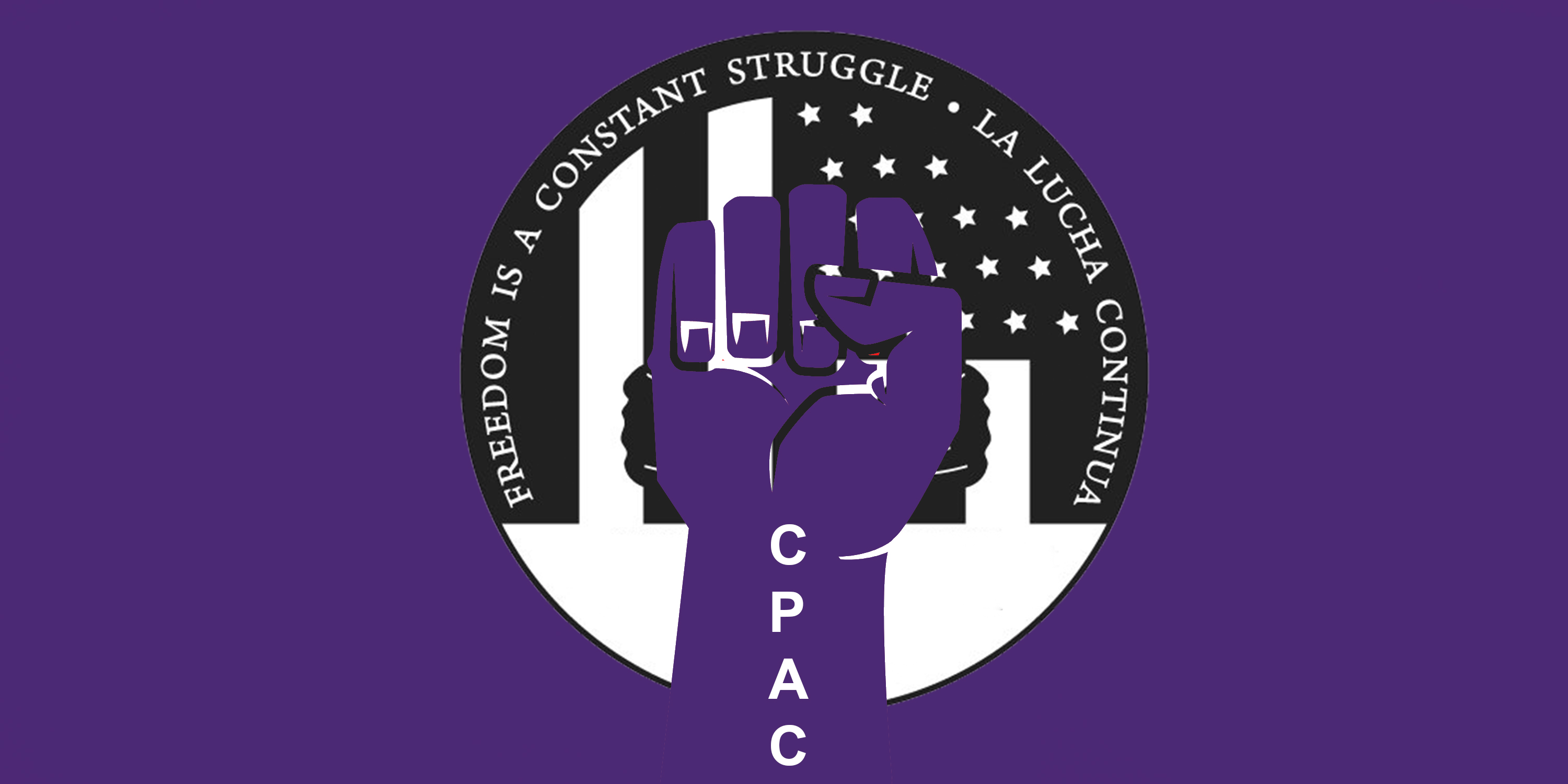 Editors note: this piece has interactive audio elements. Listen to them by clicking the highlighted text.


After a summer of police violence and protests calling for abolition and community control of the police, amid decades of police torture, murder cover ups and acts of violence disproportionately against Black Chicagoans, activists are calling for ground-up accountability in city council.

Legislation establishing the Civilian Police Accountability Council (CPAC) was one of the many demands of protesters this past summer. Now sitting in the city council’s Committee on Public Safety, the CPAC ordinance would establish community control of the police through a democratically elected board, with one member for every two police districts.

The CPAC ordinance was introduced by Alderman Carlos Ramirez-Rosa (35th) in October 2019. He introduced city council’s first CPAC plan in 2016, which was rejected by city council in 2018.

Unlike past police reforms that critics say reinforce policing — like funneling more money into CPD’s $1.65 billion police budget for training and technology — CPAC restructures the whole system of accountability, putting it in the hands of community members. The legislation was drafted by the Chicago Alliance Against Racism and Political Repression (CAARPR) that has been working on legislation like CPAC since the 1970s.

“The police will be held accountable by giving power to the community. And giving real power — not just oversight, not the body cam argument of having more surveillance on police — but having real power to interrupt the current structure that police are allowed to operate within, which is impunity,” said Julia Cary, a member of CAARPR.

“When people have control over the police, and the police are held accountable, Black and Brown, poor, queer, gender nonconforming people, Indigenous people, people who don’t have papers, immigrants… all of those people can then live a life with a higher level of safety.”

The proposed board would be made up of elected community members for four-year terms. Members would be required to have at least two years of experience in activist, organizing or civil rights work protecting the rights of those who have faced police brutality.

“The police will be held accountable by giving power to the community,” said Cary.

The board would have the power to write and determine policy for CPD, and hire or fire the police superintendent, police board and the chief administrator of the Civilian Office of Police Accountability (COPA), the independent body that reviews misconduct allegations.

“All the differences really fall under one category, which is fundamentally changing where the power lies. Currently, the power lies with the mayor, and we want to put it in the hands of the people,” said Tamer Abouzeid, a staff attorney at CAIR-Chicago, who also volunteers with CAARPR and Chicago Democratic Socialists of America.

CPAC would also have power in the collective bargaining agreement with the Fraternal Order of Police (FOP), which has a history of protecting violent police officers, blocking reform efforts and using their contract to curb accountability. Under CPAC, the board would have to sign off on contracts before they’re enacted.

Currently, the police board, the police superintendent and COPA’s chief administrator are appointed by the mayor, which activists say creates loyalty to the mayor rather than the communities CPD is supposed to serve.

Our reporting did not find any recent instances of CPD commenting on the proposal, but Lightfoot said in a call with Block Club reporters in June that there are a “number of things that are highly concerning” about the ordinance.

In 2018, John Catanzara, who now serves as the President of the Fraternal Order of Police Lodge 7, told aldermen proposing CPAC, GAPA and two other oversight plans in 2018 that “CPAC is the worst of these four proposals. . . . The only reason you’re entertaining these ordinances is to create a buffer,” he said. “To say it’s GAPA’s fault or CPAC’s fault when there’s a problem with a police officer.”

Right now, what you have is a system that is so far removed from true accountability to the people that it doesn’t really matter what they do,” Abouzeid said.

There are currently two competing police reform attempts in city council. The Grassroots Alliance for Police Accountability, or GAPA, which Lightfoot previously supported, is pushing for a two-tiered system — a community commission, with members nominated by the mayor, and a district council, elected by the community.

GAPA works within the existing system but adds checks and balances, while CPAC would change the existing structure. GAPA, for example, would not be able to make policy changes without CPD approval.

The ordinances need 26 votes to pass, but because organizers expect Mayor Lori Lightfoot to veto city council’s ordinance, they would need a veto-proof majority in city council, or 34 votes. CPAC currently has 19 aldermen sponsors to GAPA’s 30.

Lightfoot is also expected to introduce an alternate plan that has elements of GAPA with more oversight powers in her own office, which activists say could sway aldermen supporters of GAPA.

In a public comment meeting aldermen expressed concern with how members of GAPA would be paid $12,000 yearly versus CPAC’s $118,000 full-time salary and worried that the district set up would lead to “supervotes” with less-populous districts having less say.

“Right now, what you have is a system that is so far removed from true accountability to the people that it doesn’t really matter what they do,” Abouzeid said. “The only way that we can make it truly accountable to the people is by giving the people a direct vote.”

DePaul criminology professor Xavier Perez views CPAC as a start to real change, rather than the end-all be-all of eliminating police misconduct.

“I don’t think CPAC would solve all the problems but it’s definitely a good start … to have a real voice,” he said. “In many ways they have these token voices of community members that have no power. They have no voting power. I think it would be helpful in providing some sort of oversight by residents with real power.”

But Perez feels there’s too much ingrained within CPD’s organization and culture to be able to be fixed with reforms like CPAC or GAPA.

“CPAC doesn’t improve the profession of law enforcement. It only monitors them. And so in some ways it would certainly be helpful. But in other ways I would say it’s far short if we’re going to transform policing,”  he said.

CPAC is viewed as radical in how it fully turns over the accountability structure. But the organizations that back CPAC are extensive and diverse. They range from abolitionist organizations, like the Black Abolitionist Network, to groups that don’t advocate for abolition.

“If you read it and you read what it does and what it’s about, it just seems fair. It just seems like commonsensical,” Abouzeid said. “You know, when you tell people that everybody and their grandmother are appointed by the mayor, it’s like, so what’s the point? How do you have real accountability?”

Cary thinks that police violence and the response to protests have also increased the understanding of the need for civilian accountability, making CPAC’s support more prominent. In a public comment meeting October 20, every public comment was in support of CPAC.

“I think that the reason why there’re so many different types of people who support it is because it’s incredibly, incredibly clear, violently clear I would say, that the police need to be controlled,” she said. “I think the police are making it very easy for people who are not radical to see that there needs to be community control over the police.”

Abouzeid and Cary view CPAC as an abolitionist reform, although they said some organizations don’t agree.

“It is something that makes our ability to reimagine public safety, and our ability to get to that point of abolition easier,” Abouzeid said. “And obviously, everyone who advocates for abolition knows that it is not an overnight thing. Abolition is as much about the process of the steps we take to get there, as it is about the end product, right?”

Activists know that while the summer has brought an urgency for reform, accountability and change are something that’s been needed for decades.

“People are getting killed, people are getting injured, and maimed and being put in lockup for many, many hours and days and months and years. People spend years in jail, but before they even get sentenced,” Abouzeid said. “I’m not being overdramatic, that people’s lives are ruined by that policing.”