Freshman Year on Campus: Not Everything We’d Hope ...

Freshman Year on Campus: Not Everything We’d Hope It’d Be

Making new friends, partying until the late hours and exploring Chicago (while still managing to cram time in for studying) was supposed to be the first-year experience for many DePaul freshmen. Instead, we’ve swapped partying for binging shows on Netflix, and use emptying our trash as an excuse to socialize when we hear occasional murmurs from residents in the hallways.

The return to campus has not been easy. For residents, on-campus move-in day was a quick and quiet occasion. Instead of cars backing up the streets and items spilling onto the sidewalk as eager students fill bins to push into their new home for the next 10 months; we were met with quiet streets. Only  two or three students (if scheduled at the same move-in time) helped unload vehicles with their family, swiftly transporting items throughout a mostly empty hallway, not a brigade.

There has definitely been a shift in the social scene. Due to COVID-19, DePaul significantly reduced on campus housing this fall quarter, only allowing for students who demonstrated need to move in. Prior to fall move-in, Seton and Centennial Hall were shut down because students contracted the virus, further cutting down space availability. All students were placed in rooms by themselves.

This, of course, reduces any chances of students contracting the virus, but now it’s extremely hard to meet people who live on your floor. It’s even worse when you meet someone and find out that they don’t live in the same building as you. The rules set in place outline that residents aren’t allowed into other halls outside of their own. The deep realization that you only can socialize with people in public settings like the quad or the dining hall (before it closes at 8 p.m.) strip freshmen of yet another college experience.

Omotolani Idriss, a sophomore at DePaul, explained her freshman year experience. “Last year I stayed in U-Hall in a quad, which I was thankful for because, in all honesty, your roommates are your first friends,” she said. “We started out doing everything together in those first two weeks. I ended up meeting some of my closest friends in my Discover Chicago class.” 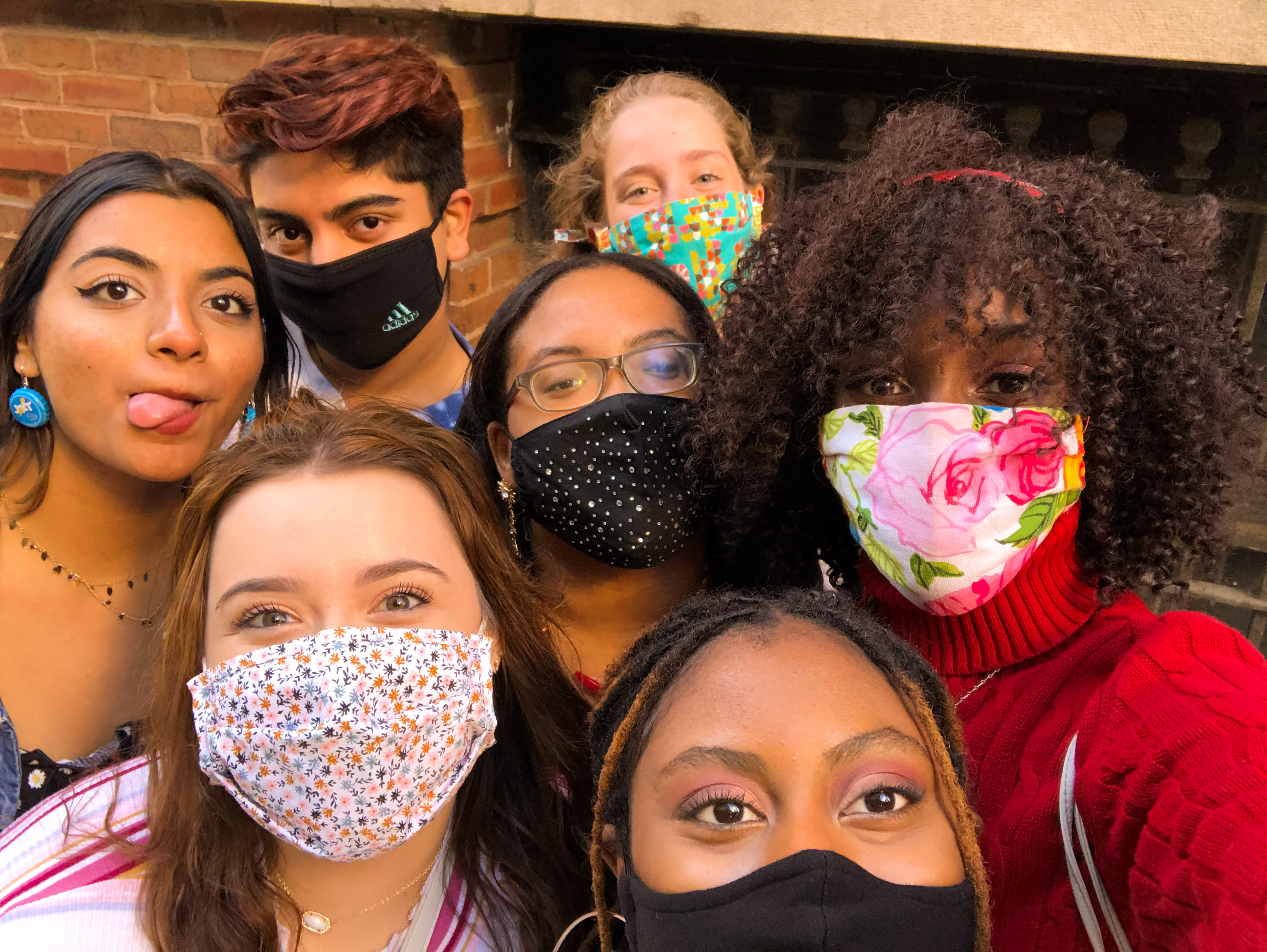 The Quad that was once bustling with new events is now filled with dog owners and students occasionally sitting in the grass to study.

“There was always something happening in the Quad — fun events practically every day. In our dorms we all hung out a lot. We’d often play board games and order food,” Idriss said.

Everything that Idriss expressed was what I was hoping my college experience would be.

I am a freshman at DePaul and live in Munroe dorm. Since I don’t have a roommate I’m forced to socialize with people on my floor. One night while I was finishing dinner, I heard people talking outside in the hall, this of course being a rarity. I decided to go out and interact the best way I knew how — by taking out my trash.

That night I met four people who also lived in Munroe.

As we began to talk, we surprisingly discovered that we had all attempted to make new friends on the floor, or at least get someone to come out of their dorm, whether it was by playing music, emptying trash or walking loudly through the halls. It was comforting to know that I wasn’t the only one who was struggling to be social given the challenges that we are facing. 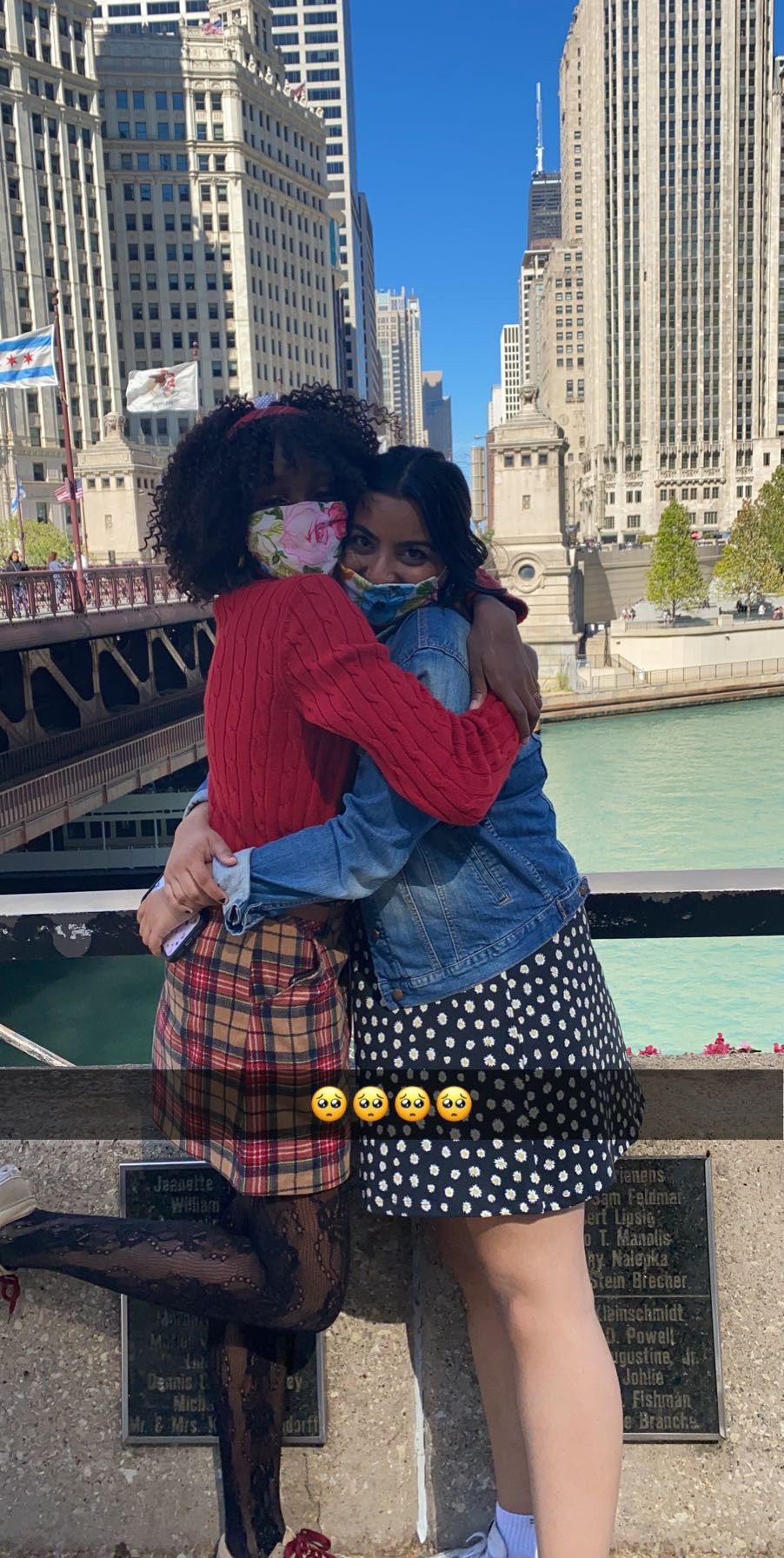 Petty-Ashmeade with one of her friends.

Gabrielle Hawkins, a freshman currently residing at Munroe Hall, said, “it’s super quiet in the dorms. It’s always a struggle to keep yourself busy when no one is around and there aren’t any events taking place.”

With most events taking place virtually it’s been difficult to stay entertained. So far I’ve done little things like going on morning walks with friends in other halls, experimenting with different thrift stores and trying different inexpensive restaurants in the neighborhood.

Additionally, because of the shutdowns resulting from COVID, many students didn’t have the opportunity to receive a tour, myself included. Therefore, the first two weeks were filled with me stumbling around campus attempting to make connections and a mental map of the campus in my head.

“I’m hoping that there will be more in-person classes. I already have one in my course cart. Maybe that will help bring the campus back to life,” Hawkins said

Despite everything that is taking place I’m still holding out that maybe next fall we will be able to return to some extent of normal. Hopefully, for us freshmen, we’ll be able to go back and do the events we missed out on.