France’s Policies About Islam Lead To a Strained R... 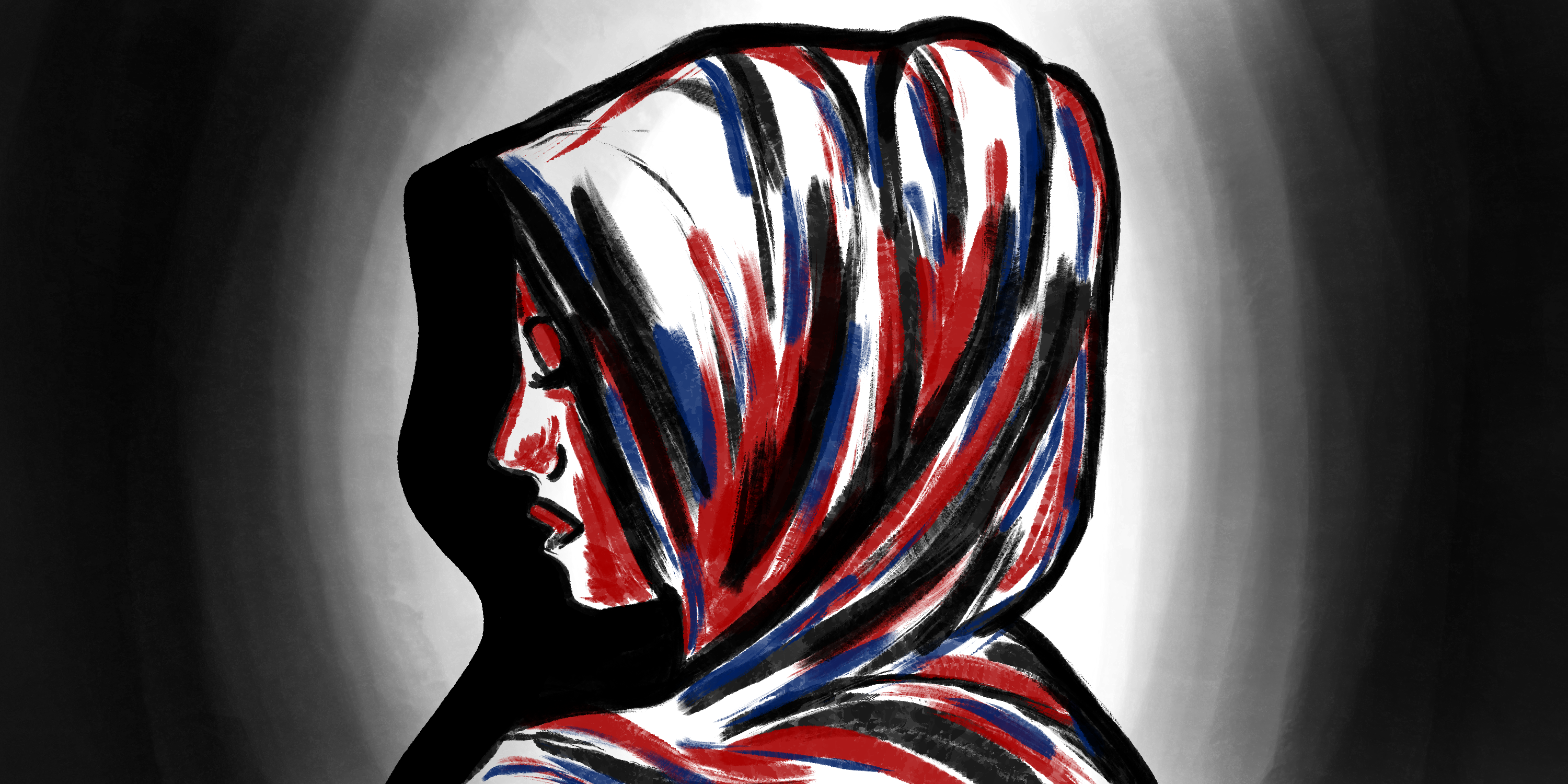 On October 5, Samuel Paty, a French middle school teacher in the Eragny Conflans-Sainte-Honorine area, a suburb 19 miles outside of Paris, was teaching a class on freedom of expression when he allegedly asked his Muslim students to leave the classroom. When one student refused to leave, Paty stated the photo he would show would shock and offend them. He then proceeded to show the Charlie Hebdo comic that featured a naked picture of the Prophet Muhammed, an act considered blasphemy under Islam.

On October 16, Paty was decapitated near a school by 18-year-old Abdoullakh Anzorov. Anzororv was gunned down by French police shortly after they arrived. French president Emmanuel Macron also arrived at the scene and declared to the press it was a “a terrorist, Islamist attack.” Immediately, Paty became a national symbol, a victim for exercising free speech and a catalyst for the continued growth of Islamophobia in France.

Buraq Sukhera talks about portrayals of Muslims in the news

The extent of Islamophobia occurring after Paty’s death in France escalated on October 28, when @muslim, a popular Islamic news-focused Instagram account for Gen Z Muslims, posted a roundup infographic about how Muslim countries had reponded to France’s actions and Macron’s refusal to apologize for his comments. The post went viral, with many comments expressing shock, dread and outrage at the lack of coverage.

Since 2012, there have been at least 260 French deaths echoing circumstances similar to Paty’s. The most prominent attack occurred at the Paris office of Charlie Hebdo in January 2015, when 12 people were killed in a terrorist attack after the satirical magazine published caricatures of the Prophet Muhammed. A policewoman and four other people in a nearby Jewish supermarket also died during the same attack.

The reaction from French leaders to attacks by Islamic actors has been to condemn Islam as a whole rather than the terrorist. This is an action many Muslims find problematic, drawing similarities to 9/11 and how the “War on Terror” led to the collapse of the Middle East and various Islam-centric countries.

“As a recent convert to Islam, I’ve noticed the Islamophobia that many individuals display due to the extreme actions done by terrorist groups. I believe that condemning Islam completely is mindless because there exist Muslims that follow the Quran with good intention while others misinterpret the words of Allah (SWT),” said Ricky Rivera, a sophomore at Loyola University. “I understand the fear towards these Islamic terrorist groups, but harm can be done by anyone. All Muslims shouldn’t be suppressed because of extreme groups that are taking advantage of the Quran to commit immoral actions. The French leaders are basing their actions off of stereotypes and are closed minded for doing so.”

Since the attacks, France has asked the French Council of Muslim Worship (CFCM) to create a charter “of republican values,” requiring CFCM to state “Islam is an apolitical religion,” a move that has been criticized by the Council on American-Islamic Relations (CAIR). A charter of republic values would be created as part of the ultimatum which includes the removal of foreign involvement in mosques. The creation of a “National Council of Imams” was agreed upon by Macron and CFCM and will require some imams to be fluent in French, depending on their roles. France will also be ending its practice of allowing 300 foreign imams to enter the country each year. Currently, teachers are sent to France from Algeria, Turkey, Morocco and six other nations to educate students who are originally from these countries without interference from French officials. Following new agreements with each nation except for Turkey, French officials will now have control over the curriculum to prevent separatism.

Labiba Mehmood, a senior at University of Minnesota, said that the trend of blaming an entire religion for the acts of few is a form of Islamophobia.

“Growing up, I always thought of France — and particularly Paris — as this magical, aspirational place that I wanted to see and visit one day. As an adult, it’s a little disappointing to see the trend of where France is going in regard to their attitude towards Muslims and Islam through blatant Islamaphobia,” said Mehmood.

Just days prior to Paty’s death, Macron gave an anticipated speech in which he stated Islam was a “in a crisis,” and needed reforming in order to become an “Islam of France” that lined up with the country’s secular values. His comments were met with criticism from the Muslim community almost immediately. Mehreen Khan, The Financial Times’ European correspondent, published an op-ed criticizing Macron’s comments and policies. The op-ed was later removed by The Financial Times and replaced with Macron’s response.

Amber Malik, a senior at DePaul University, has visited and studied in France numerous times as a French studies major. Malik has long had hopes of moving there after graduation, but now she’s rethinking her plans following Macron’s statements.

“Macron is a literal leader of an entire nation and this is unacceptable from him. Because at this point, he is inciting hate and creating rage and it’s similar to what we’ve seen before in the U.S, especially after 9/11,” said Malik. “As someone who has considered moving to France after graduation, who is Muslim, I worry about my safety.”

Macron’s comments ignited a furious response from a variety of Muslim countries. One of the most prominent pushbacks came from President Recep Tayyip Erdoğan of Turkey who asked Macron to conduct a “mental check” for his comments. Since their original exchange of words, Turkey and France have gone back and forth multiple times and most recently, France recalled their ambassador to Turkey because of the debate.

Turkey, along with countries including Saudi Arabia, Pakistan and Bangladesh, have all asked for a boycott of French products. Macron has referred to the boycott as a blackmail tactic, but for some Muslims, the boycott was a way to protest globally.

Buraq Sukhera is an athletic director at MCC College Prep, an Islamic school located in Morton Grove, Illinois. Sukhera is also the host of a podcast called BuraqCast, which began as a way to talk about his passions and featured other creators from the Chicagoland area. During Ramadan, the Islamic month of fasting, Sukhera began focusing on Muslim creators, giving an already underrepresented community a voice. Sukhera encouraged his followers to participate in the boycott.

Muslim political leaders like Pakistan’s Prime Minister Imran Khan publicly criticized Macron’s approach to handling Paty’s death, tweeting, “it is unfortunate Macron has chose to encourage Islamophobia by attacking Islam rather than the terrorists who carry out violence. Public statements based on ignorance will create more hate, Islamophobia and space for extremists.”

France has responded by introducing an anti-separatism bill titled “reinforcing republican principles” which is meant to free France from religious extremism. Although French officials have stated the bill is not targeted towards Muslims, the bill will establish state control over Islam and includes sanctions such as prohibiting civil servants from wearing hijabs and banning Islamic schools. Macron has said that school is one of the foundations for learning about secularism and religion should not be included. The proposed policy has been equated to being Islamophobic because Catholic and Jewish schools are still allowed to operate under the bill.

Macron’s interior minister, Gérald Darmanin stated that halal and kosher aisles are a sign of separatism and suggested they be removed from supermarkets. French secularism, first placed into law in 1905, has been controversial and is often equated to religious intolerance and discrimination. Controversy first arose when the National Front, a far-right nationalistic party, was formed in 1972 and focused on anti-immigrant sentiments towards Jewish immigrants from Arab countries. Under secularist law, no religion is recognized or encouraged by the government. Despite this belief, Muslims have felt singled out under the law.

Following the statements from Macron’s administration, CAIR has advised Muslims against traveling to France, which is one of the largest markets for European tourism and generated 198.3 billion euros in 2016 ($214 billion USD).

“When you don’t have that type of tourism coming in from all parts of the world, you’re essentially segmenting off the Middle East which is a huge population,” said DePaul political science major Sokol Delisi. “I don’t think economically that is smart for France to do or essentially any country to do.”

Paty’s death and the comments by Macron heightened the fears of Muslims living in France. Those fears became a reality when on October 18 two Muslim women were stabbed outside the Eiffel Tower, called slurs and had their hijabs were pulled off. Two French women were charged with assault.

Sukhera talks about the selective inclusion of Muslims’ religion in media

Mehmood, who is a practicing hijabi, is worried about the increasing restrictions on the practice of Islam across the world. In many places, including France, the hijab is banned for public officials to wear.

“If these huge countries like Canada, Australia and France are moving towards this negative mindset towards Muslims, what does this mean for the rest of the world, what does this look like for people who look like me?” said Mehmood.

Macron’s comments have been referred to by some as an election tactic to pander to right-leaning voters as he is up for reelection in one and half years. Although he was once considered a “modern, liberal president,” Macron’s party has shifted noticeably right throughout his term. A 2018 poll stated 80 percent of French people supported the expulsion of “radicalized foreigners” and Macron was criticized for not taking a harsher approach to stopping the spread of “Radical Islam” at that time.

“Time and time again, we’ve seen this throughout the whole world. We can even relate this to American politics, and the demagoguery of a certain group,” said Delisi. “It’s a big election tactic because what it does is it essentially coalesces a certain segment of the population. And the electorate can pin point on one person or one group.”

Macron has said he will continue to defend the freedom of expression and French secularism by allowing imagery of the Prophet Muhammed, but some Muslims believe secularism is being used as a tool to suppress Islamic beliefs and are being targeted under the law.

“I don’t think this is simple as, ‘Oh, this is freedom of speech.’” said Malik. “This is a discussion of someone using his privilege to incite hate in a community that is already polarized.”