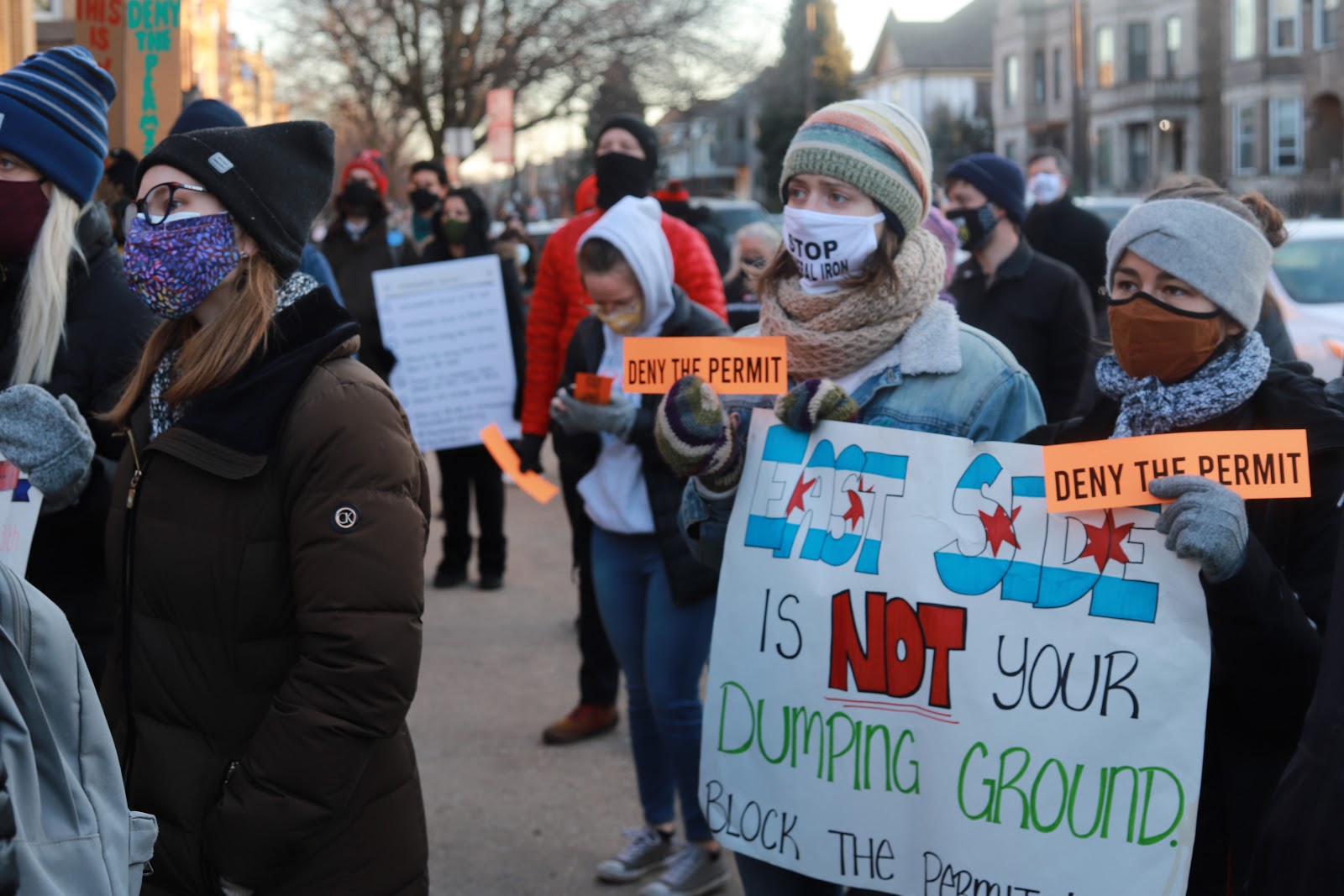 How does General Iron play into larger patterns of the city’s environmental burden?

On May 7, the head of the Environmental Protection Agency wrote to Mayor Lori Lightfoot in a letter, expressing concerns about environmental justice related to General Iron — the controversial metal-shredding facility that plans to relocate to the city’s Southeast Side.

EPA Administrator Michael Regan urged the city to delay a decision on the permit needed for the facility’s move and to conduct a “robust analysis” into the environmental impact of its relocation to a community “already overburdened by pollution.”

“Substantial data indicate the current conditions facing Chicago’s Southeast Side epitomize the problem of environmental injustice, resulting from more than a half century of prior actions,” wrote Regan. “This neighborhood currently ranks at the highest levels for many pollution indicators.”

In response to the EPA’s request, Lightfoot agreed to delay the permit decision until a thorough pollution assessment can be completed.

Yet, the debate surrounding General Iron is just one example in recent months of the alarming evidence of environmental injustice in the city.

Just last year, the demolition of an old coal plant in Little Village covered the majority Latino neighborhood in a cloud of dust. The incident led to outrage from residents and activists alike, noting the unique problem with an unsafe demolition in the midst of a respiratory pandemic that has disproportionately impacted Black and Brown Chicagoans.

Environmental injustice in the city overwhelmingly impacts people of color — as neighborhoods with high populations of Black and Brown residents are consistently exposed to harmful polluting industries.

Data collected from the EPA and the National Resource Defense Council in 2018 supports this, showing that the majority of the city’s environmental hazards are concentrated in a select few minority neighborhoods, including the Southeast Side, Little Village, Pilsen and Bridgeport. The data, compiled into a map below, is based on the same EPA pollution indicators previously indicated by Regan combined with various sociodemographic factors, like the percentage of low income residents, minority populations and limited-English speaking households.

Looking at both the recent examples and the data as evidence, a clear trend of environmental injustice emerges.

This trend stretches back decades, with ZIP codes made up of low income people of color historically and disproportionately being forced to bear the brunt of the city’s environmental burdens.

This racial and environmental inequality has led experts like Alec Brownlow, an associate professor of geography and sustainable development at DePaul University, to use the term “environmental racism” when describing Chicago’s history of environmental issues.

“Environmental racism is used to describe the uneven distribution of environmental burdens and or benefits among Black and Brown communities, especially in cities, largely explained by historic, and current, discriminating zoning and housing policies,” wrote Brownlow in an email.

Other experts agree. Julia Lippert, an assistant professor of health sciences at DePaul, says the issues stem far back in the city’s history.

“It’s a historical legacy, the way the city was designed and where the industrial sites are placed,” said Lippert. “If you drive down I-55, you can see all on both sides of the highway there’s coal processing plants, there’s smelters. You can sort of see this industrial corridor around the city … predominantly on the South and Southwest sides.”

Like Brownlow, Lippert attributes the problems to the city’s founding and development, with systemic discriminatory practices.

“That’s the historical legacy, the way the city was developed which is based on a lot of discrimination from redlining to even just infrastructure built to purposefully put certain populations in certain areas.”

These environmental hazards also significantly harm the quality of life for those who live near them. Acute health problems have emerged among the people who live in these communities.

“The South Side is especially afflicted by child lead poisoning, an especially worrisome issue affecting brain and neurological development in children,” wrote Brownlow. “This is due largely to the presence of nearly century-old lead water pipes serving South Side households.”

Brownlow then explained the multitude of other health problems that have been correlated with a proximity to environmental hazards like pollution. Among the health concerns he listed were cancer, lung disease and other respiratory problems.

Lippert, a public health researcher whose focus is environmental health, spoke about this lasting, negative association between environmental injustice and health.

“When you mistreat a community through environmental injustice then it can impact their health, and their access to health, and engagement in health, all across the board,” stressed Lippert.

With this understanding of the extent of environmental injustice, it appears evident to some that the mayor and other ranking officials need to intervene.

Lightfoot has announced that the city’s health department will explore the impact of pollution in cases like General Iron, and she anticipates it to be complete by the end of the year.

“The City shares the U.S. EPA’s commitment to environmental justice and public health, and we look forward to partnering with them to conduct a fair, thorough and timely health impact analysis to inform our future decision-making,” said Lightfoot in a statement.

In the meantime, experts say continued efforts on behalf of city leadership are desperately needed to lessen the environmental burden on certain communities.