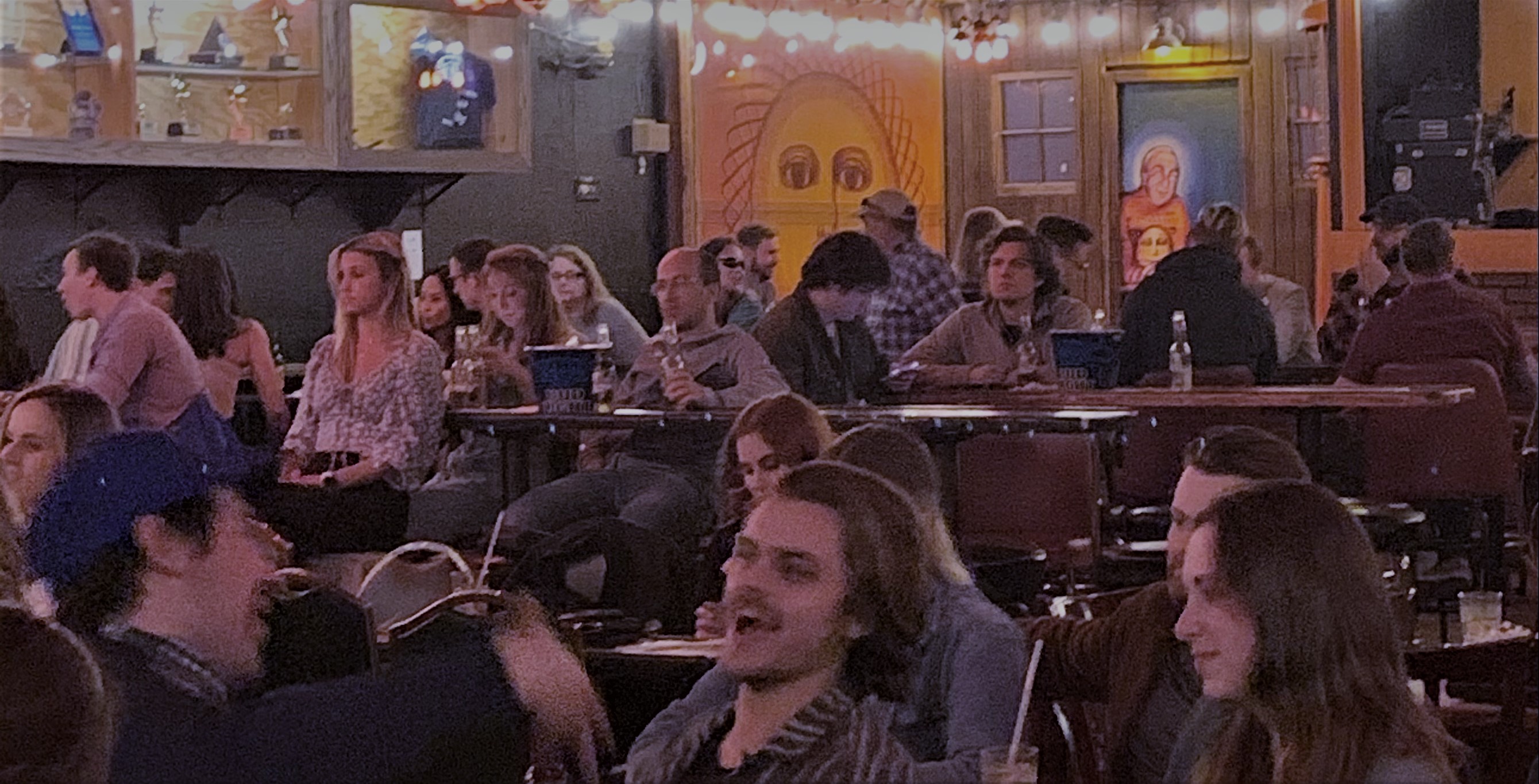 After a tough couple of years, Chicago’s iconic blues club is back on its feet with the help of their community

Chicago’s oldest, and arguably most beloved, continuously operating blues club managed to survive the COVID-19 pandemic, and the community couldn’t be happier. Known now as Kingston Mines, the club started off as the Kingston Theater showing plays, poetry readings, and folk and blues music performances.

Dr. Lenin “Doc” Pellegrino, a World War II veteran and Purple Heart recipient, obtained ownership and founded Kingston Mines in 1968, deciding to dedicate the club to blues out of his love for Chicago’s music. Chicago blues icons such as Magic Slim, Sugar Blue, Koko Taylor and various others have graced the stage of the club since. (Though blues artists are not the only ones drawn to the lively atmosphere: David Bowie, The Grateful Dead and The Black Crowes were just a few of the famous patrons who came to the club for a drink and live performances.) 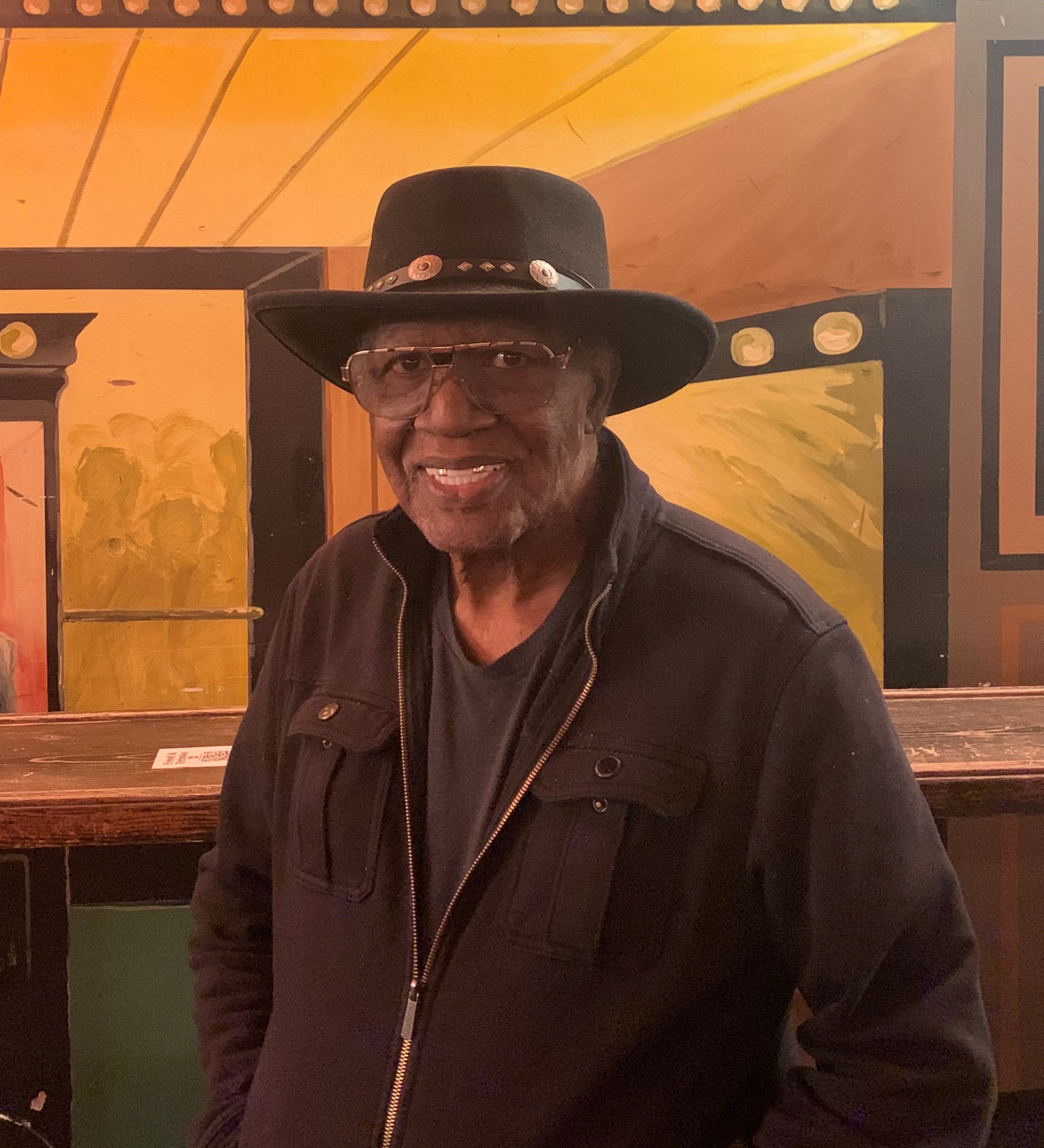 “It happens all the time where I run into people randomly who have some intrinsic connection to this place,” James Mosley, the grandson of Pellegrino, said. “It’s such a fixture in Chicago, in my opinion it’s the heart of Chicago blues, and Chicago’s known for its blues music.”

Pellegrino’s daughter, Donna, recalled the glory days of the club when, despite the lack of central air conditioning gave way to the “beastly” summer heat. “People would still line up and they’d still all be in here dancing with wall-to-wall people, you never knew who was going to come in,” she said. Pellegrino chuckled about a time she was bartending and John Entwistle, bassist of The Who, asked her, after a long night of sitting at the bar, if she would go grab breakfast with him.

The soft orange glow of the lights still create the same welcoming old school blues atmosphere. Matt Lee, a frequent patron, commented on the casual atmosphere:, “You can just go with your friends, get some drinks, it’s just addicting. I can’t stop going back.”

Since the death of Dr. Pellegrino in May of 2018, his children, Donna and Lisa Pellegrino, have f​​ought to recover from various financial difficulties; the pair are still currently caught up in probate court, leaving the club stuck in limbo.

When the COVID-19 stay at home order hit in late March 2020, it complicated the situation further. Kingston Mines tried to survive off delivery of their Southern fare, such as ribs and fried okra, but after a few weeks, realized they simply were not getting enough orders to continue. 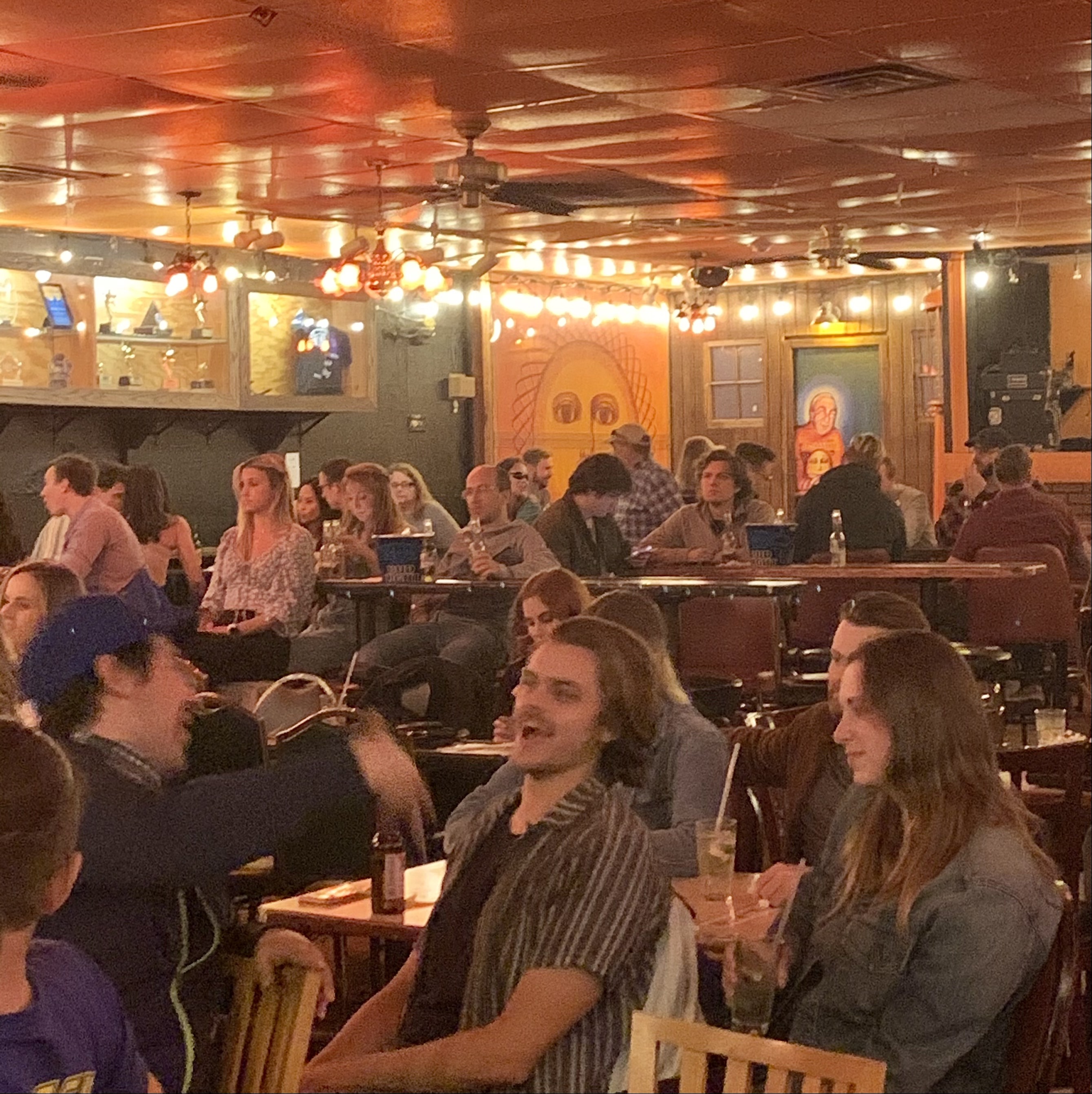 The ownership took it upon themselves to use this time to “get the place back together,” Mosley said. “Cleaning everything out, trying to rebuild older pieces of furniture and fix up equipment, basically anything that has needed to be done over the past few years, but they haven’t been able to do because [of] operating a business every day.” Unable to retain staff, the club did not qualify for the forgiveness loans being given out to small businesses during the pandemic, and the owners did not want to take on debt they knew would be a struggle to pay off. The remaining option was to turn to the community they have entertained for over 50 years.

Mosley and his wife, Laura, organized a GoFundMe titled “Save Kingston Mines!” to rally community support for this iconic venue. “Aside from it being a family issue, I really felt it was a key piece of Chicago that we needed to save,” Mosley said., “I was hoping other people would feel that way and the outpouring of support has really showed that that’s the case. People really love this institution and are willing to give even when times were tight for everyone.” After raising over $62,000, Kingston Mines was able to open its doors and let the music play once again on April 15.

Facing closure allowed the staff to see the incredible connection to the club and its impact on Chicago and the blues community. The comments section of the GoFundMe was flooded with anecdotes from people who hold memories in the club, such as engagements, special meetings and childhood traditions, all who expressed their grief over this piece of Chicago’s history potentially closing.

John McCarthy commented: “My first date with my wife, 24 years ago, started out at a Greek restaurant and ended up at Kingston Mines. The restaurant is closed and will never reopen. I don’t want that to happen to Kingston Mines. My wife passed just over a year ago. I miss her so much! I don’t want another piece of our history to disappear.” Another commenter, Barbara Leibundguth, noted, “have taken my daughter on a road trip to Chicago every year since she was a toddler… My daughter is grown now but we still make the trips… absolutely loved the acts, atmosphere and history, so wanted to say thanks for an incredible blue experience!”

Mosley recalled a classmate who shared that his parents had their first date at the bar and that he may have been conceived there, to which Mosley laughed, admitting, “We don’t encourage that, but it’s not unheard of.”

The charm of this Chicago gem is found in its balance between its high-quality, classic blues music and old-school club atmosphere. “It’s such an interesting experience, that’s why I love it,” Lee said. Mosely chuckled as he said, “We managed to balance that well and keeping that feel of a blues club as opposed to going downtown to Corporate-R-Us and getting a drink there, which is fine if you want stainless steel, perfectly polished everything, but if you want a little grunge and a little hole in the wall feel, Kingston Mines has that for you.”