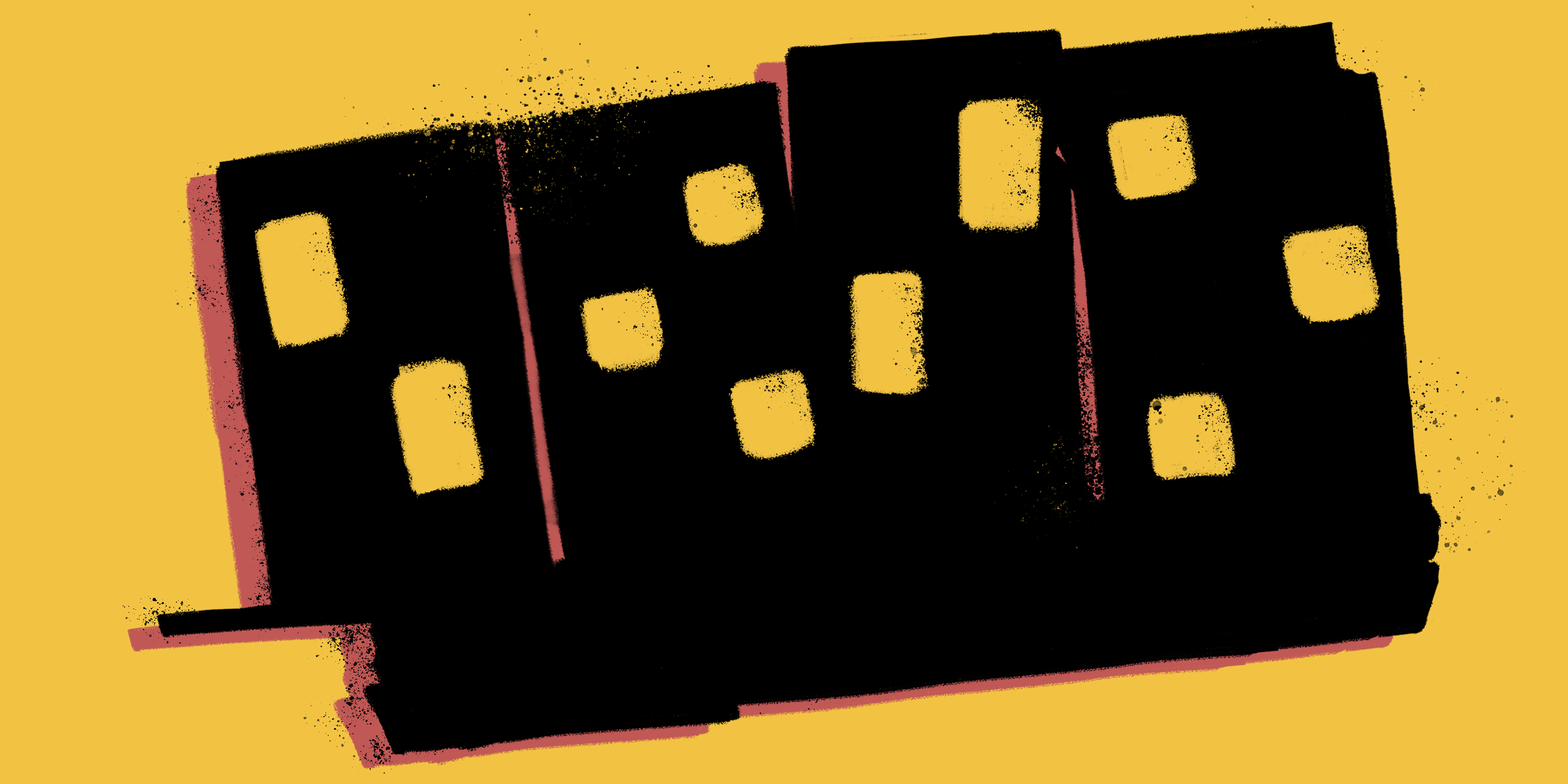 The theater scene in Chicago is back with the musical Rent, which started the week of October 3 at the CIBC Theater. Rent details the story of a group of young artists in New York City under the looming HIV/AIDS crisis of the late ‘80s and early ‘90s. I have always loved musicals and was lucky enough to attend Rent. The last musical I attended was Les Misérables in July of 2019 and I was itching to get back to the theater.

I was not disappointed; the musical was everything I could have wished for and more. While my experience was similar to those of previous musicals I attended, this of course came with one caveat — protocols to stop the spread of COVID-19. If you have been to any large events in recent months, you are probably familiar with the protocols in place. At the door, we were required to show a government-issued ID and proof of vaccination; both the physical card and digital copy sufficed. Upon entering the theater, everyone had to keep their masks on unless they were eating or drinking. There was a bar and concession stand available to the audience. The actors themselves — who did not wear masks — were wonderful throughout the whole performance. 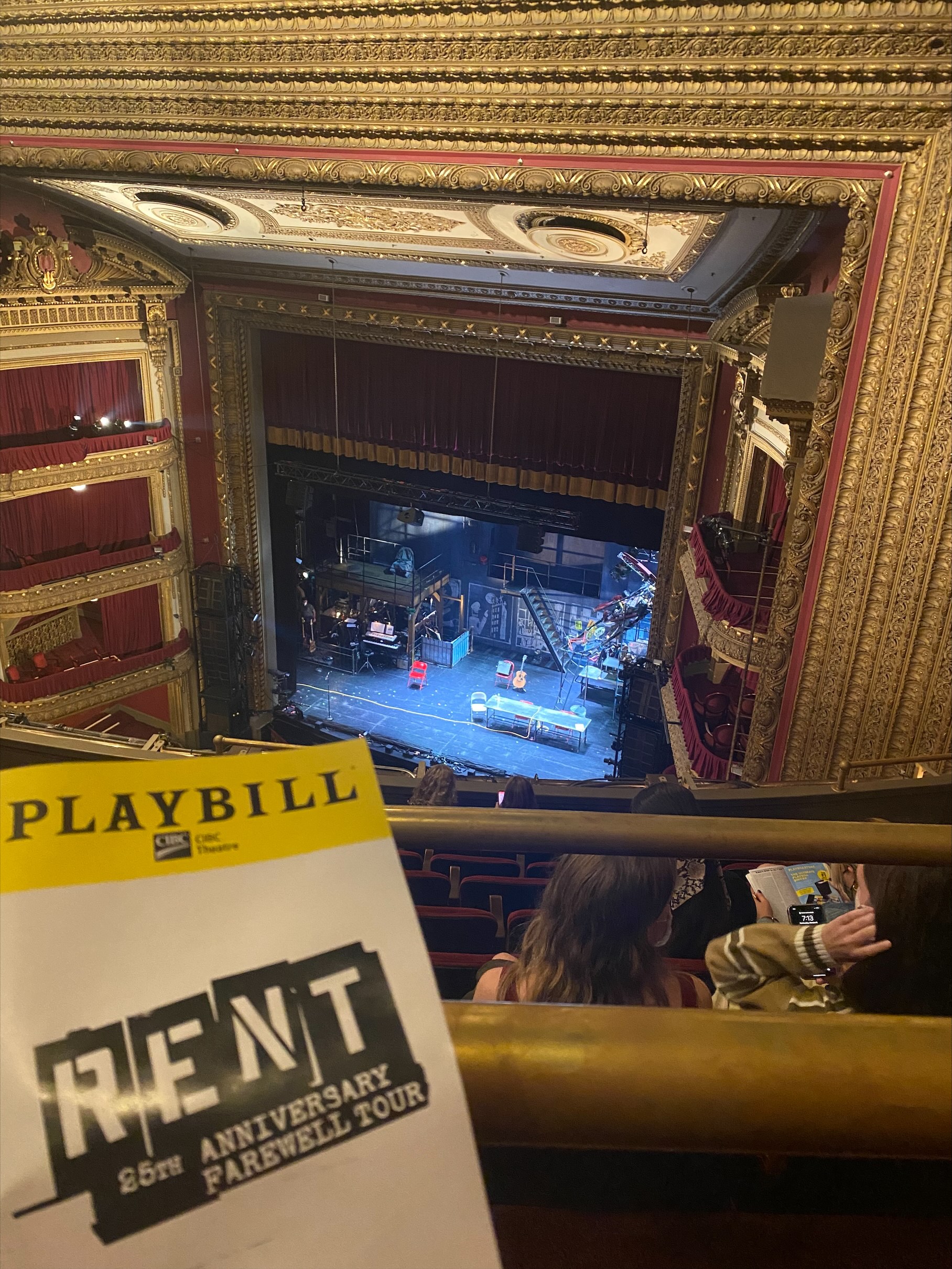 It was great to see a musical in person again. Nothing beats the feeling of experiencing a live musical, and it is something I recommend to everyone comfortable going out to the theater. The actors and crew work really hard to put a production together, which is evident in the performance. They did a great job with their rendition of Rent, and based on the audience’s reaction, they knew it, too. The energy from the audience that day was amazing. You could tell everyone was so excited and grateful to be back at the theater.

While Rent was only in Chicago for a short time, there are plenty of other musicals coming up. A new musical called Paradise Square is opening in Chicago on November 2  and runs through December 5. The musical accounts the birth of tap dancing through the racial harmony experienced in a New York City neighborhood during the Civil War between the area’s Black and Irish immigrant populations. In addition, there are classics returning, such as Pretty Women, Hairspray, and My Fair Lady.

On the home front, Blue Demon Theatre, a student-run organization on campus, presented their adaptation of Little Women, which ran from November 4 through November 7. The play Little Women follows the March family as their four daughters come of age during the American Civil War.

This was a different experience than viewing Rent. First, there was no requirement for students to bring their vaccination cards. Instead, they simply showed their ticket and student ID.  In addition, the actors had to join the audience in wearing masks during their performance. In my opinion, this did not affect their performance but put the cast’s facial expressions to the test, which they all passed. The production was fantastic, exuding feelings you can really only feel connecting with other human beings in person.

“It was extremely difficult to use masks, but I think that it really made us all have to step up to the plate even more,” Bella Parkinson, who played Amy March, one of the daughters, said.  “But I don’t think it hindered us from being able to connect and act with each other.” 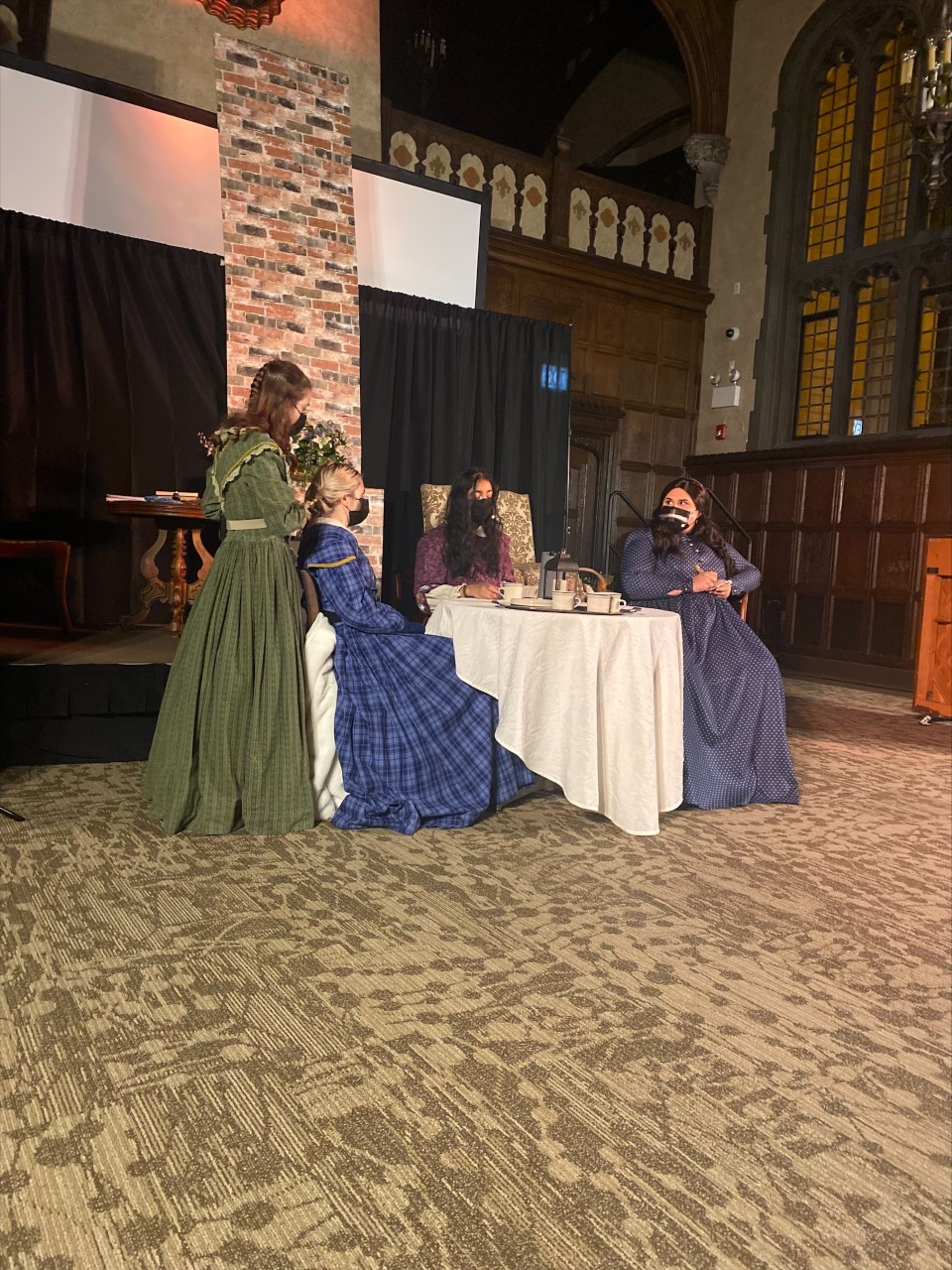 The performance of Little Women, staged in Cortelyou Commons on the Lincoln Park Campus. Photo by Timothy Randolph, 14 East.

Parkinson said how excited she was to return to the stage and how wonderful and inviting the theater had been as she started her time at DePaul.

Grant VanderKlipp, who played Laurie Laurence, a friend of the March sisters, addressed nerves and concerns for anyone on the fence about coming back to see theater in person.

“People long for live entertainment, so I think it is highly encouraged to come,” VanderKlipp said.

Little Women has run through its performances, but there are a number of other productions coming up through Blue Demon Theater, including Valentine’s Cabaret, The Brink of Womanhood, Last One Standing, and Into the Woods.

The theater is so magical; if you have never been, this is the perfect time to start. Just remember to only do what you are comfortable with as we adjust to this new normal in society. If you are interested in seeing the magic of the stage for the first time or for the hundredth, just know the theaters of Chicago are ready to have you.