DuSable Museum Reflects on Over 60 Years of Teachi...

Finding Yourself in The Game: .. 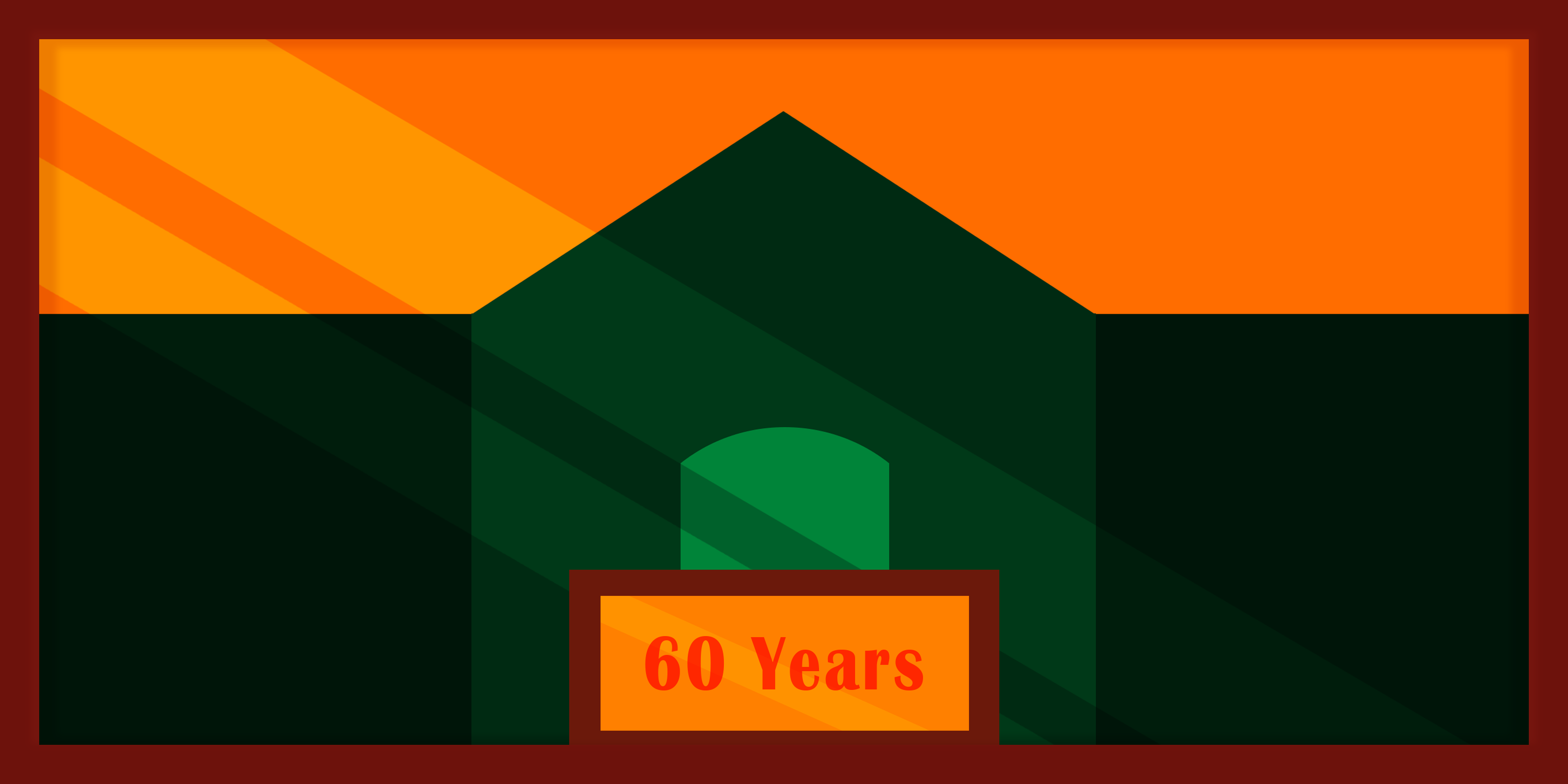 “We are more than a museum … our archives are some of the oldest and richest in the country.”

The museum highlights the impact of African Americans in Chicago, the United States and the world. DuSable President and CEO Perri Irmer spoke about what drove founder Margaret T. Burroughs to create the DuSable Museum in 1961 — over 60 years ago.

“She was upset there was no museum teaching African American history,” said Irmer. The DuSable Museum was founded by Burroughs along with her husband, Charles Burroughs, and a group of Black and Jewish community members in Chicago. The museum was later named for Jean-Baptiste Pointe DuSable, the Haitian founder of the city of Chicago, who Chicago’s Lake Shore Drive was renamed after in October. 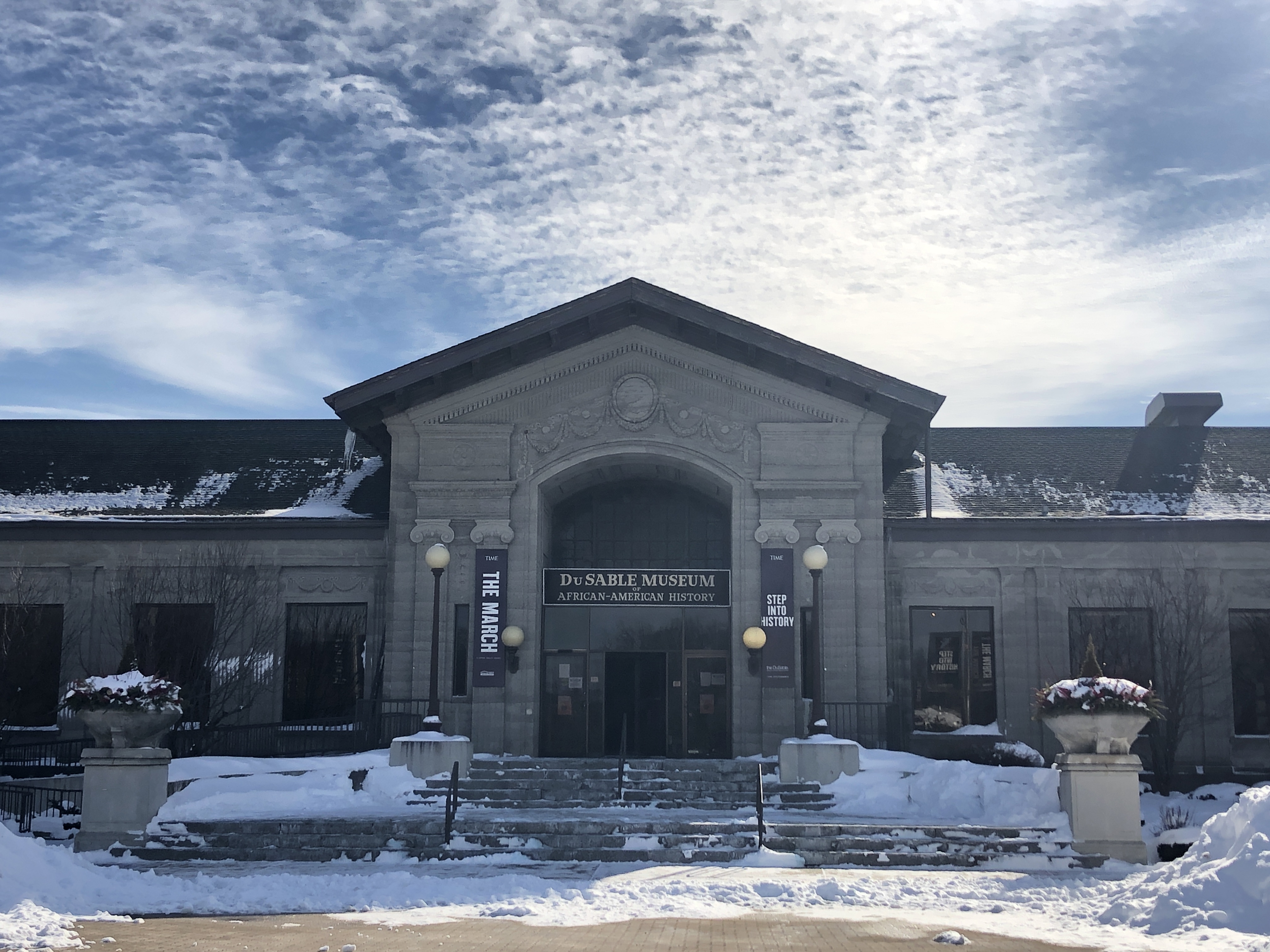 Pictured above is the front entrance to the DuSable Museum, taken in early February 2022. Monique Mulima, 14 East.

Today the DuSable Museum is home to over 15,000 art pieces and has extensive records involving the role of African Americans in World War I. “We are more than a museum … our archives are some of the oldest and richest in the country,” said Irmer.

Upon entering the museum, there is a black and white mural that leads into the “South Side Stories” exhibit, showcasing the works of the late museum founder Burroughs, and the work of other African American Chicagoans. From there, the museum continues on to exhibits focused on the contributions of African American men and women who represented the United States in WWI, many of whom were trained in Illinois. 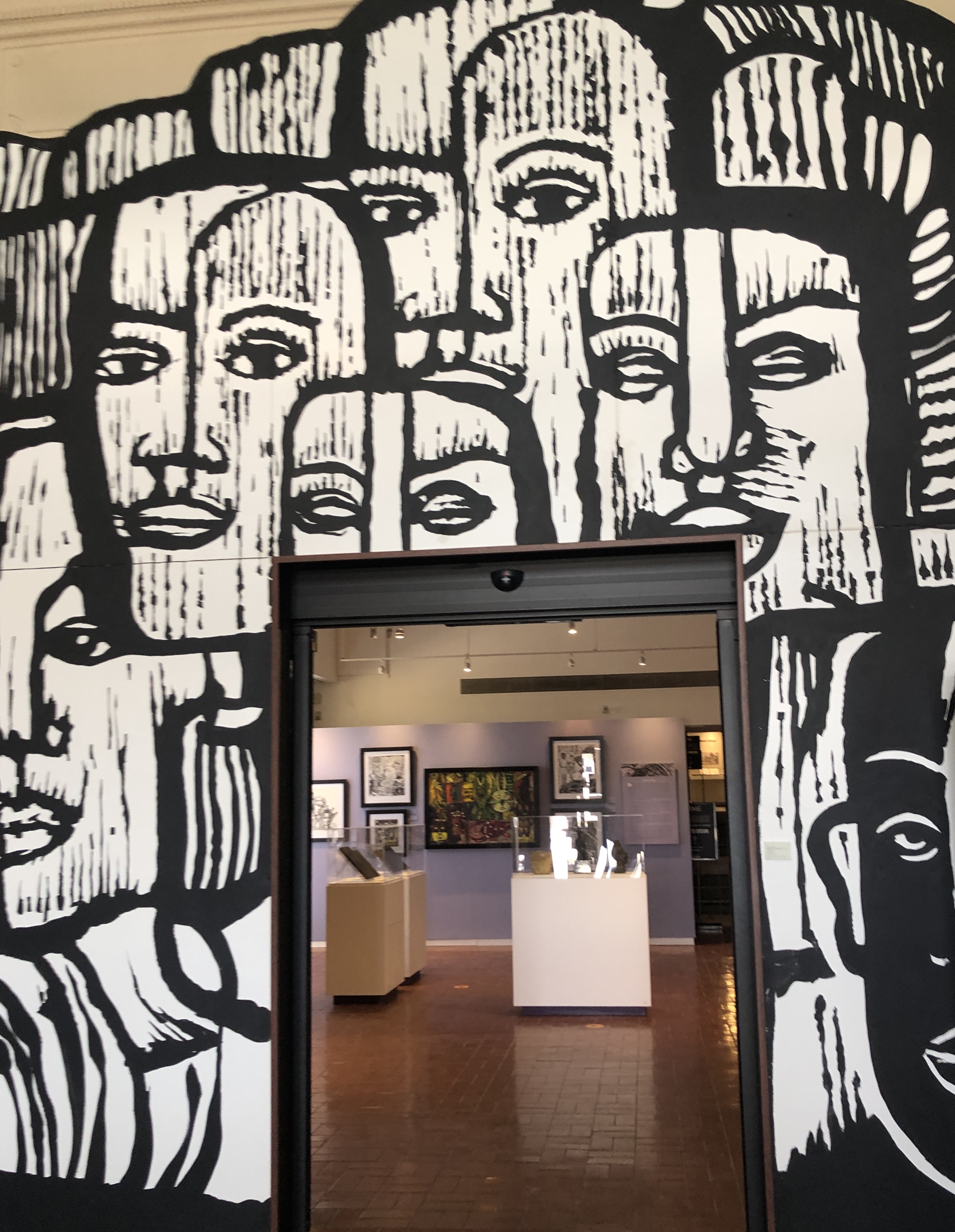 One of the museum’s main exhibits, “South Side Stories,” features a mural of Margaret Burroughs’ work “Faces.” It was recreated by museum designers Martin Giese and Brenda Liboy. Monique Mulima, 14 East.

Other museum exhibits cover “The Harold Washington Story,” the history of the Chicago 1919 race riots and artifacts from slavery through the fight for equal rights. Irmer explained that it was important for the museum to highlight the history of African Americans in Chicago.

“We’re [in Chicago] kind of ground zero for a whole lot of great stuff on Black people. And that’s important to know, and it’s important to tell as many of those stories as we can. And again, through our own voices and our own narrative,” said Irmer.

The museum started out on the ground floor of the Burroughs’ home, and later moved to its own building at East 56th Place in Washington Park.  Over the decades the museum has greatly expanded, averaging 150,000 visitors per year in 2019, but it has also faced difficulties.

In addition to funding issues, the DuSable Museum, like many businesses, was affected by the COVID-19 pandemic. It closed for over a year, and although it is now reopened, in-person attendance has decreased. Irmer discussed how the museum has been adapting throughout this time.

“We have really pivoted, especially during COVID to include a lot more technology. So you can take a picture with a hologram of Mayor Harold Washington, in addition to watching his animatronic installation. We have the most advanced virtual reality technology in our VR immersive experience called ‘The March,’ which is about the March on Washington,” said Irmer. 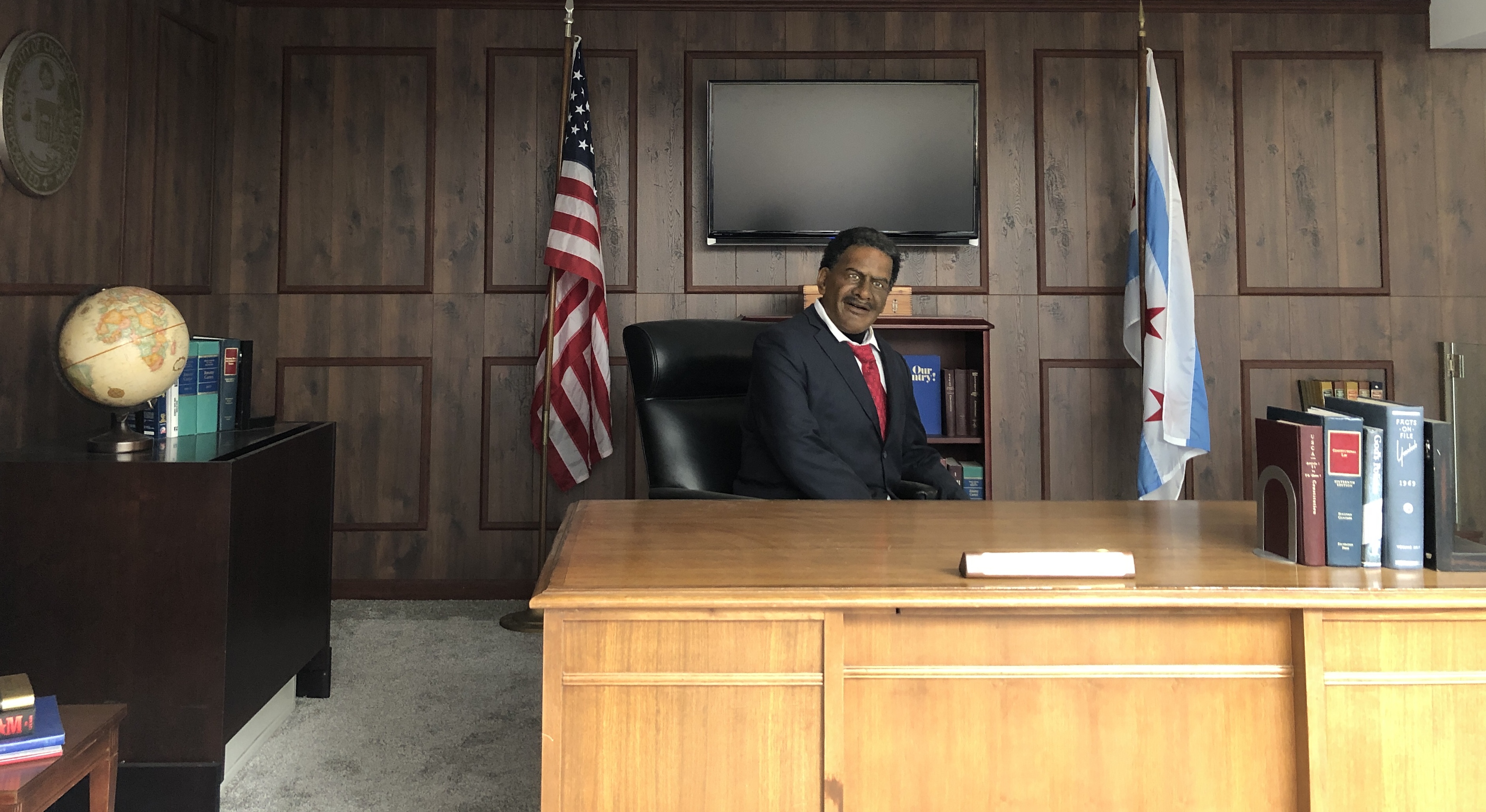 An animatronic Harold Washington installation recreates the former mayor’s office, where clips from his time in the office occasionally play on the television. Monique Mulima, 14 East.

Another issue that the DuSable has been combating is attacks on the teaching of African American history under the guise of “critical race theory” across the nation. According to Education Week, “Since January 2021, 37 states have introduced bills or taken other steps that would restrict teaching critical race theory or limit how teachers can discuss racism and sexism.”

Although no such bill has been passed in Illinois, the DuSable Museum is taking steps to reach young people outside of school field trips, through social-media education and outreach.

The DuSable Museum ran one of these campaigns with a recently released documentary told through Instagram stories. The stories revolve around Olaudah Equiano, an African child who was sold into slavery in the 1700s and later bought his own freedom and published a book about his experience.

As the museum looks ahead, Irmer says they are reimagining what the museum can be by rebranding it into a museum and education center.

“We have started a series of educational programs, public programs, Zooms, seminars, webinars on issues of public health in the Black community,” said Irmer.

In the past, their health programs have partnered with the University of Chicago and the museum has also done programming on other topics such as with the 1619 project with author Nikole Hannah-Jones. Their educational events are informed by historical and modern perspectives.

The museum has also worked with workplaces in Chicago on their diversity, equity and inclusion programming, providing education about the history of Chicago and African Americans in the city by not shying away from difficult topics.

“All of those things are our tools for educating and learning and being more aware and actually getting to a place where our history can be first acknowledged and understood. And you have to acknowledge and understand before you can get to a place of reconciliation,” said Irmer. 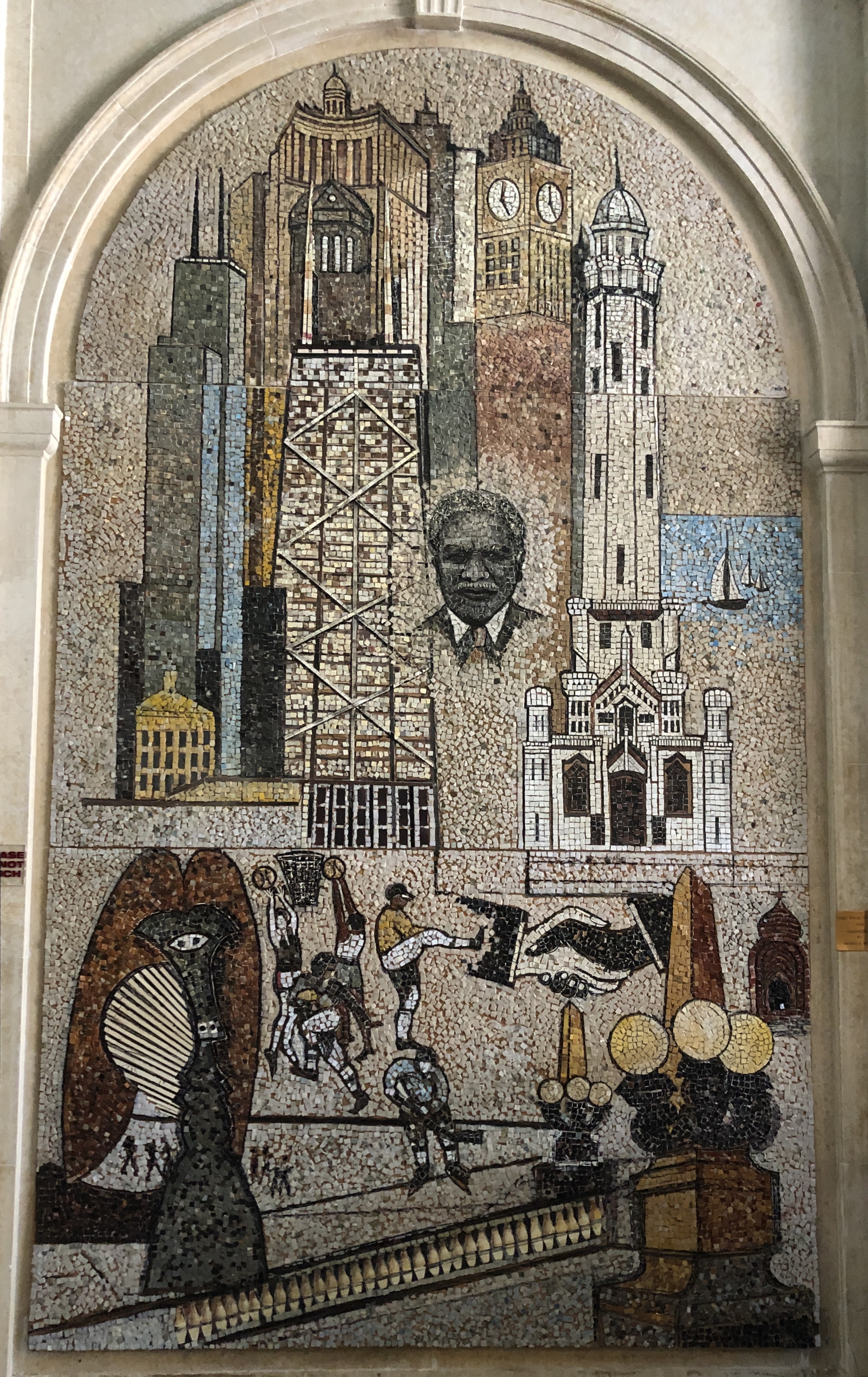 A mosaic by Thomas Miller represents Chicago history at the entrance to the museum. Monique Mulima, 14 East.

As the DuSable Museum enters its 61st year and as Black History Month comes to an end, Irmer encourages people to continue to visit and learn more about African American History.

“We teach about Black things all year long, but we appreciate that folks who maybe don’t pay attention as much or at all other times of the year, we appreciate them coming to us to learn,” said Irmer.