Locally Grown: The importance of fresh food markets in Chicago 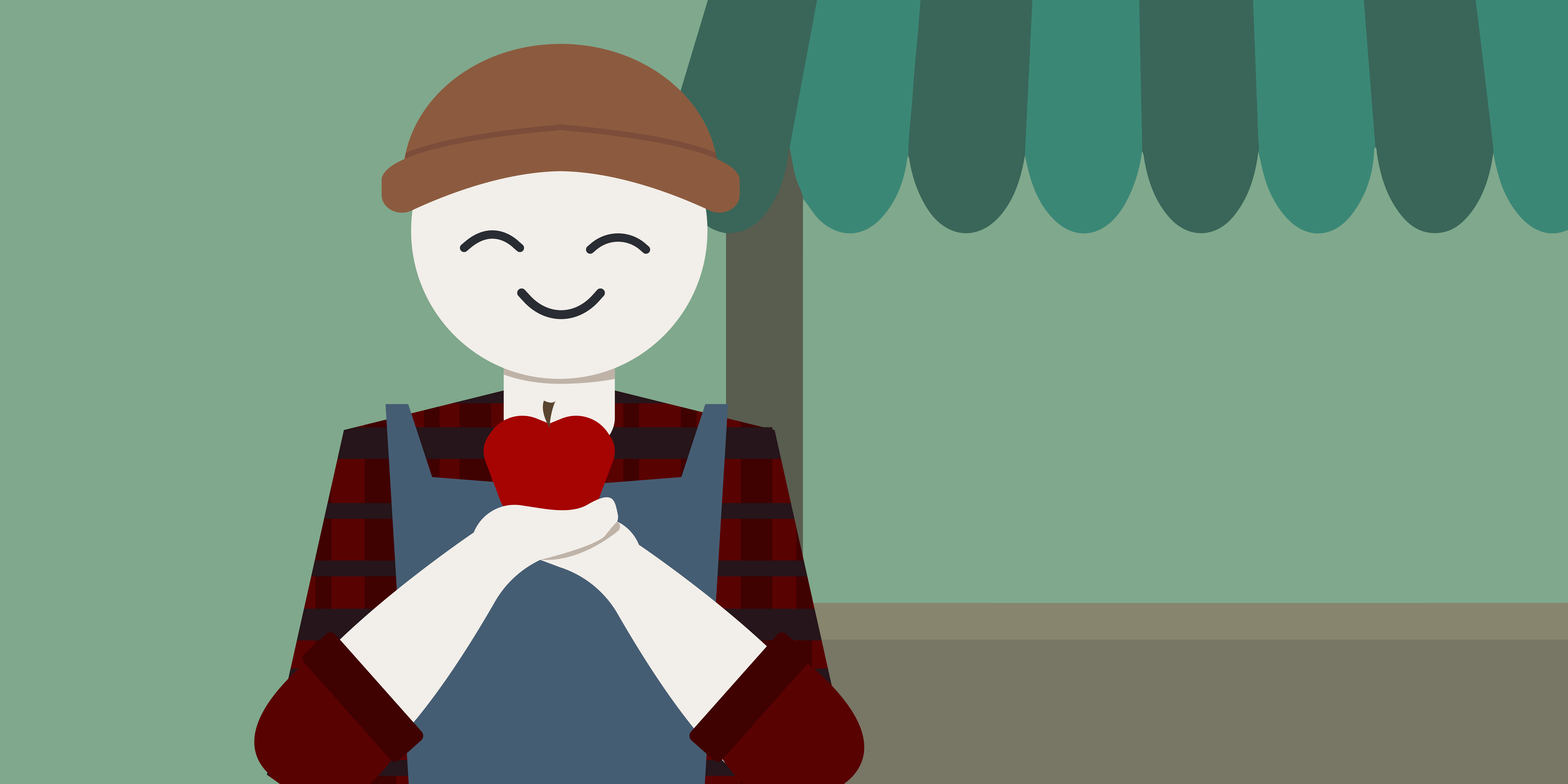 DePaul environmental sustainability Lecturer Margarita Alario was left confused after she noticed that all the apples being sold in a Wisconsin supermarket were imported from Chile. “That doesn’t begin to make sense to me,” said Alario. “Wisconsin is one of the highest  producers of apples.”

The lack of locally grown apples in the Wisconsin supermarket points to a larger issue in  America—not enough Americans are buying local produce. As the climate crisis progresses, it’s  important that Americans begin to support their local farmers because doing so will provide environmental benefits that promote a sustainable future.

How do we support our local farmers?

Farmers markets give us the opportunity to buy healthier and fresher foods that come directly  from the hands of local farmers. Farmers markets are also a communal place where the  neighborhood can come together and interact. 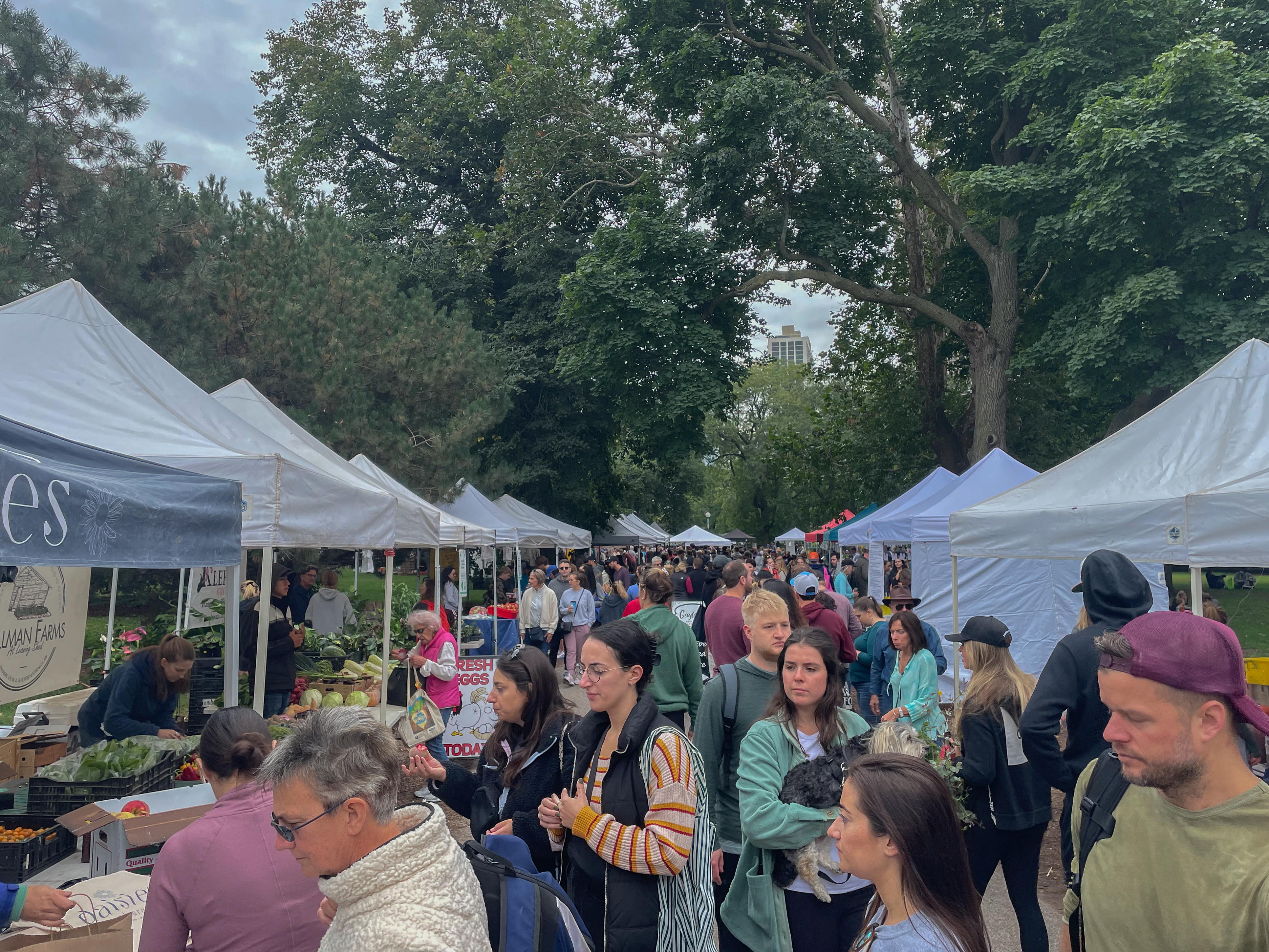 A crowd of shoppers gather at Green City Market on September 24, 2022 . Farmers markets are a communal place not only to buy fresh local produce but to interact with the neighborhood and learn where their food comes from. Photo by Aidan Piñon, 14 East

Has worked with sustainable farmers from Wisconsin, Illinois, Indiana and Michigan to provide  Chicago with fresh produce.

“I think people should support local farms because unfortunately our economy and our food economy at large is not set up for small farmers to operate…a small farm by itself isn’t going to save the world, it takes all of us being profitable making any difference,” says Lydia Nye, a vendor at the Green City Market.

For the past three years, Nye has worked at Avrom Farm — a regenerative farm in Green Lake, Wisconsin. According to Nye, local farms like hers operate on small pieces of land allowing the farmers to give more attention to the practices they use on their land and thus “give back to the land instead of taking from it.”

Large-scale industrial farms often use synthetic fertilizers, which ultimately deplete soil health and require the use of fossil fuels to produce. Moreover, runoff water from these fertilizers can contaminate nearby bodies of water, killing aquatic life. Thousands of animals and crops are  also raised on industrial farms, resulting in the use of pesticides and antibiotics, which lowers  the quality of food.

“The quality of ingredients is better here,” says Johanna Zorn, a customer at  the Wicker Park Farmers Market. 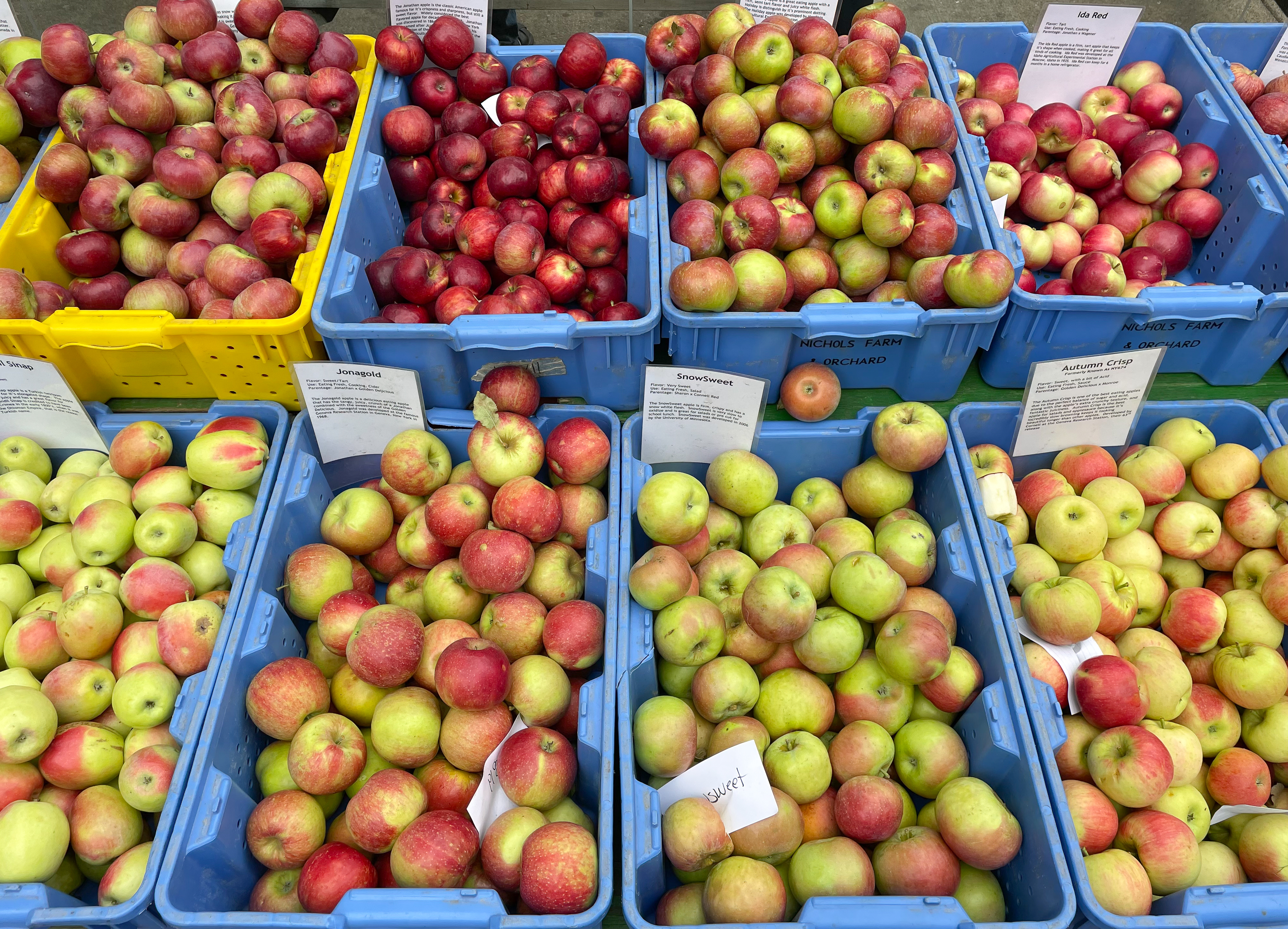 Baskets of local apples are for sale at the Green City Market on September 24, 2022. Nearby, Wisconsin is one of the highest apple producers which allows Chicagoans access to fresh apples. Photo by Aidan Piñon, 14 East

Zorn frequently attends farmers markets throughout Chicago and although the food is more  expensive, she says that it forces her to be “more intentional with how much I’m buying.” Buying locally cuts down food waste because consumers buy only what is necessary and in  much smaller bulk than at the supermarket.

According to the Environmental Protection Agency, about 40% of healthy grocery store food  gets tossed into landfills each year. Large retailers often produce significant amounts of food  waste because items will sit on shelves and go bad. Unlike large retailers, locally grown food is  not produced on a mass scale, so there is less excess which means less waste.

Yet, like Zorn said, buying locally is expensive. Not everyone can afford to buy good quality food  at the farmers market.

Growing Home is a USDA-Certified organic urban farm, nonprofit social enterprise and  workforce development center that often sells locally grown food at the Green City Market in  Lincoln Park. The urban farm, located in the Englewood neighborhood of Chicago, is maintained  by people who face employment barriers such as homelessness, addiction and criminal history.

“We use urban agriculture as a vehicle to teach them the skills that they need to gain and retain employment,” says Sonia Garcia, a representative for the nonprofit. 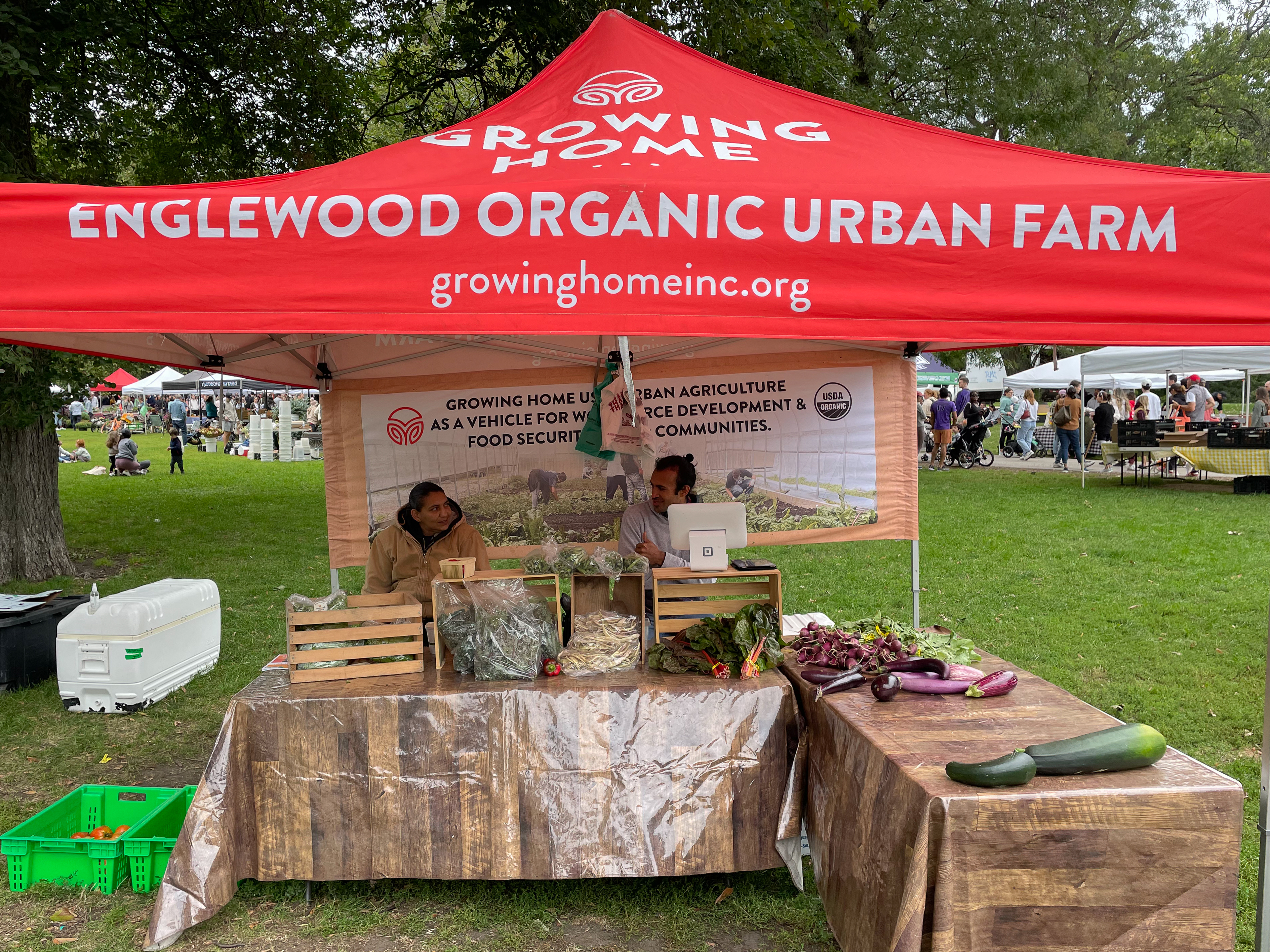 Sonia Garcia await customers at the Growing Home tent at the Green City Market. The urban farm is located in Englewood and supports their neighborhood. Photo by Aidan Piñon, 14 East

According to Garcia, Growing Home has a goal of providing affordable and nutritious locally  grown food to underserved communities because “sustainable produce is so hard for people to  get in the inner city.” Garcia says that having more urban farms in Chicago will reduce prices for  fresh and sustainably grown food because you can avoid the costs of packing and shipping since  the food is in our backyard.

Although farmers markets offer us a great opportunity to support local farmers and reduce our  carbon footprint, they still aren’t enough. There needs to be a mass movement in America that  shifts the mass industrial food market towards more locally grown produce so that everyone,  regardless of race and class, can have access to fresh, nutritious, and sustainably grown food.