Vinyl Is Expensive and CDs Are..

In 'The Babadook', The Monster..

Today’s world can be described with one simple little phrase: GO, GO, GO! People now are working harder and longer than ever before and are doing so at the expense of their necessary relaxation time.  Local Chicagoan Jason Ryder has decided it’s time for everyone to take a break, developing Game of Arms with the help of some friends and coworkers.

Game of Arms is a mobile app that connects people based on location to play an arm game such as arm wrestling, billiards, cornhole, darts, rock, paper, scissors, and table tennis. Launched in late spring of this year, Ryder and the rest of the team plan to add more games to the list as the app grows. 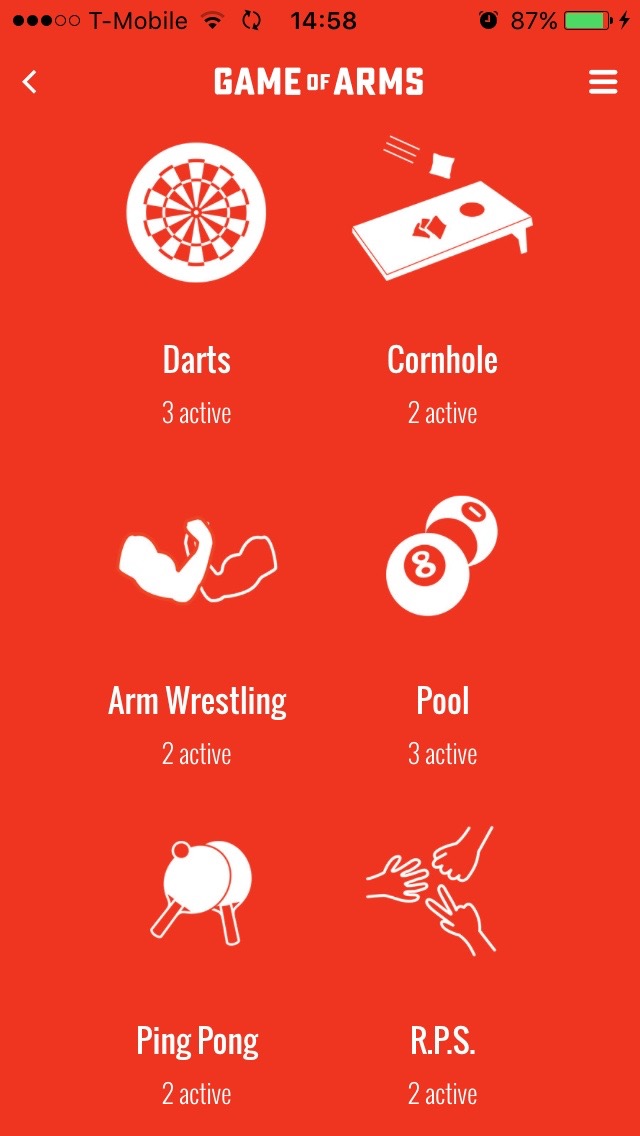 Ryder came up with the idea in the summer of 2015 while talking with friends about how people have learned to connect with each other from all over the world. The topic of dating apps came up, as they are some of the best examples of how strangers can come together and form a relationship. Their success helped influence the way Ryder thought that he could create something similar; instead of love, he would connect people to play games and have fun.

“I truly believe that playing games is healthy for individuals,” Ryder said. “We need to slow down in life and get that stress out from our work environment. Mostly in America, because we work so many hours that we become less productive.”

America’s culture of overwork has been the topic of discussion for a while; in a study from January, 55 percent of the workers polled reported that they didn’t use all their vacation days from 2015. From  around 1978 to 2000, Americans took on average 20.3 vacation days. That number dropped to 16.2 days in 2015.

“So many people feel they need to stay at work just to be there, and as I see more people take a break, they actually become more effective,” Ryder went on to say. A 2006 internal study from the Ernst & Young accounting firm backs him up; in an op-ed for the New York Times, Tony Schwartz reported that for “each additional 10 hours of vacation employees took, their year-end performance ratings from supervisors (on a scale of one to five) improved by 8 percent.”

An app, though, is a complicated project, and Ryder is now committed full-time to get it done. He worked as a Managing Director for Falcon Capital Management prior and, not being a technical guy, he knew that he needed some help. He began telling friends about his idea and a few decided to help him out: Elisabet Castillo, Garrett Galayda, and Shawn Hilgart became co-founders of the app and made sure that Ryder’s idea was actualized.

Hilgart, the engineer of the team, remembers listening to Ryder explain his idea and realized that he could contribute. “He was looking for a technical partner and I happen to have those technical abilities, and since I liked the app I decided to help develop it,” Hilgart said.

Building the app was the next step and, with Hilgart on board, that complicated goal became much easier to achieve.

“Well, first you need a solid idea,” Hilgart said. “From there, an app is divided into several segments: a back end where all your data is going to be saved – it’s kind of the magic that happens in the background – a front end which is generally considered what the user would be interacting with, and then the big thing is feedback and iteration.” With the app continually developing, the team is always eager to get feedback from its users so that they can make it easier to use. 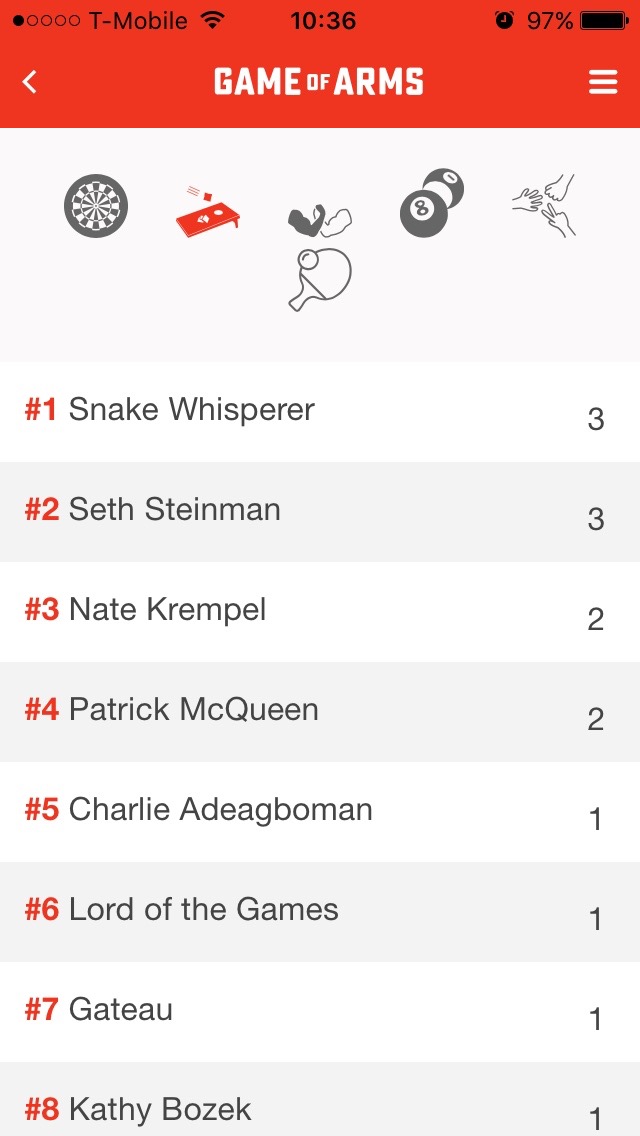 There are three major functions of the app: matching, messaging, and leaderboards. The matching function is meant to help users connect with someone completely new to play a specific game. The messaging is then used so that the two users can communicate about where to meet, what time, etc.. The leaderboards are designed to bring users back by creating incentives to continue playing competitively. As the app grows, the GOA team looks to add prizes and tournaments into the mix as well. However, users can always just play for fun and not record their results as well.

There is still one big flaw that the team is working to solve; if two users have connected to play one of the games with equipment involved, such as billiards, but neither owns any of the gear, the players have to go out and find it. While most users without the equipment would either have to find a friend with the gear or could go out to a location, such as a bar, that isn’t exactly ideal. Some of the ways that the team is trying to get around that include getting places registered to play at or even finding some users who have the equipment to set up local hotspots.

For Ryder and the rest of the team, the true measure of success for this app won’t come from seeing people play the games. It’s about getting communities connected. If two users, strangers to each other, become friends and have a good time, even without playing one of the games, the app will have done what it was supposed to in Ryder’s eyes.

“You’ve got to play games, you have to take a mental break,” Ryder emphasized. “Tons of studies have proven how games improve your mental function. So if you can take a break, play a game, get some stress out, all while improving your health and mental state of mind and connect with people, it’s awesome.”

Screenshots courtesy of Game of Arms and Mike Vrooman-Arroniz