In ‘The Invitation’, Everybody Grieves...

In ‘The Invitation’, Everybody Grieves Differently

In contrast to some of the more cerebral brands of scary movies that we’ve looked at this month, we close out your Netflix Halloween season with a decidedly terrifying thriller/horror that begs to be watched/shouted at en masse. Earlier Halloween entry The Babadook found its genius in the marriage of theme and genre, and while The Invitation overlaps with that film in both of those categories, its structure makes its task far more daunting than that of The Babadook. The dinner party setting lends an immediacy to the proceedings that forces The Invitation to play its cards very carefully, and for its meticulous parsing out of its story’s many details and arcs, it is commendable. 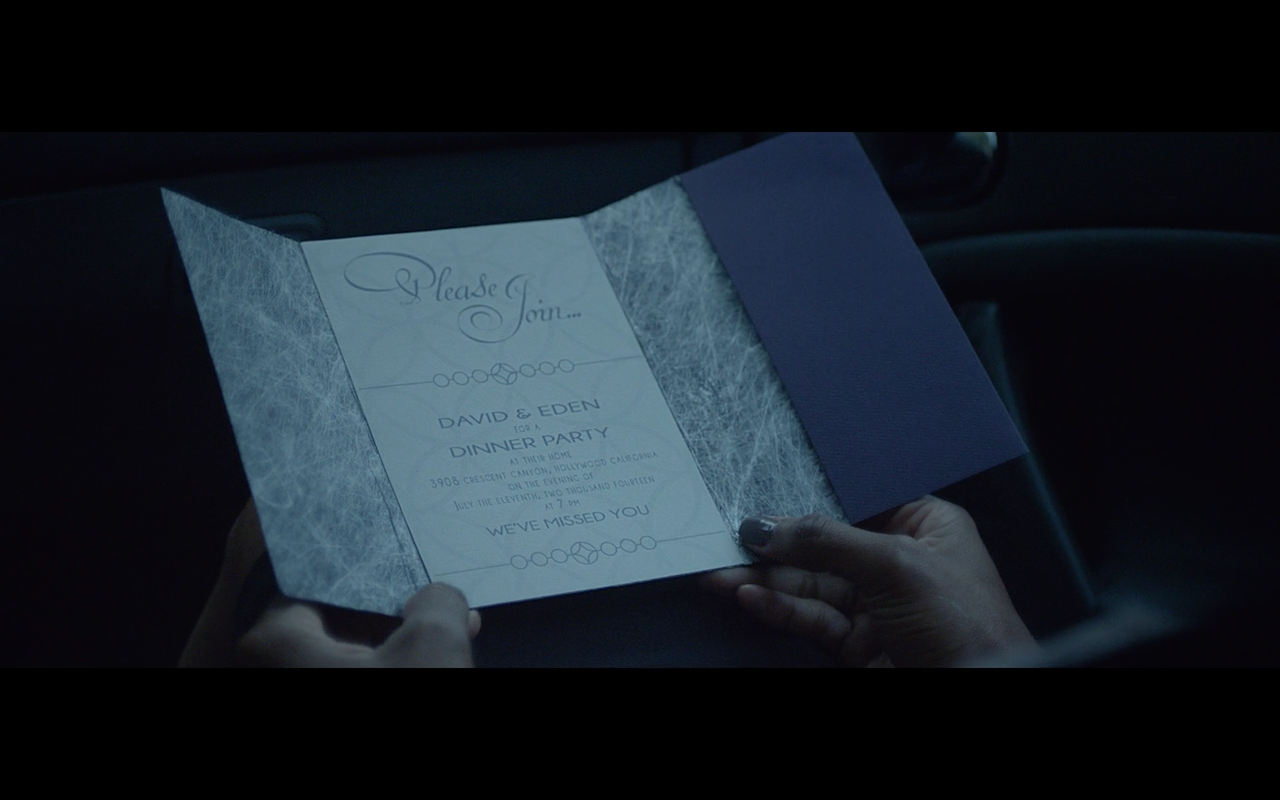 A carefully maintained sense of dread is the film’s modus operandi for scares, and this kicks off with the first scene, as Will (Logan Marshall-Green channeling Father John Misty) and girlfriend Kira (Emayatzy Corinealdi) hit a coyote en route to a dinner party hosted by Will’s ex-wife Eden and her new husband David. While Will dutifully resolves the situation of the coyote with a tire iron, it doesn’t bode well for the evening. Perhaps not the most subtle brand of foreshadowing of impending doom, but such is the way that horror movies tend to bludgeon their themes to death.

Details of the evening and the events that preceded it start to come in earnest when Will and Kira arrive at the party, greeted by friends who seem eager to project their enthusiasm about the proceedings onto the morose Will. We learn that the party is to be a reunion of Will and Eden, as well as their group of friends, for the first time in two years. The causes of their fission are developed through intense flashback sequences that interrupt Will as he meanders around the house he once shared with Eden. A portrait of Will’s past, in domestic bliss with Eden and a young son named Ty, emerges, as well as glimpses of intense scenes of self-harm. Ty is not at the dinner party, so whatever happened in the past we can safely assumed happened to Ty. 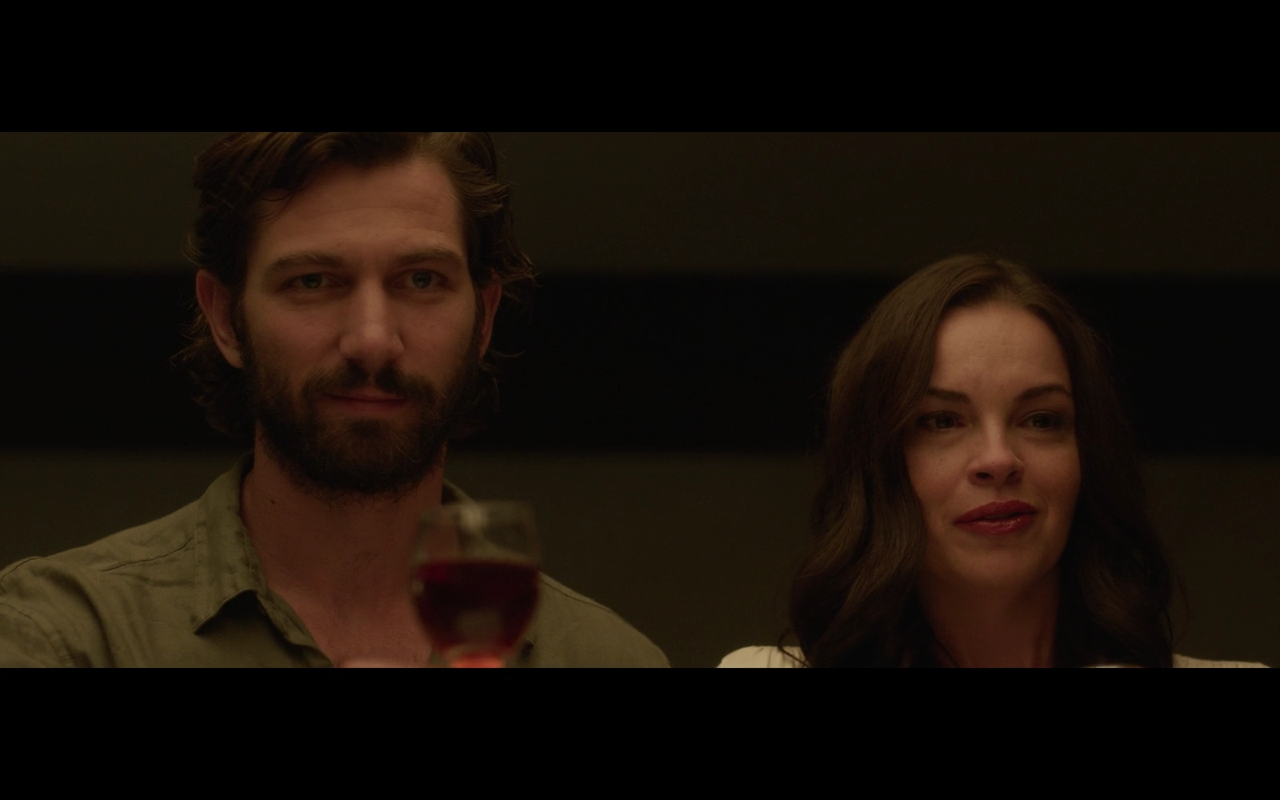 The night is weird from the start—Eden is introduced with that distant, fantastical air of a fading Hollywood star from the studio era, and the friends respond supportively, in spite of their obvious confusion. Promptly, David introduces two random guests, Pruitt (veteran character actor John Carroll Lynch) and the unhinged Sadie (Lindsay Burdge), whom he and Eden met during their time of healing and grieving in Mexico. This trip seems to have a lot to do with the sort of New Age-y tones adopted by Eden, David, and their tripmates Pruitt and Sadie, and when they reveal that they are now part of The Invitation, a trending self-help program, the party guests seem to have their answers. Different people grieve differently, they guess. 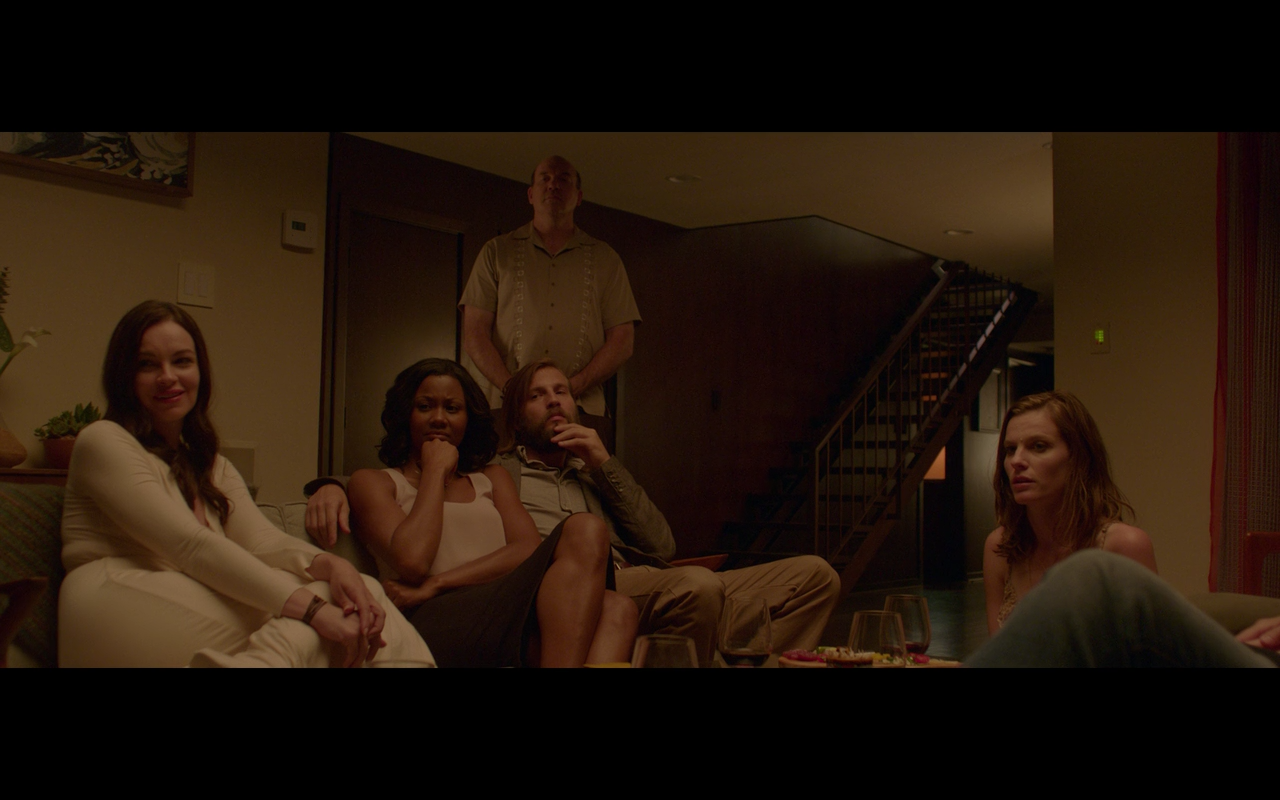 But the introduction of the titular program into the story illuminates a tension that is often more troubling than that within the narrative: the film unwittingly comes off as smarter than its characters. The Invitation is a cultish program that absolves its followers of the guilt associated with each of their tragedies, and it feels pleasingly well-developed; we can see it existing as a superficially harmless philosophy, a sort of lifestyle trend du jour like “The Secret” before it. But the ensemble of friends who are being pitched on it tonight, however, feel decidedly less developed, sometimes resulting in painfully convenient turns of story. They are skeptical at the right times, but never too skeptical; too much time is given to Will’s friends being delicate with him, even when the flagrantly obvious and threatening source of discomfort is actually the latent agenda of the hosts and their guests. At one point, the friends are disturbed by some of the details of the program; soon, they’re shrugging it off and cracking jokes about being converted.

As Will, Logan Marshall-Green is ostensibly the engine for the film’s tension and mounting suspicion, yet his stoic posturing and self-doubt can grow irritating. It’s hard to buy the notion of Will having ever existed in happier, more carefree times, let alone the notion that he would appear at this dinner party with his unprocessed grief. Still, not all of the inconsistency of his character can be entirely blamed on him, as the script does not call on Marshall-Green’s solid command of Will’s paranoia and delusional fears nearly as much as it should, instead trying to cast him as more introspective than suspicious for the first two acts. The instances where he questions the façade of lightheartedness that rings so deafeningly false at this dinner party, we are grateful to get a dose of our own reality injected into this strangely elevated dynamic—but when he is so easily placated by the very people he is calling out, it reeks of a hypocrisy. 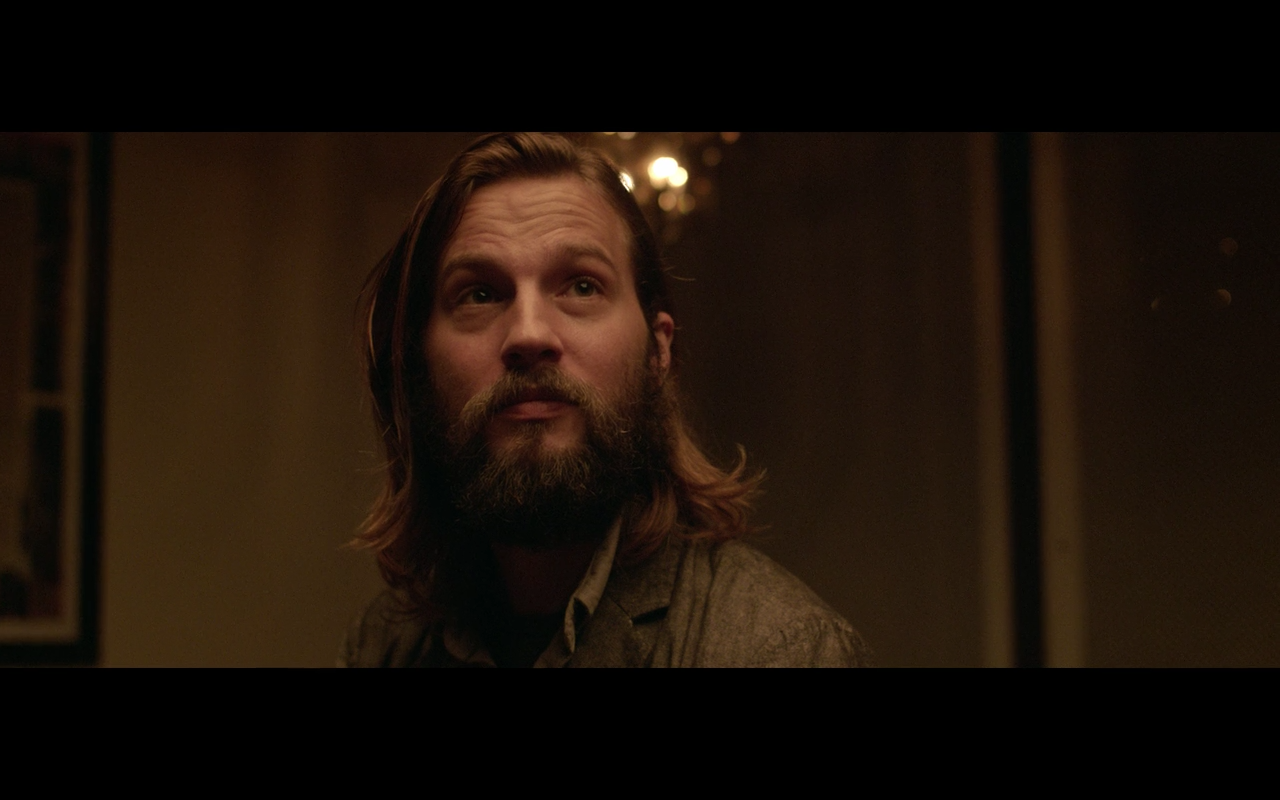 But still, The Invitation deserves credit for masterfully managing to keep us unsure, uncomfortable, skeptical, and, yes, terrified, while still keeping us in the realm of reality. Its cinematic shortcomings—some lame editing, some awful supporting actors, some cringe-inducing exposition—are easily forgivable in light of its dauntingly difficult premise. To be successful, the film must scare us and keep us on edge so as to maintain Will as a credibly wary protagonist; yet, like the hosts of the evening, it must give us genuine reason to feel that we, like him, are confabulating all of this suspicion and paranoia. That it succeeds in the latter pursuit at all is what makes The Invitation so successful: in making us question our own judgment, it invites us to entertain all sorts of horrors. 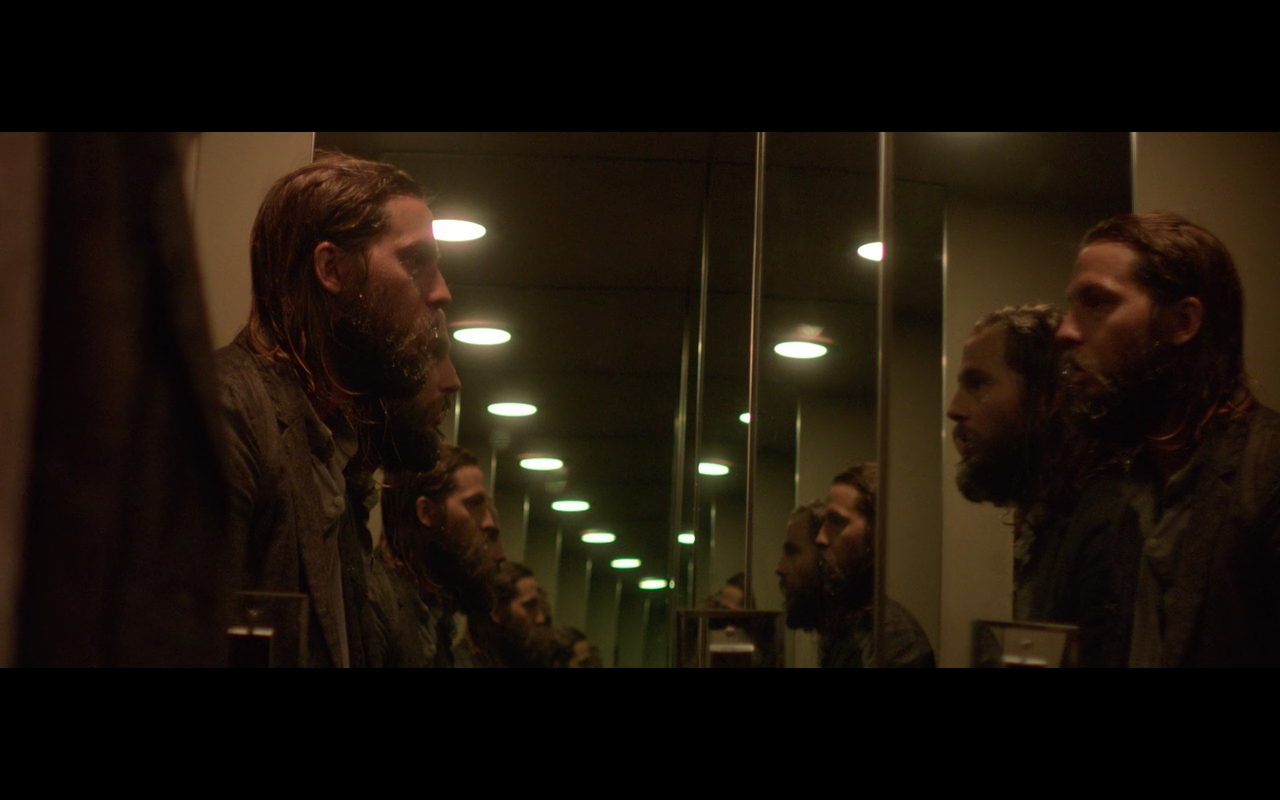