From the vantage point of 2017, it’s kind of ridiculous that Girls was ever controversial. In hindsight, all the criticisms of the show—that it promoted millennial entitlement, that it suffered from a privilege problem, that it was about nothing—seemed to miss the point. Apparently, calling it Girls was controversial enough, creating a pop culture vacuum where everyone projected their expectations of what such a show would be. And everyone was wrong.

Love it or hate it, Girls is a television series that broke ground back in 2012 when it premiered. Of course we’d seen its themes on TV long before: relationships, your twenties, growing up, finding yourself, etc. These are all over the place in our culture. What set Girls apart was that it was fiercely unapologetic, never hesitating to dive into the complexity of both its themes and its characters. It refused to succumb to any singular, palatable philosophy and it refused to give easy answers to the hard questions it raised about relationships or human behavior. It played with cliche, it messed with expectation, and it featured lots of strange sex. And of course, in doing all this, it shattered ideas about what female characters can and cannot do, should or should not do onscreen.

It’s impossible to talk about how good Girls is or how successful it has been without acknowledging how Lena Dunham’s celebrity has interacted with the narrative of the show. For as pivotal as Girls has been to television and pop culture, people still love to hate Lena Dunham and the show that she makes. Some part of this is because Dunham presents herself in interviews and writings—and indeed, in character as Hannah Horvath—as a girl who is used to being hated, which is a surefire way to incite lifelong online hate as a woman in the digital age. People seize upon hating Lena Dunham not just because she says stupid things, but because she has the gall to be famous, be a woman, look the way she looks, be naked often, and openly refer to herself as a feminist without sheepishness or deprecation. Dunham has never been one to backpedal on her identity, and her defiance enrages people. 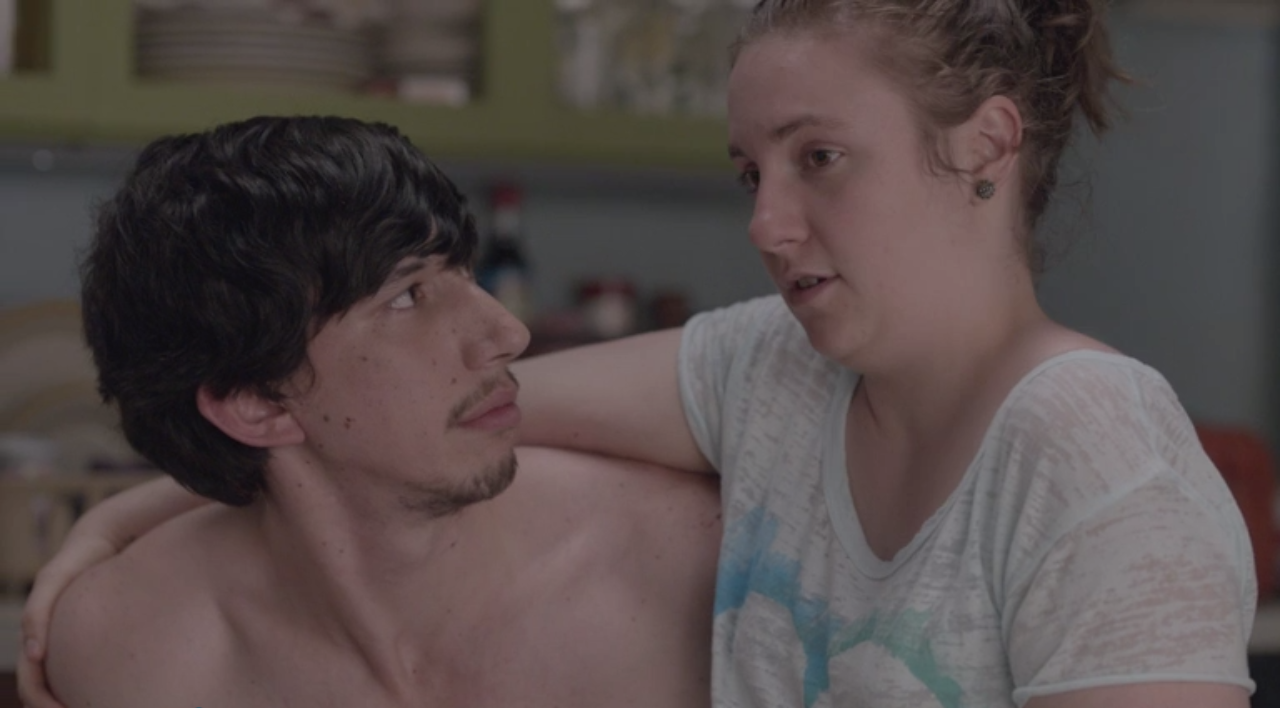 None of this excuses Lena Dunham from the ignorant things she has said or done, from the time when she claimed Odell Beckham body-shamed her at the Met Gala (without ever actually speaking to her) to the recent incident where she lamented never having had an abortion. These are unequivocally stupid things to say, and they do not reflect well on a writer who was never fully able to reconcile the themes of her show with its lack of diverse representation.

But really, it’s hard to buy the idea that Lena Dunham—or Girls for that matter—is part of the problem these days. Both are on the record as having been problematic, yes, but on the whole, Dunham and her show are still servicing a progressive movement in television. In 2017, where mainstream pop culture is woke and “white feminism” has become a punchline for the wokest, it’s an easy impulse to disavow anybody who betrays their professed allegiance to identity politics and social justice. But the notion that Lena Dunham elicits instant disdain from this crowd seems incongruent with our begrudging acknowledgment of other celebrities, especially those with a history of abusing women (Christian Bale, Casey Affleck) or minorities (Mel Gibson, Mark Wahlberg), or even women who dilute feminism with their brand (Taylor Swift). The nature of her personality and her art has made Dunham a target for anybody who has an issue with feminism, from staunch misogynists to the most intersectional activists. In the landscape of celebrity, I have a deep respect for Dunham’s engagement with criticism; her deference to and dialogue with those who call her out speaks to a genuine concern for the causes that she represents to the general public.

And it’s a real shame that Lena Dunham’s brand has overshadowed Girls in coverage, because the show has spent five years quietly slipping off its overhyped trappings and developing into one of the most interesting, well-crafted television series of this post-network moment. It’s important to remember that Girls was an explosive part of the zeitgeist back in 2012, something that felt bold and controversial—through this lens, it is fascinating to consider just how the show has changed as the culture has moved onto newer, edgier content.

Self-awareness is one of Girls’ strongest attributes, and too many of the show’s artistic triumphs have been lost on the mainstream because of how jarring its hyperrealism can be. Too often, audiences treated what they were seeing on the show as some kind of endorsement. Tons of people I know stopped watching the show because of this: they didn’t like the rough sex, they didn’t like Marnie’s hard entitlement, they didn’t sympathize with Hannah. It seems that the meta-politics of Hannah Horvath in the pilot episode asserting her potential place as “the voice of my generation—or at least, a voice of a generation” was enough to drown out any discussion of the show’s artistic purpose. At the very least, it was enough to overshadow the suggestion that the show might have been deliberately satirical. The show’s uninhibited depiction of sex, graphic and weird, was also one of the oh-my attractions of early seasons; but when the novelty wore off, people left. Sex on Girls could serve a million other purposes than being merely controversial—it revealed character, pushed the plot, could work as a well-timed joke—yet it was always whispered about in the vein of the sleek sex of Gossip Girl, like it was titillating and inherently dramatic. 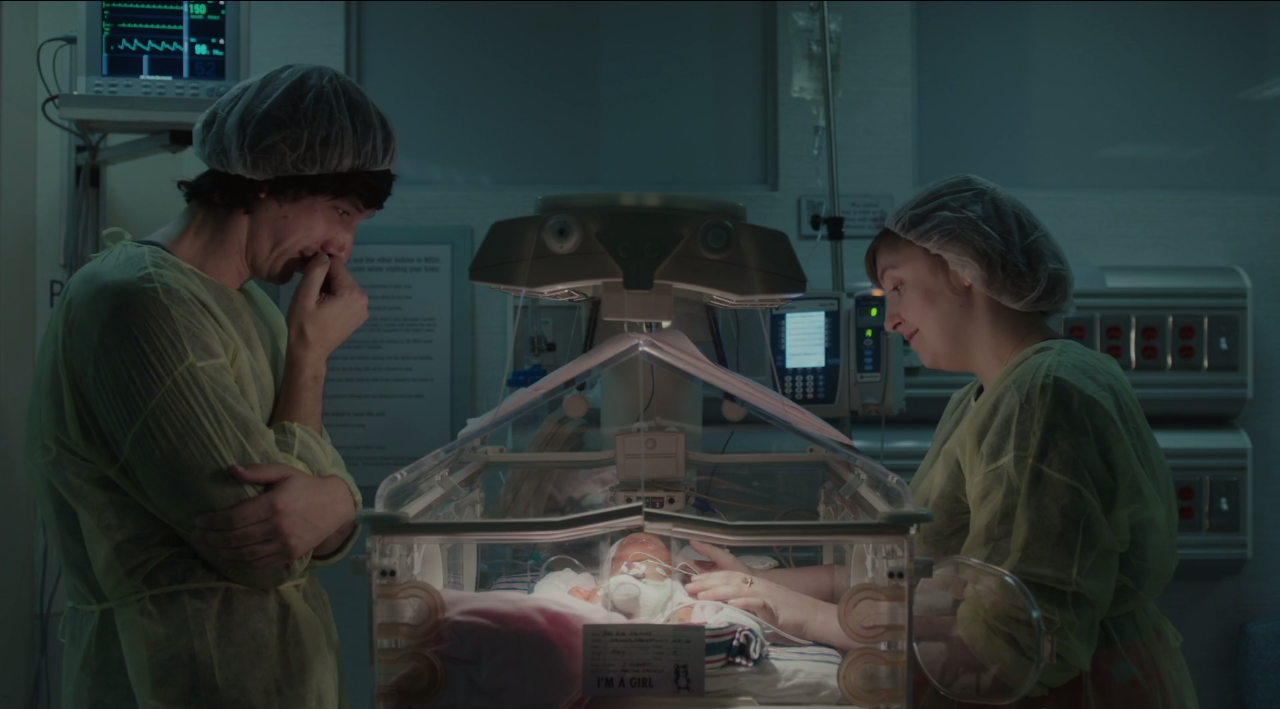 Also absent from most conversations about Girls are its undeniable aesthetic achievements. While the scope of the show has undoubtedly expanded from the cramped NYC apartments of season one, it has never faltered in the detail of its production design. While television shows of higher budget and higher concept typically dominate conversations of cinematography–Game of Thrones, Better Call Saul, Hannibal–the moving imagery on Girls ranks among some of the most beautifully understated work today. The soundtrack has always been stellar: Miguel, Fleet Foxes, AURORA, Robyn, M. Ward, Aimee Mann. And of course, the casting never once disappointed, though it speaks to the progress that has yet to be made that Adam Driver’s career is skyrocketing while the titular ensemble, equal in talent and range, is still defined by their roles on Girls. Too many people I know have lauded the men of Girls while still condemning the show as a whole. 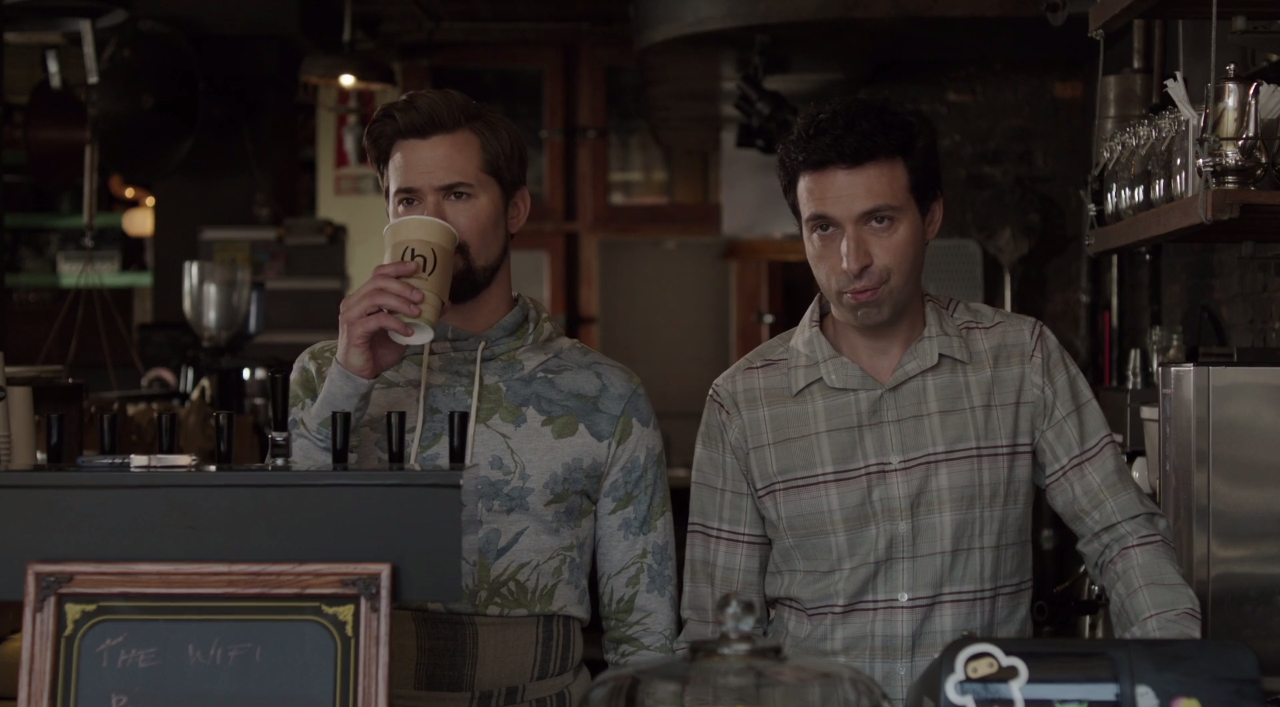 And of course, where Girls has succeeded most of all has always been in its writing. More than any show since Mad Men, Girls has an acute sense of character, so much so that I’ve learned to forgive choices that I dislike—the subplot of Hannah’s dad discovering his sexuality, the saga of Adam and Jessa, Hannah giving Ray an impromptu sexual favor on the road—because I trust the writers (almost) unconditionally. I trust that the characters will never stray so far from their original identities as to be unrecognizable.  Hannah, Jessa, Shosh, Marnie, and the rest have done things that are unexpected—and sometimes downright shocking—but never inconsistent with what we know about them. The show has allowed them to grow without changing, gradually allowing them to become different versions of the same people we’ve always known. Shows like Breaking Bad are the ones most closely associated with classical character development, but the writing on Girls makes its own case for subtlety.

Is Girls a perfect show? Of course not. The aforementioned critiques of the show are not baseless–it is about a bunch of entitled white people struggling to find themselves in a city where people struggle with far worse plights. But it’s really okay. Girls never claimed to be about anything more high-minded than growing up, even when its characters did. With time, perhaps the culture will warm to Girls, embracing the show’s artistic successes with the same focus that its shortcomings once saw. Perhaps attention will shift from Lena Dunham’s latest hypocrisy to the sleaziness and flagrant sexism that often pervaded criticism of her show and public persona. Perhaps Girls was the show that the culture needed but did not want. Girls was not here just to have fun.

The final season of Girls premieres on HBO this Sunday, February 12 at 10/9c.