Beyond the Body with the Vagin..

The surge has been attributed to the eerily familiar rhetoric found in 1984 labeled as doublethink and newspeak. Orwell famously wrote, “the Party told you to reject the evidence of your eyes and ears. It was their final, most essential command.”

While it seems that Orwell predicted the rise of a dystopian rule, he just might have predicted its downfall.

In Funny but not Vulgar, an essay regarding comedy and politics, Orwell writes, “every joke is a tiny revolution.”

A revolution that might be well on its way. 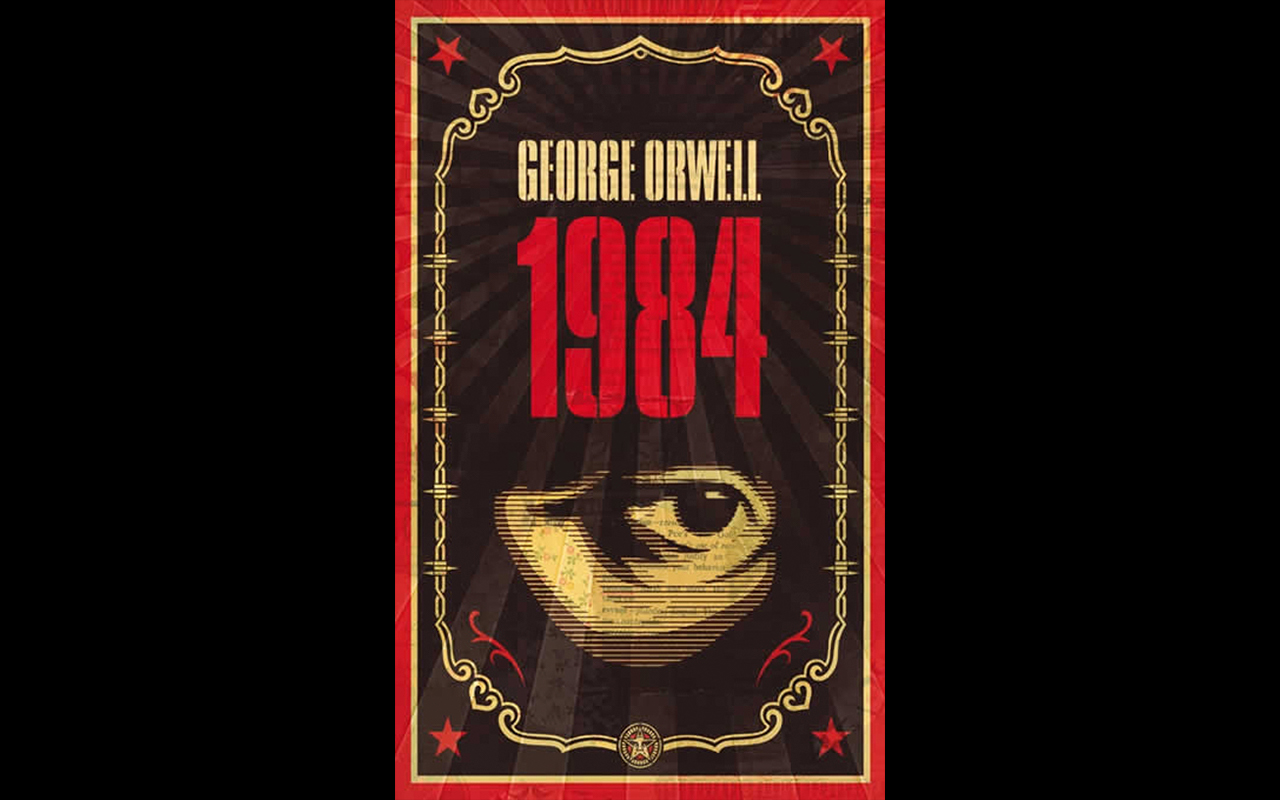 “If you make fun of him, if you ridicule him, or if you just show that he’s not popular.. I’m telling you, my friends, this is how he’ll implode… Let’s form an army of comedy and we will bring him down,” Moore said.

What Moore was proposing was using comedy as a form of protest: a form of protest that has been used successfully in the past. In 1998, the Otpor! movement used satire of the Milosevic regime to spread its message of resistance. Actors in Zimbabwe used satire to protest their corrupt government. Stetson Kennedy and the Superman radio show overwhelmed the Ku Klux Klan with ridicule.

Satire is then almost to be expected in times of unrest and discontent: a feeling of which many in the United States are working through due to the political atmosphere. Something Saturday Night Live is capitalizing on.

Political commentary has always been a part of Saturday Night Live’s repertoire. There was Tina Fey as Sarah Palin, Darrell Hammond as Bill Clinton, Will Ferrell as George W. Bush and Dan Aykroyd as Bob Dole. Hilarious comedian portrayals of politicians have always been key components of SNL since the show first began on the tail end of the Watergate scandal in 1975. 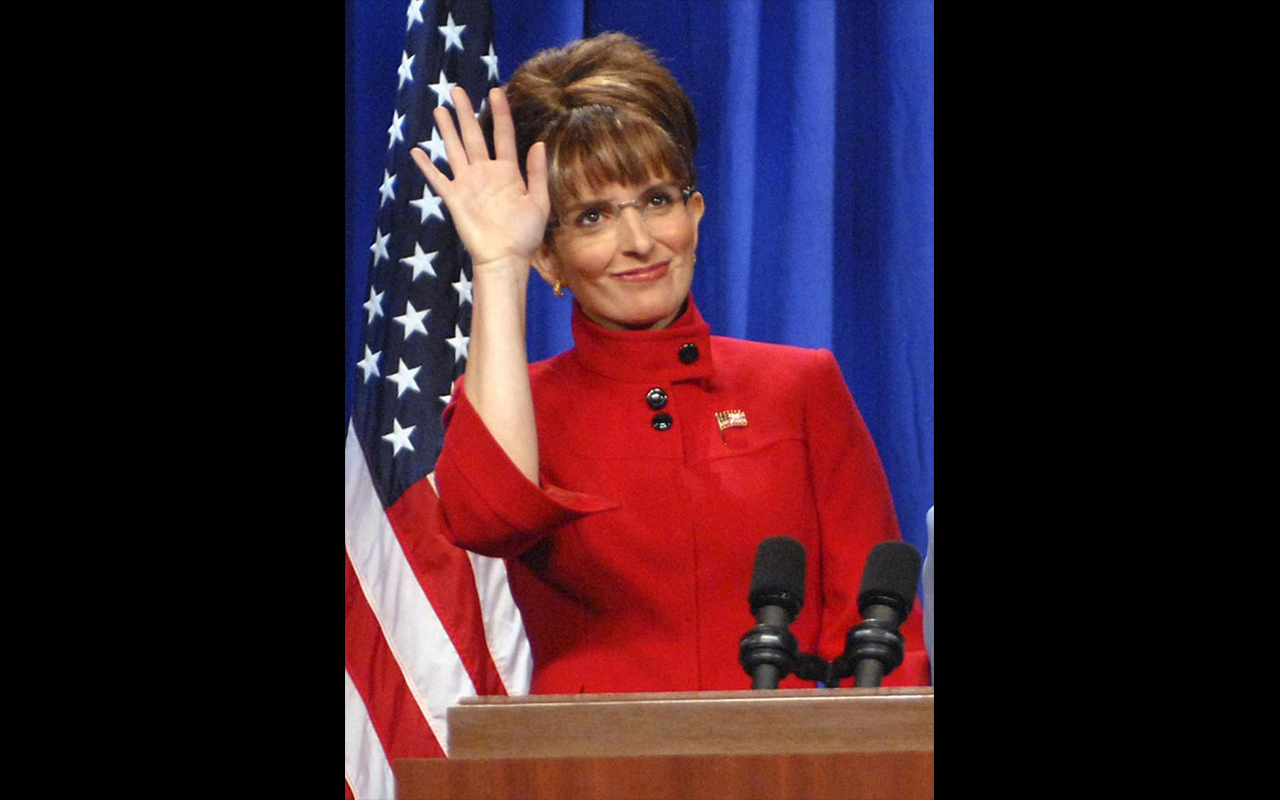 According to Michael Mertz, professor at DePaul University and television history guru, SNL has been making fun of politicians since the beginning.

“He seemed to be accident prone and Chevy Chase made fun of that,” Mertz explained. “It pretty much portrayed Ford as dumb and incompetent.”

Gerald Ford’s press secretary, Ron Nessen, was one of the first politicians to appear on SNL in 1976.

“This shows that right from the beginning, politicians were paying attention to the show,” Mertz establishes. “Nessen would never have gone on if Ford hadn’t given him the OK.”

Since then, SNL has gone after nearly every important politician, including the presidents. 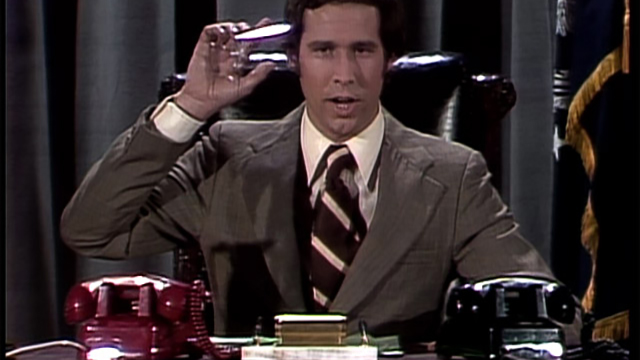 However, then Presidential nominee Donald Trump did not find the portrayal of him to funny or fair at all. He reprimanded the show on Twitter multiple times, stating that SNL is “totally one-sided” and “not funny at all.” He deemed the show “unwatchable” and the “worst of NBC.”

I watched parts of @nbcsnl Saturday Night Live last night. It is a totally one-sided, biased show – nothing funny at all. Equal time for us?

.@NBCNews is bad but Saturday Night Live is the worst of NBC. Not funny, cast is terrible, always a complete hit job. Really bad television!

However, the 26% increase in ratings from the season before, proved otherwise.

“In many ways, SNL is guilty of ganging up on him,” Steeves said. This made it possible for Trump to spin the information, “in terms of look how everyone in the intelligentsia and entertainment are assuming one thing and don’t you want to take that down?”

Since the election, SNL has continued to mock Donald Trump as he trudges ahead in his first one hundred days as president. However, Alec Baldwin’s impersonation is no longer being confined within SNL’s four walls.  On January 19, Baldwin took his act outside of the Trump International Hotel alongside Michael Moore.

“I just want to say, that standing out here in the freezing cold for a long time. I have to pee, but I’m holding it in,” Baldwin said on stage. “I’m going to the Russian Consulate later tonight.”

In response to the idea of comedy being a form of protest, Dr. Steeves explained, “comedy can be revolutionary but you have to be careful with it.”

He stated that while comedy can enact political change it must be done carefully as not to become a way for people to get their anger off of their chests and then to move on. He likens this to a “steam valve that blows off steam that would otherwise make us rise up to action.”

Dr. Steeves’ fear is that, “political comedy can very easily become that.”

Understanding the need for people to act in addition to making fun, Baldwin encouraged protesters to fight and complete the 100 days of resistance promoted by Michael Moore.

Nonetheless, sophomore at DePaul University and student at The Second City, Emma Day has a more positive view of comedy’s potential.

“I think comedy is extremely powerful when it comes to politics,” Day said. “We’ve even seen examples of times when a comedic concept can completely alter the shape of a political event.”

Day is referencing Tina Fey’s impression of Sarah Palin during the 2008 presidential campaign.

“It’s been widely speculated that her amazing impression shifted some people’s opinions about candidates and actually did alter the campaign” Day said, emphasizing the power that she sees comedy to have.

“I think in this hour, comedy is more important than ever because it has the ability to point out hypocrisy and then proceed to make fun of it. This is something the news can’t do, but comedy can totally take advantage of,” Day said.