With ‘Louder Than A Bomb’ (LTAB), the world’s largest youth poetry slam competition, Young Chicago Authors provides the performers a platform to showcase their talent. The LTAB semifinals were hosted in Metro Chicago (Wrigleyville), attracted a large audience and brought performers from all over the city together. 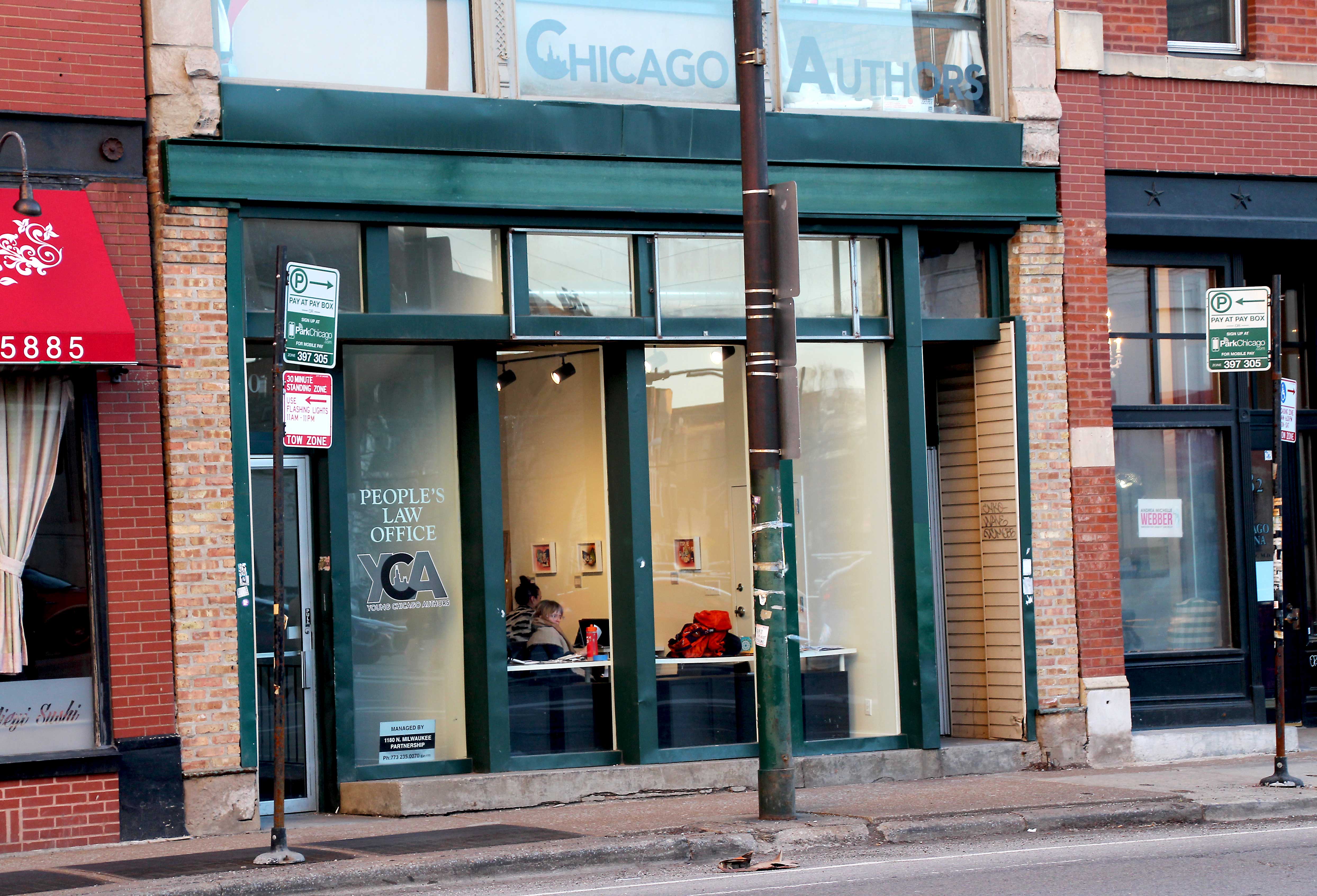 The headquarter of YCA is located in the Noble Square neighborhood in Chicago (1180 N Milwaukee Avenue). This place draws young people from across the city to attend to events like OpenMic Night, where young performers can demonstrate their talent, and Queeriosity, where young people from the LGBTQ community can perform for and connect with others who have similar sexualities. (Bryan Simons, 14 East)

Chicago has been one of the most segregated cities in the US for decades. Young people, by becoming the voices of the communities throughout the city, hold the key to bring the different communities closer together and fight inequality. Chicago’s segregation is the perfect fuel for racial and economic inequality, but Young Chicago Authors (YCA) is an organization that tries to contribute to society by teaching young people from different backgrounds to “understand the importance of their own stories and those of others.” As a result, these young people not only become voices for themselves, but also for their communities.

YCA has created an environment where everybody feels respected. Young people from different communities can feel marginalized in various ways, but at YCA they all have a sense of belonging because of their shared love for lyrical art. Here, they learn to express themselves and learn about perspectives from people with different backgrounds. Not only does this environment create the voices of the future, but it also gives them the open mindset that is needed for the city to come together.

Dominique Chestand has been involved with YCA since she was thirteen years old — first as a student and now one of the people that forges the new generation. “I didn’t really have a social life, so the great thing about YCA was that I met others who were also considered outsiders and who also loved writing,” she says. “It is especially the feeling of belonging somewhere that makes YCA so attractive.” This community-based environment is therefore the perfect place where communities can be brought together by raising awareness about inequality and marginalization. 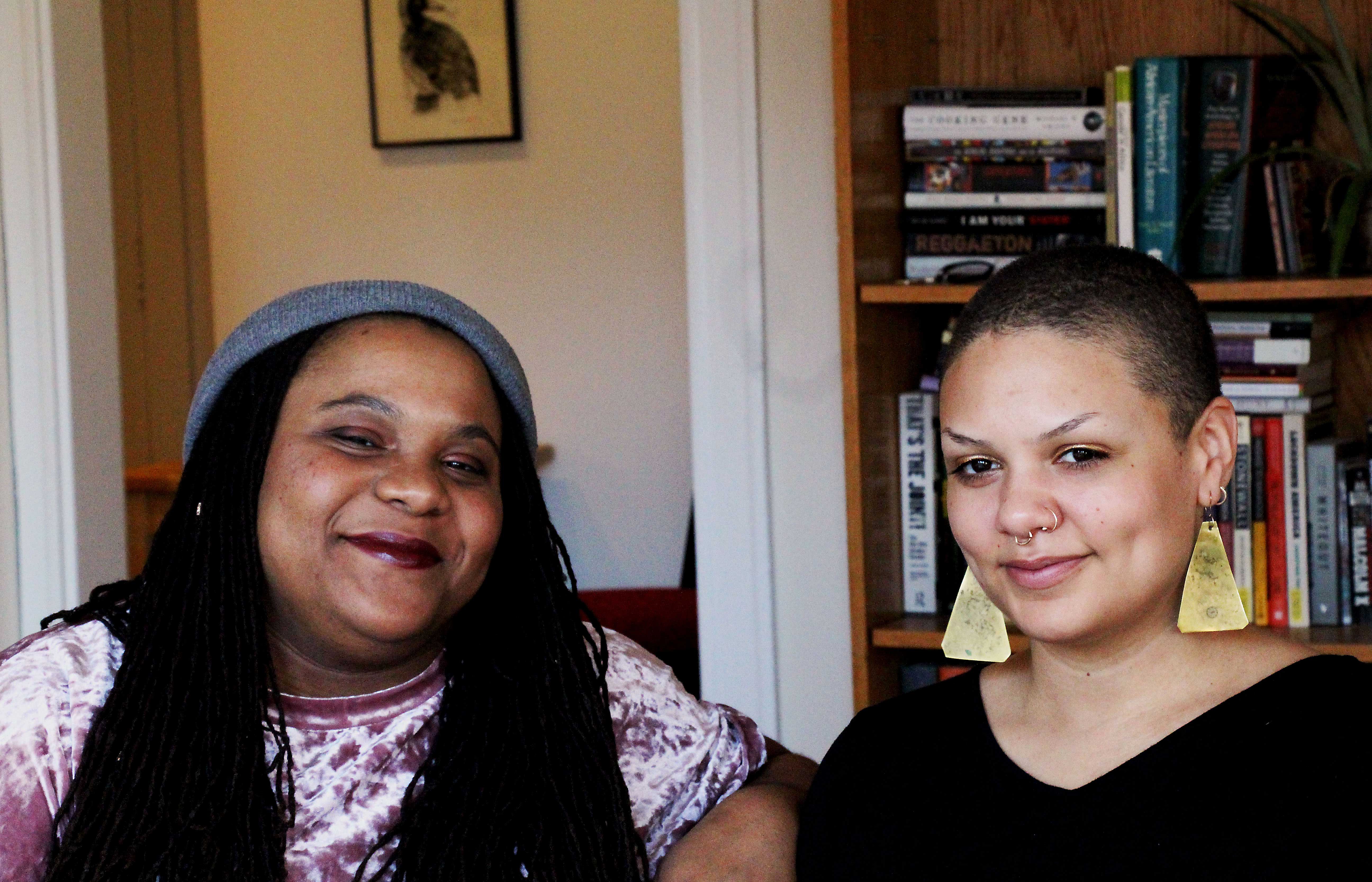 [Top] Dominique Chestand, left, and Xandria Phillips, right, are a queer couple that loves to write poetry. Chestand and Phillips have been together for about a year and here, in Phillips’ apartment in Rogers Park, they love to talk about subjects for their poetry. (Bryan Simons, 14 East)

“I teach them that no one else but them can tell their story, and while they sound like the people close to them at first, they soon start to understand their own uniqueness,” Chestand explains. “And in YCA’s safe place they can express their uniqueness and connect to people from other communities.”  Young people find their unique identity while being influenced by people from other communities, which helps them create a mindset that will enable them to bring the communities together. 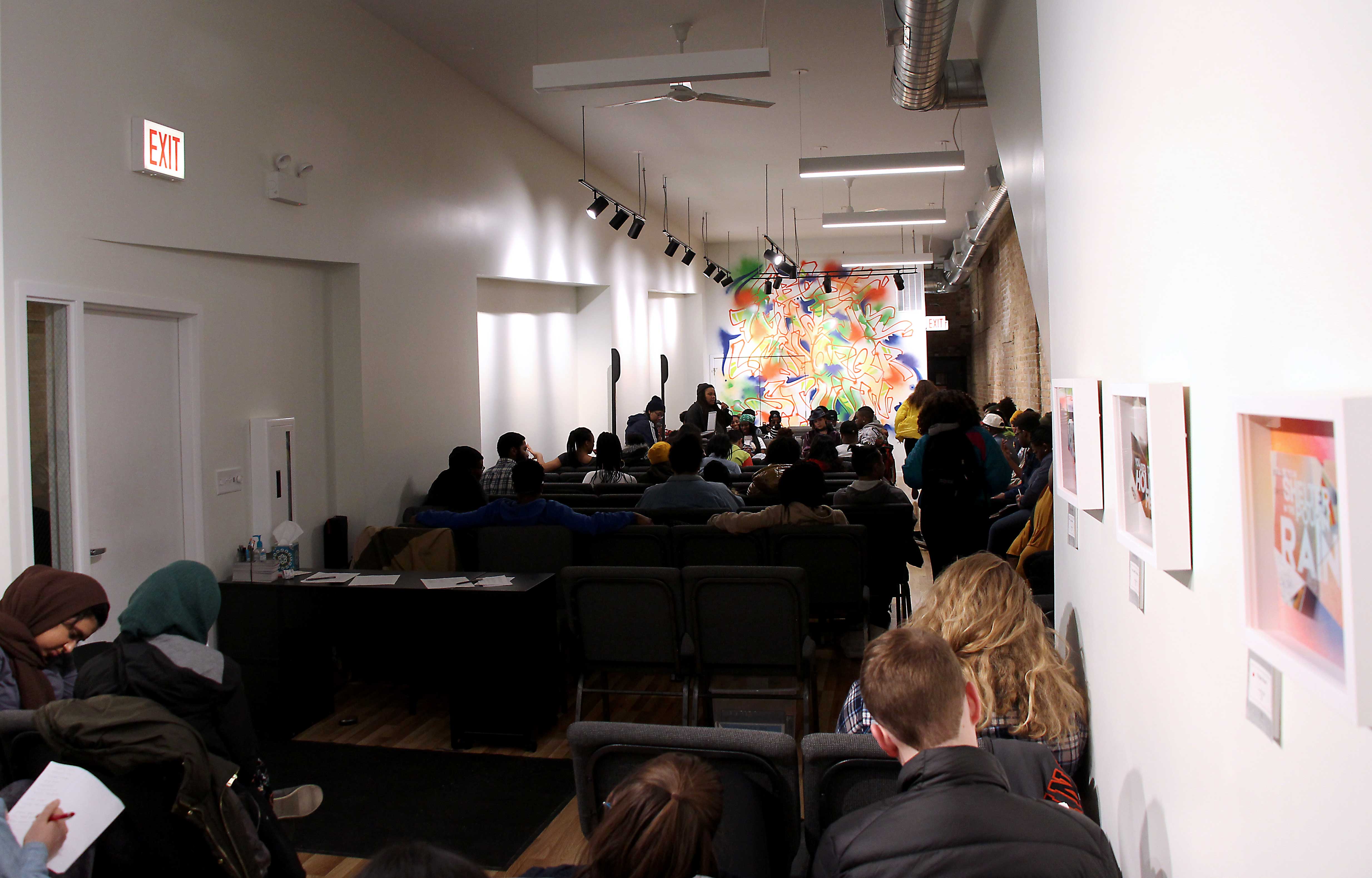 On Tuesday night, from 6 p.m. to 9 p.m., YCA hosts a writing workshop and an OpenMic night, and Chestand has been the host during the month February. In the first hour, she taught the students how to interpret music, poetry and other writings, and she discussed how to incorporate their own work. During the next hour students could sign up for the OpenMic, and they were allowed to perform three minutes of material in front of their peers. (Bryan Simons, 14 East)

As a teacher, Chestand tries to transfer her enthusiasm to her students, which ensures a very friendly and energetic atmosphere at YCA. 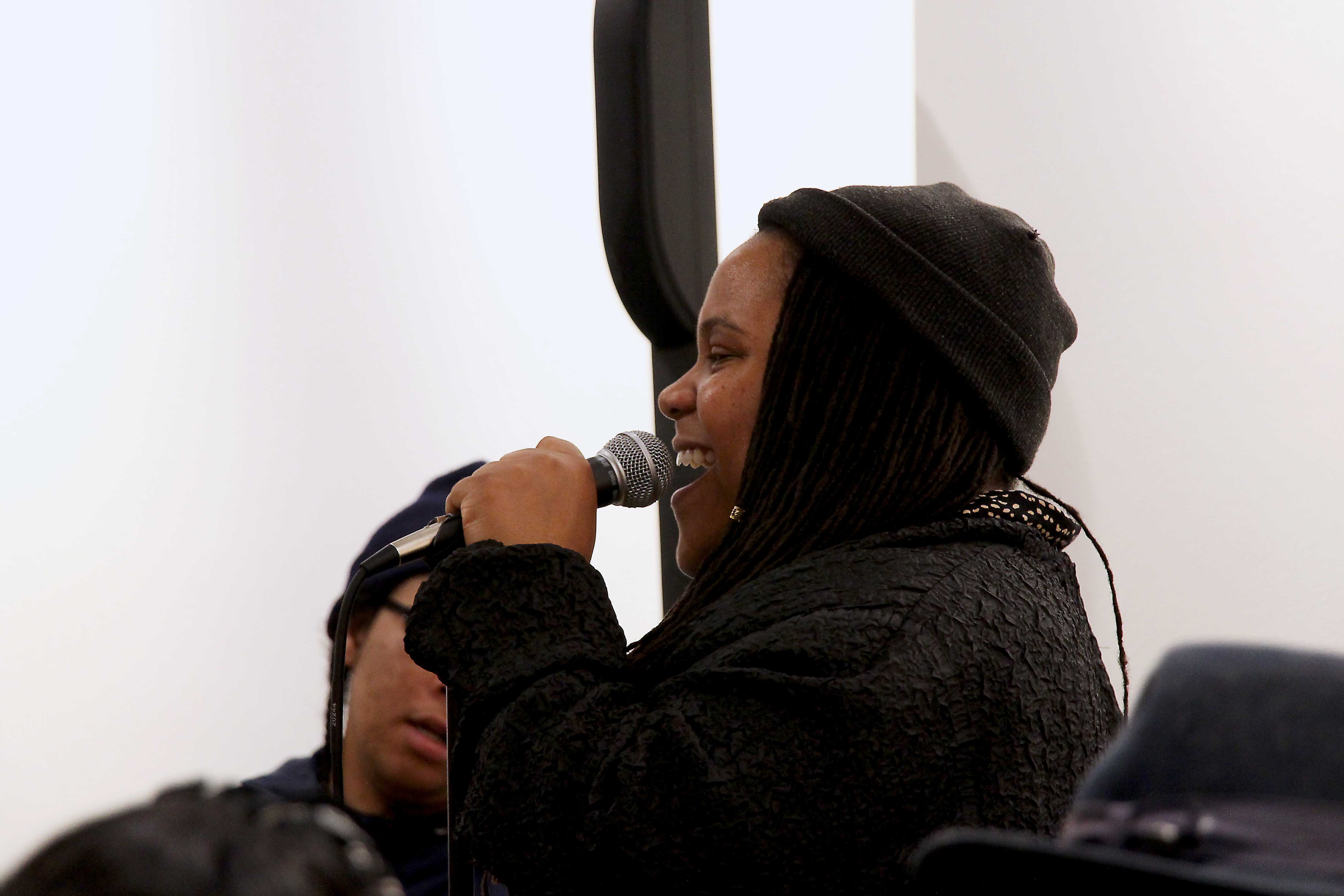 As a teacher, Chestand tries to transfer her enthusiasm to her students, which ensures a very friendly and energetic atmosphere at YCA. (Bryan Simons, 14 East)

One of the most important rules at YCA is that performers cannot use any type of derogatory language to ensure that everybody feels respected and accepted. If performers do choose to use derogatory language their peers may shout “ouch” to say the lyrics were offensive, and the student that used the language has to have a face-to-face conversation with the teacher after the event.

“The teachers showed me that I could actually have a career in writing,” Chestand says. From being the student who aspired to have a similar career as her teachers, she became the teacher that inspires the new generation of students. 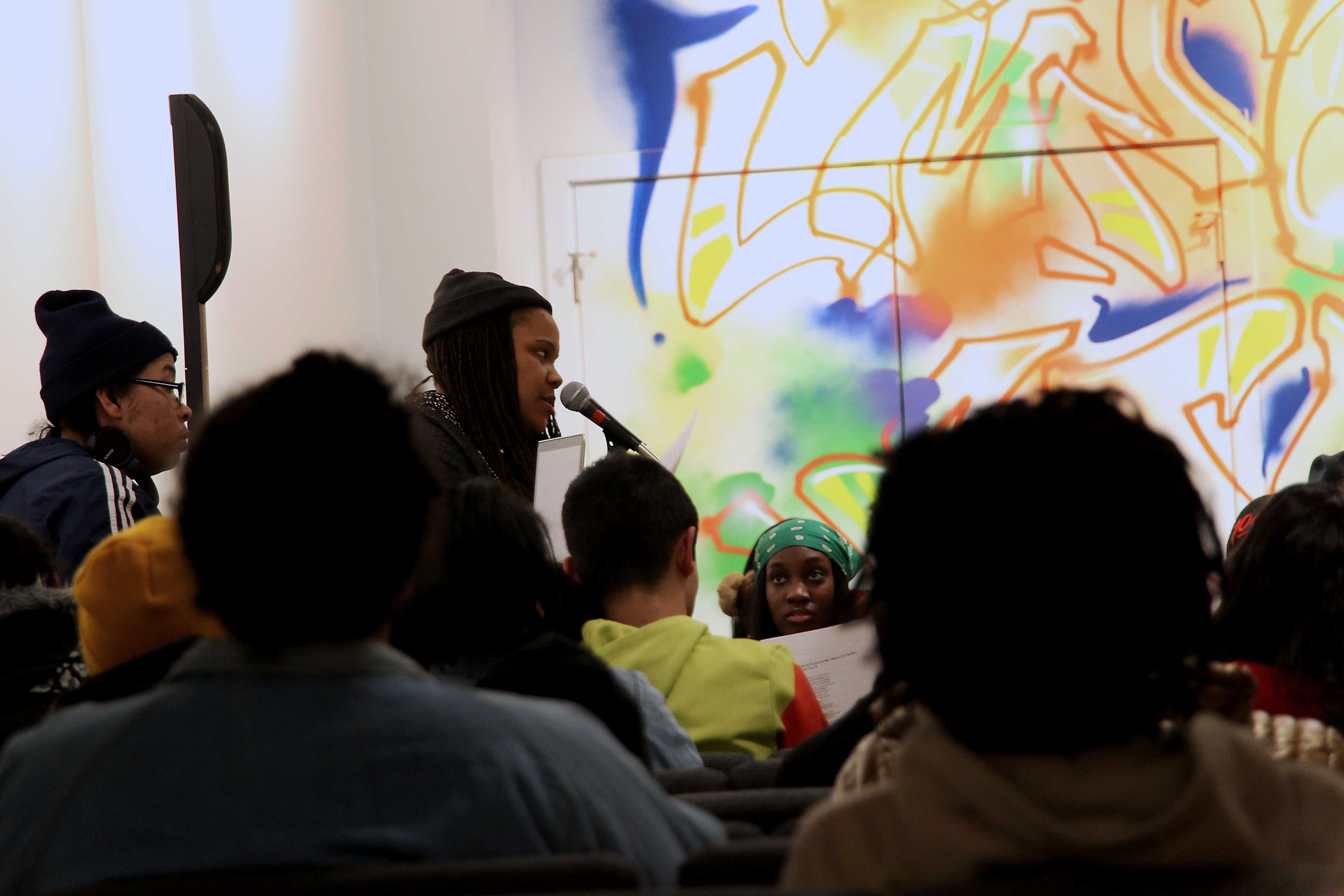 Chestand speaks to the room at a YCA event. (Bryan Simons, 14 East)

One of her students is Darius Arzola, a young queer man who grew up in Humboldt Park on Chicago’s West Side. “I have learned to deal with people from different hoods, and now I understand that they have similar experiences,” he says. “This way, I have learned how people from different communities perceive certain things.” According to Arzola, YCA is a place where people get an open dialogue, and this increases the possibility to engage with issues like segregation. After all, here at YCA, the voices of different communities shape each other, which can close the gap between them.

“I teach them that no one else but them can tell their story, and while they sound like the people close to them at first, they soon start to understand their own uniqueness.”

Being exposed to all the different perspectives that exist inside YCA, the students increasingly desire to be more involved. Darius Burks, another YCA student, says that since he started at YCA, “I have been eager to be more involved with my own community.” Similarly, Arzola aspires to teach poetry in his community because he feels like it is a perfect instrument to create an inclusive environment. “Environments where people from different hoods respect, influence and inspire each other can contribute a lot to the city of Chicago,” he says. 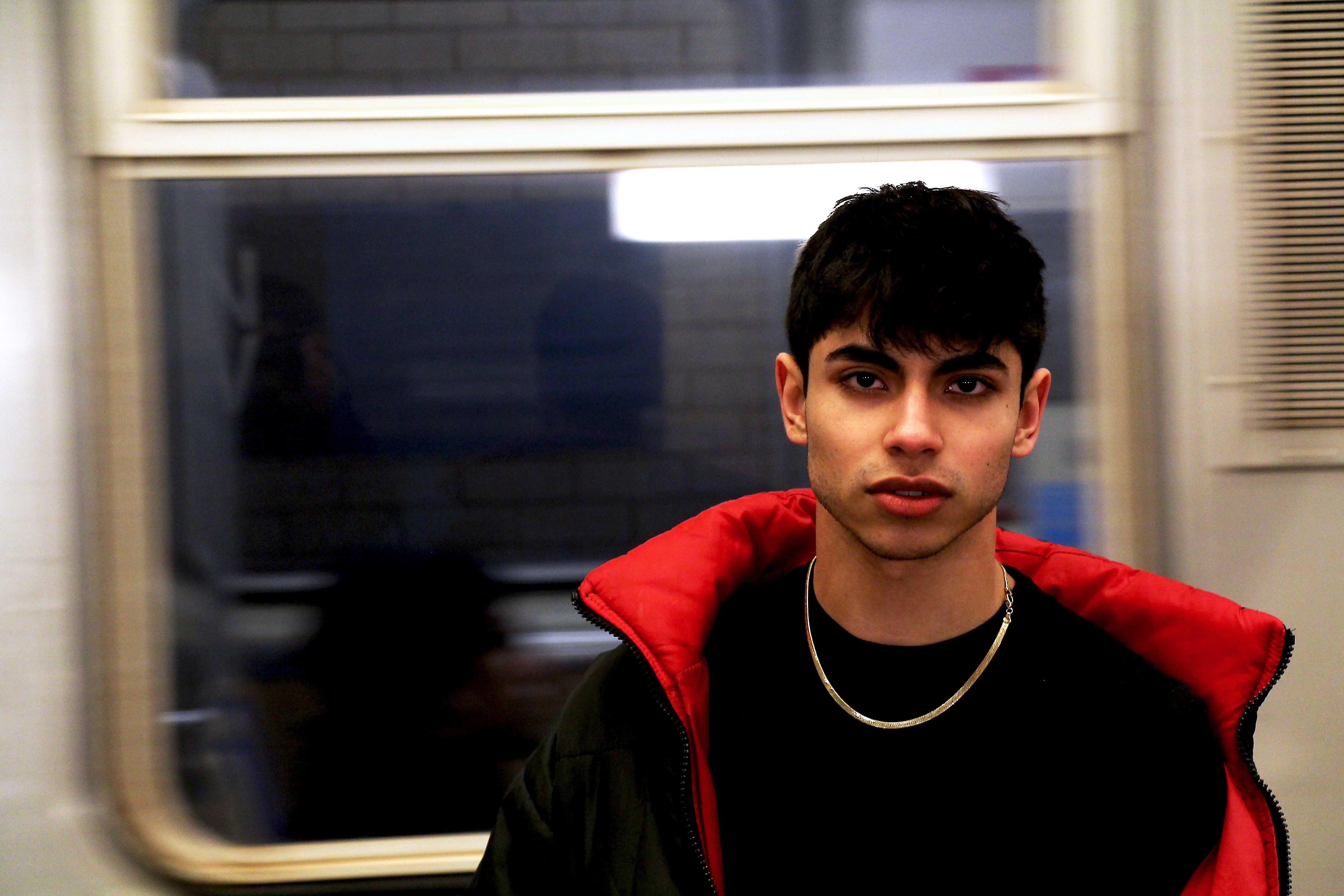 Darius Arzola is a young poet who fell in love with writing and creating poetry a little over three years ago. Since then, YCA has made him more aware about al the different communities of Chicago, and so he came to appreciate the CTA Blue Line even more. This CTA Blue Line shows one a lot of different ‘flavors’ that Chicago contains, and here Arzola finds inspiration for many of his poems. (Bryan Simons, 14 East)

All in all, YCA does not only teach the students how to improve their personal lives, but it also raises awareness about how important their stories are and how they can contribute to their community. By creating an environment where voices from different communities are respectfully forged, YCA has given these voices a space to be heard. This can be the instrument to bring communities from across Chicago together. 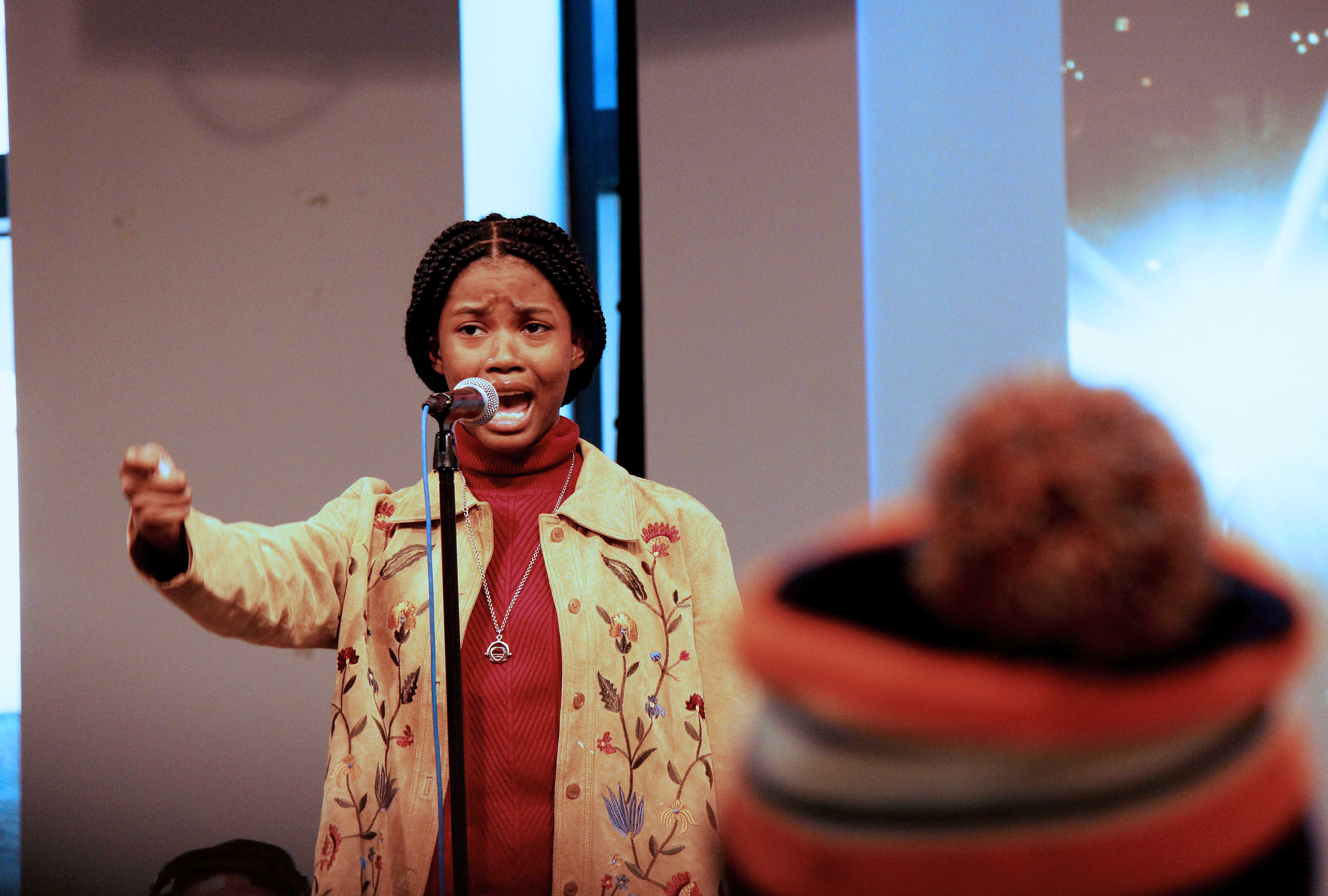 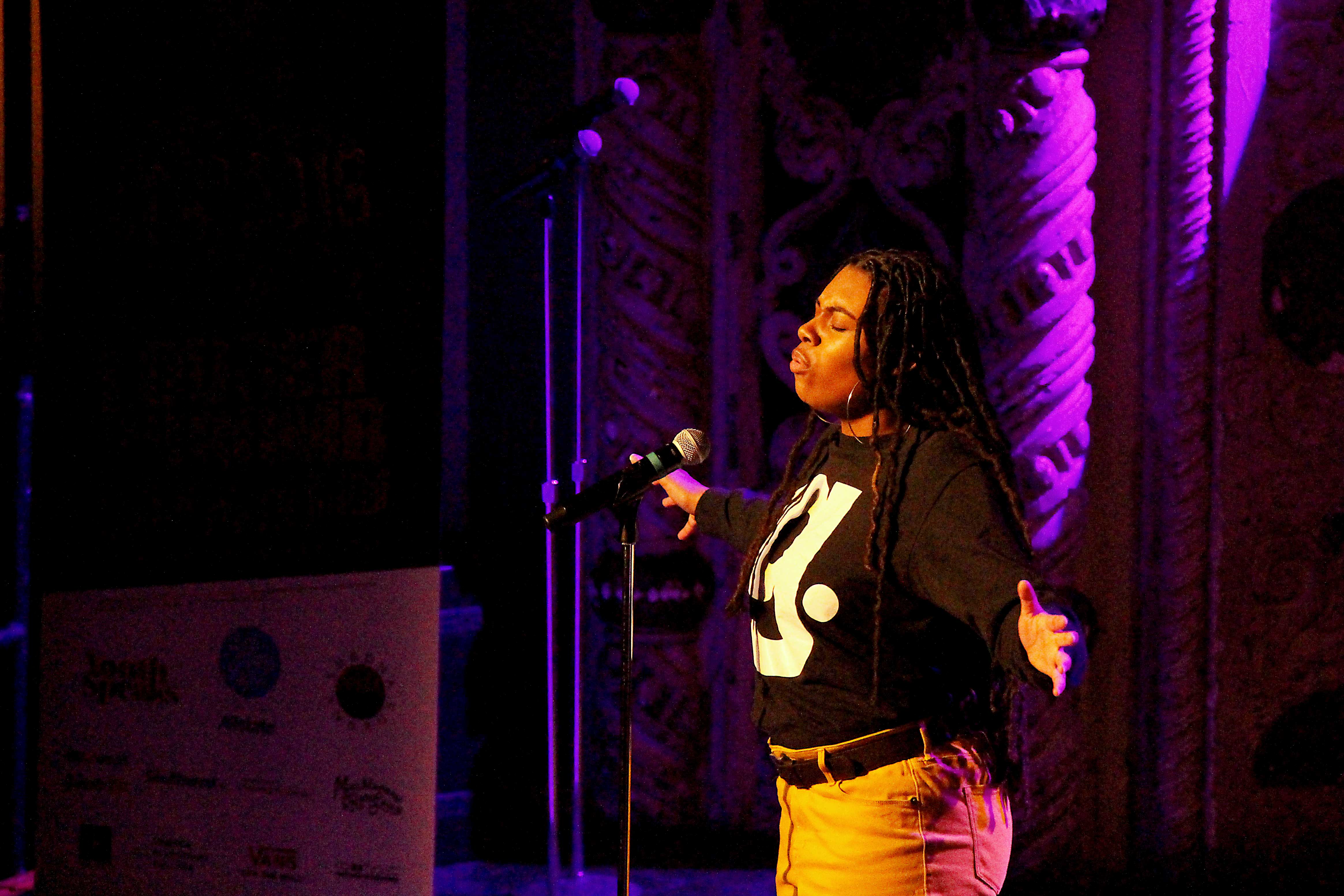 LTAB provides young performers to compete with each other and to showcase their talent to a broader audience. There are more than a thousand competitors from over 150 different high schools, and all of them encourage each other while performing. Not only does this create a large community in which young people show respect for each other, but it also is the perfect platform to make them aware about issues like segregation. (Bryan Simons, 14 East)