On April 19, a small crowd gathered at the Women and Children First Bookstore to hear three poets: Xandria Phillips, José Olivarez and Eloisa Amezcua. H. Melt, a bookseller at the store, opened the event with a quick word about each poet and the bookstore. “Tonight we are here in celebration of ‘From the Inside Quietly,’ the debut book of Eloisa Amezcua. Reading with her tonight is gonna be Xandria Phillips, and José Olivarez.” Each poet then read several poems, and the night finished with book signings. 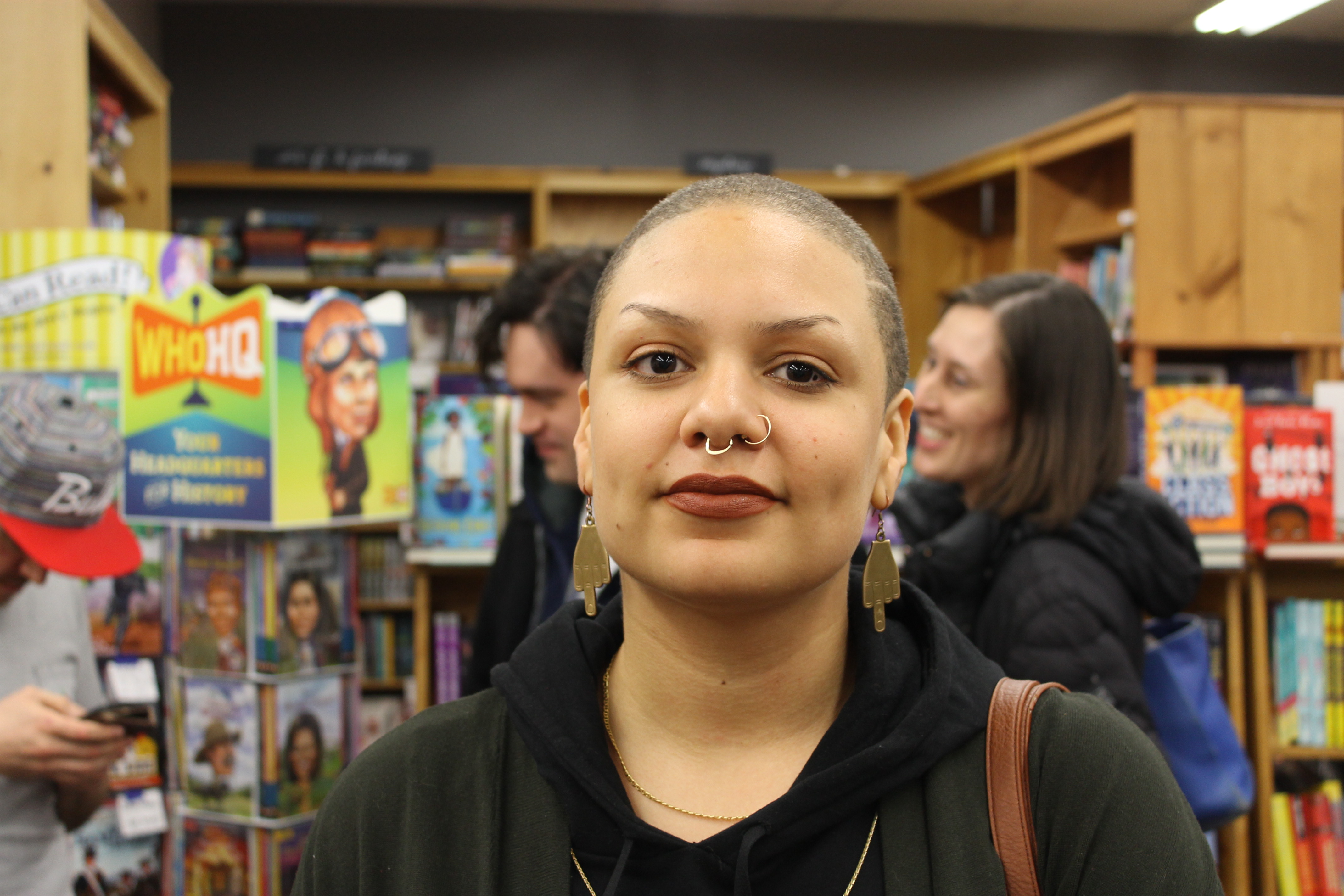 Xandria Phillips has come a long way from her roots in rural Ohio. She said she moved to the Chicago for the exciting energy and opportunities a big city brings. She earned a B.A. at Oberlin College in 2014, where she studied Creative Writing and Africana Studies. She has published two books: “Hull”  and “Reasons For Smoking.” Her poetry focuses on race and queerness.

Phillips opened with the poem “Erica Garner and John Henryism.”

The second poem she read was titled “Without a Black Mother.”

“It’s probably one of the hardest things I’ve ever written,” Phillips said, referring to “Without a Black Mother.” After a pause, she laughed and said: “That’s a dramatic thing to say, but it’s true. You’re welcome. You get to hear it.”

A few poems later,  Phillips then read a piece called, “Sharks are Older than Trees.” Before starting, she apologized to the room.  “I really tried to not read a shark poem, but I am going to read a shark poem, just FYI,” Phillips said. “ I’m sorry if you’re hearing it again, but I really like it.”

Phillips said she has written several poems about sharks, including the poems “Beached Shark as a Blues Poem” and “For A Burial Free Of Sharks,” which won the fifth annual Gigantic Sequins Poetry Contest in 2016.

She finished with this poem: 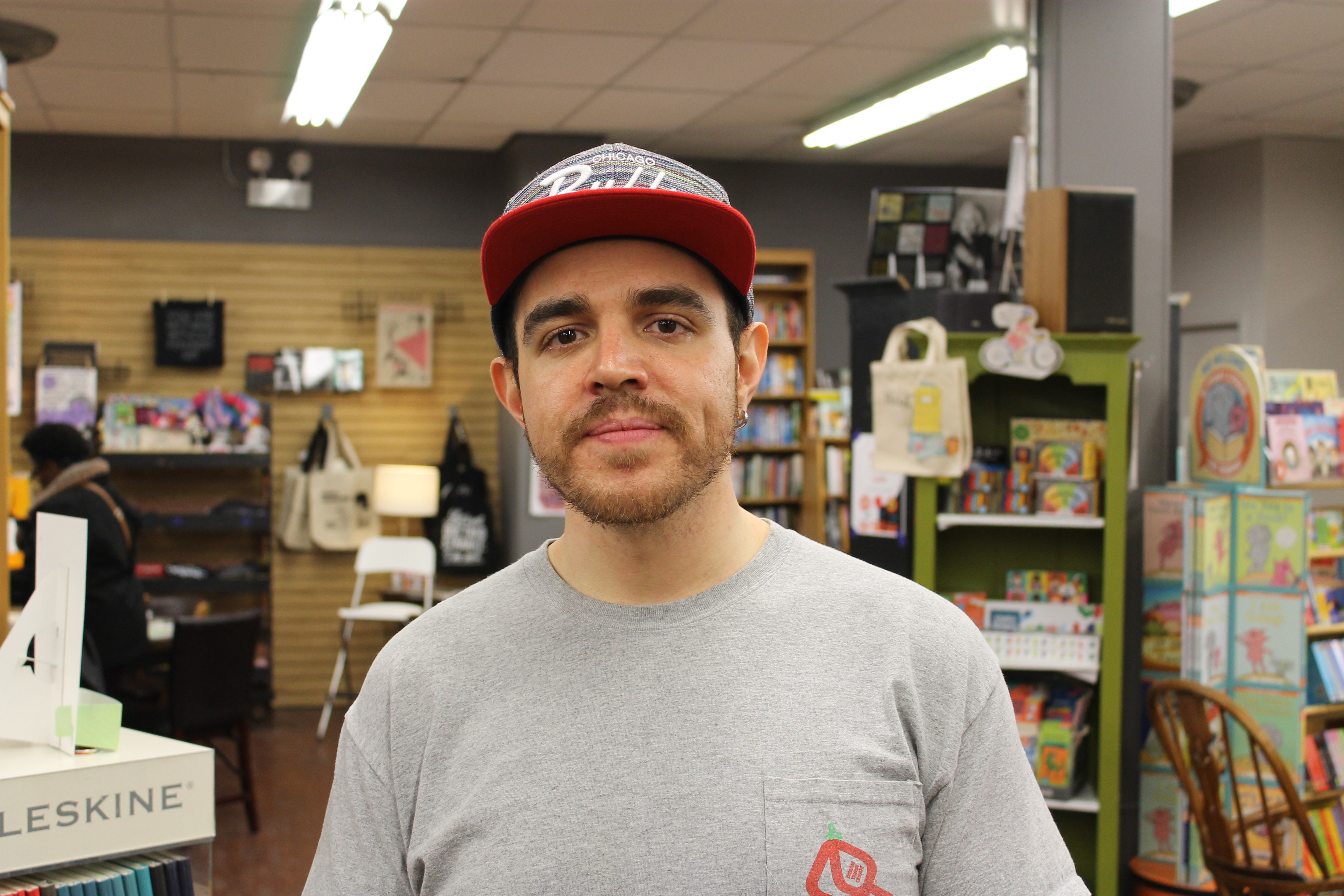 José Guadalupe Olivarez is a man of many talents. He graduated from Harvard University, co-authored the book of poems “Home Court,” co-hosts the podcast “The Poetry Gods,” and works as a marketing manager at Young Chicago Authors. Much of his poetry focuses on being the son of Mexican immigrants.

He also has a new book, “Citizen Illegal,” debuting in September.  “Like a little sibling, it’s on its way,” Olivarez said.

He began with a poem titled, “My Parents Fold Like Luggage.”

After reading a few more poems, he read a piece called “Gentification” about Latinx immigration and life in the U.S. 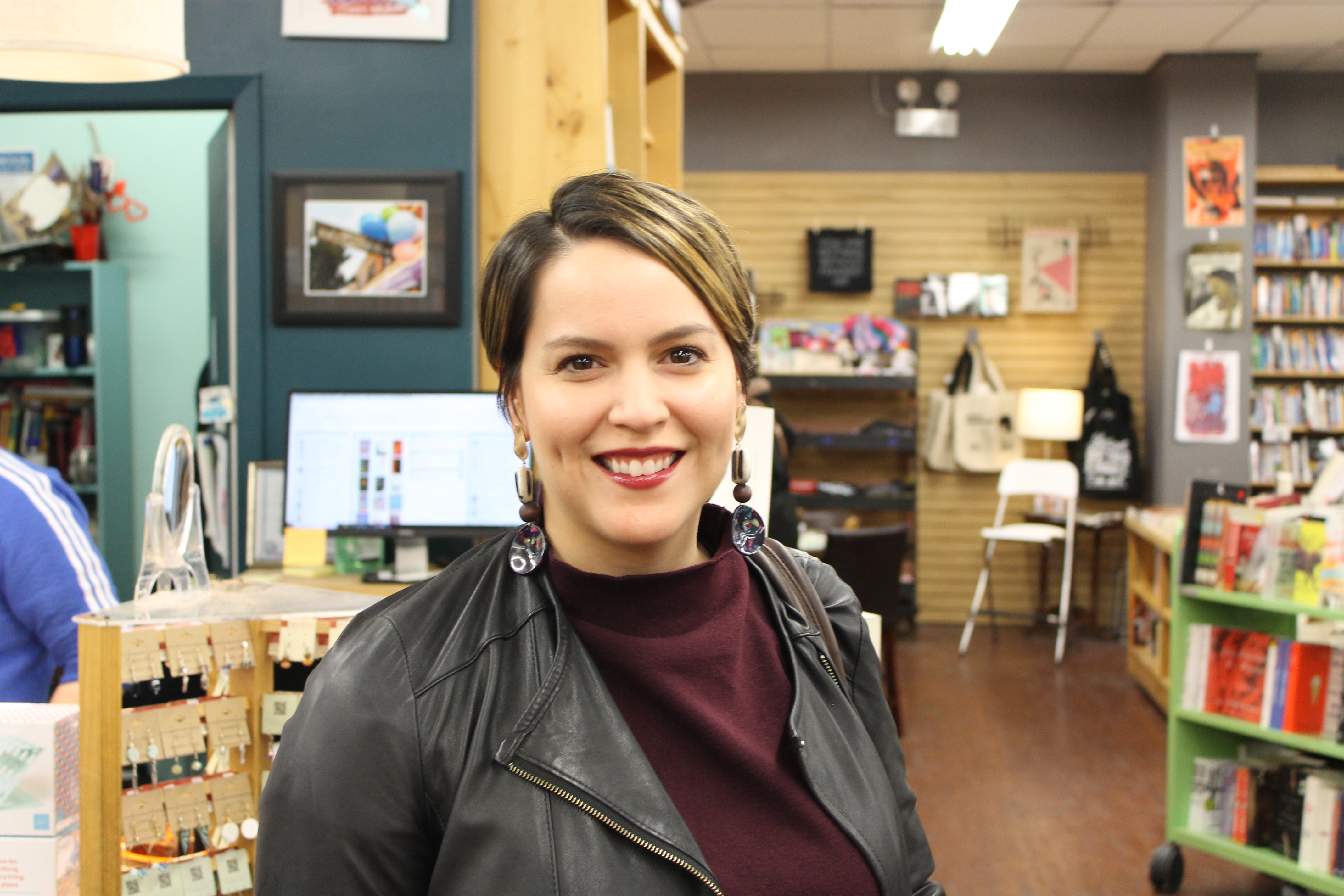 Eloisa Amezcua was the final poet of the night. She was also the only poet not based in Chicago; she is an Arizona native. She is a MacDowell fellow, and her debut collection, “From the Inside Quietly,” came out in March 2018. In addition to writing poetry, she also translates Spanish poems into English.

She opened with a poem titled, “THERE WAS NOTHING TO DO BUT HURT EACH OTHER IN A PLACE LIKE THAT.”

Amezcua read a few more poems from her published collection, and then read some newer poems. She said she and her friends were trying to write a poem every day for National Poetry Month, and that she read us a few of those poems.

“I think most of us in this room who are doing it have like ten,” she said. “So, all my poems for the month have the same title, and we’re doing sonnets.”

The title she chose for the poems is “I Haven’t Masturbated in Five Days for Fear of Crying.”

After the readings H. Melt thanked the everyone, and the authors signed books and talked to the attendees. Many people in the audience were friends of the poets, and the poets, employees, and attendees conversed as the event wound down in Andersonville.