Dirty Boy Dolan and His Debut ..

DePaul Basketball Builds Teamwork On and Off the C...

DePaul Basketball Builds Teamwork On and Off the Court

At some point in the history of humanity, we began forming groups. In our earliest iterations, humans grouped together for survival: for gathering food, raising infants, crafting tools. It’s clear that functioning in these groups has become the core of the world we live in. We have extended families, networks of friends, colleagues, corporations and entire governments built upon the idea that we can accomplish more when we work together.

But some of these groups work better than others. Friends split up, companies dissolve, nations collapse. So at some point we ask ourselves: what makes a group really work?

A ubiquitous and accessible example of this conundrum is a college sports team. College athletes spend day-in and day-out together for months, all to achieve one common goal. So what wins that championship? What puts one team above another?

“It starts with chemistry,” said Jaylen Butz. Butz, a rising sophomore, recalled winning a state championship with his high school basketball team, citing the bond within the team as a reason for their success.

“You could have the most talented team, but at the end of the day if those guys don’t like each other or if everyone has their own ego, it’s hard to put it all together,” he said.

This sentiment is shared by his teammate Eli Cain, a rising senior.

“It doesn’t matter what status or role you have on the team, we can all tell each other if you’re not doing what you’re supposed to be doing. You’re gonna hear about it,” Cain said. “That goes back to chemistry, just knowing that you’re not above anyone else and you’re not below anyone else. We’re all on the same page and trying to do one common thing. And I think when the whole program understands that, that we’re working toward one common goal, it makes everything easier.”

However, the process for cultivating this chemistry doesn’t have a set formula. It takes time, energy and individual will to commit to that process.

“Here, we’re like sisters, on and off the court,” said rising senior Ashton Millender. “We go out together whenever we want, nothing is forced. We’re either hanging out in the dorm together or we go out bowling, go to the movies — just little stuff. It helps a lot on the court because you know each other and your roles.”

Both the men’s and women’s teams’ players said that it’s these hours spent together off the court that translates into success during the season.

“You know that you’re there for each other and your teammates have your back, you can trust them, and that makes it easier to play on the court,” said graduating senior Lauren Prochaska. “Knowing that you trust your teammates and you love your teammates, that you can count on them. It makes the fluidity of play a lot more in sync.”

And although the bonding and closeness comes from within the team, Prochaska and Millender both said that there is a larger emphasis on teamwork and selflessness ingrained into the program by head coach Doug Bruno.

“Anytime you win an award in the Big East, you have to do something for your teammates,” Millender said. “Even though you got the award, you couldn’t have done it without your teammates, so you gotta give back to them.”

This usually comes in the form of Insomnia Cookies, or, in the case of one teammate, bringing in venison jerky from Millender’s hometown in Southern Illinois. This sense of appreciation holds the team together throughout the trials and tribulations that come with each season.

Not “pointing the finger,” or blaming individual mistakes for the outcome of a game, is part of maintaining this team bond, Millender said.

Sticking together throughout these tests makes the season’s triumphs resonate that much more.

“It wasn’t relief as in ‘Oh, we finally did it,’ but moreso relief in the sense that we always knew we could do it,” Prochaska said about winning the Big East championship. “The celebration and experiencing and living in those moments with people that you really, really care about makes it 10 times better. Because we’re so close and treat each other like we’re family, it just makes the moments that much more special.”

Prochaska also attributes some of the team’s success to the support of the DePaul Athletic Department and the holistic approach to coaching by both Bruno and upper-level administrators.

“No one is better than Jeanie [Athletic Director Jean Lenti Ponsetto] at making sure her student athletes have the resources they need to be successful and providing opportunities for us to succeed,” Prochaska said. “If I have an injury she’s the first person to come up and say, ‘Oh I saw that you had an injury on the injury report, how are you doing, are you ok?’ Just to know that my athletic director knows me by name and cares enough to even read the injury report and ask me how I’m doing.” 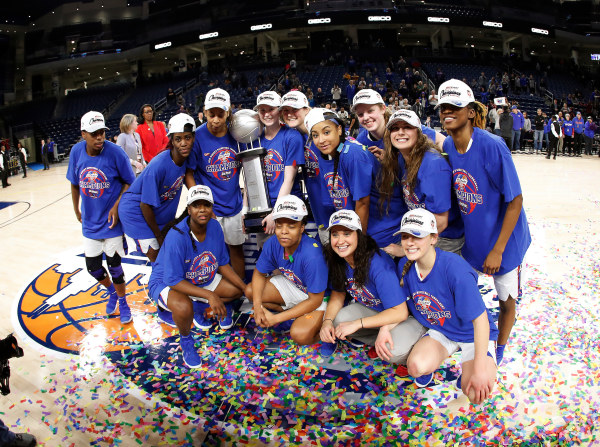 Prochaska said her support as well as that of the team stands amid recent criticisms of Ponsetto by fans and alumnus, including calling for her termination via a GoFundMe campaign this past March.

Dealing with negative commentary from fans is another aspect of the collegiate athlete experience that can test the temperament of both the individual and the team as a whole.

“It’s more about our control and what we can do, not the outside world. It doesn’t really matter what other people think,” Butz said.

Particularly in relation to the men’s team, negative comments often stem from fans invoking the success of the DePaul basketball program in the ’80s under the guidance of venerated former Head Coach Ray Meyer, and drawing contrasts to the team’s more recent records.

Fans expressing negative opinions on social media, in ways that are more accessible and pervasive than ever before, also situates college athletes in a frustrating predicament. 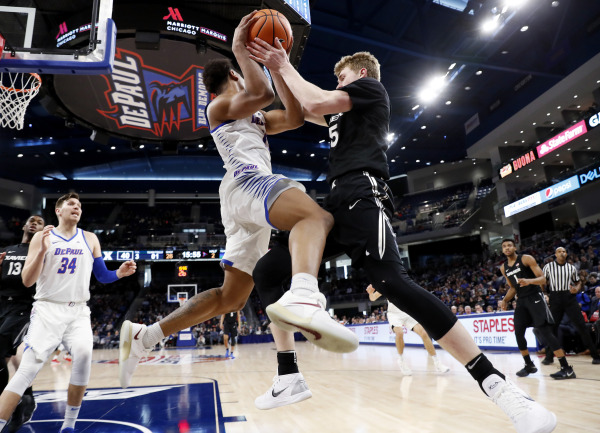 However, being able to focus despite the sometimes discouraging messages from social media seems to be a key element to success of a college basketball team in today’s world.

And as fans, it’s important to understand the limitations of an outside perspective into the inner workings of a Division I sports program.

Twitter fandom, history and program politics aside, true success seems to lie in a particular sort of solidarity: this perfect harmony of willpower and strength on the part of individuals to not only work toward one common, tangible goal, but to do it together. To create a connection that transcends wins and losses, and lasts longer than any one season. To create a family.