Throughout the winter quarter, DePaul University’s Center for Black Diaspora displayed a film festival series centering around the cultural aesthetic of an often overlooked genre, Afrofuturism. Afrofuturism combines African culture and artistic taste with elements of science fiction to create something that is beautiful, creative and promotes the self expression and representation of Black artists.

“Whether through literature, visual arts, music or grassroots organizing, Afrofuturists redefine culture and notions of Blackness for today and the future,” said author Ytasha L. Womack in her book “Afrofuturism: The World of Black Sci-Fi and Fantasy Culture.”

Similar to the overwhelming majority of genres, sci-fi is majorly white-dominated, therefore it is very rare to see a person of color take on a lead role. This is especially true in mainstream film, but Afrofuturism breaks away from these misguided norms putting Black people at the forefront of these stories.

“It’s creating Black presence in the future,” said Juelle Daley, assistant director of the Center for Black Diaspora and the coordinator of this event. “One of the key factors in distinguishing [Afrofuturism] is that the characters that are in the future are Black characters. They’re not absent from it and they’re not the background.”

The recent success of the 2018 film Black Panther has brought a lot of attention to the subject, but the concept is not a new one. These themes have been seen in the form of art, music and literary works since before the term “Afrofuturism” was coined by Mark Dery in his essay “Black to the Future,” published in 1993.

“Black Panther, the Marvel movie, was kind of one of the reasons,” said Daley when asked if the new film had inspired the theme for this year’s film festival. However, it was not the only thing that inspired this year’s lineup. Cultural events like Afropunk and literary works from authors like Ytasha L. Womack and Octavia Butler were also large players in Daley’s decision.

The first film screening was of Supa Modo directed by Likarion Wainaina in 2018. It was heart-wrenching and opened my eyes to some harsh realities. The main character, Jo, is a nine-year-old girl from a Kenyan village who is suffering a terminal illness. Her mother, a strict but loving midwife, does her best to keep Jo comfortable. Despite her illness, Jo dreams about one day becoming a superhero. The village rallies together to help this little girl’s dream become realized, while also helping support her mother. 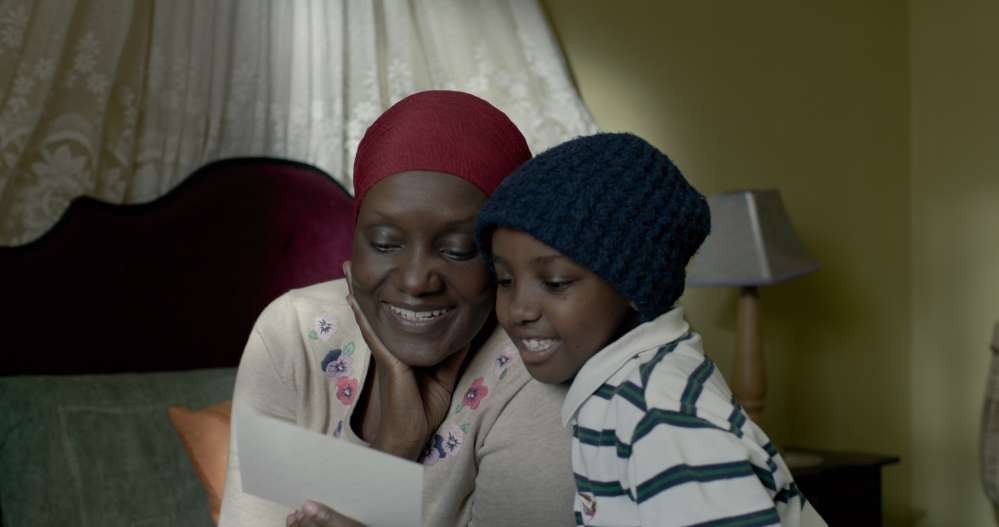 The culture of the village in this film is what makes it so powerful. The way everyone helps take care of one another, building props and sewing costumes in order produce their very own superhero movie starring Jo, is what makes Supa Modo stand out amongst other films that similarly deal with grief.

But what makes the film “Afrofuturistic?” There is a very mysterious element of magic realism and fantasy. As we start to wonder after a series of unexplainable events, could Jo really be a superhero? The ambiguous ending — after an unexpected but uplifting twist — leaves us wondering. 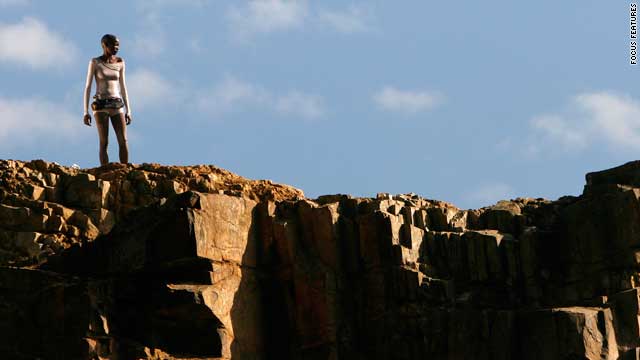 Pumzi, directed by Wanuri Kahiu, was an example of Afrofuturism in a more obvious way. The science fiction elements in the film are inarguable, with advancements in technology, the aftermath of a war for water and an authoritarian society at the brink of collapse, all playing a critical role in this short film. Something that sets it apart — apart from a Black cast — is the incorporation of stylistic elements in order to create costumes and makeup design that reflect African culture, not unlike some of the costume design seen in Black Panther.

The heroine sets off on a journey outside the walls of the dehydrated unground society after a mysterious soil sample is left on her desk is found to have an abnormally high water content. She travels through what looks like a barren wasteland in search of any hope for the future. Short but effective, this film makes you consider the resources we often take for granted and serves as a warning for the future. 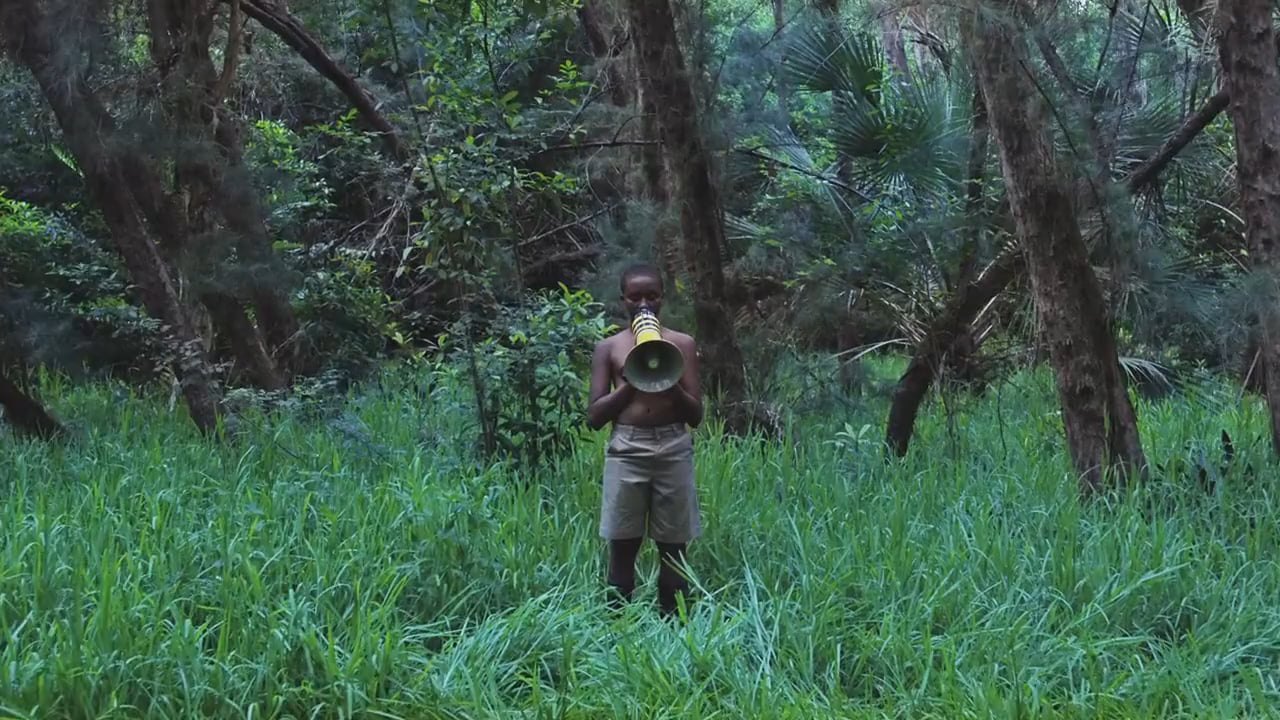 Still from Swimming In Your Skin Again

Next, was the film Swimming In Your Skin Again directed by Terence Nance, a film that leans toward experimental stylistically, its content is very thematic and its sequences are dreamlike. The film doesn’t have as much of a dialogue between characters. It flows more like a poem and the bold colors, musical accompaniment and a variety of displayed performance arts create an air of surrealism and mysticism. Through the African American lens, this film creates a metaphor between motherhood and the ocean, along with adulthood and nature. This film also speculates what could be some major issues in the future if we do not respect nature.

The series of shorts concluded with Kwaku Ananse, directed by Akosua Adoma Owusu. The films draws a parallel between the popular Ghanaian fable “Anansi the Spider,” and the life of a young girl named Nyan Kronhwea. Nyan, while is struggling with recent the death of her father, finds out he was living a double life. This short emphasizes that like Ananse who appears in the fable as both man and spider, there are two sides to everyone, everything and every story. The vibrant color and beautiful cinematography in the short film emphasize an element of other worldliness that adds to the fantasticalness of the film.

Touki Bouki, directed by Djibril Diop Mambety is a classic African film from the 1970’s. It’s famous for its avant-garde style that pushes it into the realm of experimental, new wave-influenced filmmaking. Beyoncé and Jay-Z even pay homage to the film in a promo for their 2018 On the Run II tour.

The story is about a couple trying to migrate from Senegal in order to enjoy the life of luxury, that they assume is waiting for them in Paris. They do so by stealing and scamming, but their escape does not go quite as planned. The structure of the narrative is non-linear and editing is sometimes fragmented and looping, the sound design reflects that and was likely the foundation for editing the film. 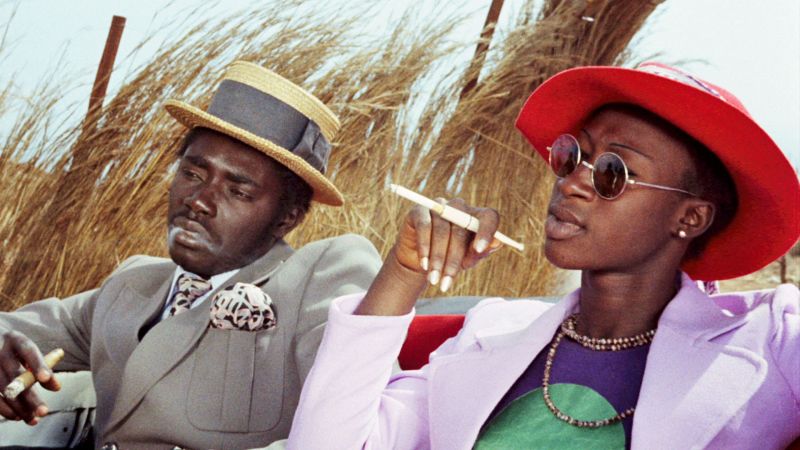 Within this complex film are many messages, themes and metaphors, such as immigration, tradition and both African and French culture. One of the most compelling parts of watching this film is sorting through all the information and messages being given to you and finding the meaning behind it, in order to piece together the puzzle that is Touki Bouki or “the journey of the hyena.”

The final film in the series, Last Angel of History, directed by John Akonfrah, will be screening March 7th from 4:30-6:00 p.m. in the Richardson Library JTR 300.

The Center for Black Diaspora is currently planning a follow up to the winter film festival with an art exhibition, in the Spring, featuring a variety of different creative works by Afrofuturist artists.

“We’re trying to highlight practitioners. . . to bring in real people that you can sit and meet and talk to,” said Daley. “They’re going to be engaging with people who come [to learn] about how Afrofuturism, as a theme, is represented in their work, whether they’re a musician, a visual artist, a novelist or a musical composer.”

You can find more information about DePaul University’s Center for Black Diaspora and future events here.