Remembering Wells: The Life of..

Filling Our Hearts and Mugs in Wicker Park’s Cat C...

Filling Our Hearts and Mugs in Wicker Park’s Cat Cafe

How do you take your coffee? Black? Skim milk? Cream and sugar? In Wicker Park, you can enjoy your daily dose of caffeine in the company of cats at The Windy Kitty Cafe and Lounge. Cat cafes have been popping up around the world since the late ‘90s and have made their way to many U.S. cities in the hopes of giving rescue cats loving homes. This quickly became Jenny Tiner’s mission when she opened up her very own in Wicker Park.

Tiner came across a cat cafe for the first time while taking a trip to Scotland. To say she fell in love with the idea of cat cafes would be an understatement — it was a place combining the coziness of a coffee shop with the playful, comforting feeling that comes with being around cats.

“I called my boyfriend and I was like, ‘Have you ever heard of anything like this? It’s the cutest thing I’ve ever seen!’” said Tiner.

While there were cat cafes in many American cities like New York City, Philadelphia and Boston, they were lacking in Chicago — so she decided to make one herself in Wicker Park. So, with research, fundraising and a whole lot of love, Tiner opened up Windy Kitty’s doors on December 18, 2017.

“It’s everything I love in one space,” said Tiner. “We’re doing some good in the community and having fun while we do it.” 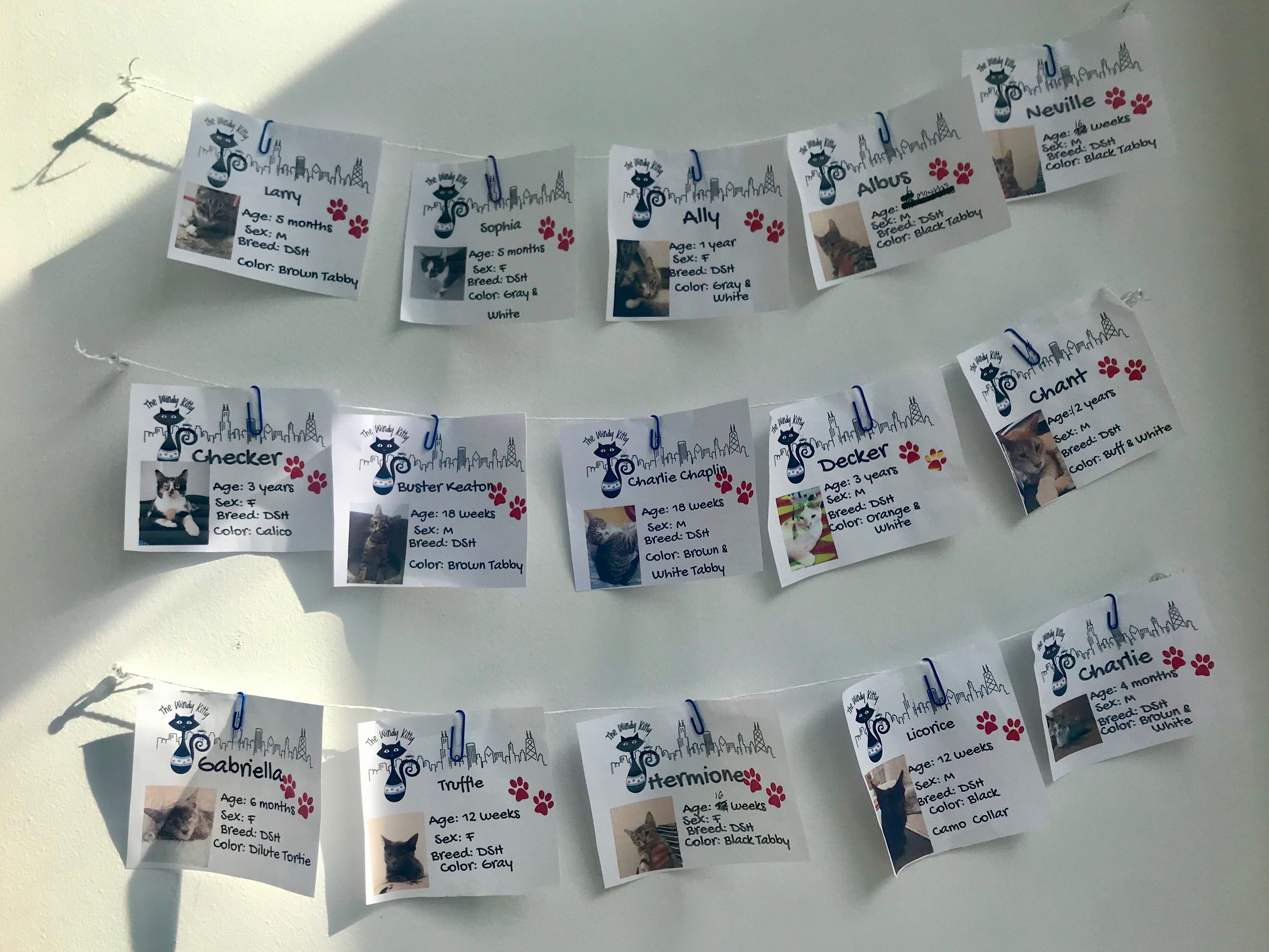 The mission of the organization is to take in cats from shelters and place them in an interactive space for people to visit and eventually adopt. Patrons can make an online reservation to spend an hour in the lounge or in the kitten nursery (yes, you read that right) for less than $20. The lounge houses about 25 cats at a time of various ages and personalities. For the Harry Potter fans out there, you can find the 16-week-old black tabby cats Neville and Hermione casting spells with their favorite toys in the lounge. You can find cats on the older side too, including 12-year-old Chant.

“Chant just had something about him,” said Tiner. “I immediately connected with him at the shelter and needed to take him in.”

Older cats with health issues like Chant are often ignored in traditional shelters — and Tiner is always aiming to change that.

“We’re all about inclusivity,” said Tiner. “We have cats of all different ages, even FIV (feline immunodeficiency virus) positive cats. What’s important is more visibility.”

When the polar vortex came to town in February, Tiner organized a team to make shelters out of household storage bins and taken to areas where stray cats roam. “I couldn’t sleep thinking about the ones outside,” said Tiner. 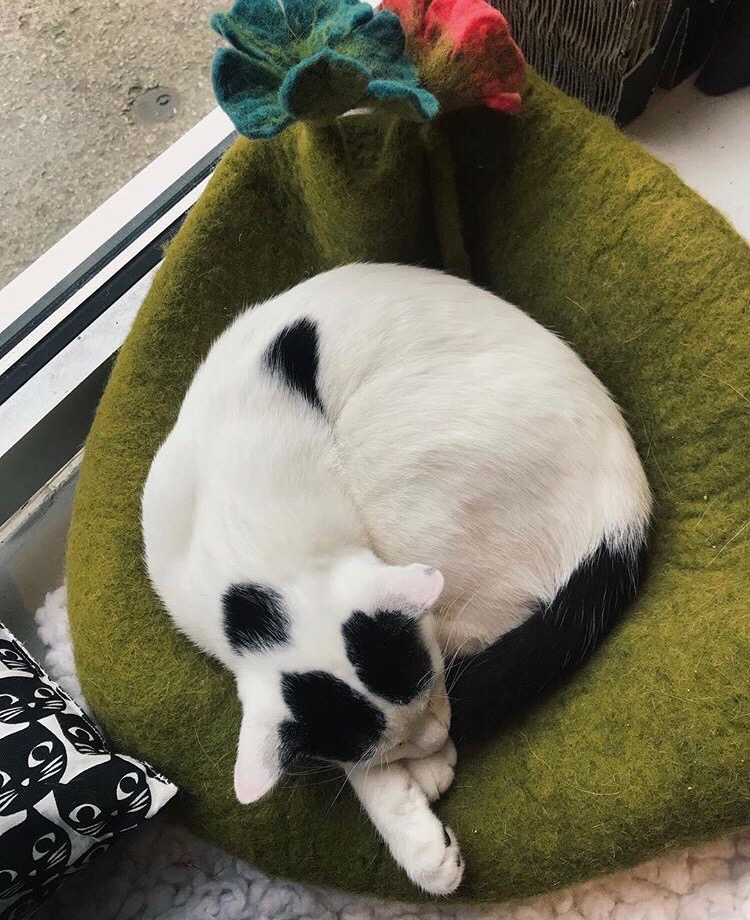 Running a cat cafe in an urban environment has its challenges. The city places tough regulations on serving food and drinks and it requires special steps to separate the cafe area from where the cats roam. “We couldn’t serve people a glass of water,” said Tiner. After meeting with city council members they were finally able to serve guests drinks and snacks — which are a big help with fundraising.

Another challenge is often not having enough help. And many people who do sign up to volunteer do not realize that volunteering is  more than simply playing with the cats — it’s scooping litter, sweeping, mopping, feeding and sanitizing litter boxes.

“It’s not only playing with them — there’s work that goes into it, and some people don’t expect that when they sign up,” said Tiner.

While keeping the cafe in good shape is a bigger commitment than people might believe, volunteers believe it’s all worth it because they’re contributing to the well-being of the cats.

Not only do Tiner and her staff look after the cats — they are also enthusiastic about helping Chicagoans as well. They’ve offered free services to furloughed government workers during the government shutdown and they host community events like yoga, movie and trivia nights and art classes — including  a cat-themed Oscars “pawty.” If you’re a college student missing your pet at home or in need of some TLC after exams, Windy Kitty can be a perfect place to de-stress or volunteer your free time.

For volunteer and adoption inquiries, email Jenny Tiner at meow@windykittychicago.com