Your Introductory Guide to Int..

DePaul Students Celebrate the Good and the Bad in ...

Fire and ice, dragons and White Walkers, the most devastating and unpredicted deaths of characters — this is the globally popular show Game of Thrones, an American fantasy drama television series created by David Benioff and D. B. Weiss for HBO. It is based off George R. R. Martin’s series of fantasy novels. However, the latest seasons, starting from Season 6, have been written by the showrunners with major plot points provided by Martin.

Unfortunately for many fans, Season 8, which premiered on Sunday, April 14, is the last season of the whole series. However, this has only contributed to the excitement that people across the world feel every Sunday when they are finally able to sit and watch the premiering episodes. According to HBO, a staggering 17.4 million viewers across cable, HBO Go and HBO Now tuned into the Game of Thrones: Season 8 premiere on Sunday — surpassing show’s previous ratings record from the finale of Season 7, which brought in 16.9 million viewers in July 2017. Such incredible hype around the show made even people who have never seen or planned on watching the seasons to catch up in time for the Season 8 premiere.

Thomas Byrne, a 22-year-old student at DePaul University, has watched all seven seasons in a span of five weeks. To put that into perspective, in each season there are 10 episodes approximately an hour long.

“I decided to watch it because of the peer pressure, as pretty much all of my close friends, except from my girlfriend, have watched the show and I wondered if I could watch it in time to watch the finale live,” said Byrne. “Also, last summer I worked  at my investment management firm, and everyone there was always having conversations about Game of Thrones. So, that’s another aspect of the peer pressure, if I can’t talk about this, this is one less of a conversation that I could have with other people.” 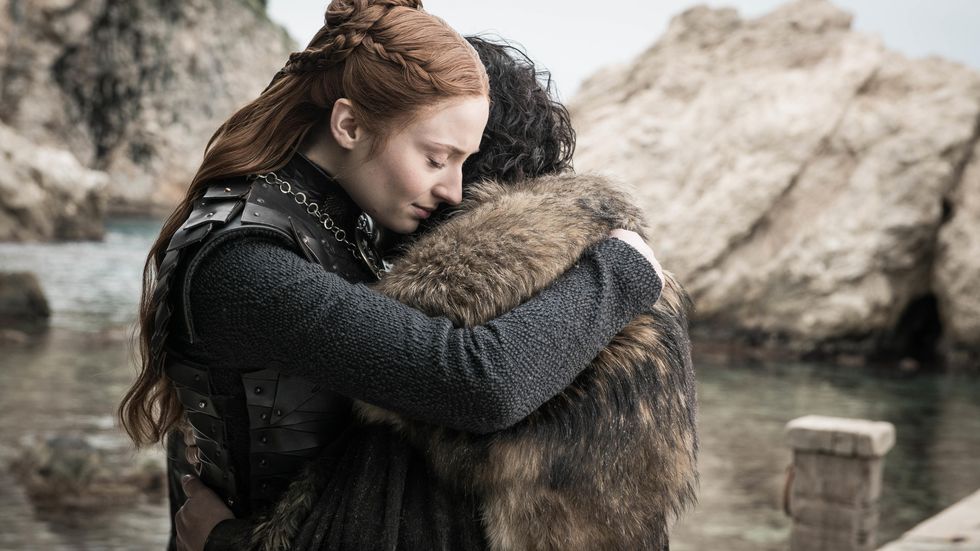 In contrast, some people have been watching the show almost since the beginning.

“I began to watch Game of Thrones halfway through Season 1. I remember seeing the initial trailers and promos, and I remember thinking, ‘This show is perfect for me, but my parents might not let me watch it,’” said Michael Koss, a huge fan of Game of Thrones. “ I’ve always loved the genre of medieval fantasy, but I was in eighth grade when the show started, which is perhaps a bit too young to watch a show like Game of Thrones, so I decided to read the books first. Once I hit page 81 of the first book, I was preparing my argument to my parents for why I was mature enough to be able to watch the show.”

The show has certainly been a success and gained a lot of attention from people around the globe. However, as the last season is finally done, people feel a little conflicted. On one hand, they enjoy Game of Thrones and find it fun and exciting to watch, but also feel that showrunners really rushed some of the plot lines.

“I think the showrunners are rushing to resolve plotlines a bit too quickly, which is disappointing, but not unsurprising,” said Koss. “The show’s pacing has quickened since Season 5, in my opinion, and the showrunner’s have not, I think, managed some aspects of the story as well since Season 5.”

Alex Mcnunn, who also enjoys the Game of Thrones show and has been a huge fan since she first saw the show with her dad, also agreed with Koss’ opinion.

“I love the show, it has a lot of sentimentality with it for me,” McNunn said. “But the last season definitely has problems. I personally believe they could have given us another season, or at least made this whole season into hour-and-a-half episodes.”

Many fans of the show have been feeling very conflicted with the final season of Game of Thrones. For instance, the fifth episode called “The Bells” has been badly criticised by both critics and audiences. The entire episode was about the final battle for control of the Iron Throne, a signifier of dominance over Seven Kingdoms, where Daenerys Targaryen attacks King’s Landing and burns the whole city to the ground. From someone who we trusted in and believed would be the one to bring a positive change to the country, she became a Mad Queen, following her dad’s steps. Her decision happened so rapidly that it seemed almost unbelievable. Even though the scene had impressive visual elements and substantial acting, people felt it was illogical, rushed and the arcs of characters were poorly handled. 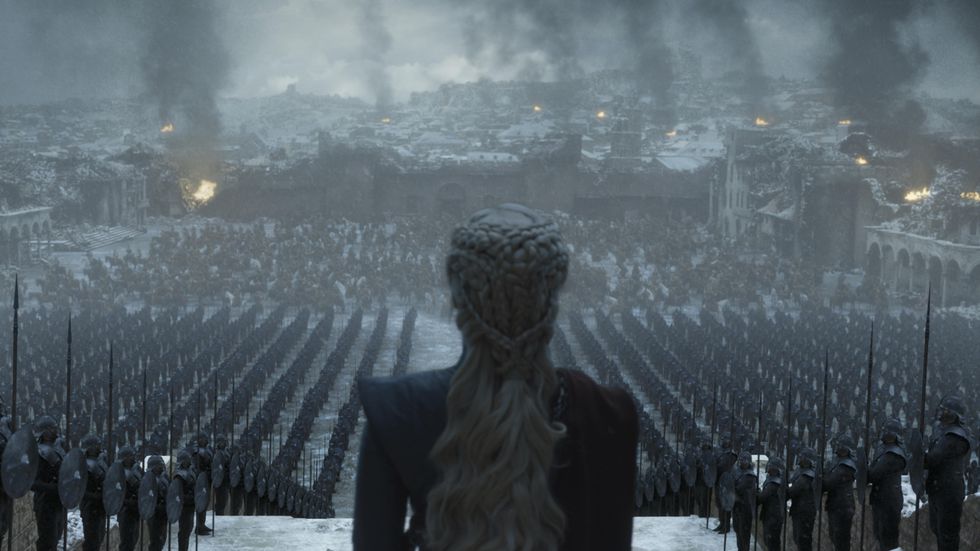 “I was indifferent on the Cleganebowl, was mad that Jaime and Cersei got the death that they did, and Jon really didn’t do anything helpful or say more than three words in the whole episode,” said McNunn. “I think that Jaime’s arc in particular was really just kinda thrown out of the window, it feels like. I’m not quite sure where do I stand with it, I’m still thinking about it and processing that.”

Koss has also thought that we required just a bit more time with Daenerys’ psyche in order to truly understand how she came to this decision to abandon all distinctions between combatants and innocents when she commanded Drogon to burn the city. In his opinion, we needed more time to see her come to that point.

Over the course of the show, many people have made certain predictions about who is going to sit on the throne. Ironically, according to betting website Visme, about 25 percent of people have predicted Bran Stark to take the Iron Throne, which ultimately happened at the end. Many viewers still felt very upset and disappointed by the ending, and even started a petition for directors to re-do the season. However, it is still considered one of the best shows and people still rank it in their top favorite shows.

“It’s a really cool cultural moment to be a part of and I was excited to see how it ended and then watch Twitter blow up into 1 million pieces,” said McNunn.

Byrne has said that, to him, the end of the show is not about who sits on the throne, as it doesn’t feel as significant. After the big triumph, there’s always comes the big tragedy, but then after this things move on. In his opinion, what Game of Thrones is about is to show that life isn’t always black and white, and nothing stays forever.