A Feminine Mindset: A Look at Chicago’s Female Col...

There’s something pretty astounding about walking into a room and being surrounded by women. Women who look different, sound different, do different things, all in the same room. The people speaking, the people running the show, the people doing everything, they’re women.

Walking into EvolveHer, a co-working space located in River North, embodied this exact phenomenon. The space is open, light pouring through the wide windows, with big wooden beams, the whole room embossed in white and gold. The words “fuel your passion” are found in various locations, but by far the biggest staple of the room is the wall covered in portraits of women. 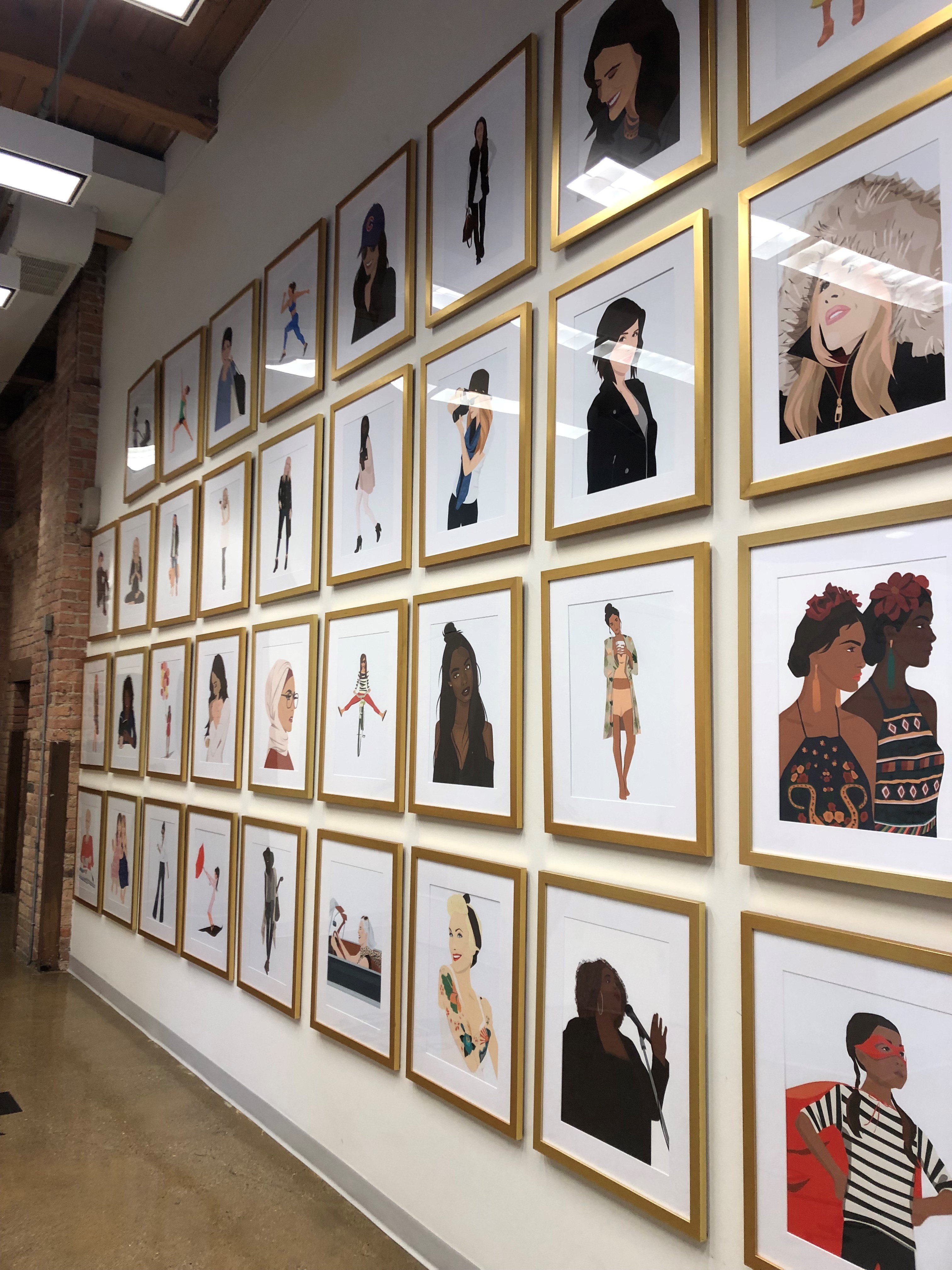 The portraits on the wall are the first thing you see as you enter the space. The portraits themselves are inspired by the founders of EvolveHer and many other women spanning demographics. It’s as if they’re there to remind you that it’s safe space, a space where women can progress and fuel their passion.

Despite the strength of the feminist voices that gained empowerment in the 1920s, nearly a century later, the same battles are continually being fought. In 2016, a group of women decided it was time to return to the foundation which the feminists of the past worked so hard to build. They created a club, a club for women, and they called it The Wing.

The Wing’s starting principles were similar to those of the Lady Flashers, Lady Millionaires, and other prominent all-female groups that formed during the height of the feminist movement in the 1920s. These groups fought issues such as showing their knees in the presence of men to access to birth control to the voter rights and education. It was meant to be a space where women could come to feel safe and understood. A place where their ideas could be cultivated and supported by other women around them. A place where they, the women, were the focus.

Today, the women who occupy these spaces may not be battling the exposure of knees, but they are fighting the misogyny in the workplace, whether it’s the wage gap that continues to persist around the world or being heard or acknowledged in their place of work. 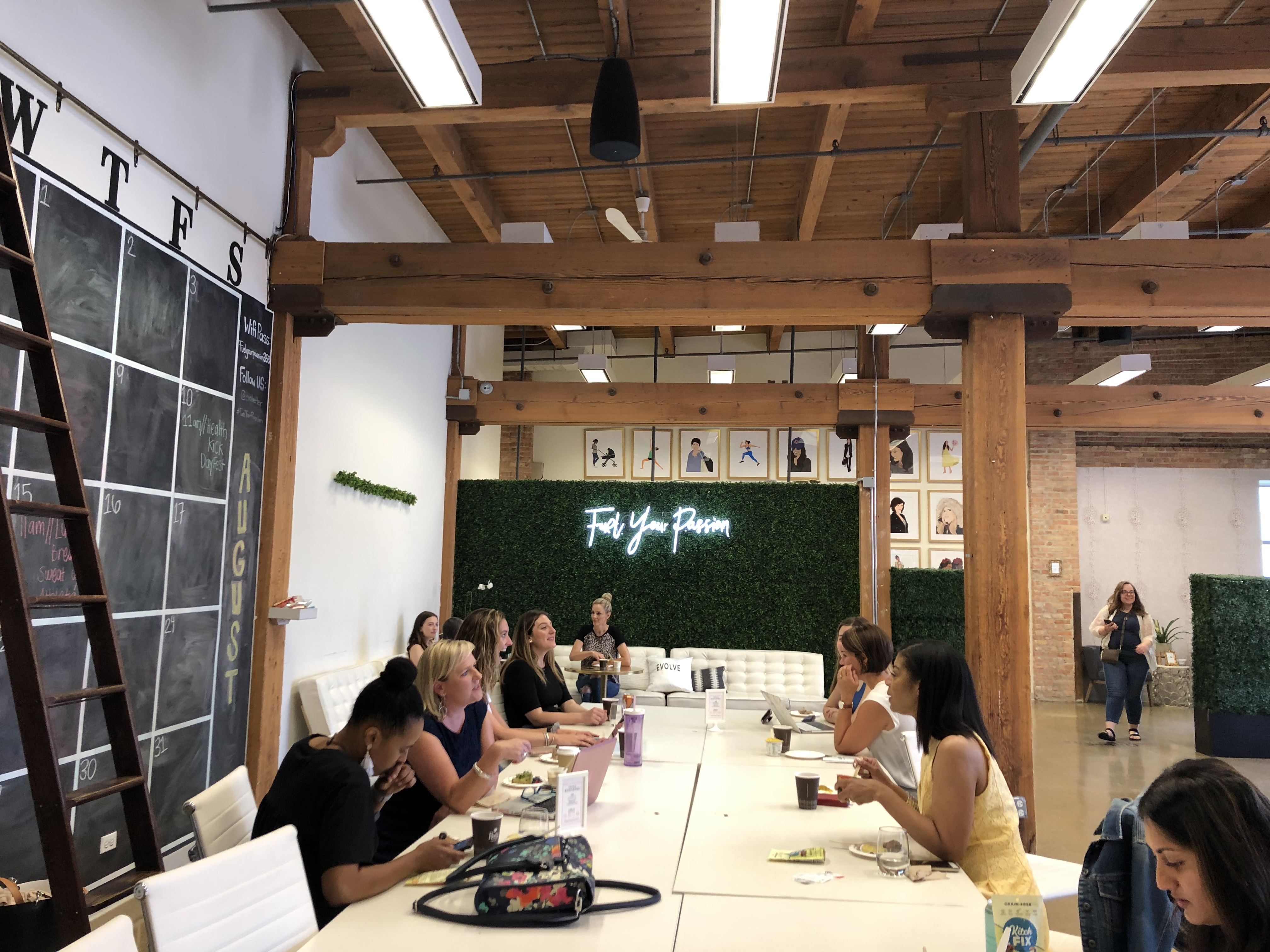 The Wing’s original space, which first opened in the Flatiron neighborhood of New York City, set the precedent for luxury accommodation. It offers events, state of the art phone booths and conference rooms along with bathrooms and showers, a cafe and even an outdoor seating area.

Since its open in 2016, The Wing has significantly increased its national and international growth. The company has a   total of eight spaces open across the country, as well as three more set to open this Fall, one of which is in London, and two more openings in 2020. With the addition of the Chicago branch, which opened this past Spring, it didn’t take long for others to take hold of the idea of female collaborative workspaces.

Despite The Wing taking on new frontiers in New York City, it actually wasn’t the first space of its type to open in Chicago.

In September of 2017, The Ladies Room opened in the River North neighborhood, making it the first all-female collaborative workspace in Chicago. The Ladies Room, which was in part inspired by The Wing, worked to reach women of all identities.

According to Karen Hawkins, interim editor in chief of the Chicago Reader and one of The Ladies Room co-founders, what set spaces such as this apart is that women were in mind from the very beginning of its creation.

“The notion that women are in mind from the very beginning in unheard of,” said Hawkins. “Unless women are truly at the forefront, they will be an afterthought. Having a business of women, you understand women’s needs.”

The Ladies Room closed in September of 2018, a year after its opening due to the founders’ schedule changes which made it challenging to keep the space afloat. However, despite the close, they continue to fight to make every space a safe space for everyone. 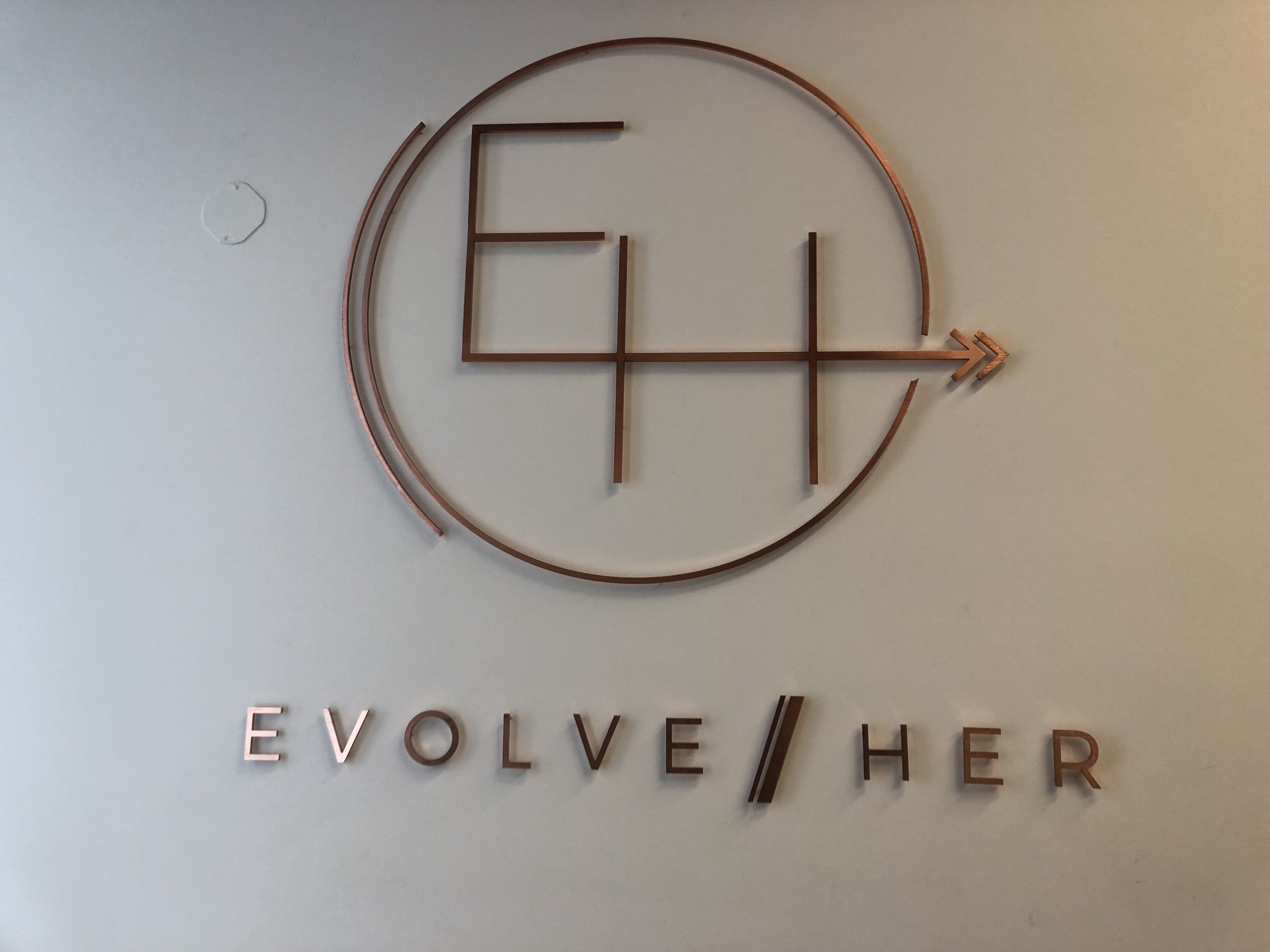 Amanda Chin, co-owner and head of growth at EvolveHer, spoke to the company’s “female-forward” mission. Although EvolveHer’s primary focus is to empower women, she was sure to note that the space is open to people who do not identify as female as well.

“We believe in male allies, for us, the ally thing is really big because it’s about opening a door and pulling people through,” said Chin.

That’s the idea EvolveHer strives to embody: not just opening doors, but pulling others through the doors they open.

EvolveHer offers similar amenites to that of The Wing and emphasizes on being more than a space for women to work but to engage, learn, and network with each other. Chin described the members at EvolveHer at being “sounding boards” for one another. They can come in with whatever is going on and talk about it, get advice and figure out solutions more personally and professionally.

As the team at EvoveHer works to create an inclusive environment that is accessible to all, they continue to face the question: how do we offer a price that keeps EvolveHer going while making it accessible to everyone?

To combat the issue of mixing inclusion with membership fees, they have created their Brand Ambassador program. Ambassadors, who are people who are working and positively impacting their community, are given a free one-year membership and guest passes. The point of this not just to provide a membership for someone who may not be able to afford it but to bridge the gap, to invite someone into a space that they had not expected to find themselves in.

EvolveHer attracts a wide range of ages (their members age anywhere from 18 to 70 years of age), races, ethnics, and backgrounds, it’s a melting pot, a place where its visitors can grow and progress. As co-owners, Alicia Driskill, founder, and CEO, and Chin have been approached, with the desire to expand the co-working space nationally, like The Wing, but they continue to decline. They insist it is a space made for and by Chicago women.

Hawkins’ hope for these spaces is that they will not only grow in number but in their outreach to more marginalized communities of women.

“I hope that these spaces push beyond just women’s co-working spaces and truly become intersectional feminist spaces. I want this to a viable space where all women feel comfortable,” said Hawkins. “I hope this is a new frontier that we will mount together.”