The Risk of Inhaling: What You..

In addition to his role as the Secretary of Education, Duncan served as CEO of Chicago Public Schools from 2001 to 2009. His other ventures include a stint in Australia’s professional basketball league after playing at Harvard University, his alma mater.

Duncan, who himself attended the private University of Chicago Laboratory Schools, is nationally most well known for pushing 42 states to adopt Common Core standards –– a policy that has historically mixed feedback from liberal and conservatives –– as well as the “Freshman on Track” initiative in Chicago Public Schools.

Duncan now works at the Emerson Collective, a “social change organization,” where he heads Chicago CRED (Creating Real Economic Diversity), an organization focused on eliminating gun violence in Chicago through a research-based platform focused on job and life training and providing young people in divested areas paths to the legal economy. 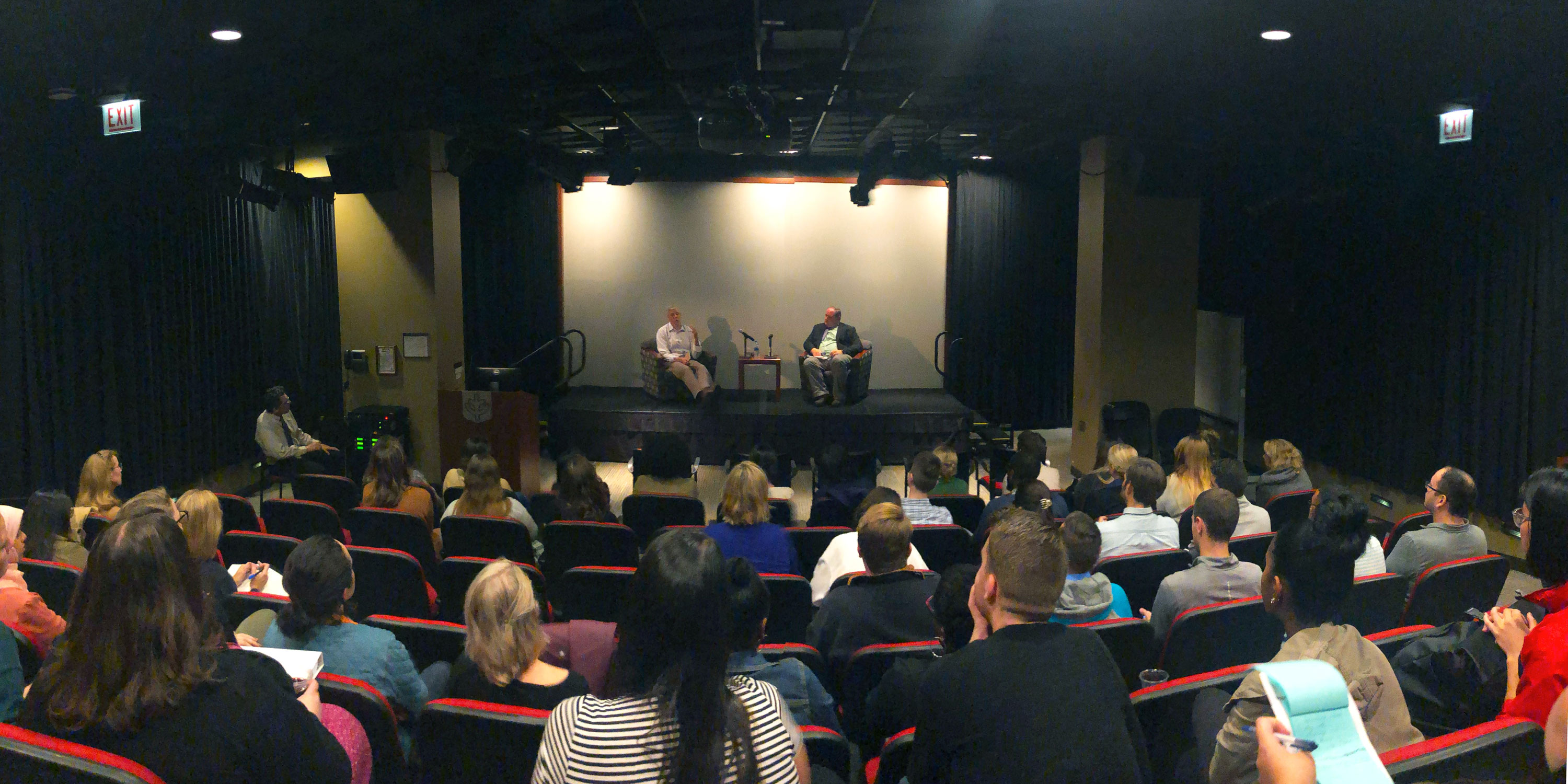 Much of Duncan’s work today is revisisting the issues he saw as the most pervasive and damaging to the youth he worked with during his time as CEO of CPS — namely, resource inequities and violence.

“The hardest part of my job was dealing with the deaths and killing of students,” Duncan said. “[During my time as CEO] there was a killing every two to five weeks, and kids on the South and West sides are living with a level of fear and trauma that’s beyond unacceptable.”

This sentiment is rooted in difficult realities. Of teens age 15 to 17 in Chicago, 18 percent have witnessed a fatal shooting, and between September 2011 and September 2018, nearly 1,700 children under the age of 17 were shot in Chicago, and 174 were killed.

He recounted some of his early experiences growing up in Hyde Park and his somewhat non-traditional path while at Harvard University, taking a year off between his junior and senior years.

Part of this somewhat non-traditional path, as Duncan puts it, is the fact that he reached the position of Secretary of Education without ever formally teaching in a classroom. He said he draws much of his experience and knowledge from spending his youth — from a very young age to college years — working in his mother’s after-school program, the Sue Duncan Children’s Center.

It’s these experiences that seem to inform his views on the role of education today. Quality, accessible early childhood education and comprehensive, integrated after-school programs are two things Duncan stressed as part of the solution to Chicago’s issues in public schools.

“It never made sense to me that school buildings are only open from nine in the morning until four in the afternoon and locked after that,” Duncan said. “These buildings belong to the community. All schools should be community schools.”

Anchoring schools into communities and using them as safe spaces for youth in the neighborhood has had proven success as a method for improving graduation rates. In one study conducted in Chicago’s Cabrini-Green neighborhood on after-school programs, 90 percent of the young people involved graduated, and roughly a third went on to college after graduation. National studies have also found improvements in comprehension, reduced drug use and even improvements in the working lives of worried parents –– parents worried about the safety of their children miss an average of eight days of work per year, a number that dropped drastically with the implementation of after-school programs.

In his time as both CEO of CPS and as the U.S. Secretary of Education, he said, these ideas were viewed as apolitical. “Those things are family-building, nation-building,” he said.

Talking about his ascent to the president’s cabinet, Duncan smiled as he recalled his first encounters with the would-be President Barack Obama.

“I grew up playing basketball with Craig [Robinson]. Craig was Michelle’s older brother,” he said. “So to me, [Barack Obama] was ‘Craig’s little sister’s boyfriend.’”

He then worked with Obama professionally during his time as a U.S senator.

Duncan said that he had not previously planned on leaving Chicago, but made the “scale up” with Obama when he was tapped for the Secretary of Education position.

During his time as the Secretary of Education, Duncan cites as a big success the department’s advancements in accessibility to early childhood education and expansion of the Pell Grant program, increasing Pell Grants by $500 on average between 2009-2010.

There’s still more to be done.

“We still need more early childhood education,” Duncan said. “I wish we had gotten more aid for DREAMERS and done more for gun violence. We just didn’t get it done. Until kids tell me they feel safe going to the park and the store, we’re not doing enough.”

During the audience question and answer session, much of the discussion turned towards Chicago-specific issues such as the presence of charter schools and policy-making.

“The name doesn’t tell me anything,” Duncan said of his opinion on charter schools. “I’m a fan of good ones and I’m not a fan of bad ones. I grew up in a community where, for decades, parents had no good choices.”

Policy-making was a particular area of focus, as Duncan has experience at several scales of government.

“Education policy is what I’m really interested in,” said Nahal Hashemian, a first-year student in the School of Public Service. “I think education should not be a business, first and foremost. I think that education should be accessible to all…I’m interested in an answer as to how we can let more people of less financial stability, such as first-generation students and children of immigrants such as myself, obtain an education without burning themselves financially.”

Duncan said that higher education policy was actually one of his weaknesses going into his role in the federal government and said that “making unusual allies” was a strategy he found effective in making such policies. These “unusual allies” could be somewhat related to polarized views of Duncan on both the right and the left.

In closing, Duncan challenged students to continue thinking about accessibility as a value as they move into decision-making positions. As audience members exited, the room was filled with whispered sharing of ideas and hurried last-minute note-taking as people lined up to shake hands with the former secretary.

“My gut feeling is that the people here are thoughtful, committed students,” Duncan said. “They’re going to make a difference.”