From Jesus Walks to Is King: K..

The Risk of Inhaling: What You Need to Know About ...

Living in Logan: How Students ..

The Risk of Inhaling: What You Need to Know About Vaping

The healthier alternative to smoking may be killing us.

An outbreak of breathing illnesses linked to the usage of vape products struck the Midwest over the summer. An investigation conducted by the Centers for Disease Control and Prevention (CDC) confirmed 805 vaping related cases as of September 26. Twelve deaths have been reported, with some suffering from pre-existing lung problems or other conditions that may have made them more susceptible to further lung damage.

The illnesses resemble an inhalation injury, a lung-based injury resulting from inhaling smoke or chemical products of combustion, with the following symptoms: shortness of breath, fatigue, chest pain, diarrhea and vomiting. Many adolescents and young adults suffering from the illness required assisted breathing machines, according to the Associated Press.

A presidential advisory from the American Heart Association (AHA) in July 2019 warned of the unknown nature of vape products. “Although these products may have benefit by helping some smokers quit or to move to a less harmful product, the long-term health effects of these products and the net public health effect associated with their use remain unclear and widely debated,” the advisory stated. “There is increasing concern that the use of newer tobacco products may catalyze transition to the use of other tobacco products or recreational drugs, particularly in young adults.”

The immediate public reaction to the health epidemic forced lawmakers to respond. The Trump administration expressed interest in banning the sale of most flavored electronic cigarettes. Mayor Lori Lightfoot called for a ban on the sale of flavored e-cigarettes in Chicago and Alderman Raymond Lopez of Chicago’s 15th Ward wants the ban of all sales of e-cigarettes and the cartridges of liquid used to fill them, according to a Chicago Tribune article.

A ban of vape products would challenge the socially established aspect of vaping that emerged over the last few years. It would also have a drastic effect on tobacco and vape shops.

“My initial reaction definitely was that if it gets banned, we might have to close one or more of our stores,” said Ajmal Syed, an employee at Mr. Vape & Smoke in Lincoln Park. “But if it is really killing people, it should be banned. But personally, after reading some of the reports, I don’t think that is what’s killing people.” 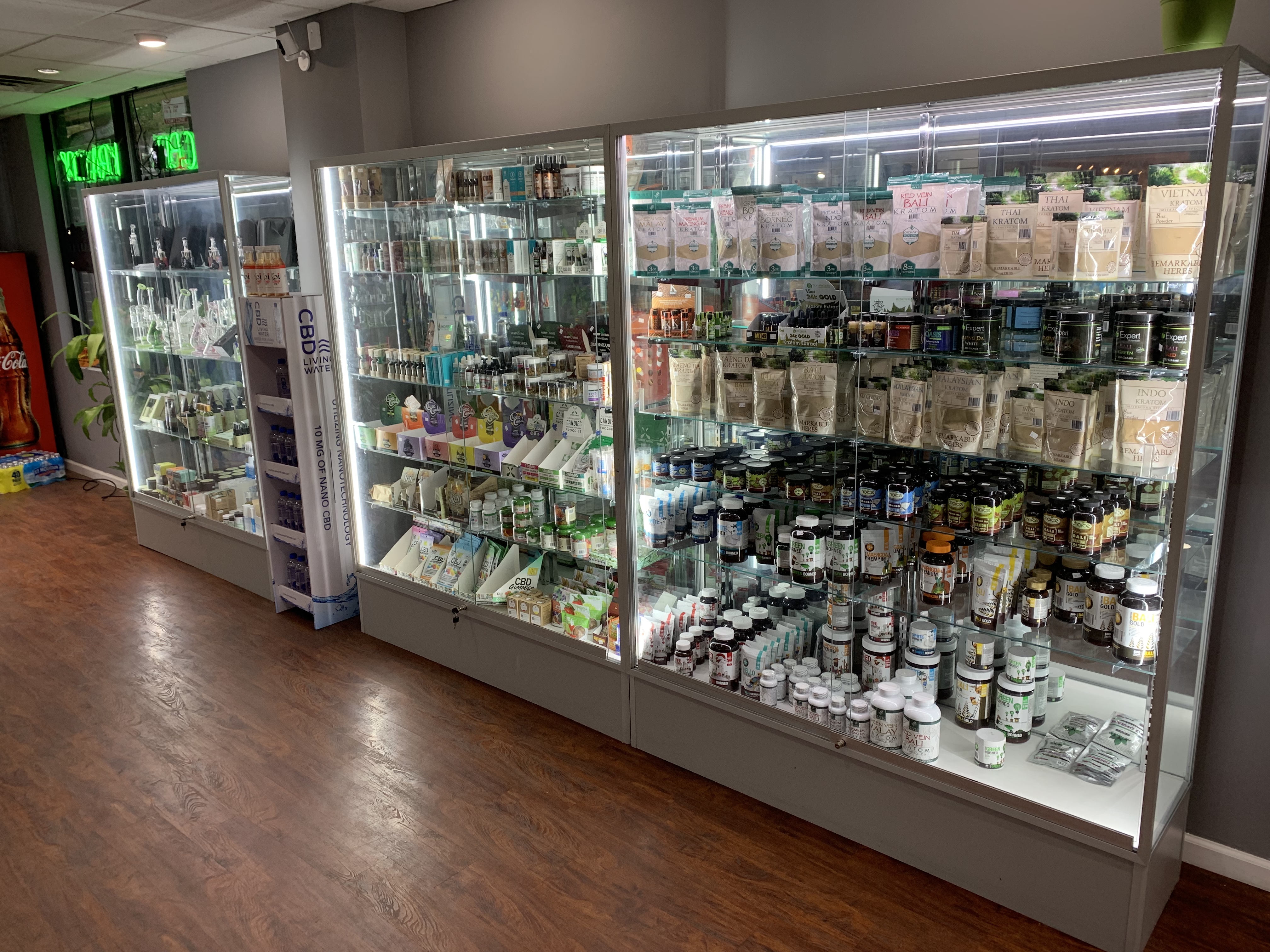 Karen Larimer is a member of the Metropolitan Chicago American Heart Association Board of Directors and served as the board’s president from 2015-2016. Through her work in the medical field, she has seen the positive effects of health public policy.

“We (AHA) know that policy makes a difference. We’ve seen evidence of it. One of the clearest examples is in the 1970s when the surgeon general’s report came out on the health effects of cigarette smoking,” Larimer said. “We started to see a decline in people adopting and continuing cigarette smoking. We also saw a parallel drop in smoking and cardiovascular disease.”

In late September, the Illinois House of Representatives met with individuals on both sides of the vaping debate for more than three hours. The hearing, appropriately named “Addressing the Vaping Crisis,” took place in a packed committee room in downtown Chicago. While the safety of vaping is certainly a concern, the biggest issue troubling lawmakers is keeping the product from reaching the youth. The government believes banning flavored vape products could address part of what makes vaping an enticing product for adolescents.

“The people that are adopting Juul and vaping products are generally not 50-year-old people. They’re children, adolescents, and young adults. The products are easy to hide and Juul specifically has very little output of vapor. The intention was never to market it to adults,” Larimer said. 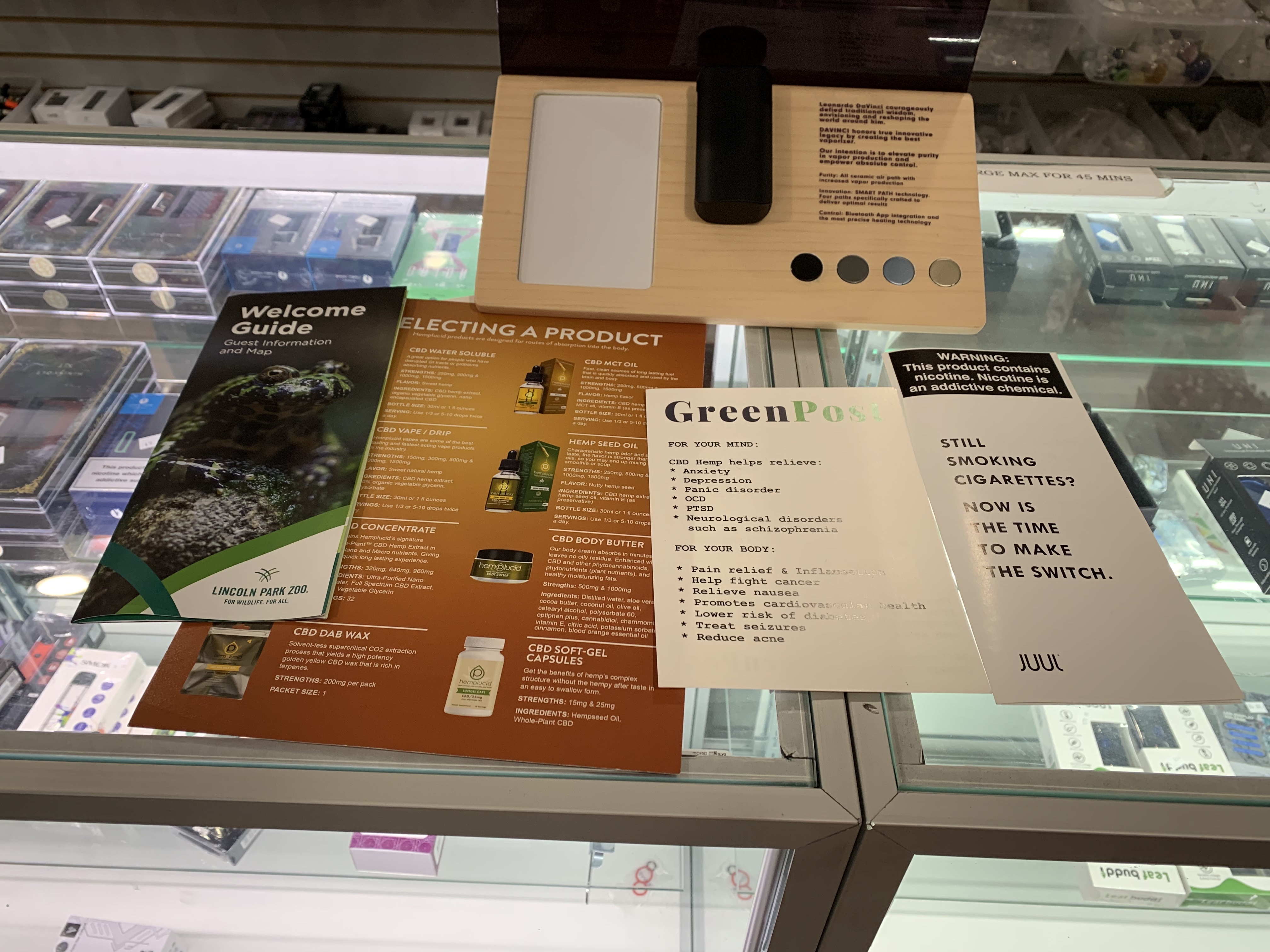 The report from the AHA states that “e-cigarettes have now become the most popular tobacco product among adolescents in the United States.”

“If you addict someone as an adolescent, they’re addicted for the rest of their life,” Larimer said. “The big tobacco that owns these companies know that when you addict someone at the age of 15, you probably have someone who will be using your product for the next 50 or 60 years — if it doesn’t kill them before that. The whole idea of it (Juul) being a quit device is not substantiated at all.”

Juul Labs was co-founded by Adam Bowen and James Monsees in 2015. Altria Group — formerly known as Philip Morris Companies —  acquired a 35 percent stake in Juul Labs for $12.8 billion on December 20, 2018. Altria Group, Inc. is one of the world’s largest producers and marketers of tobacco and cigarettes. Philip Morris International Inc., the former international branch of Philip Morris Companies that split from the company in 2008, had been in talks to merge with Altria Group, but called it off in response to the vaping crisis on September 27, according to the Wall Street Journal.

Although no single device or ingredient has been identified as the cause of this outbreak, many patients reported they vaped liquids that contain tetrahydrocannabinol, more commonly known as THC, the principal psychoactive constituent of cannabis. Customizable vaping devices allow users to load in different liquids, including vape oil containing THC. The Associated Press reported that tests done on lung fluids in some patients turned up immune cells filled with oily droplets —  an effect of inhaling vapors containing fatty oils, such as THC oil.

The trend of vaping THC became mainstream quickly, but the potential health outcomes of vaping THC oil as compared with flower cannabis is still largely unknown because of a lack of research. The traditional suggestion, as explained by the American Academy of Pediatrics, was that it is safer because non-psychoactive compounds that may cause lung damage are no longer smoked and the preparation process (the extreme temperatures used to heat the oil) eliminates bacteria, mold and fungi that may be present in flower cannabis.

Most of the vaping liquids collected from patients tested positive for THC and other compounds found in marijuana plants, and most samples had vitamin E oil additives. These products are often acquired via the black market. NBC News commissioned CannaSafe, a cannabis testing facility, to test 18 cartridges and found that most black market THC cartridges contain myclobutanil, a fungicide that can transform into hydrogen cyanide when burned. THC cartridges purchased from legal dispensaries in California found no heavy metals, pesticides, or residual solvents like vitamin E.

“Most of the people who were critically hurt took black market THC cartridges, which were not regulated at all. Which is separate from what we do altogether,” Syed said.

One DePaul student who frequently used black market THC vape oil because they preferred it to flower cannabis witnessed the possible health effects.

“A close friend of mine was diagnosed with lipoid pneumonia and he was a heavy THC cartridge user. Thankfully he is better now,” said the junior at DePaul, who wished to remain anonymous. “It has for sure changed my using habits, I only smoke bud (flower cannabis) for now and I’m trying to avoid using cartridges altogether. I don’t really want to take the risk of getting sick.” 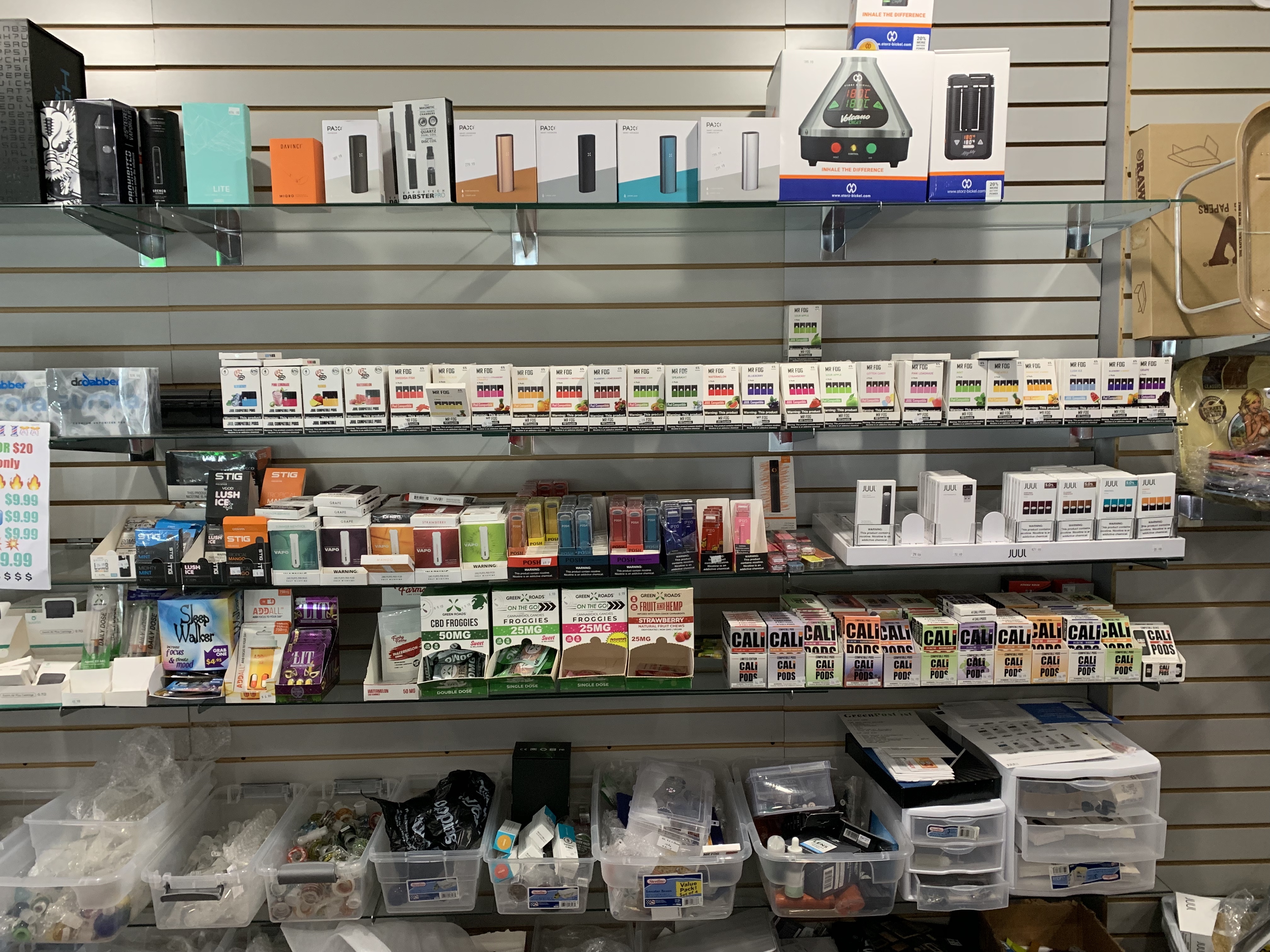 CDC officials have said many people who got sick vaped THC, but some claim they vaped only nicotine. Patients are not restricted to states without legal marijuana, as reported cases occurred in California, Washington, and Colorado, among others. According to a report by CBS-2 in Chicago, an 18-year-old in Gurnee, Illinois, is currently suing both Juul Labs Inc. and MFD Mobile for allegedly illegally selling nicotine-based products to the accuser. The teen was recently hospitalized for severe lung damage after vaping for about a year and a half.

The true cause of this epidemic remains a mystery. The government has suggested the public cease vaping in its entirety until more research is available. For many people, that means finding an alternative route for nicotine consumption.

“Nicotine is a horribly addicting drug, and it doesn’t take very much use of it to become addicted to it,” Larimer said. “Nicotine itself, besides being addictive, is harmful to our heart and our blood vessels. Ultimately you’re damaging every organ in your body.”

The AHA does not currently recognize e-cigarettes as a proven method to stop or reduce smoking.

“Instead of it being something that actually facilitates quitting, we see more people blend e-cigarette use with combustible tobacco,” Larimer said. “What they’ve developed with Juul is an addiction instrument. You’re getting this super intense dose of nicotine that is driving an addiction that we think gives a higher likelihood of transitioning into combustible tobacco products.”

The other option is falling back to their old addiction — cigarettes.

“Most of our customers are former smokers that have left smoking. It’s more economical for them as well,” Syed said. “I would say it’s healthier when compared to cigarettes.” 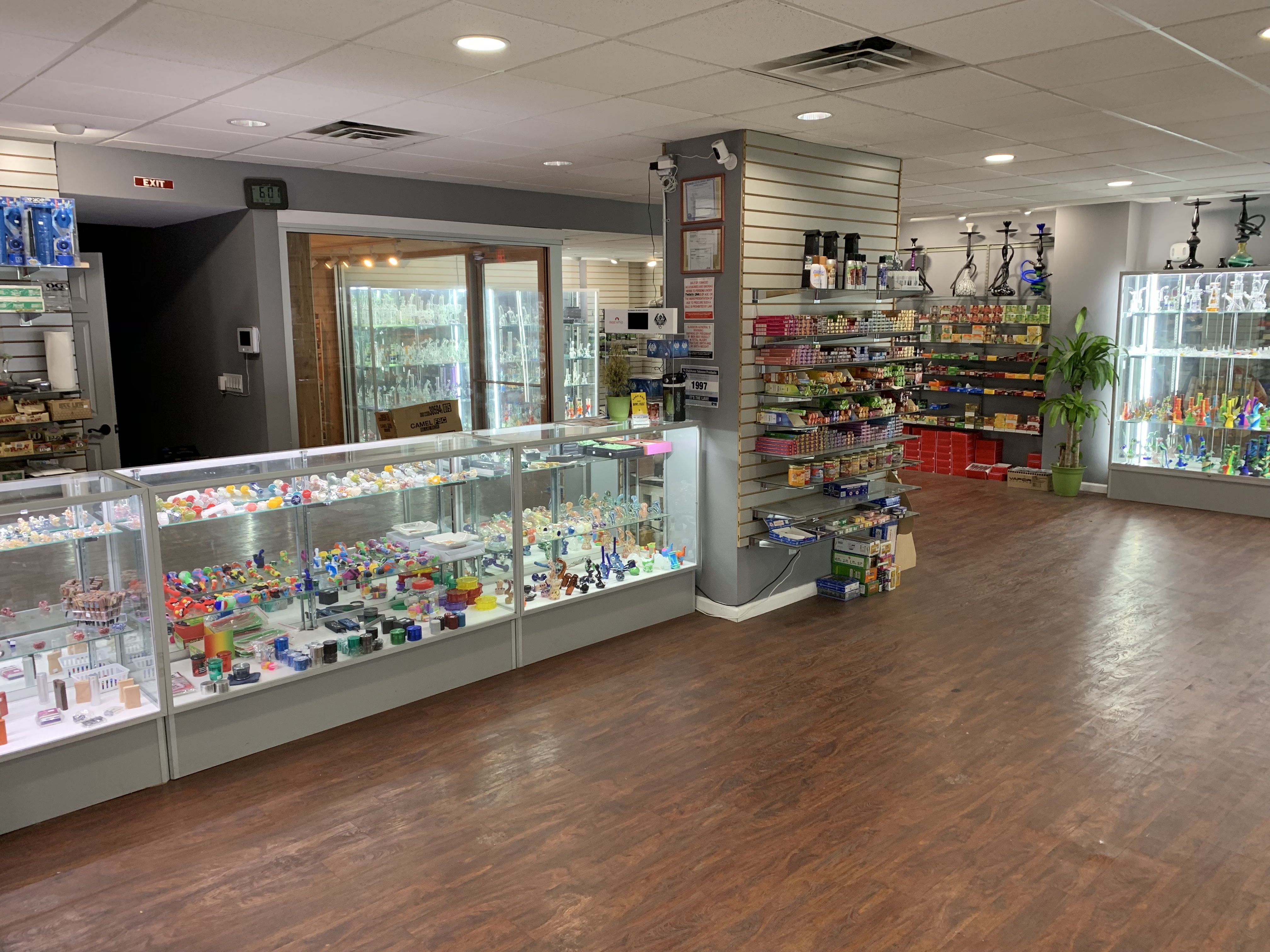 Public Health England (PHE) concluded in studies from 2015 and 2018 that vaping is 95 percent less harmful than tobacco. A study done by the PHE in February 2019 found that “quitting smoking remains the main reason for vaping in all socio-economic groups. The proportion of young people who have never smoked who use EC (Electronic cigarettes) at least weekly remains very low (0.2 percent of 11 to 18-year-olds in 2018).” The study also claims vaping usage in America and Great Britain are similarly comparable.

One DePaul student who actively vapes and does not plan on changing his vaping habits believes the newly arriving anti-vaping message is simply propaganda from the tobacco industry.

“I figured public outrage would be coming eventually. With the tobacco industry taking a hit, they had to find a workable angle to persecute and criminalize the alternative to smoking cancer sticks,” said Shawn, a senior at DePaul, who preferred not to provide his last name. “It has already begun. It is just another boogeyman scapegoat for the tobacco companies to regain control of the populace.”

One major concern regarding the vape ban is the emergence of black market nicotine products. The black market THC vape products are the main suspect of this emerging health epidemic. Removing government regulation could result in the same thing happening to nicotine-based vape oil.