The longest road out is the shortest road home – Irish proverb

The first day that Martin Lynch spent in the United States was a memorable one.

Nothing in Athenry, County Galway, Ireland, prepared him for the first time he saw the Chicago skyline.

“I landed here on the 18th of June 1998, and I always remember getting picked up at the airport and coming down (interstate) 294,” Lynch said. “That was after coming down the back boreen, what we called the roads back in Ireland, and then to land in Chicago and be on this superhighway. I thought my head was going to explode.”

But it was not the skyline that night that changed Lynch’s life forever. It was the first time he heard the term “bussing tables.” That night, his journey from civil engineer to pub owner began.

Lynch was 19 years old during his first summer in the United States. He took the summer off from his studies at Sligo Institute of Technology in Sligo, Ireland, to work at Irish Times, an Irish pub in Brookfield that was owned by his uncle, Martin Cosgrave. Lynch enjoyed the experience so much that he returned every summer during his collegiate career. 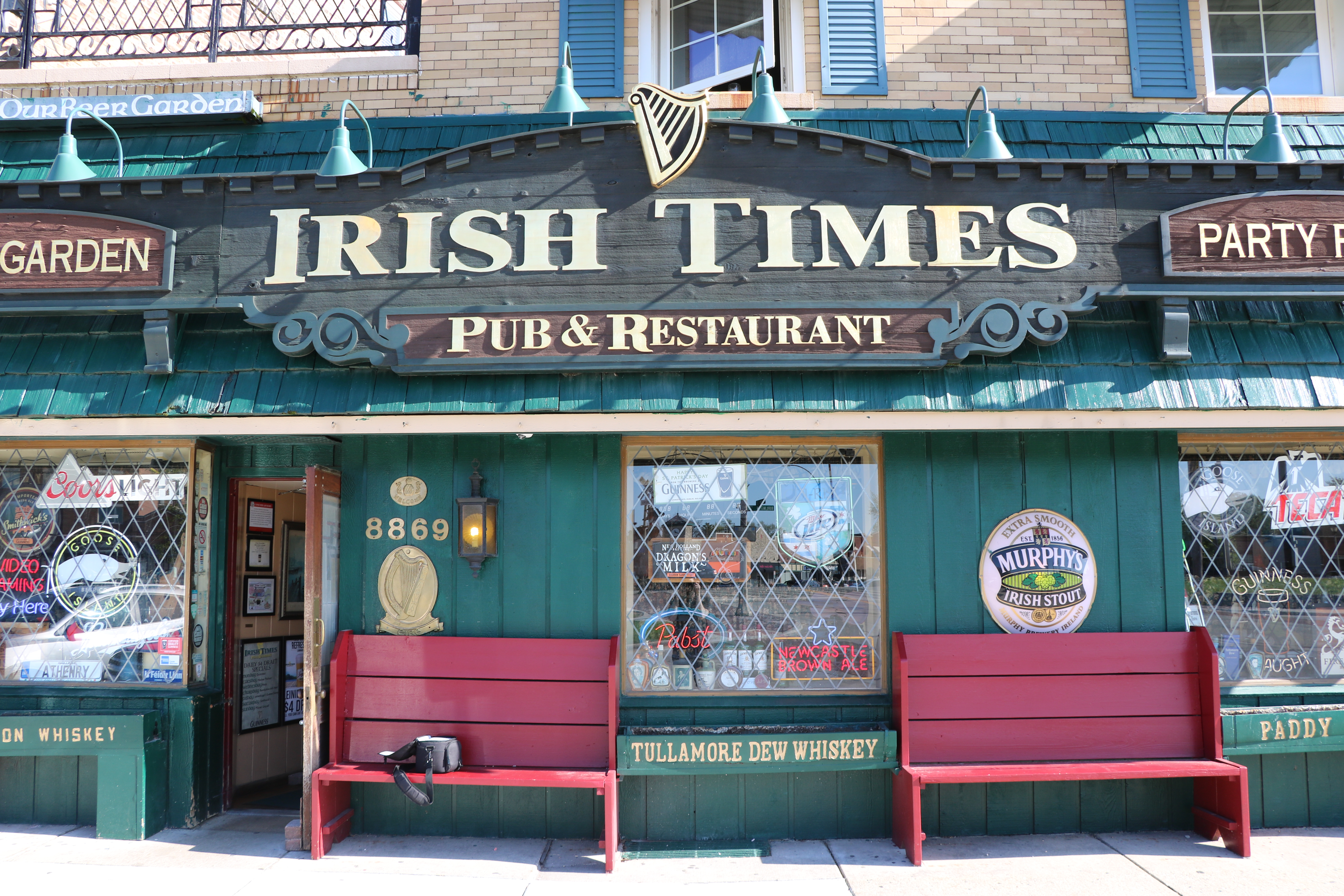 “I used to bus and dishwash. I would work the construction jobs during the day and the pub at night,” Lynch said. “Once I turned 21, I became a bartender and I loved it.”

Obtaining a diploma in construction economics, Lynch then completed a bachelor’s in science studying surveying with specialisms (quantity surveying) at Ulster University – Jordanstown. But he never forgot about his love for the pub and the United States.

“After I finished college, I lived in Dublin for two years and even then, I would still try to take as much time off during the summers to come to the United States and see everyone,” Lynch said.

Lynch’s hard work in the construction field resulted in a civil engineer position with SISK, one of the largest construction companies in Ireland. He had a promising job, house and a steady relationship — the makings of a happy life.

But there was a problem.

“I was absolutely miserable,” Lynch said. “Even though I had what was perceived to be a good, steady job, in one of the biggest companies in the world, with good prospects to move up over the years, I never felt so unhappy. Going to work on Monday mornings, I used to think it was like going to jail.”

Lynch decided to make a change, even if others did not support the decision.

“After doing that for three years, one day I decided to leave, and I just came here. I just thought I was much happier being a bartender. Everyone thought I was out of my mind.”

Lynch worked three bartending jobs upon his immigration to the United States. He secured jobs through family members and used public transportation to commute back and forth.

To some, it was a hectic and busy life. To Lynch, it was an adventure.

“I used to work the day shift at Irish Times. I would take the train downtown, get the bus up to Clark Street, and I would bartend at the Irish Oak (owned by his cousin) at night,” Lynch said. “I didn’t even have a car so I would stay there and take the train back in the morning to work. But it never felt like working. Even the commute felt like an adventure with the skyscrapers, buildings and the lake.”

The Move Toward Ownership

The evolving love for bartending shifted into ownership when his uncle planned to sell Irish Times in 2008. Cosgrave had four additional restaurants in Westport, Ireland, and could not continue to give Irish Times close attention. Despite Lynch’s protests, Cosgrave decided to sell the pub.

Lynch wanted to continue running the pub but did not have the money to purchase it by himself. He had no plans to acquire the pub until a conversation at the bank changed his life.

“One day I was at the bank and the president of the bank, Tom Boyle, saw me in the teller line,” Lynch said. “He told me he heard about the pub being for sale and said to come back next week. I came in and I just talked to them. And they approved me. It was almost impossible (to get a loan) in 2008 with the global financial crisis.”

Lynch officially took over Irish Times on October 28, 2008, and never looked back. 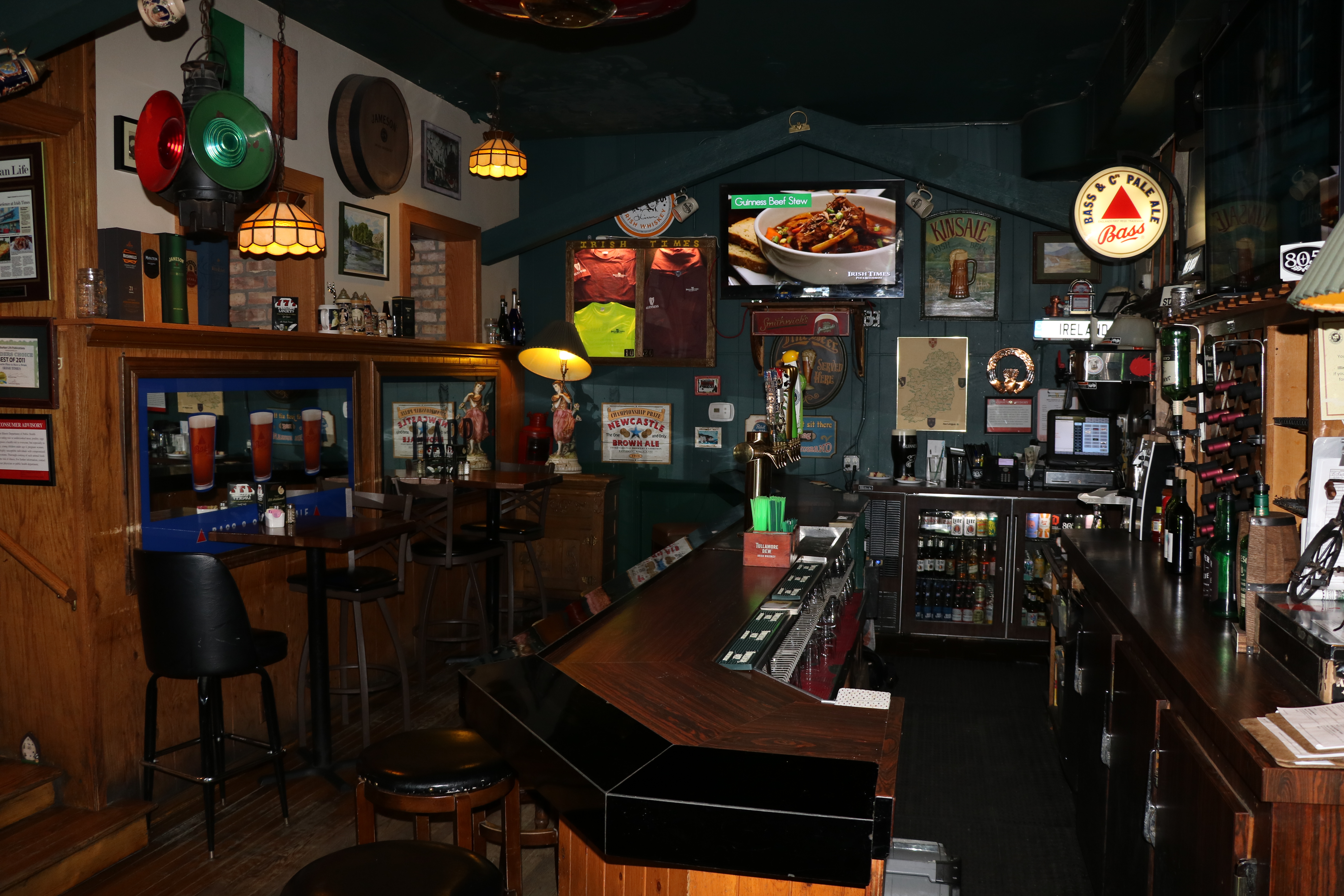 The inside of Irish Times Pub & Restaurant (Tony Scianna, 14 East)

“I saw that things had changed since I had worked there. I used my experience from my engineering and construction days to replace and change everything. We re-wired the whole pub. Everything is new,” Lynch said.

Lynch expanded the pub, adding new rooms and an extensive back patio area including beer gardens and a cottage for events. When the business next door to Irish Times was for sale in 2011, he bought the land to create a parking lot for the pub.

Lynch’s focus, however, remains on maintaining the consistency that built the pub’s reputation. He intends to solidify Irish Times as an iconic location for Brookfield.

“I think Brookfield is known for two things and that’s the (Brookfield) Zoo and Irish Times,” Lynch said. “With our food menu, with what we do, I genuinely feel that we are the best.”

The origin of Irish Times can be traced back to Lynch’s uncle, Martin Cosgrave. After growing up in Ireland and becoming a dairy farmer, Cosgrave immigrated to the United States in 1988.

“He always says he remembers looking out the airplane window going, ‘What in the name of God am I going to do here? All I know is how to milk cows,’” Lynch said.

Shortly after founding Irish Times, the duo hired Mike Colleely to be the bar manager. To Lynch, it was Colleely’s vision that began to make Irish Times an iconic pub.

“My uncle had a manager here for 11 years named Mike Colleely – the guy who trained me up. Absolute gentleman. One of the best people I’ve ever met. He was a legend,” Lynch said. “He had worked in some of the busiest bars in Galway, and his experience was incredible.”

Irish Times became a landmark for Brookfield through its Irish charm. The Tiffany-style lamps, paintings, antiques and homemade Irish cuisine attract customers from all over the Chicagoland area.

“There’s a lot of people who come from miles away just for traditional Irish fare,” bartender Taylor Callahan said. “It’s also helpful that the recipes are traditional.”

“The people you meet here are incredible. We really are a destination pub. People will look forward to coming here,” Lynch said. “You could literally just about meet anyone here.”

Some of the traditional Irish food offered at the pub includes shepherd’s pie, fish and chips, and corned beef that originates from family recipes.

“Our fish and chips are our most popular item. I grew up in a fish and chip shop in Ireland that my parents had. A chipper,” Lynch said. “All the time I get people coming in from Ireland saying this is better than anything they can get at home.”

The experience doesn’t end with the food. The most popular drink at the pub is Guinness. The bartenders use a special pouring technique that sets Irish Times apart from other bars.

“We’re huge on Guinness,” assistant general manager Victor Munoz said. “That’s one of the first things everyone here has to know – how to properly pour a Guinness.”

How do you properly pour a Guinness?

“It takes 119 seconds to pour it and it has to be proper because of the nitrates,” Munoz said. “There’s a little cascading effect. You can get a nice creamy head on top.”

Although St. Patrick’s Day is an important day every year for the pub, the most popular event at Irish Times is the annual Oyster Fest. Inspired by the Galway festival of the same name, the September event features fresh seafood flown in from Rhode Island. An annual “Oyster Queen” is declared during the festivities.

“Mike Colleely came up with the idea of doing it over here and he started off and I just progressed it. I think this year was our eighteenth,” Lynch said.

This year’s Oyster Queen was bartender Taylor Callahan. She views Oyster Fest as a representation of Irish Times and its values.

“Being given the title of Oyster Queen was definitely a huge accomplishment,” Callahan said. “It’s the coming together of family and friends, as well as making new friends.”

A four-year veteran behind the bar at Irish Times, Callahan has become a recognizable face at the establishment.

“I’ve always considered myself a friendly person and I love to put a smile on other’s faces when they walk into Irish Times. I’m hoping that’s the reason I was chosen as queen this year,” Callahan said. “A smile goes a long way, but a smile with a Guinness in your hand goes further.”

Looking Toward the Future

Lynch views Irish Times as a family business. He hopes to eventually hand the pub down to his 12-year-old daughter Emma.

“All my uncles and first cousins have come through and worked here and it’s great. My daughter lives in Ireland, she comes over twice a year for five weeks in the summer, and she’s started working now,” Lynch said. “I think the difference with Irish Times is that it feels like a pub in Ireland, rather than a pub just saying that it’s an Irish pub. I think in the way it’s evolved, like a lot of the older pubs in Ireland. They’ve grown… from my uncle to me, and then the next step would be to my daughter.”

The success of both Irish Times and Martin Lynch show that passion is an essential quality of a happy life. 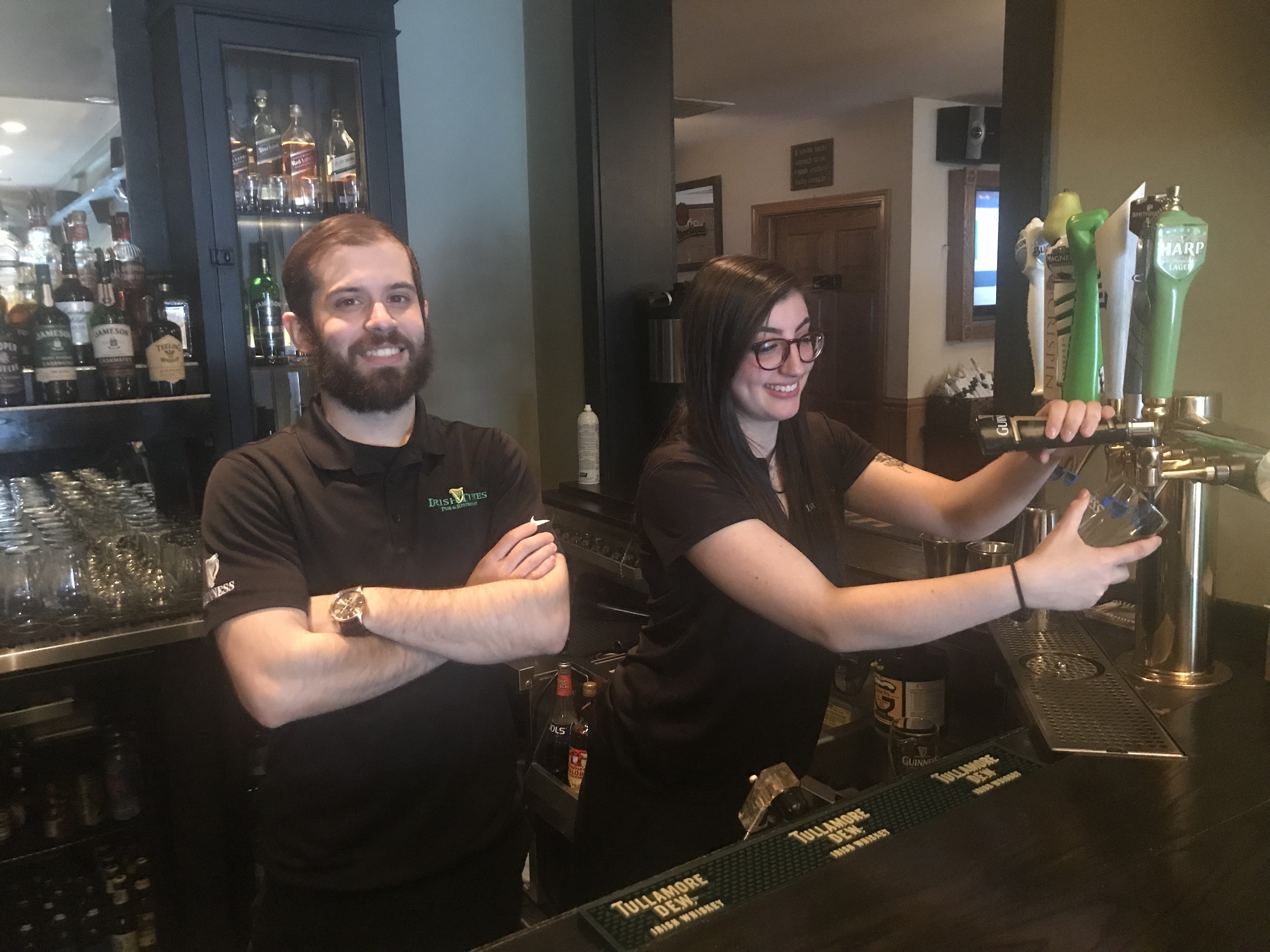 “I think that (if) you can find something, no matter what you’re doing in life, just do it to the best of your abilities. I think the odds are that you will succeed at it,” Lynch said. “I would prefer to work 100 hours of week here than do 40 hours of work there (SISK).”

Lynch’s transformation from civil engineer to publican is an immigrant success story that is uniquely American.

“When I was growing up in Ireland, I remember at my grandmother’s house there was a picture hanging on the wall of the pope, but above that was a picture of John F. Kennedy,” Lynch said. “I feel like being successful at Irish Times, to do that in America of all countries, I think it means more to me. Because I feel that America is the best, and if you’re the best at something in America, you really are the best.”

Editor’s note: An earlier version of this story incorrectly stated the age of Martin Lynch’s daughter, Emma. She is 12 years old, not 11. Lynch was also misquoted — he looked through an airplane window, not a mirror and he came only knowing how to milk cows, not make them. A photo caption also listed the people within it as bartenders. The male is actually the general manager. Changes have been made to reflect these mistakes.