Marissa De La Cerda and Meredith Melland reported from downtown, starting at the Willis Tower and ending at the Thompson Center where CTU, SEIU and strike supporters gathered for a rally after Mayor Lightfoot’s budget address on Wednesday morning. 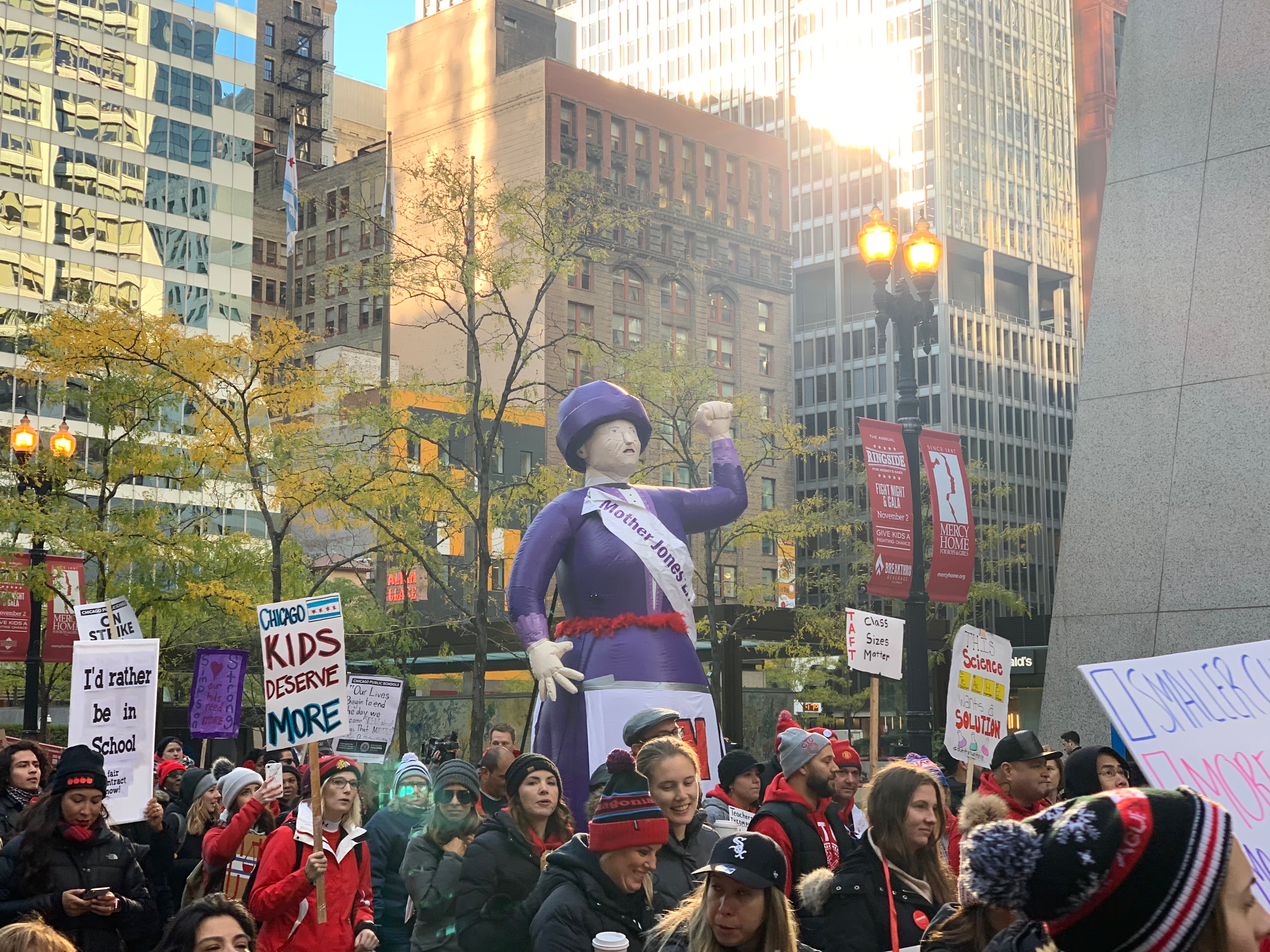 A week into the strike that began on October 17, Chicago Teachers Union (CTU) members and Service Employees International Union (SEIU) members are still picketing for a new contract (which includes smaller classroom sizes, better wages for support staff, paid prep time for their classes and affordable housing for students) after failing to reach an agreement on Tuesday. Chicago Public Schools canceled school on Wednesday, marking the fifth day of class cancellations.

On Wednesday, instead of gathering outside of the schools, however, a few thousand union members, along with strike supporters, congregated as early as 8 a.m. at different parts of downtown on Wednesday morning before marching towards City Hall where Mayor Lightfoot would be giving her first budget address as mayor.

They walked and danced their way through the closed-off streets of downtown. They waved banners and chanted, “Get up! Get down! Chicago is a union town,” while waving signs and flags. Some surrounding people in the area rushed down the sidewalks on the way to work, but others high-fived protesters, yelled messages of encouragement or raised their fists in solidarity. 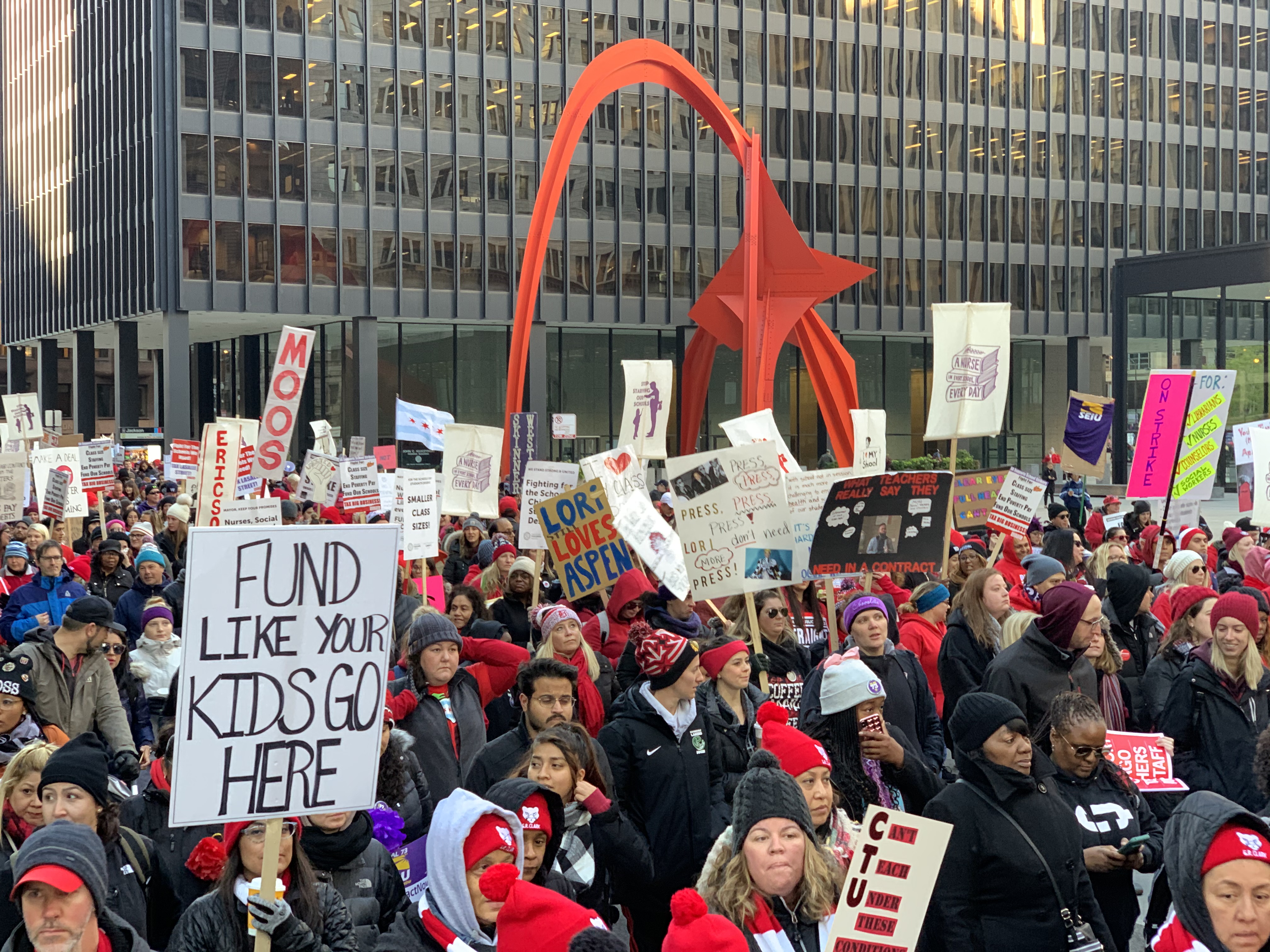 Teachers and staff members echoed concerns over the lack of access to affordable housing for their homeless students. (Marissa De La Cerda, 14 East)

Teachers and staff members echoed concerns over the lack of access to affordable housing for their homeless students.

“There are over 16,000 students that are homeless,” said Carrie Watterson, a pre-k teacher at Cook Elementary School in the Auburn Gresham neighborhood on the city’s South Side. “How are they supposed to do their homework if they don’t have a home to go home to?” 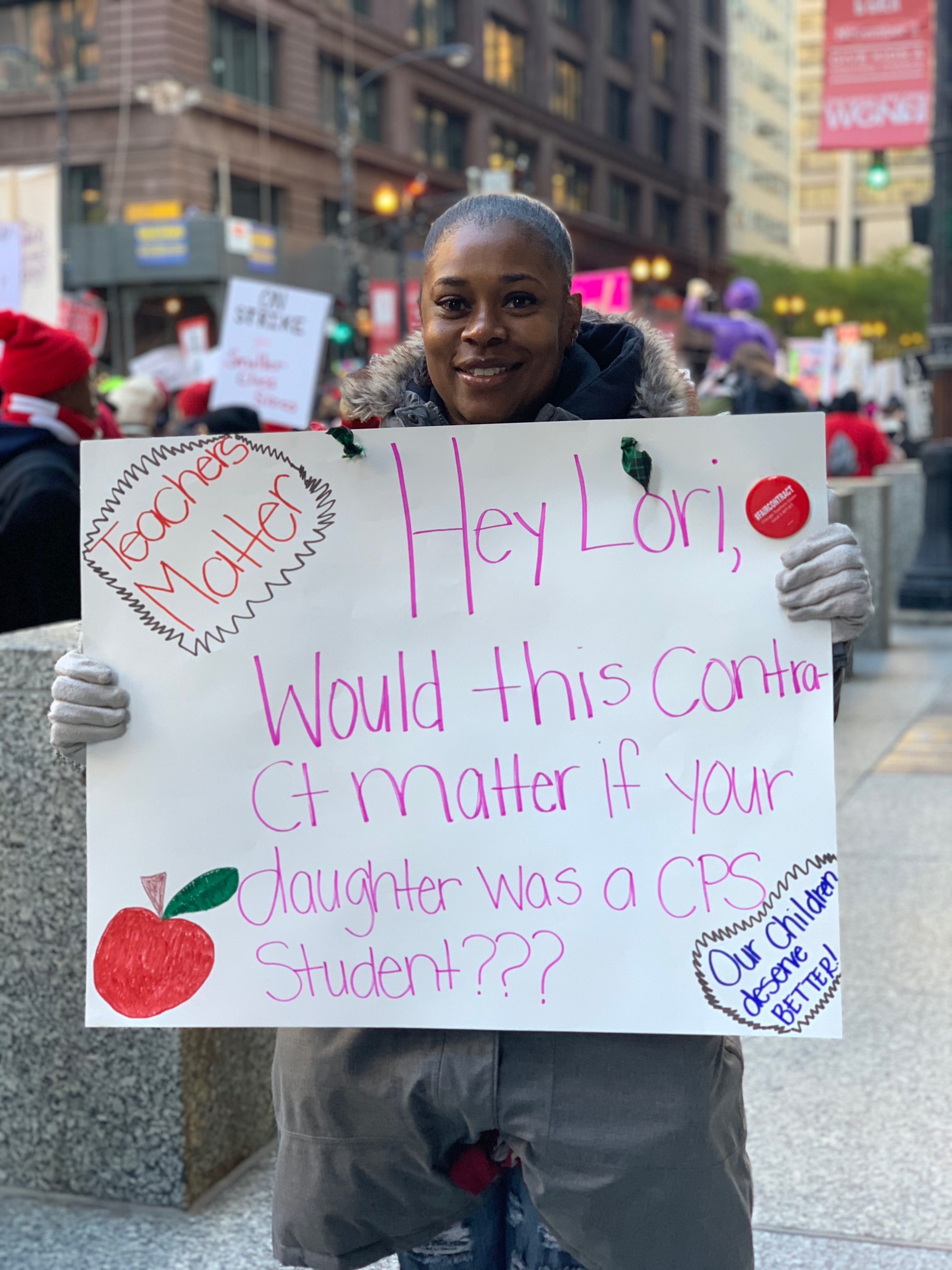 She also stressed the importance of fighting for more support staff, especially staff who are equipped to work with students with disabilities. “There’s not enough support staff,” she said. “Not enough staff or nurses in the school to be there five days a week to help us take care of diverse learning children, kids that have sickle cell, children with epilepsy… these kids need this care.”

Similarly, Erin Lynch, visual arts teacher at Friedrich L. Jahn Elementary of Fine Arts, emphasized the need for a more livable wage for support staff and teacher’s assistants. She said that many of these staff members have to work multiple jobs to survive. “One of our members works all day at school and then works at Walgreens until 9 or 10 at night,” she said.

Angelina Griggs, substitute special-ed classroom assistant and member of SEIU Local 73, said that aside from wanting to have a wage that’s above the poverty level, support staff also want more benefits, including sick or vacation days.

In terms of how they’re feeling about contract negotiations and Mayor Lightfoot’s budget address, many are not as hopeful as they originally were.

“I felt hopeful until I received an email stating that Lightfoot is demanding we go back to work without pay,” Watterson said. “So I don’t really feel hopeful right now. I feel like she’s being extremely stubborn.”

Sandra Congreive, a former CPS teaching assistant, said she doesn’t know what to expect at this point in negotiations. “I have this gut feeling that there is money and I’m afraid that it’s going to get political and may not go in the direction we want,” she said. 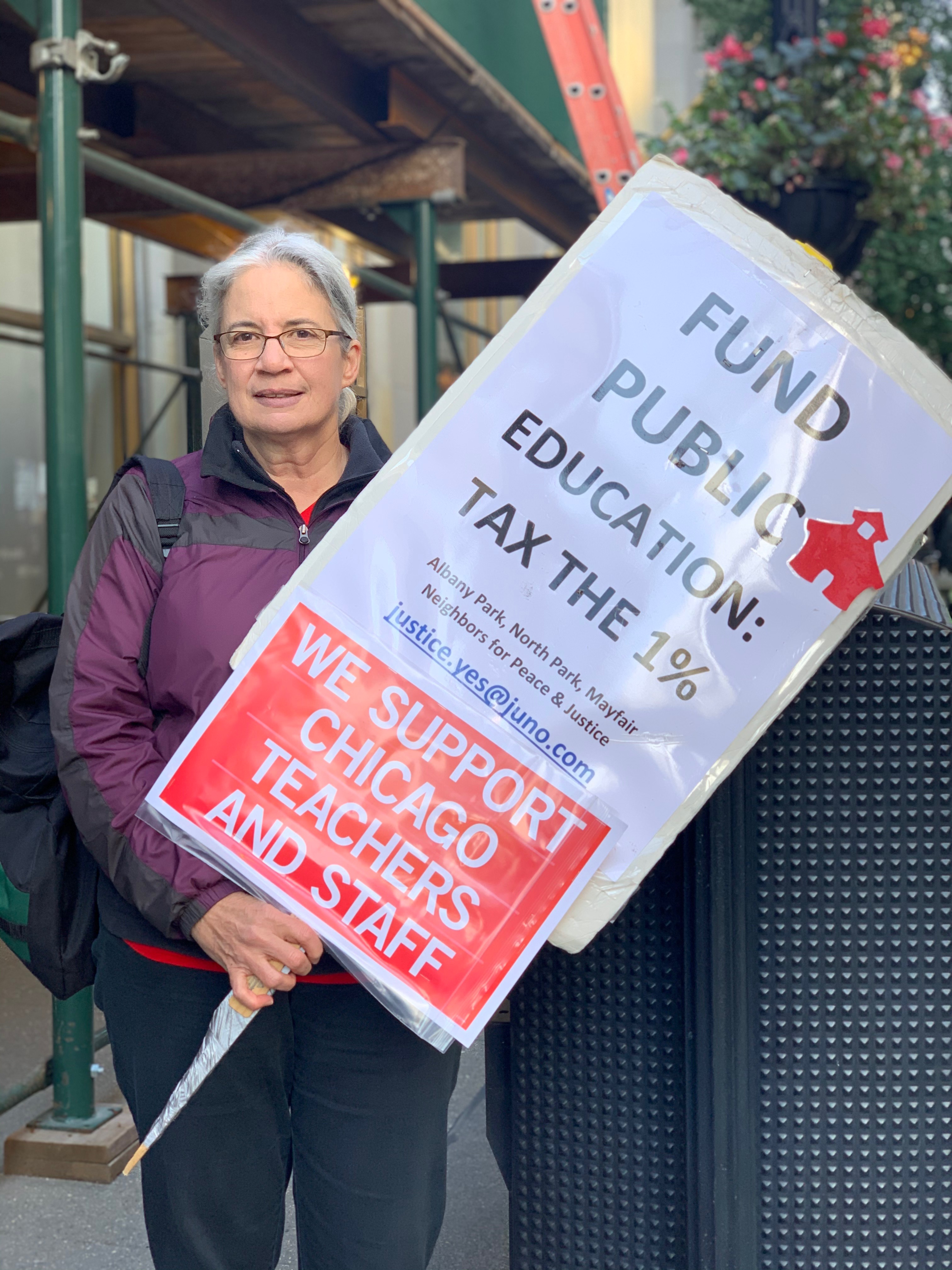 As the rally continued, Lightfoot began her address. She announced that she has managed to generate $163 million for CPS ($66 million more than last year), which would only be enough to cover the $500 million CTU has already rejected.

Negotiations between CTU and CPS continue as of 4:30 p.m, but it remains unclear whether an agreement will be reached before the weekend.