Grace Del Vecchio reported from the North and Clybourn Red Line stop on Tuesday morning. She live tweeted her coverage.

On Tuesday morning, Chicago Teachers Union (CTU) strikers left their picket lines and convened on Chicago’s North Side to protest the distribution of Tax Increment Financing (TIF) funds to the city’s latest development project, Lincoln Yards, in Lincoln Park. The mayor’s support of the project fell under heavy scrutiny when City Council approved $1.3 billion in TIF subsidies to fund the project and has only received more dissent since the Chicago teachers went on strike. CTU protested Lincoln Yards on Tuesday while simultaneously striking to get more city funding for CPS.

Educators gathered at three locations in Chicago before making their way to the megadevelopment in at the western edge of Lincoln Park: Oscar Mayer School, the North and Clybourn Red Line stop and in Wicker Park.

On Thursday, October 17, CTU members went on strike over contract negotiations for a variety of reasons — issues topping the list were overcrowded classes and a need for more support staff (including social workers, librarians, and nurses in schools and lower caseloads for counselors). CTU members are also asking for paid prep time and affordable housing for students and their families. 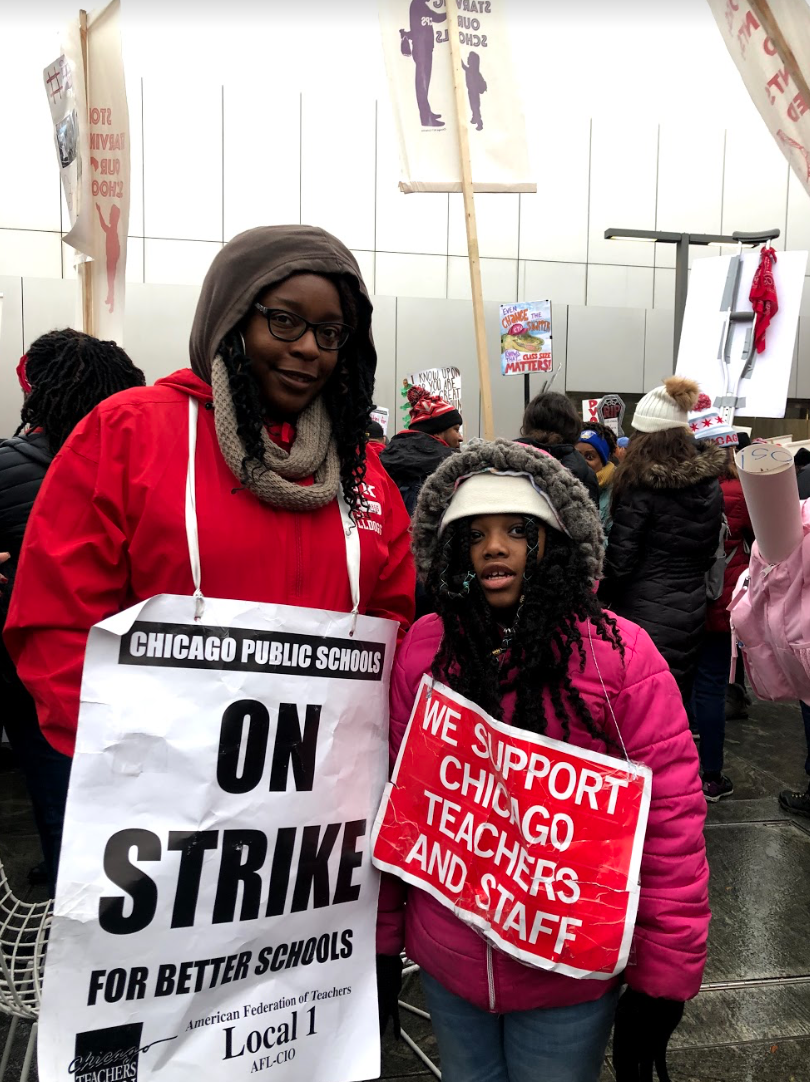 The focus of Tuesday’s protest was the allocation of the city’s TIF funds. Tax Increment Financing is a special source of city funding meant to promote investment in designated geographic areas, specifically “blighted” areas or areas are in danger of becoming blighted. Within an area designated a “TIF District,” property taxes are frozen over a long period of time (usually 23 years), and additional tax revenue generated goes to a general fund meant for projects that encourage development within the neighborhood. The money is spent on everything from additional funding for schools and parks, infrastructure improvements, public-private partnerships and development subsidies.

Much public scrutiny exists over how the city spends TIF funds, and the funding of Lincoln Yards is the most recent example. At the protest, as they prepared to march toward Lincoln Yards, CTU members expressed frustration toward the new development in Lincoln Park and others around the city.

“Everything in this city seems to be geared towards development and we never want to develop the schools. Our schools are starved,” said Juan Padilla, a math teacher at Curie High School in Archer Heights. “We have TIF surpluses that we give downtown to beautify our entrances because it looks good for the city, but we have schools with ceilings that fall onto the students. We’ve seen this in our school and we know it happens in other schools and we just want that level of investment of infrastructure in our schools.”

In Lightfoot’s first budget as mayor presented last week, she allocated $66 million of this year’s TIF surplus to CPS, reaching a total of $161 million given to the school district from that fund.

In July, the Tribune reported on the Cook County Clerk’s office’s announcement that Chicago had experienced a 27 percent increase in TIF revenue in 2019, bringing the total revenue to $1.2 billion. The report came at a time when talk of a CTU strike was prominent, but not yet certain, and noted the original purpose for TIFs: to distribute revenue to help spur development where it is not already taking place. By this definition, opponents of Lincoln Yards would argue Lincoln Park, one of the wealthiest communities in the city, is not a worthy candidate for TIF funds.

“We’re marching to Lincoln Yards because they got funding that we need more,” said Deanna Carter, a teacher from Deneen Elementary School in Greater Grand Crossing.

“[The strike is] stressful for sure, I want to be teaching, I miss my students, but I’m not getting tired of fighting for what we need.”

Tuesday marked the ninth day of canceled CPS classes. Negotiations resumed Tuesday morning. Nine CTU members were arrested on Tuesday afternoon in the lobby of Sterling Bay, which is the developer involved in the Lincoln Yards project. They were delivering a letter to Sterling Bay’s leadership.

Meanwhile, the union scheduled a meeting with its House of Delegates at 6 p.m. In order for the strike to end, CTU’s 800-member House of Delegates must vote on a contract. So if an agreement is reached this afternoon, delegates might be able to move quickly to approve the contract and end the strike.

“It’s been a long nine days, but I know that at the end of the day, this is for a good cause,” said Neshell Graham, a biology teacher at Curie High School. 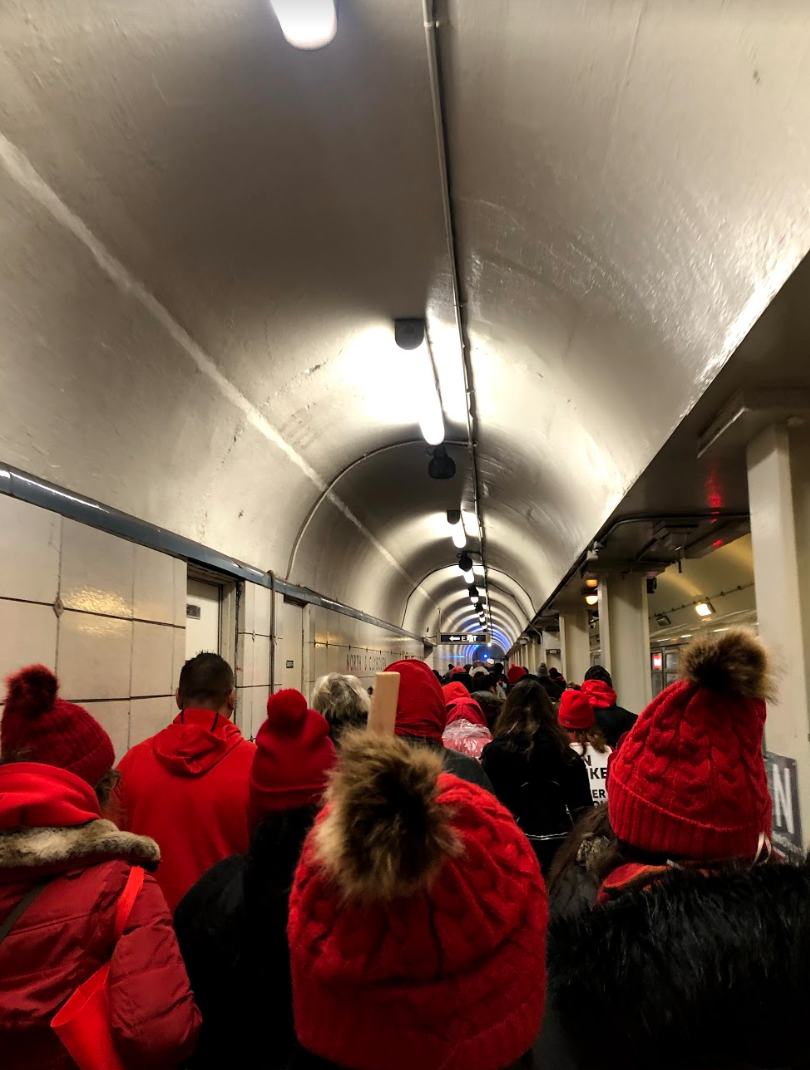 “We’re fighting for the mayor to change her priorities and fund schools the way they should be funded and to eliminate the disparity between schools,” said Dan Estep, an art teacher at Curie.

The educators acknowledge the drawbacks to the strike and the impact it is having on students, particularly those approaching graduation.

“I have some seniors who are getting stressed about the college deadline, but we’re doing this for them and the future of our students,” said Araceli Zamora, a Spanish teacher at Curie.

Early college applications are due on Friday, which require letters of recommendation and essays — neither of which teachers can help or communicate with students about right now. In an attempt to help CPS seniors before they graduate, a Google Form is circulating in hopes of connecting CPS students with CPS alumni and people with writing backgrounds to help edit college essays.