“Bad Game of Musical Chairs:” The Downfall of Chic...

Building renovations and conversions are integral in the maintenance of Chicago’s ever-changing urban landscape.

But when it comes to housing conversions, these transformations often come into conflict with accessibility, and Chicago’s relationship with single-room occupancy hotels (SROs) and their decline points to diminishing access to diverse and affordable urban housing.

For residents at Foswyn Arms, an SRO in Edgewater, this diminishing access was actualized in 30-day eviction scare tactics and a list of SRO options that gets smaller every year.

SROs are one-room, furnished dwellings consisting of not more than 250 square feet of floor area, according to the City of Chicago’s definition. Typically consisting of a bed and a hot plate, these units are available for rent at an affordable price — the fair market rent of SRO units is typically 75 percent that of Section 8 studio apartments, according to U.S. Department of Housing and Urban Development. Residents also have access to a communal bathroom, or in some cases their own. An SRO building is a building that has five or more units and 90 percent of the units are SROs.

Until around the 1970s, SROs were a regular part of the affordable housing landscape in the U.S., said Euan Hague, director of the School of Public Service at DePaul. Since the late 19th century, single-unit housing has been available for the bottom rung of the housing market, giving those who couldn’t afford or had no need for a long-term lease a place to live.

SROs still provide baseline affordable housing for lower-income individuals and others outside of the conventional housing market.

“SROs are affordable for people who often can’t get an apartment because of their past,” said Tajauna Biloche, community housing organizer at ONE Northside, a nonprofit dedicated to protecting affordable housing on the city’s North Side. “A lot of people live in SROs because of something like a history of drug addiction, disability or a mental illness.”

These factors often inhibit securing a 12-month lease and getting a Section 8 voucher is difficult. SROs are often a last resort — a safety net between renting and homelessness, Biloche said.

But the remaining SROs, with a large concentration in Uptown, are in danger of extinction. The hotels have been in a serious decline since the late 1970s — as of 2019, there are 58 remaining licensed SROs, according to city data provided by Starr Campbell, former HUD Housing Preservation Project Coordinator, compared to 3,700 in 1910. And often-times when these buildings are bought-out or renovated, SRO residents aren’t given the time or resources needed to relocate.

Residents of Foswyn Arms learned this firsthand when they received a 30-day eviction notice the second week of August, telling tenants to move out by September 31.

The owner, David LaBunski of Cedar Realty, plans to renovate the building, reducing units from 88 to 62 in order to include bathrooms in each room, according to an email by Don Terry, spokesperson for the city’s Department of Housing. 14 East reached out to David LaBunski, but he declined to comment.

LaBunski, who declined to comment on this article, later told Block Club Chicago that he did not own Foswyn Arms, despite his name on Cook County Assessor’s office tax property documentation and several residents naming him as landlord.

This sparked panic among residents — many of whom have lived there for decades.

“They were scared,” said Richard Camp, former Foswyn Arms resident. “If you’ve been in a place 20-30 years and you’re comfortable, it’s hard to have to look for a place all of a sudden.”

Not only were they comfortable, but many residents also couldn’t afford the extra moving costs.

“There’s people on Social Security and disability,” he said. “They don’t have the money just like that.”

Camp and other Foswyn Arms residents, alongside ONE Northside, worked to ensure the building owners followed the requirements of a 2014 SRO preservation ordinance.

The ordinance stipulates that owners must give a relocation plan, which includes a list of affordable residence options and $2,000 in relocation assistance to every resident.

Camp is no newcomer to SRO relocation. He moved to Foswyn Arms two years ago after the Wilson Men’s Hotel closed down. 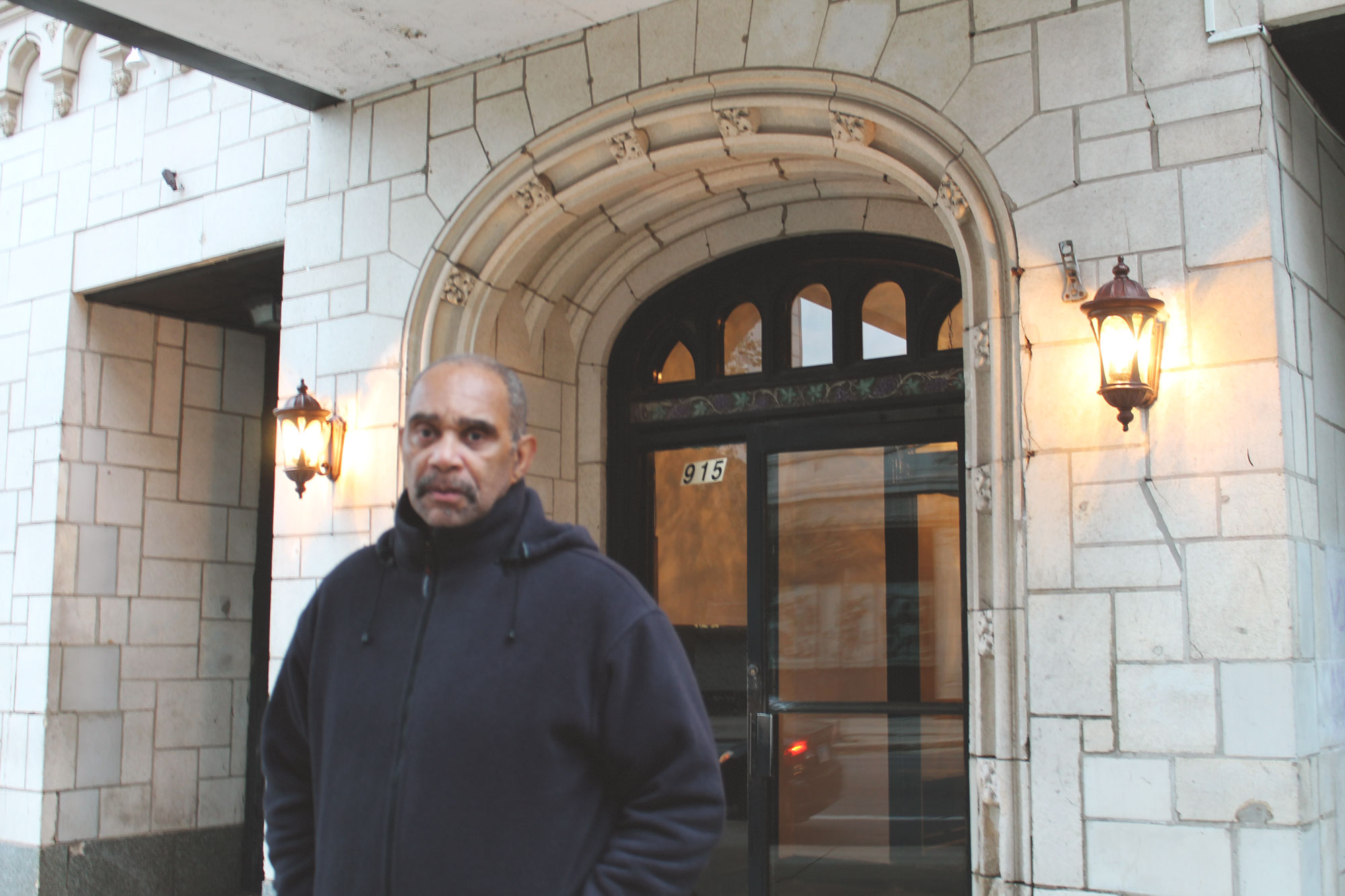 Camp did what he could to reassure residents of their rights, having gone through the process before.

“I told them this was illegal,” he said, referring to the fact that, while private landlords in Chicago can give 30-day eviction notices without cause, SRO occupants are protected. “Bide your time. But save your money.”

Employing tactics like refusing to leave, offering rent for September and October (which Camp said the building manager rejected), door-knocking to educate other residents and contacting city officials, residents extended their eviction date to November 1, received a relocation plan and $2,000 each from the building owner.

The renovation may not qualify for the city’s definition of conversion because the new units are proposed to stay in the dimensions of the Chicago’s definition of an SRO, said Noah Moskowitz, ONE Northside housing organizer.

Residents can move back in 18 months when the renovations are finished but owners aren’t obliged to rent to former residents if they accepted the $2,000. Additionally, while the owner has not stated what the exact rents are of the rehabbed apartments, he has suggested they will be more expensive, Moskowitz thinks likely $200-300 more per month.

LaBunski sold the Ambers, an SRO in Roscoe Village, through a trust, to BJB Properties in 2012. It was then renovated to high-end studio apartments starting at $915 a month.

If the Foswyn Arms rehabilitation had qualified as a conversion, the city would usually require the owners of converted SROs to maintain affordable units in the building.

The city initially put a hold on the owner’s renovation permit request to ensure the owner was following the ordinance, which was lifted after eviction date was moved, according to the Chicago Tribune.

Loss of SRO hotels is not a new phenomenon, but the buildings were once commonplace.

Most SROs in the U.S. were built between 1890 and 1930 to accommodate urban population increases during the Gilded Age. They were an alternative for single people and poor families looking for housing in city centers.

Inhabitants were often unmarried, male, cash-waged laborers, giving SROs the colloquial name “men’s hotels.” Women would typically stay at home until they got married, so the hotels were affordable options for single men.

“They were a part of urban life,” Hague said.

In Chicago, Hague cites a high concentration of SROs in Uptown, South Loop and West Loop in the early 1900s.

After World War II, SRO development ceased — suburbanization and the emergence of a new middle class lifestyle that advocated for families and appliances — leaving urban areas with what had been built during the early 20th century. This lack of growth was met with Mayor Richard J. Daley’s urban renewal,a public movement in the 1960s characterized by the demolition of substandard housing in Chicago communities – almost always minority or Black communities – and the construction of large public housing projects such as Cabrini Green.

This decline escalated with gentrification and urban development in the ‘80s and into the ‘90s, Hague said. As lower-income neighborhoods transformed to reach middle class standards, SROs were purchased by developers and converted to high-end condominiums or apartments, displacing SRO residents.

“In neighborhoods like Uptown and the South and West Loop, the land became valuable,” Hague said, “And the owners were able to make more money by selling.”

The population of SROs began to shift from day-workers to individuals unable to obtain or afford a private lease — seniors, people with substance abuse disorders, those with physical and mental health problems. This shifted general perception of SROs and there was little public effort to protect them.

“They were seen as a concentration of a problem,” Hague said. “Typically male-dominated, associated with crime, drugs and prostitution.”

While some publicly-owned SROs have quick access to mental health facilities and non-profit resources, many privately-owned SROs that are run as small businesses lack the same access.

Living in SROs, particularly for-profit private ownerships, has been associated with higher rates of HIV infection, emergency room use, recent incarceration, physical assault, crack cocaine smoking, and cocaine, heroin and methamphetamine injection, according to research by the International Journal of Drug Policy.

And according to a study conducted by Public Health Nutrition, 75 percent of the SRO residents sampled were considered food insecure and 52 percent met criteria for severe food insecurity.

This lack of resource access is a catch-22, Eric Klinenberg writes in Heat Wave: A Social Autopsy of Disaster in Chicago. The old and the ill are unable to live safely in SRO hotels, but the hotels are still necessary in how they’re the only alternative to homelessness. SROs remain a critical means of housing for lower-income individuals.

“Without these SROs, [residents] would be homeless,” Biloche said.

Camp remembers Foswyn Arms as quiet and amicable. He won’t miss the building — he found bed bugs while he was leaving — but he will miss the relationships he formed.

Foswyn Arms didn’t have the facilities for community building. Camp said he always wished for a space to play cards, sit down and talk. But despite the lack of community space, residents made do.

“Everyone had fun on their floor,” he said. “We would talk and have fun and watch football in each others’ rooms.”

He’s worried about the strict rules at his new residency, Wilson-Windsor Hotels. “They were like ‘no noise, no coming out with your shorts on.’ Who does that?”

As of November 7, eight residents remain in Foswyn Arms finalizing relocation plans, but most have been relocated to other SROs.

The uncertainty of rent costs after renovation left many residents struggling to find a place that fits their needs, whether that be location convenience or lack of attractive options.  One of the SROs on the relocation list had “front doors boarded with plywood,” Camp said.

Camp isn’t concerned for himself. While the relocation was frustrating, he is still able to work, so the move wasn’t as difficult for him financially. He’s tired, but he loves his job as a hospice nurse. He knows it’s not the same for others.

“Other people don’t have that luxury,” he said, “there’s people there now who I’m not sure what they’re going to do.”

He does hope he won’t have to move again.

While relocation plans and $2,000 of assistance are commendable, remaining seats in this game of housing musical chairs are dwindling.

Despite these initiatives, the number of SRO buildings dropped from 77 in 2014 to 58, as of August 2019. The Uptown community lost almost half its SRO buildings between 2008 and 2018, as reported by the Chicago Tribune. 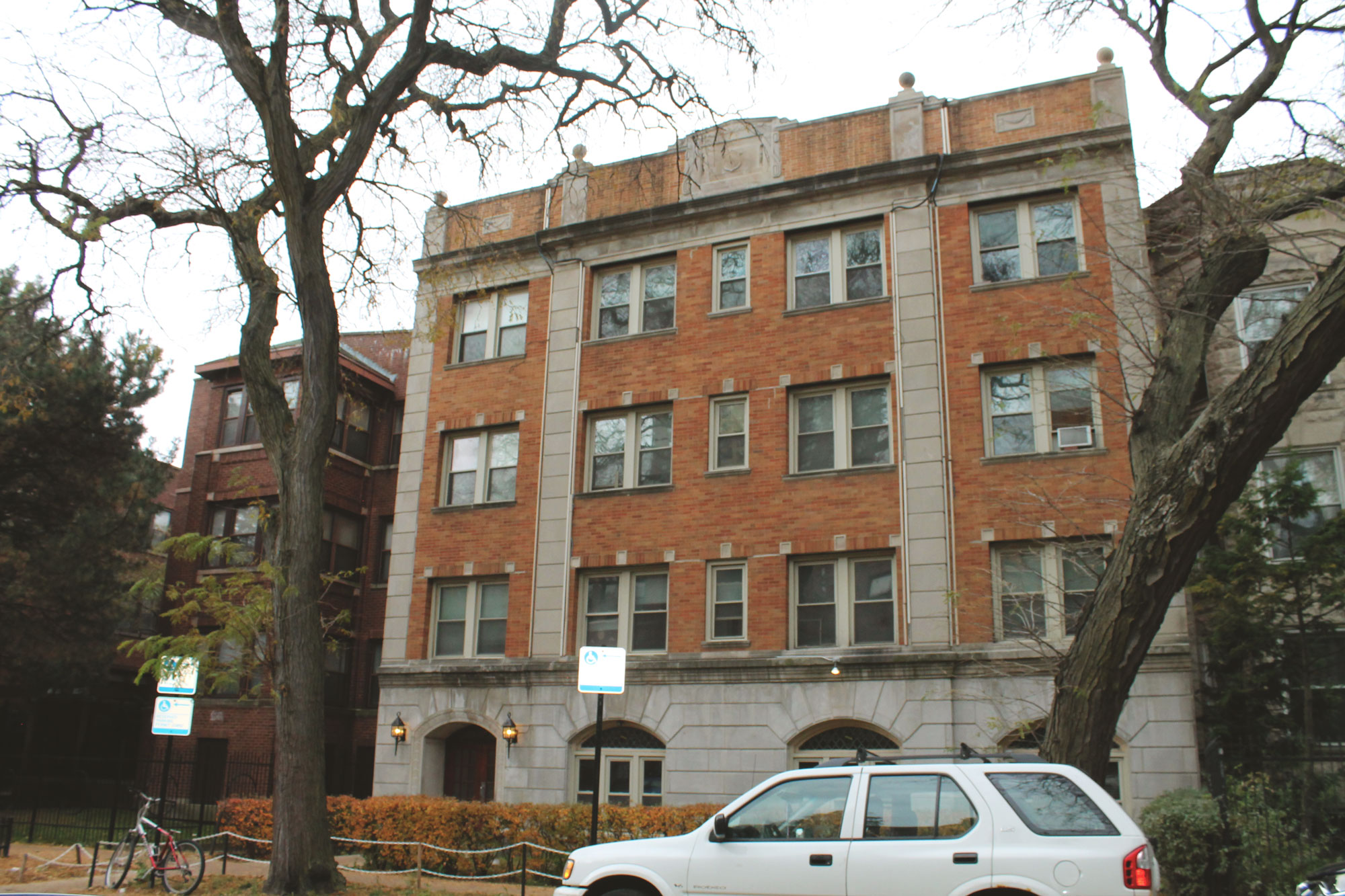 “SROs meet a lot of people’s needs,” said Isabelle Gallant, ONE Northside volunteer and DePaul student. “They fill the gap the the [Chicago Housing Authority] leaves and gentrification is expanding. If SROs are disappearing, there’s nothing to fill that gap and that’s scary.”

“Urban lives have become much more divided,” he said. “There are poor neighborhoods and then middle-class white neighborhoods. SROs are part of a housing market that has disappeared.”

According to housing experts and advocates, disappearance of SROs and safety net affordable housing contribute to this divide.

If these last-resort housing accomodations dissipate and this concerning game of SRO musical chairs ends up chairless, where will residents turn?

Editor’s Note: Since publishing, LaBunski told Block Club Chicago that he did not own Foswyn Arms, despite his name on Cook County Assessor’s office tax property documentation and several residents naming him as landlord. A clarifying paragraph has been added to the story to reflect this.

Additionally, 14 East originally published that The Ambers had an SRO license, based on information from Chicago’s data portal. It has now been updated to reflect current SRO data provided by Starr Campbell, former project manager of HUD Housing Preservation.