Trends seem to come as fast as they go, especially in the world of makeup. However, it might be surprising that one of these new so-called “trends” has actually been around for years. Ever heard of Euphoria makeup?  Most people interested in makeup have. Due to the popularity of the show this makeup trend borrows its name from, people that know nothing about makeup have too.

Euphoria makeup is essentially editorial makeup inspired by the popular HBO coming-of-age show Euphoria, depicting teens battling drug addictions, abuse and anxiety. One of the aspects of the show that has gained popularity through social media is the elaborate, dramatic makeup looks worn by the characters. These looks usually consist of bright, flashy eyeshadow and gemstones or feathers glued around the eyes. Fascinated and inspired by these makeup looks, people have been trying to recreate them, calling it Euphoria makeup. 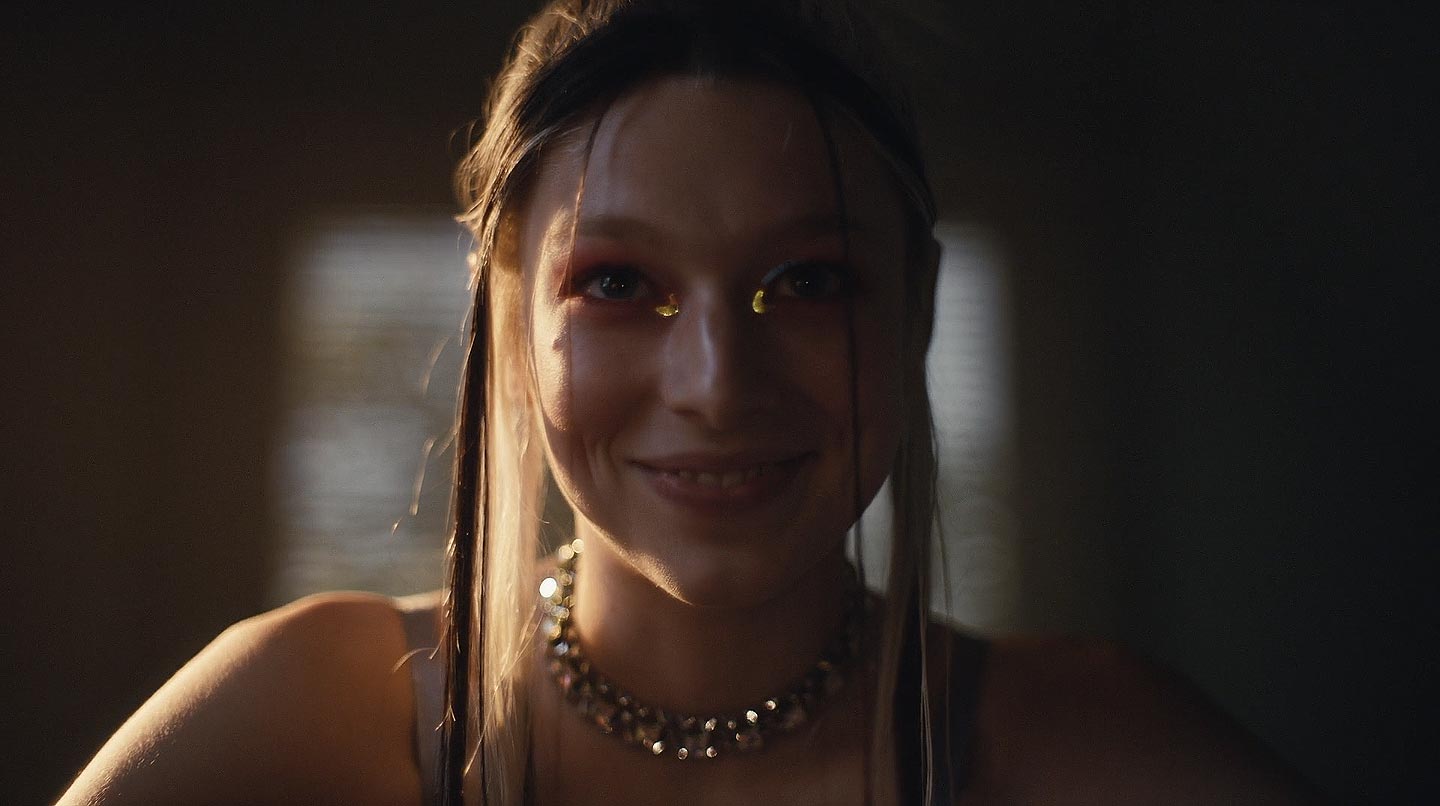 The fact that individuals are coining all editorial makeup as Euphoria makeup now is not very shocking to me. I spoke with Felix Garza, a 27-year-old licensed makeup artist, to see his perspective. Garza said that before Euphoria, many people didn’t know about fancier, editorial makeup because of the power of social media.

“YouTube and Instagram have become more influential when it comes to makeup. Editorial work isn’t seen as much. Rarely will you see editorial looks being displayed on social media, unless it’s from a fashion show,” he said. Garza also pointed out that a lot of trendy makeup styles are popularized by celebrities, due to their “huge social media followings.”

Euphoria’s main character is played by Zendaya, a popular actress with 63.2 million followers on Instagram. Due to her star status and the success of the show, the makeup looks from Euphoria were advertised and popularized both through her and the show’s social media platforms. But because editorial makeup itself is usually not popular on these platforms, as Garza pointed out, when it was introduced through the show, people thought of it as a new concept. Thus, the term Euphoria makeup was coined. 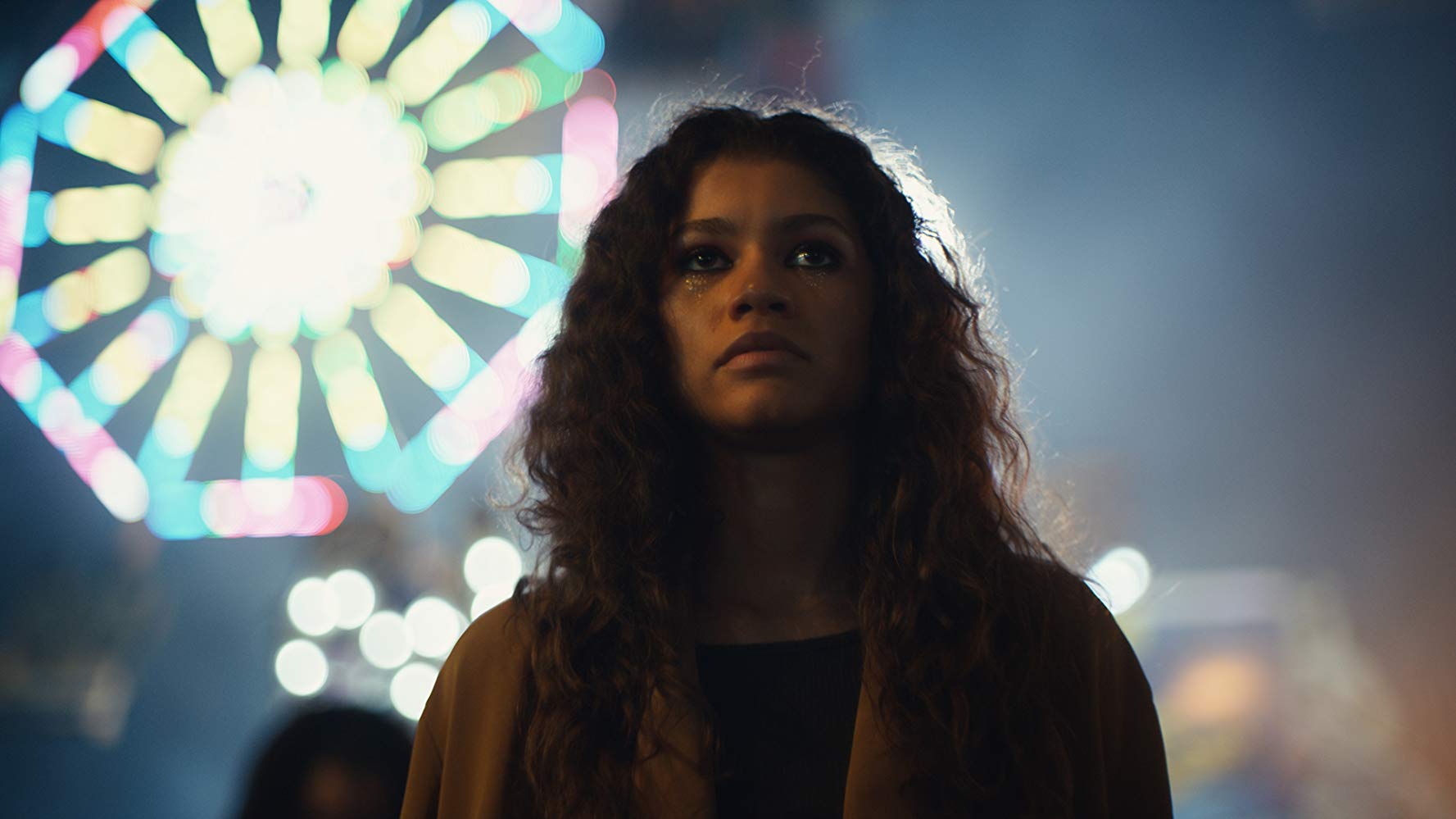 “I believe that Euphoria helped bring editorial makeup to social media platforms where people who don’t really play around with makeup, like me, are able to see it,” said Denise Mares, a 19-year-old makeup enthusiast. Mares has an interest in makeup but doesn’t always go for crazy, advanced looks. She said she didn’t realize that editorial makeup and Euphoria makeup were the same thing, but it makes sense that the show popularized something that already existed and made it mainstream.

Maici Williams, another 19-year-old makeup enthusiast, agrees. Williams has been into editorial makeup for a long time, often posting pictures of her makeup looks on her Instagram. She agrees that Euphoria has made editorial makeup more accessible and believes that people don’t mean any harm in calling editorial makeup Euphoria makeup. That being said, Williams thinks it’s important to pay homage to where the trend came from.

“It’s great to see more people getting creative with their makeup, but when things become mainstream, we have to look at the source,” she said.

Williams elaborated that she thinks it is important to realize where trends started and who they were meant for before just hopping onto a bandwagon trend. In this case, editorial makeup gained its traction from the fashion industry, Garza pointed out.

Editorial makeup has been used in a variety of runway shows for years, and is still a major player during fashion week every year. Interestingly, editorial makeup artists don’t garner much fame or popularity as compared to glam artists. Popular names such as Mario Dedivanovic and Patrick Ta, both celebrity makeup artists, each have over 7 million and 1.6 million followers on their respective Instagrams. Dedivanovic and Ta were both able to gain popularity and fame through their work on celebrities. Dedivanovic is Kim Kardashian West’s go-to makeup artist. He has been featured on Keeping Up With The Kardashians on numerous occasions and has even collaborated with Kardashian herself on a makeup palette. Ta gained his social media presence by being Shay Mitchell’s and Adriana Lima’s makeup artist. He also used his fame to launch a makeup line of his own, called Patrick Ta Beauty. These two glam artists tend to do simple, beauty-enhancing looks which is what women tend to gravitate towards. Because of this, their popularity and influence is no shock.

The KENZO mermaids come ashore for the #KENZOSS20 show wearing glistening make up by @namiyyy, inspired by the sea. Their still-wet locks were tousled by @hollismithhead while their nails shimmered like pearls thanks to @naominailsnyc. Make-up by @MACcosmetics Skincare by @embryolisse Hair by @lorealhair Nails by @loreal Shot by @paulphung #KENZOBACKSTAGE #PFW

As seen in the Kenzo Spring 2017 ready to wear collection, the models use excessive blush that starts on the apples of their cheeks, but goes further to envelop their temples. This creates a dramatic and fantastical effect, reminiscent of fairy tales and the make believe.

McQueen’s Fall 1999 ready to wear collection also consisted of editorial makeup. The show itself was mesmerizing — snow flew through the runway and models stomped their way across the stage in heels made to look like ice skates. For a winter wonderland personified, McQueen’s models all had bars of silver icy looking makeup applied on their brow bone, going downward towards their noses. This helped the models completely blend into the setting of their runway, transporting the audience and helping make this collection as memorable as it is.

Although extremely powerful on the runway, editorial makeup just isn’t as appreciated by the general beauty community.

“Most people haven’t had exposure to this style of makeup, otherwise they would know,” Williams said. “Euphoria has made editorial makeup more generally accepted, but we have to realize it has existed before, even if it wasn’t as popular.”

As editorial makeup becomes more mainstream, Williams and Garza both hope that people continue to enjoy using creativity in their makeup looks, regardless of whether it was Euphoria that got them into it.