On a sunny October day in Austin’s 29th Ward Veterans Peace Garden, Liz Abunaw stood behind a foldout table. It was lined with a bright green tablecloth and an assortment of fruits and vegetables. Positioned just past the gate to the community area, Abunaw greeted passersby on Madison Avenue, inviting them to check out her fresh produce for sale.

Cassandra Norman, the president of the South Austin Neighborhood Association, invited Abunaw to host a pop-up market in the peace garden. Most of Abunaw’s markets are in the central part of Austin on Chicago Avenue and the garden is in the southern part of the community.

“I wanted, in the event she gets a brick-and-mortar, for the people on this end to become familiar with her because she has a lot of affordable fresh food in our neighborhood,” Norman said.

Abunaw is the founder of Forty Acres Fresh Market, a pop-up grocery store that started in January 2018. The company holds a host of consistent pop-up shops in Austin, including a three-day monthly market (5051 W. Chicago Ave.) on the second weekend of every month and a one-day market on the first and third Tuesday of every month this winter (4950 W. Thomas St.). Forty Acres also hosts additional markets throughout Austin at various locations, on an irregular basis, and offers evening delivery services. 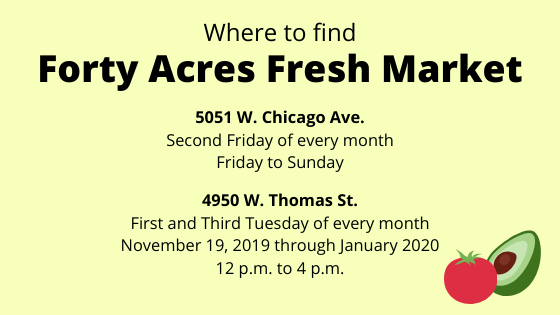 The monthly markets on Chicago Avenue are held inside of the Westside Health Authority’s kitchen. Mirroring the size and set up of a traditional produce section in a grocery store, Forty Acres sells a variety of fruits and vegetables, from eggplants and tomatoes to peaches and kiwi. The irregular pop-ups, like in the peace garden, are smaller but still include an array of fresh produce choices.

Abunaw hopes to open a brick-and-mortar store. Until then, she’s using the pop-up markets to learn how to make her business successful.

“With Forty Acres we are starting small,” Abunaw said. “That means we’re nimble. We can learn, change. We can make changes to the business. What I envisioned when I first started is different than what I’m envisioning now.”

However, the Austin-focused pop-up market is bigger than the business model, she said. After finding herself in Austin, Abunaw realized how different it is from other parts of the city.

“I looked around and everybody looks like me, but I was like, where’s the basic economic foundation that should be there?” Abunaw said. “The types of small businesses, large businesses, goods, services that make a neighborhood function. I was like, ‘There’s something off about that to me.’”

After looking at others to do something about the disinvestment she saw in Austin, she eventually looked to herself.

“Then I thought, how hard could it be? I could totally do that,” Abunaw said. “Really hard. It’s really hard.”

Situated on the West Side, and like many areas around it, Austin is often considered a food desert — when a community has few accessible and affordable options for healthy, fresh food. Residents are then often forced to travel more than a mile for groceries, or settle for fast food options closer to them.

“I don’t like to call it a food desert because deserts occur naturally and it implies that this is just the way things are,” Abunaw said. “This is by design.”

Instead, Abunaw prefers to call it “food apartheid.”

“It is a system of separation based on race, and whether it’s intentional now, or vestiges of the past, or a variety of both, that’s the condition that we’re living under.” 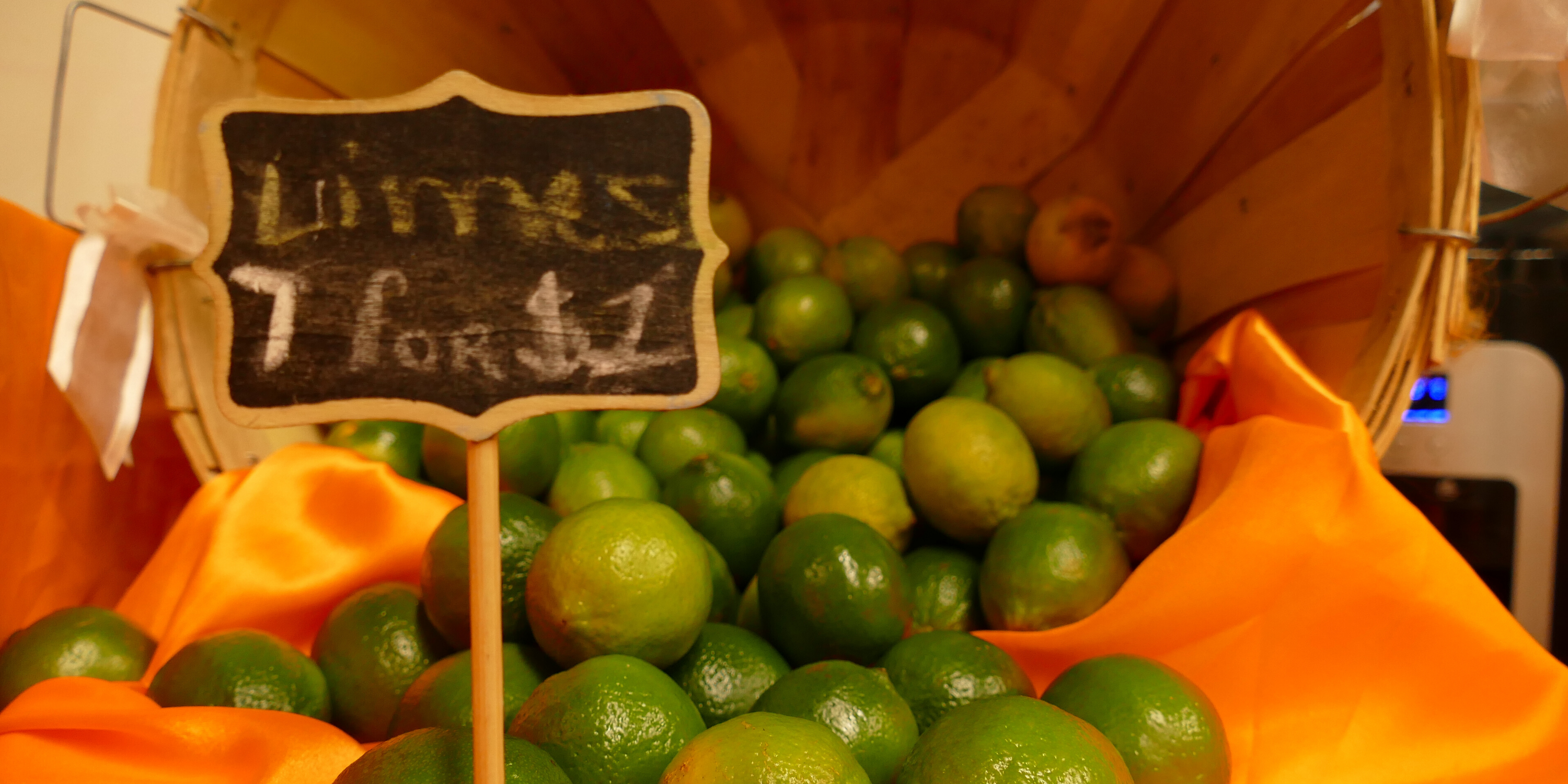 “A lot of people have different types of things that they need. You know they’ve got kids, they want to eat healthier,” said Chantele Jackson, who works at Forty Acres. “There are so many people that have to travel so far to get what they need.”

Jackson has been working with Abunaw for over a year. She said she feels like other grocery stores prioritize profit over the health of a community. “I believe health over money. That’s something that’s keeping you good on the inside and out.”

Recently Forty Acres won two grants — $185,000 from the Healthy Food Financing Initiative and $150,000 from the American Heart Association’s social impact fund — to expand its services and begin working toward a permanent storefront. The brick-and-mortar location will be in partnership with Westside Health Authority, a public health nonprofit where Abunaw currently hosts the monthly three-day markets.

Together, Westside Health Authority and Abunaw are developing what that storefront — which will be located on Chicago Avenue — should look like. However, before Forty Acres takes that next step, they’re focusing on getting customers into the door. Forty Acres uses social media, flyers and word of mouth to spread awareness about the pop-up markets.

More than food accessibility, Abunaw also said Forty Acres is an investment in the community. The market is not a nonprofit, she pointed out. It’s a business that has the intentions of growing in Austin and helping build wealth in the neighborhood.

Abunaw noted that when communities have fewer local businesses residents are often forced to travel to other areas to get what they need, spending their money outside of the neighborhood.  This then furthers the disinvestment because it continues the cycle of resources leaving a community. In Austin, some residents travel to the suburb of Oak Park or other Chicago communities for groceries.

More local businesses in the community could mean more economic development, which is what Westside Health Authority is hoping for.

“We’re trying to create a more vibrant African American business district and trying to find entrepreneurs and innovators that create products, services, goods that target not only the African American population, but have an African American feel to it,” said Morris Reed, the CEO of Westside Health Authority, about the development he’d like to see on Chicago Avenue.

“I think that local business in Austin is really important to the economic development here and you kind of see places popping up here and there,” said Emily Ferry, who works at Westside Health Authority and buys produce at the market. “I just hope they are getting the support they need to stay stable in the neighborhood.”

Norman would like Forty Acres to be like Pete’s Fresh Market, a chain grocery store with a location in the neighboring community Oak Park. Many residents, she said, go there for their groceries.

“It’s massive and it has a cafe,” she said. “They have hot food. They have produce. They have groceries, but their produce area is massive. That’s what I envision being here instead of people going there.”