Indie surf pop group Beach Bunny hosted a listening party for their latest album, Honeymoon, on Thursday, February 13, at Sleeping Village in Avondale. The free event offered fans an opportunity to listen to the album in its entirety a day before its official release date, mingle with other fans and enjoy a Beach Bunny themed cocktail before being treated to a surprise, requests-only set of old fan favorites from the 2017 Crybaby and 2018 Prom Queen EPs as well as new songs off Honeymoon that had never been heard live.

Beach Bunny’s Honeymoon listening party took place in the venue’s tiered event space, which features a stage, dance floor and disco ball on the lower level and a small bar and merchandise space on the upper level. Pastel balloons and streamers filled the upper level, where a DJ played music for the first hour of the event as fans trickled in and muted Beach Bunny music videos played on a loop.

By the time Honeymoon debuted, the venue was packed with fans who danced, mingled and had an opportunity to purchase Beach Bunny merchandise and talk with members of the band in a casual, intimate setting.

“I feel like the album’s kind of a little heavier, as far as its [lyrical] topics, and I hope that this experience is more exciting and celebratory and that we can celebrate an art piece more than focusing on the emotions that I’m talking about on Honeymoon,” said Beach Bunny vocalist and guitarist Lili Trifilio.

Listening parties have become a staple in marketing new music releases. In addition to the Beach Bunny event, Sleeping Village has hosted listening parties for Whitney’s Forever Turned Around and Tame Impala’s The Slow Rush. According to Alicia Maciel, one of the venue’s booking coordinators, an important aspect of what makes a listening party truly special is the “anticipation and excitement constantly build leading up to the event. At the party, fans are able to communicate face-to-face and establish relationships.”

For friends Jade Miralles and Richard Yepez — who had never seen Beach Bunny perform live prior to the listening party, but had secured their tickets to the sold out Honeymoon release show at Metro on February 22 — a listening party is a great way to bring fans closer together without the distractions usually found at a live performance. 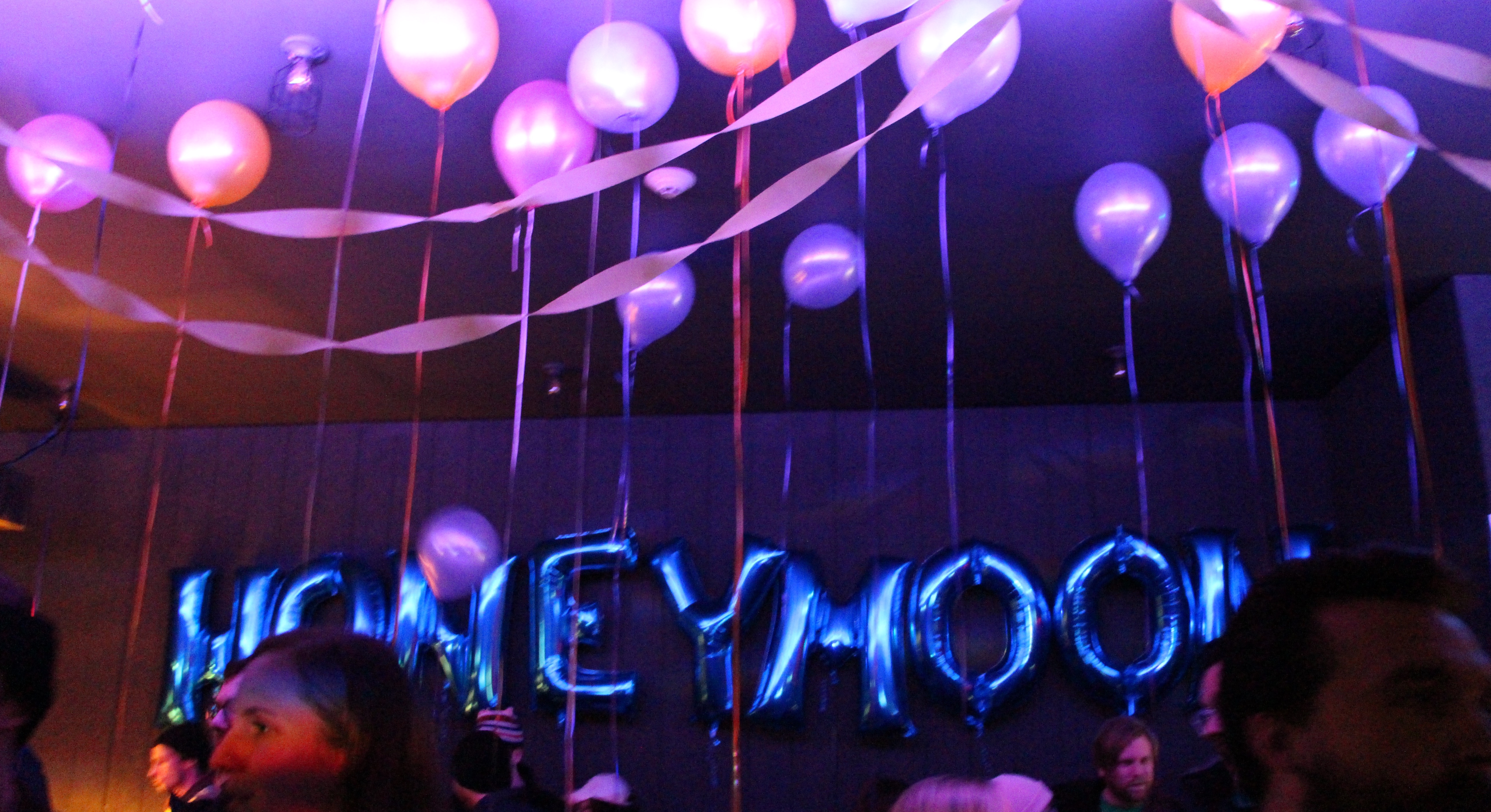 “It feels like a more intimate venue,” said Miralles. “It appealed to me because [members of Beach Bunny] were going to be here with us and we’re all listening to Honeymoon. It’s like a celebration, fans and the artist; it’s a huge celebration we can all share. I don’t get an opportunity to talk to other people at shows because I’m too focused on seeing them live. But this, I can mingle with other people that I feel like I can already relate to through Beach Bunny.”

“Seeing a band live, everyone’s focused on the stage. At a listening party, it’s more social, you can meet more people,” added Yepez.

Luckily for Miralles and Yepez, the surprise set that closed out the event meant they were able to see Beach Bunny for the first time even earlier than they anticipated. Unfortunately for many fans who don’t already have tickets to the official Chicago release show, though, it’ll be awhile before Beach Bunny is back in Chicago. The band is keeping up their momentum by hitting the road with lo-fi singer-songwriter Field Medic on a U.S. and European tour that kicks off with the Chicago release show and will continue until June 15.