When the island of Puerto Rico started the year off with earthquakes, it gave many people awful flashbacks to the disastrous Hurricane Maria that occurred only 15 months before. The strongest earthquake out of the hundreds that had their epicenters in southern Puerto Rico hit on January 7 with a 6.4 magnitude.

Afterward, it was difficult to count how many people died due to the natural disasters. At first, the Puerto Rican government said 64 people had died directly from the hurricane, and then an independent study said that 2,975 people died. Still, some publications and advocates say that the death toll is closer to 7,000 people.

“A magnitude 5.9 earthquake shook #PuertoRico on Jan. 11, the latest of hundreds of quakes there in recent weeks. Further damage was reported on the island's southern coast from the quake, preliminarily measured at 6.0, just days after a magnitude 6.4 quake left one dead, damaged hundreds of homes and other structures, caused an island-wide loss of power and pushed thousands of people to sleep in outdoor open spaces. Tuesday’s earthquake, @apnews reports, was the strongest to hit the island in a century.“ Shot on assignment for @time

And relief to the island has been slow. At a federal level, funding from the Federal Emergency Management Agency has stalled in Puerto Rico and the Virgin Islands, though it was provided to Florida after Hurricanes Irma and Maria, and to Texas after Hurricane Harvey.

When President Trump visited Puerto Rico to help, he received backlash for not doing enough in terms of helping the island and some Puerto Ricans felt insulted that he threw paper towels at hurricane victims. Puerto Ricans also saw that resources given to the island were not properly distributed. Similarly, a video showing a warehouse full of unused emergency aid that was found on the island was shared on Facebook and caused even more of a backlash to and distrust of the Trump administration and aid management on the island.

“We’re invisible, we are an open-air prison. We don’t vote for the president of the United States. We don’t have that power.” – Teresita Ayala, member of the advisory committee of the Maria Fund

This distrust has caused people to find alternative ways to help themselves or search for people from outside the government to provide aid. The Maria Fund is one of the alternative support systems that assist in providing help to the island.

Teresita Ayala, a member of the advisory committee and a native Chicagoan, says that the money that the Maria Fund receives goes directly to leaders and grassroots movements in Puerto Rico. She said the Maria Fund provided resources and funds to 40 different organizations on the island.

Ayala says it is important that the communities tell the Maria Fund what they need exactly instead of the Maria Fund guessing what they need. “The funds are for basic relief,” she said, which include food, medication, diapers, blue tarps for houses without roofs and power generators.

As I flew into Puerto Rico this week, this is the video I captured. Blue= tarps. Governors office tells me there are still 30k homes damaged by hurricane Maria (2017) with tarps. And, the 2019 Atlantic Hurricane season begins today. pic.twitter.com/4F2NGr1dv4

Due to the failure of the federal government, 33,000 roofs still have blue tarps almost two years after Hurricane María. We must commit full resources to prepare our fellow citizens for the worst and stand with them for as long as is necessary to finally help rebuild Puerto Rico. https://t.co/fZEyb8qDok

Because of the earthquakes that occurred earlier this year, there has been a higher demand for not only resources, but also psychological help. “These people are double traumatized. They had two disasters happen to them,” Ayala said. “We had to pull from the Maria fund to support the earthquake relief fund.”

Fortunately, the Maria Fund has been able to raise a lot of money. After Hurricane Maria hit, Ayala said they saw $7 million in donations from 36,000 donors around the world.  For the earthquakes beginning in early January to late February, Ayala said an additional $200,000 came from 800 people.

Puerto Ricans outside the island have also been trying to help in as many ways as they can. On February 27, the Puerto Rican Festival Committee for Arts and Education held an art auction at Granero, a bar in Logan Square. Both local and national talent showed out and all the money that was raised went directly to the Maria Fund. 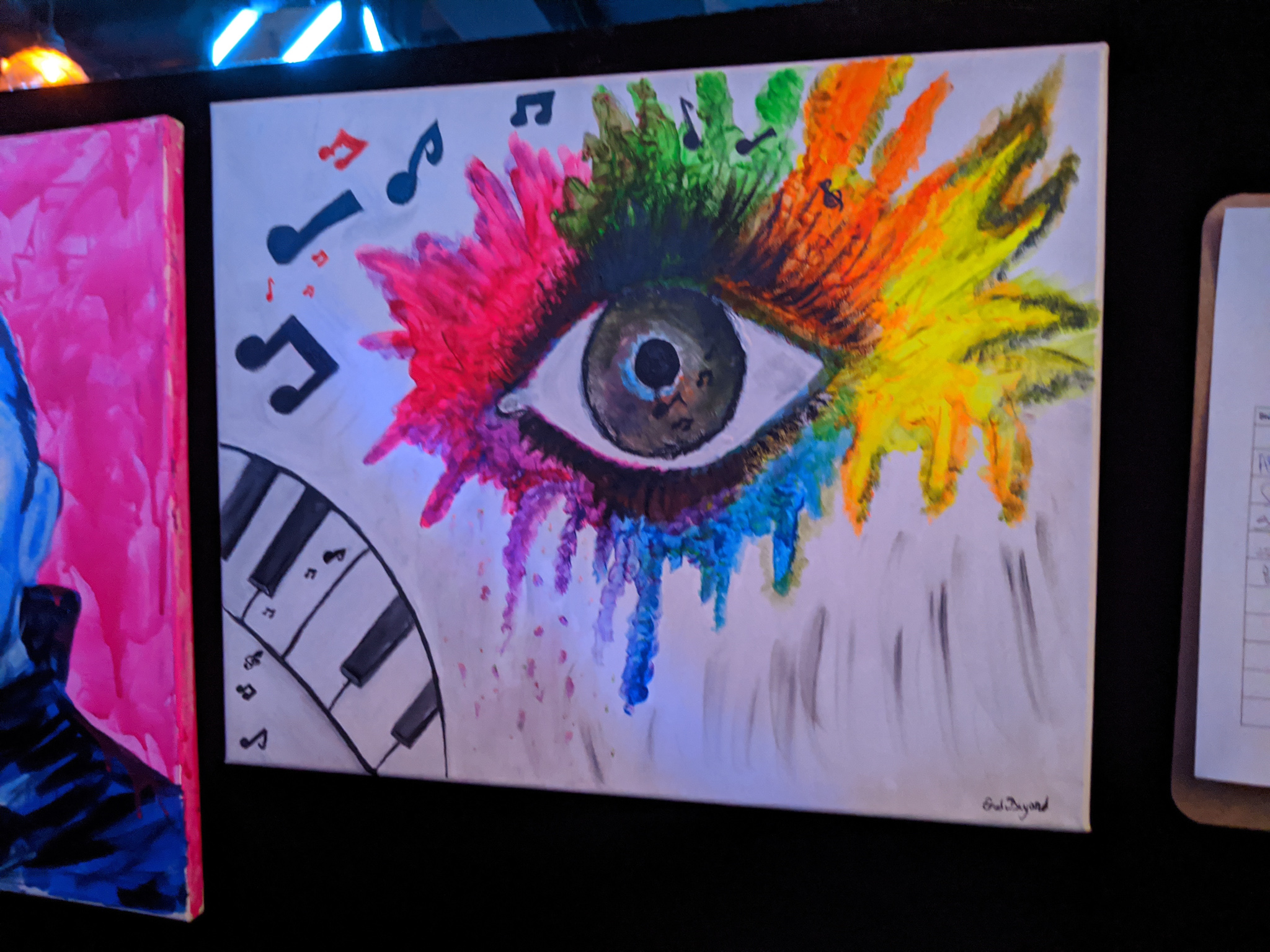 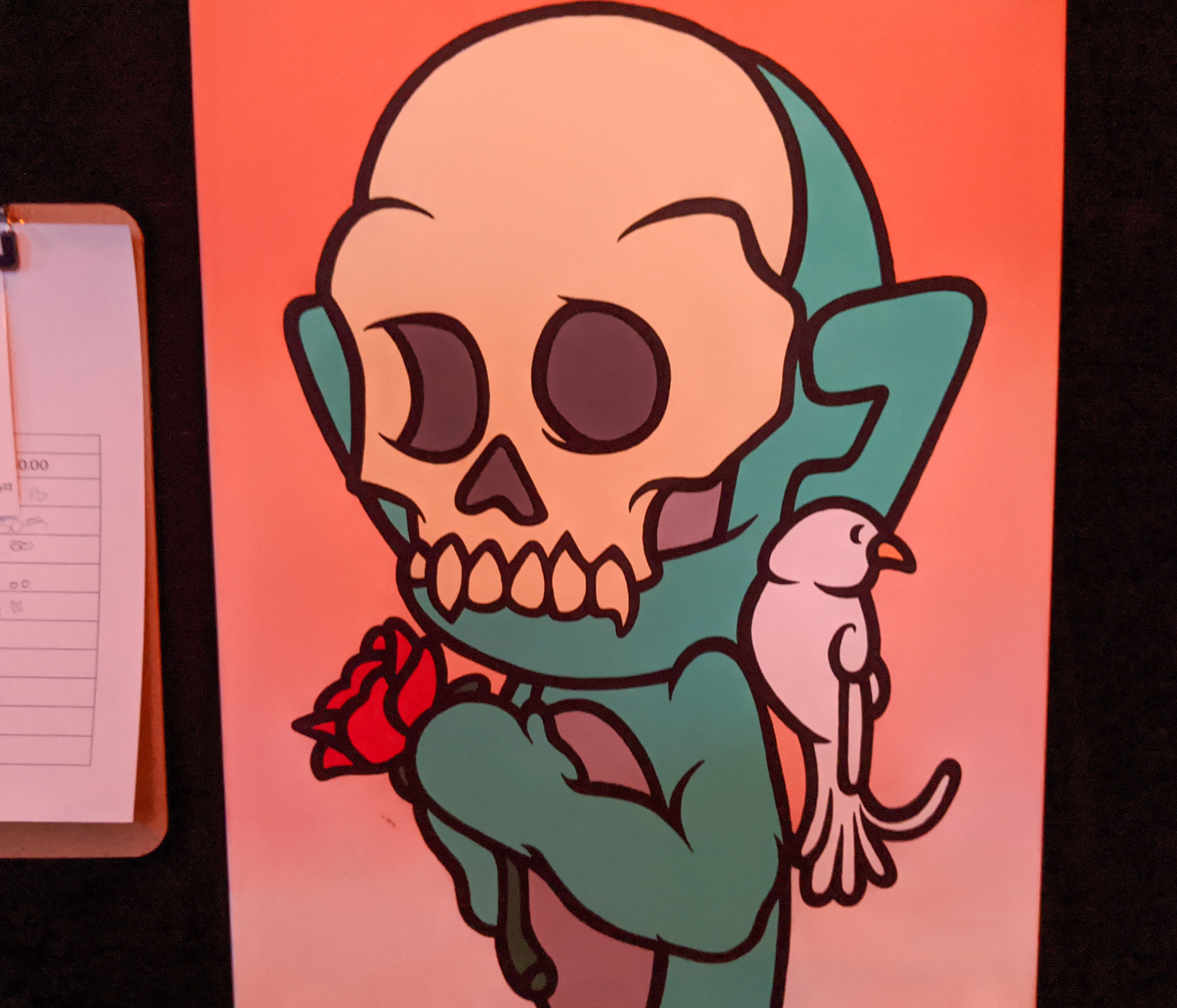 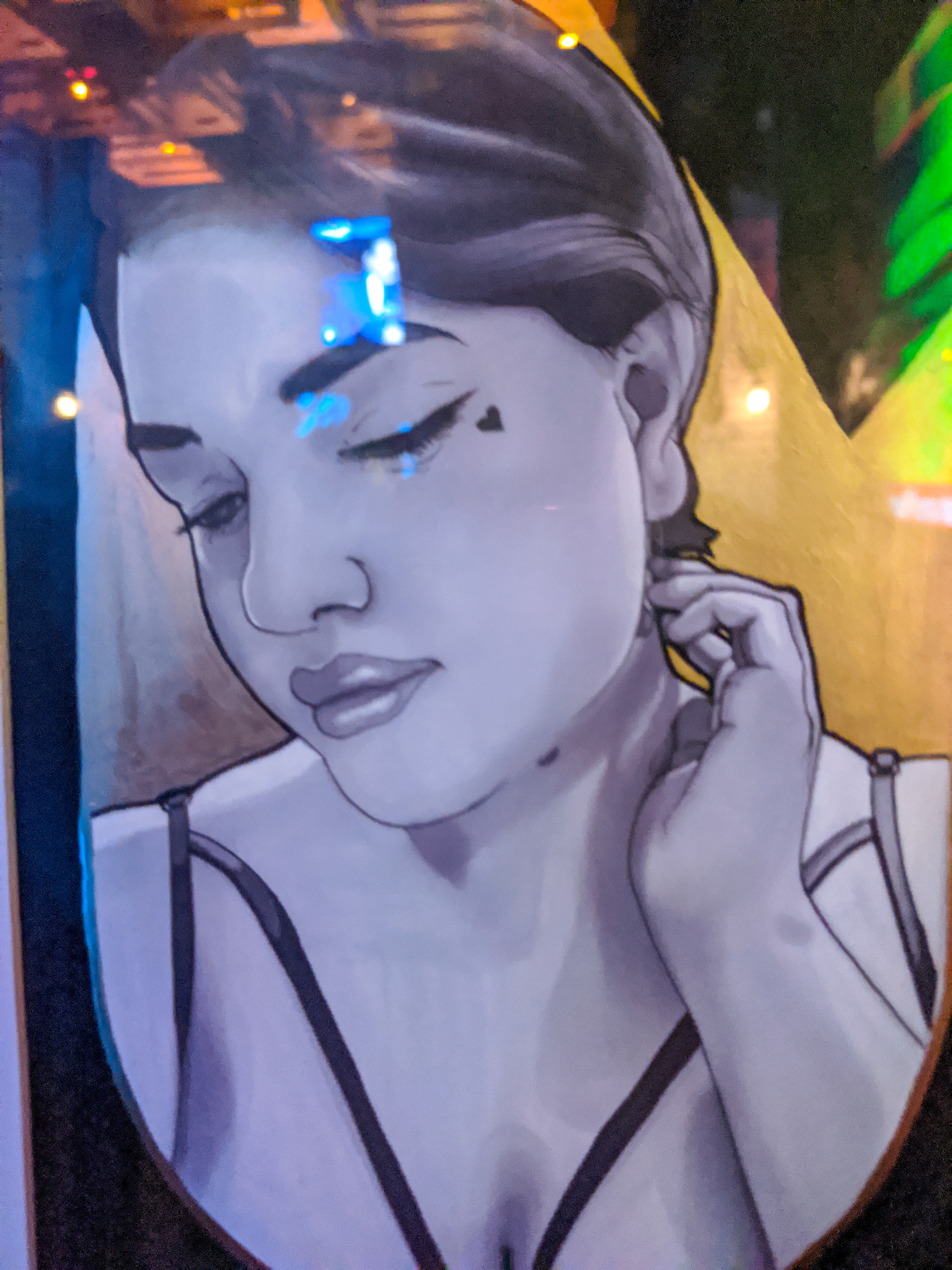 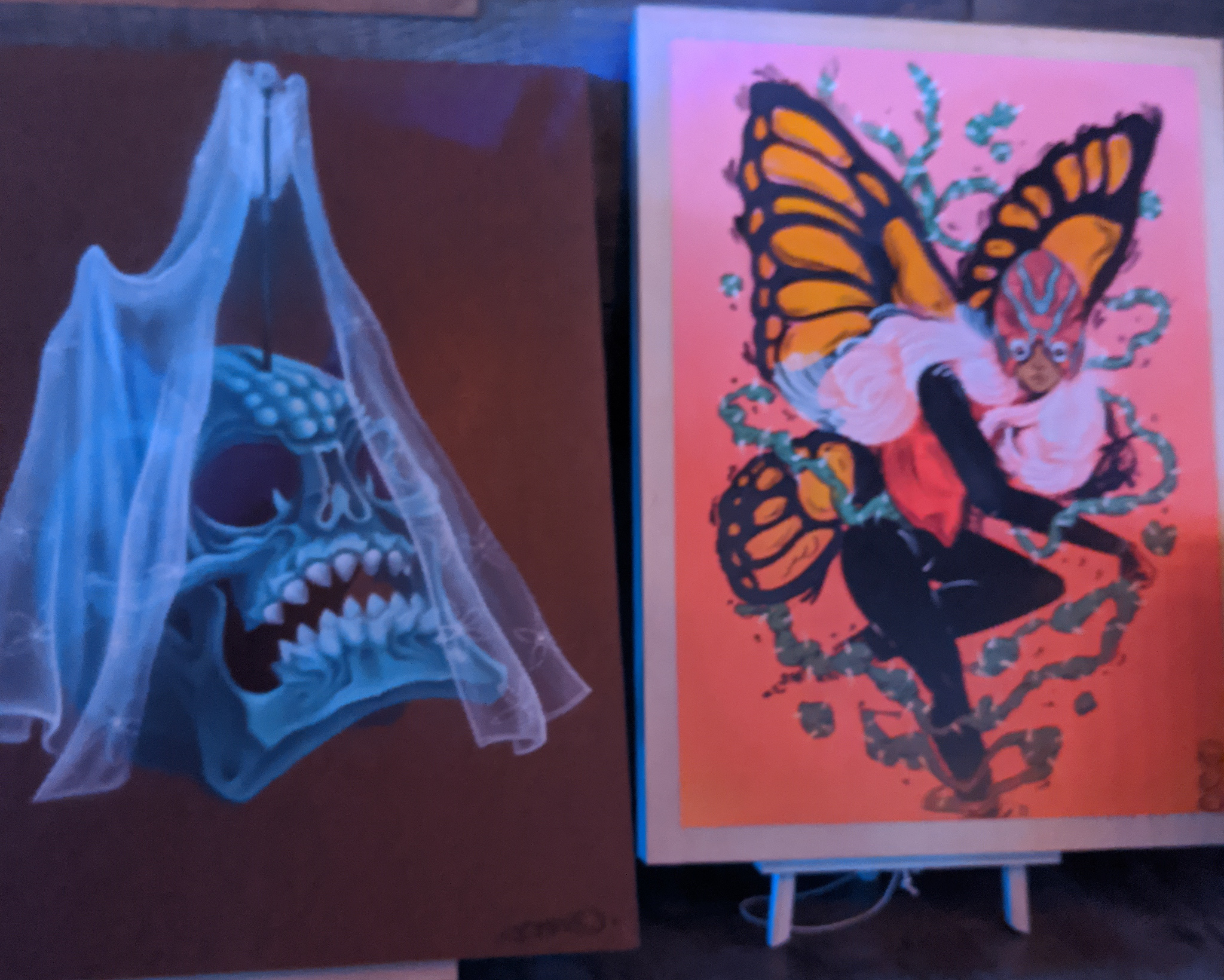 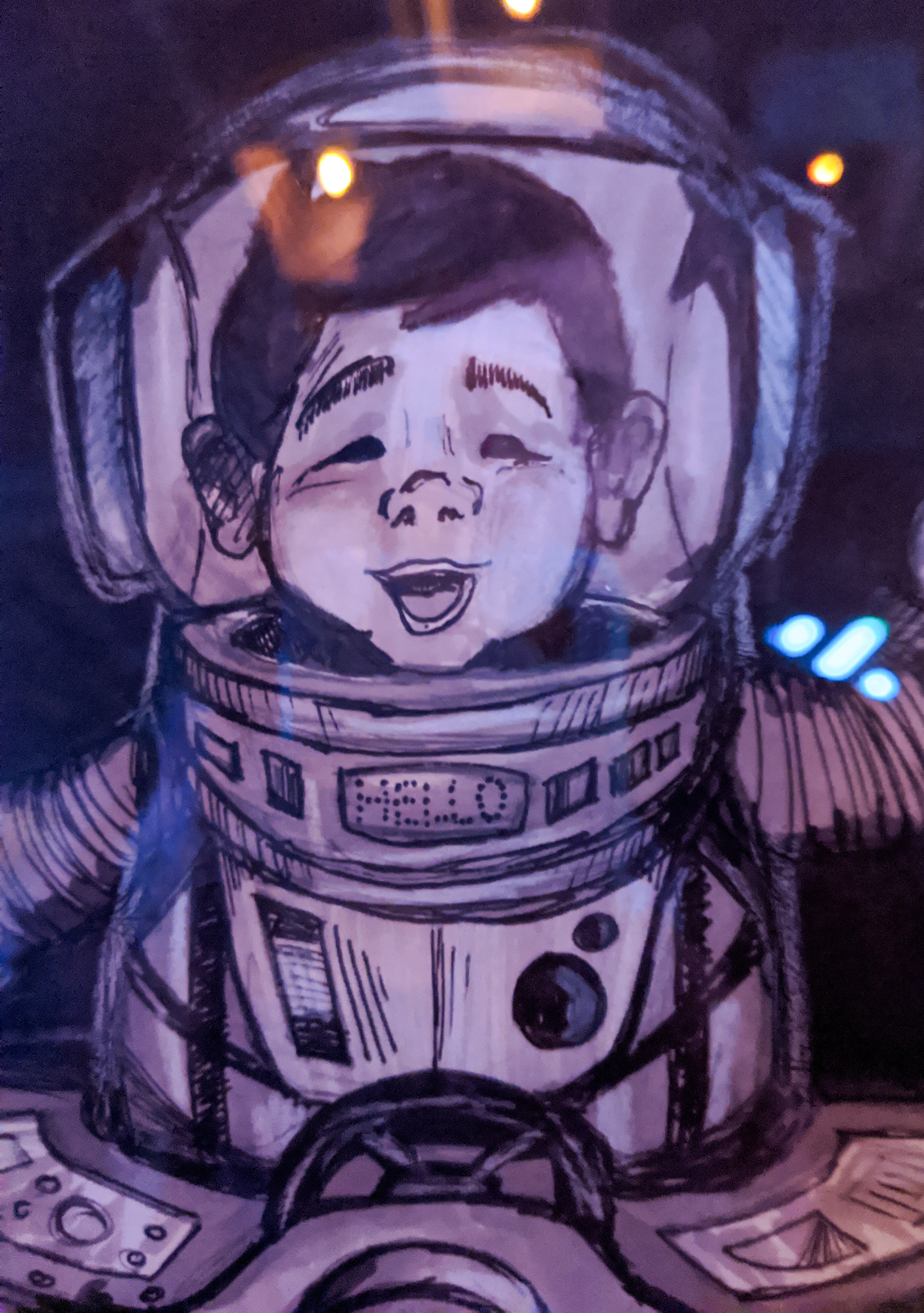 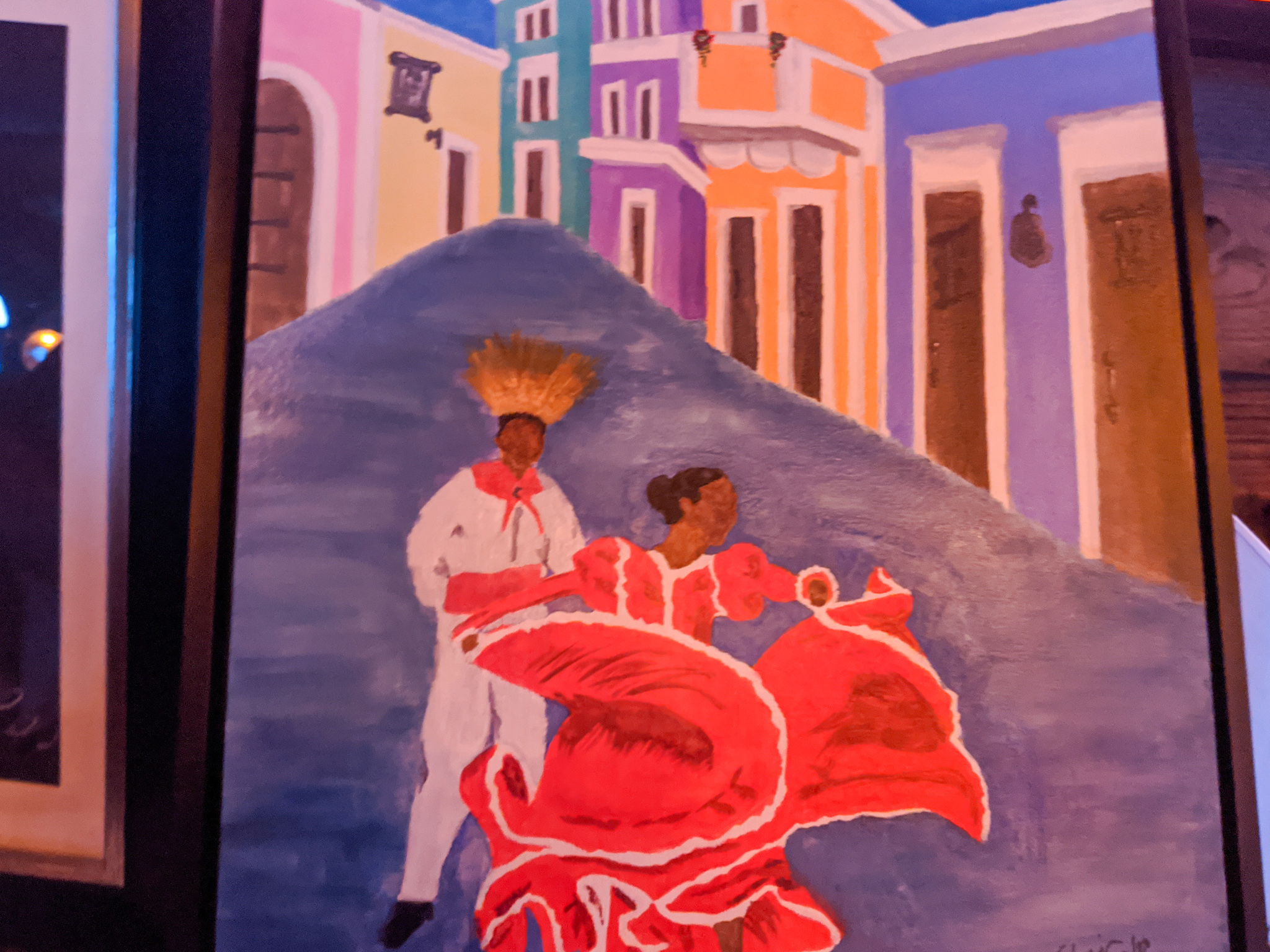 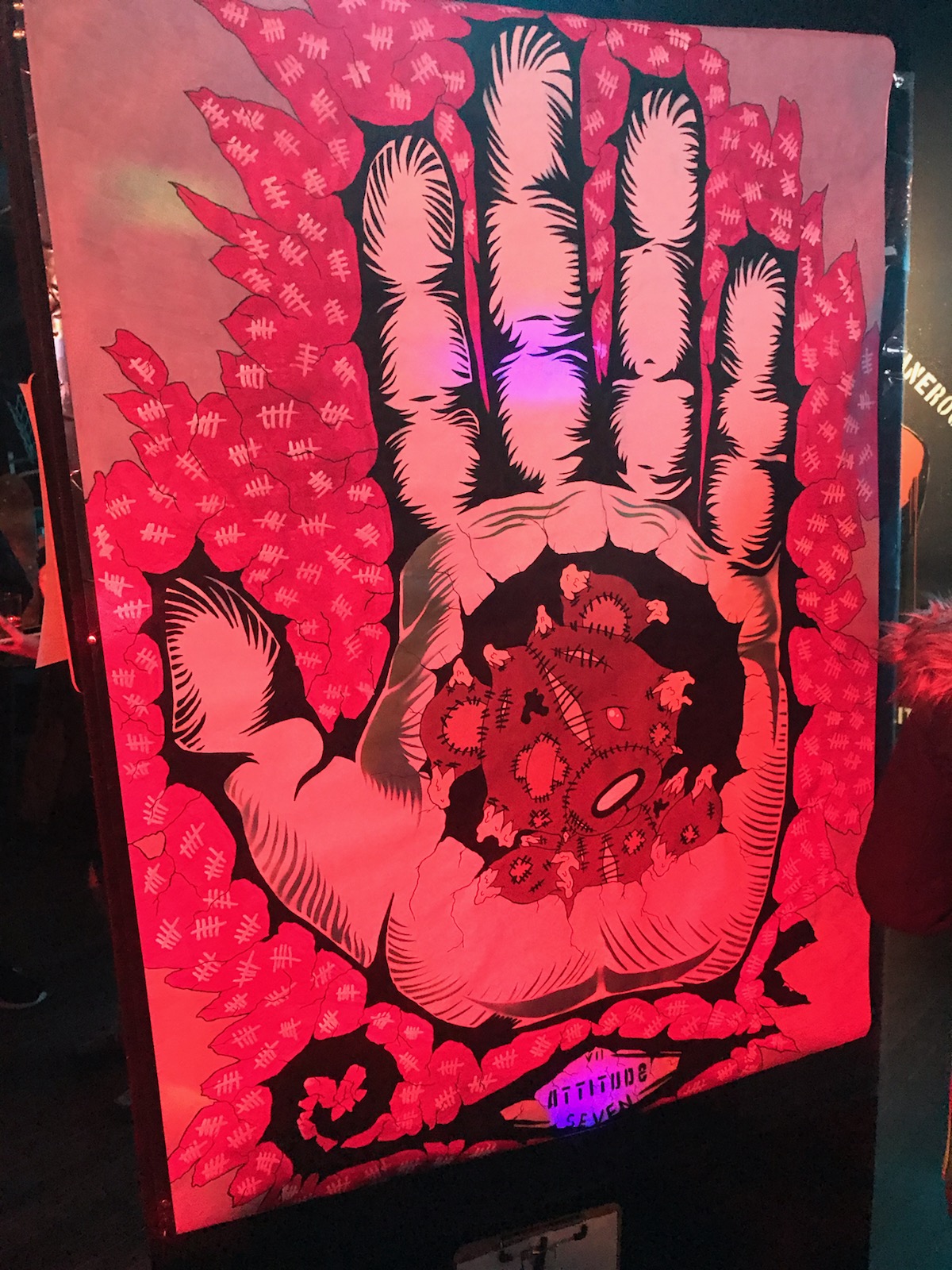 Sabrina Alicea, the director of arts and education for the Puerto Rican Festival in Chicago, said she felt honored that artists not only made art for the auction but also gave the art to them for free. Alicea and the rest of the committee of arts and education decided partnering with the Maria Fund was the correct way to go because it would guarantee that the money would go directly to Puerto Ricans on the island. The committee later announced on Instagram they raised $4,500 that night.

Among the 30 artists who contributed, big Chicago names like JC Rivera, ArtBySir, and Ali_Six_ were present. Armando Rios, known as artbymrbarbudos on Instagram, contributed a painting of Mother Nature putting Puerto Rico back together after the earthquakes hit.

"Madre Isla" . . . . . 24X30 Acrylic on canvas My largest piece to date. The process was as much fun as the final result. When I was asked to participate in the Somos Arte event I jumped at the chance. It was my pleasure to participate. I hope whoever ended up taking it home loves it as much as I do. Big thanks to @ayconchita @angievee94 @eslamaestra @ceemuniz And all the artists that also participated, I wish I couldve bid on everything! . . . #artbymrbarbudos #chicagoartist #chicagoarts #artlife #paintingoncanvas #artistsofinstagram #instagramartist #mrbarbudos #puertoricanart #somosarte …9

Rios, who grew up in Chicago, said he made the art piece to contribute and support Puerto Ricans in the most meaningful way he knew how. Rios said although he hasn’t always felt very connected to the culture because he had never visited the island, he still wanted to make that connection and help out.

Puerto Ricans have more to fight for than just relief from the natural disasters, however. With the current COVID-19 pandemic there have been more than 600 confirmed cases of the novel coronavirus and 24 deaths in Puerto Rico, according to the Puerto Rico Health Department on April 8. Puerto Rico is also working towards battling the spread of COVID-19 by implementing a $787 million package that gives bonuses to nurses, police, and other medical and emergency services. The package also includes handouts to small and medium businesses and self-employed workers that are not eligible for federal assistance.

Despite these efforts, officials like Carlos “Johnny” Mendez-Nunez, the Majority Leader of the Puerto Rico House of Representatives, say Puerto Ricans need additional federal efforts to combat COVID-19. In an op-ed he wrote for The Hill, Mendez-Nunez said that the island needs federal programs like the Adoption Assistance and Child Welfare Act and the Social Security Act to be implemented for the island among other programs as well. He also suggested implementing a moratorium on repayment of federal student loans for students.

Mendez-Nunez writes with help from the federal government and the local actions already being taken, “Puerto Rico will not only survive, but will flourish in a short time.”