Listen to the challenges that come with being a student parent in this week’s episode of Plática con Pueblo, hosted by Richard Requena. Editor’s Note: This podcast mentions suicide.

For many DePaul students, transitioning from regular classes to online learning amid the COVID-19 pandemic has been difficult. Balancing a job and school can be difficult for any student, but what if you had to also balance being a parent during this time? Pueblo spoke to the leaders of Mothers of Color Handling Academia (MOCHA), to discuss their start and how student parents can access resources from the university.

MOCHA began meeting for Open Houses in the 2020 Winter Quarter. Victoria,  Mora, a West Lawn single mother of an 8-year-old boy, took a women’s and gender studies class that would inspire the movement. The class, taught by Professor Heather Montes-Ireland, was titled, “Mothering, Work and Reproductive Justice.”

“It was a class that made me see myself as a woman, as an individual, rather than just a mother,” said Mora. “We were able to relate to the societal pressure on what it means to be a perfect mother, and how you are expected to raise your children.”

According to a 2014 study done by the Institute for Women’s Policy Research, 26 percent of undergraduate students, or 4.8 million students, were raising dependent children. When DePaul participated in a 2016 federal study on students who were parents, it was found there were about 700 undergraduate student parents enrolled at the time. Student parents face a range of unique challenges as they are typically the provider for their child, have fewer financial resources to pay for their education and often have to balance working, school, finding childcare, parenting and more.

Inside the classroom a question arose if there were any sort of groups or student organizations at DePaul for parents. At the time there weren’t. This then led to a question that would later turn into a desire: “Wouldn’t it be great if we had a space for parents to vent and get away from [societal] pressures?”

Even though Mora was taking five classes at the time, working an internship and working nights as well, creating that space for parents to have was still something she wanted for the university. Mora and Montes-Ireland would later create an independent study for the women’s and gender studies class and turn that desire into a reality in the form of a student group that would become known as MOCHA.

With encouragement from her professor, her classmates and Ann Russo, a professor of women’s and gender studies at DePaul and the Director of the Women’s Center, Mora says she felt blessed to have their support in starting the group at the Women’s Center.

Mora said she felt that having the space was also a form of empowerment not just for mothers, but also mothers of color. “People of color are still minorities in an academic setting. Let alone mothers of color are a rarity in these environments,” said Mora. “Being able to provide, no matter how big of a space for these women, that was my goal.”

Mora said starting the group also created a deeper sense of community for the parents that she had not envisioned. In the previous quarter, MOCHA hosted two open houses in the Women’s Center. About 30 people attended the first open house and seven attended the second.

Those who have experienced child loss are also a part of the MOCHA community. “They considered themselves as being part of motherhood, and yes they definitely are,” Mora said.

“Everyone has a different story,” said Brenda Washington, a DePaul alumna and Department Assistant for the Department of Catholic Studies. “We got to share our narratives with one another and also our resources.” She added that members share what they knew about resources outside of DePaul for medical needs, childcare needs and insurance for children. 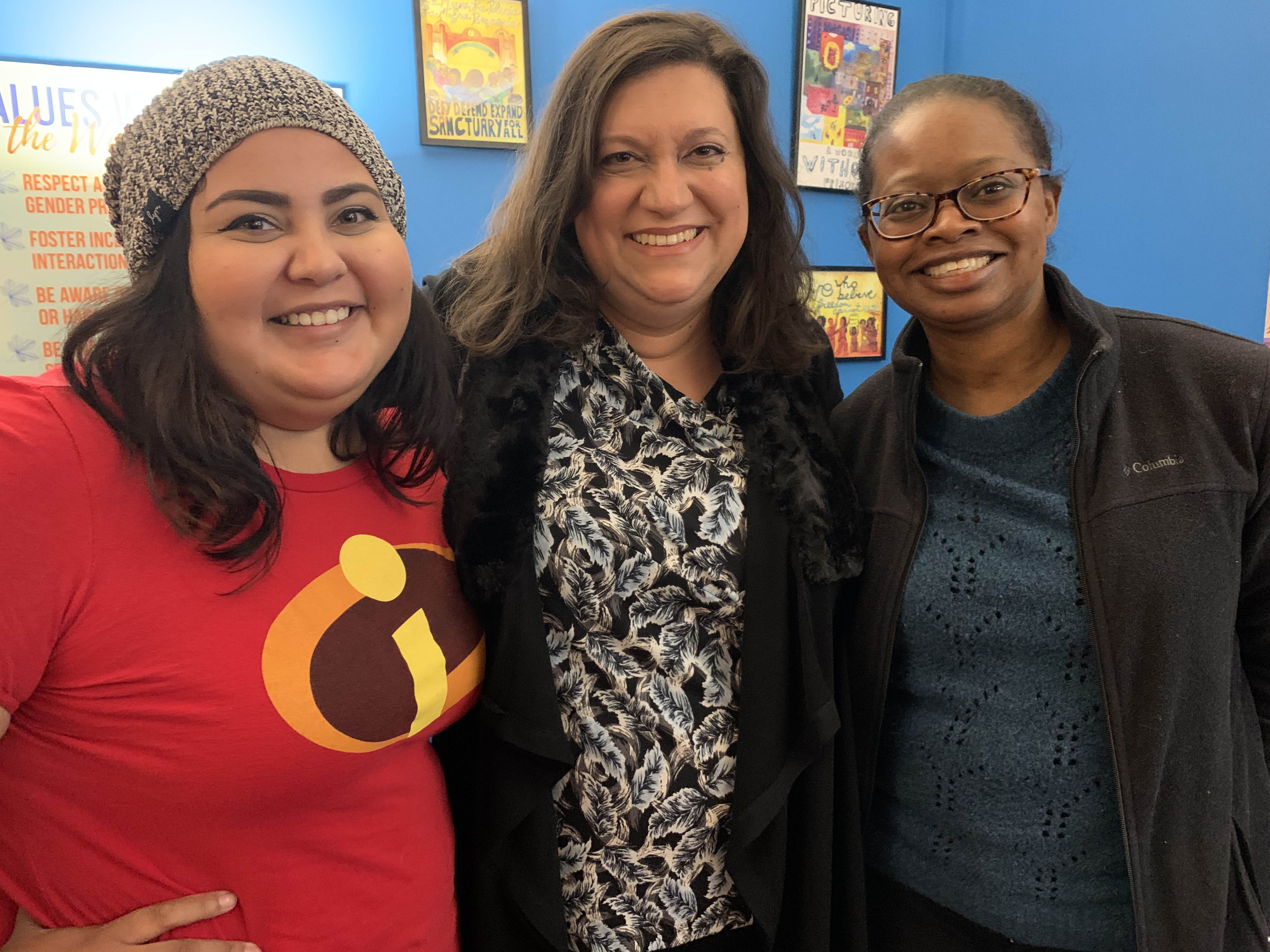 Washington is an advisor to MOCHA, where she is able to answer questions on what resources were available to student parents. Resources which include a quarterly scholarship for $3,000, private scholarships and Nursing Mother Rooms on both the Lincoln Park and Loop campuses.

Washington said when MOCHA was meeting in person before social distancing restrictions went into place, “It was a place for students to check in and a place to share with one another, and a place to hear one another as well.”

Mora graduated in the Winter Quarter, but says she still wants to be a part of the group’s growth. However, student mothers Ilse Arcineiga and Marissa Owens have now taken on leadership roles at MOCHA.

From the East Side, Arciniega, is a junior majoring in peace, justice and conflict studies and a mother to a 9-month-old daughter. Arciniega said she values communication with professors and that she hopes that professors include resources on campus for parents in their syllabi, just like the required section for resources for students with disabilities.

“I think that often professors forget that a lot of the students they have aren’t just teenagers,” said Arciniega. “We’re adults, we have responsibilities and particularly when you have children, your duties are doubled.”

Owens, a mother of two children from Oak Park, said they were worried that they didn’t have a place at MOCHA because they are not a woman of color and didn’t want to infringe on anyone’s space.

However, Owens was told that the group was meant for anyone who is a caregiver. They said that being a part of the community that is an “authentic and real space” that makes them feel welcome.

Owens said it can be difficult for student parents to be involved with after-school activities because of the time commitments that go into being a part of them. Between their work, commuting, being a parent and going to class, they said there isn’t much time to do everything they want to do.

With COVID-19 and social distancing restrictions, MOCHA has had to look towards making changes to their schedule for the rest of the year. They had to cancel an open house and a spring picnic that could have possibly given them more visibility for mothers on campus. Even so, they are still planning to be an accessible resource for student parents at the university.

For more information on the resources for student parents at the university during COVID-19, students can contact James Stewart of the Office of Student Affairs at james.stewart@depaul.edu. Student parents are considered adult students because they have a child, regardless of their age.