Breaking Down Barriers Through..

This story was the winner of the DePaul Activities Board’s Scary Story Contest held in May, in which the winning story won publication in 14 East.

I never thought Cortelyou Commons was spooky; if I did, I wouldn’t have volunteered for event clean-up. The crimson-red arches on the ceiling created long shadows. The heavy chandeliers glowed, just barely, flickering on and off. The tall dark windows, full of dust and cracks, contorted the moonbeams. Being alone in Cortelyou, with only my footsteps creaking on the old floorboards, was eerie.

Good thing it’s not October, I thought, as I picked up garbage. That’s when I heard a strange noise. I had heard Cortelyou was haunted but I didn’t believe it. It’s not a ghost, I thought, moving decorations. I brought out my phone to call my friend, just in case.

The call didn’t go through. The phone service vanished and my screen went white. Shaking vigorously, I saw something move in the corner of my eye. Clutching my phone so tight it might shatter, I recognized the figure staring back at me. His gray eyebrows arched aggressively, giving him a permanent frown. His thin lips were pressed together, his small eyes black holes. 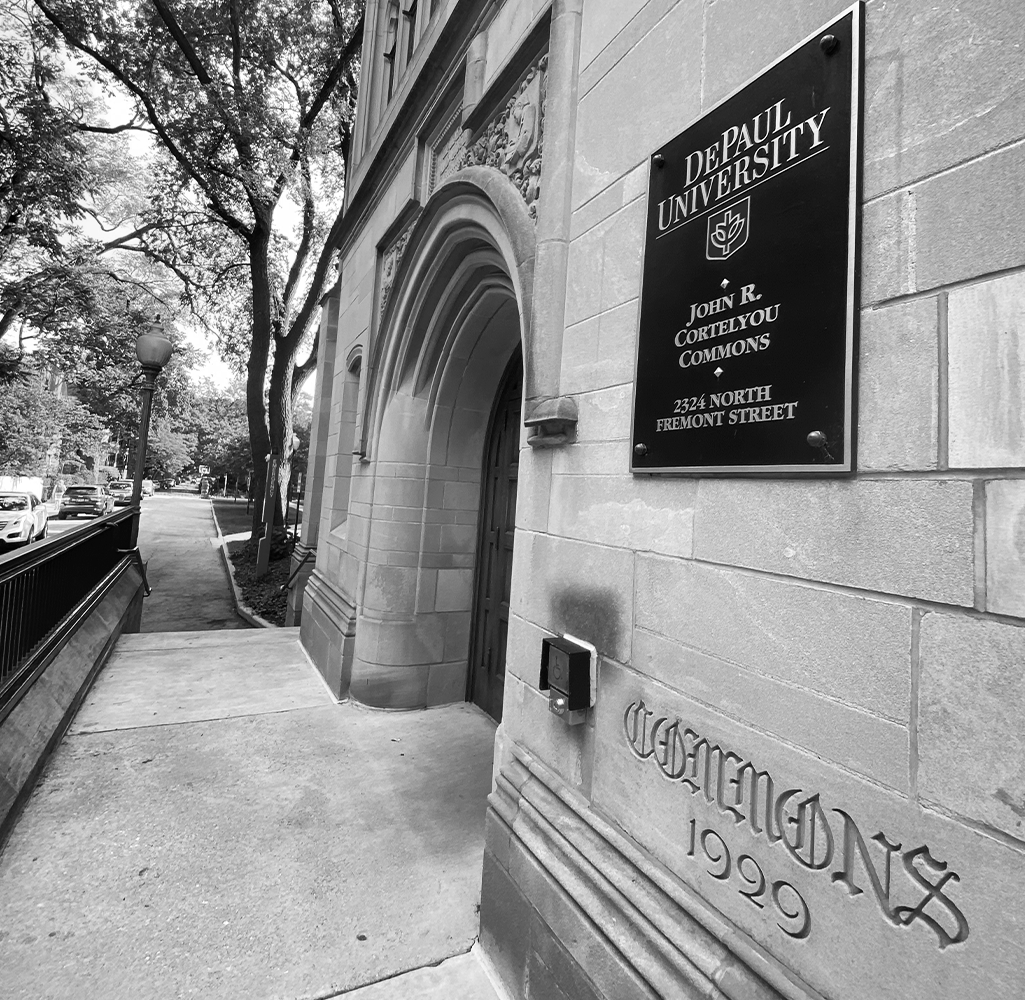 It was John Cortelyou. Dori, you must calm down, I said, taking deep breaths. I turned around, reassuring myself that it was just a painting. I felt his beady eyes on me. Watching the portrait carefully, I slowly backed out of the room.

Ghosts can’t be real, I repeat to myself. They can’t – That’s when I saw him move. The portrait glowed an electric yellow, a light shining through the cloudy ink. His head swiveled to face me. He smiled, his yellow teeth glinting. There was a mystifying shine in his eye. Almost admiration? Endurement?

“What do you want?” I screamed at him. He smiled again, and the air went ice cold. With one raise of his eyebrow, the grand, wooden doors slammed, leaving me trapped.

I ran and banged on the door, yelling for help. When the air in my lungs depleted, I turned around to see him writing on the wall. He turned slowly, his eyes glowing like fire embers.

It was a heart. “Love?” My lips quivered but curiosity overcame me. “Love,” he said, his crooked smile rising to his eyes. “Forever.” His voice echoed through the hall, before everything went black.

I slowly opened my eyes to see Cortelyou, looking as normal as ever. I felt the weight leave my body. I’m okay, I thought with a comforting smile. There are no such things as ghosts.

That’s when I realized I couldn’t feel my legs. I tried to look down, but I couldn’t move. I rotated my eyes to glimpse around. There was only the beautiful wooden wall of Cortelyou in front of me and some kind of frame.

I was in the portrait. No, I was the portrait. I heard a sound from another painting, recognizing John’s voice. “I’ll never be lonely again,” he said.

I nervously raised my eyes to meet his. He cackled and I felt my soul bleed slowly into the ink of my picture.